We have entered the month of the Spring Equinox, and it is time for me to look over my photo archives for March three years ago. I will keep an eye out to depict favorite memes: Critters of all kinds (especially birds and butterflies) flowers, fences, skies, reflections and scenes which speak for themselves.

We spent the entire month of March, 2017 at home in Florida. Any month is a good month when it starts out with a male Painted Bunting: 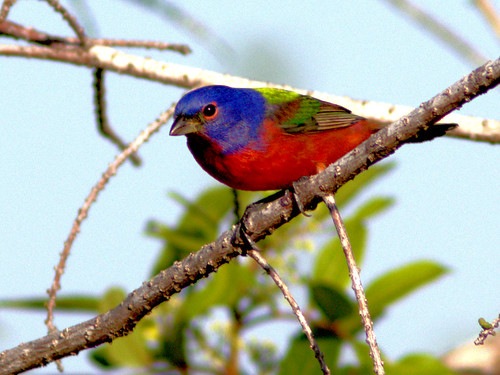 On March 3 we got our first look at the second eaglet which hatched out after the parents lost their first clutch in January. (Coincidentally, the eagles lost their first brood this year as well, and are now incubating their second clutch.) Only the top of its head is showing: 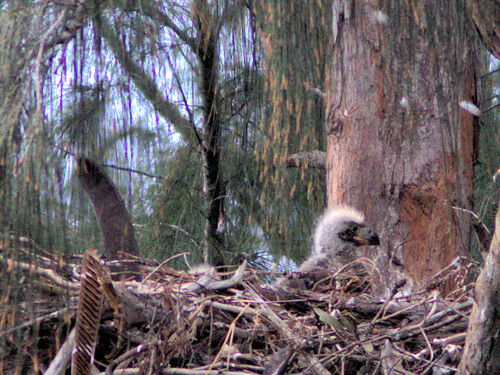 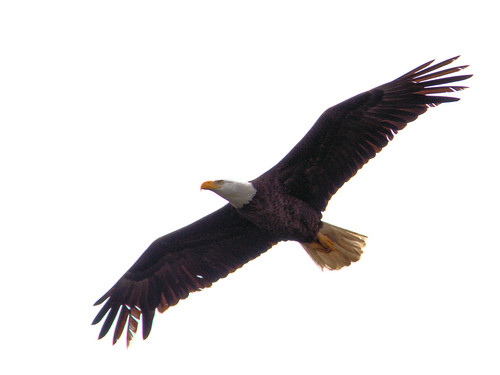 The larger female, Jewel, took her turn and passed so low that I could not fit both her wingtips in my viewfinder: 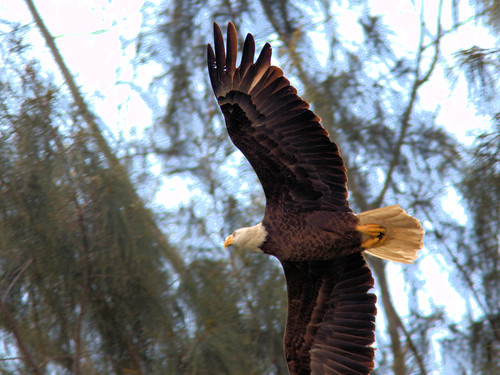 We visited MaryLou's brother in Central Florida. At Paradise Park in Lake Mary we saw a flock of American White Pelicans in a coordinated formation. Although they may seem ungainly on land, they are so graceful in flight: 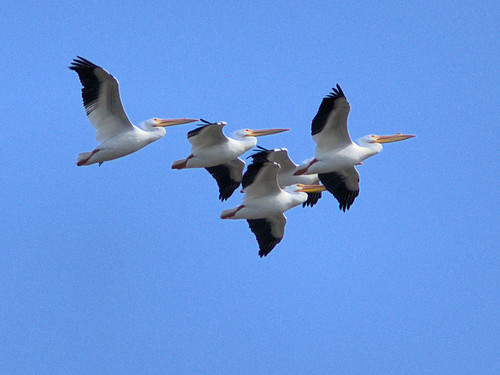 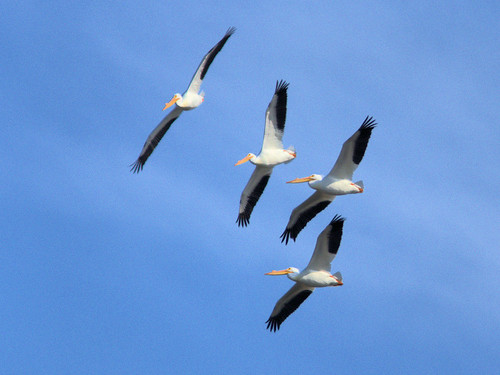 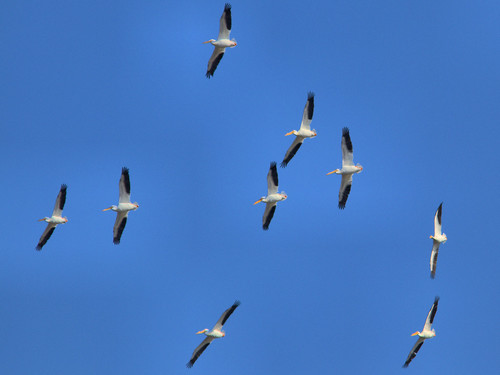 Back home, an Eastern Screech-Owl perched out in the open: 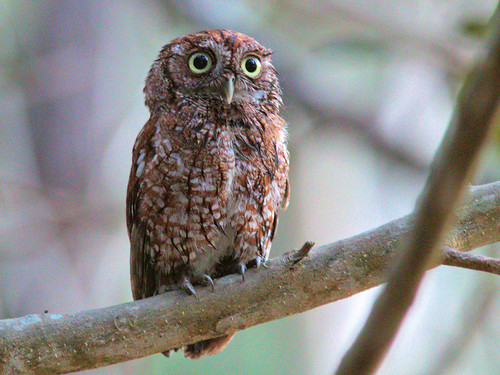 A young Virginia Opossum peered down from the branches:

A full Worm Moon emerged from behind a cloud... 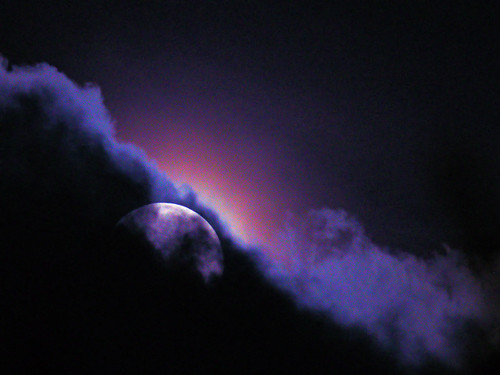 ...and settled into the lake: 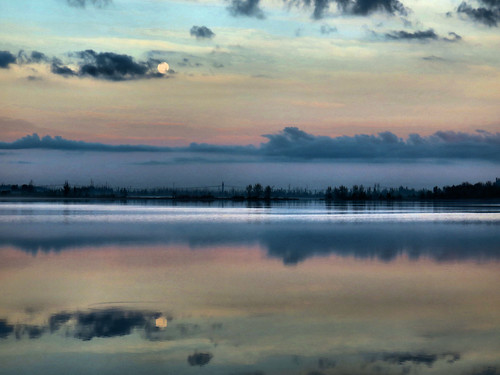 An immature Little Blue Heron is piebald, beginning to change into dark adult plumage. It appears to dance gracefully at the edge of the lake: 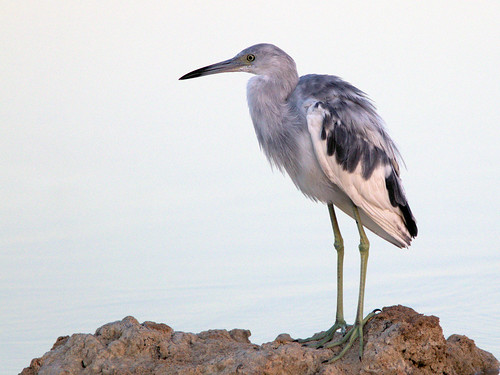 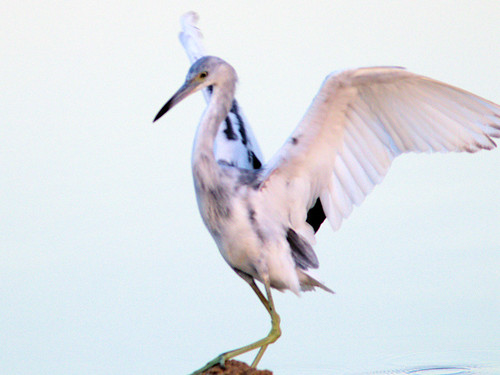 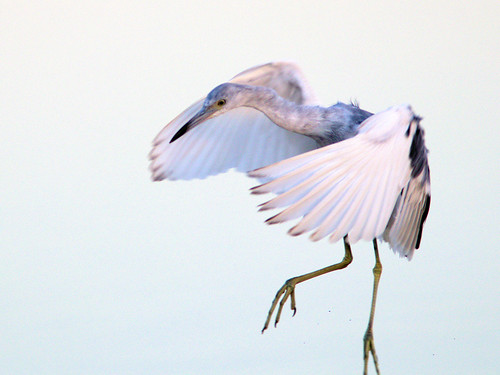 Now it reflects on how to catch a fish: 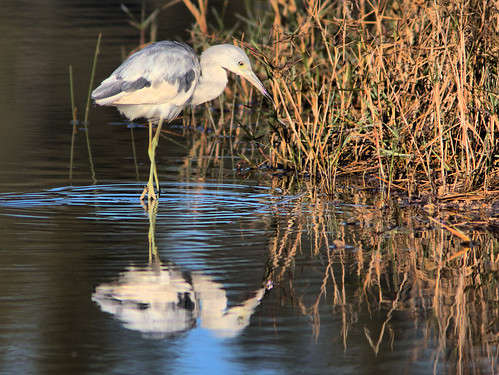 Two Tricolored Herons discuss the catch of the day: 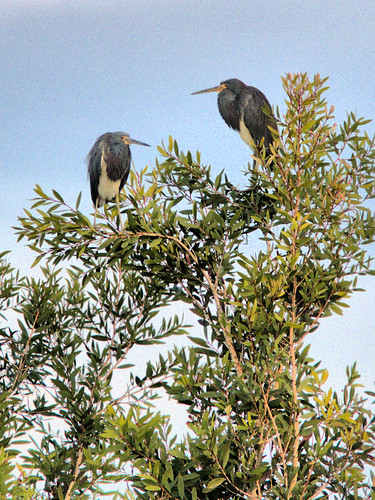 A Gulf Fritillary basks in the morning sun: 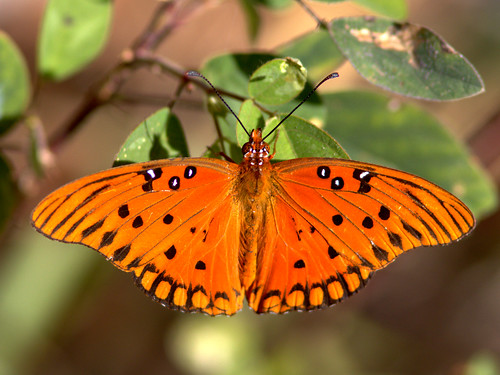 We do not see a riot of showy spring wildflowers. Indeed, you would need a magnifying glass to see the beautiful blooms on this "weed:" 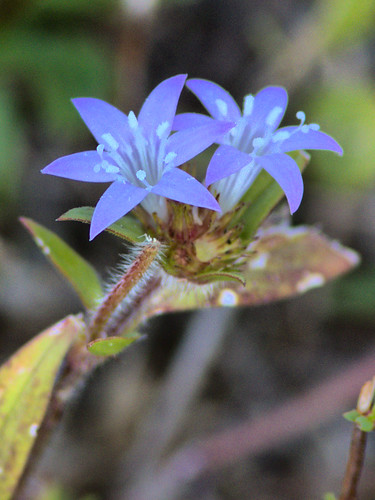 The tiny flowers of Shepherds's Needles (Bidens alba) produce more nectar than any other native plant in Florida: 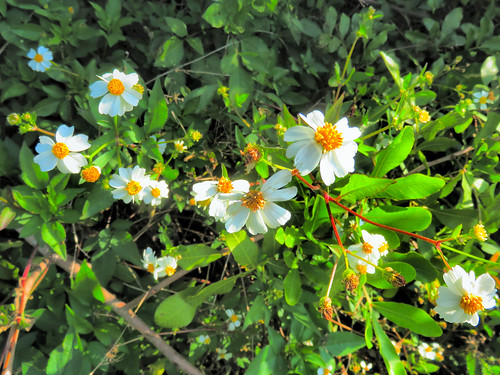 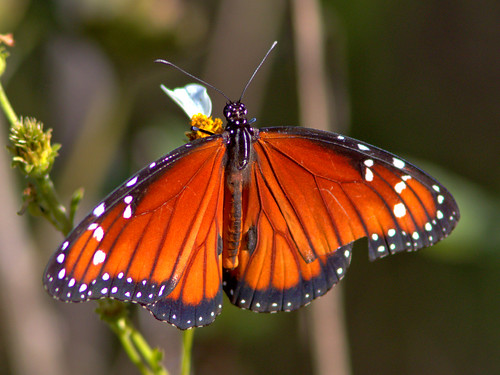 A Florida Tree Snail climbs up a reed. There is great variety in the color and patterns of their shells: 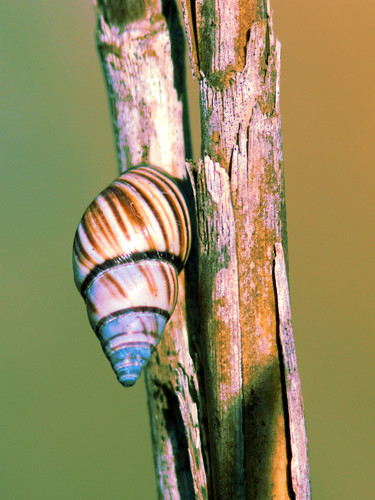 A Red-winged Blackbird sings in the marsh from atop a Pond Cypress. The tree's drooping clusters of male flowers emerged in autumn. They will soon be producing pollen for the female cones which develop at the tips of the branches before leaves appear: 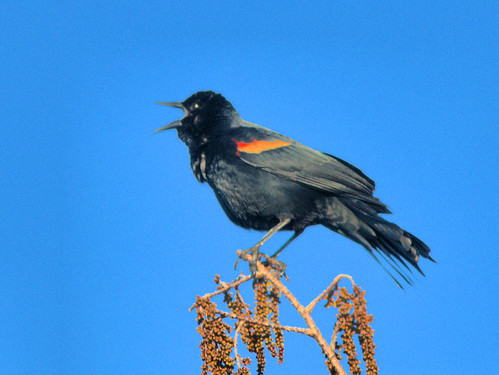 A Gray Catbird fattens up on Brazilian Pepper before migrating to the north: 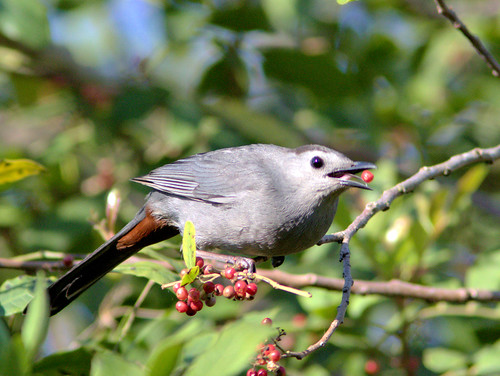 The Northern Parula warblers will also be saying goodbye: 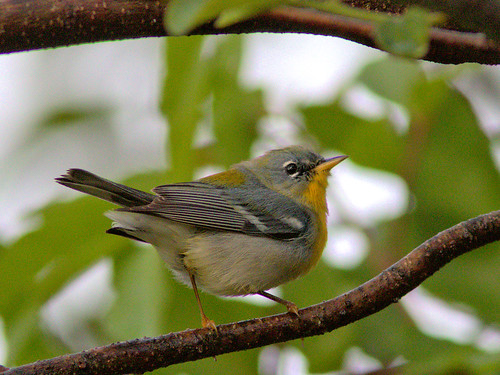 A male Yellow-crowned Night-Heron raises his head and shoulder plumes to impress his lady friend: 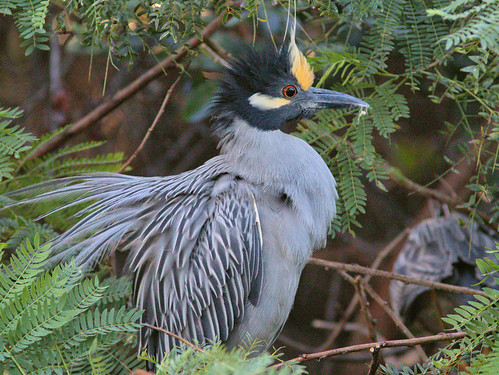 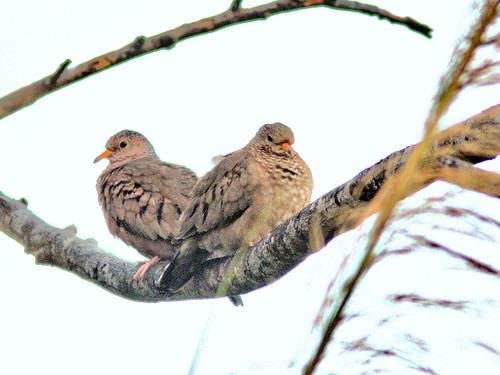 "Sundial Alley" faces due east, aligned with the rising Sun on the day of the Equinox: 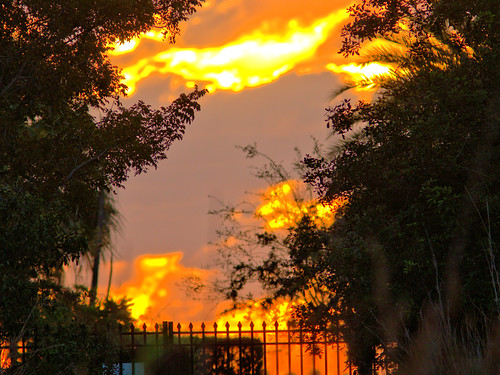