As I do each month, I enjoyed looking back over my archived photos, taken three years previously, to remember how things were then and maybe get some idea of what to expect this year. (A big difference is that during the present year we never got back to Illinois because of the Coronavirus pandemic.)  As usual, I searched for images which reflected favorite memes: critters of all kinds (especially birds), skies and clouds, reflections, flowers and fences, as well as scenes which speak for themselves. We began the month at our second home in Illinois, after just returning from our stay in New Mexico after Hurricane Irma affected our south Florida home.

On the first day of October a walk in Hawk's Bluff Park near our daughter's second home in Batavia, Illinois yielded a sighting of an immature Cooper's Hawk. It was in the same tree where it may have been raised by the resident pair which nested there earlier in the year. Indeed, the park was named after the area which it preserved, where ancient oaks were home to Red-tailed Hawks as well as this species: 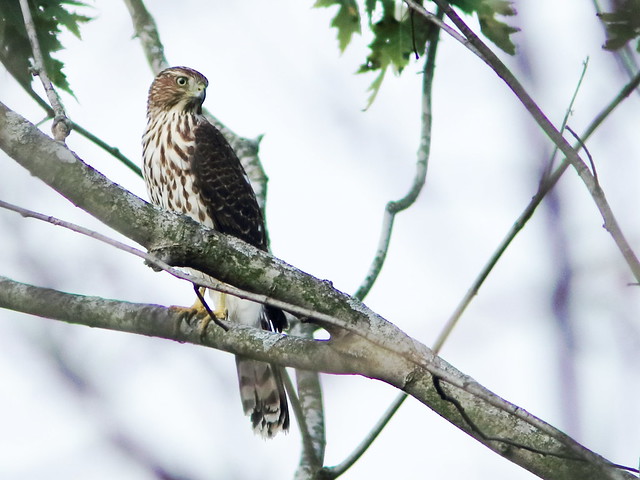 Lippold Park, also in Batavia but across the Fox River, had a newly constructed pavilion with a boardwalk and an elevated viewing platform: 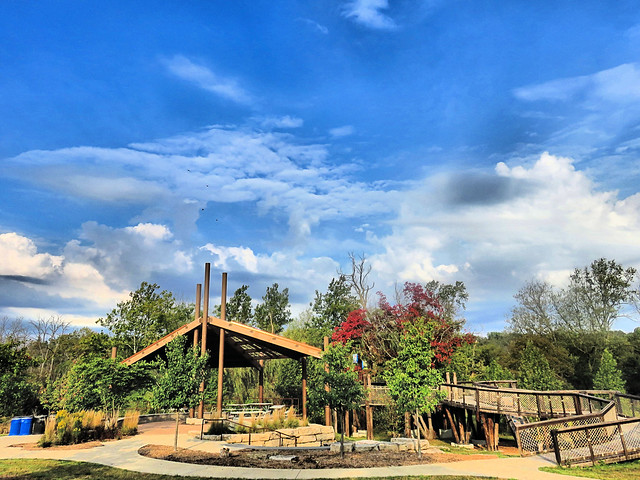 The boardwalk traverses a pond and leads to the river's margin: 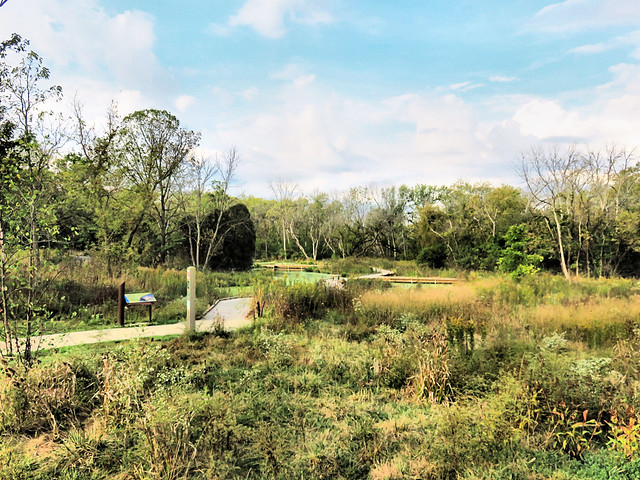 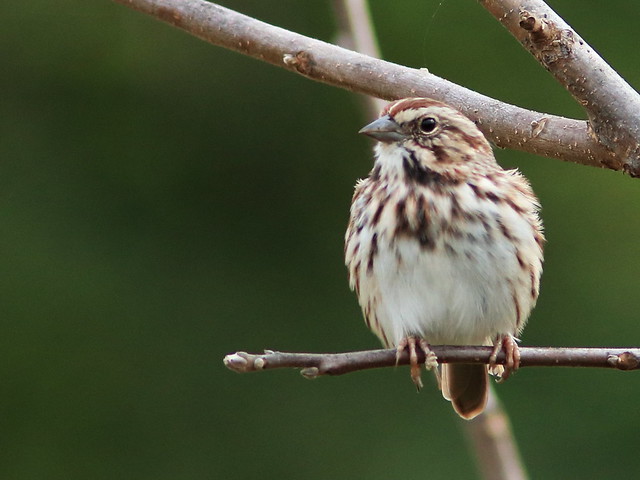 We hiked and birded at our favorite Batavia location,  Nelson Lake Marsh/Dick Young Forest Preserve. One of its several trails crosses a creek spanned by "Audubon Bridge," amid a mixed habitat of prairie, wetlands and woodlands: 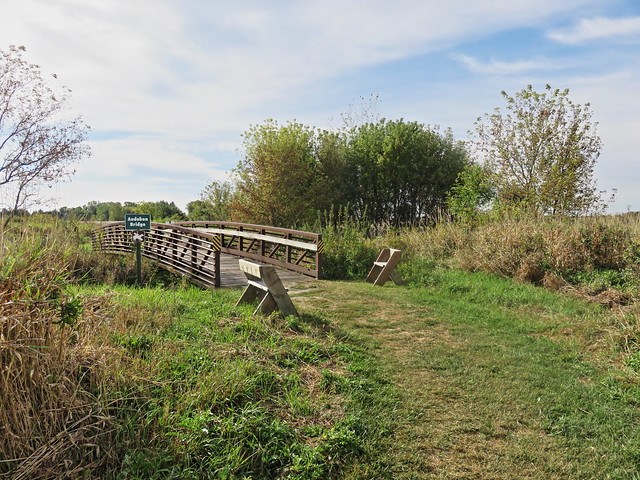 We saw many White-throated Sparrows,... 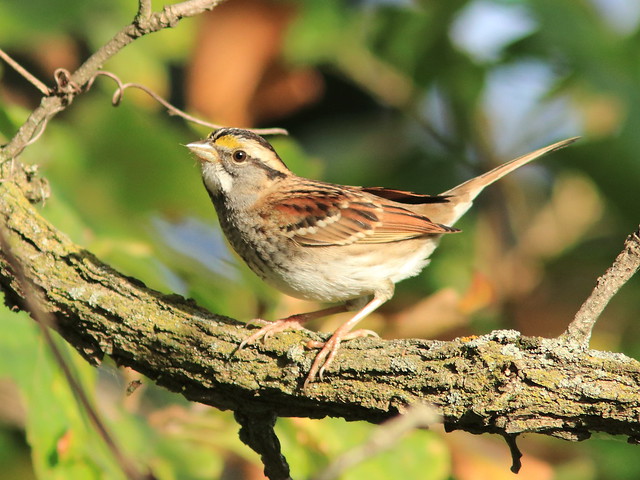 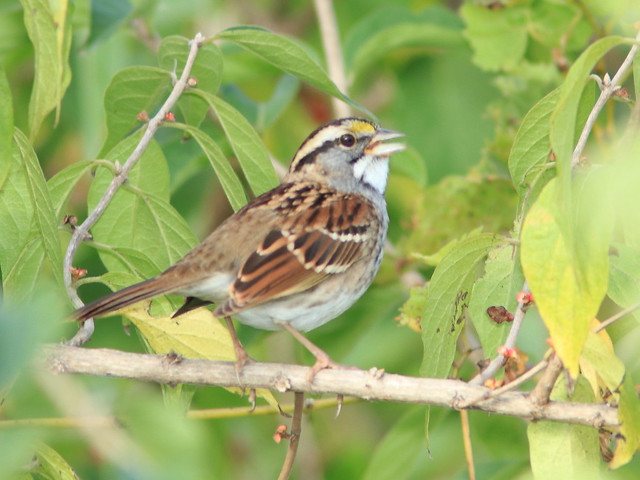 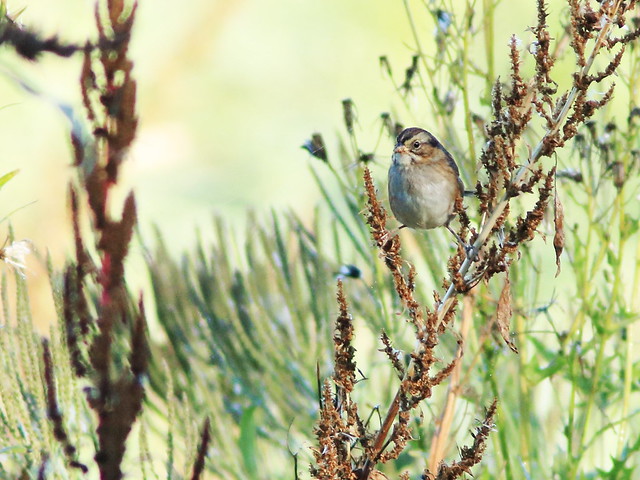 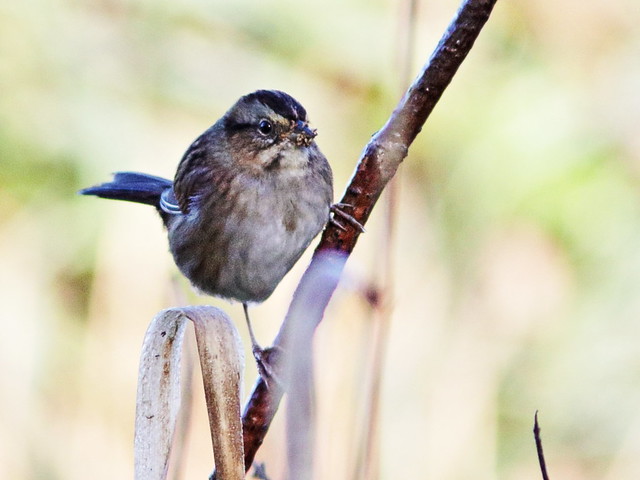 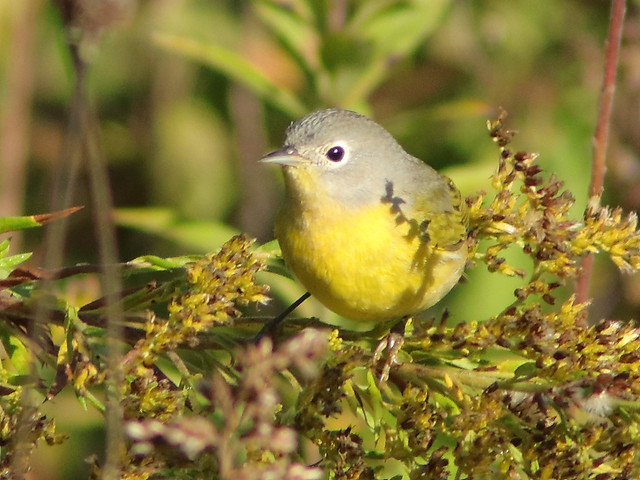 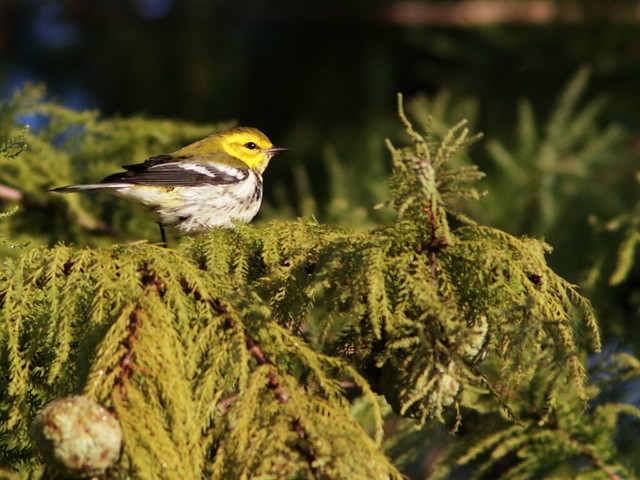 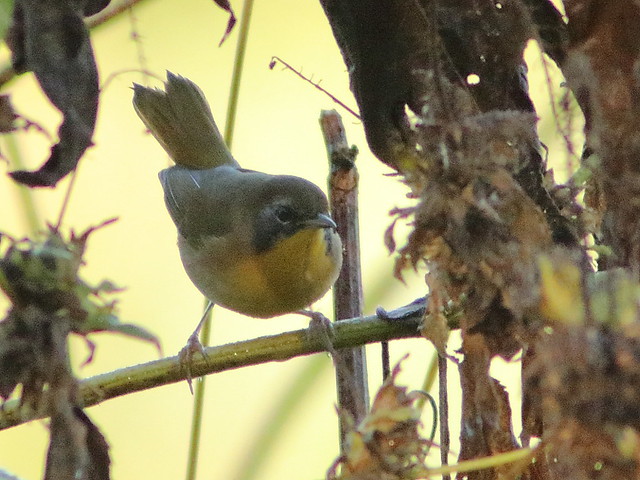 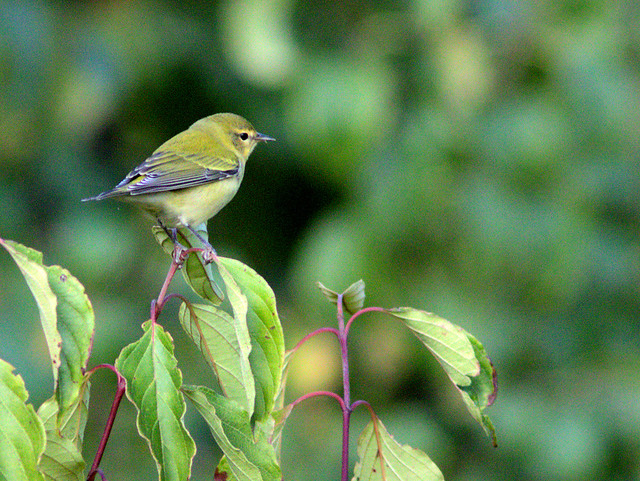 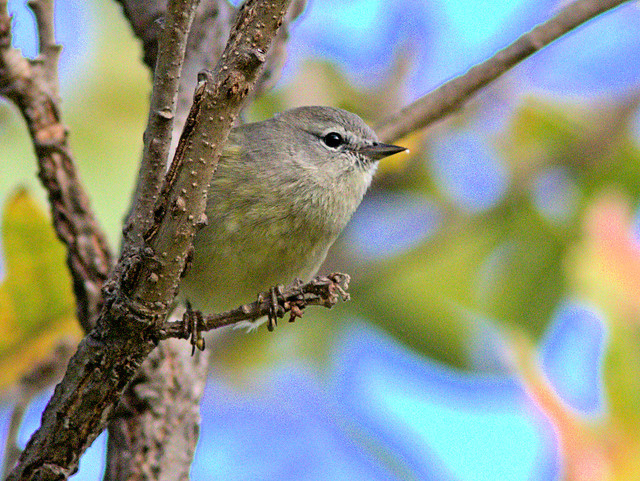 ...and both kinglet species, here the Golden-crowned Kinglet: 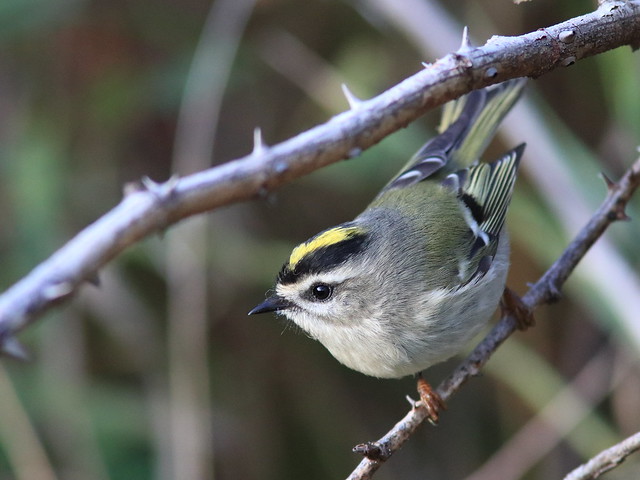 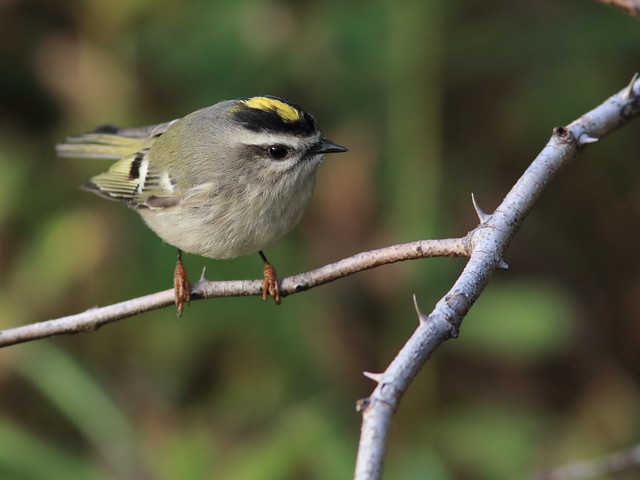 Male Golden-crowned Kinglets show a variable touch of scarlet in their crowns... 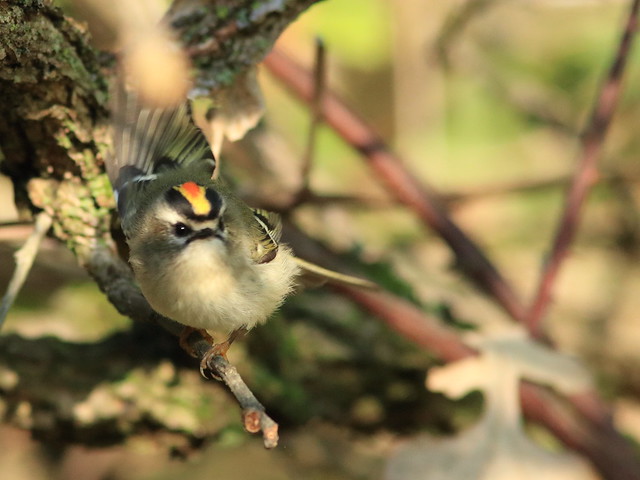 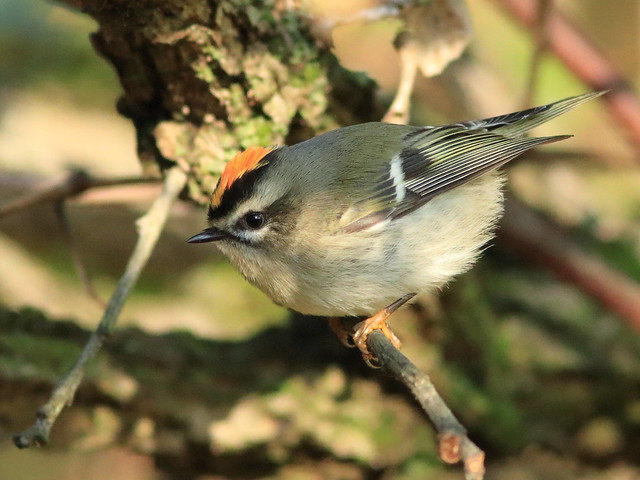 ...but a Ruby-crowned Kinglet refused to display a red crest (or maybe it was a female who lacks one): 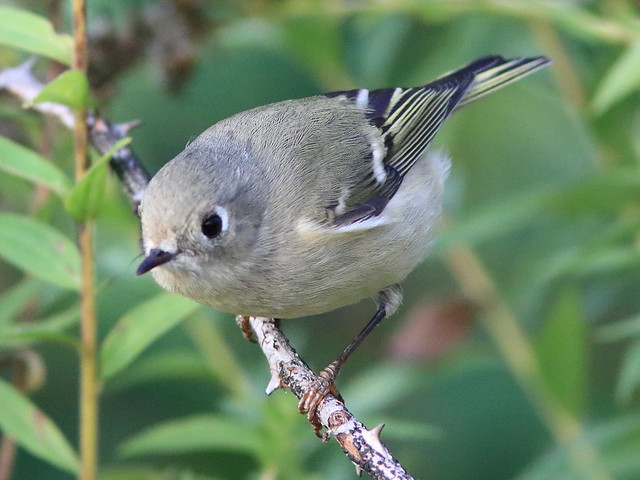 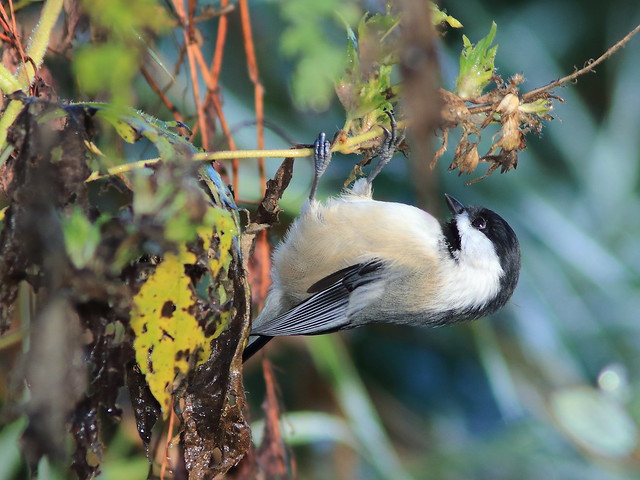 One last look at the fall foliage before  we "migrated" to our southern home for the winter: 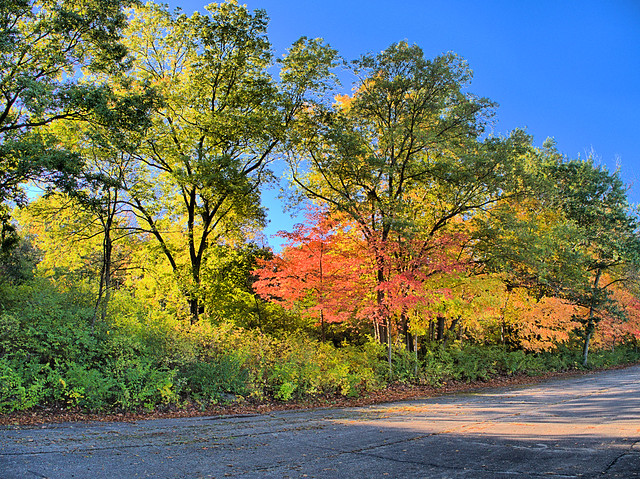 Back in Florida, Hurricane Irma had inflicted much damage in our local Wounded Wetlands. The wind had uprooted an entire grove of fruiting Trema trees. They are an important source of winter food for wildlife. Almost all of the larger Tremas were stripped of leaves and most were knocked over. It would be almost three years before any survivors or saplings again set fruit: 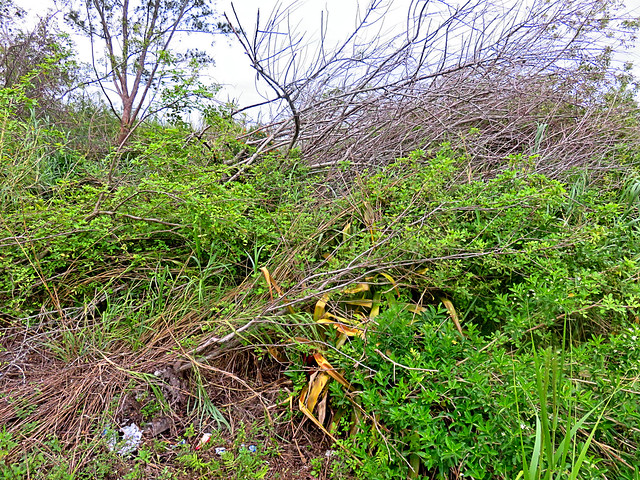 The Yellow-breasted Chat is a burly warbler-like bird which had just been reclassified as a non-warbler and placed in a family all by itself pending resolution of its relationship to other songbirds. This was only my second-ever local sighting, on October 28: 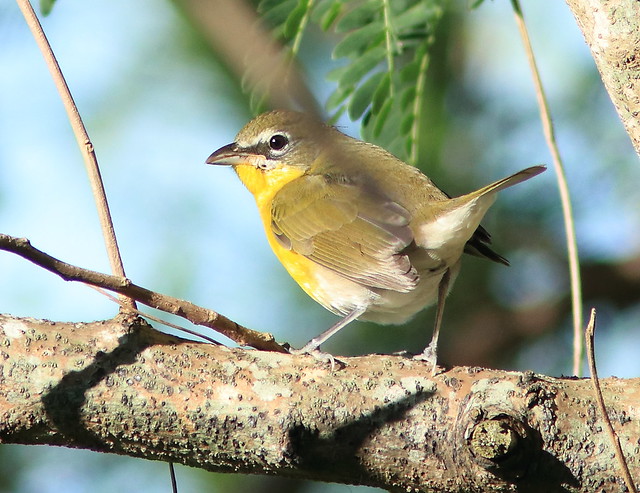 Here is a nice view of a male Common Yellowthroat to complement the female I had photographed in Illinois: 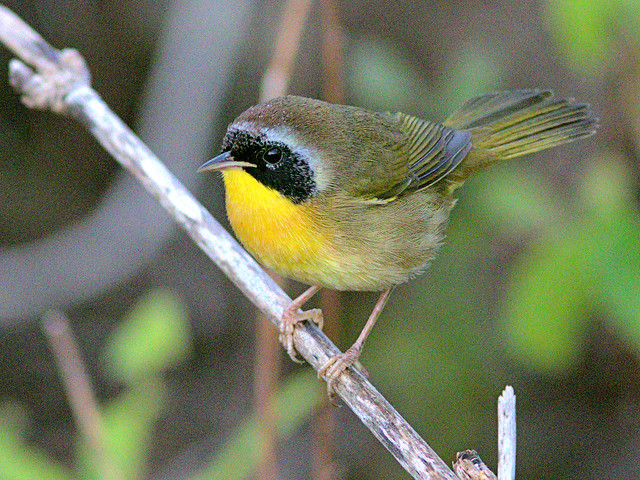 An Eastern Phoebe in habitat: 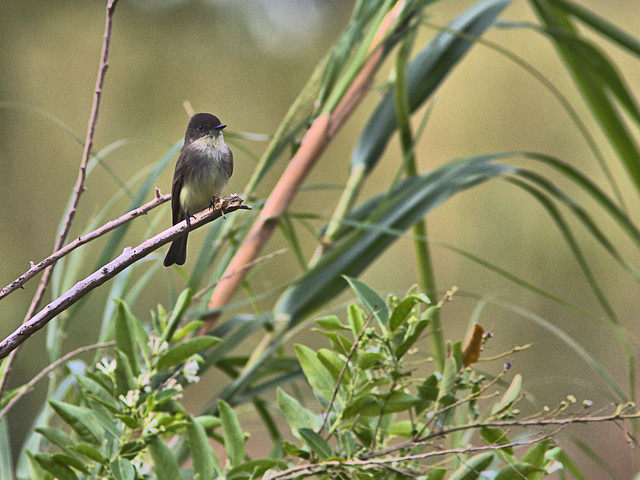 An Adult Bald Eagle flew low over the Wounded Wetlands: 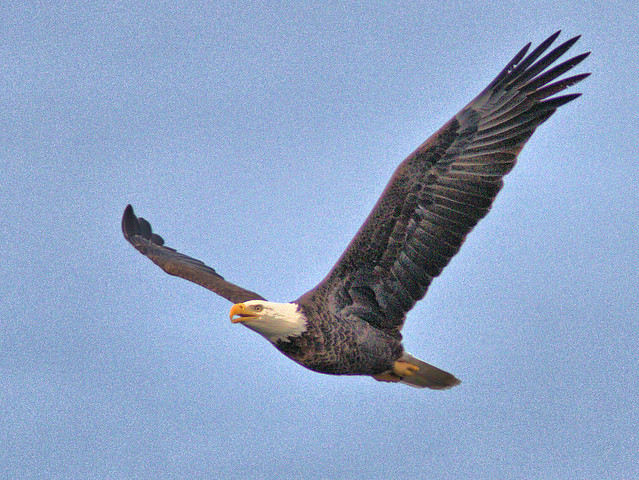 Tropical Storm Philippe, the seventh named storm to strike Florida during 2017, moved in on October 28. The skies turned dark and we rushed home ahead of the rain. Wind damage was minimal: 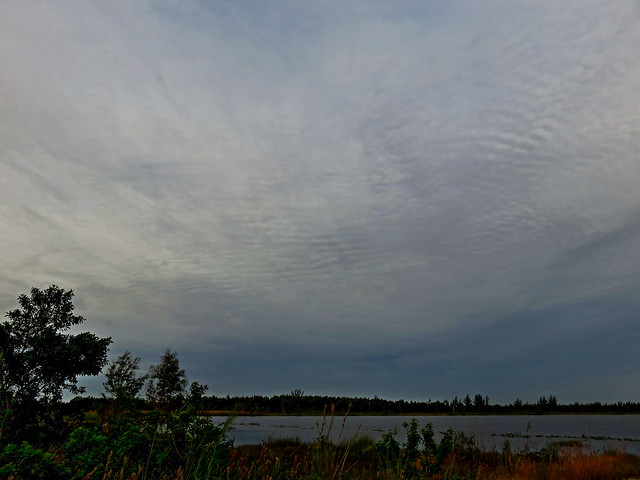 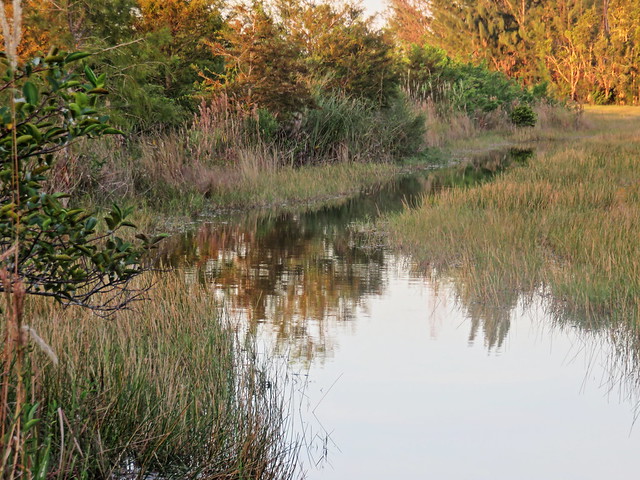 Posted by Kenneth Cole Schneider at 5:00 AM