I combed the archives of photos taken three years back and searched for images which reflected favorite memes: critters of all kinds (especially birds), skies and clouds, reflections, flowers and fences, as well as scenes which speak for themselves. We spent the entire month of November 2017 at our principal home in Florida and saved 340 images.

On the first day of November, a Great Blue Heron allowed my close approach before lifting off over the local wetlands: 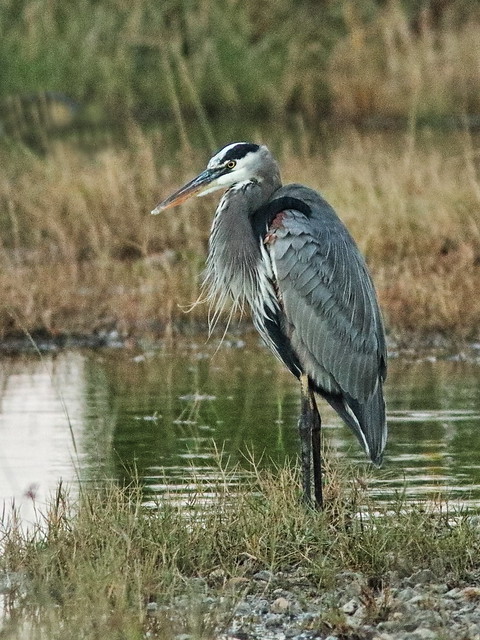 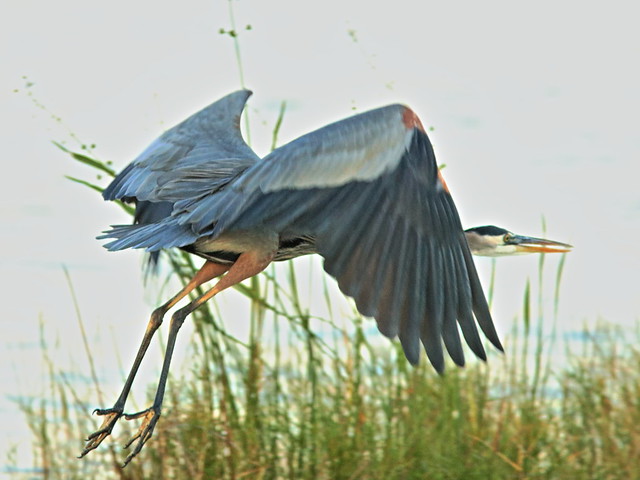 A male American Kestrel roosted on top of an Australian Pine and then took flight: 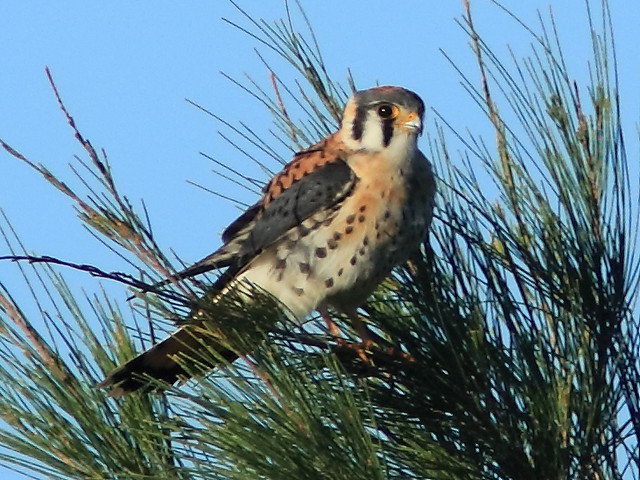 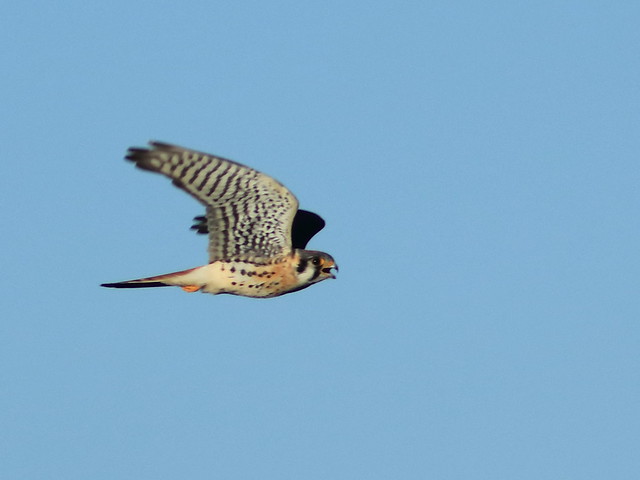 At nearby Chapel Trail preserve, a Cattle Egret chased insects attracted to a Longhorn cow: 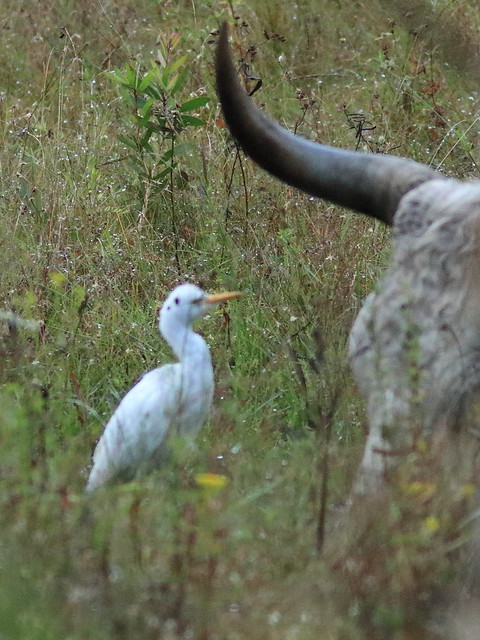 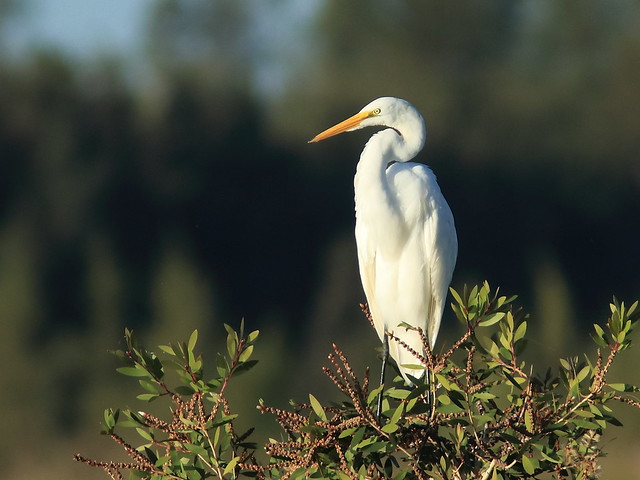 An immature Little Blue Heron struck a nice pose as it foraged energetically: 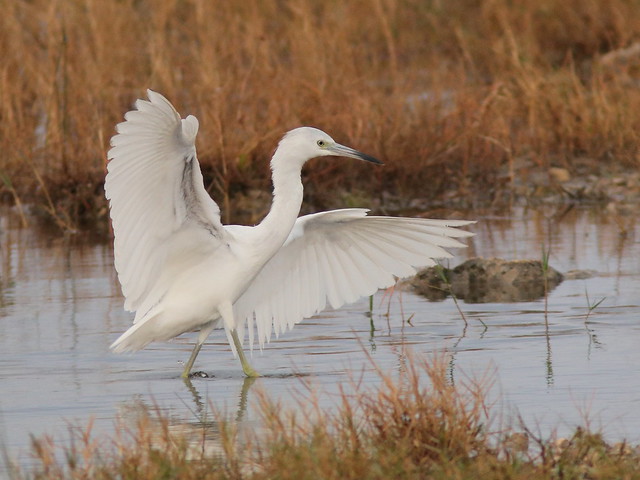 Before sunrise, a Great Egret made a graceful landing against a pink sky: 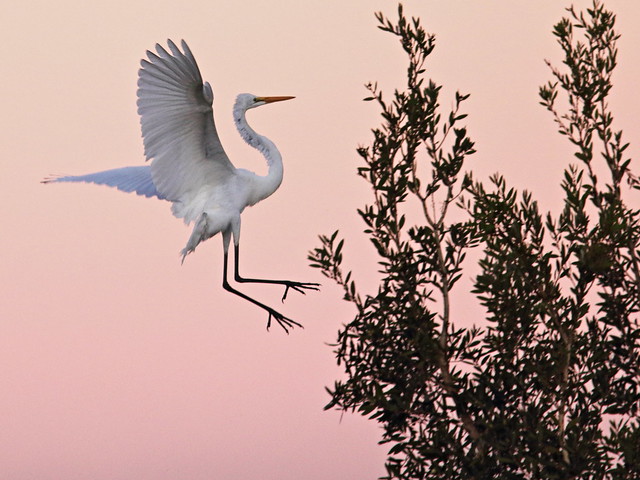 Another reflected as it occupied a blooming Melaleuca: 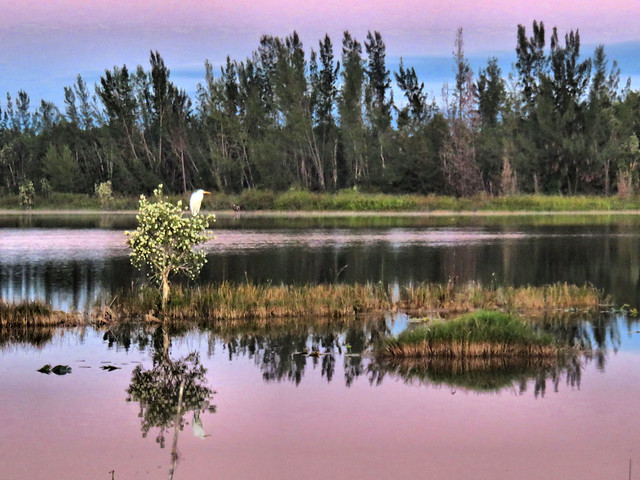 A "fogbow" over the lake: 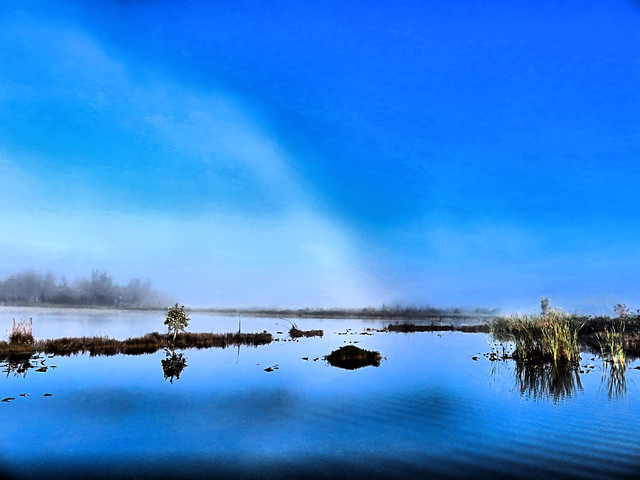 From a distance I thought this heron had captured a large snake, but it was an amphiuma. I watched as it dispatched it and then swallowed it whole (November 5, 2017): 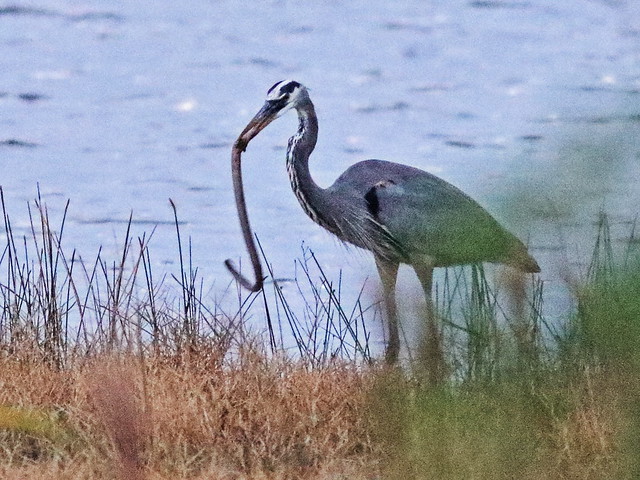 The Two-toed Amphiuma (Amphiuma means) can grow to a length of 3 feet or more—one of the largest salamander species in the world. Two-toed Amphiumas have tiny, nearly useless front and hind legs with two toes on each leg: 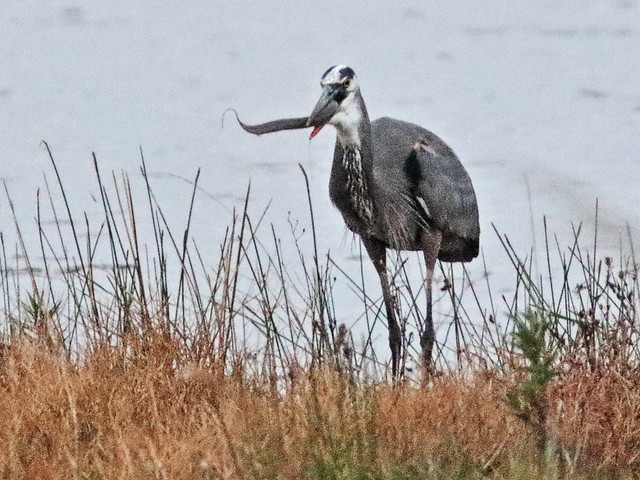 The local pair of Bald Eagles were busy restoring their nest on November 11: 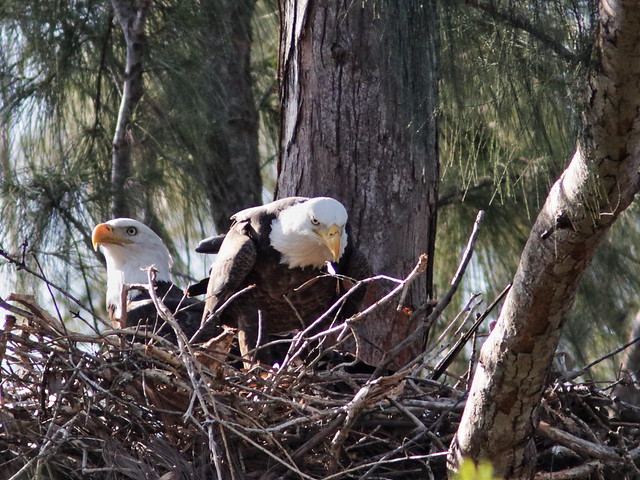 I caught a distant view of a Bobcat as it strolled along  the barrier fence on the "road to nowhere:" 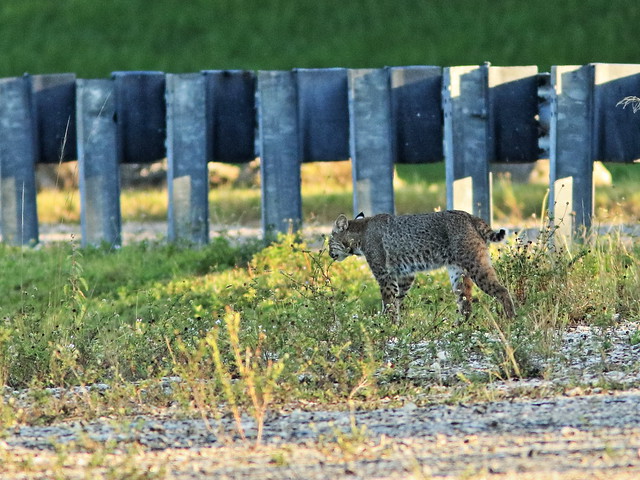 Most of the migrating warblers had passed through by the end of October, but the Pine Warblers made their usual appearance in early November. This was a drab immature female... 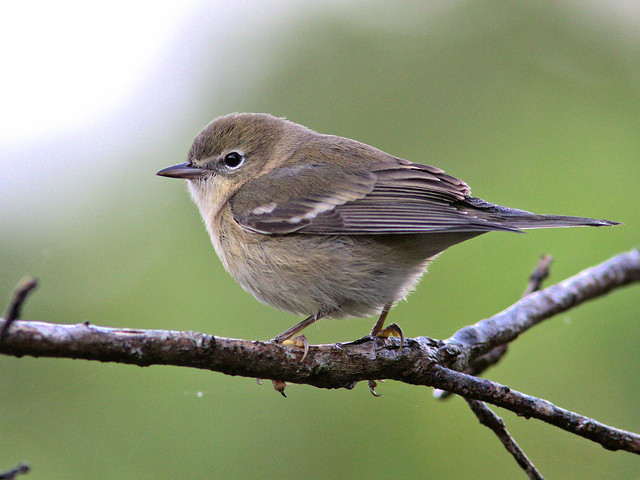 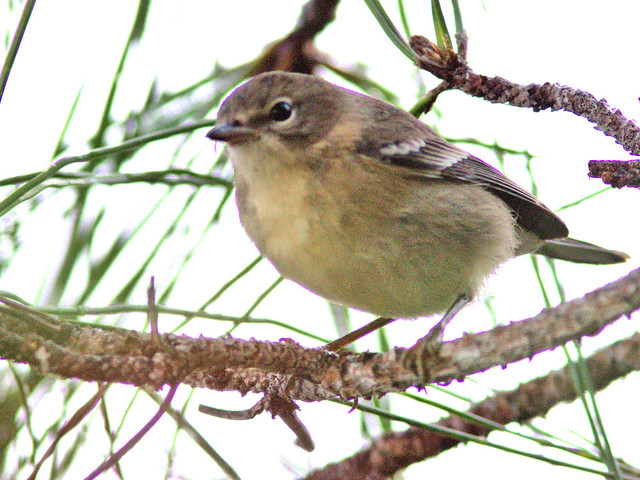 Nearby, a beautiful female Northern Cardinal: 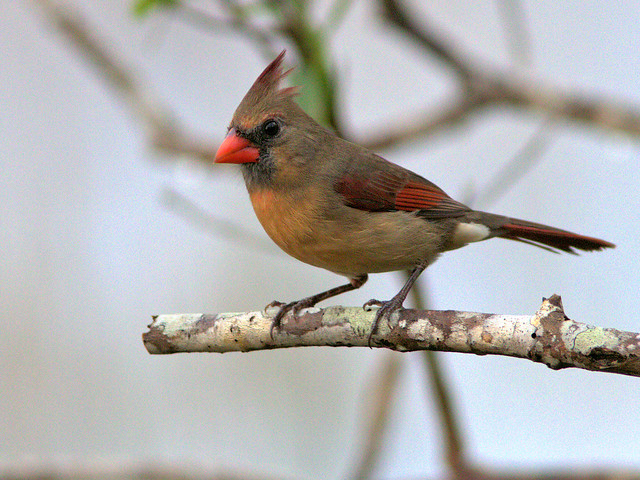 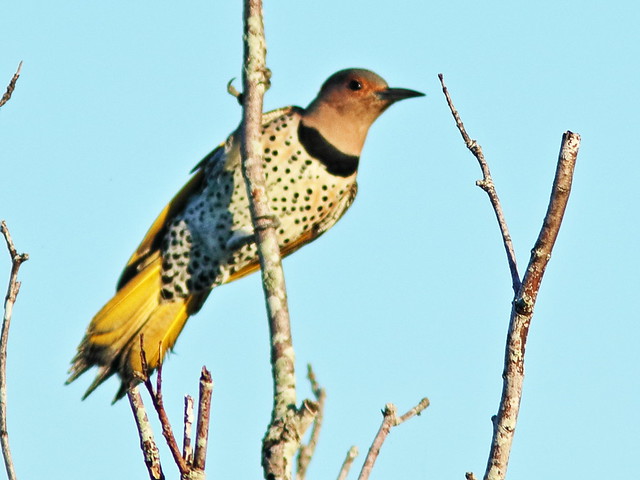 A glimpse through the foliage of a White-eyed Vireo (well-named!): 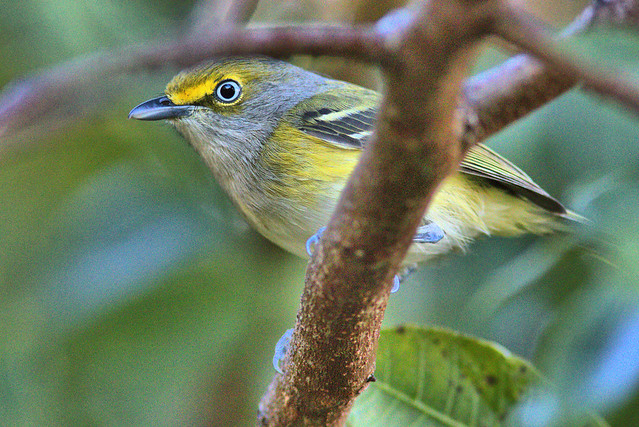 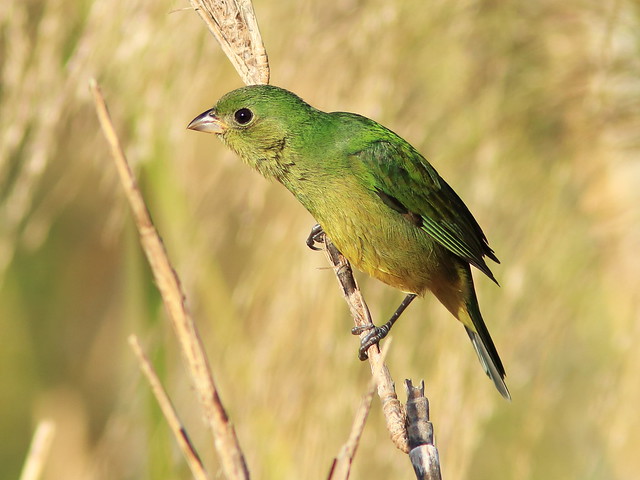 This was one of the few White-crowned Sparrows recorded in our County, on November 14. (Actually I reported and photographed 1 back in 2012, the first County record of the century, then 2 in 2014 for the highest count ever). This immature bird will trade the dark brown on its crown for bold white when it molts into breeding plumage: 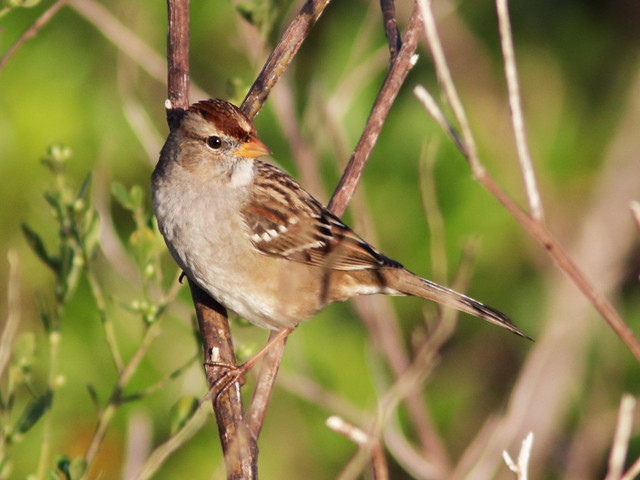 A Red-shouldered Hawk flew off: 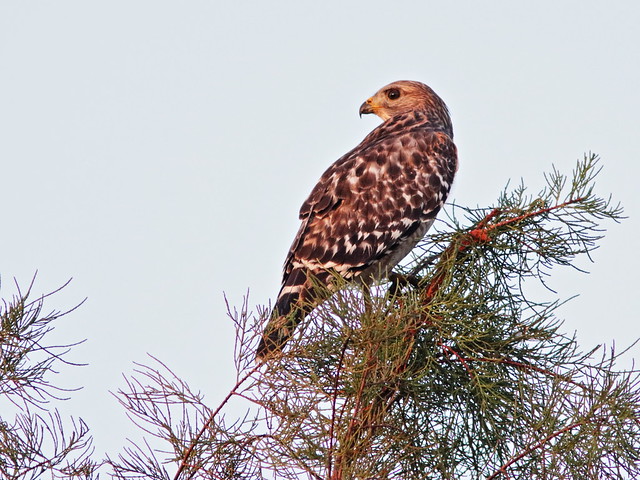 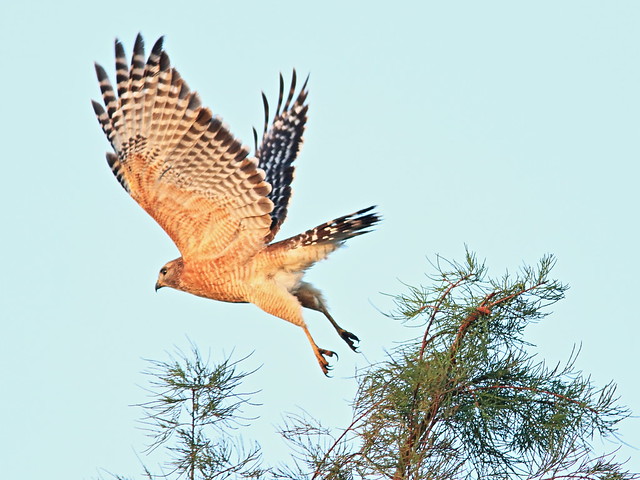 This Gray Squirrel seemed to be eating flowers of the exotic and invasive Melaeuca tree. They smell like turpentine and must taste awful: 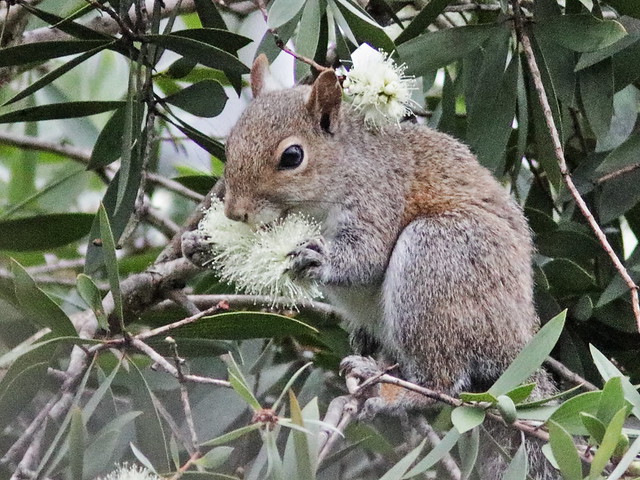 Garden Spider in her orb: 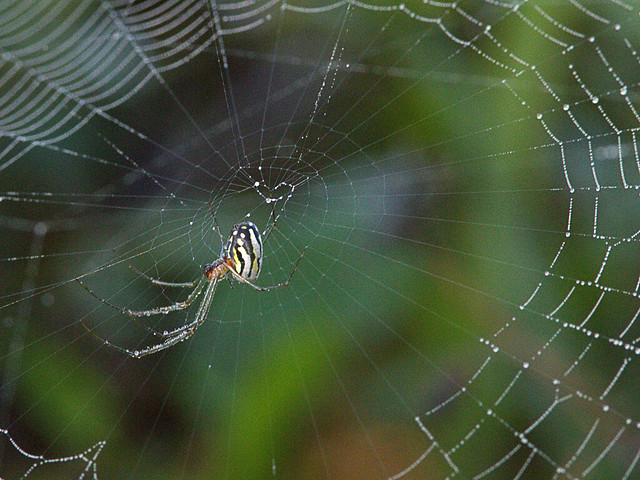 The canal which separates the residential area from the Wounded Wetlands, November 24: 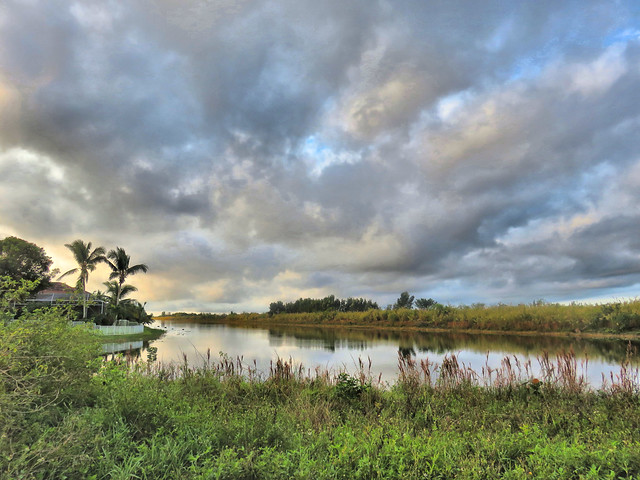 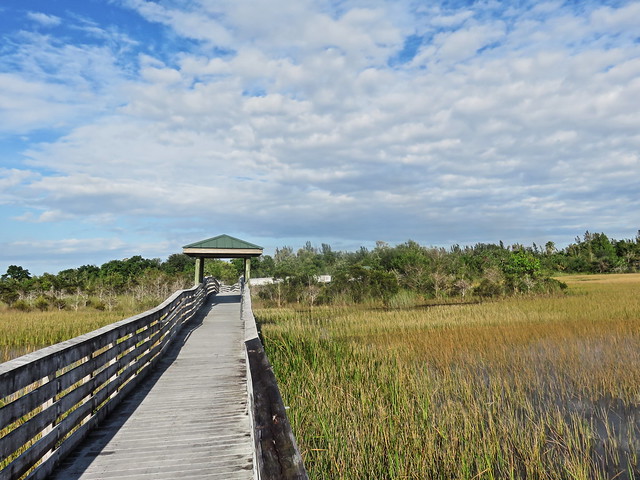