Here in south Florida we have enjoyed clear, dry and sometimes cool weather the past couple of weeks. Dry conditions have lowered the water levels in the wetlands, concentrating aquatic prey and attracting long-legged waders, such as this Tricolored Heron: 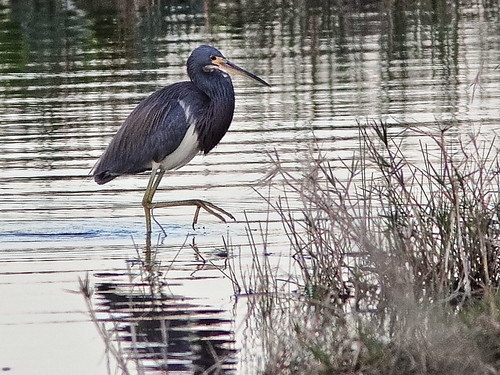 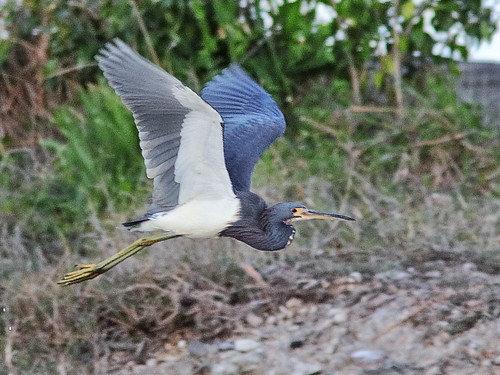 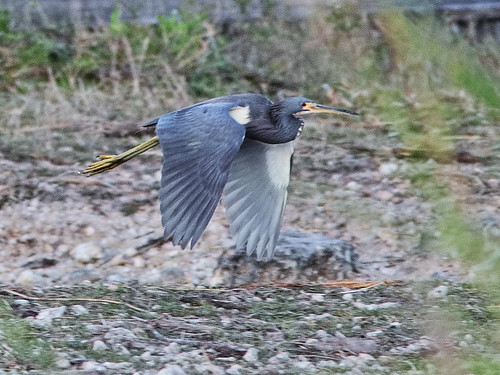 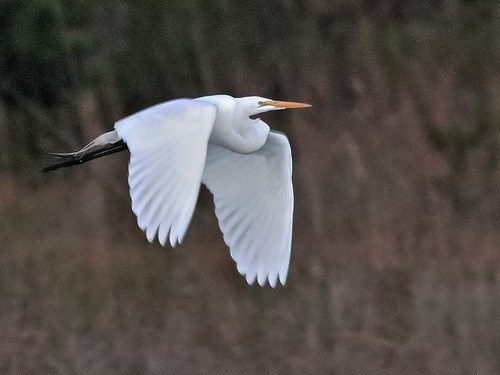 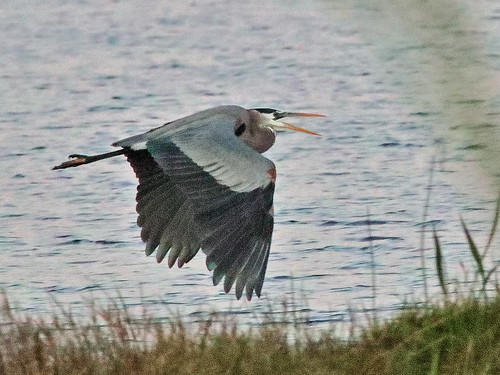 Another Great Egret punctuated this view of the north shore: 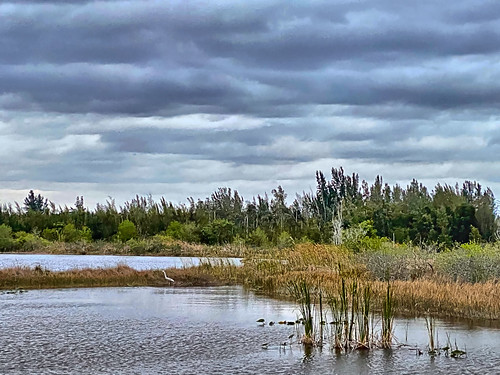 Mottled Duck coming in for a landing: 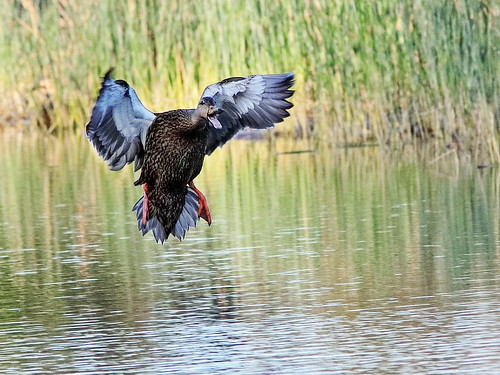 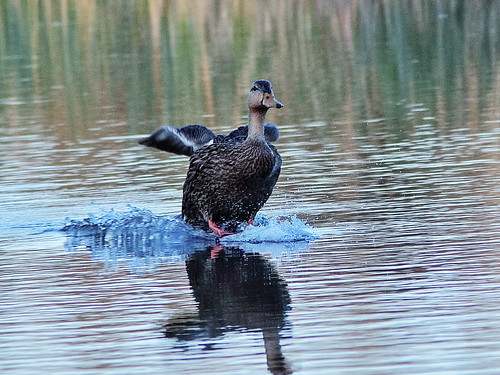 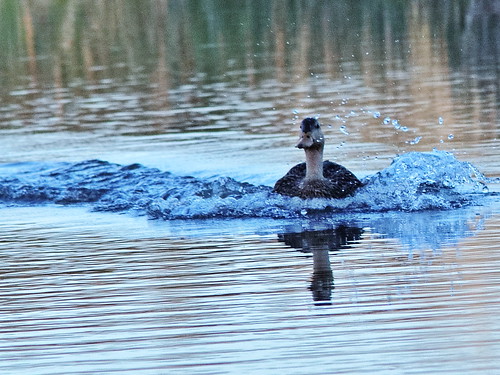 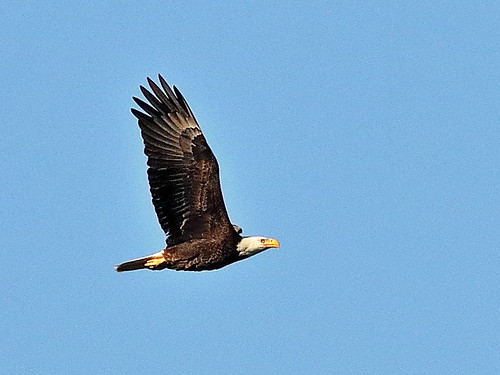 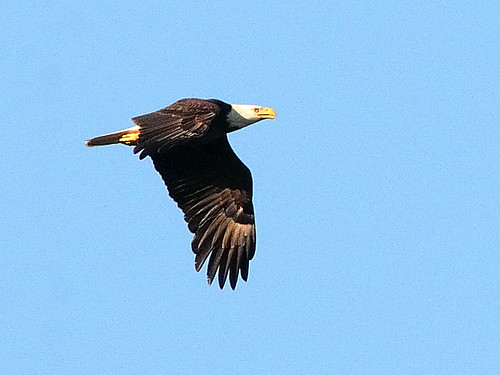 The Scarlet Skimmer (Crocothemis servilia), native to east and southeast Asia and said to be the only established introduced dragonfly species, is now fairly common in south Florida: 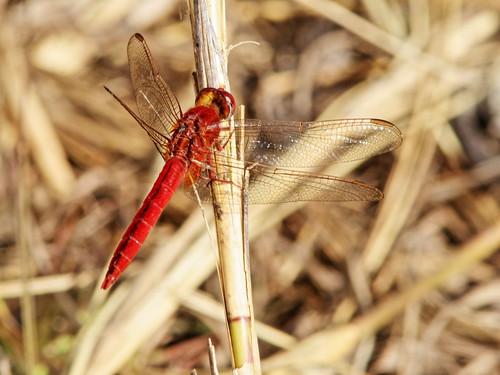 Julia butterflies became very scarce during the two years following Hurricane Irma in 2017, but this winter their numbers have rebounded. 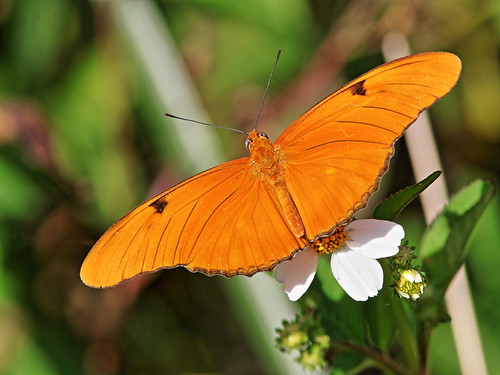 The female Julia is brownish in color and has stripes which go entirely across its forewings: 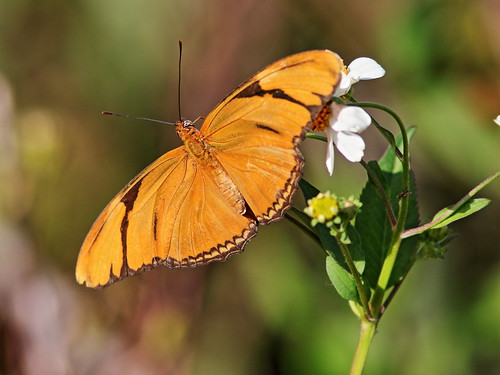 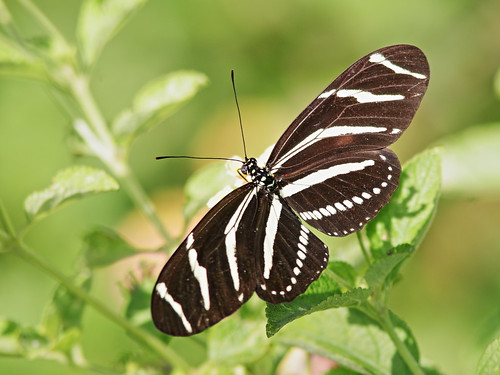 On the home front, a female Anhinga dried her wings on the goose decoy which serves as a float for the intake of our lawn irrigation system: 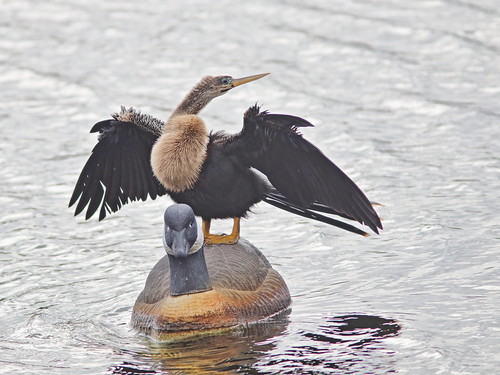 On March 7th, we had early routine dental appointments which caused us to be home for a particularly colorful back-yard sunrise: 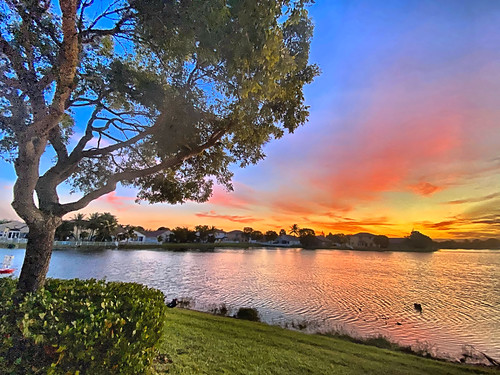 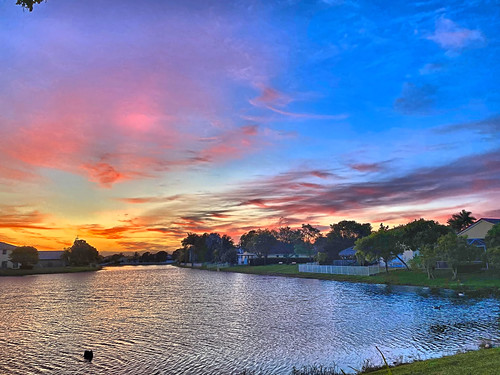 The next day was cloudy. Overnight, the All Terrain Vehicle drivers had fun inscribing "donuts" on the gravel path. This one was almost a perfect circle: 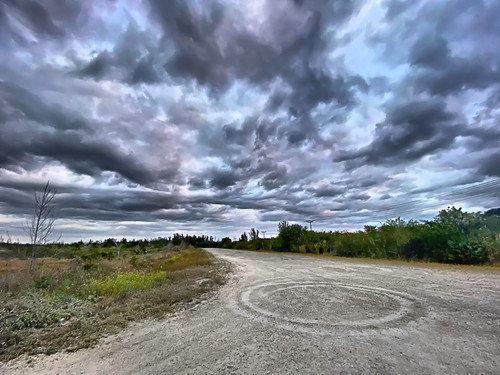 Out an hour before sunrise, we heard the songs of the Eastern Whip-poor-wills, sometimes two or three at a time. This winter I first heard them in November and they finally departed on March 9. Click here for a link to a recording I made on March 4.

Then, on March 15 another Night-jar, the Chuck-wills-widow which breeds here, took up the predawn chorus. So far I have been unable to get a photo of these two nocturnal birds. Since 2009 I have recorded 178 species in this patch and taken pictures of nearly all of them on site.  Another local bird in my "heard but not photographed" category is the Great Horned Owl, although I have seen them at other  locations. 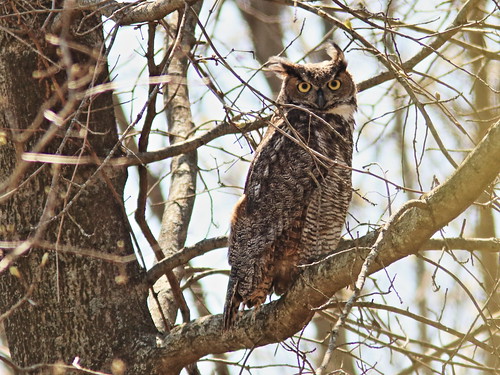