An overdose of warblers at Chapel Trail

I must admit to sometimes overdoing it when I see a beautiful bird in good light. Only the capacity of my camera's memory card will hold me in check. This was the case during a recent visit to Chapel Trail Nature Preserve in nearby Pembroke Pines, Florida. The park has a boardwalk which traverses a reclaimed Everglades wet prairie. As was the case with most public attractions, it closed down back in March because of the pandemic. During the cooler months we usually lead a South Florida Audubon Society monthly nature walk at this location and I was hoping it might open in time for the November event.

In late August, anxious to escape the confinement of COVID quarantine, after checking the Bald Eagle nest near Chapel Trail, I drove by the entrance to the preserve and was surprised to find that the gates were open. There were no signs restricting entry, the parking lot was empty and the boardwalk was not barricaded, so I parked and walked in. Rain threatened and I was not able to spend much time there.

Near the boardwalk's entrance, a pair of Gray-headed Swamphens were tending to four half-grown youngsters. While three of them were actively foraging, one appeared to be dependent upon its parent and constantly begged to be fed. This species has a specialized technique for obtaining its favorite food, the fresh roots and shoots of the abundant Spike Rush. Using their huge prehensile feet, they pull up the roots to display the new growth, then carefully strip open the stalks to expose the white nutrient-rich pulp.

The adult swamphen patiently harvested the tender morsels, which were immediately seized by the hungry chick: 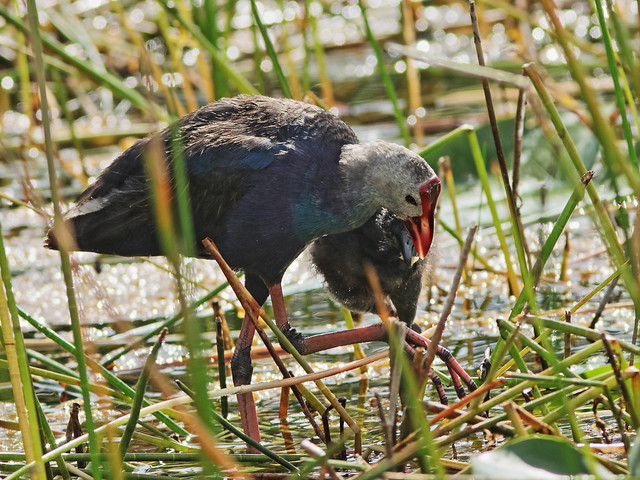 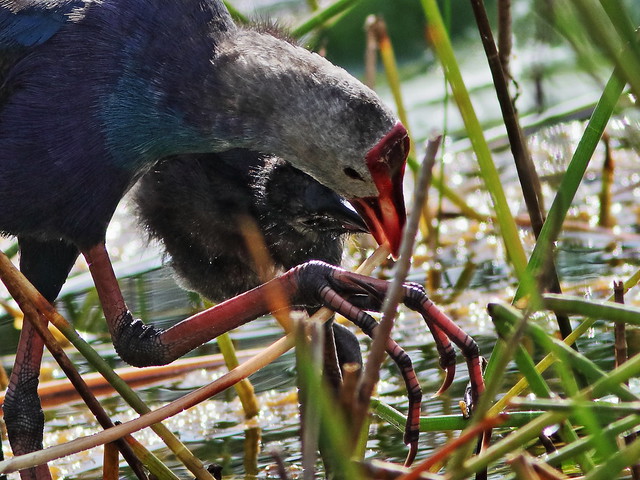 The other adult was accompanied by two of the other chicks: 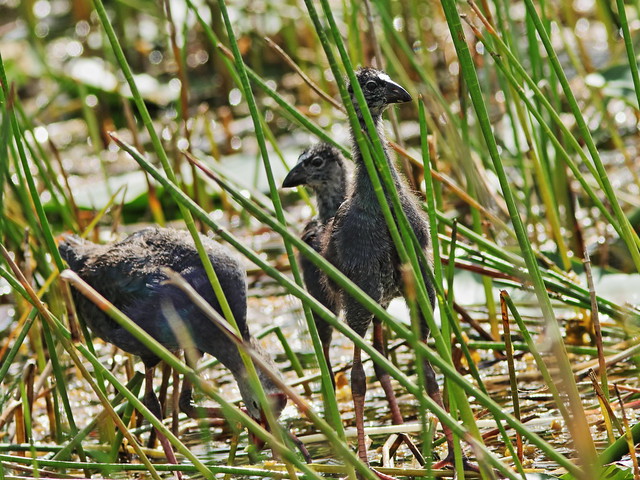 Six months ago, before the preserve closed down, an adult swamphen high-stepped: 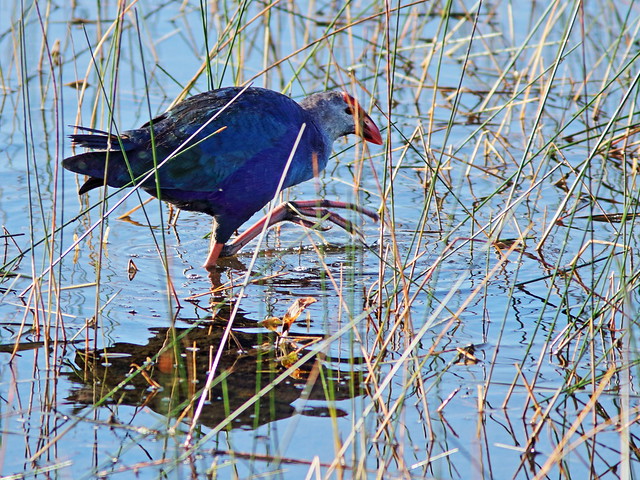 A call to my contacts reassured me that the preserve had just officially opened and that signs were to be placed advising that the boardwalk is too narrow to permit social distancing and masks must be brought and worn when there is unavoidable contact with other visitors.

Views of the boardwalk during my next visit: 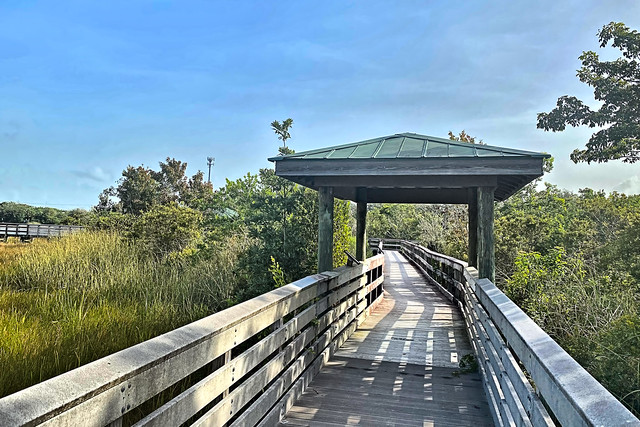 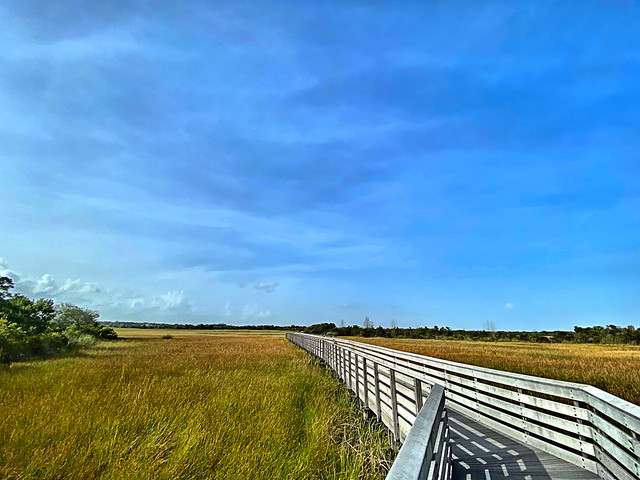 That day I encountered several migratory species. Among them were a Red-eyed Vireo... 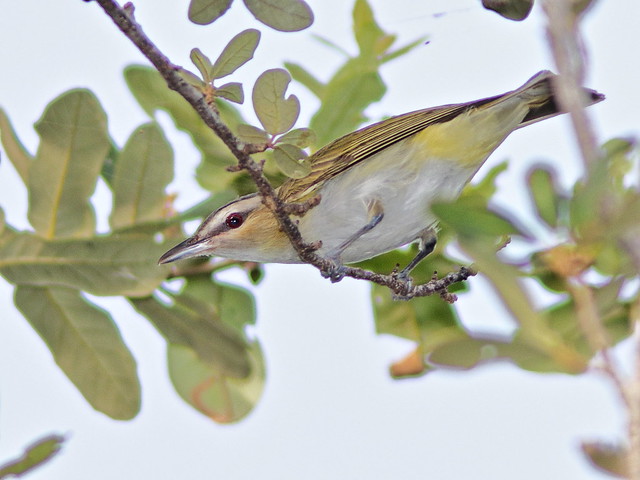 ...and a flock of Eastern Kingbirds: 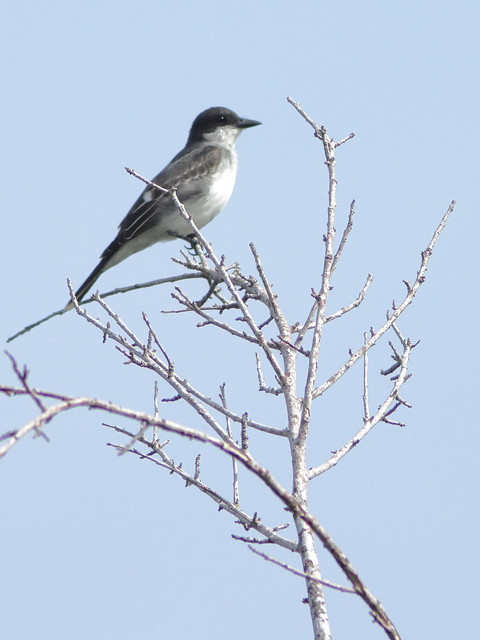 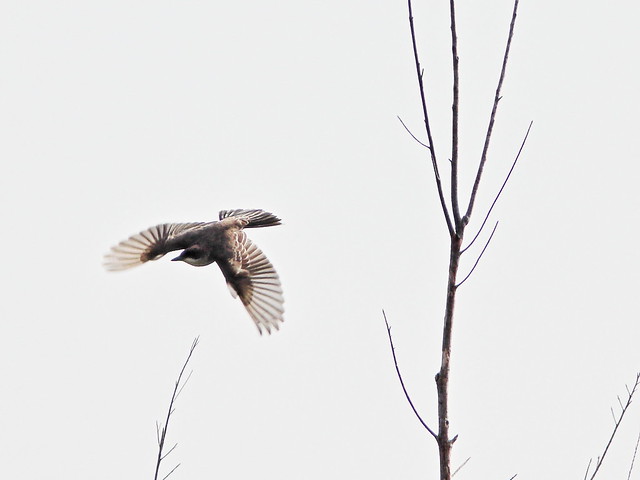 This kingbird perched atop a Swamp (Red) Maple which typically puts out new leaves in mid-summer: 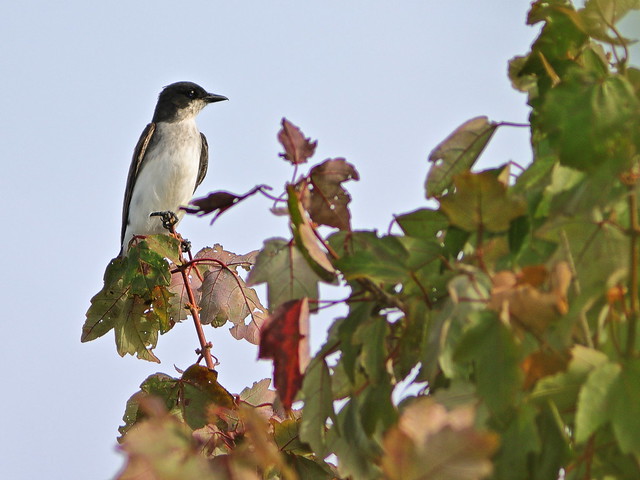 Warblers were a main attraction. Prairie Warblers had returned from their nesting locations among the coastal mangroves: 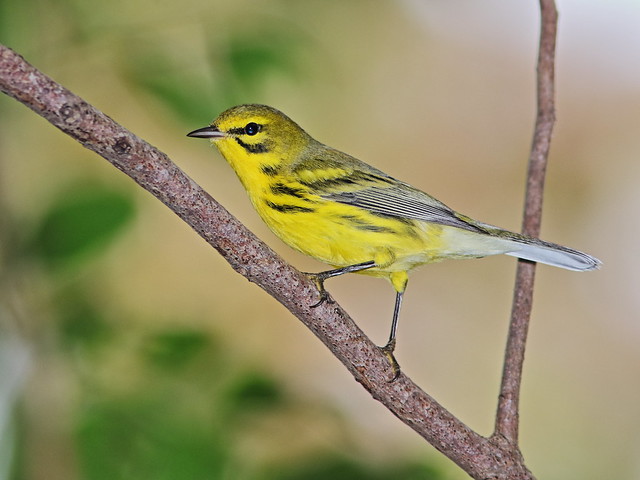 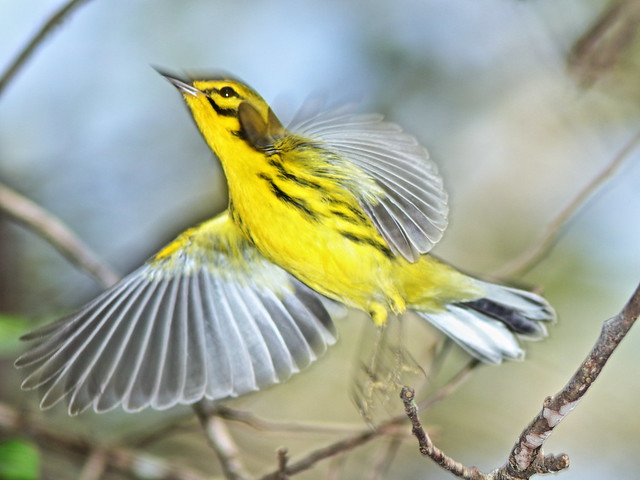 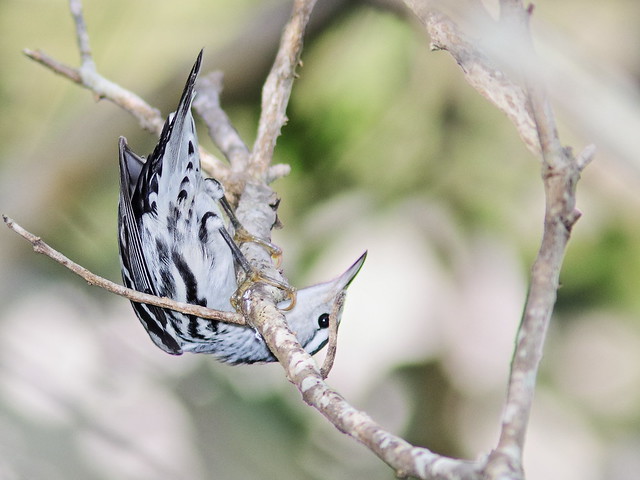 Yellow-throated Warblers also nest along coastal and northern Florida and are welcome invaders inland for most of the year. They can be elusive as they search for insects in the foliage, so it is rewarding when I can catch one out in the open on a bare branch. During a visit which lasted only a few seconds, I was able to capture bursts of over 50 photos. A sampling of my "overdose": 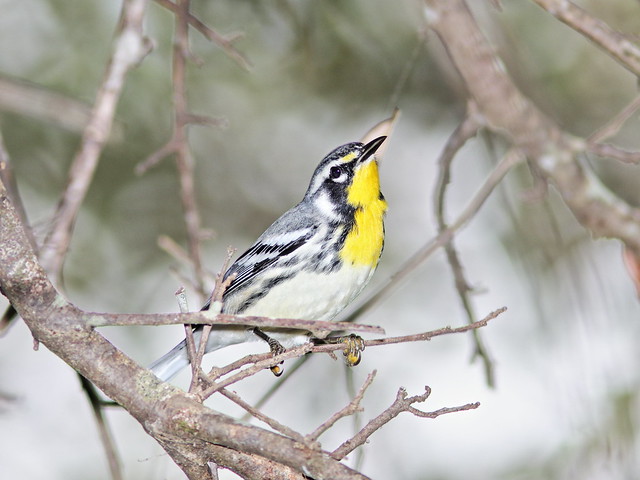 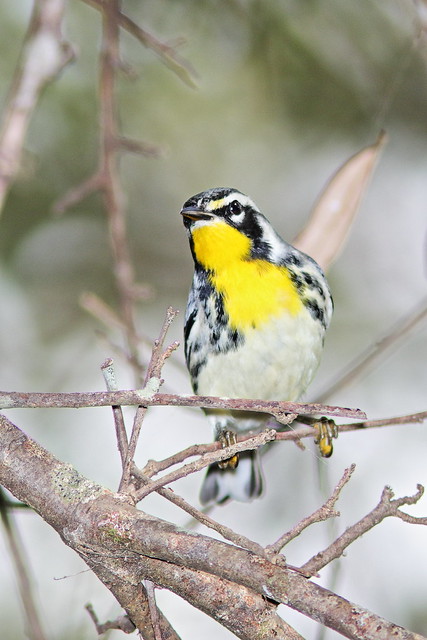 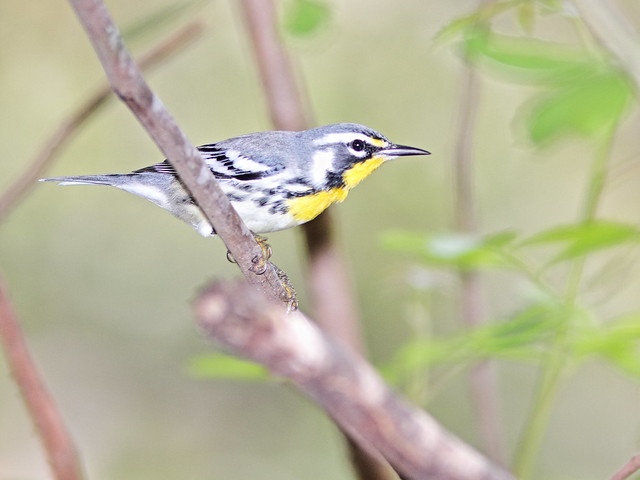 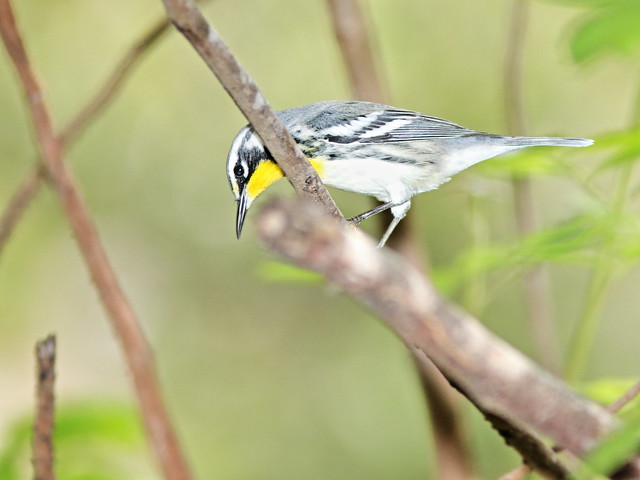 Their bills are longer than those of most other warbler species: 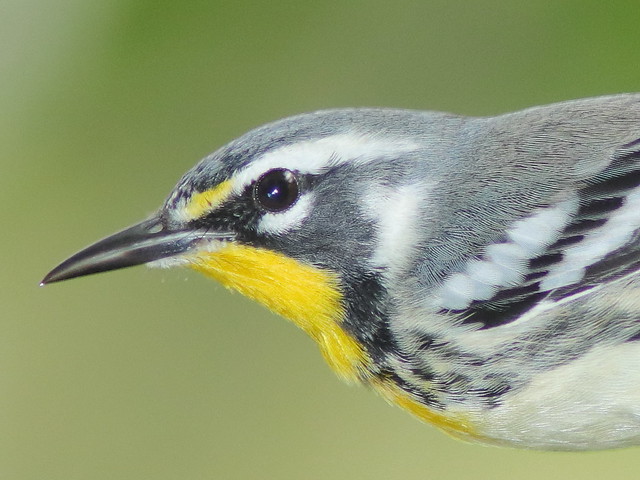 Next to the parking lot, I saw a creature which could be a body-double for one in Jurassic Park. It is a Brown Basilisk, an exotic species introduced in the pet trade, but now well-established in south Florida: 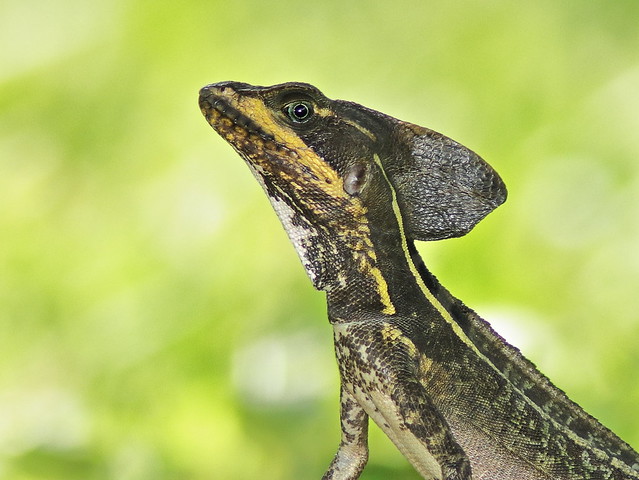 As is common in sub-tropical climates, the skies over our back yard were clear at dawn and the wind was calm with no hint that afternoon thunderstorms may visit: 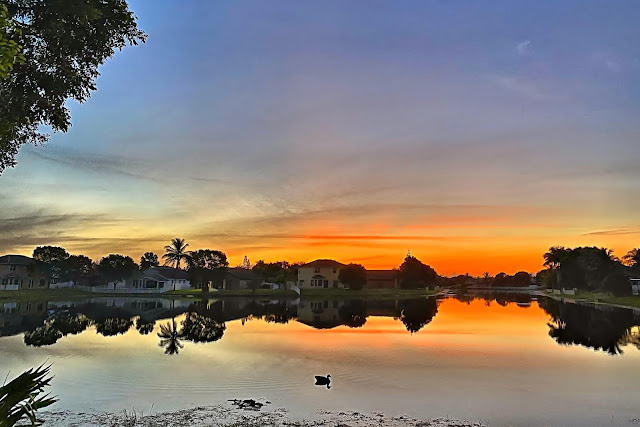 Thanks to COVID quarantine, we had prime seating to watch a backyard Great Egret catch a snack. The sequence of events: 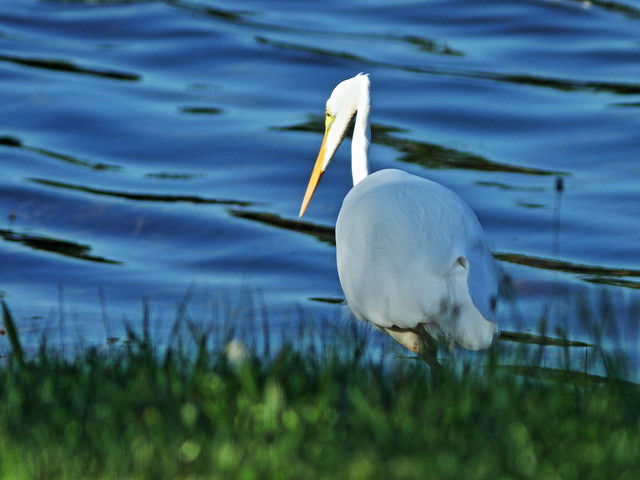 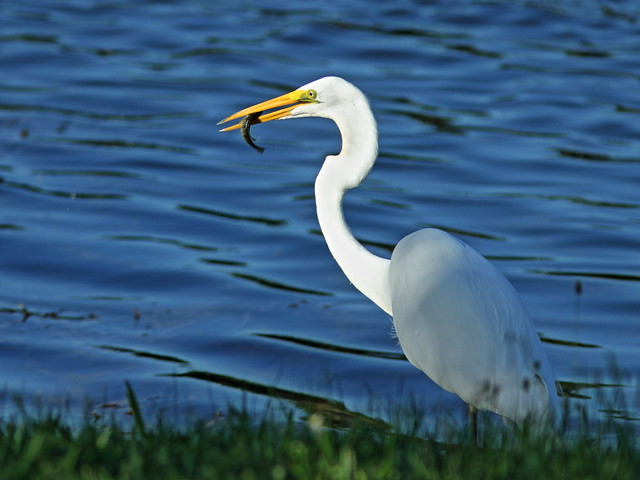 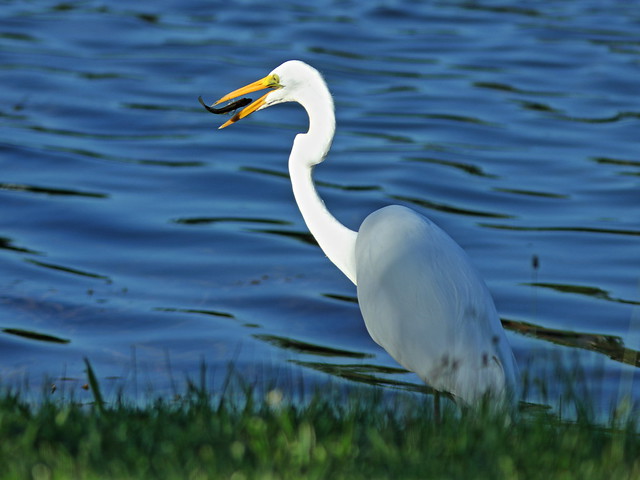 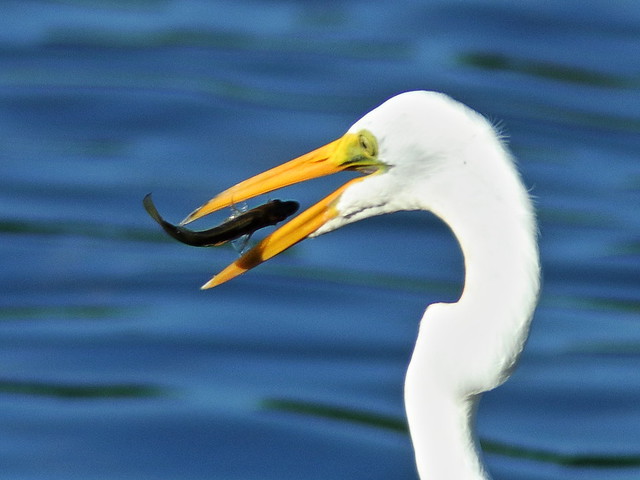 This September has two full Moons. Saharan dust attenuated the rays of the early one: 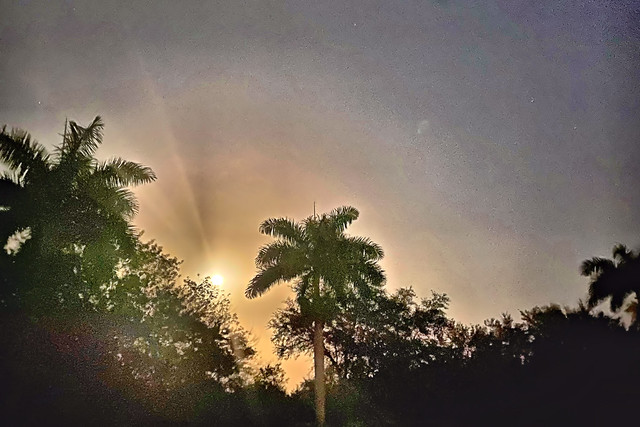 When there is only one it is called the Harvest Moon, but if it appears twice, the first is known as the Corn Moon, here reflecting on the lake in the wetlands: 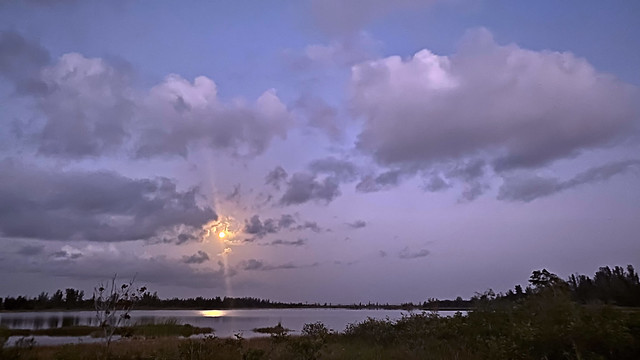 In mid-August, the Moon and Planet Venus had a close encounter above our home. The constellation Orion is visible in the sky to the right in my iPhone photo. Click to enlarge: 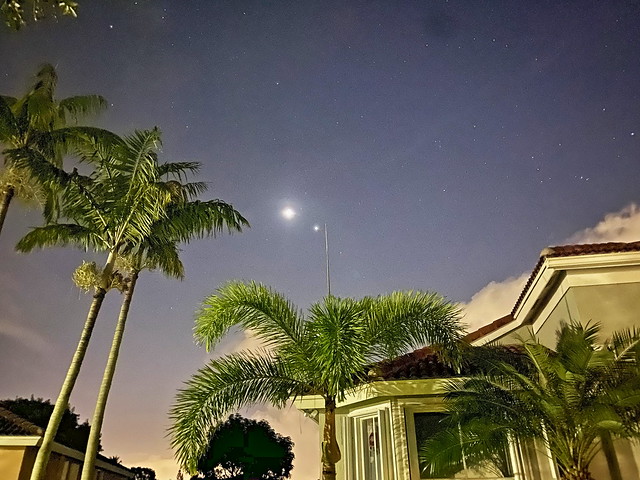 The occupants of that section of sky are identified here:

Linking to:
Fences Around the World
Skywatch Friday