Each month I enjoy looking back over my archived photos, taken three years previously, to remember how things were then and what I now am missing this month in our new Connecticut  home.  As usual, I searched for images which reflected favorite memes: critters of all kinds (especially birds), skies and clouds, reflections, flowers and fences, as well as scenes which speak for themselves. We spent the entire month of February at home in south Florida.

On February 2, a male Northern Cardinal posed amid sun-dappled foliage: 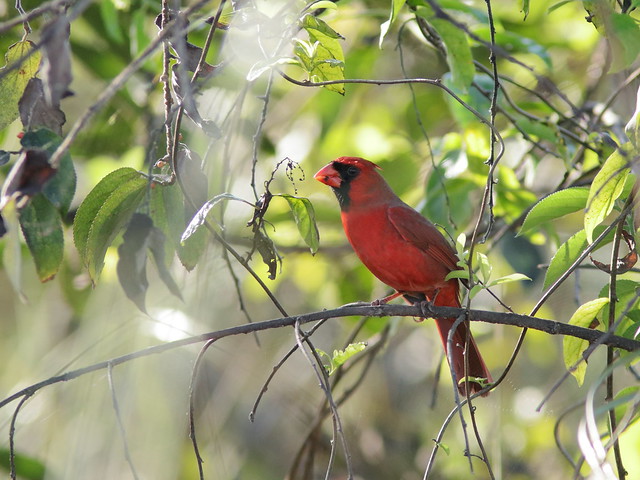 A Palm Warbler struggled with a very large caterpillar: 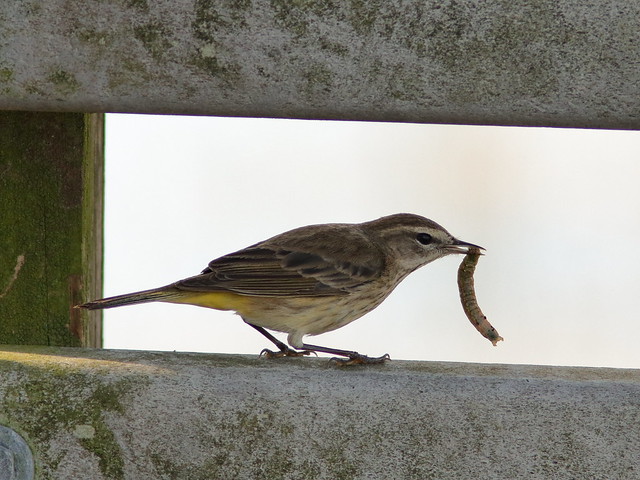 This Great Egret  was just landing in the wet prairie: 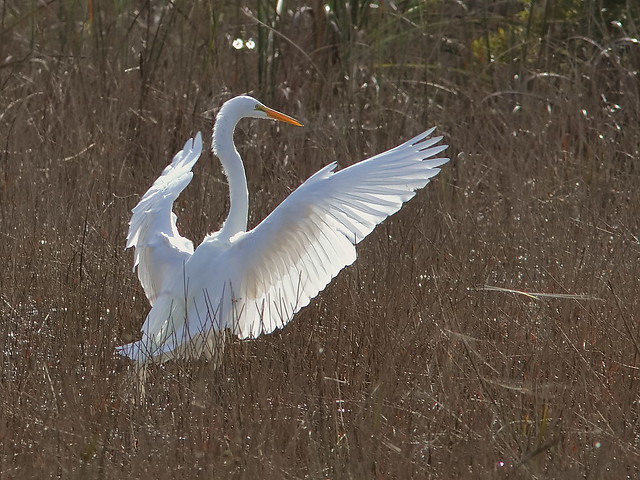 A male Pileated Woodpecker was drumming on a utility pole: 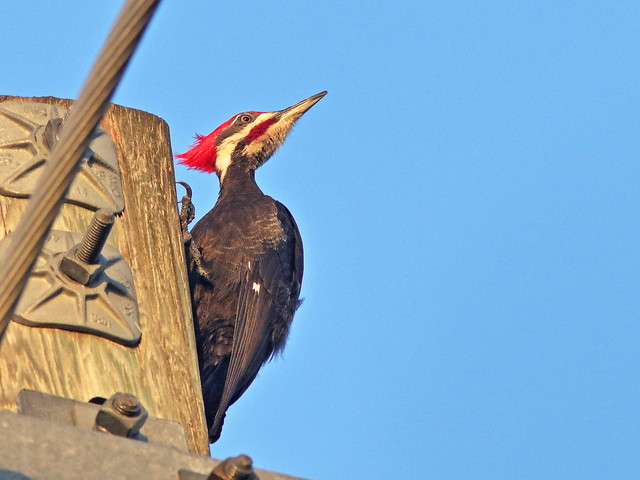 A Ruby-throated Hummingbird claimed this blooming Firebush (Hamelia patens) as its own and drove off any visitors: 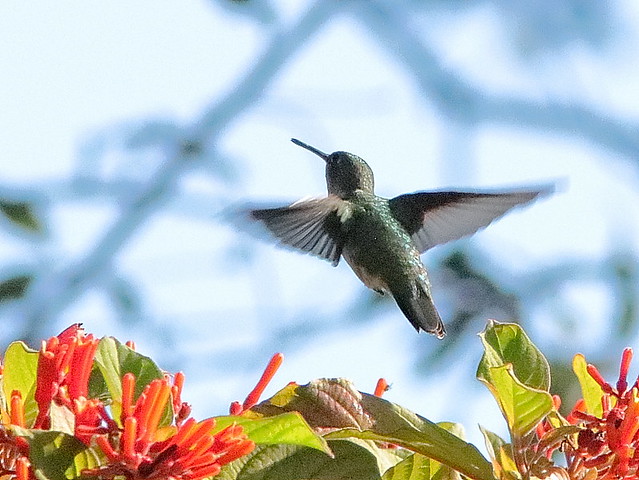 The larger male of this pair of Mottled Ducks, in the foreground, has darker plumage and a bright greenish-yellow bill. That of the female is more orange and smudged with dark areas. 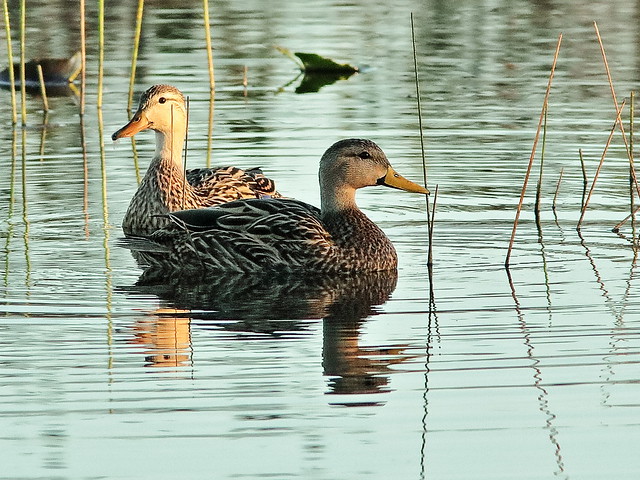 This Black-and-White Warbler is a male, as evidenced by bolder marking with dark mask and cheeks: 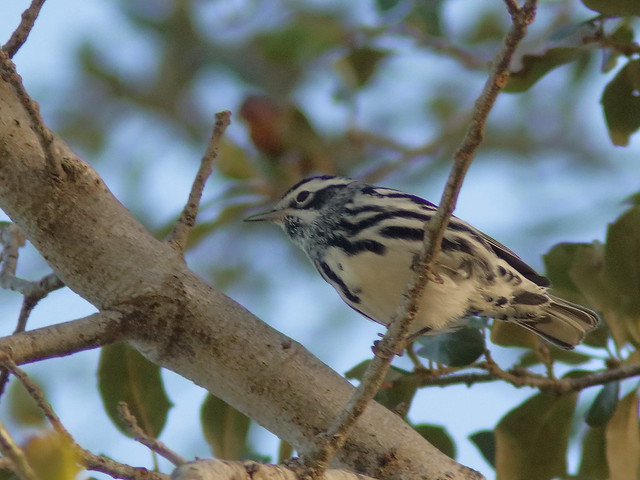 On February 9 at the local Bald Eagle nest, one of the two eaglets begs from the male parent (Pride) while the female (Jewel) is feeding the other: 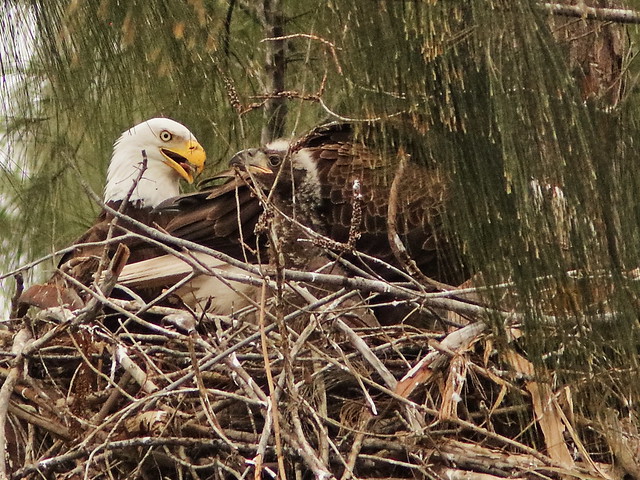 The Wood Storks had returned for their third breeding season at  the Orange Road Rookery in Weston, Florida: 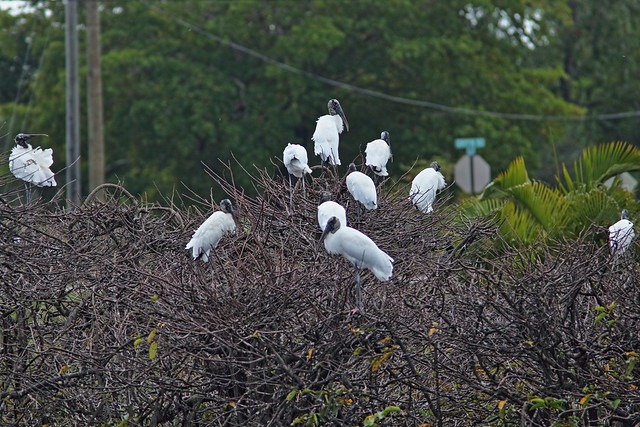 A Loggerhead Shrike permitted a fairly close approach. They can be skittish: 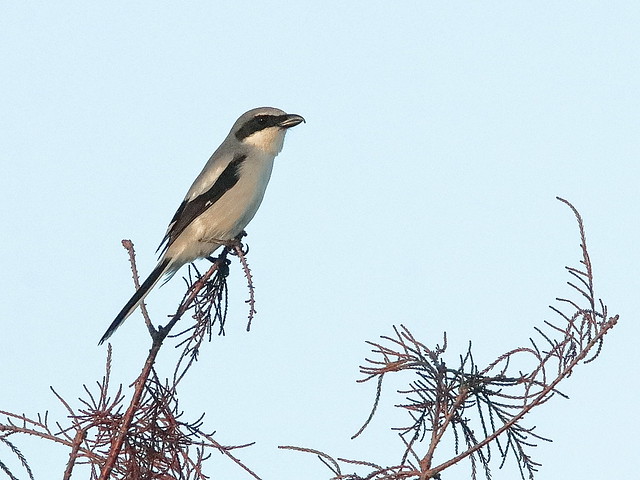 Killdeer in a grassy roadside spot:: 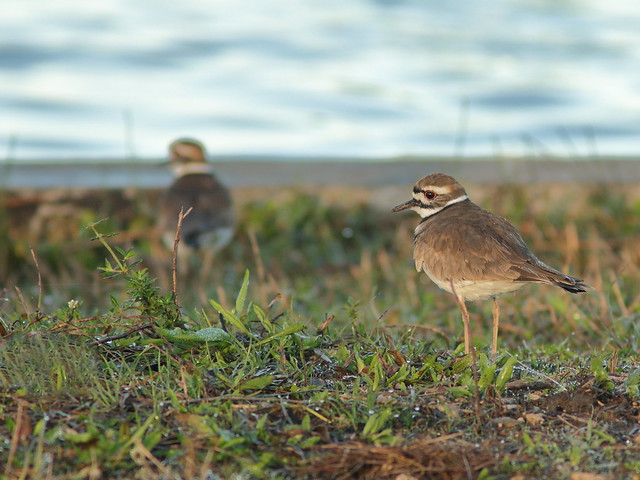 Virginia Opossum crossed the path up ahead: 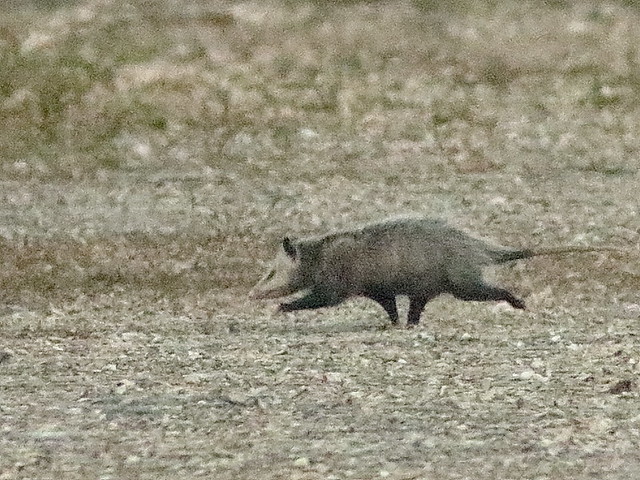 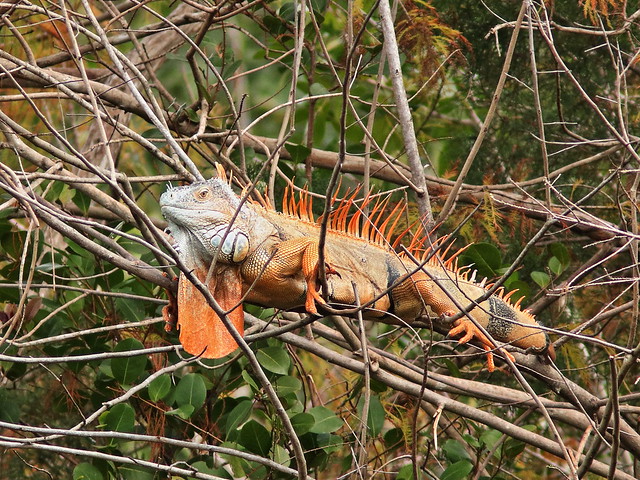 A male Yellow-throated Warbler shows off his namesake field mark: 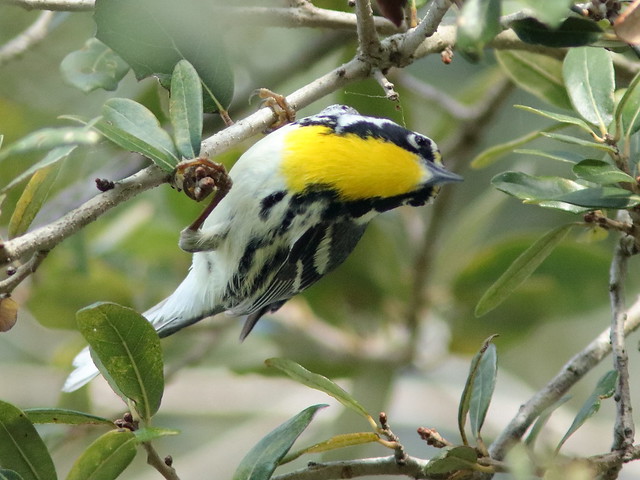 Monarch Butterfly on Bidens alba. Remarkably, this tiny flower is the greatest wild source of nectar in Florida (Cultivated citrus is #1 overall): 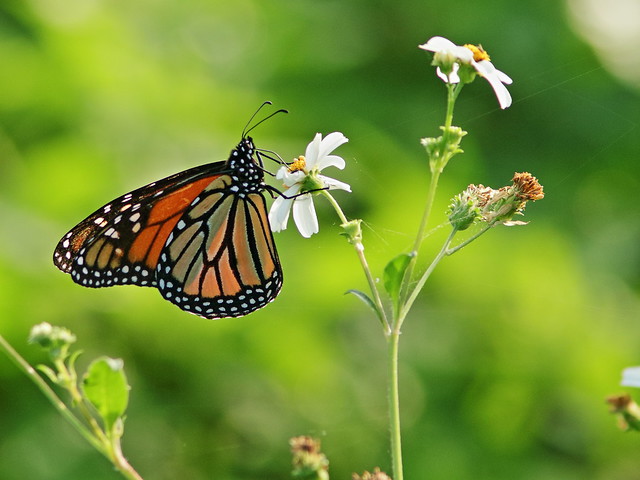 The eaglet picked up a lump of sod from the nest lining. The adult male seemed displeased and retrieved it: 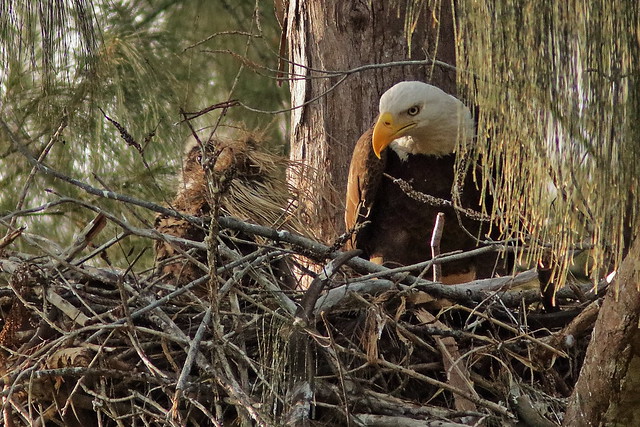 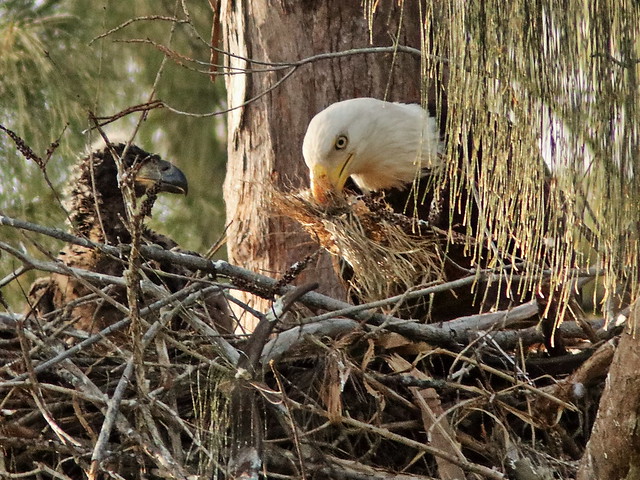 An adult Yellow-bellied Sapsucker tended its sap wells on our back yard Mahogany tree: 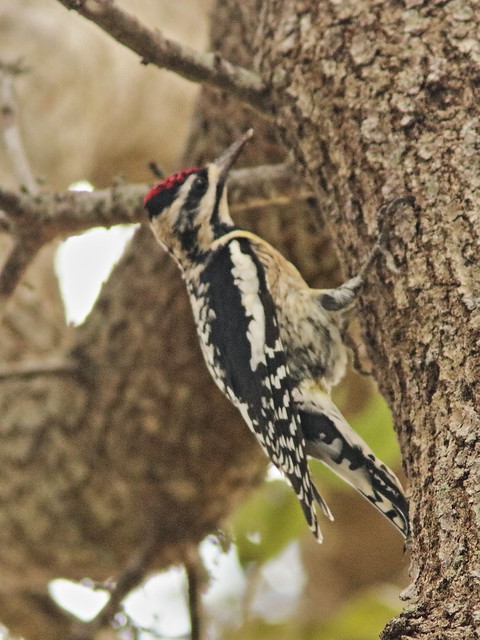 Cattle Egret with Longhorn calf. Cattle have since been removed from this pasture and it is being turned into a parking lot for boats and RVs: 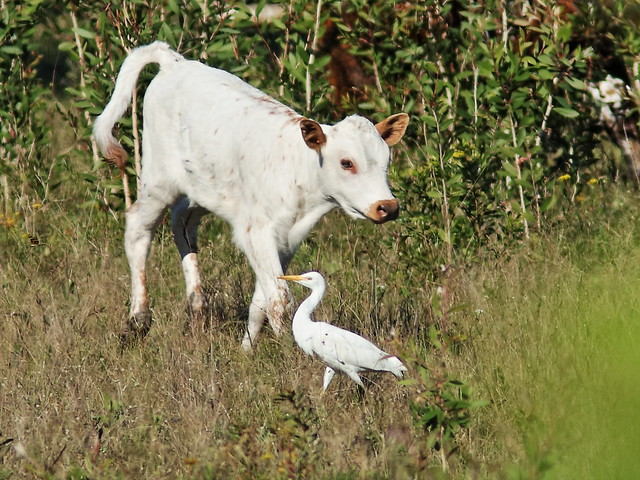 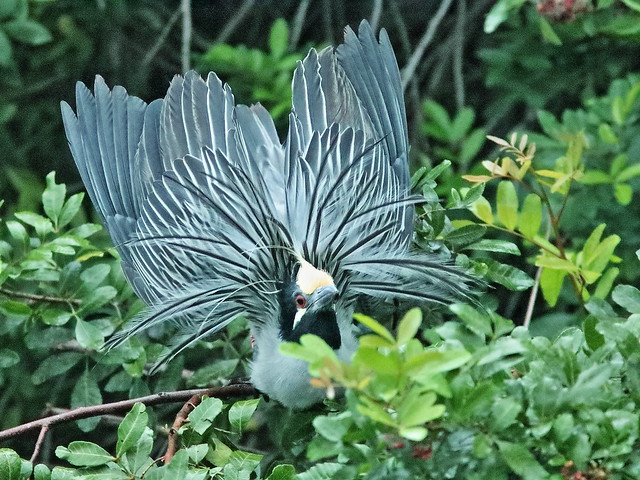 This one was looking for sticks. He found one and presented it to his mate at the nest: 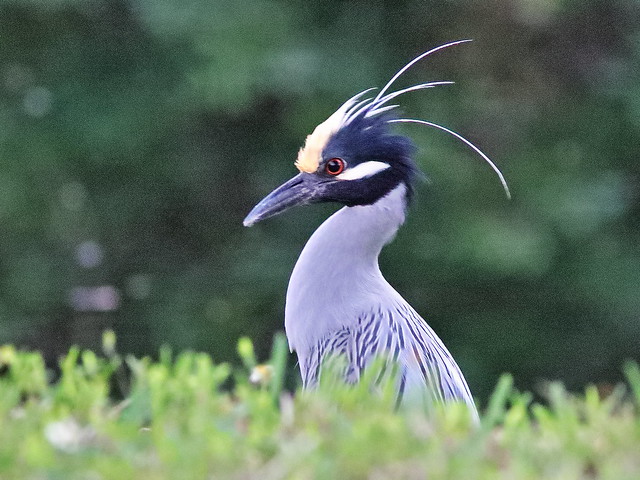 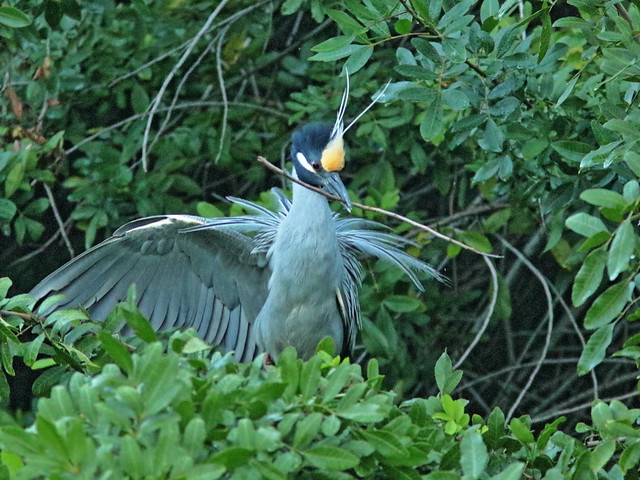 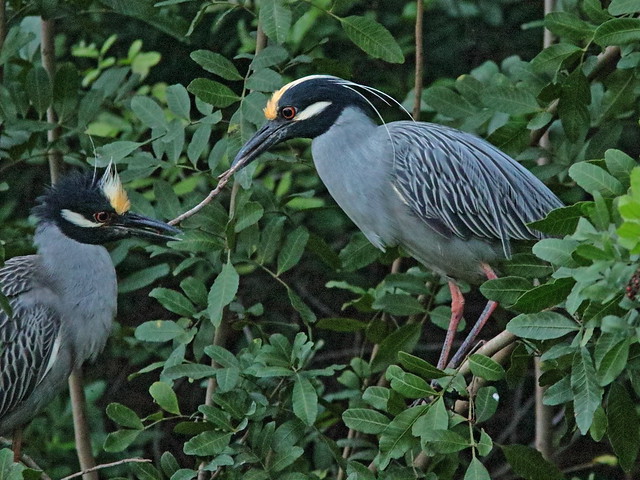 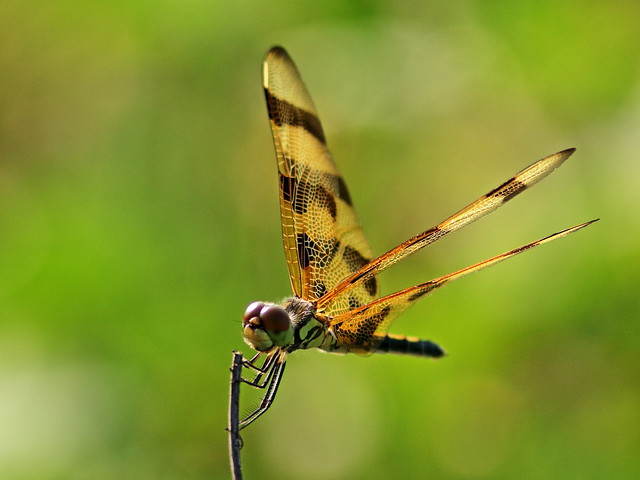 Clouds and their reflections framed this view of the canal: 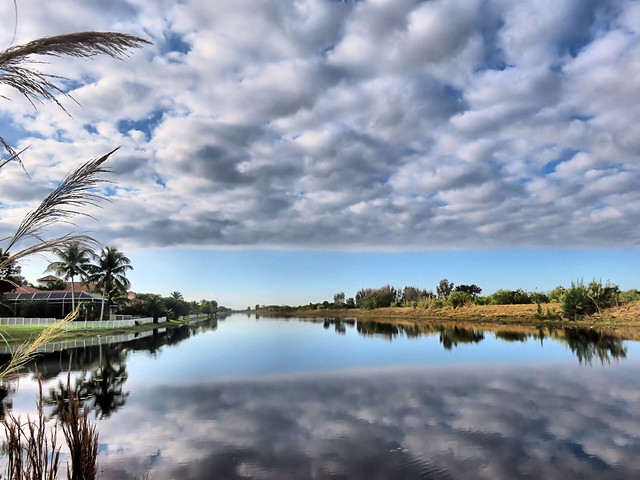 The setting Snow Moon was twice reflected on the still surface of the lake: 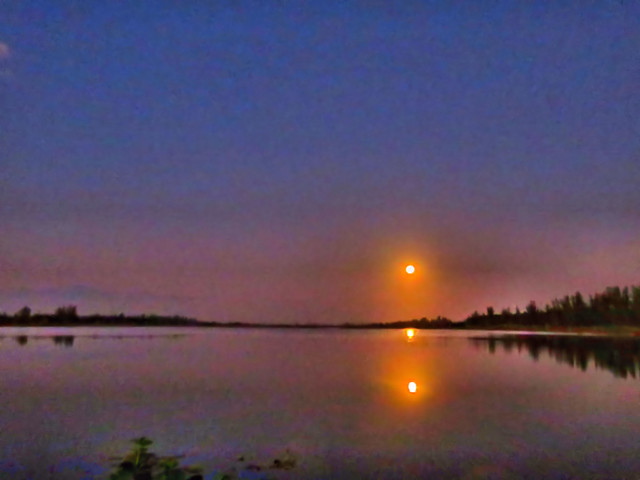