Spring ended in a cold snap with overnight temperature of 44° F (6.6° C). A pool party celebrated opening of the backyard swimming pool. Despite the chill which was intensified by a brisk wind, our granddaughters briefly braved the icy water.

In late April, the Eastern Bluebirds, having successfully warded off competing hole-nesting species, began building their nest in earnest: 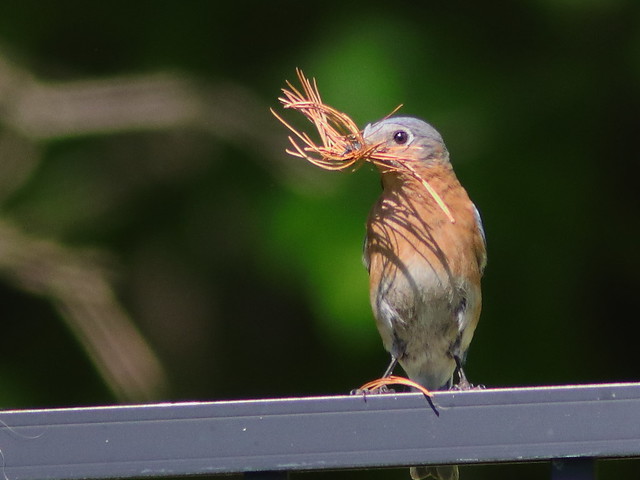 They ate suet at the feeder. 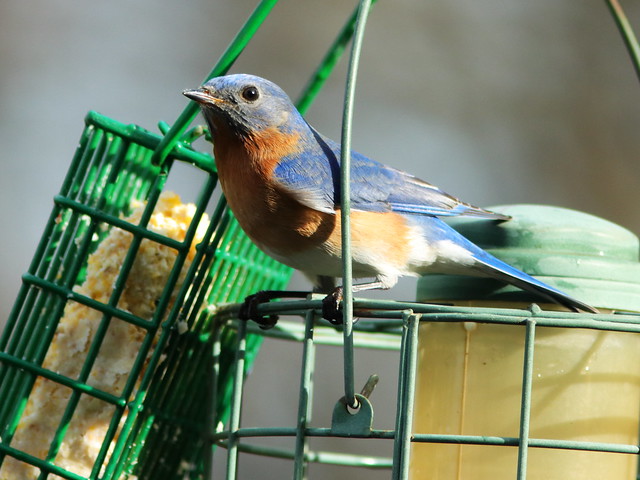 The pair often roosted together until the female laid eggs and started the 14 days of incubation: 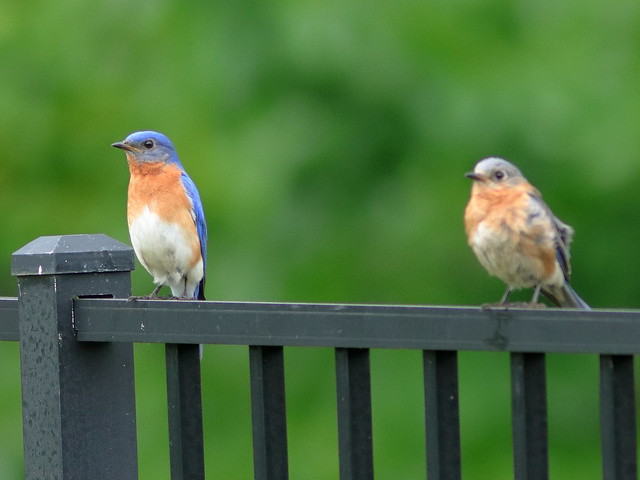 New arrivals celebrated the new season. The male Eastern Bluebird had been maintaining a vigil as the female appeared to do all of the incubation. His favorite perches have been the fence and a metal chair which he "painted" with excrement and from which he launched attacks at any interloping birds such as Tree Swallows, cowbirds, House Sparrows, chickadees and even other bluebirds. 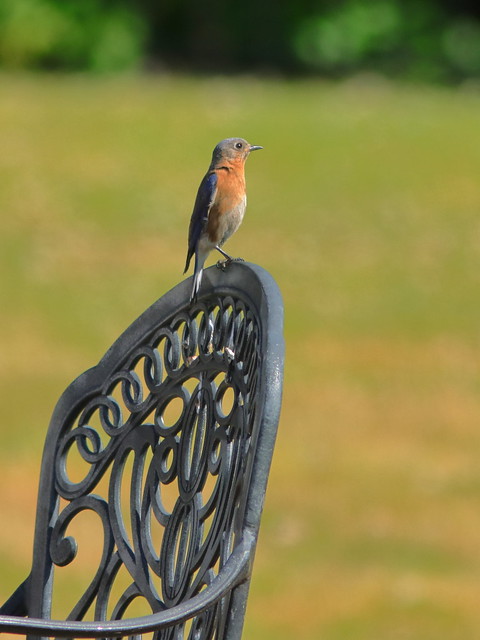 Like a little blue hawk, he repeatedly flew down to capture insects on the lawn. The female occasionally left her incubation duties to seek food. This week, their behavior changed. The female emerged from the nest box and the male flew up immediately with an insect in his beak: 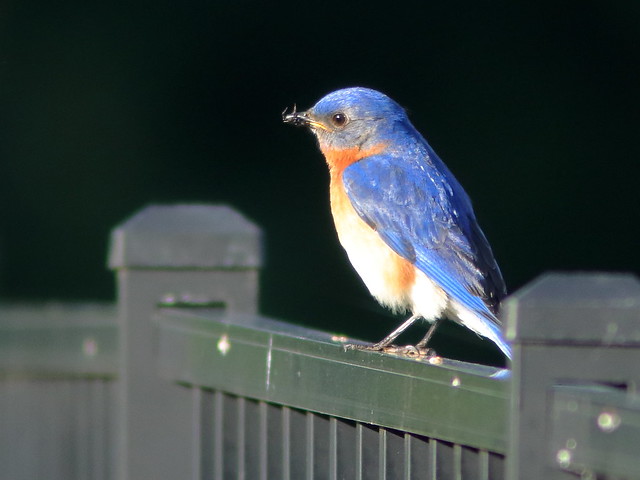 He approached the female and before I could properly focus on them, she accepted the food. My photo of the event was horribly out of focus and I tried to sharpen it, but it ended up  resembling an impressionist painting. Like those of Monet, Pissarro and Renoir, it only looks sharp from a distance of about 10 feet: 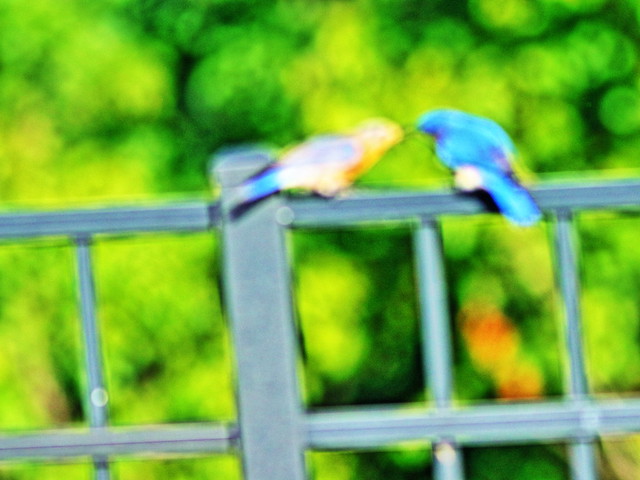 The next frame was in proper focus and showed the female now holding the insect, which she promptly carried into the nest: 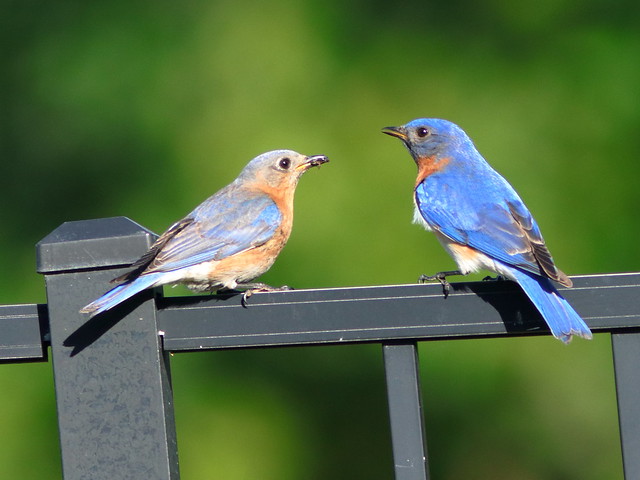 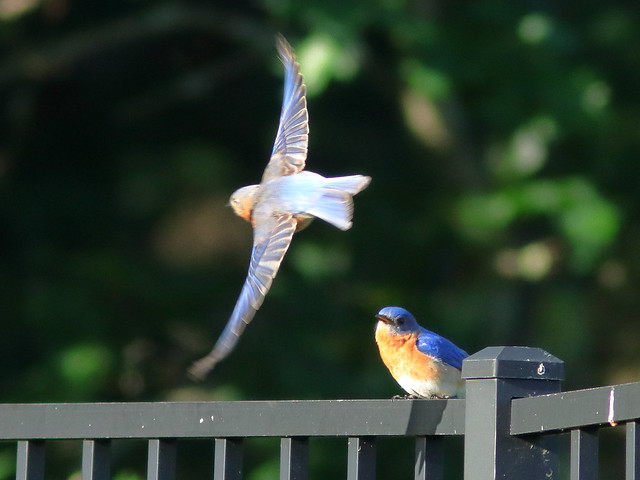 An American Robin paraded on the lawn with one of its speckled offspring: 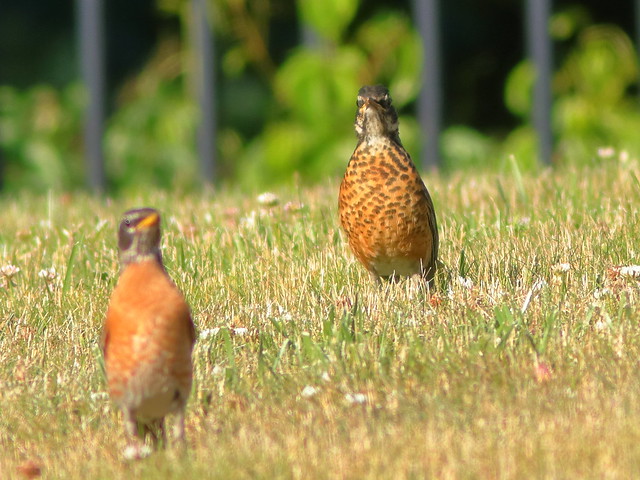 At the feeder, a White-breasted Nuthatch... 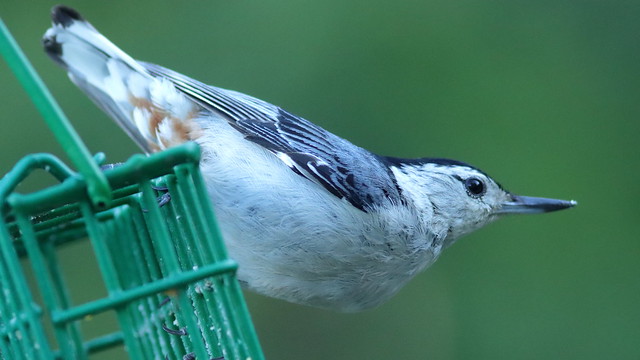 ...and a Rose-breasted Grosbeak: 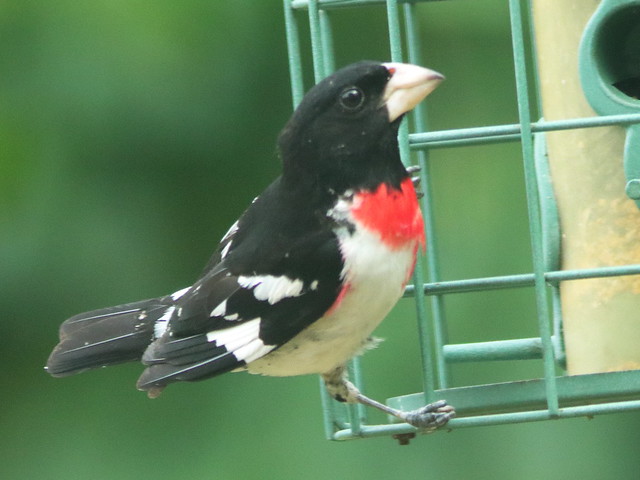 Among the mammalian residents, baby Cottontail Rabbits nibbled clover on the lawn: 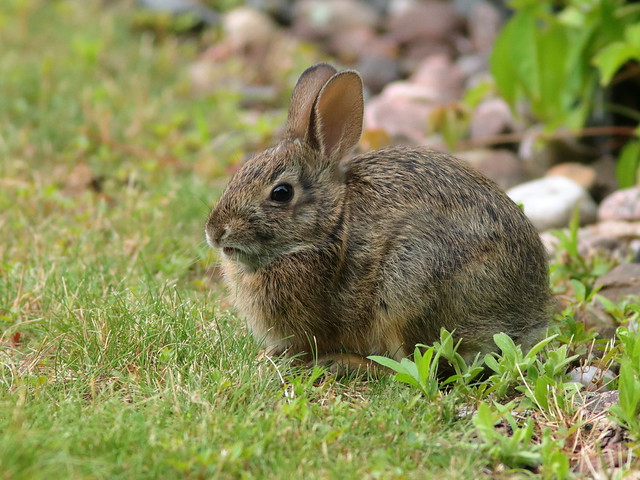 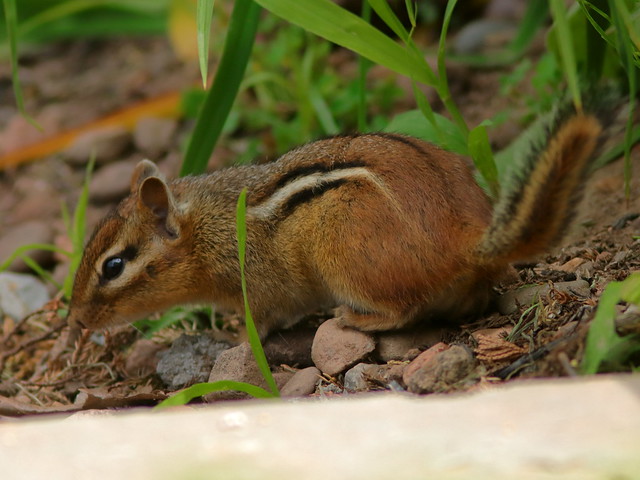 A White-tailed Deer browsed along the edge of the clearing, low behind the house: 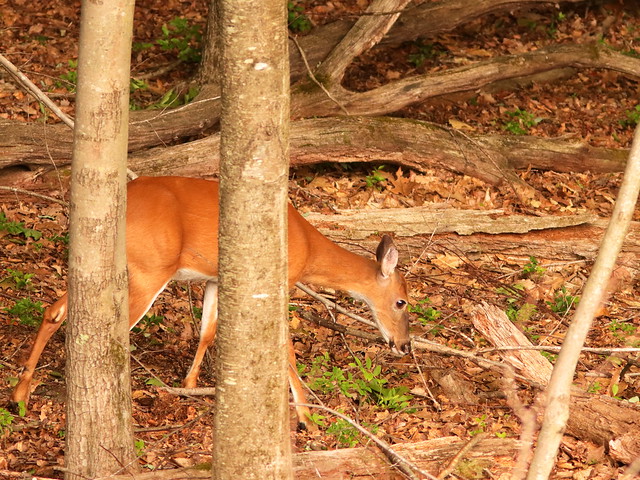 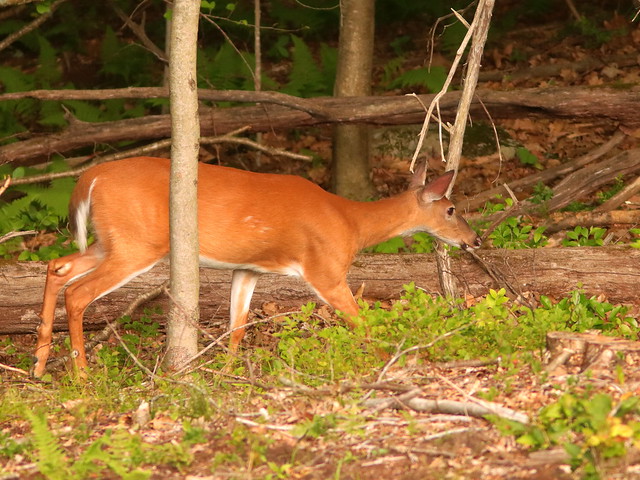 Yesterday morning at 1:15 AM, a doe triggered the Ring doorbell camera at the front door of our casita. It tasted our newly-planted holly:

We took our morning walk along shore of Diamond Lake at the far south end of property but no longer visible through the trees: 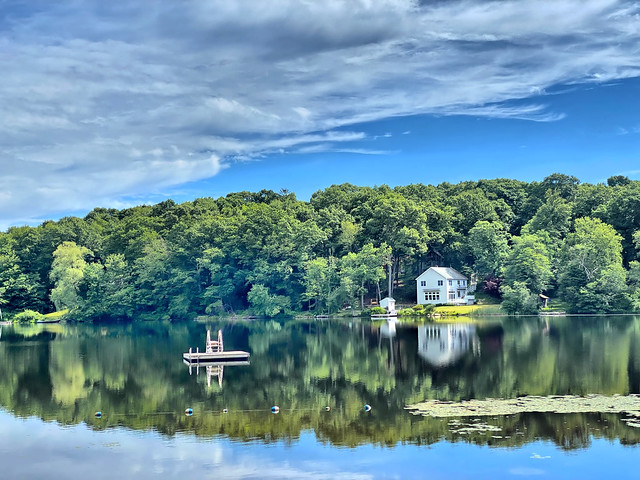 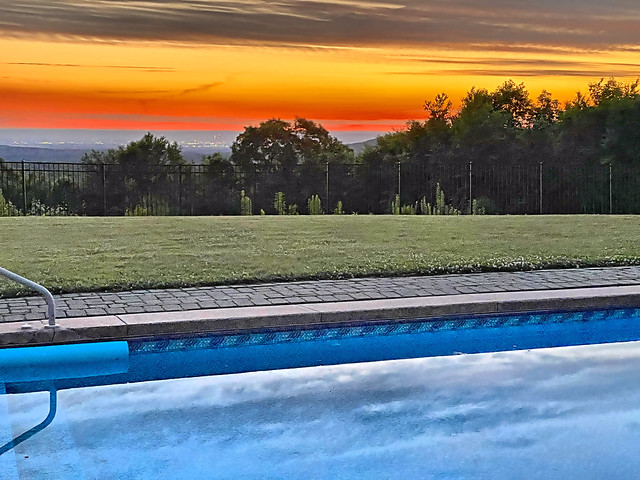