About two years ago we started taking our morning walks about an hour before sunrise. We were always out "early," meaning after the sky began brightening up. Since I like photographing the setting Full Moon, we occasionally got out when it was very dark. After we became full-time (summer) Florida residents it became a habit.

During the summer we escaped the heat of the sun and came to enjoy trekking out with flashlights and listening to the sounds of the night. We heard the calls of Eastern Screech-Owls and experienced the pre-dawn songbird chorus.

On April 8 I heard the eerie scream of a Barn Owl. It was high in a Royal Palm next to the gravel road which leads into the wetlands.  It was 6:20 AM, about 45 minutes before sunrise.  I could only see it using my flashlight. It was so dark that my camera would not click, even though I manually cranked the ISO up to 16,000.

I had to hold my flashlight beam on the owl to permit the camera to focus, and the photos turned out to be very soft, with "red eye" which I corrected during processing: 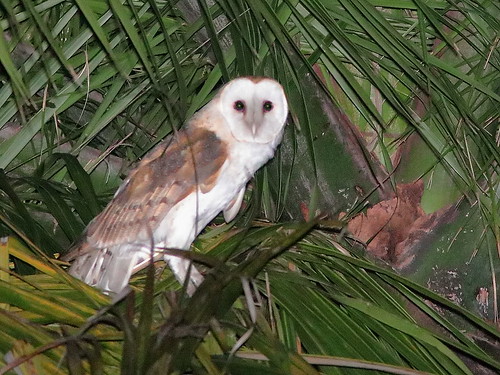 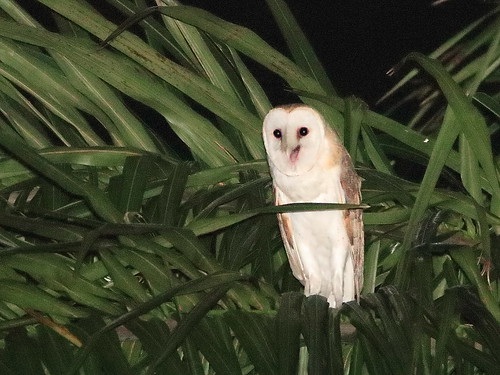 Years ago, when I first heard heard its unfamiliar scream I thought it was a mammal, perhaps a Bobcat. This time, the Barn Owl called unexpectedly while I was recording the song of a Chuck-wills-widow.

This was my tenth, but by far the best local sighting of (or hearing) a Barn Owl since first discovering one in 2015. I found a wing feather in 2018 in the same general location: 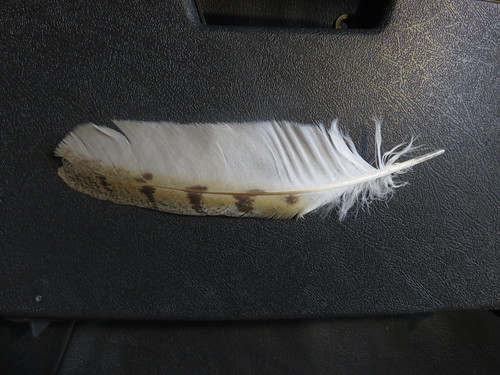 The owl first called from on or very near the top of the trunk of this dead Royal Palm. It could be a nesting or resting place, so I am checking it carefully: 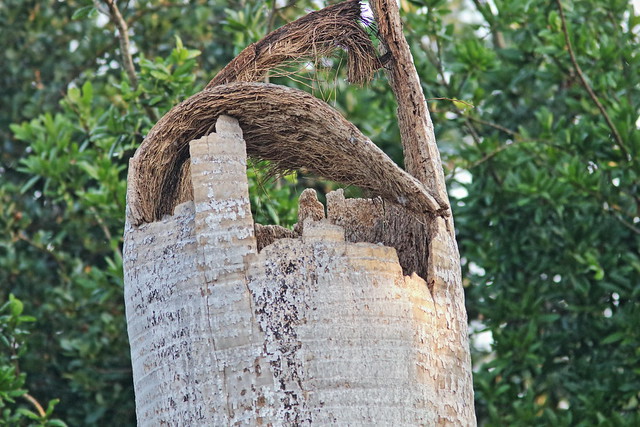 On March 25 I heard several Coyotes barking and wailing along the Big Levee Trail. By the time I reached the spot they had departed, but a treed Raccoon may have been their intended prey: 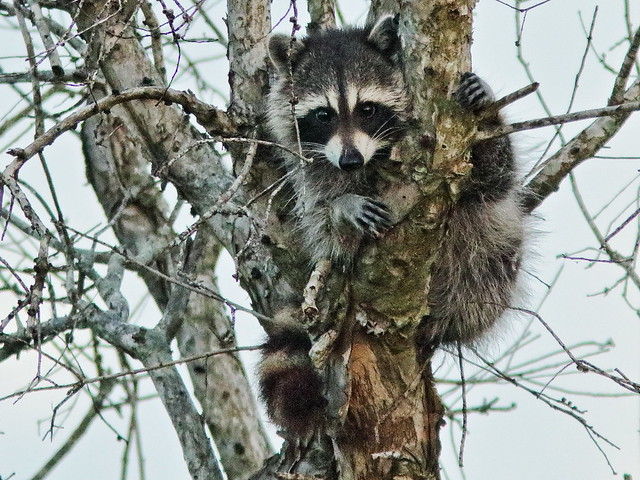 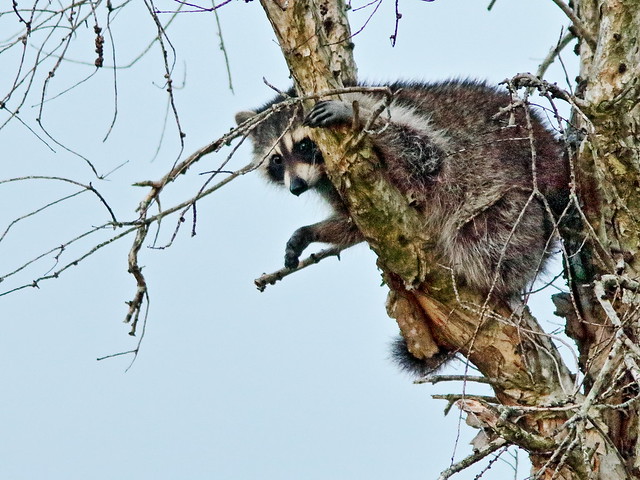 Nearby Chapel Trail Nature Preserve has since closed because of the COVID-19 pandemic, but my last visit there started with a peaceful stroll along the boardwalk, which starts out through a wooded area: 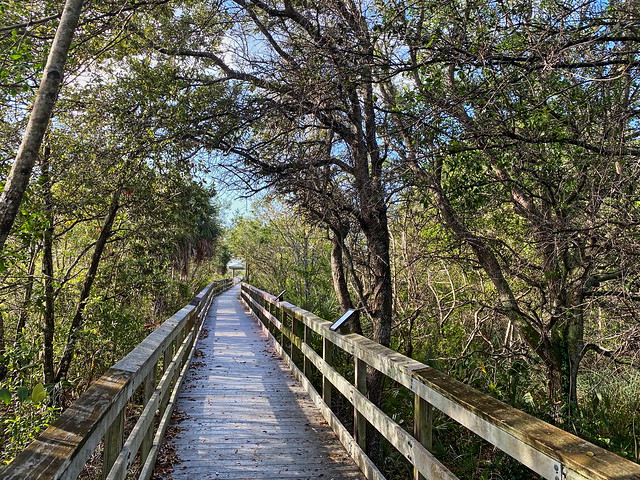 Among the birds and butterflies at Chapel Trail, a Blue-headed Vireo was a cooperative subject: 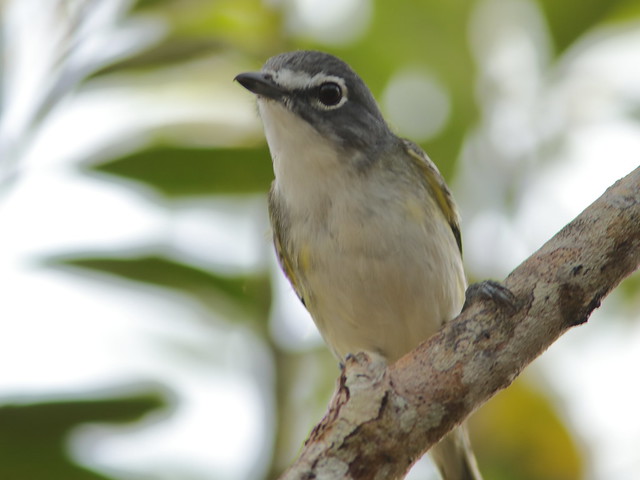 A Black-and-White Warbler foraged along the trunks and larger branches: 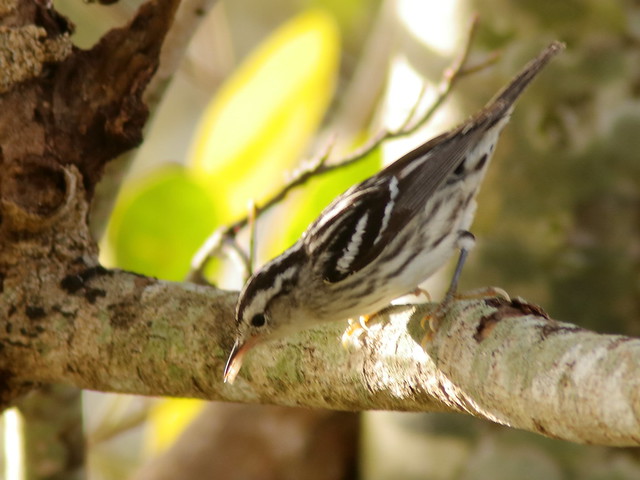 Cattle Egrets walked along with a Longhorn cow and bull in the adjacent pasture: 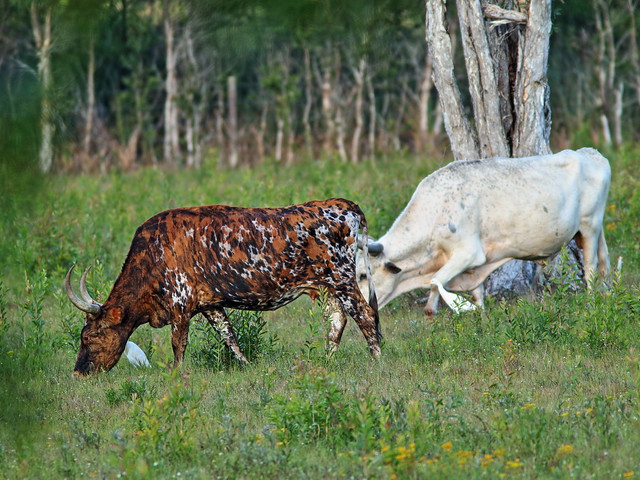 A Prairie Warbler flitted high up in the canopy: 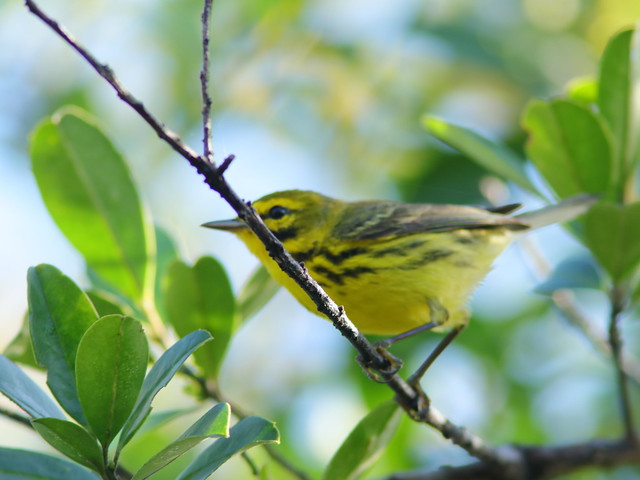 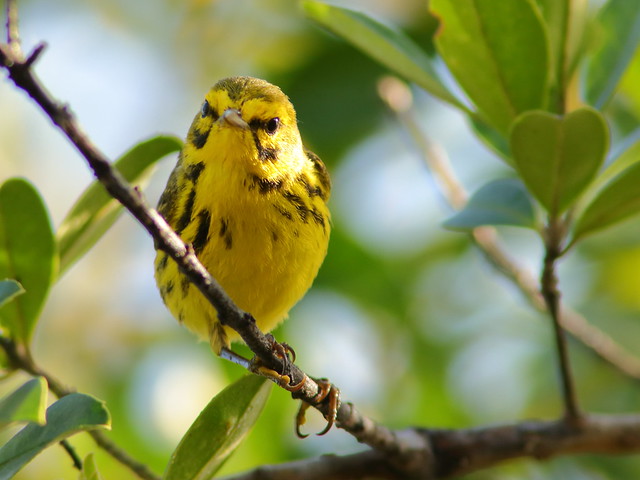 Out on the wet prairie, there were a dozen of these established exotic Gray-headed Swamphens: 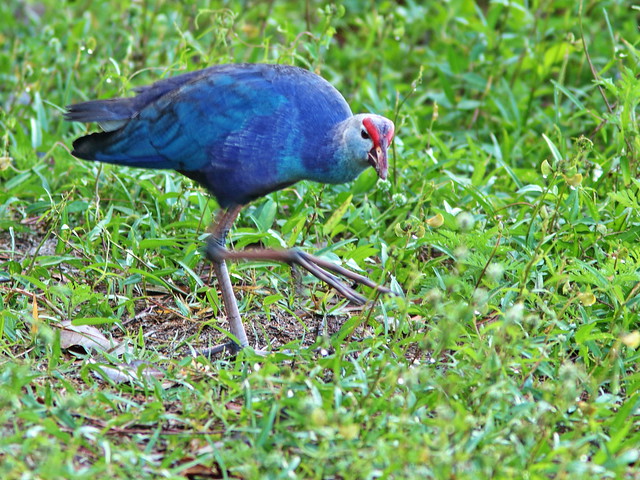 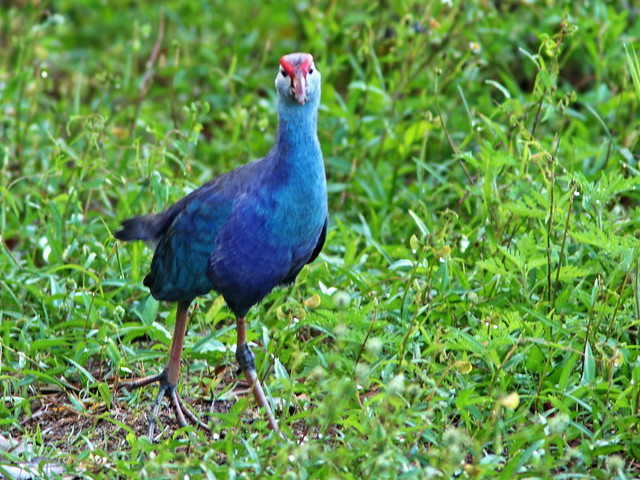 Swamphens were joined by a pair of Mottled Ducks on the flooded prairie: 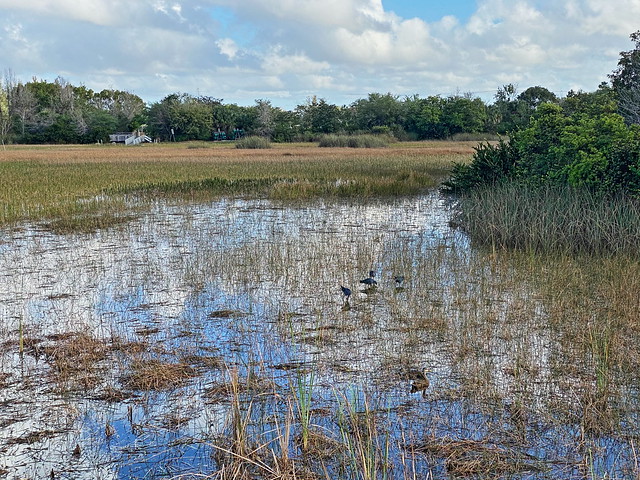 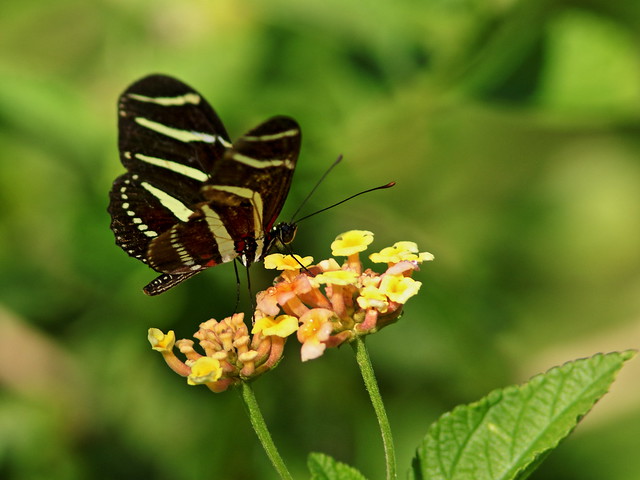 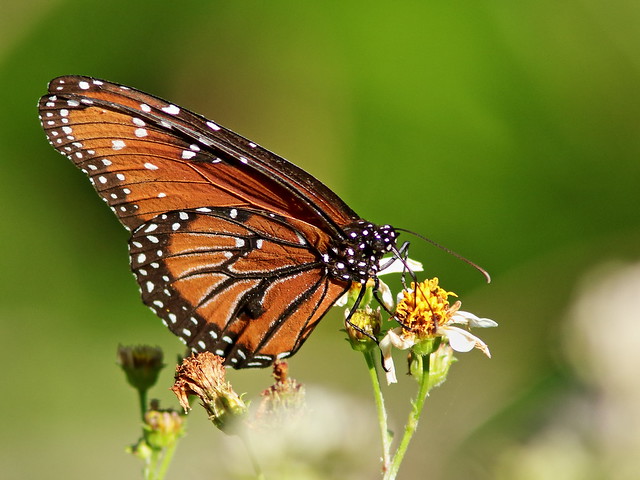 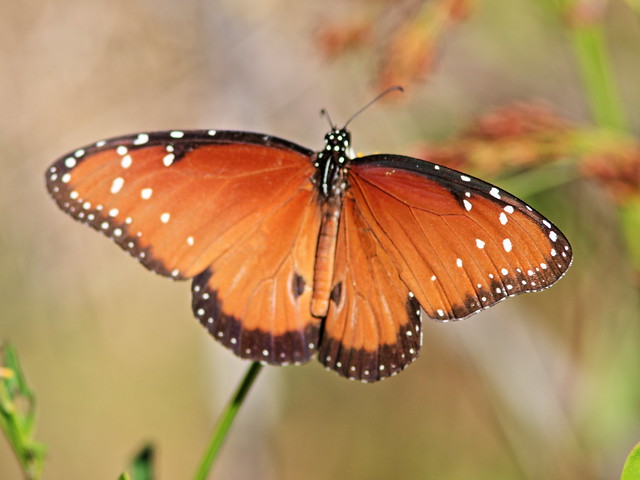 White Peacock wings are often damaged by their fighting,  so I never pass up a chance to capture a near-perfect specimen : 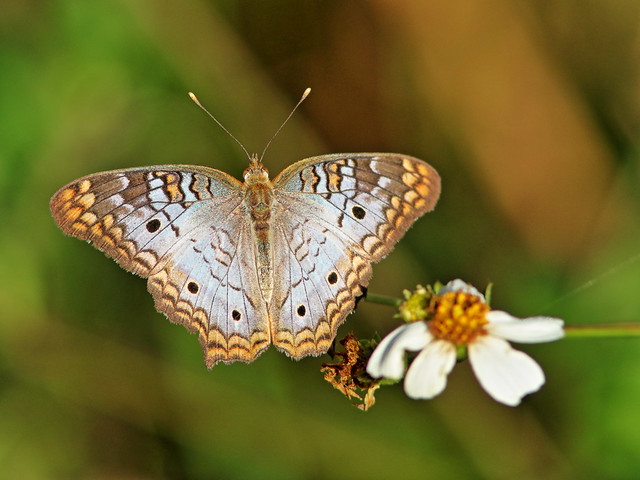 A Magnolia tree bloomed in a light rain shower: 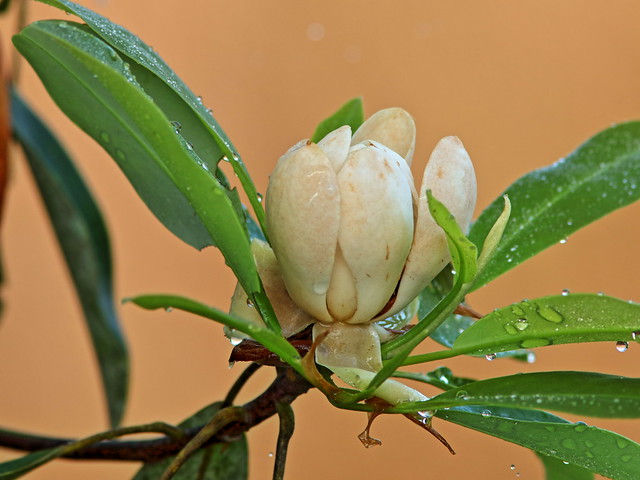 The sun rising over the entrance to our local Wounded Wetlands: 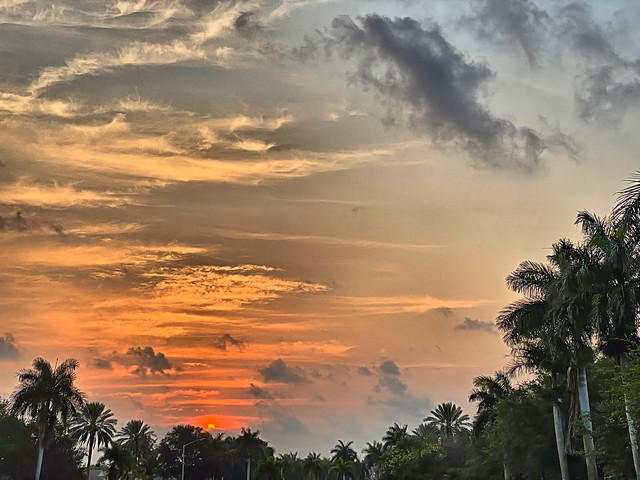 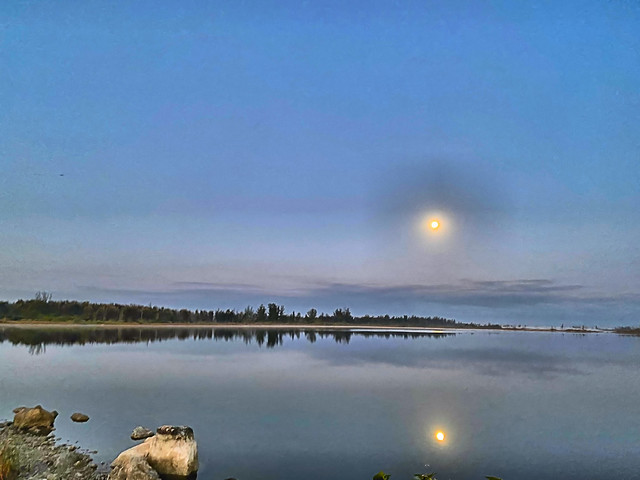 Posted by Kenneth Cole Schneider at 4:52 AM