About to walk out of  the wetlands area, I stopped to review my eBird checklist. Suddenly a male cardinal flew down close by and picked up a berry. It was the fruit of a Firebush (Hamelia patens) which  conveniently ripens just when northbound migrants need quick energy. The cardinal is non-migratory and often spends its entire life foraging and nesting in one small territory, so it knows its food sources very well. I watched its table manners as it plucked, squashed, swallowed and then cleaned up after the treat. 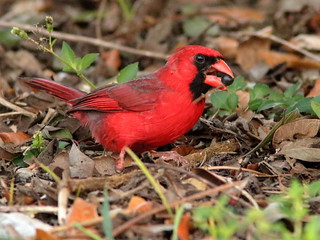 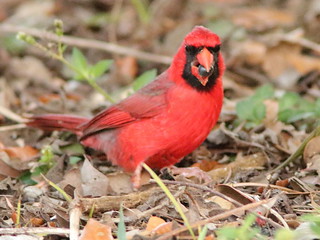 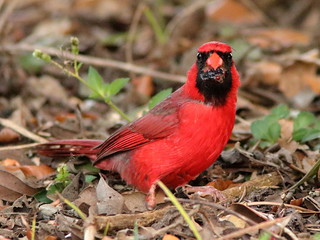 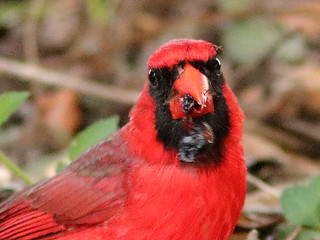 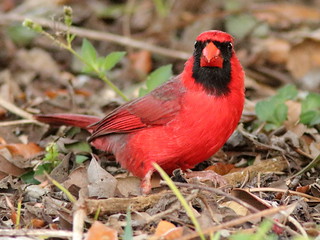 Moments later, after I exited the gates of the preserve, I noticed three Common Grackles sitting close together on the edge of the tile roof of a neighbor's house. Two males appeared to be vying for the attention of a female who looked on. The males postured: 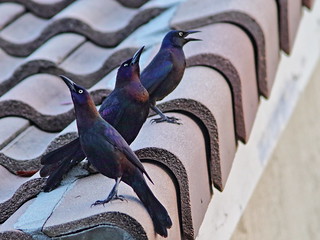 The male in the middle of the trio appeared to be the most assertive. He puffed up his feathers. Both closed their nictitating membranes  (third eyelids), commonly done as part of the display. 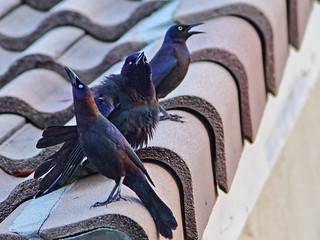 All three then flew off, so I do not know the outcome. 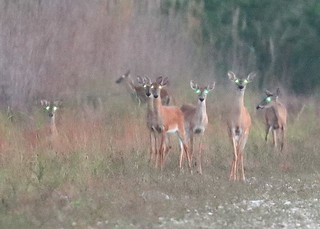 They did not bolt away. Every time my camera clicked, they looked up: 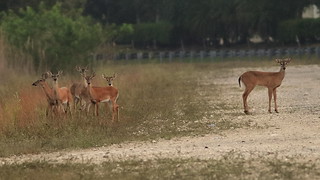 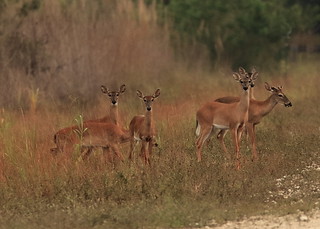 Two Raccoons explored the margins of a puddle: 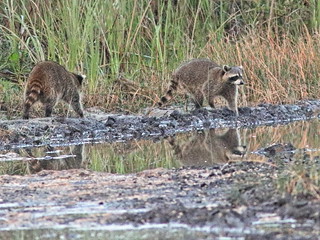 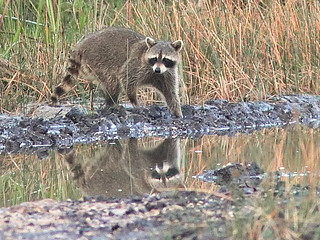 We enjoyed a beautiful red sunrise on two consecutive mornings. This was out of a hazy but cloudless sky on April 12: 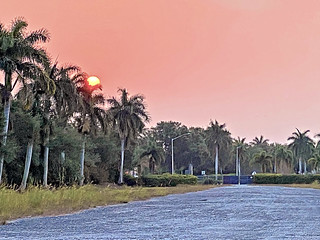 The sun reflected off clouds on April 13: 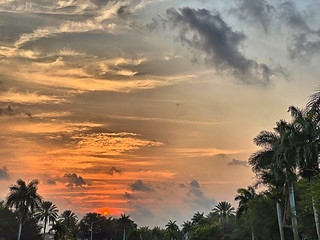 Posted by Kenneth Cole Schneider at 5:13 AM