Birding during spring migration in southeastern Florida is usually less productive than in autumn. In past years there have been pleasant surprises. One of the best years was 2011, when I found nine warbler species one morning in mid-April.

A highlight then was a Blackpoll Warbler: 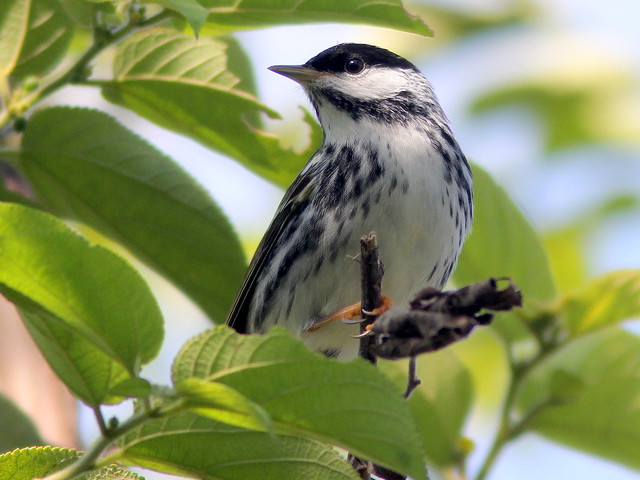 Least Terns return to our lake on or very close to April 15 every year: 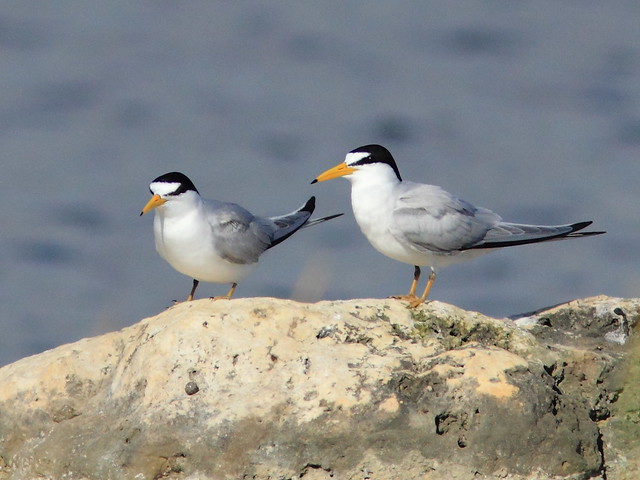 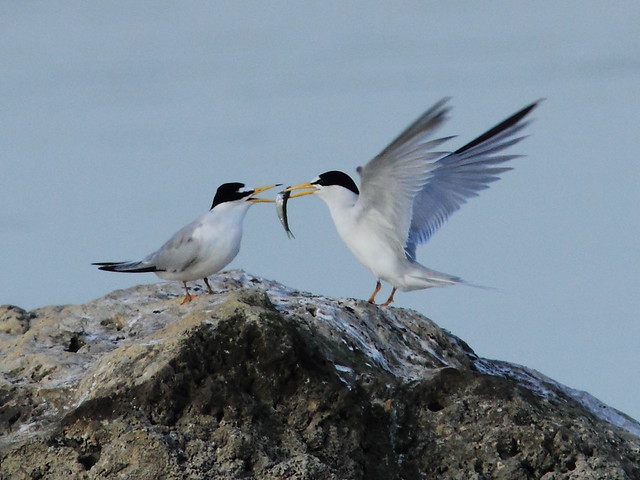 Solitary and Spotted Sandpipers (from left to right) pass through... 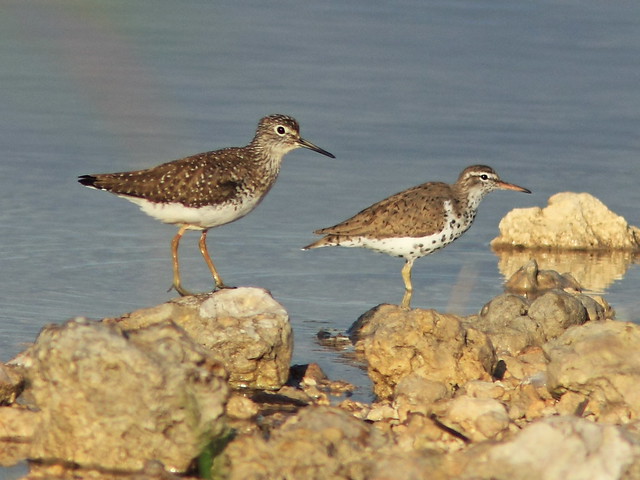 ...as do Black-necked Stilts: 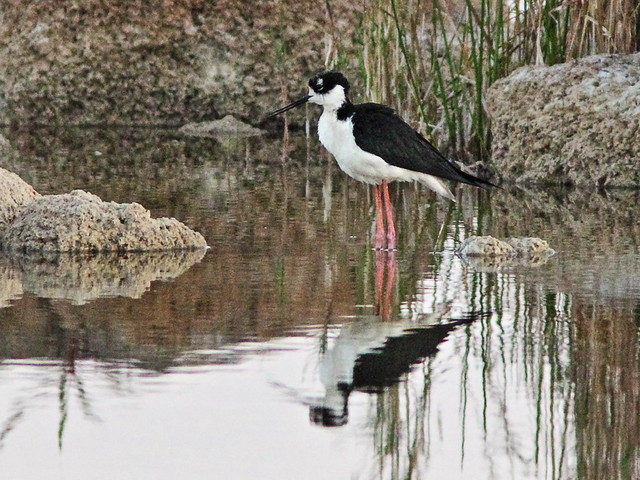 Our winter residents are departing.... 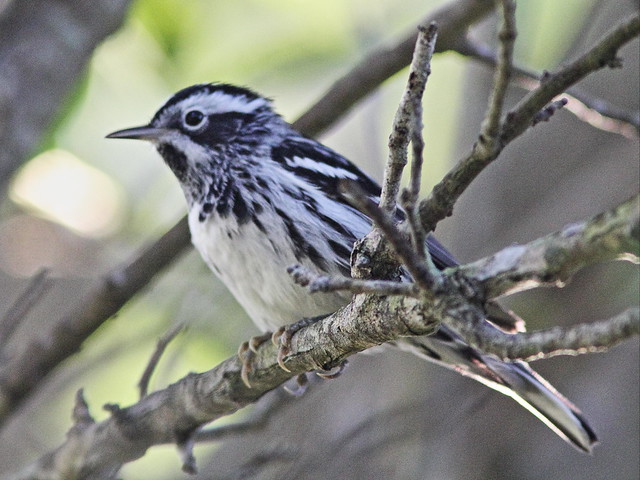 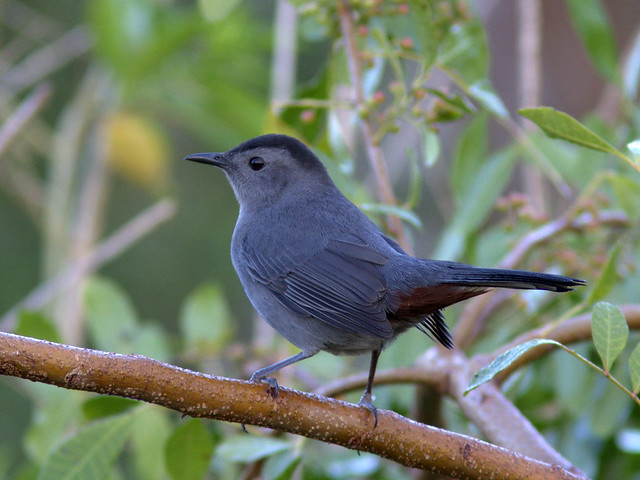 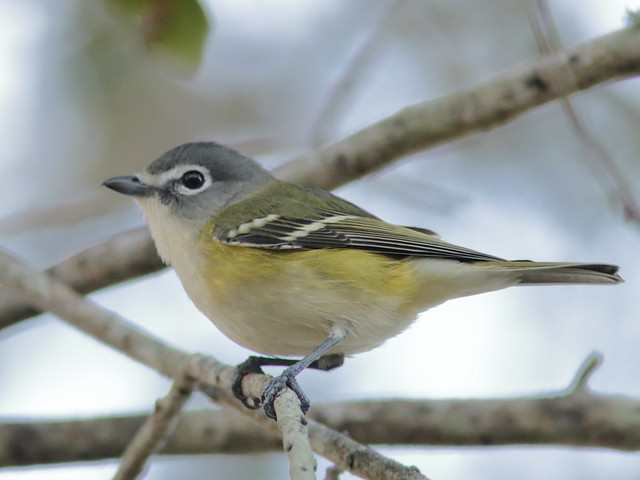 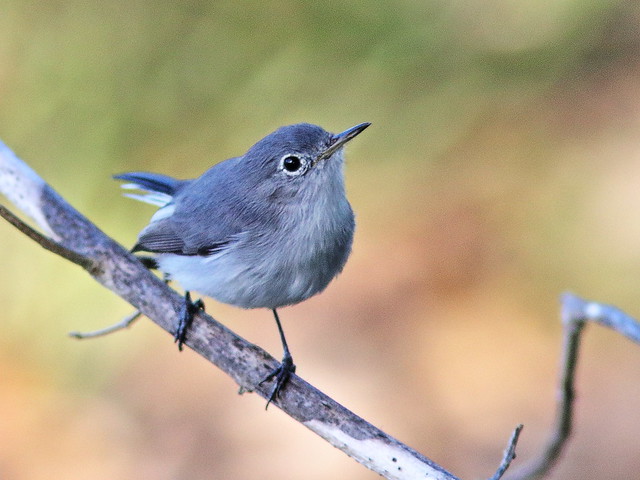 Our Son-in-Law was born in Sagua la Grande on the north coast of Cuba, which spreads out about 100 miles south of Key West. His father speaks of seeing large numbers of colorful birds filling the trees in springtime, waiting for favorable winds to help them cross northward over the Straits of Florida.

This phenomenon was portrayed dramatically in these Key West velocity radar images which I captured overnight on April 26, 2017. The echoes of migrating birds moving towards the radar are depicted in green, while those moving away to  the north are red: 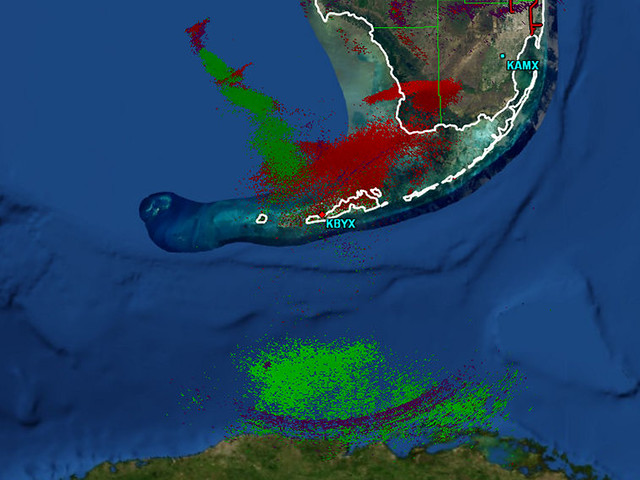 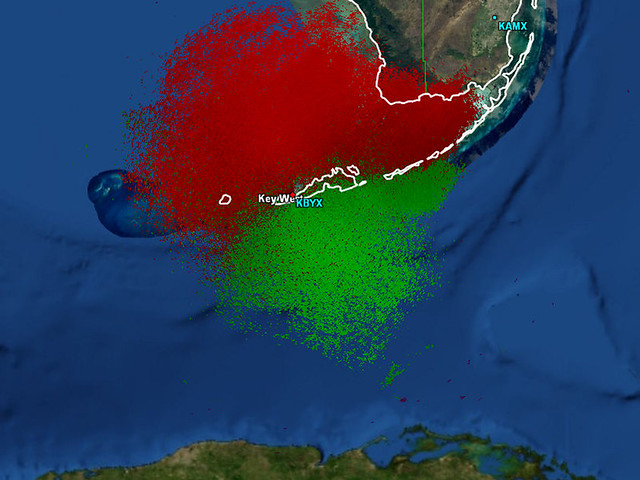 At the same time that morning, the Miami Radar returned dense echoes passing overhead. Our home, indicated by the "+" mark, inland  between Miami and Fort Lauderdale, appeared to be in the middle of a mass migration: 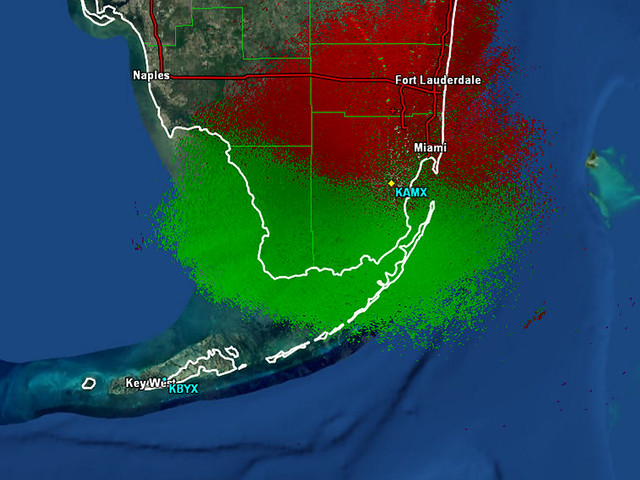 The results on the ground were not quite as impressive, though I did find 16 individuals of seven warbler species. I expected that birds would be dropping off the trees! In truth, the radar is also capturing the huge biomass "bloom" of insects which are mostly being blown along by the prevailing winds.

This spring's migration has been rather disappointing. Prevailing winds from the southeast often direct the migrants towards the west coast of Florida and even across the Gulf of Mexico. Also, since migrating birds can fly up to 50 miles an hour with a favorable tail wind, they can pass over south Florida well before settling down at sunrise.

My  most memorable warbler sightings this year were small flocks of Cape May Warblers, on April 19 and 28: 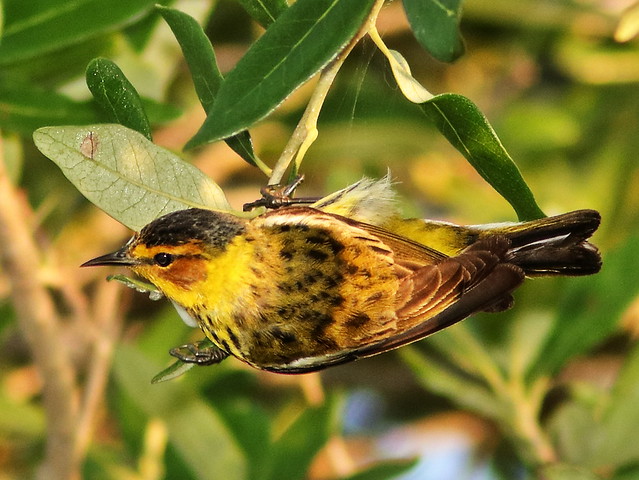 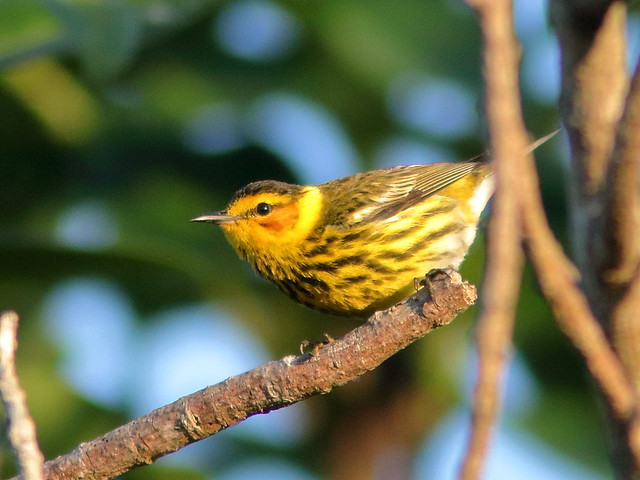 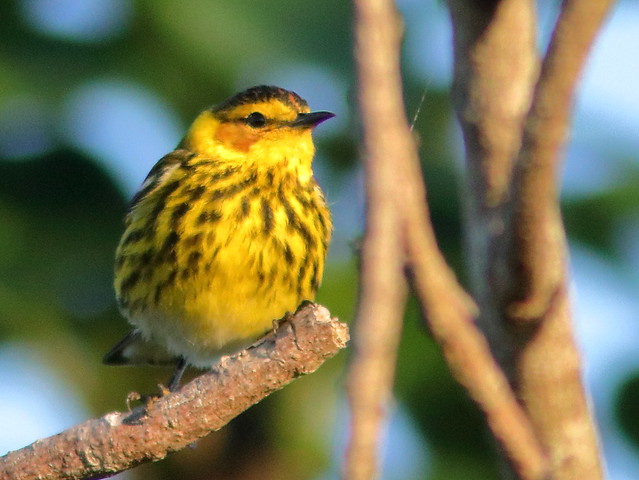 FACTOID: "The Cape May Warbler breeds in boreal coniferous forests, where it sings, feeds, and nests high in the spruce canopy... Although the first illustrations of this species were based on birds taken in Canada, its English name refers to the locality from which Alexander Wilson first described the species—Cape May, New Jersey—where it was not recorded again for more than 100 years..." (Ref: Cornell Lab Birds of the World)

After a very dry winter and early spring, we are finally entering our wet season. Sunrises can be spectacular... 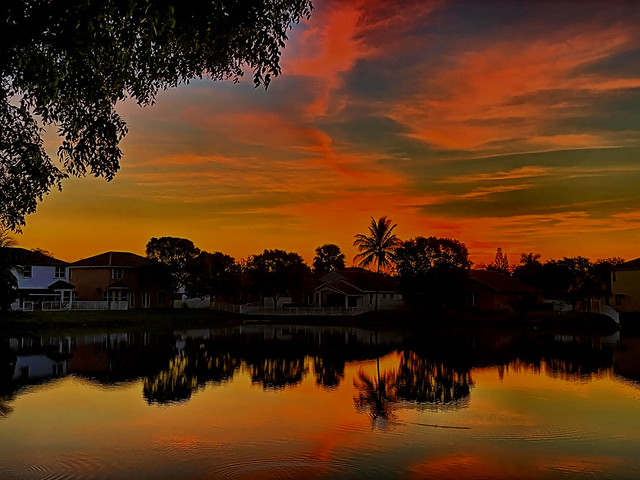 The sky had cleared by nightfall as the Full Flower Moon rose over our lake: 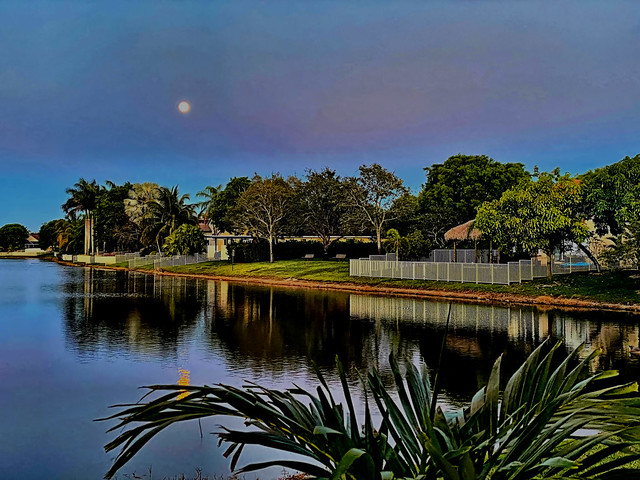 Before sunrise In the local wetlands, a thunderstorm along the Atlantic coast cast a shadow which arched over to the Everglades on the opposite horizon: 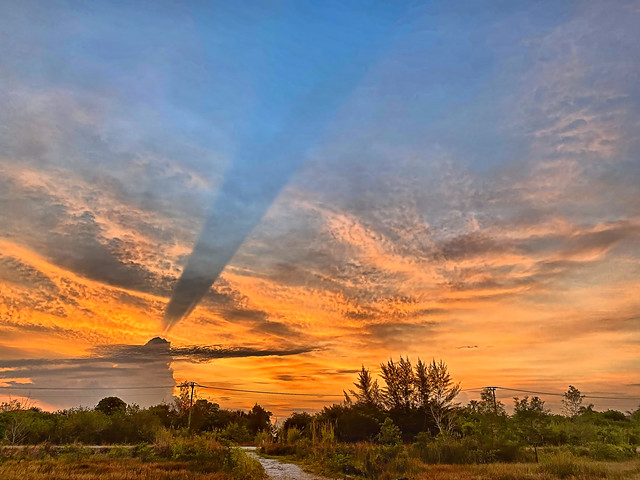 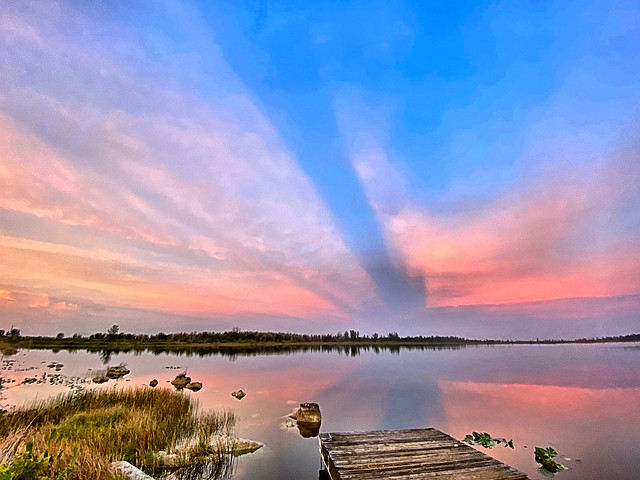 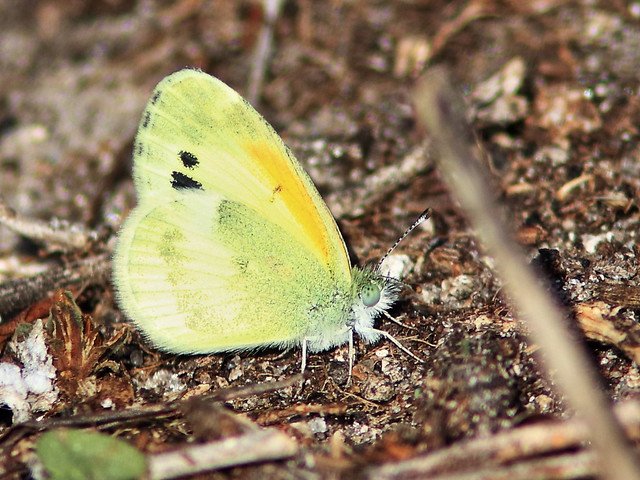