There has been lots of excitement at the Bald Eagle nest in Pembroke Pines near our south Florida home. We have been following this nest since it was "discovered" in 2008. Over that time, the male "Pride," his first mate "Joy" and present mate "Jewel" have produced 25 known eaglets over all the seasons except in 2014-2015. That was when Jewel replaced Joy, who mysteriously disappeared in October, 2014.

This was Joy in January, 2014, then tending to her final brood: 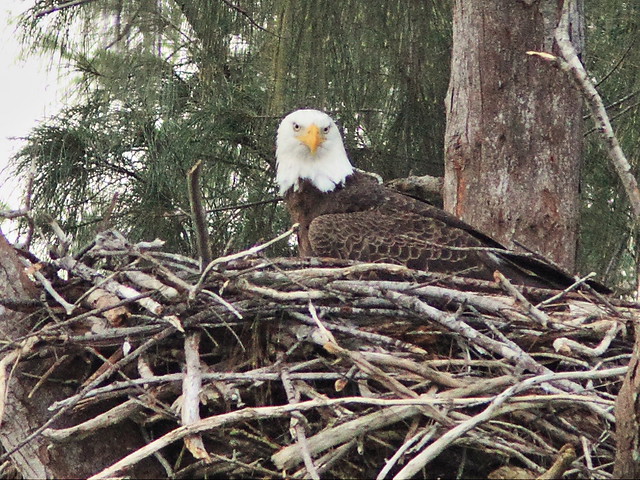 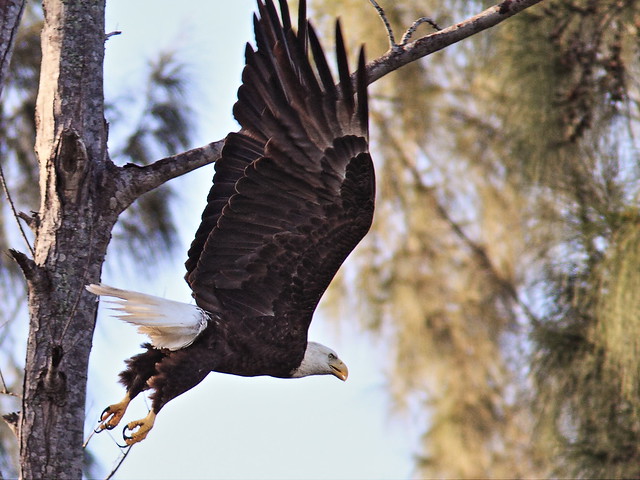 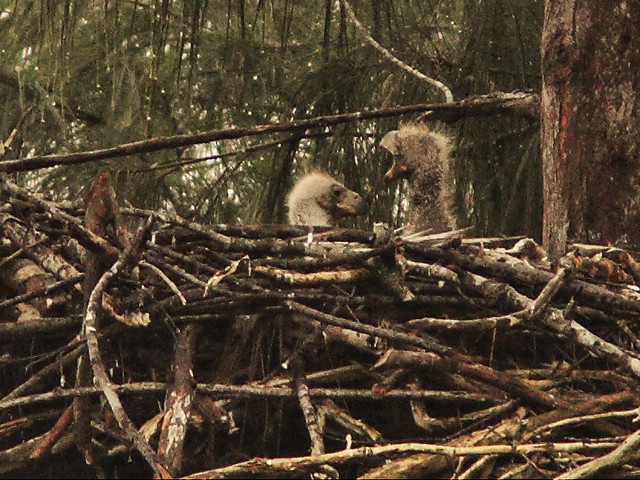 Jewel was young, probably early in her fifth year and still exhibited some immature plumage. She seemed to lack the maternal instinct when they mated in early January 2015, probably too late in the season. She may have laid some eggs which Pride appeared to incubate for a time, but they did not breed successfully.

The next season (2015-16) got off to a good start, with evidence that their first egg was laid on December 13, about average for this nest. However, a severe wind storm in late January damaged the nest and killed their 4-day old eaglet as well as any unhatched eggs which may have been present. The pair proved they were resourceful and bred a second time, producing two eaglets which hatched out around March 16, 2016. One of their two nestlings appeared to have either been out-competed or killed by its sibling. The surviving eaglet fledged successfully on June 16, 2016. 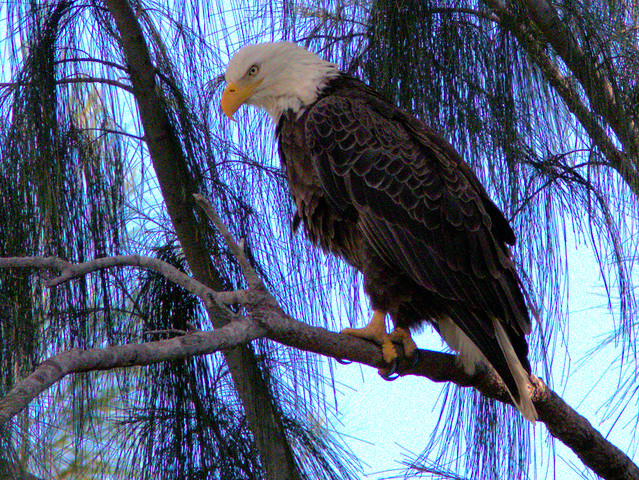 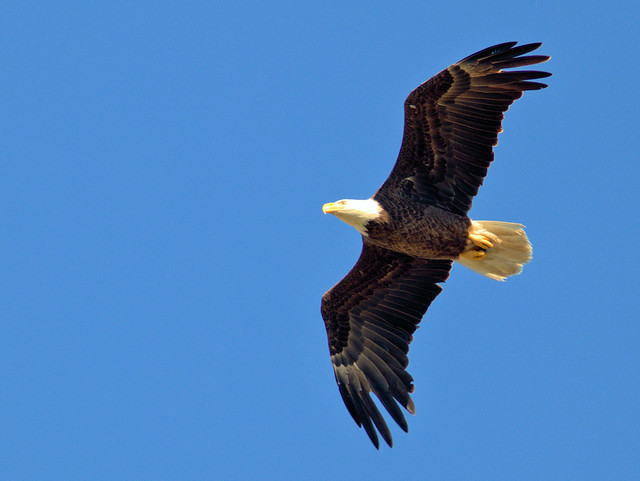 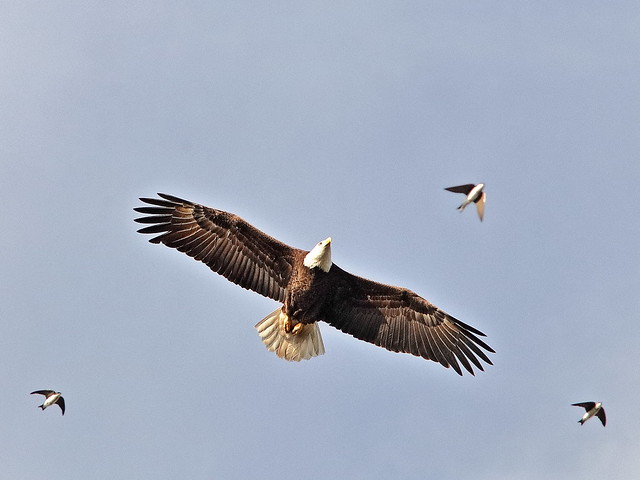 Pride and Jewel (noticeably larger, to the right) on the nest while they were renovating it in late September, 2019 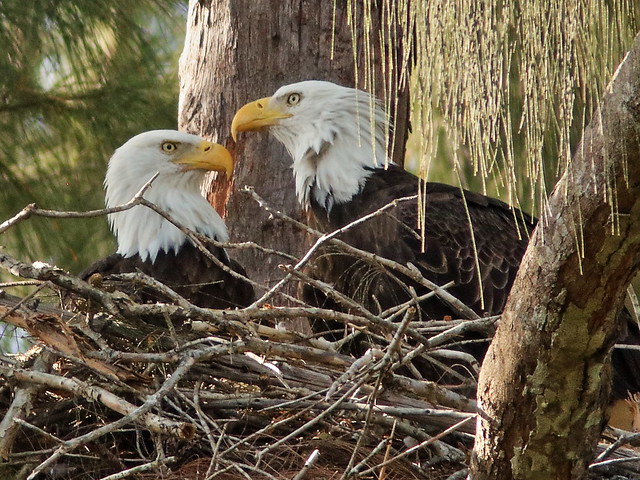 The present season (2019-2020) was a repeat of the tragedy of 2016. After we saw evidence that at least one eaglet was present in the nest on January 2, 2020, two severe thunderstorms on January 4 and 10th damaged the nest and presumably mortally injured or killed the offspring. After that, the pair worked to restore the nest and they copulated on January 25.

There was good evidence that the pair was exchanging incubation duties over a second clutch of eggs by mid-February and that at least one of two surviving eaglets was present on March 14, 2020. Two eaglets are now about 10 1/2 weeks (~75 days) old. The first-hatched, which we believed to be the a female ("P Piney 24," the 24th known progeny), fledged successfully  a week ago, on May 21.

Although she has been heard calling near the nest, she had not been seen at the nest for the past seven days. It is not unusual for newly-fledged eaglets to go missing for a few days until hunger drives them back to the nest to be fed. Most birds tend not to return to their nest after their first flight. Bald Eagles, particularly when there is more than one eaglet, are enticed to continue occupying the nest while they gain hunting skills and learn to become independent. This is habit keeps the family unit together and is a more efficient way of feeding and protecting them. 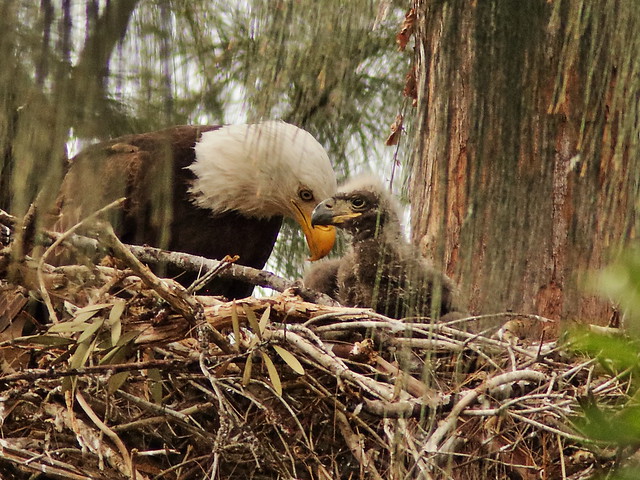 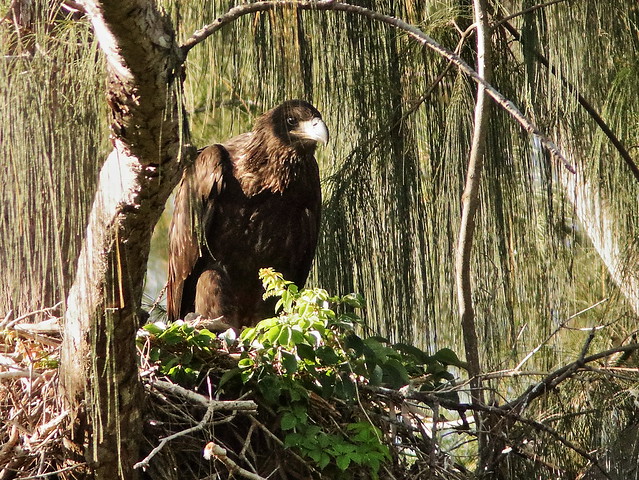 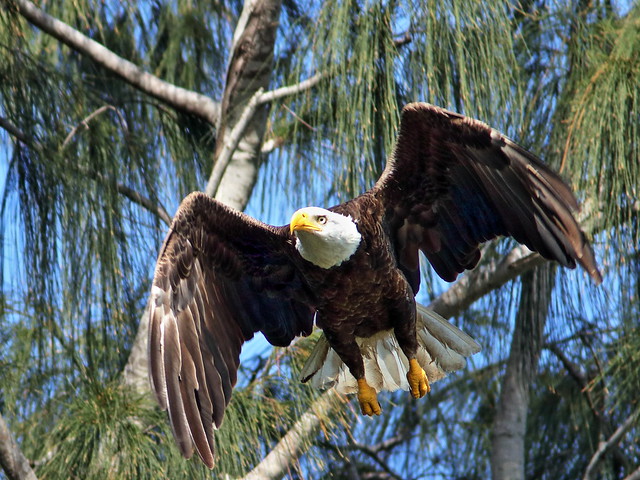 I saw this Ruddy Daggerwing butterfly while watching the nest on May 22: 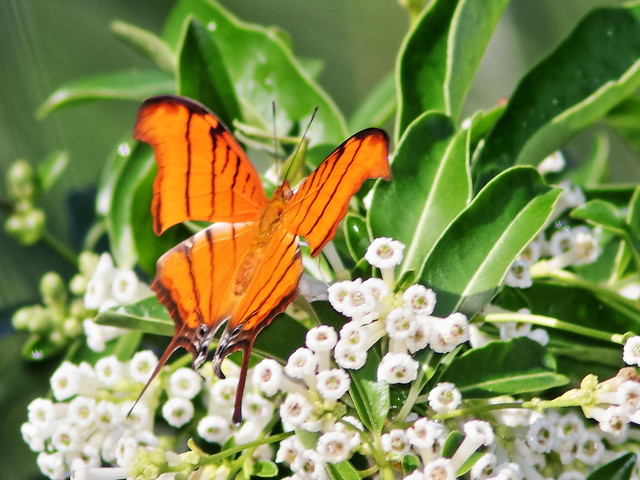 Storms threatened nearly every morning as we moved into the wet season. Here, the sun struggled to escape the cloud cover: 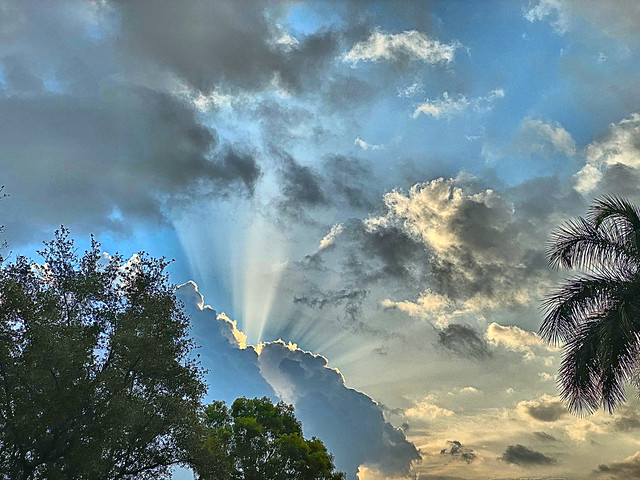 Before sunrise on May 23, the sky to the northwest was alive with color: 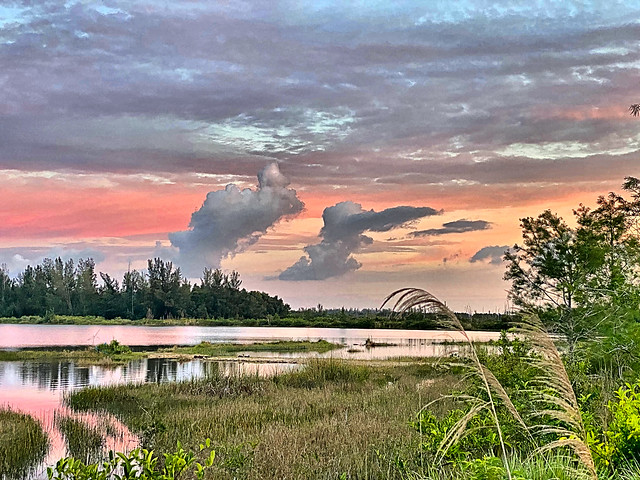 Storms appeared to be moving in... 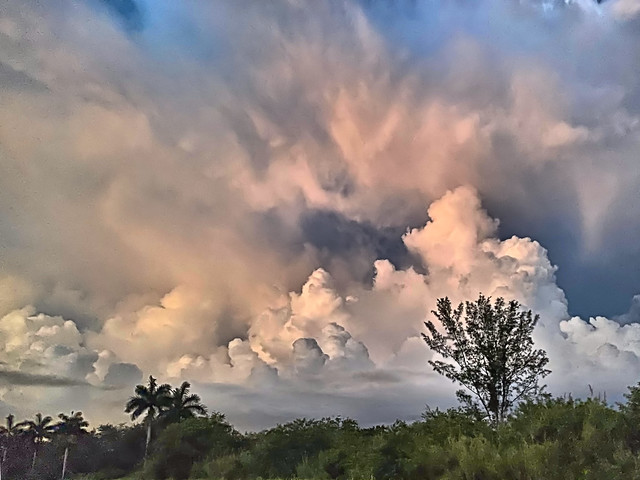 ...but this one passed by and produced a rainbow which reflected nicely: 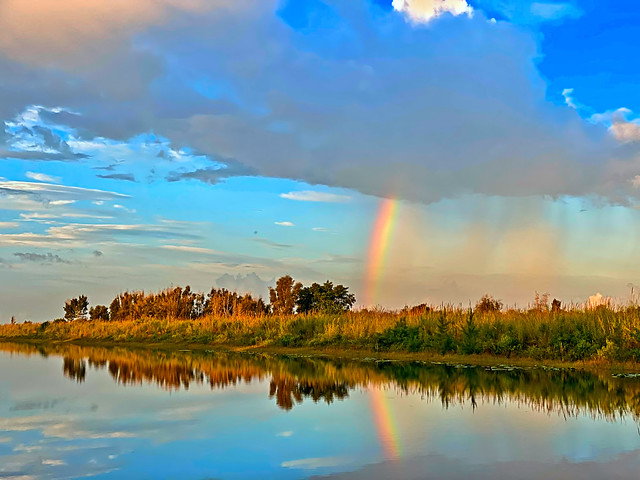 The entrance to our subdivision glows under the rising sun: 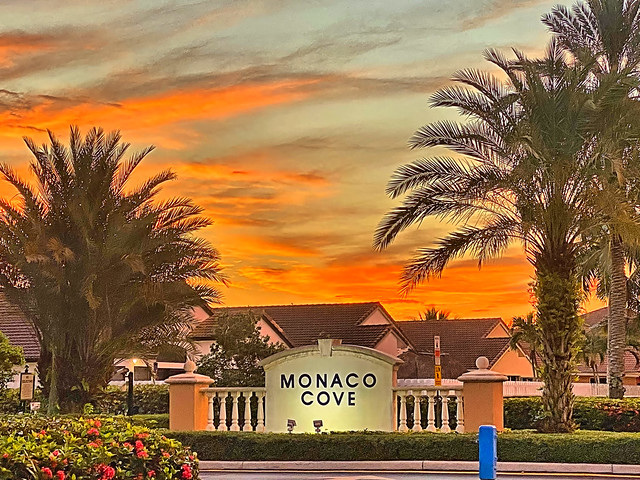 Posted by Kenneth Cole Schneider at 5:09 AM