Most winters we have three American Kestrels, all males, each occupying and defending three adjacent territories along our route in the Wounded Wetlands. One year there were none and last year only one remained all winter. For the past couple of weeks one has persisted in the "Royal Palm" territory nearest the entrance, which I designate number one of the three.
The smallest of our falcons, he chased away a Merlin and fended off pesky mockingbirds and Blue Jays. He is almost always roosting prominently on the central spires of the Royal Palms which define the area that he defends.
American Kestrels are handsome birds: 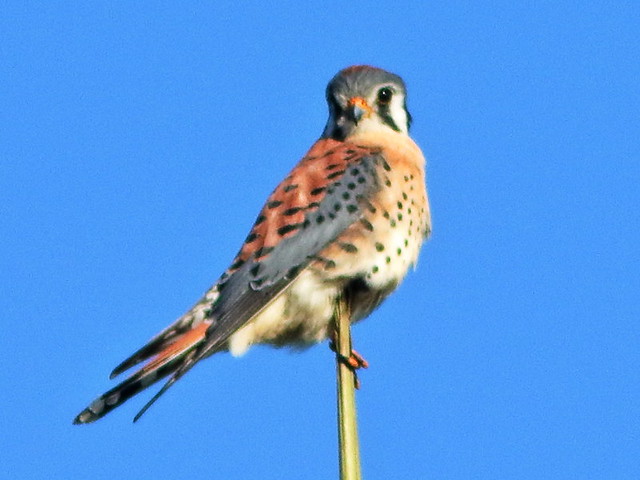 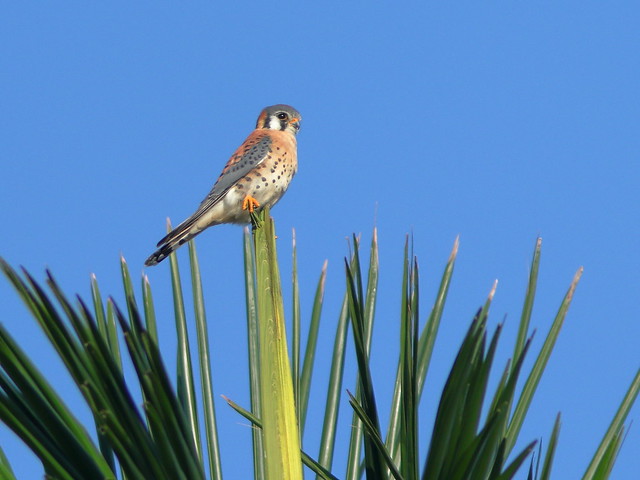 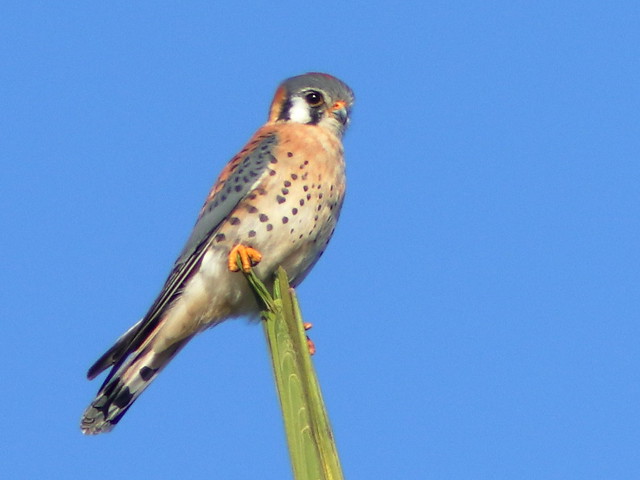 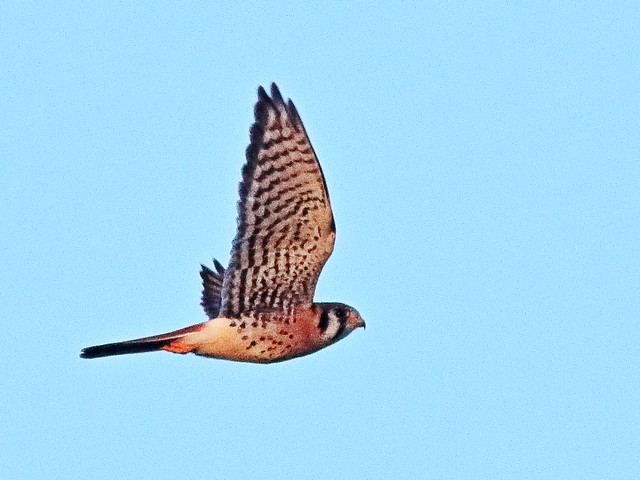 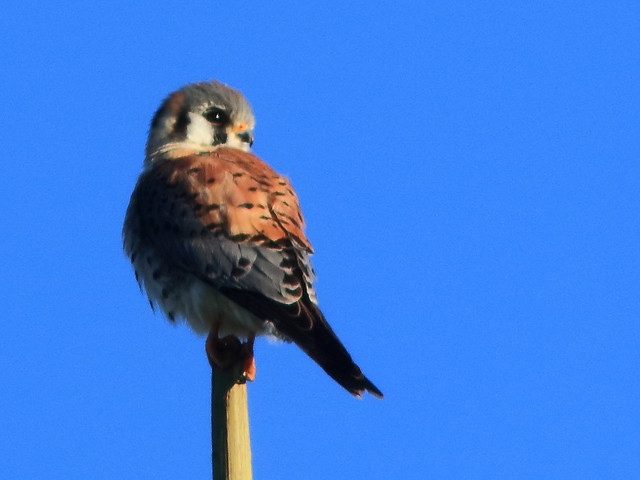 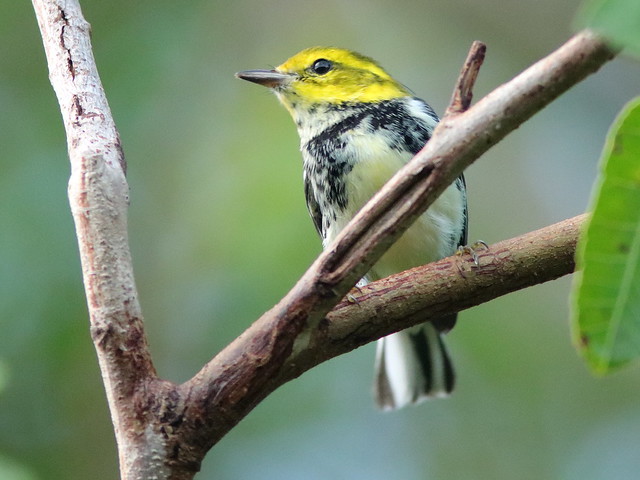 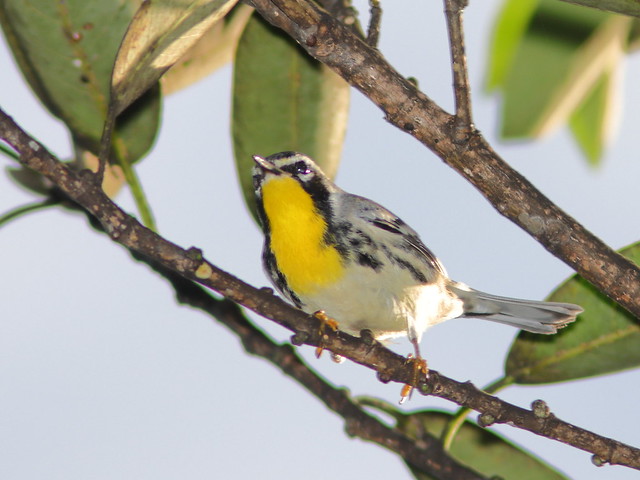 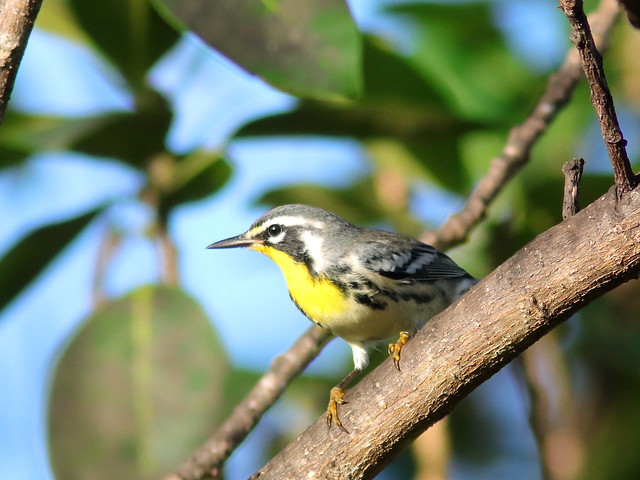 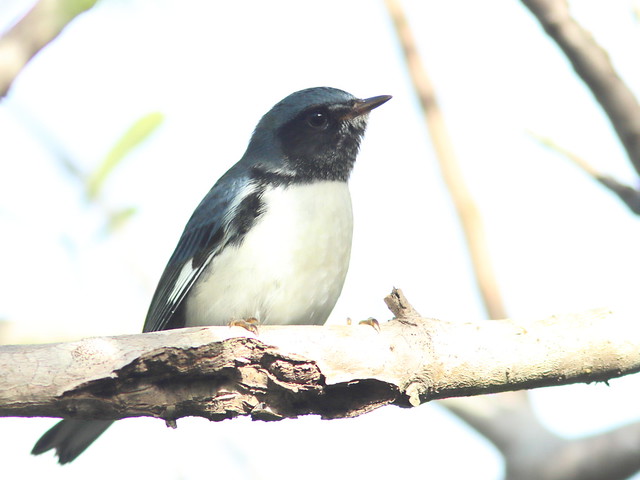 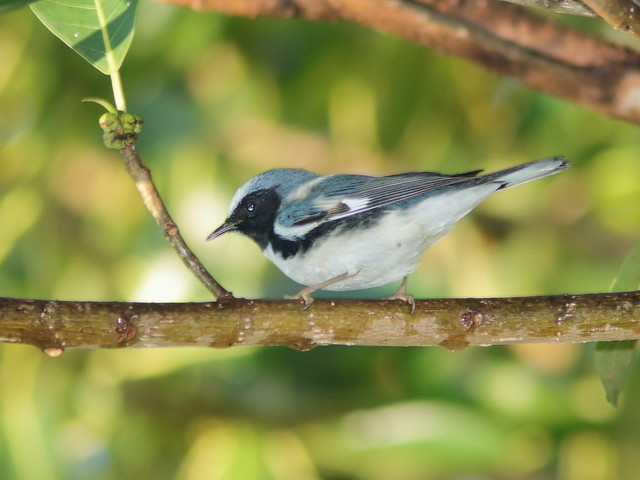 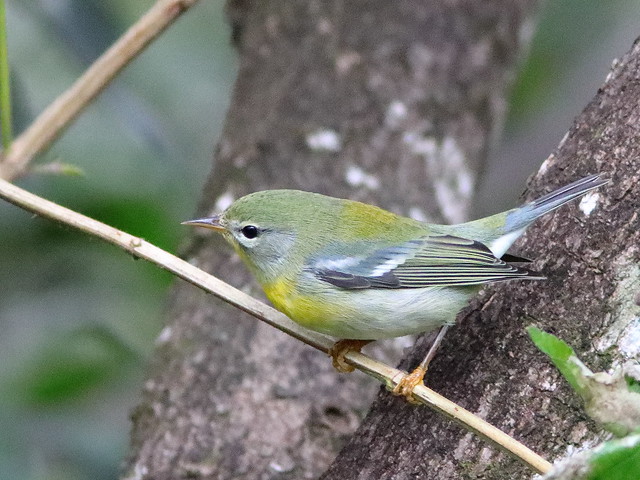 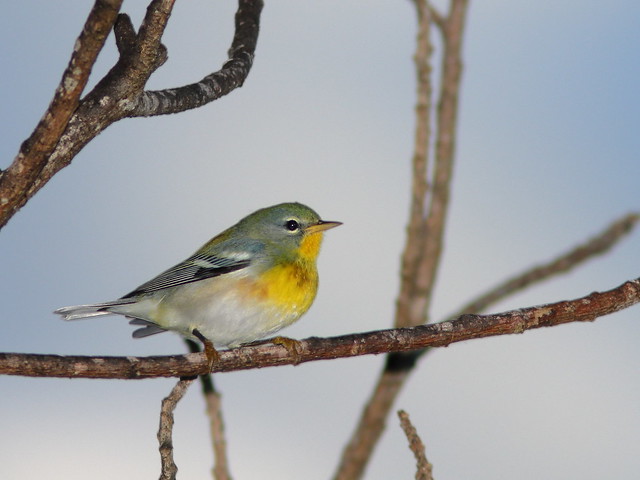 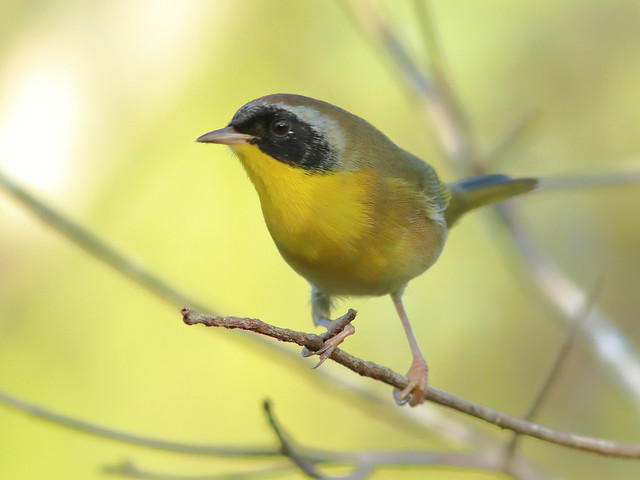 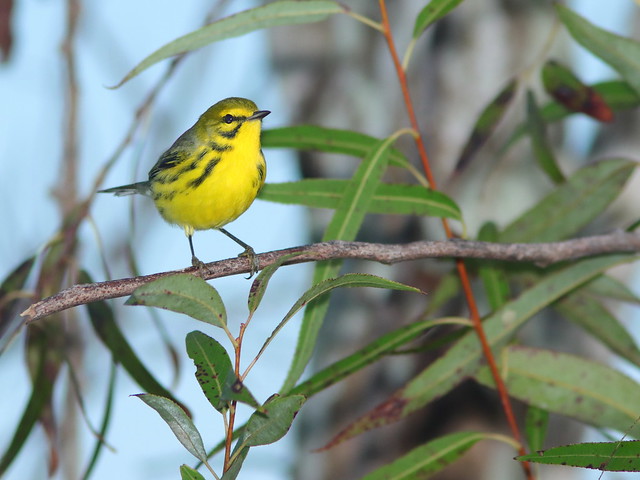 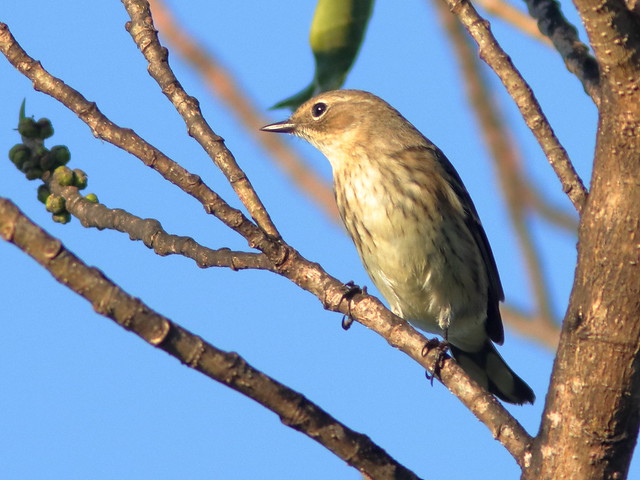 ...leaving no doubt about how they got their names: 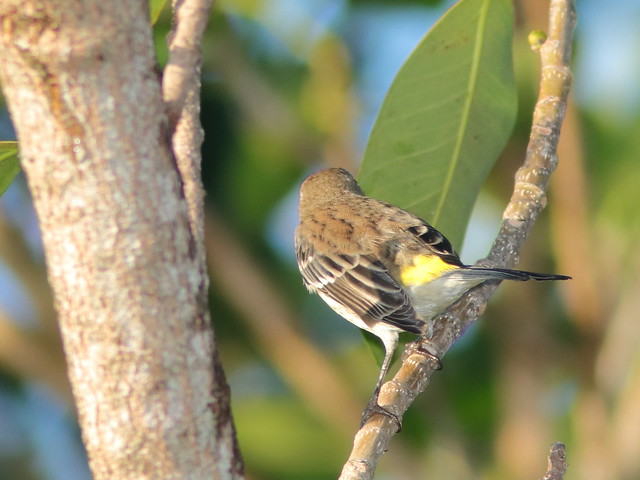 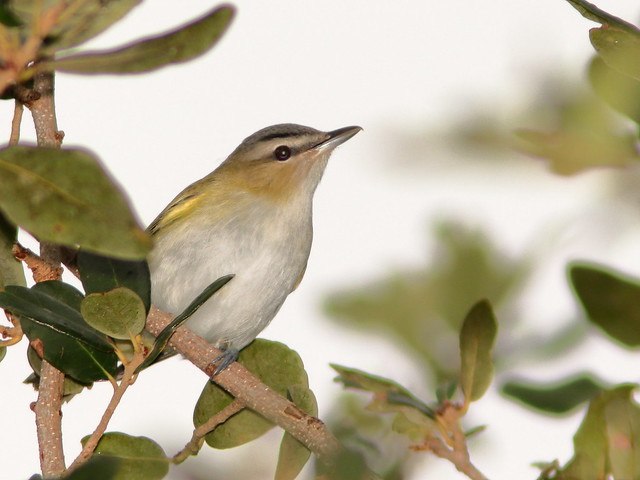 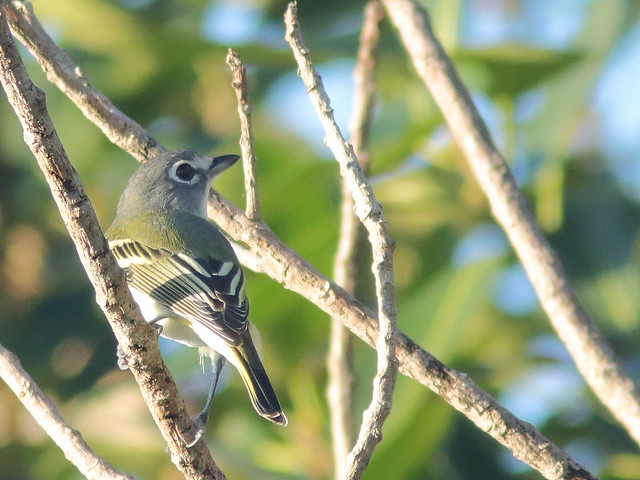 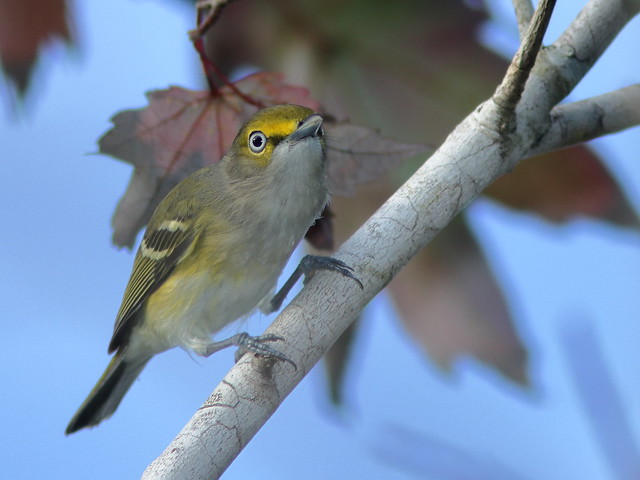 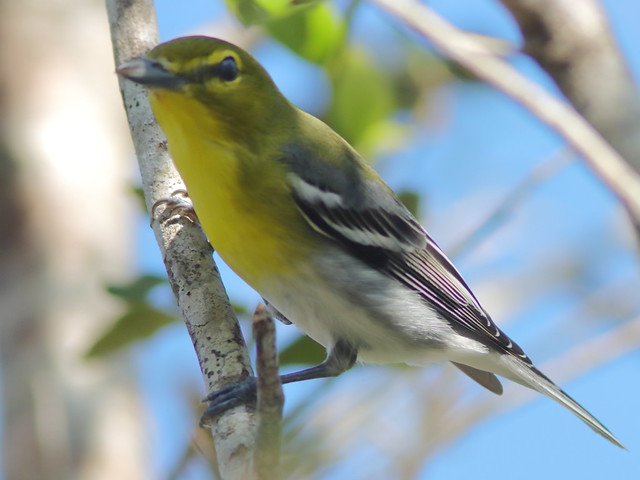 ...and the uncommon Bell's Vireo: 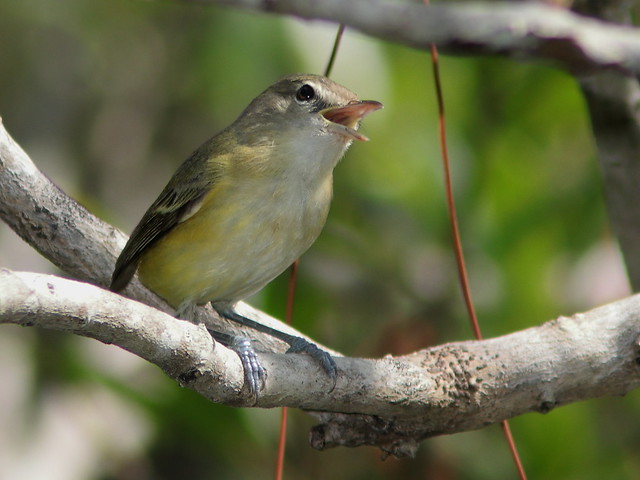 The tropical storm systems created very high water in the lakes, unfavorable for wading birds. The lakeside marsh is flooded and my favorite "peninsula" is under water. Here, before sunrise, anticrepuscular rays converge over the marsh opposite the sun: 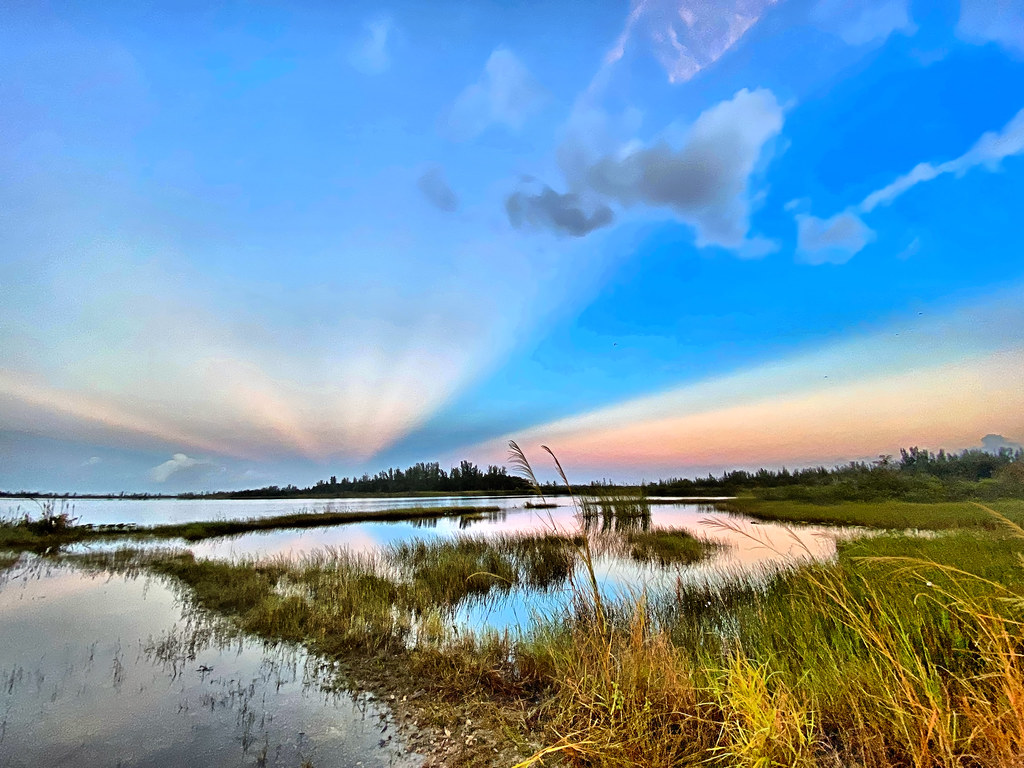 A male Ruby-throated Hummingbird partakes of the nectar we provide on our back patio (photo taken through the double pane windows on our sliding glass door): 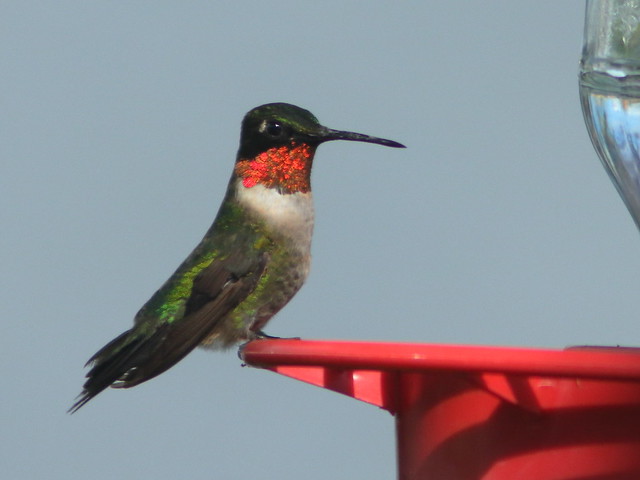 His throat patch (gorget) is actually black, and the ruby-red color is seen in direct sunlight, due solely to reflection and refraction from feather structures: 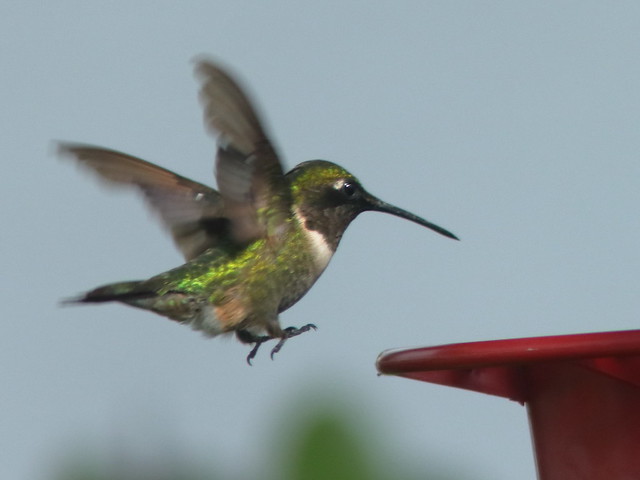 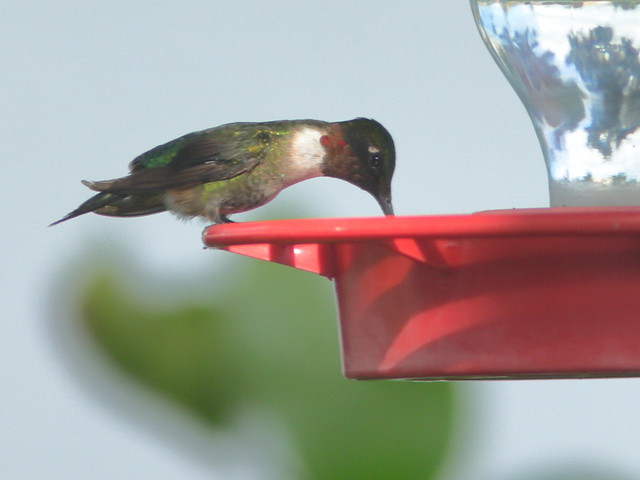 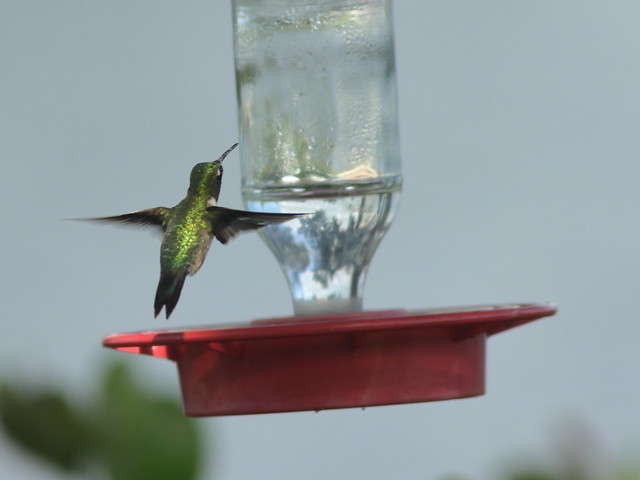 About thirty minutes before sunrise, a contrail deposited by an airliner is now bathed in sunlight. If you look closely you can see the Planet Venus in the sky to the right (enlarge and squint): 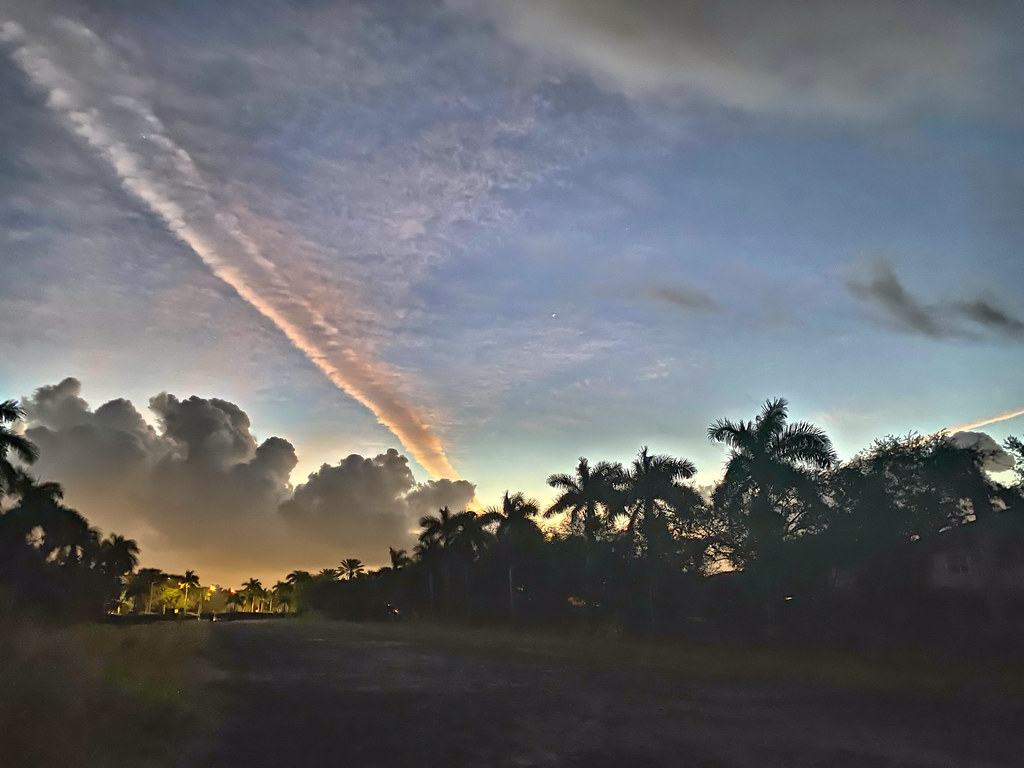 A little later, it looks as if a missile has made a direct hit-- the end of civilization?: 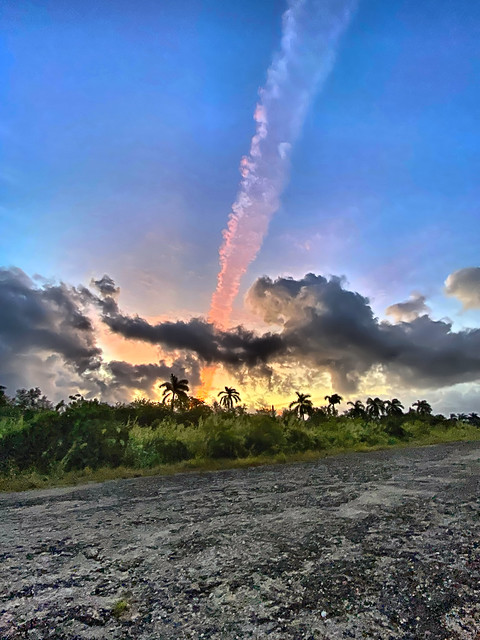 Oh, do I see a monster cloud looming over the disaster site? 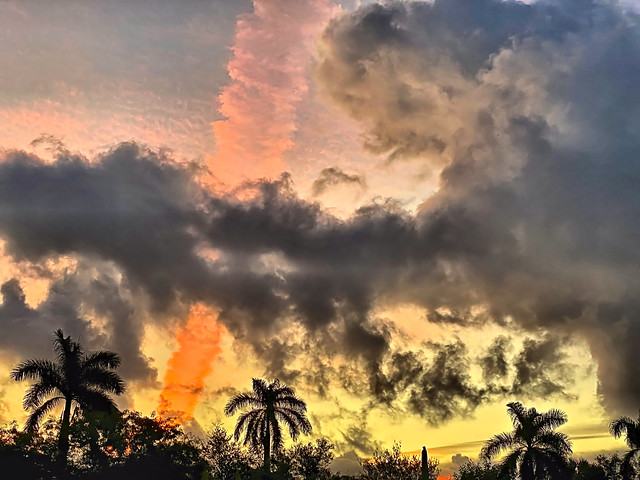 My week has been punctuated by a relapse in my PMR condition. I had been tapering down my Prednisone dose but now must raise it back up to 10 milligrams and then reduce it by 1 milligram every three weeks. Feeling better now. Doing the math-- assuming all goes well I could be down to zero in...  only 30 weeks!???? June, 2021???? Our Illinois granddaughter's Quinceañera (fifteenth birthday celebration), now delayed by one year, is scheduled for April, 2021. We have not seen family in more than a year. She sent us a video she created to cheer us up. It worked!
= = =  = = =  = = = =  = = = = =