When I was a kid back in New Jersey I thought I got it right. I saw squirrels carrying acorns down from the huge White Oak in our back yard and burying them in the lawn.  Another day I saw a Blue Jay digging in the lawn and extracting an acorn: "That thieving jay was a no-good rascal who did not respect the squirrel's hard work and property!"
Only later I learned that both the jay and the squirrel not only stored their acorns for the winter, but both were gifted with an almost unbelievable ability to remember where they buried them.
This past week an incident rekindled my memory of those events as I was birding in the "Lantana Patch," a favorite spot in the local Wounded Wetlands.
A Blue Jay flew down to a grassy spot from a Live Oak. He certainly had a mouth-full (I do not know whether the jay was a he or a she, but "it" seems too impersonal for my story). I could see two acorns in his beak and his throat was engorged with one or two more: 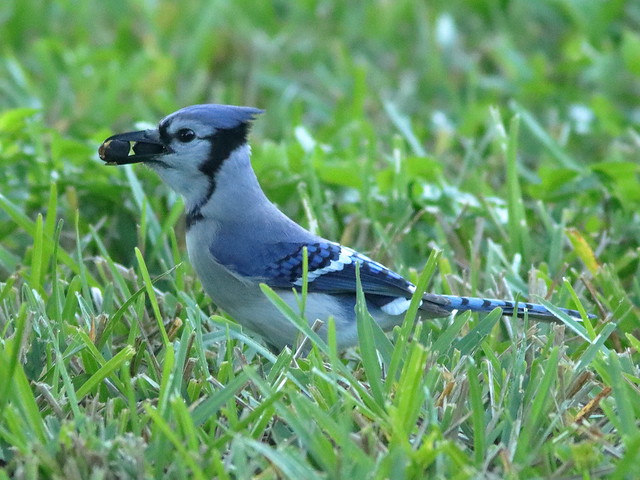 He began digging into the sod, and when he rose up he had only one acorn in his beak. Yet, his throat was still engorged: 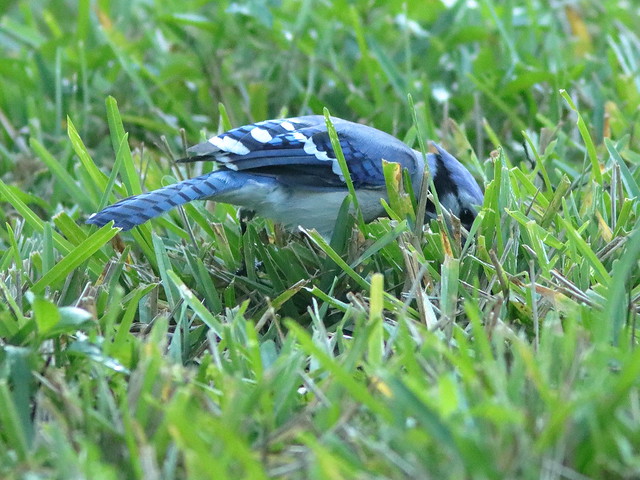 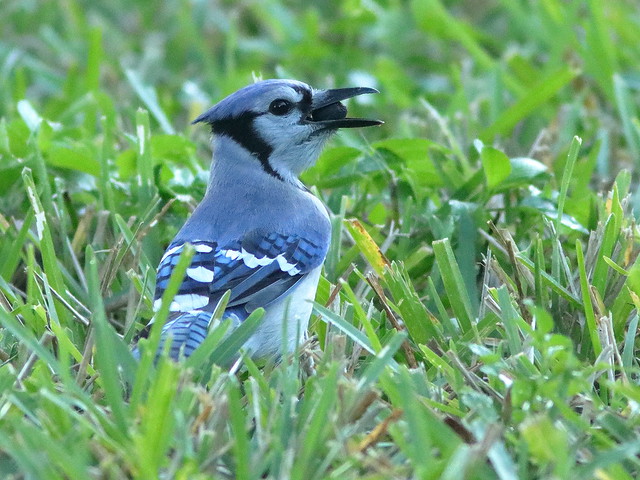 His head bobbed down again and he came up with an empty bill, but still a swollen throat: 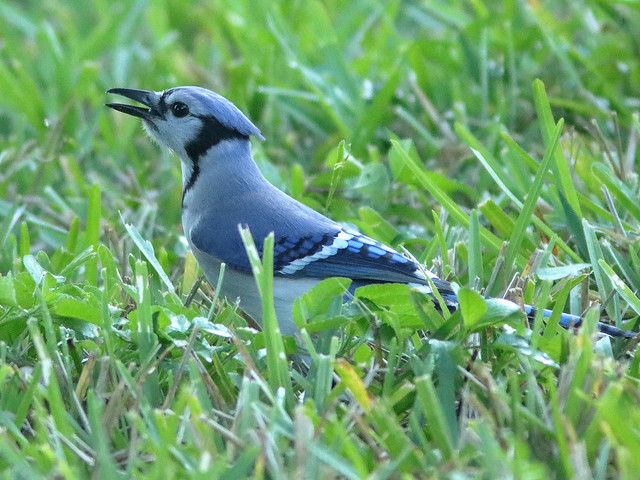 Again he thrust his bill down and seemed to be digging. Then he had a single acorn, which he deposited: 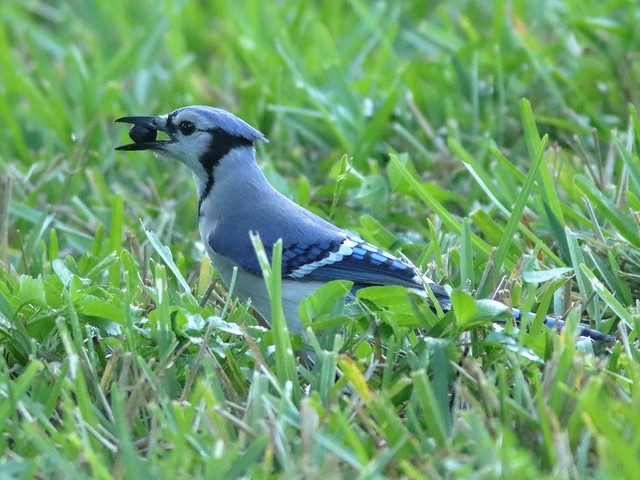 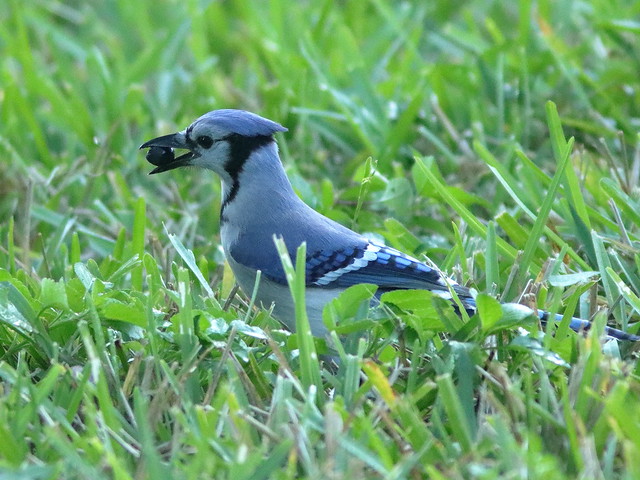 In a final gesture, he dropped a leaf on top of his cache,... 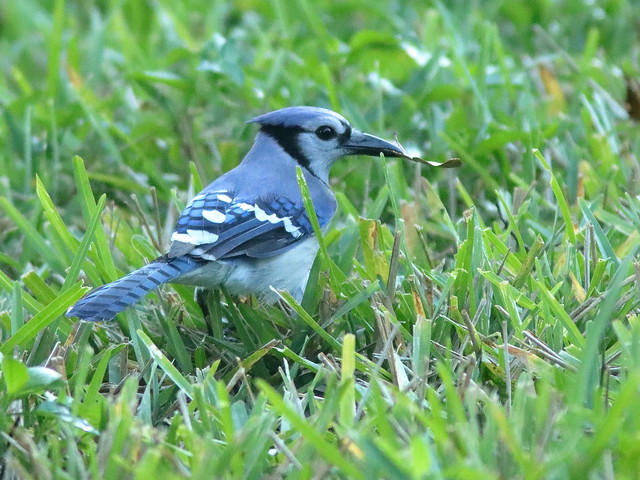 ...checked out the site and looked around one last time, as if loading the GPS coordinates into its pea-sized brain, and flew off: 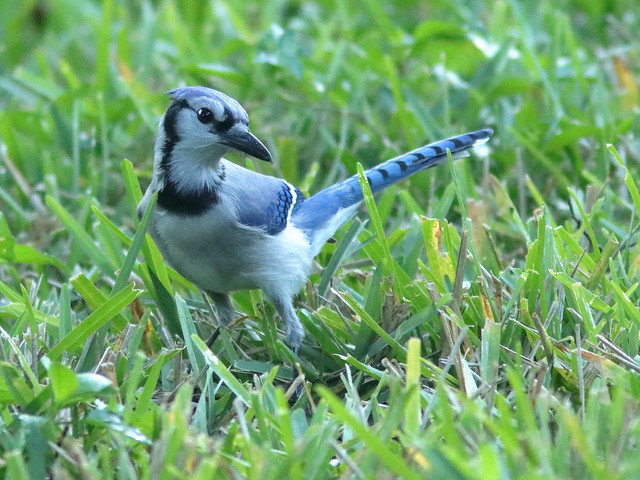 This behavior reminded me of the habits of the Pinyon Jays which flew in flocks over the Pinyon Pine-Juniper woodlands that surrounded our former home at 7000 feet (2134 meters) elevation in the mountains of New Mexico.
If it had not been pointed out to me by one of the old timers, I would never have noticed something very weird about the association of these two tree species. The Pinyon Pine and Juniper often grew together as a pair. Curiously, the pine was almost always located on the south side of the other evergreen (often called "cedar") tree.
Both tree species provide food for wildlife-- the Juniper has fleshy cones or "berries," eaten by birds and deer, while the Pinyon Pine produces cones which contain nutritious seeds, "pine nuts," popular in salads but the essential dietary item for Pinyon Jays.
They harvest the nuts and deposit them in caches, usually on the south side of Junipers. Here the snow does not drift as deeply and melts rapidly because it is exposed to the sun. The left-over seeds sprout under the protection of the Junipers and may eventually overshadow them.
For the record, here are the only two photos I have ever taken of a Pinyon Jay, in 2007 with my 2 megapixel Canon A-40 pocket camera. They look like small blue crows: 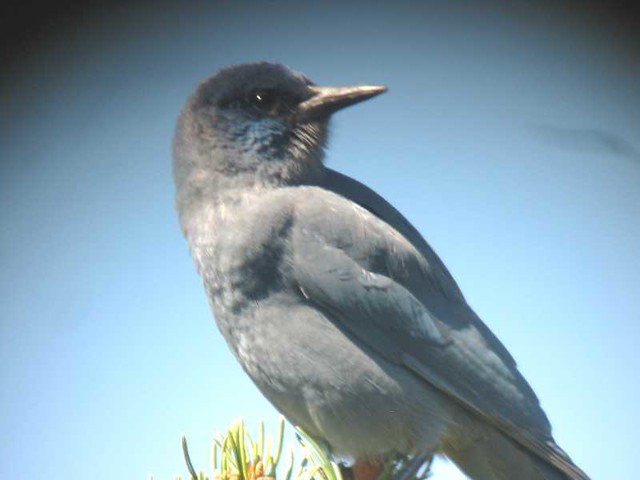 As I shot through a spotting scope, a Western (now Woodhouse's) Scrub-Jay joined it to provide a very lucky comparison: 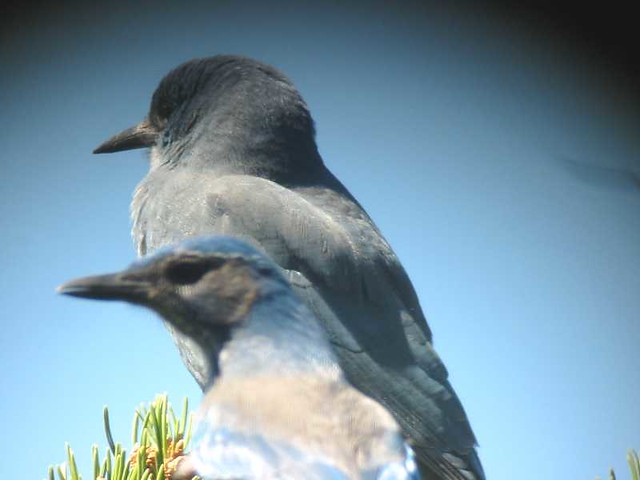 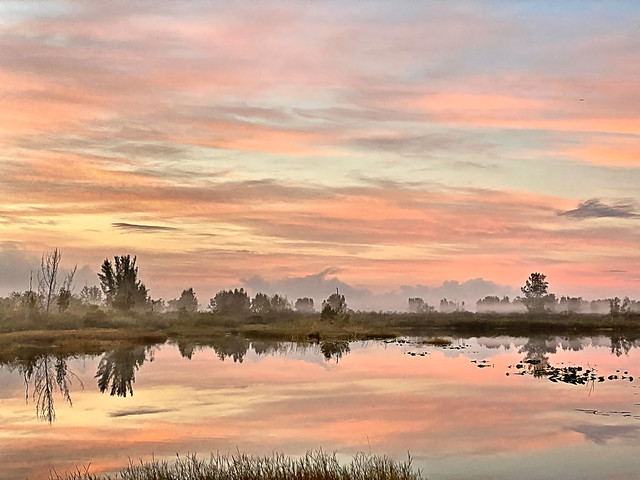 Fog after sunrise on December 16 along the gravel road: 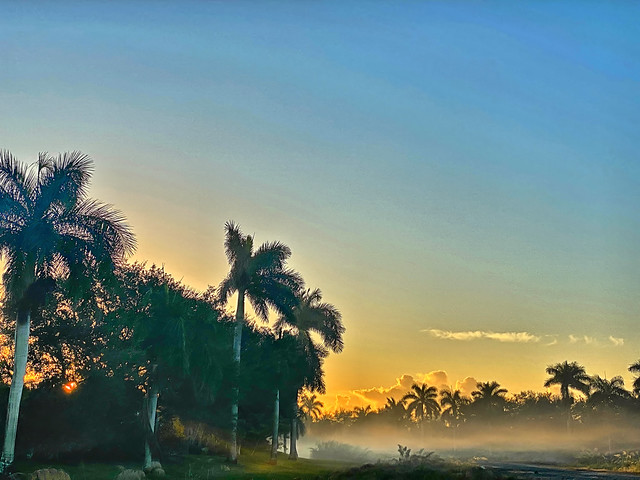 No surprise-- Thanks to the Coronavirus, we were "Home for Christmas!" 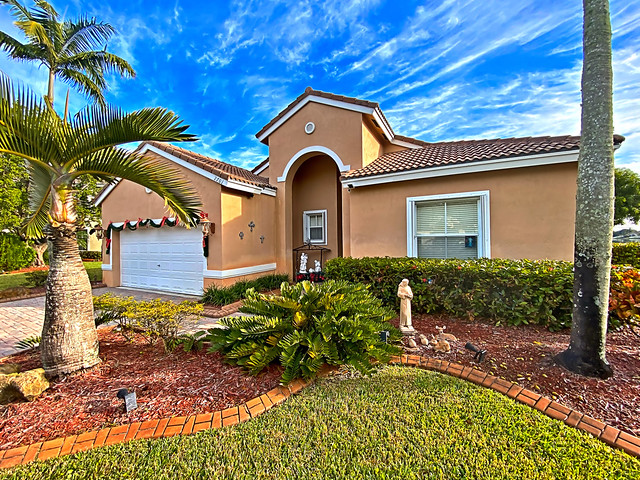