Our local Audubon Society Chapter supports a very successful Project Perch to monitor and protect Burrowing Owls and increase their breeding opportunities by creating artificial nests. I recently participated in a "Burrowing Owl Prowl" sponsored by a residential community in Cooper City, Florida.

Major power transmission lines run through the heart of this community. The easement under the wires is maintained as an extensive grassy open space. The owls occupy burrows, usually located in hillocks which are slightly elevated above flood water level.

The owls are most easily seen at the entrances to their burrows in morning or evening twilight. Yet the participants in the walk had the opportunity to observe several from a safe distance, which is marked out at 10 meters (~33 feet). All my photos were taken from at least that distance: 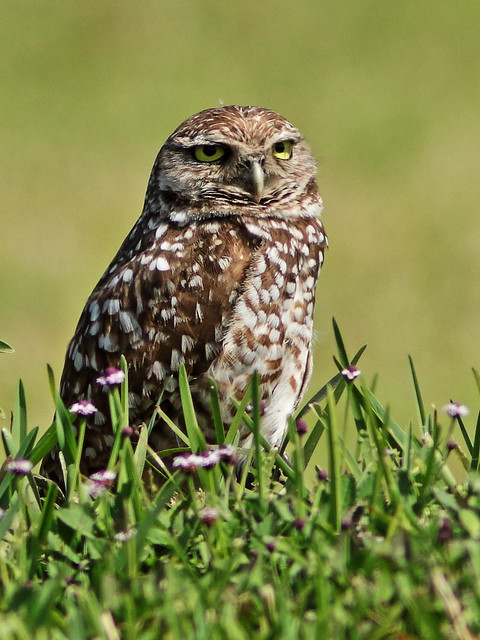 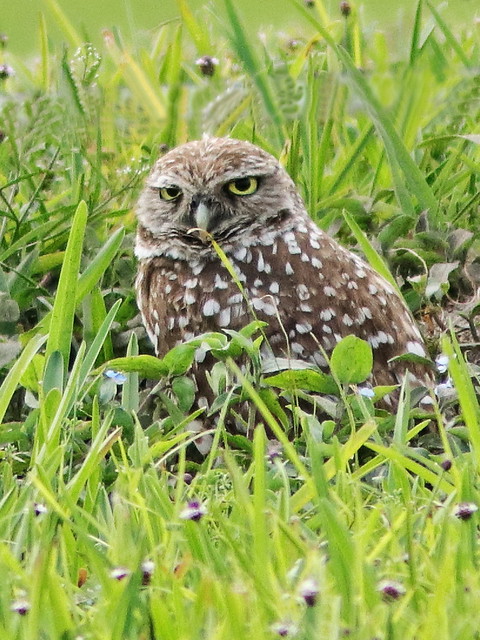 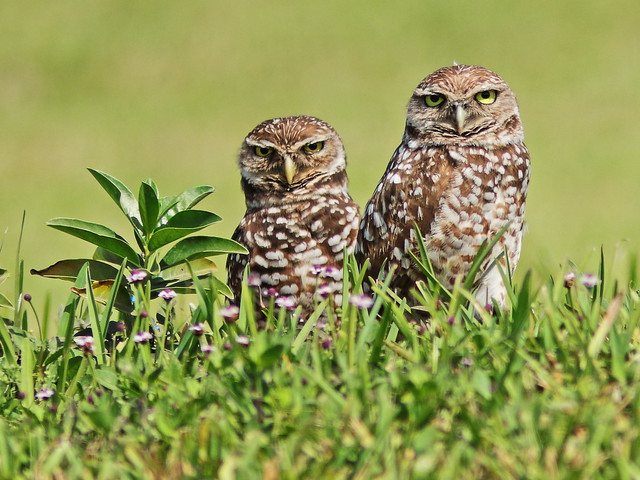 The enthusiastic attendees were provided with a short presentation about Burrowing Owls, which occupied the area naturally and also use man-made burrows. Residents and community leaders exuded pride about their role in building the owl  population, displaced by human development and activity.

The range of Burrowing Owls extends into parts of North, Central and South America. Although not designated as an Endangered Species in the US, nine States have listed it as Endangered, Threatened, or Species of Special Concern. It is also protected in parts of Canada and in Mexico.

Some had been relocated from construction sites, athletic fields and airports. They were shown this example of an artificial owl burrow. 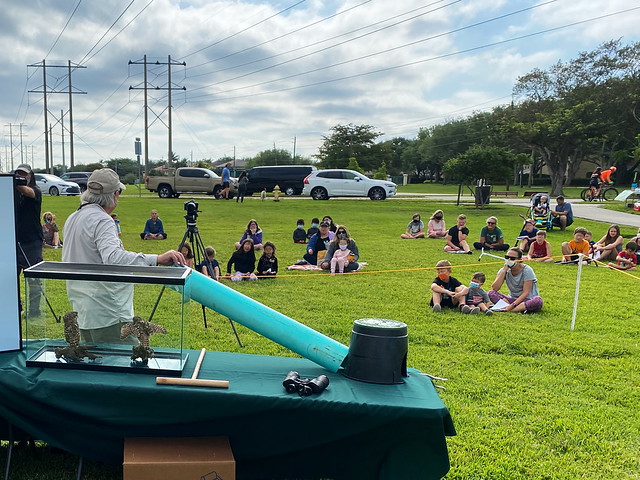 It consists of a PVC pipe and a cylindrical bucket-like container with a screw top which is buried three feet down and serves as a "room." It has enlarged openings for the pipe and another hole opposite the pipe to allow the owls to dig extensively around the structure. 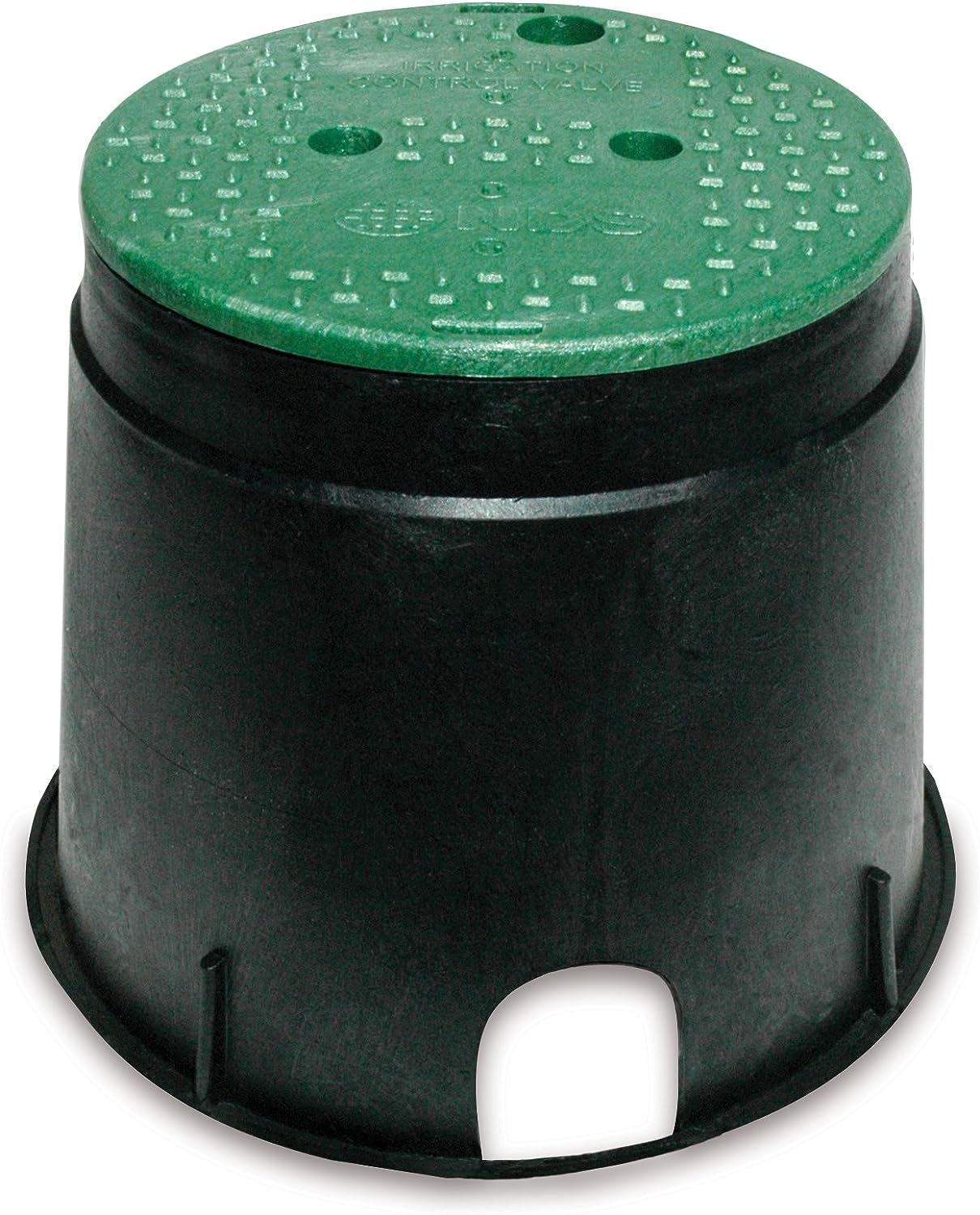 Very efficient excavators, they commonly extend their burrows up to ten feet away from the container and also create "back doors."

The South Florida Audubon team places a "T" perch near each owl burrow. This provides them with a vantage point from which to easily see insects and small vertebrates, their main food items. The elevated roost also allows them to detect and evade the hawks (particularly Cooper's Hawks) which prey on the owls: 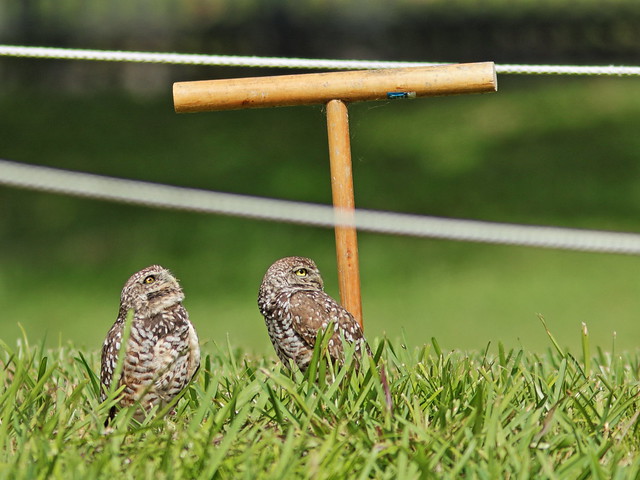 The immediate areas around burrows are cordoned off with instructions to landscapers that, to avoid damage to the nests, motorized lawn mowers cannot be used within the protected area. Instead, the grass is maintained with string trimmers: 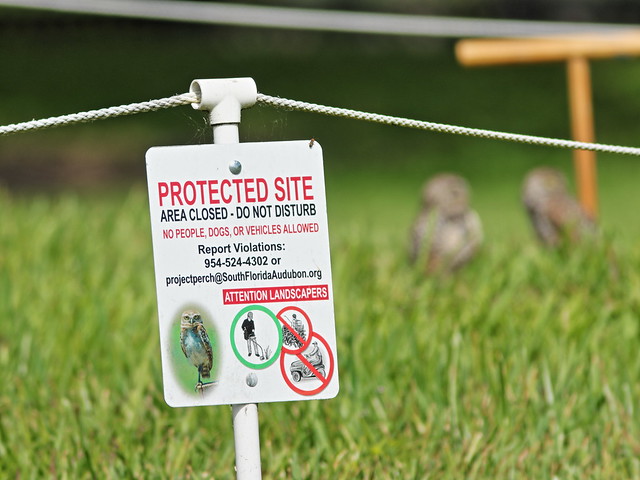 These are two taxidermy owls who have sad tales about their demise: 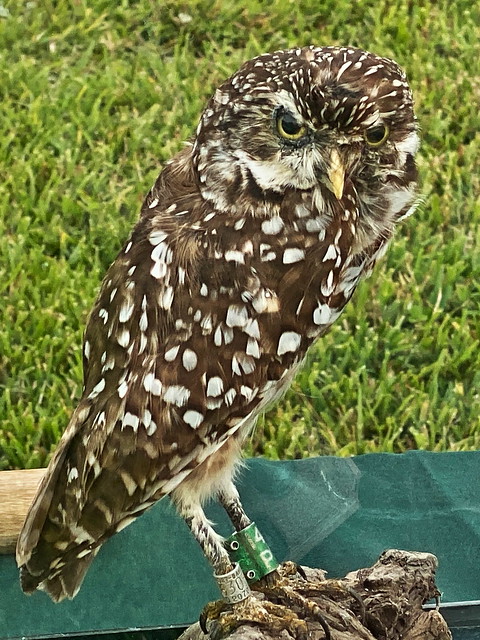 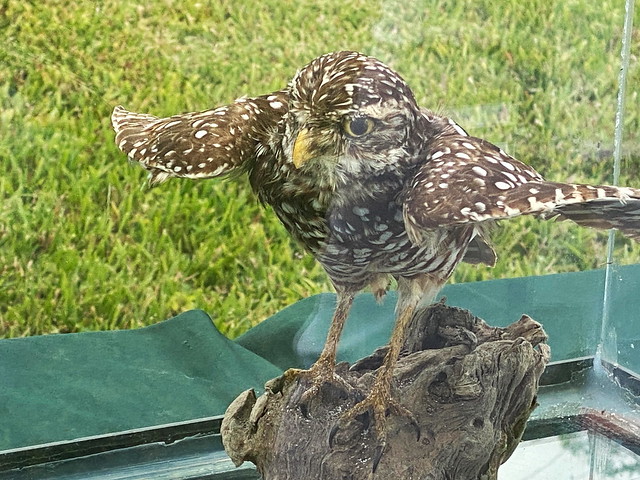 Like the owls, we are very active in crepuscular light on our morning walks. Here is an iPhone photo taken in our local wetlands, 40 minutes before sunrise. Street lights illuminate the northern sky: 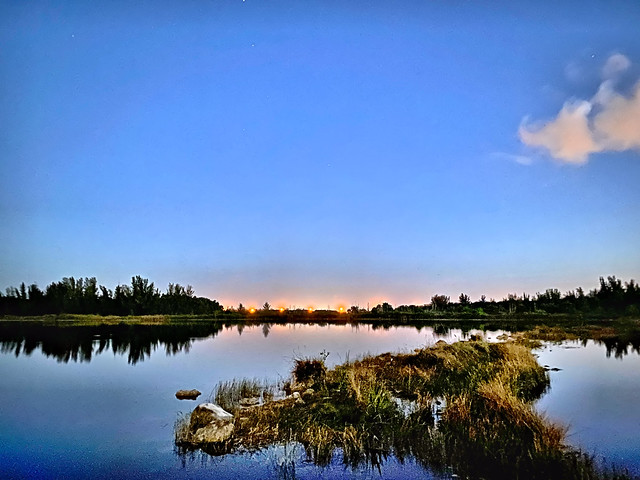 Posted by Kenneth Cole Schneider at 8:53 AM