Our back yard birds kept me busy. Some perched close by, as did this Northern Mockingbird, atop the "For Sale" signpost: 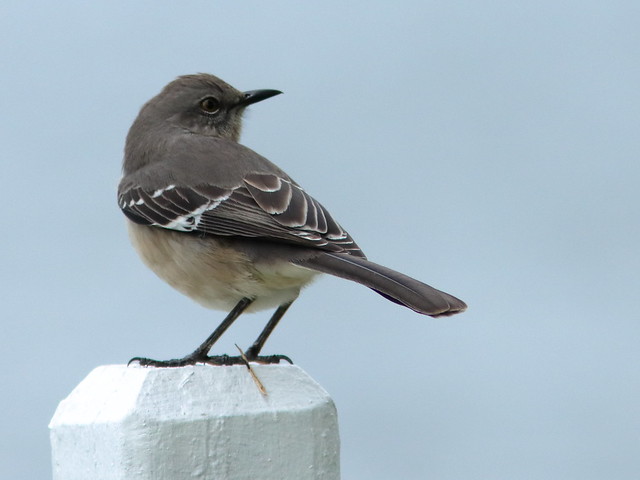 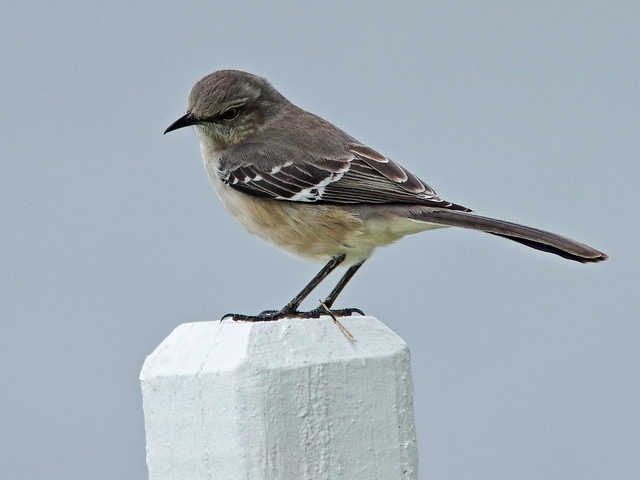 A Double-crested Cormorant climbed up on the goose decoy which serves as a float for the intake of our irrigation system... 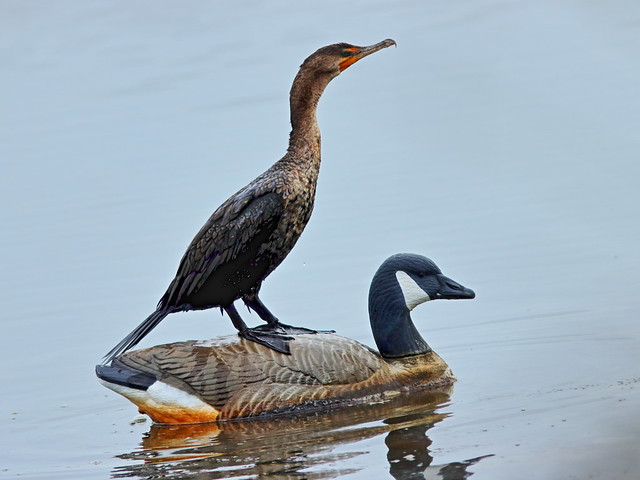 ...and spread its wings to dry: 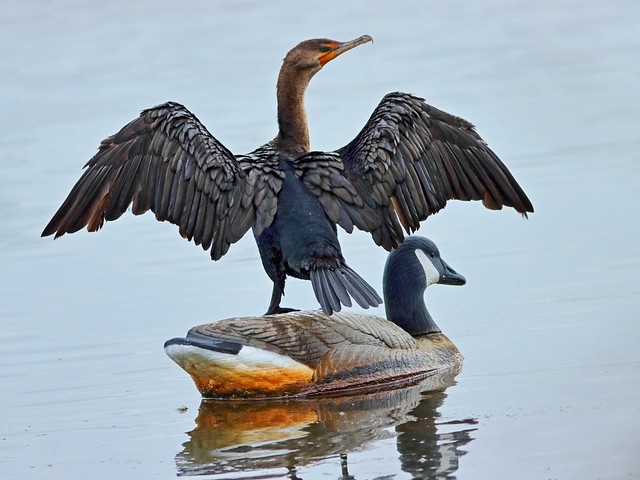 The next day its turquoise-blue eyes glistened in the sunlight: 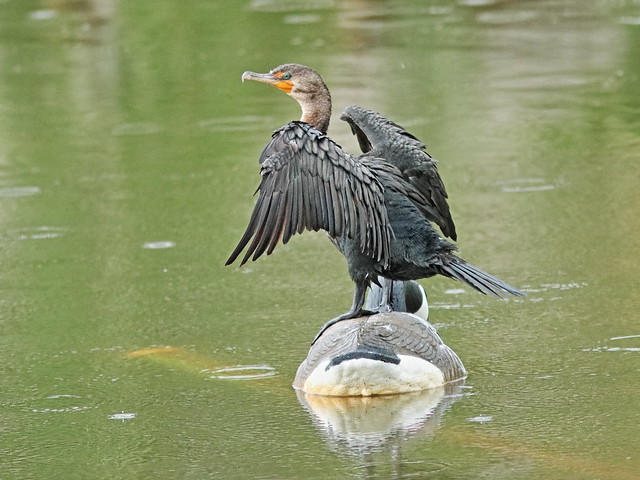 The immature Yellow-bellied Sapsucker made numerous visits to tend the sap wells on the trunk of our Mahogany tree: 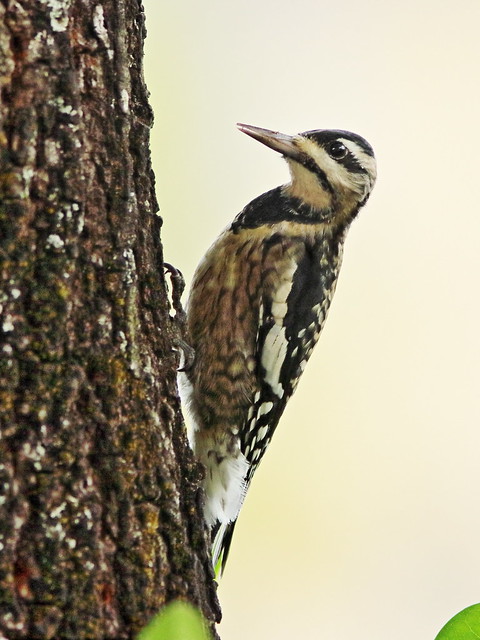 Far across the lake, I obtained distant shots of three heron species in one frame, a Snowy Egret with Little Blue and Tricolored Herons: 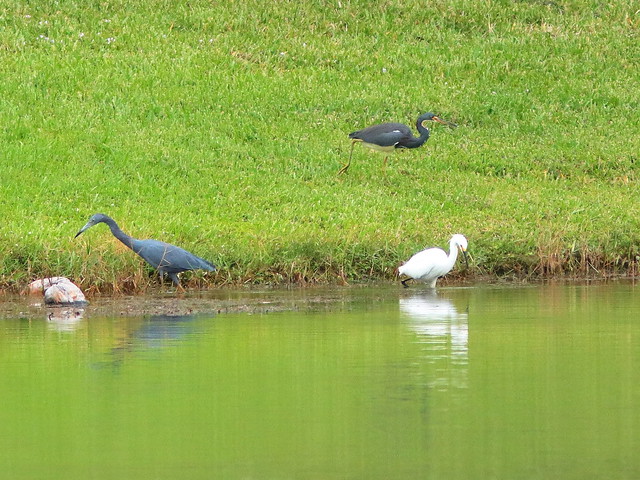 A Great Egret flew in near the Snowy Egret: 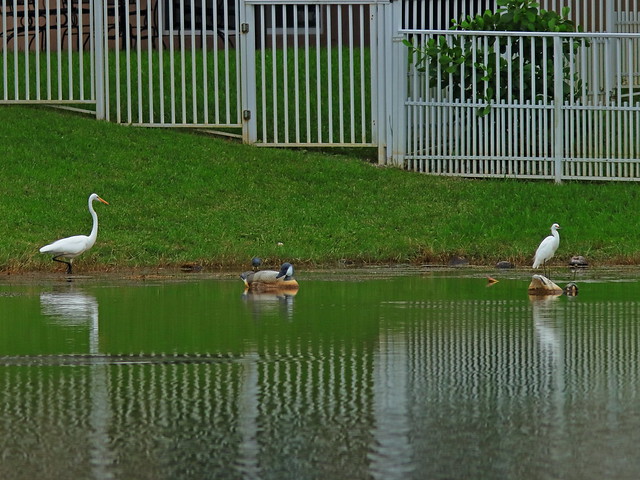 I almost overlooked a Green Heron perched among the other waders: 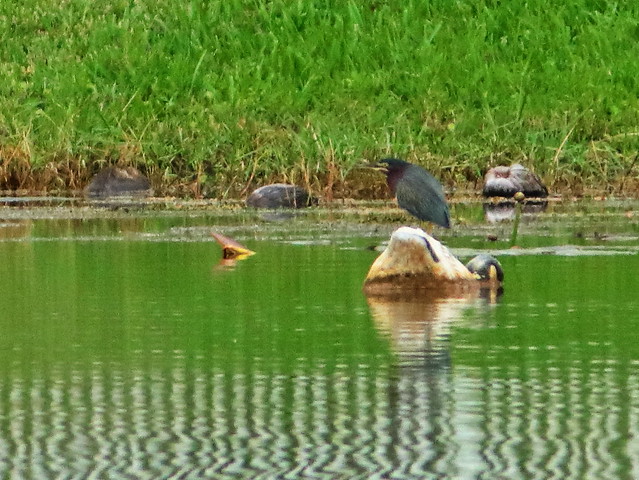 Thankfully, I was feeling good and visited Chapel Trail for a second time this week. We had to kill time as our home was being inspected prior to sale. It was rainy and the light was very poor.  I captured fleeting images of only two species... 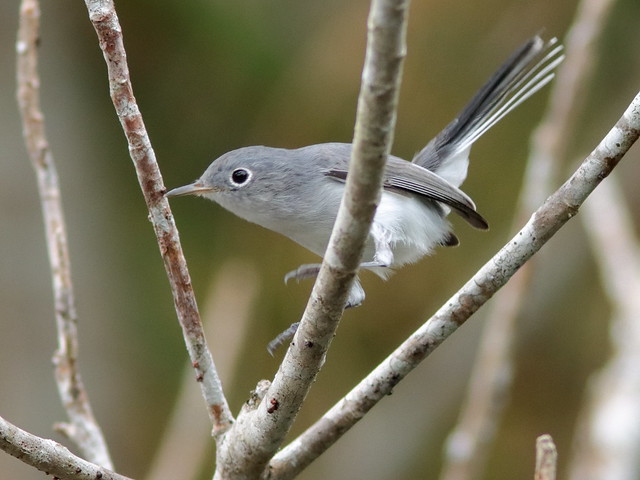 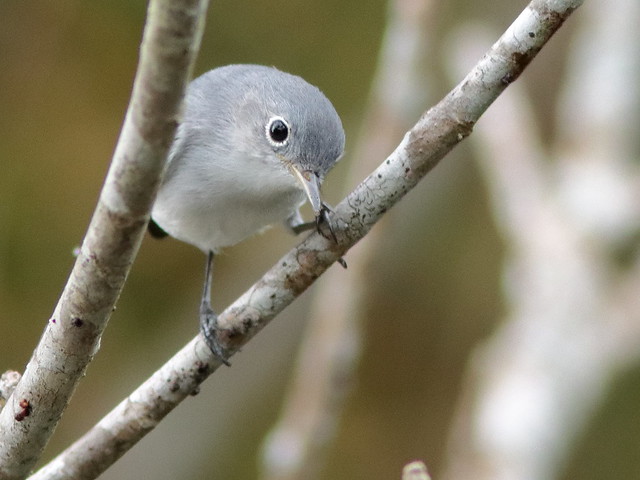 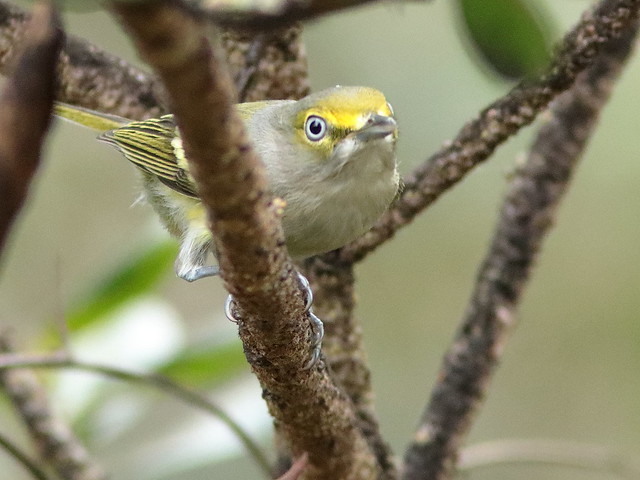 An afternoon shower produced a nice rainbow over our lake: 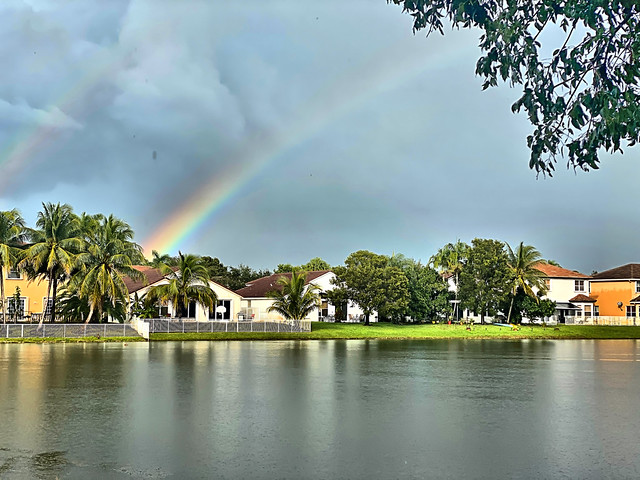 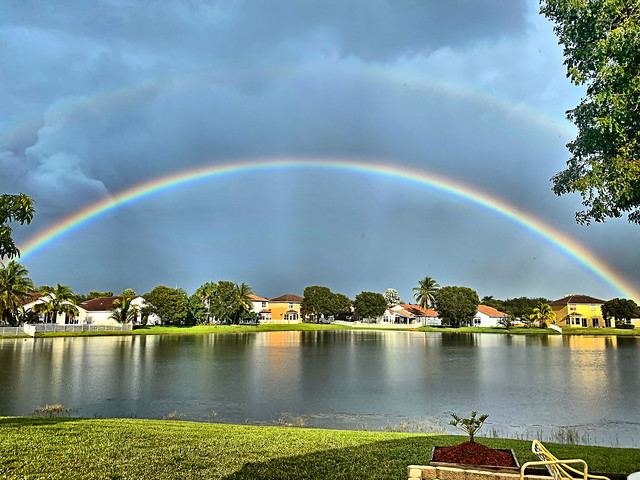 Clouds moved away to the east, over the ocean... 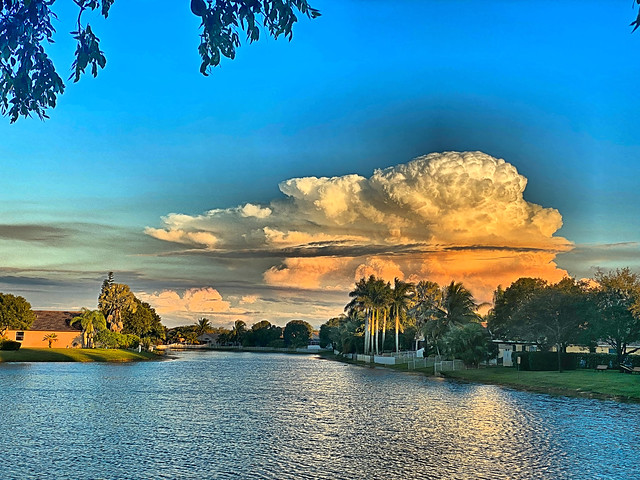 ...and reflected the setting sun: 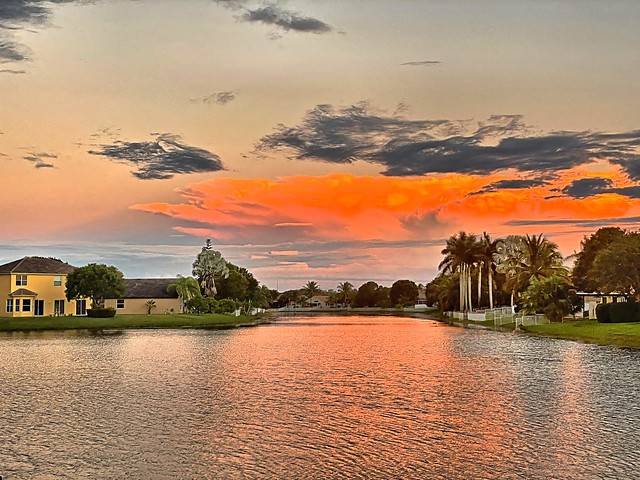 Just before Thanksgiving Day I received a copy of this wonderful documentary on Bald Eagles and other birds of prey in the USA. It was produced as part of a popular wildlife series for the Arab World. I was interviewed to feature our local eagle nest (beginning around 7:00 minutes). Though it does not have English subtitles, it has very informative segments (in English) on urban eagles, the place of eagles in Native American culture, Florida Audubon EagleWatch, the American Eagle Foundation and also falconry. The series attracts millions of viewers.

If you have trouble viewing it, please visit this link: https://youtu.be/WDmWCTKs3ZI