My new Connecticut yard bird list has swollen to 18 species, of which I have now photographed 13 through the windows. Latest arrivals to the feeder were--

The male Red-bellied Woodpecker spends more time eating the seeds rather than at the suet cake which is favored by the Downy and Hairy Woodpeckers: 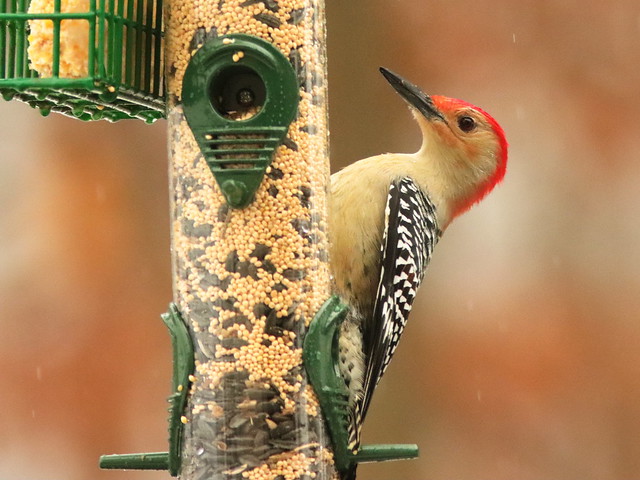 This view, on a snowy morning, shows off the red on lower belly which gives the species its name, but it is often difficult to see in the field. Since museum collections of bird skins were usually displayed lying on their backs, this feature was obvious to early taxonomists: 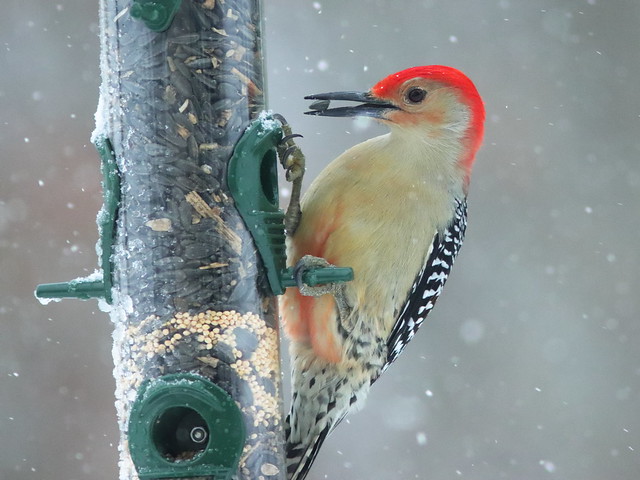 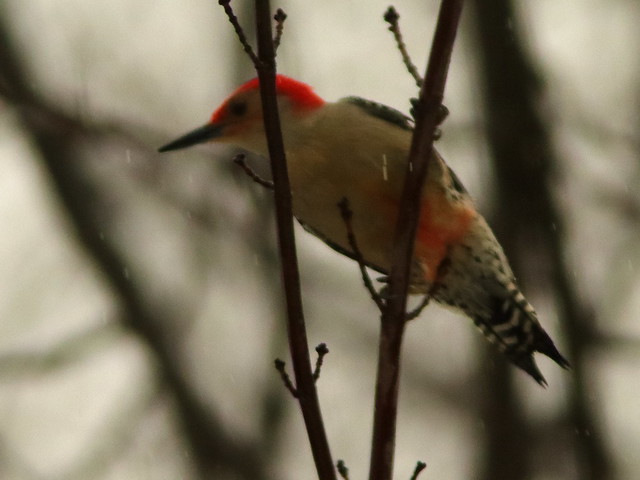 One American Robin flew into the holly tree and gleaned the red berries right next to the window. I had to shoot from across the room and never got a good exposure. These are just to document the sighting in eBird: 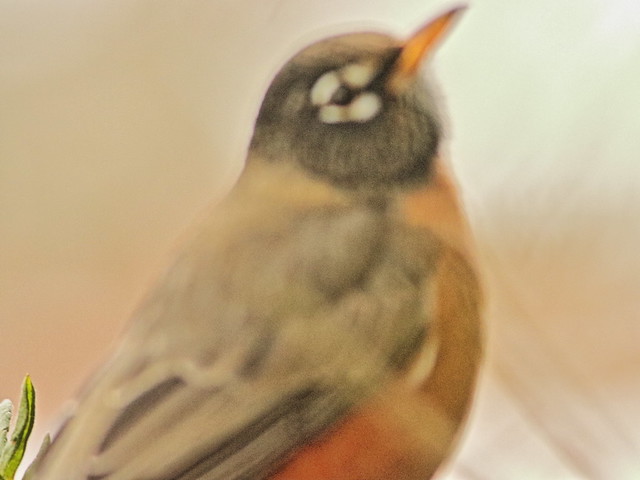 It approached very close to the window glass and immediately flew away after looking right at me: 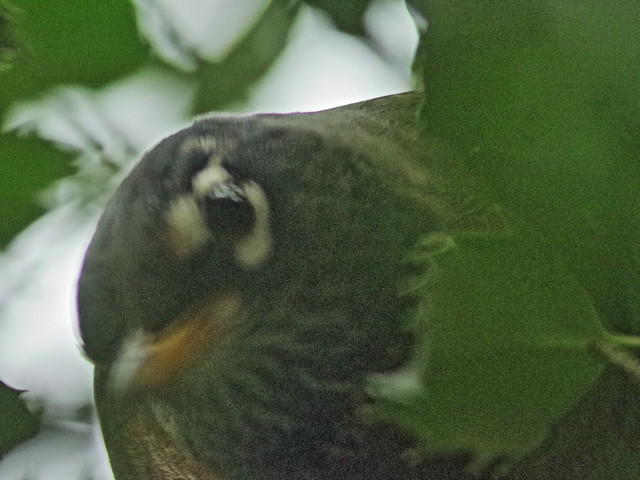 A flock of 3-5 American Goldfinches suddenly appeared on January 20. 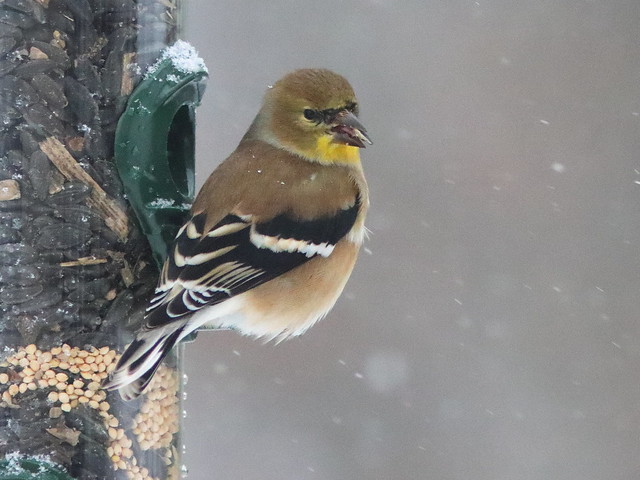 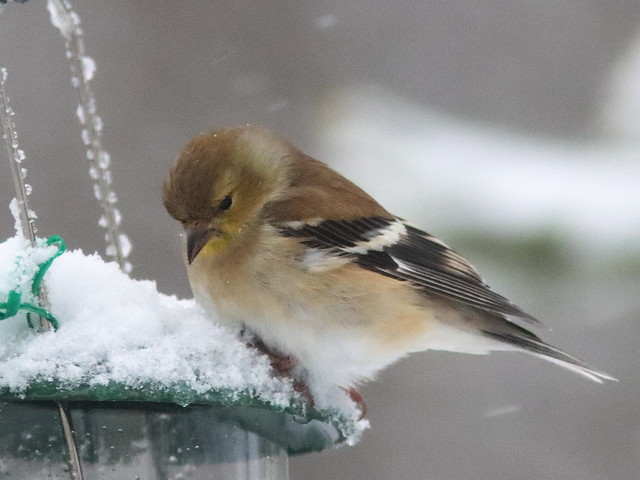 They were very aggressive and took over the feeder, confronting other visiting species. They even squabbled among themselves: 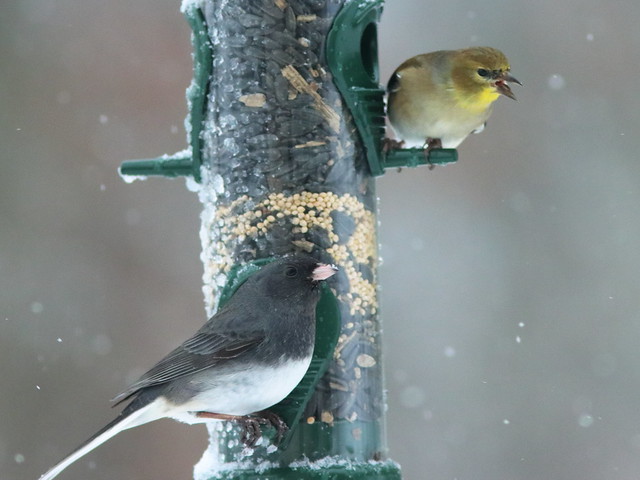 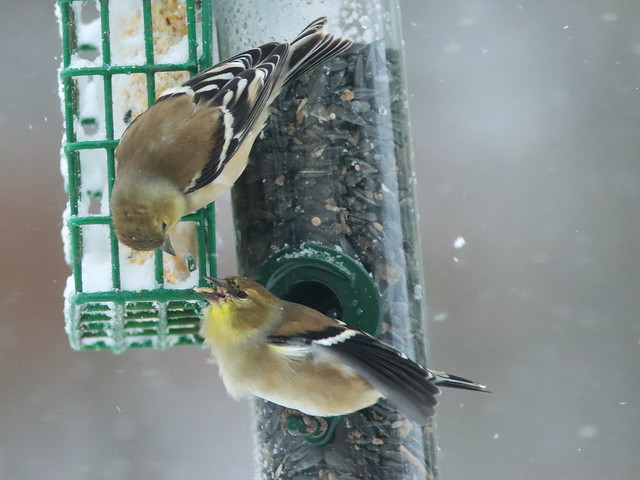 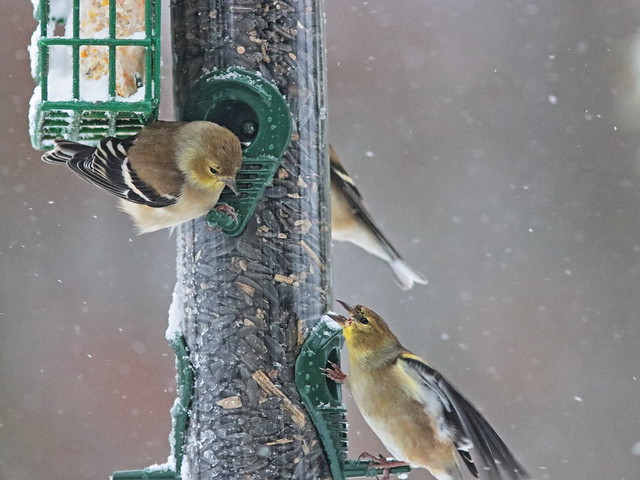 A male Northern Cardinal gifted us with a Christmas Card view: 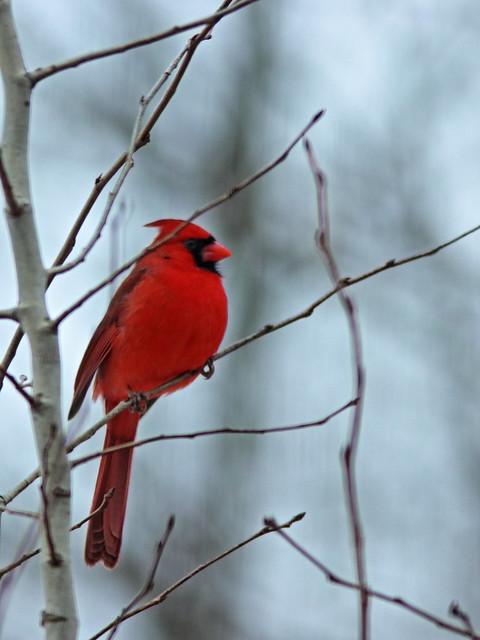 I installed a second shepherd's hook to hold a platform seed feeder with transparent cover (to the far left in this view from the front door of our suite). Since the home is sited on a granite dome, there are few places with enough soil to anchor the iron stand. I could only drive it down about 5 inches before hitting solid rock . I hope it withstands the wind. It snowed right after I put it up. The birds ignored it and its supply of millet, even though they feasted on wind-driven spillage beneath it. 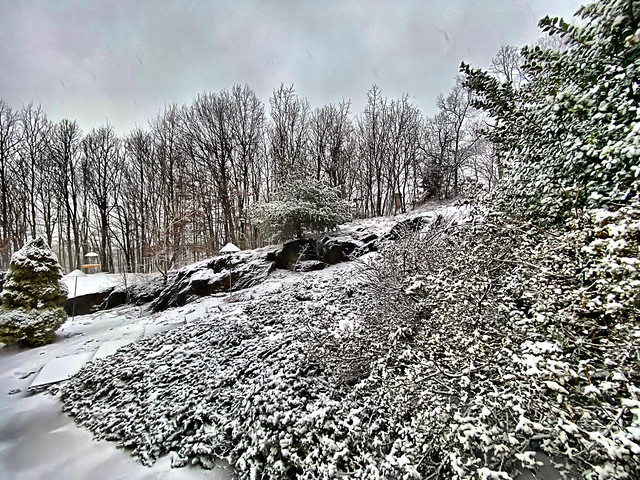 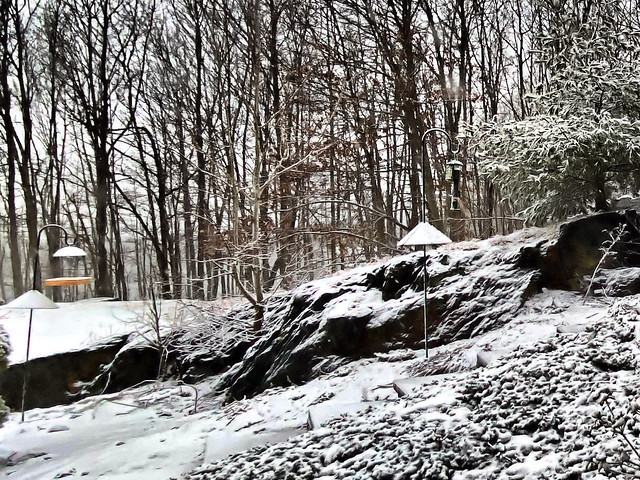 The kitchen windows on the main floor provide magnificent views of the surrounding open space. On clear nights, the lights of the city of Hartford shine bright, about 11 miles distant: 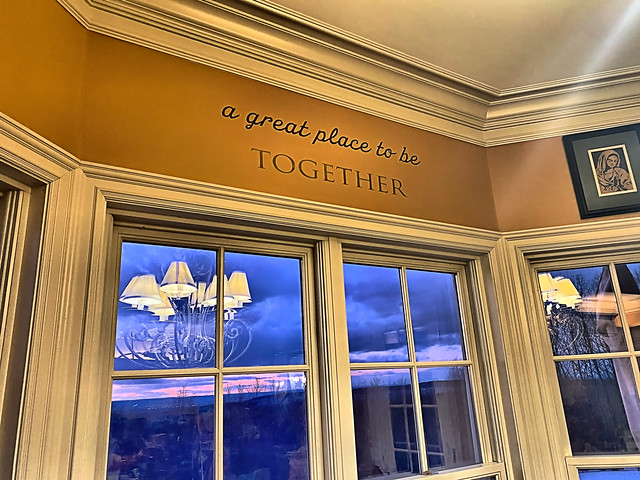 Sunsets have been glorious. Like snowflakes, no two are ever alike. Official sunset was at 4:51 PM. These were consecutive iPhone views between 4:50 and 5:25 PM on January 20th: 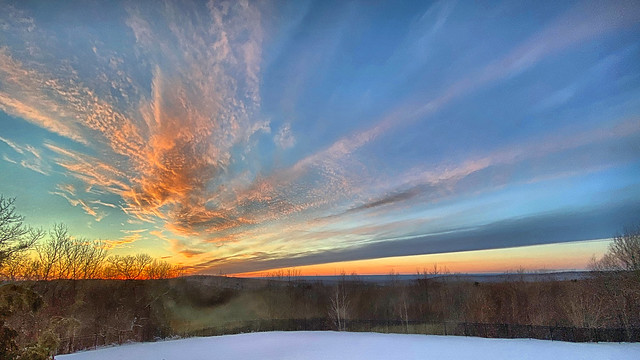 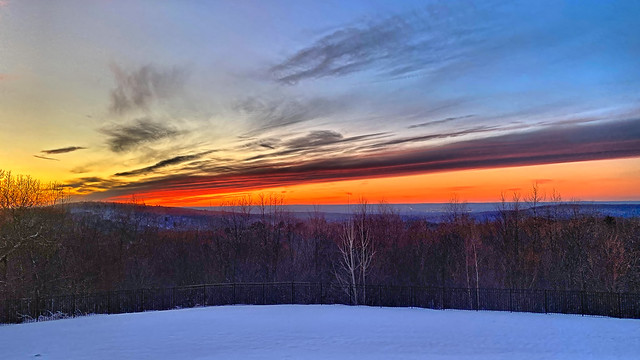 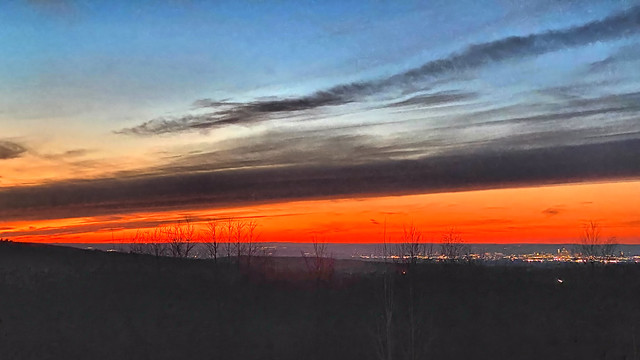