Male and female Northern Cardinals form a strong pair bond and remain together all year long. While divorce does occur, they usually mate for life and seek a new partner only after death of a previous one. Although we have seen several tolerate each other at the feeder during the winter, a single pair now dominates the yard.

The head crest is a striking feature. The male crest is usually fully raised while singing, though this may also signal fear or excitement: 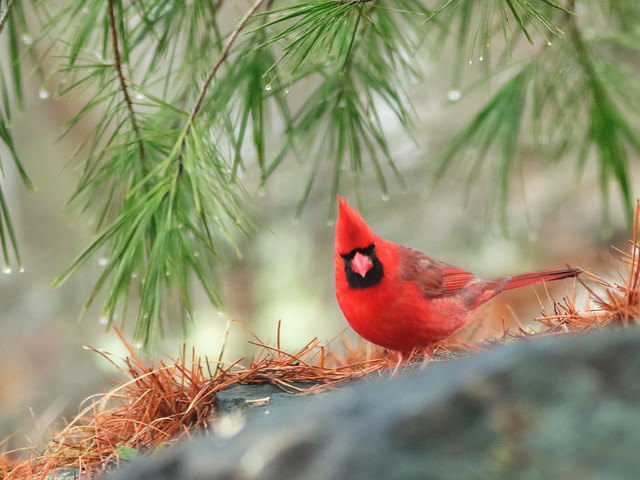 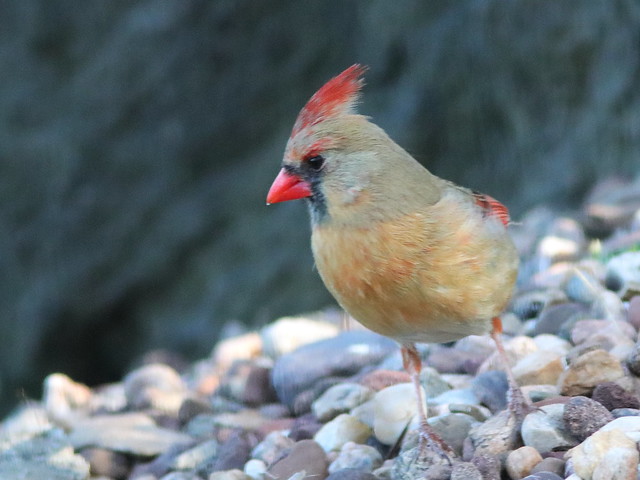 As breeding season approaches, the pair strengthens their bond by engaging in courtship rituals. Here, both lower their crests as the female begs to be fed and the male complies. These poor photos were taken through a window, but they were too precious to not share: 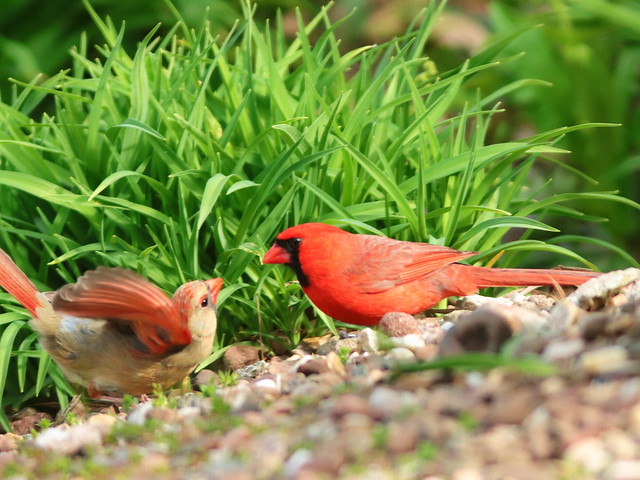 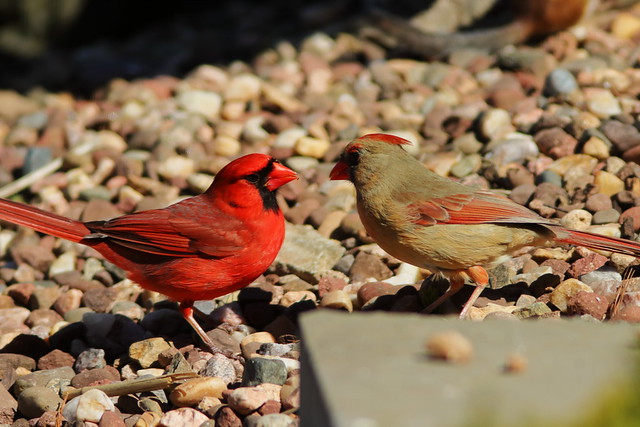 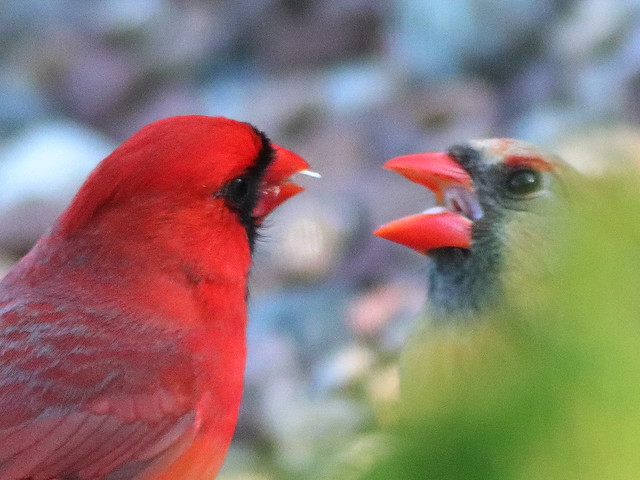 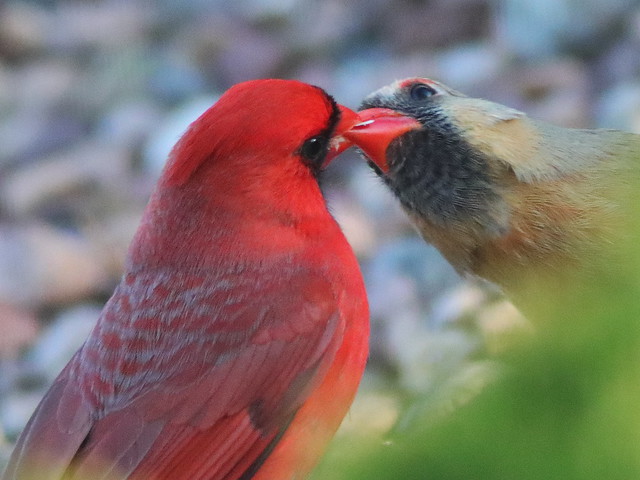 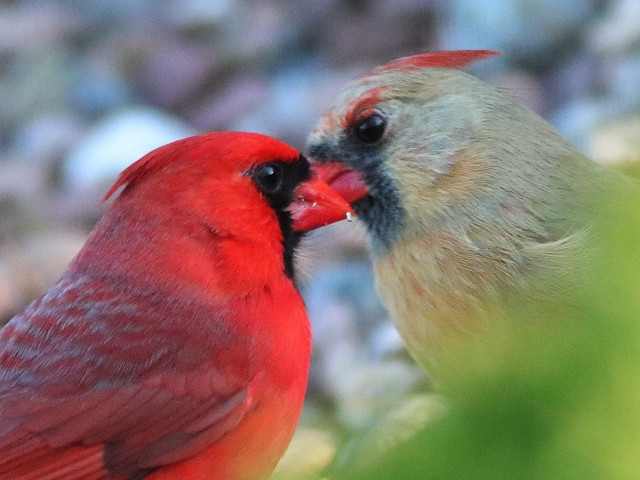 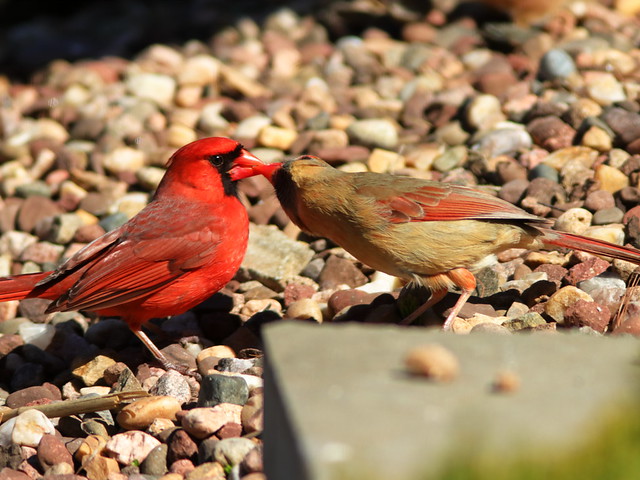 The range of Northern Cardinals extends over the eastern half of the lower 48 states, into the US-Mexico border area and much of Mexico.  Interestingly, late in the 19th Century, cardinals almost disappeared from part of their original breeding territory in the northeastern US.

The reason for this retreat is uncertain, whether it was disease or the loss of natural habitat due to rapid urbanization. Cardinals are non-migratory and sometimes suffered massive die-offs during severe winters. Yet, after about 1930, their breeding range began expanding and they repopulated the northeast, very likely because they adapted to the suburban environment and benefitted from the increased popularity of bird feeders. They were breeding in southern Connecticut by 1952 and now are found in Maine and Nova Scotia.

While the bluebirds have occupied the nest box in the side yard, competition for the second box on the back lawn continues: 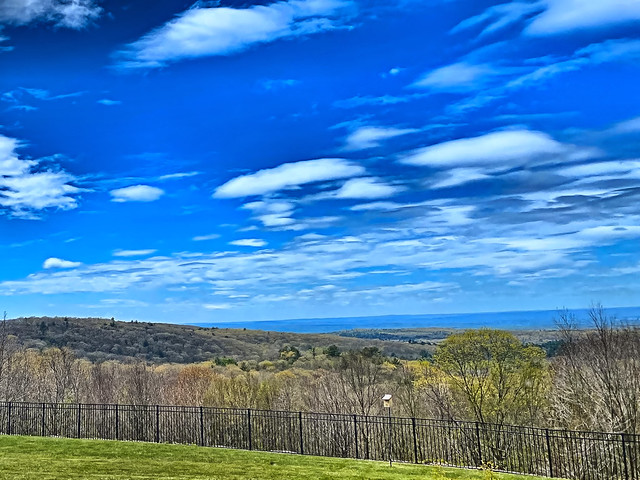 The House Sparrows stopped adding nesting material after I cleaned out the box twice a day for three days in a row. Now the pair of bluebirds, though not yet building a nest, chase away the Tree Swallows which attempt to enter the box: 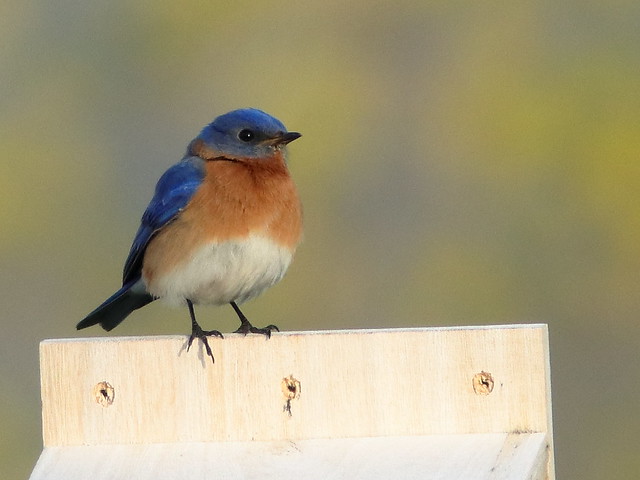 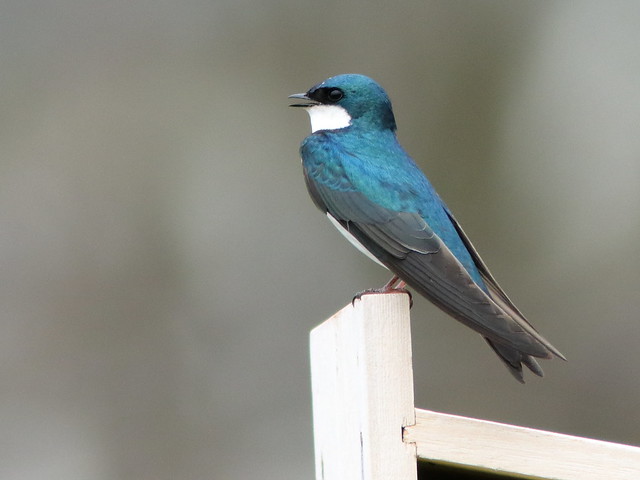 The swallows often sit passively on the fence near the nest box. This is nice comparison between the plumage of the female with that of the more colorful male: 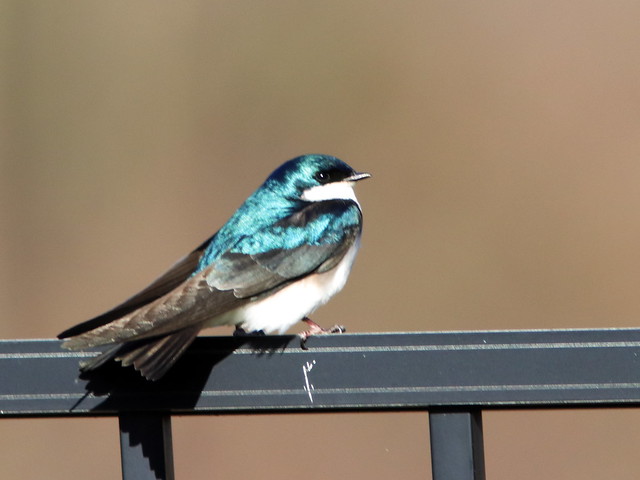 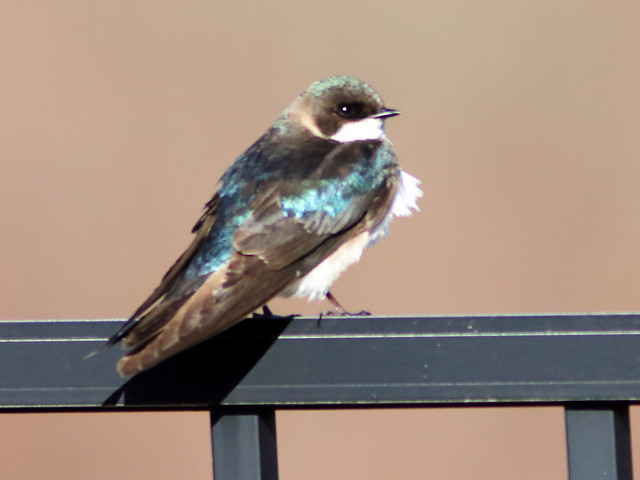 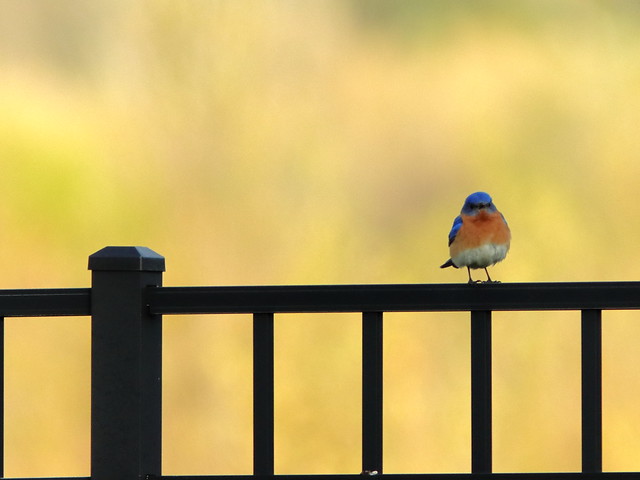 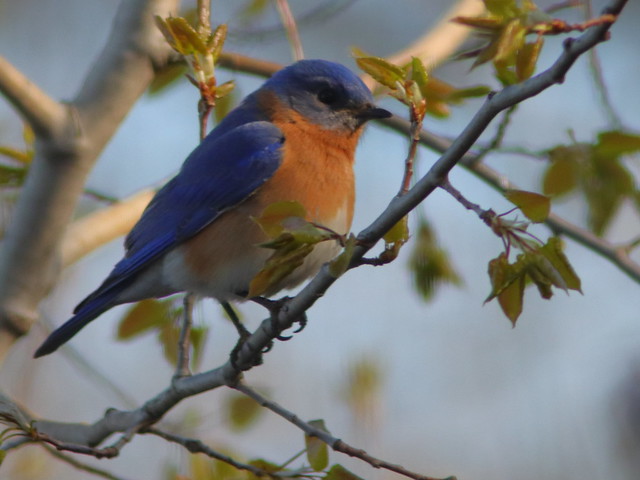 Bluebirds often forage on the ground. 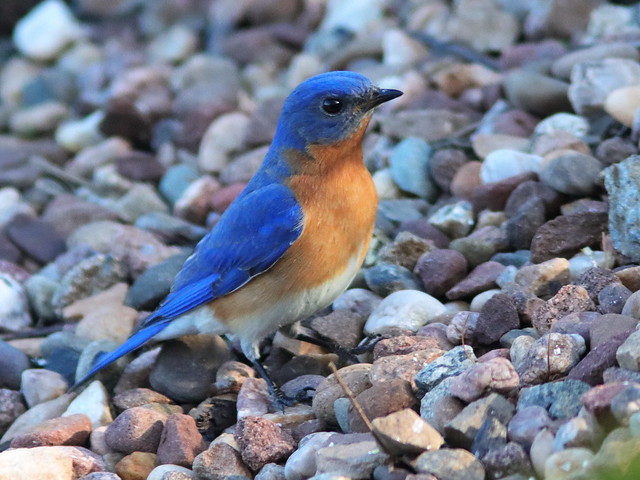 Male American Goldfinches have molted into their bright breeding plumage: 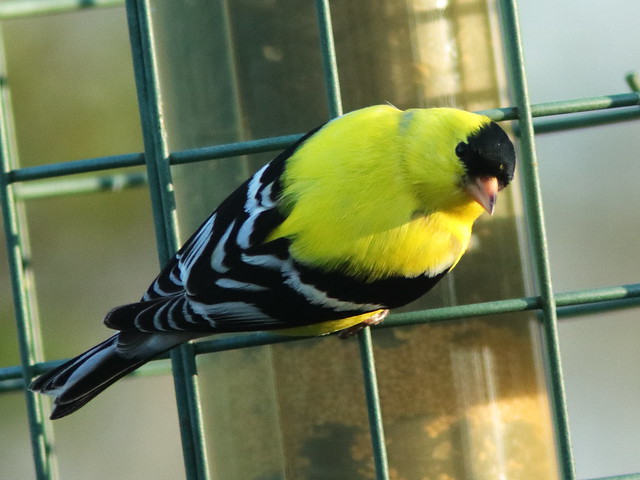 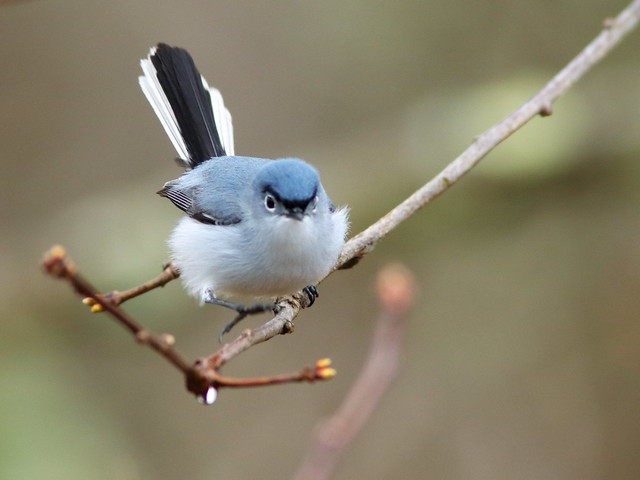 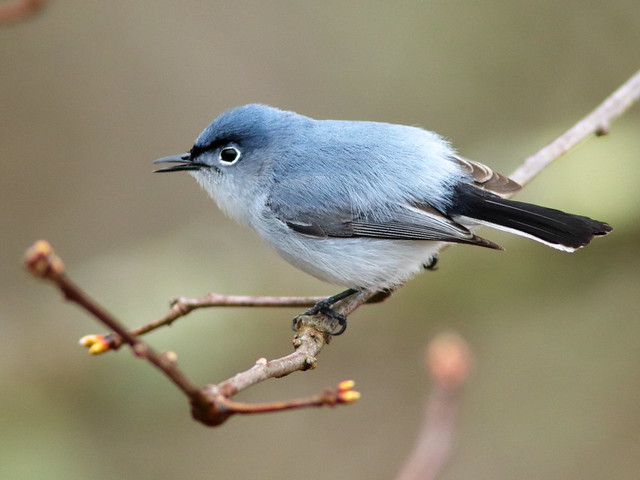 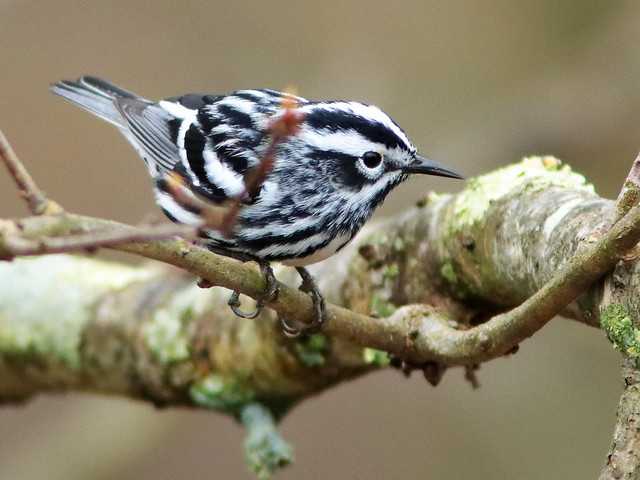 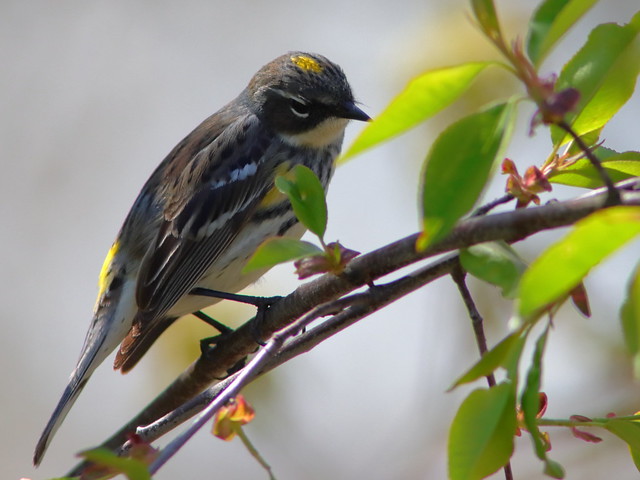 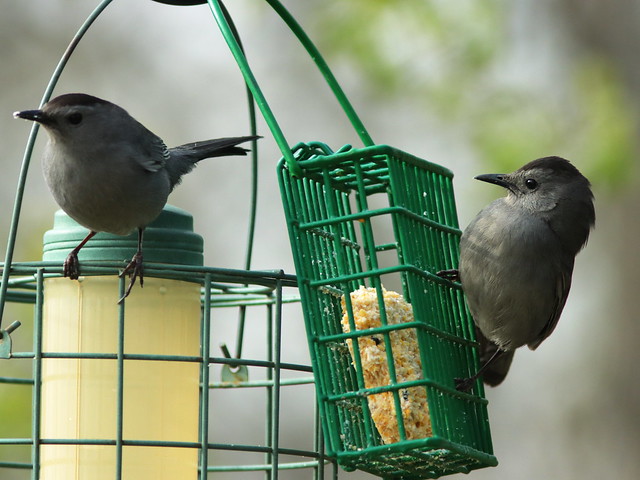 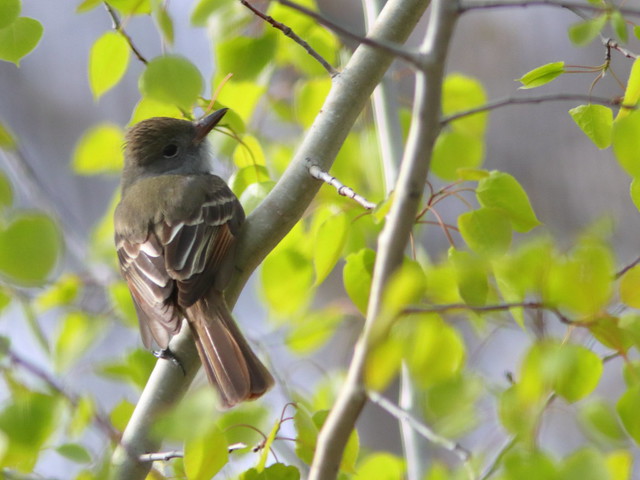 ,,,and a Baltimore Oriole balancing a bit of suet cake on his tongue: 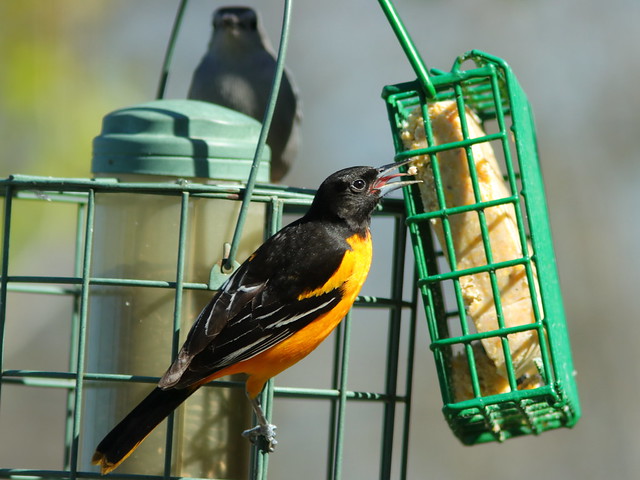 Along Diamond Lake, the trees are putting out leaves: 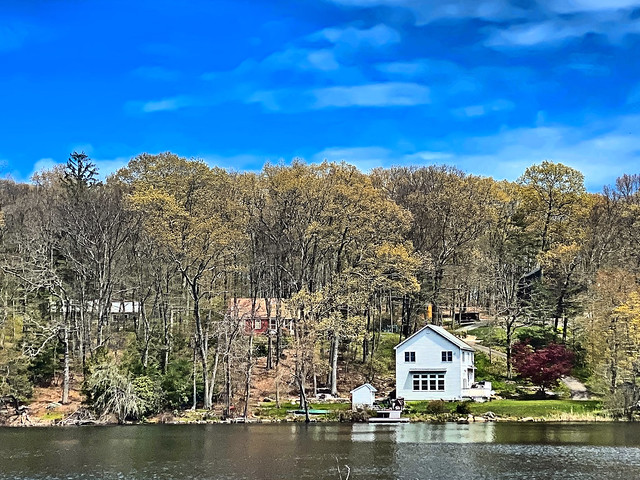