The northward migration of land birds is highly anticipated by birding enthusiasts. I have childhood memories of trees festooned by several species of warblers. Spring migration is shorter and more intense than the southbound fall migration. For many bird species, the plumage of spring migrants is more colorful than in autumn.

Over the years I have noted a decrease in numbers of migrating birds, a trend which has been documented in many studies.* The overall population of neotropical migrants has decreased, although some species have increased in number, probably due to differences in their adaptation to changes in climate and loss of habitat in breeding and overwintering areas.

Because of nasty weather and also some health issues I have not been able to take full advantage of this season. Nearly all my observations have been confined to the back yard and adjacent wooded areas. My yard list has grown to 58 bird species, of which 25 are neotropical migrants, all but 5 of which I have been able to photograph.

This past week my sightings have included... 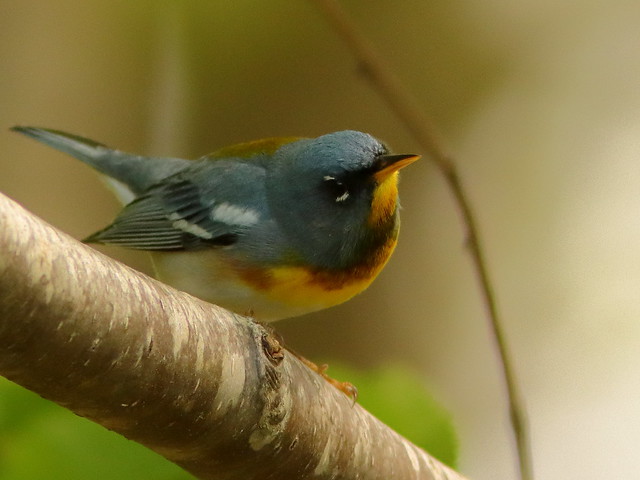 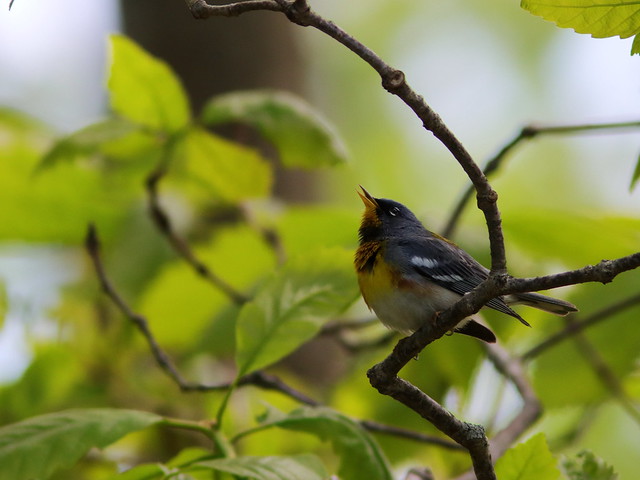 Rose-breasted Grosbeak, at the feeder... 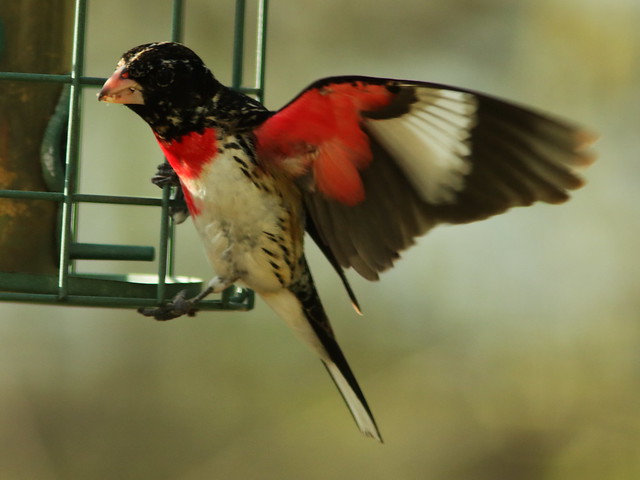 ...and singing from a treetop: 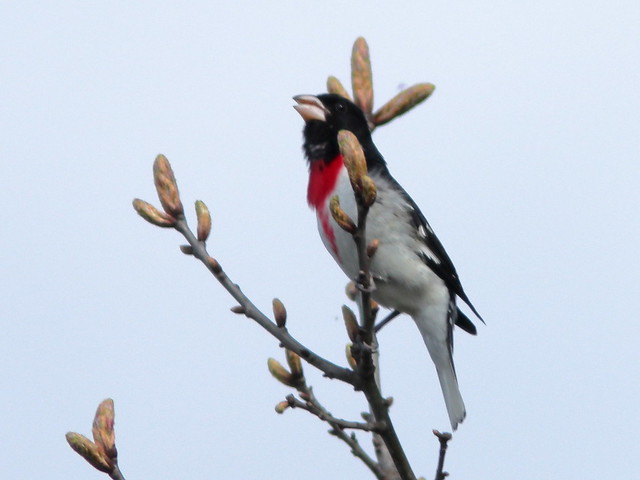 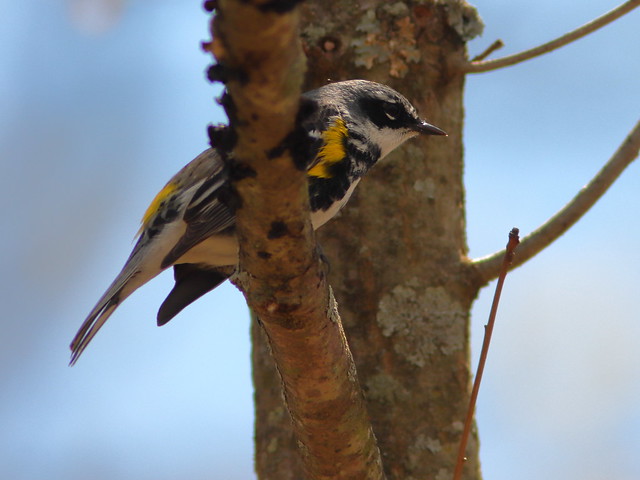 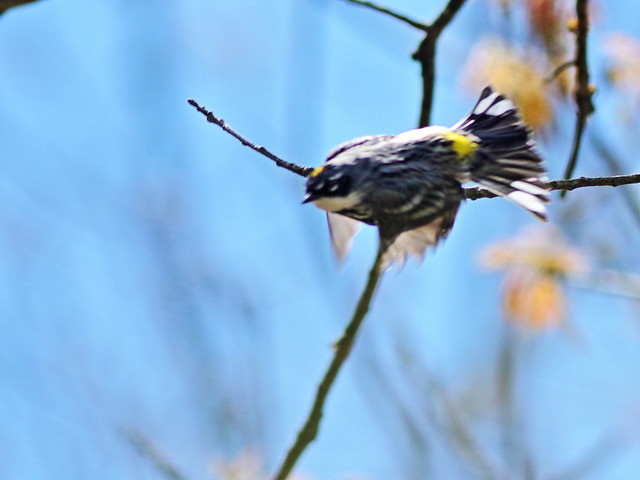 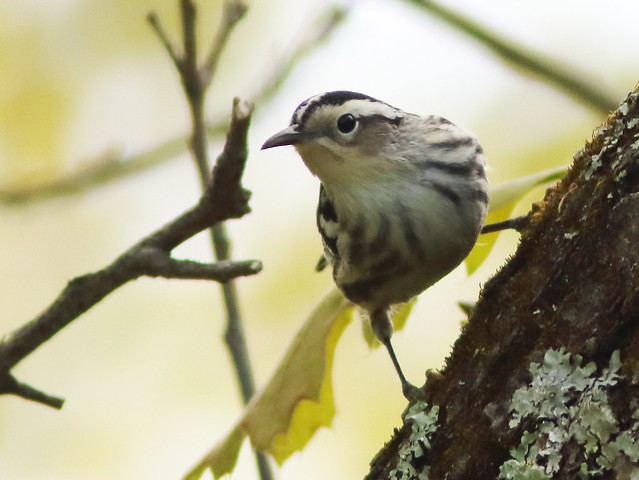 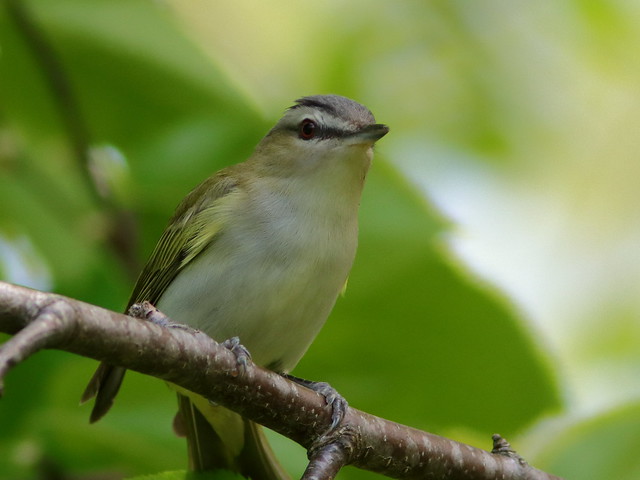 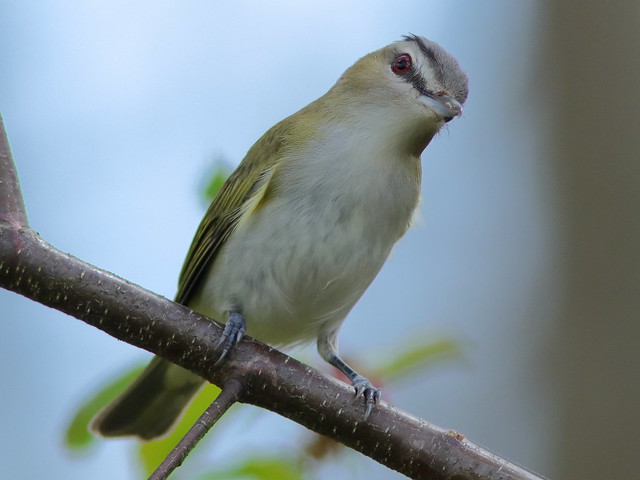 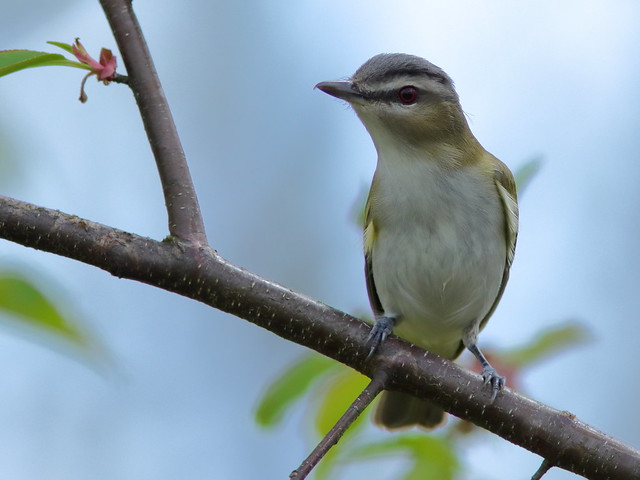 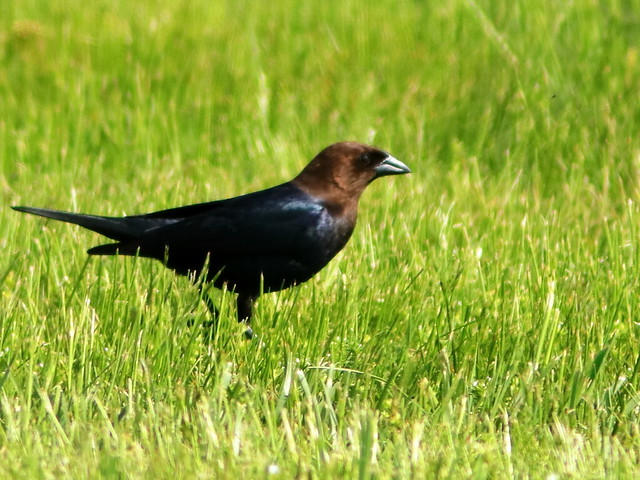 Yesterday I put up our hummingbird feeder. Only a few seconds after I walked away, a female Ruby-throated Hummingbird landed on it and began feeding. I quickly retrieved my camera and obtained these poor shots through the door window: 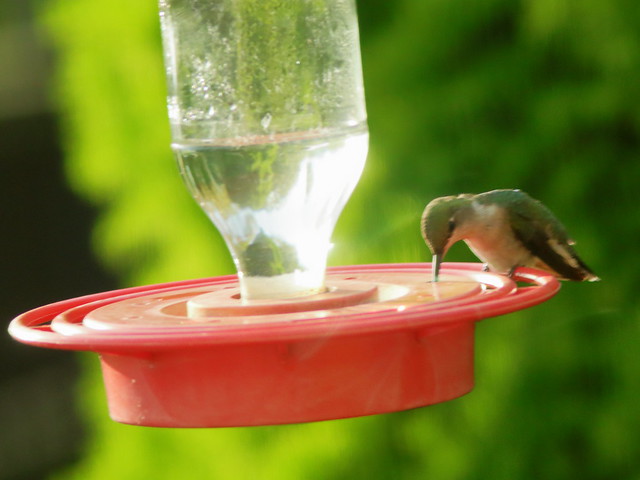 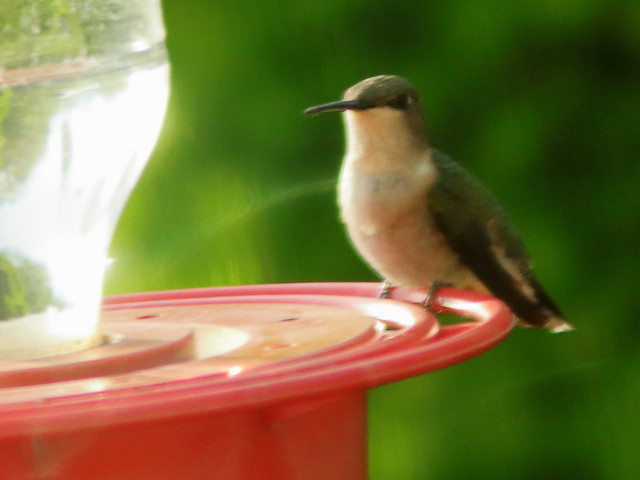 My attempts to obtain photos of the total eclipse of the Flower Moon on May 15 kept me up until midnight, but the clouds interfered, allowing me a few poor partially obstructed shots... 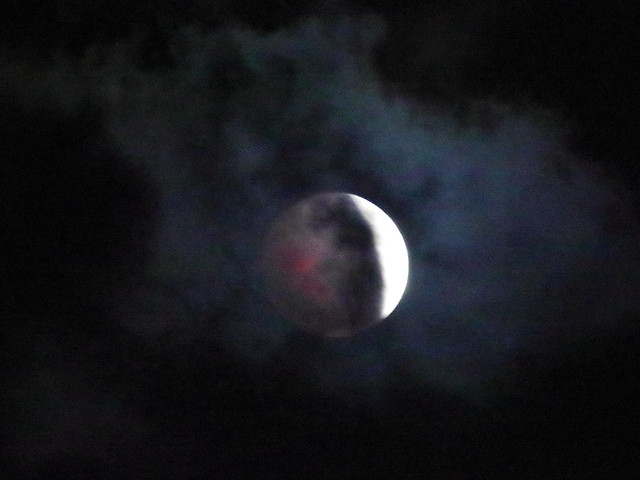 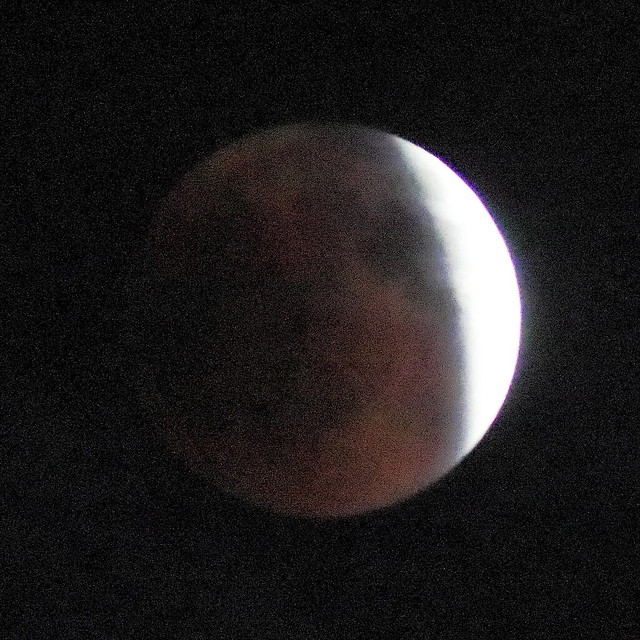 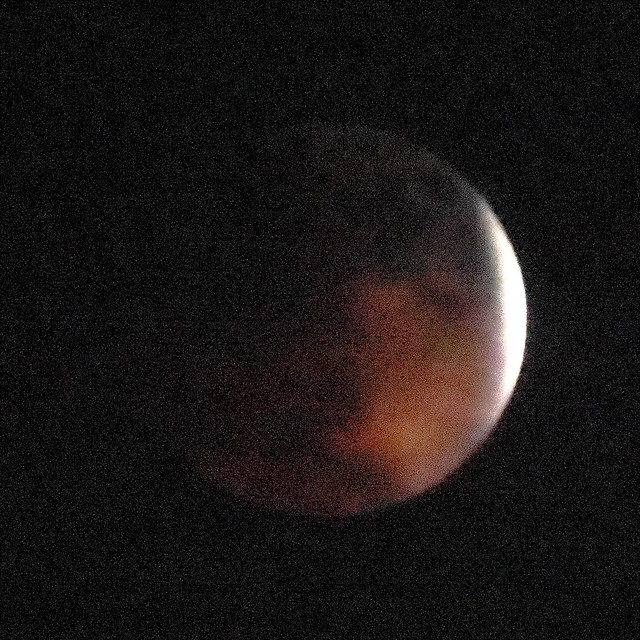 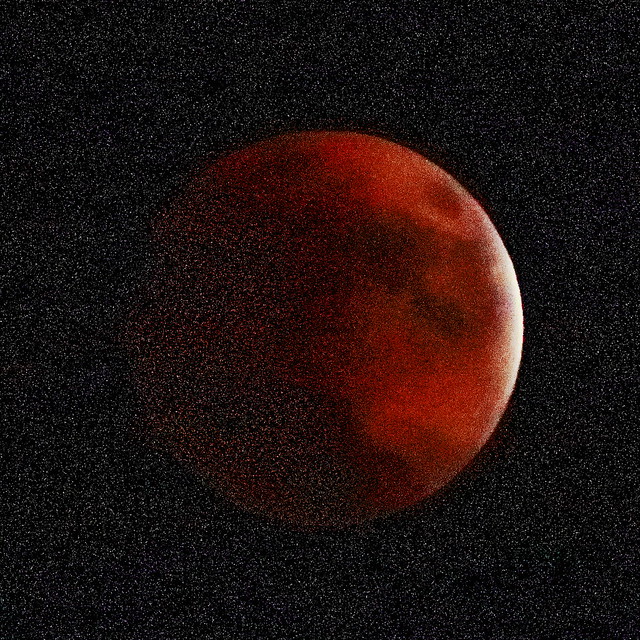 The trees in the Loveland Preserve which borders us just to the west, have leafed up between May 7... 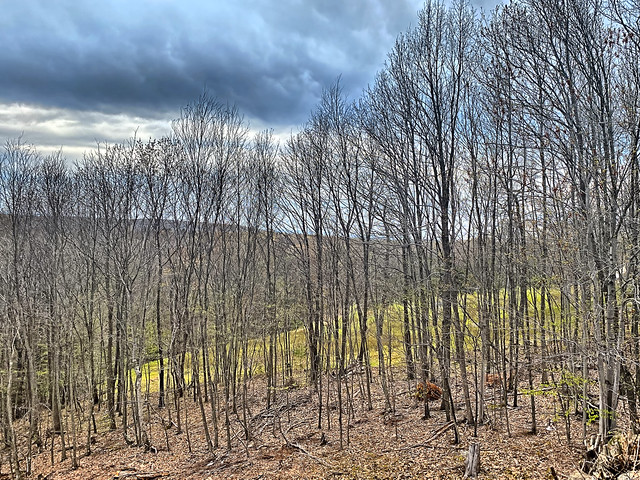 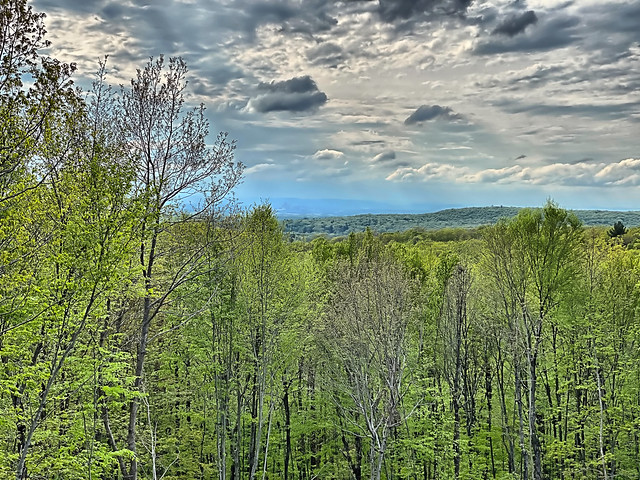 The storm passed overhead rapidly. A few drops began to fall as I snapped this photo from the upstairs patio: 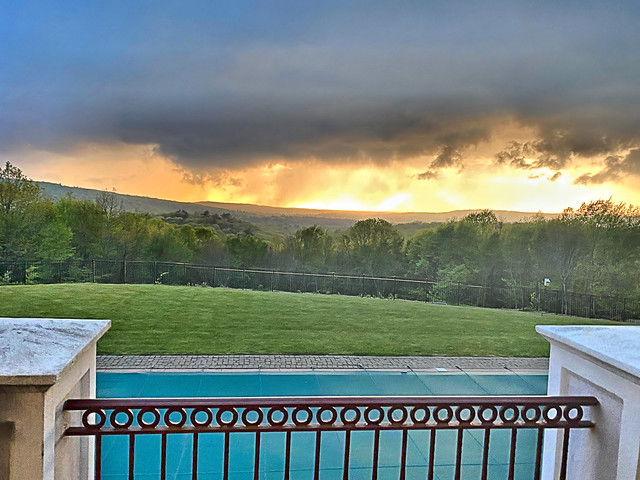 The sky quickly cleared, providing one last look at the sun as it sank behind the distant hills: 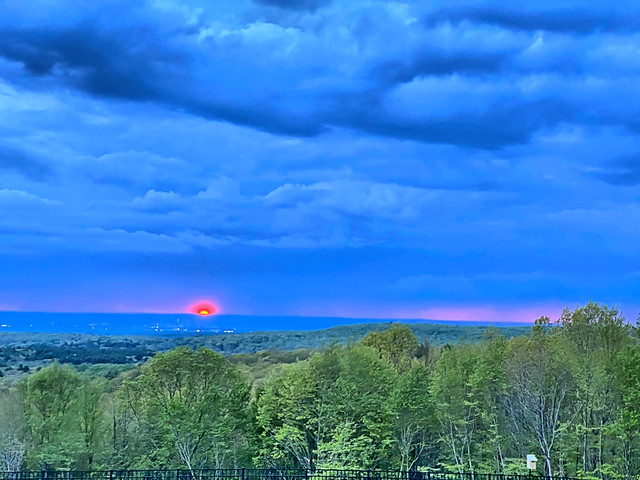 Radiating from below the horizon, the sunbeams illuminated the cloud tops: