As is my habit at the beginning of each month, I combed the photo archives from three years back and searched for images which reflected favorite memes: critters of all kinds (especially birds), skies and clouds, reflections and flowers, as well as scenes which speak for themselves. We spent the entire month of August at home in south Florida.

The first bird photographed, on August 1, was this Tricolored Heron, foraging along the near shore of our back yard lake: 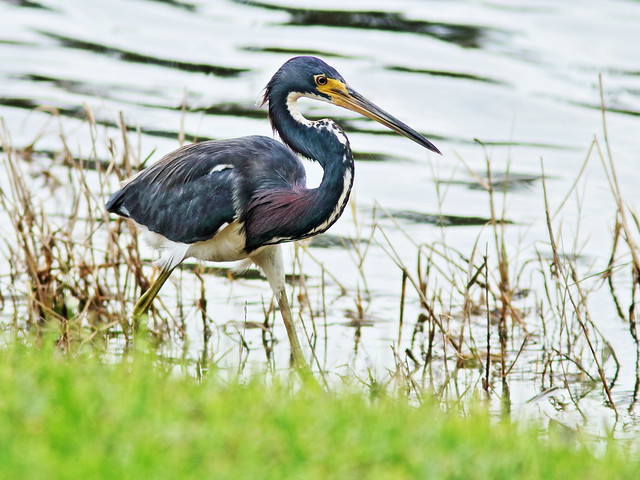 On August 5th, an adult Bald Eagle flew over the Wounded Wetlands adjacent to our home: 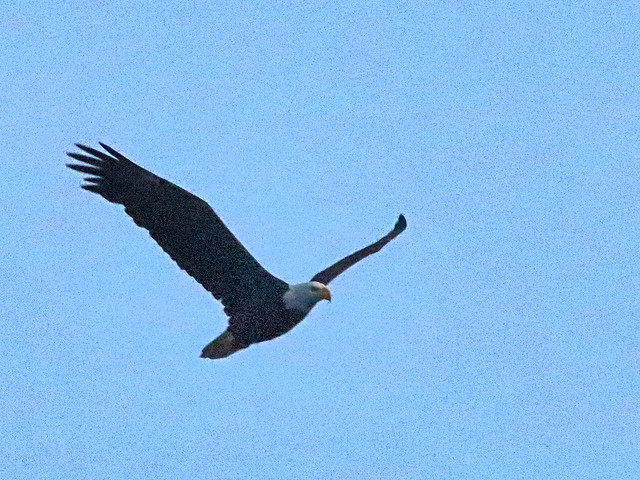 That same day, I noted that this Northern Cardinal was molting from somber juvenile plumage to the red of an  adult male: 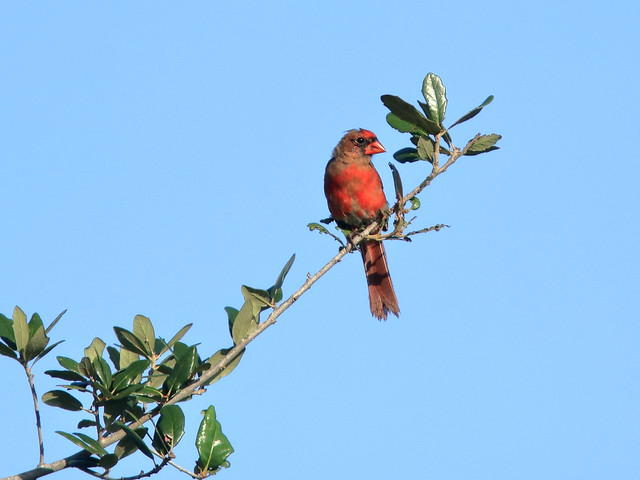 We enjoyed the graceful beauty of a  White-tailed Deer doe with her yearling fawn: 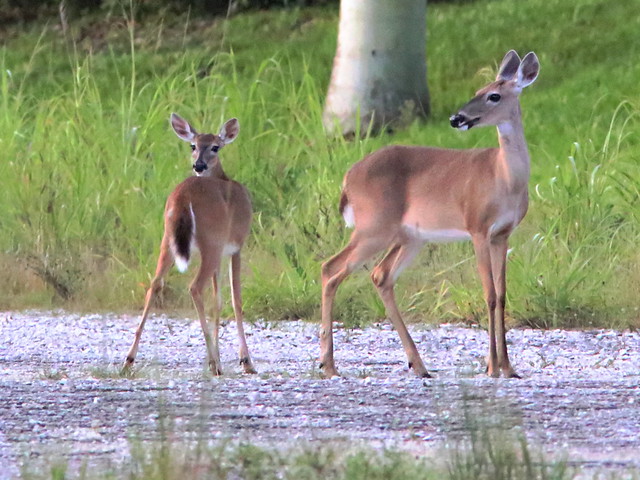 Prairie Warblers were rather abundant, as they migrate inland from their coastal breeding habitat: 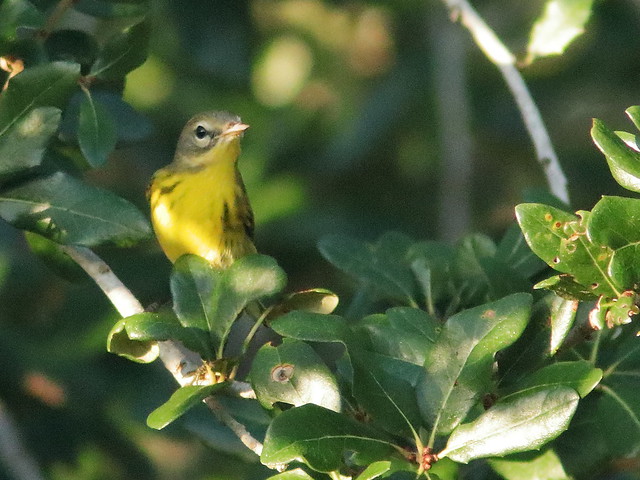 The American Redstart is another early migrant warbler which sometimes shows up during the summer: 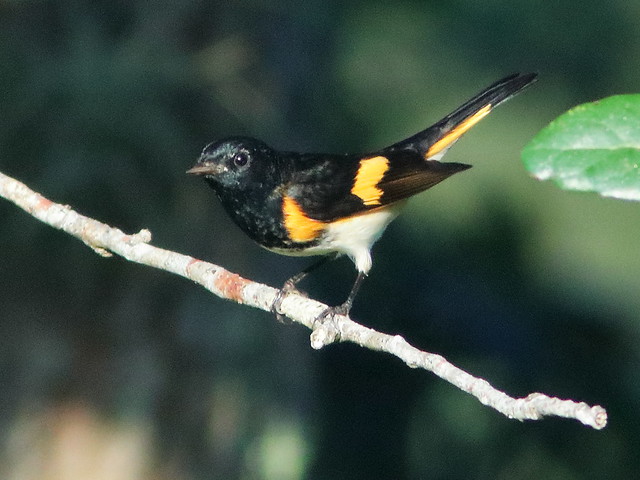 The Louisiana Waterthrush is an early fall migrant, one of which occupied a local wetlands patch from August through October the previous year. Possibly it was the same individual; 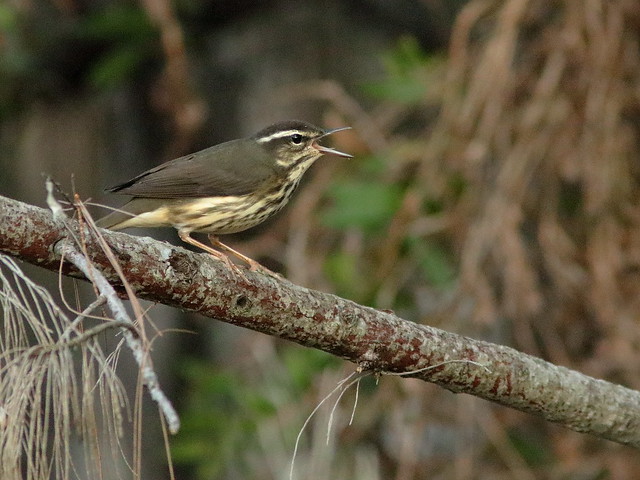 The Black-and-white Warbler may be seen all year around, but the winter population is augmented by migrants from the north. This is an adult male: 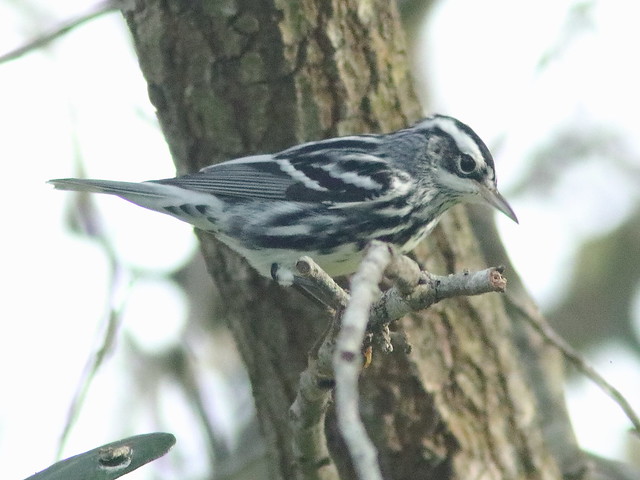 The Northern Parula warbler breeds in Florida just to the north and may be seen any time of year.   This is a terrible exposure of a male, but I liked the color and the airy feel: 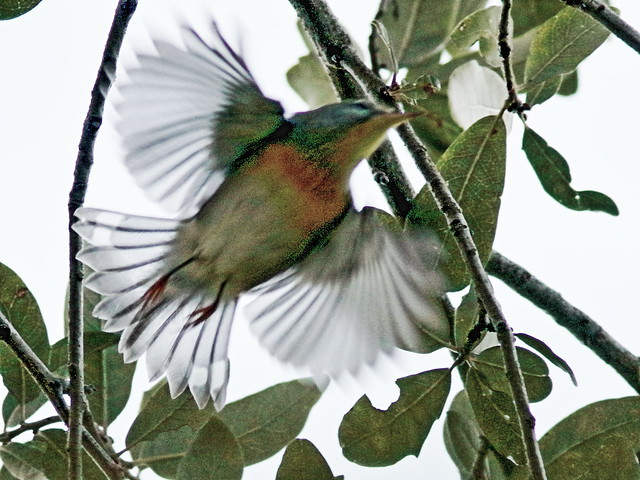 The Common Ground-Dove is a permanent resident. It breeds erratically between early spring and into October.  I found a nest with two eggs on August 19, 2014, said to be the first nest of this species ever documented in Broward County. This appears to be a male because of its bright reddish breast: 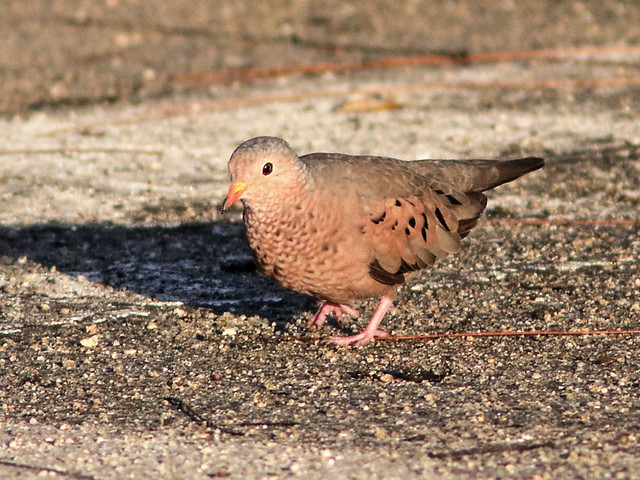 In the back yard, a female Anhinga protested my approach in a defensive display-- neck extended, bill open, gular pouch expanded and wings slowly flapping: 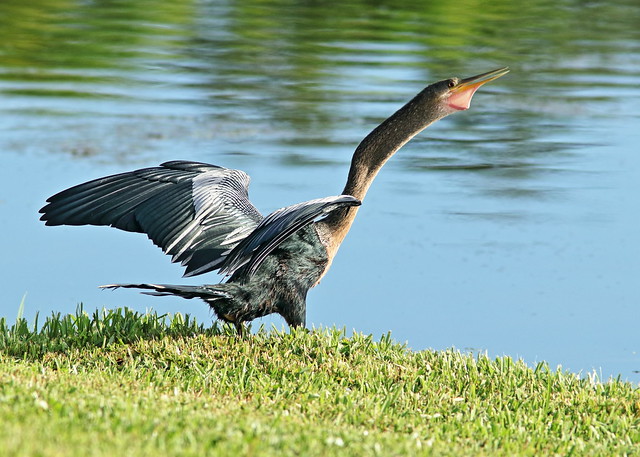 Carolina Wrens were singing as if it were spring. They are non-migratory and may raise as many as three broods. (I was surprised to find this species at my suet feeder all winter here in north-central Connecticut. They now are seen all year in northern New England and southeastern Canada.  Severe winters in the early part of the 20th Century eradicated them from the north Atlantic coastal states. Their population once again expanded and by the 1940s they had just reached New Jersey, when I saw one as a kid birder. I believe their dependence upon feeders has helped them cope with the winter weather): 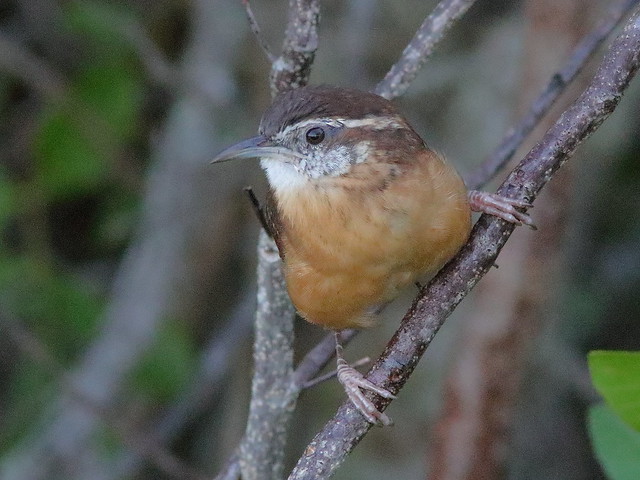 Other non-bird sightings of note included--

An amazing sky show over the Wounded Wetlands, 35 minutes before sunrise on August 8: 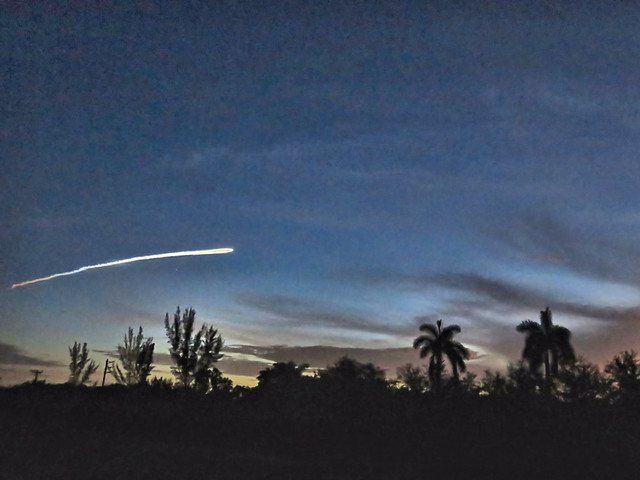 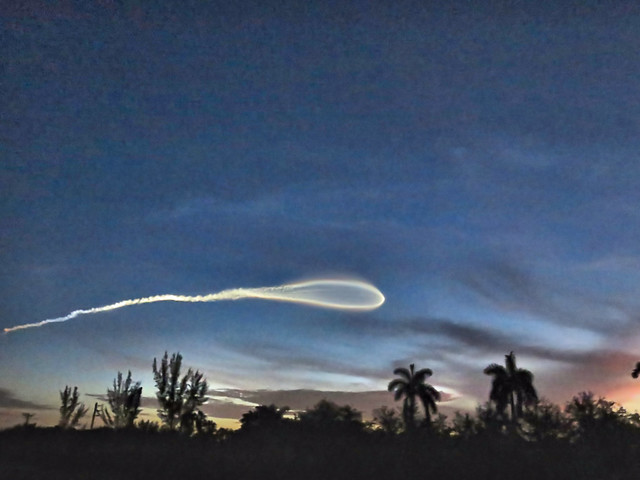 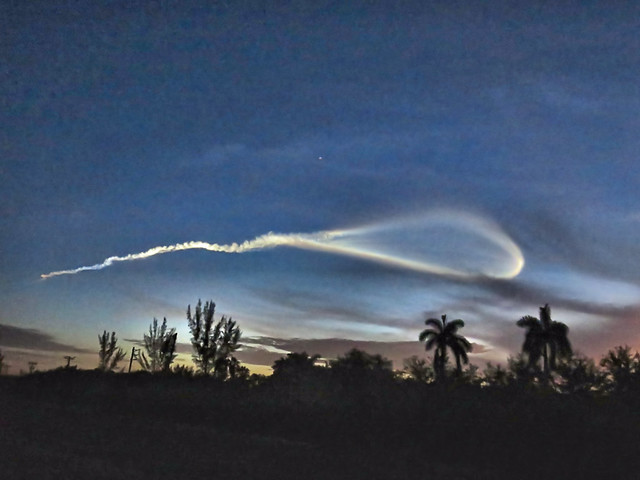 It was the United Launch Alliance's Atlas V rocket blasting off from Kennedy Space Center, 200 miles to the north.

At my feet, the tracks of a Coyote. The smaller rear paw with long nails has overprinted the front: 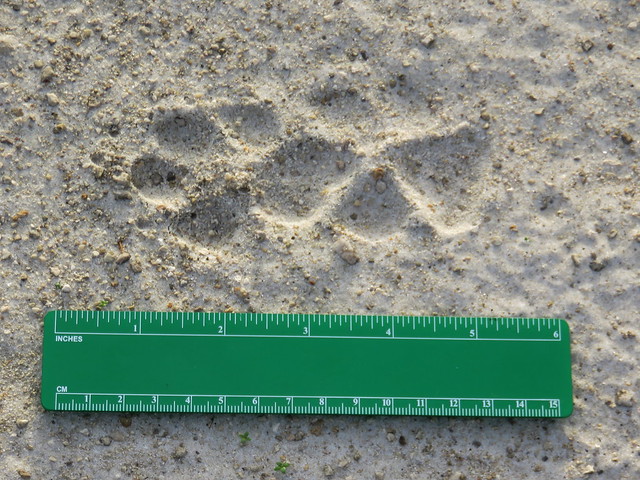 The Sturgeon Moon setting over the lake on August 15: 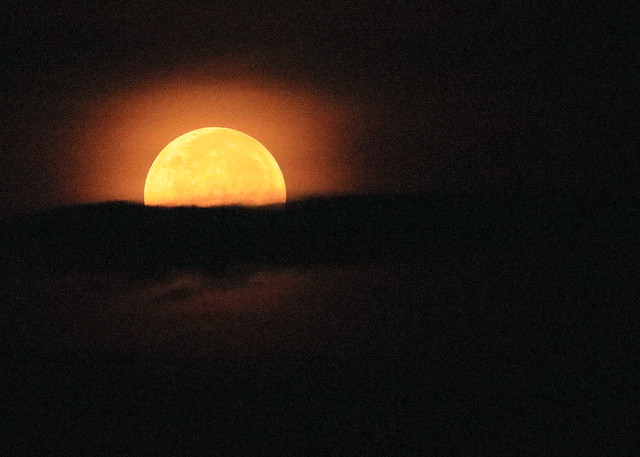 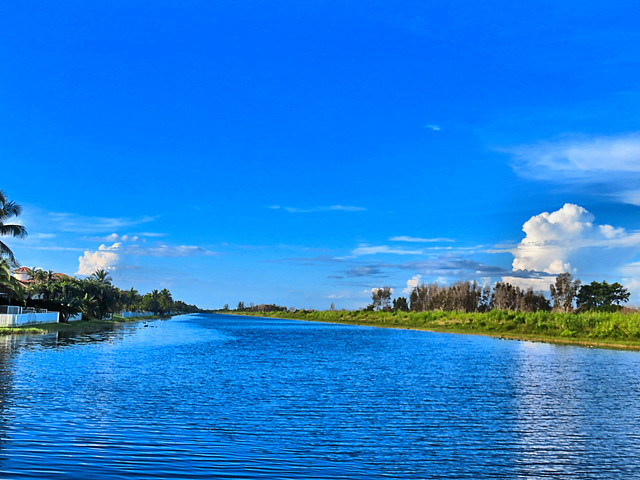 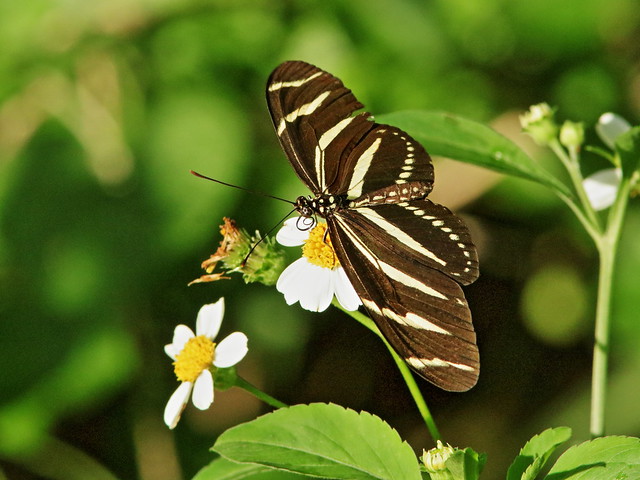