We have American Goldfinches all year round. They flock to our feeder to enjoy the sunflower seed. During winter their plumage is plain and the sexes appear similar. In this group, photographed on February 22,  the bird on the upper right is a male, which has slightly brighter plumage and shows some yellow on his face and neck. 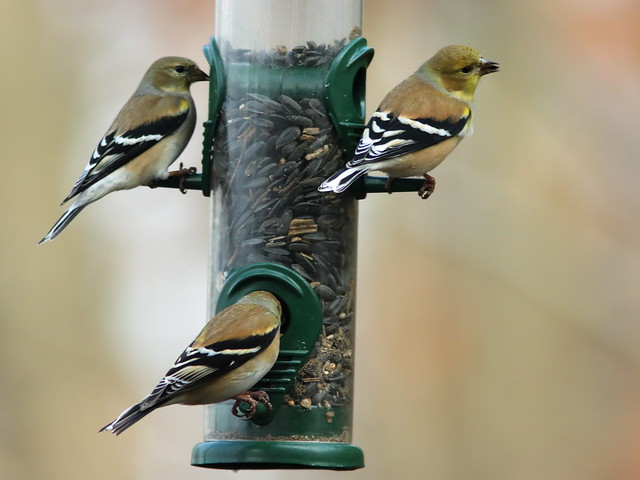 On March 30, this male was beginning to molt into bright breeding plumage. Females also turn olive yellow, but lack the black head patch: 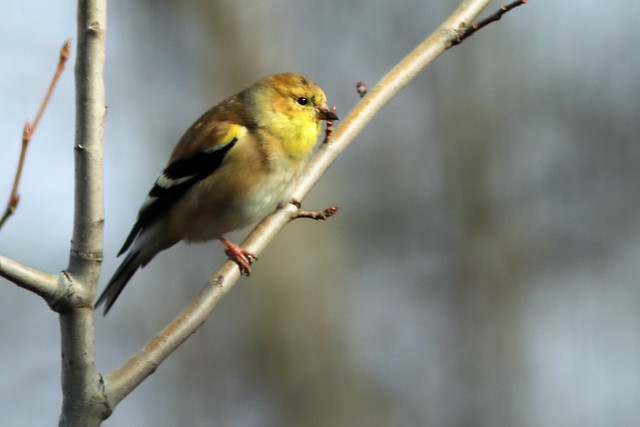 Molt progresses in early April. This male had nearly completed the transition on April 16: 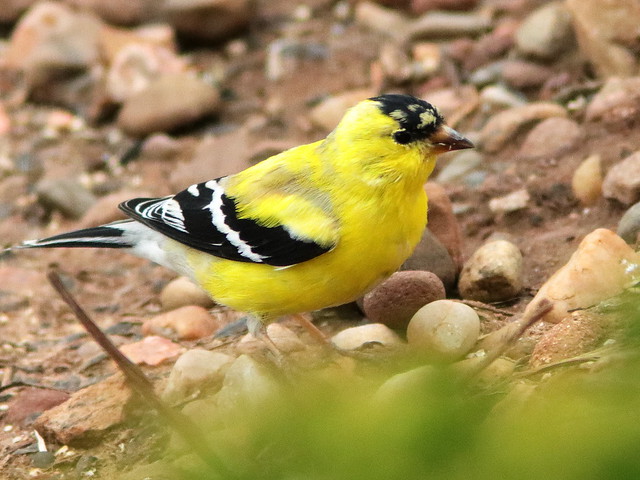 Unlike the other local birds, the goldfinches postpone their breeding until late summer, an adaptation to the growth pattern of thistles. Nest building was underway by mid-July.  On July 27, this female was gathering the downy fluff (pappus) from a Common Sow Thistle (Sonchus oleraceus). It will be used to line her nest: 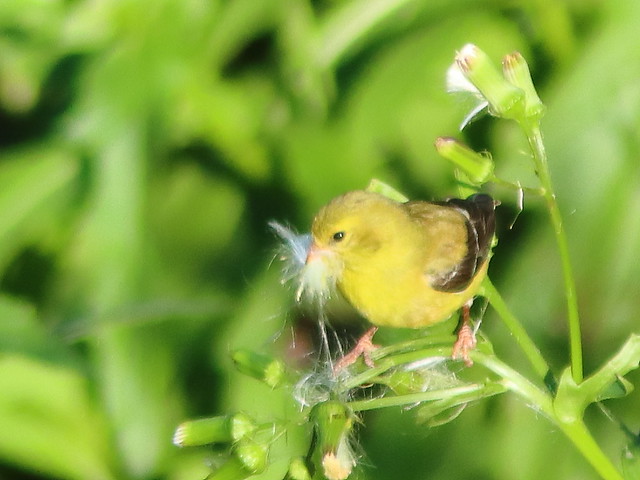 Males also carry pappus to their nests, most of which were located rather high in oak and maple trees along the margin of a clear-cut area in the back yard woodlands. Once the eggs are laid, the females remain on the nest and are fed by the males: 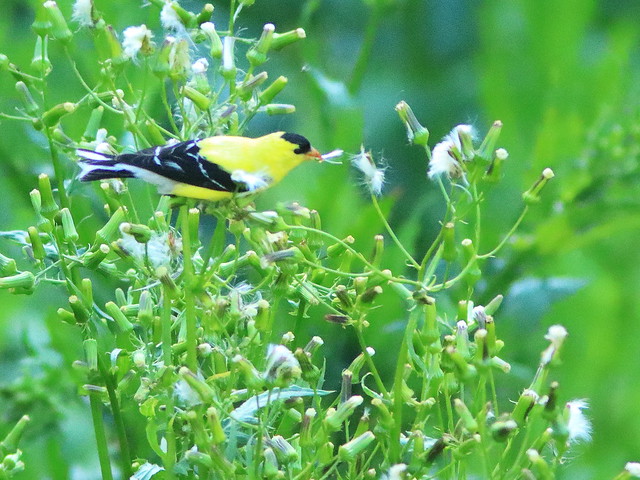 After the eggs hatch, the adults discard the pappus and harvest the seeds of the plant. They collect beak-fulls of seed and periodically stop to consume them before resuming the task. This is not a selfish act, as the seeds are stored in their crops and later regurgitated as a partially digested glob which they feed to the nestlings. Look closely to see the brown seeds in this bird's beak: 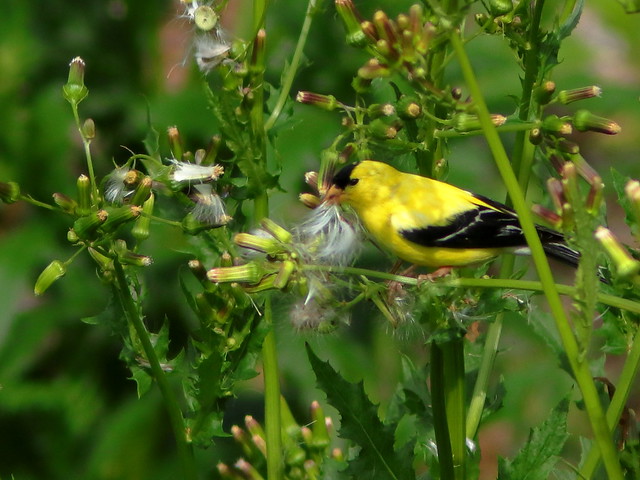 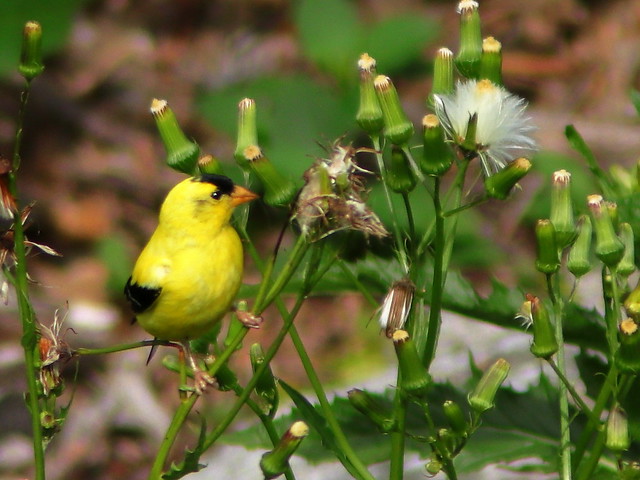 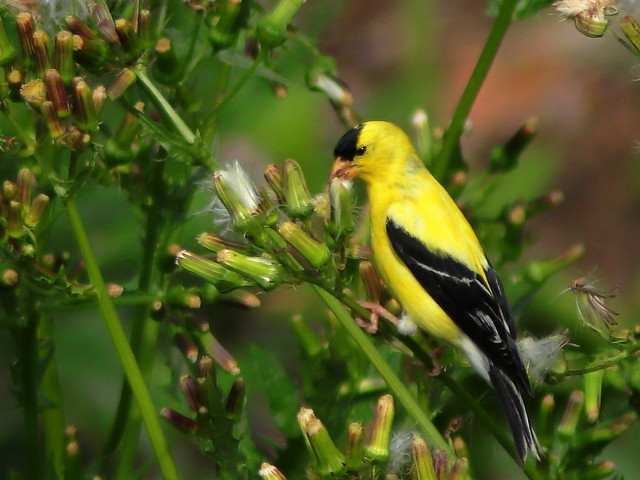 In mid-summer, invasive native Common Sow Thistles have clusters of large yellow flowers resembling the dandelions which bloom in early spring but have flowers on single stems. Sow Thistles lack the thorns of True Thistles which are in the same flower family (Asteraceae) and whose seeds also fly in the wind and are used by goldfinches. True Thistles usually have pink, purple or white blossoms.

Deer avoid thorny thistles but relish the foliage of the Sow Thistles. Our back yard overlooks large patches of this plant in the cleared area which spreads out beneath a 30-foot cliff. There are great views of the area from behind the iron fence at the edge of the cliff.

My photos of wildlife in the area provide a top view which is not always satisfactory. This week I was lucky when a White-tailed Deer had a tender moment with her fawn: 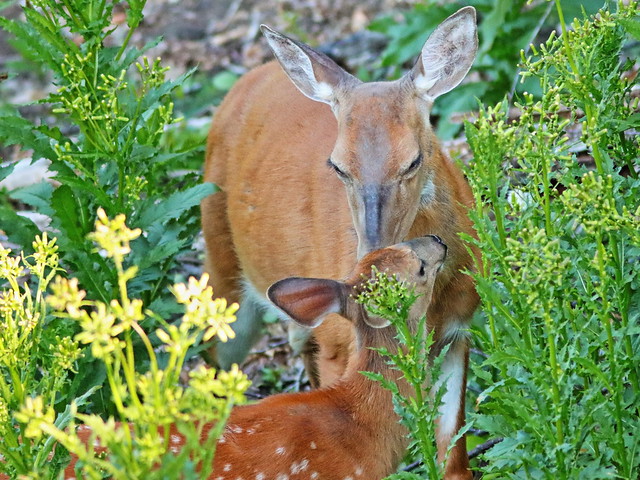 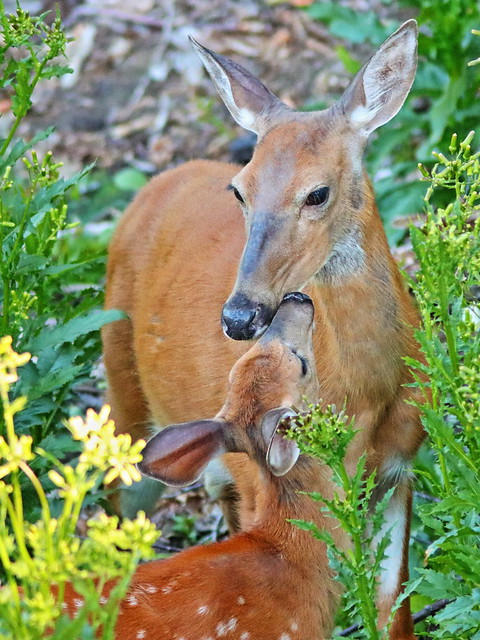 On August 10, I photographed the sunset from the same location: 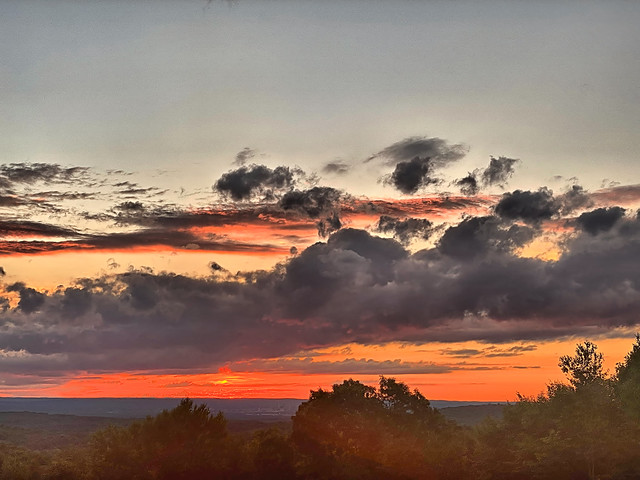 Our sneaky granddaughter caught me in the act: 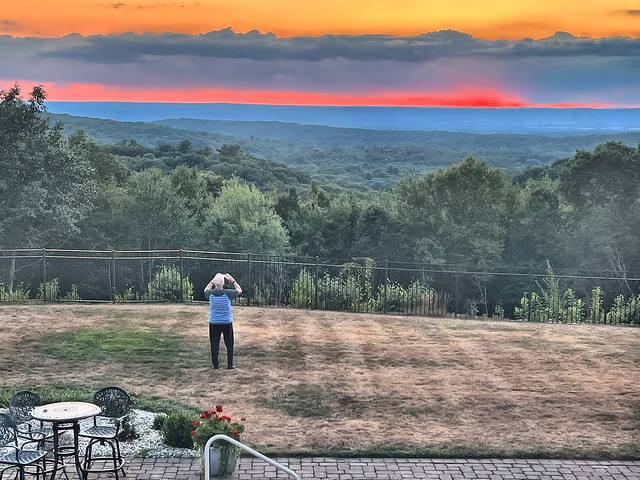 Diamond Lake under a cloudy sky: 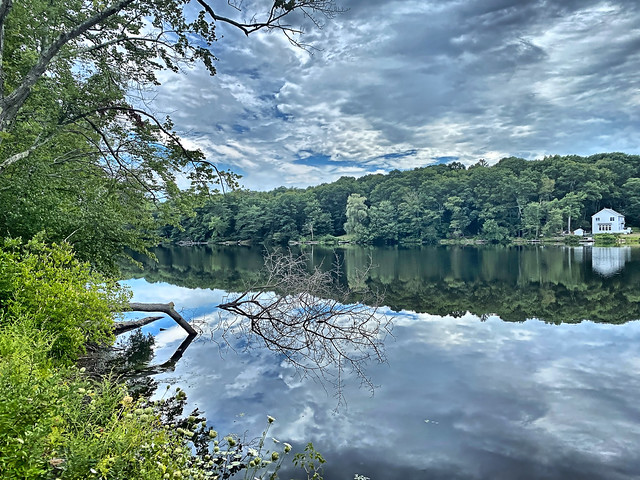