My weekly potpourri gathered from the archives features... vultures, perhaps the least appreciated, yet one of the most important (and globally threatened) groups of birds.

The New World vultures and condors are distantly related to those of the Old World. The latter do not share their amazing sense of smell and are considered more closely related to the hawks, buzzards and eagles. Here in the USA, two species are doing very well, while the California Condor teeters on the brink of extinction. 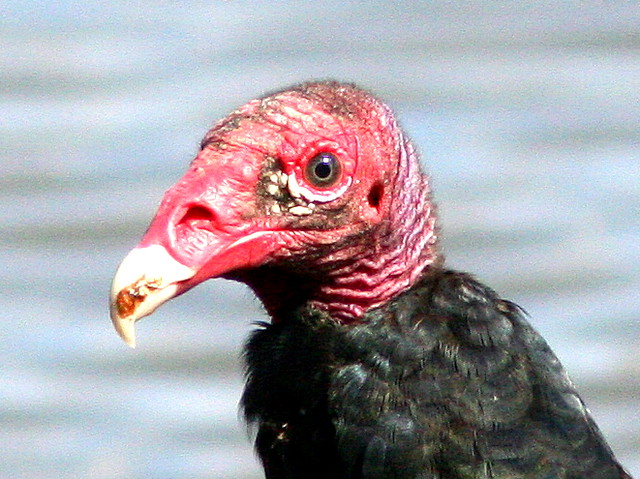 To get this close to a Black Vulture I had to endure the stench: 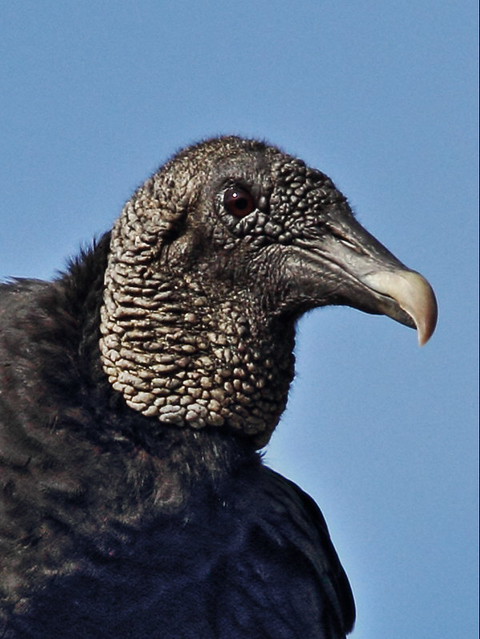 The legs of  vultures are often painted white with their own urine, helping them control their body temperature, which drops about 6 degrees (F) during the night. They also assume postures such as extending their necks and spreading their wings to either cool off or soak the sun's rays. 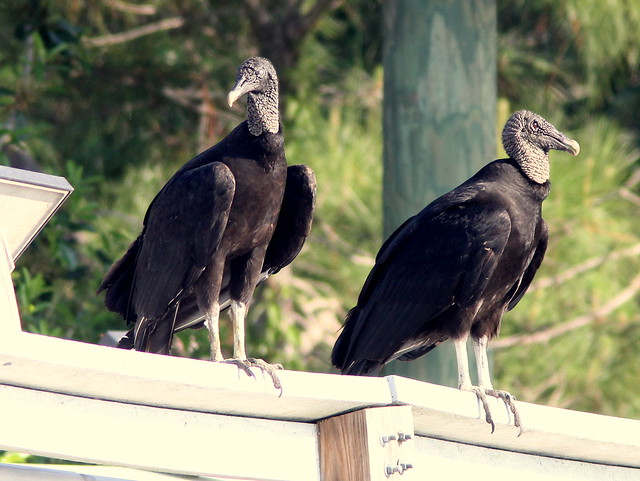 Here the Turkey Vulture dominates some garbage that had been discarded by careless picnickers. 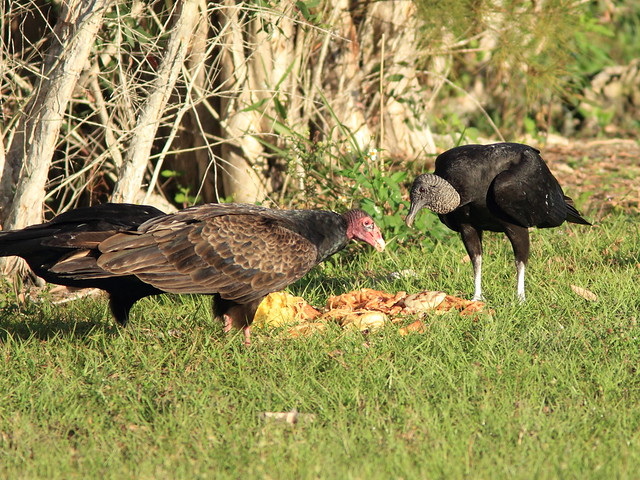 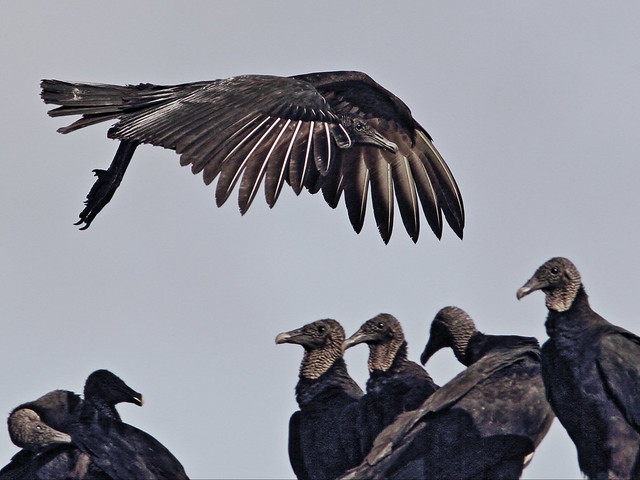 ...waiting turns at the dinner table... 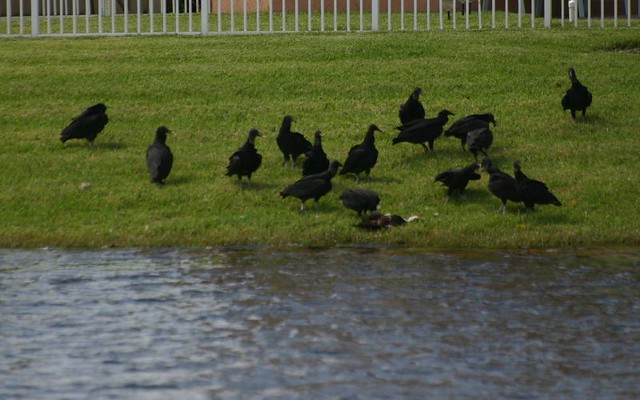 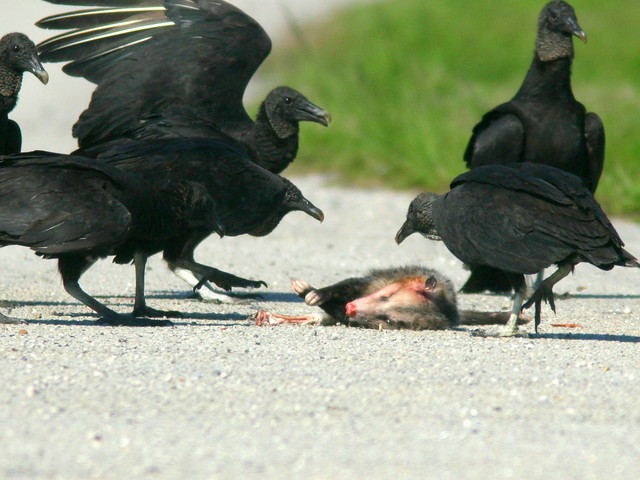 Young Bald Eagles (one is to the lower left in this photo), not yet adept at hunting for fresh prey, may capitalize on the vultures' skill at locating carrion: 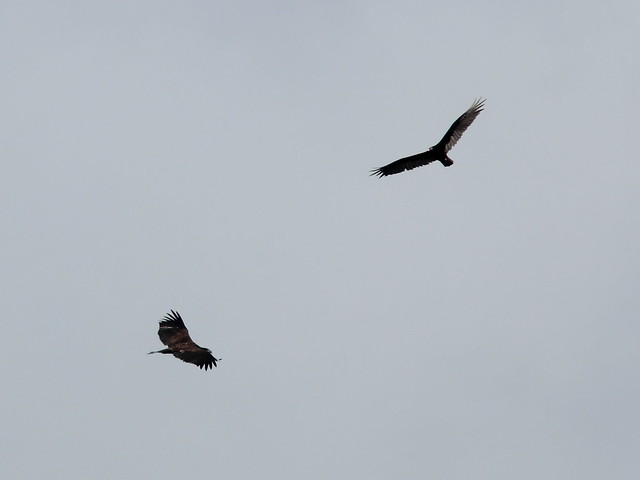 Here in Florida, Short-tailed Hawks may use their resemblance to vultures to hide in a flock and surprise the smaller birds that make up much of their prey (Pembroke Pines, FL, February 9, 2012): 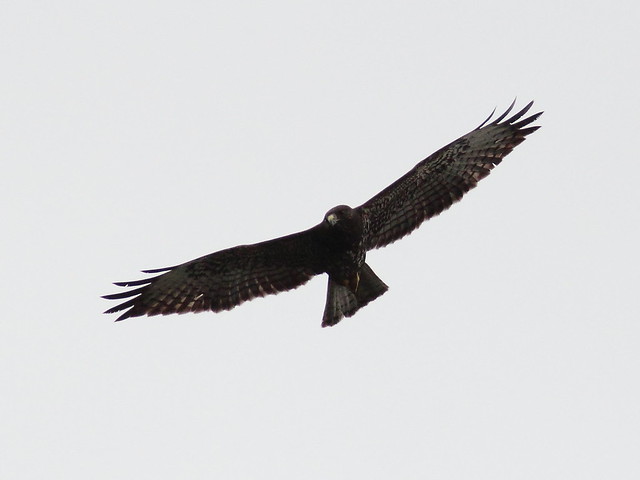 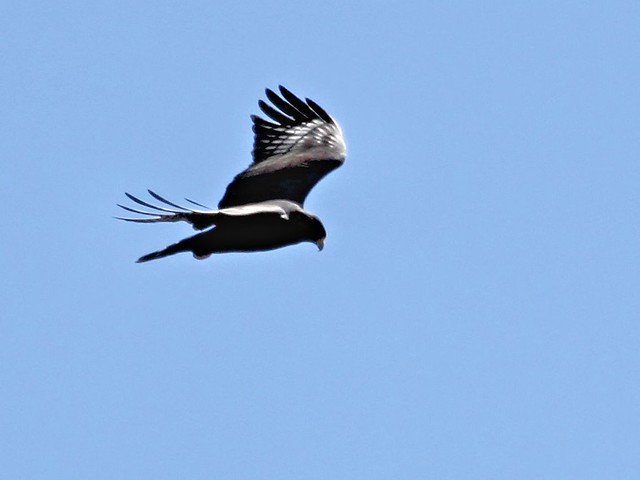 and to Eileen's SATURDAY'S CRITTERS,

Turkey Vulture warming up in the morning sun: 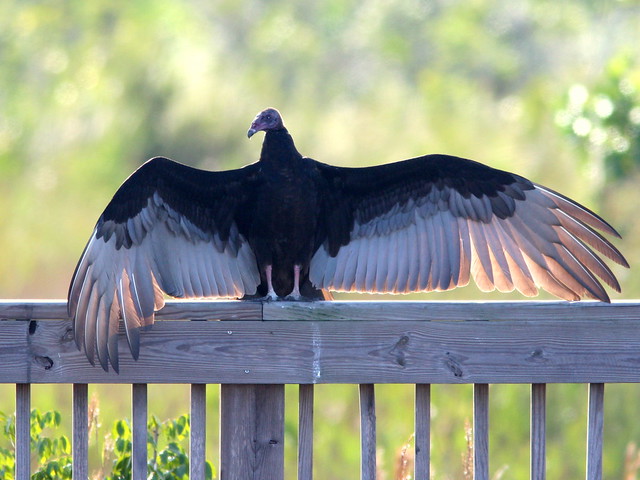 Black Vultures at the Undertaker's Convention: 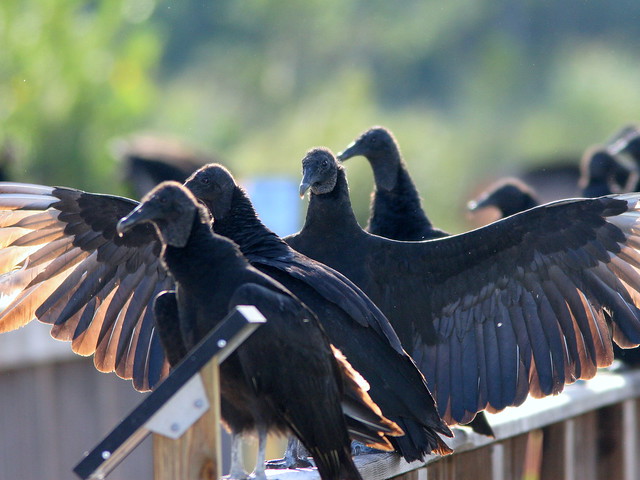 Our two vulture species have distinctive flight profiles. The Turkey Vulture appears almost headless and the undersides of all its flight feathers appear silvery. 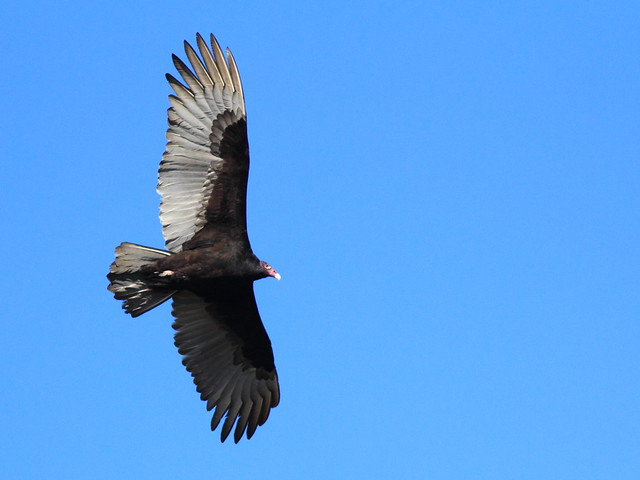 Only the five "finger" feathers of the smaller Black Vulture show this trait, and its legs extend slightly beyond its shorter tail. 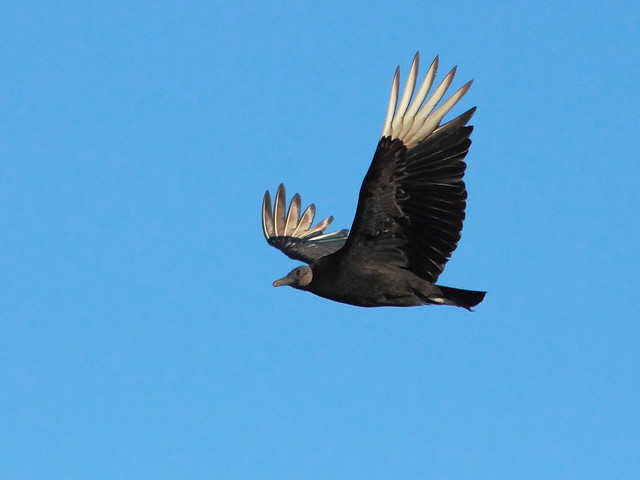 Ghosts in the gloaming: 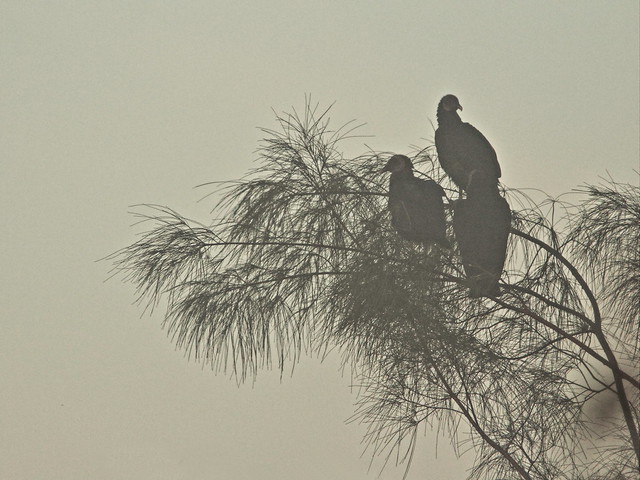 On a sunny day, you can almost see me with my camera: 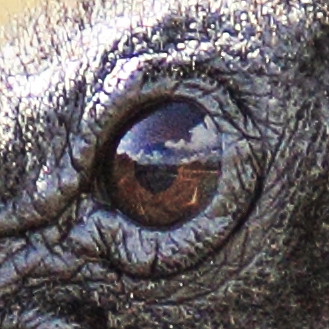 
"The first Saturday in September has been set aside as a day to consider the ecological importance of a bird of prey that is otherwise mostly dismissed with a shudder. With some species under severe threat of extinction, International Vulture Awareness Day aims to educate a reluctant public in the critical role of this creature to the well-being of the environment. With vultures traditionally being perceived as representing death and decay, conservationists involved in preserving their numbers have faced an uphill battle in fund-raising efforts and in making theirs a more sympathetic cause. Hopefully, the joint effort of South Africa’s Birds of Prey Programme and England’s Hawk Conservancy Trust in establishing an international day of vulture awareness will change public attitudes. The key role of the vulture in signalling the presence of a carcass to other scavengers prevents contamination by pathogens and helps keep nature free of disease."
________________________________________________