The Levee Trail provides access to the Bar Ditch Trail which traverses the wildest part of the Wounded Wetlands. The latter trail is now under about a foot of water, shortening the walk but inviting more careful exploration. Spending more time at "sit spots" along the levee, I get a bit less exercise as well as some nice finds. 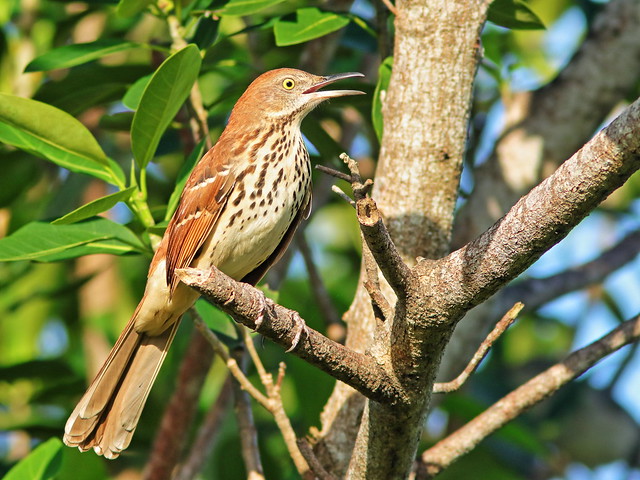 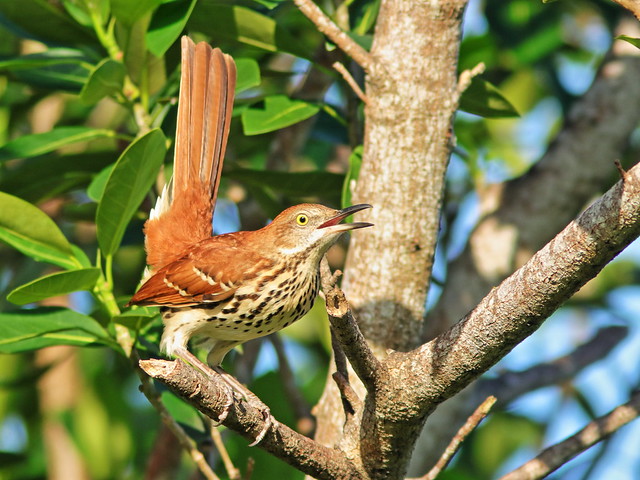 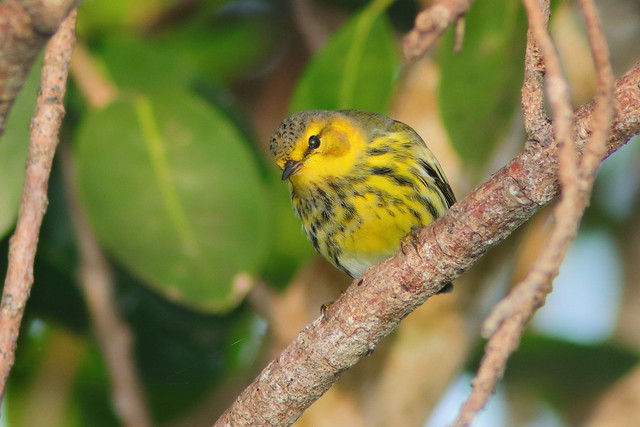 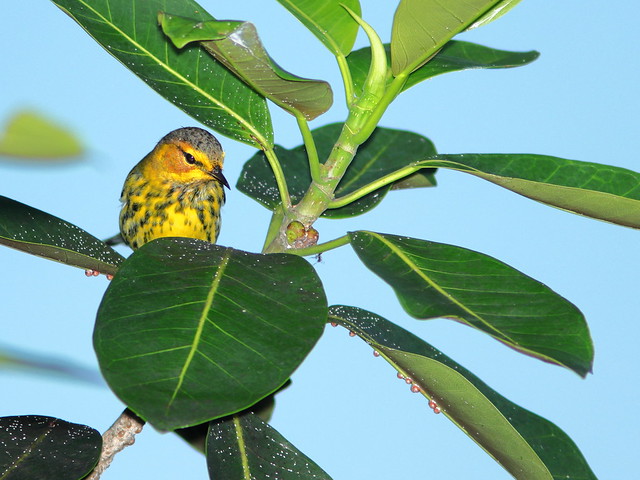 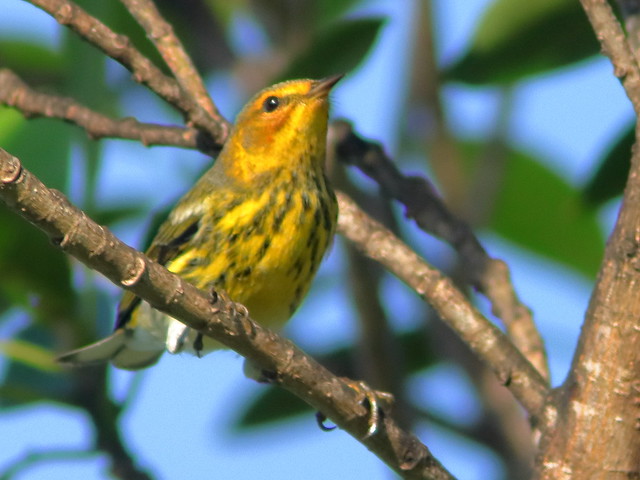 ...and less conspicuous females and immature birds of the same species: 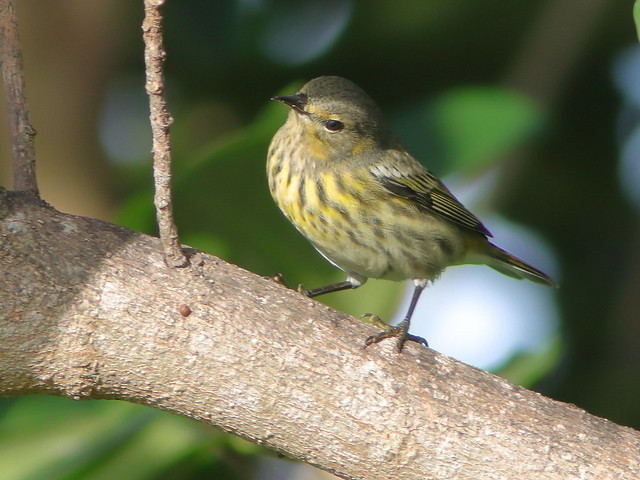 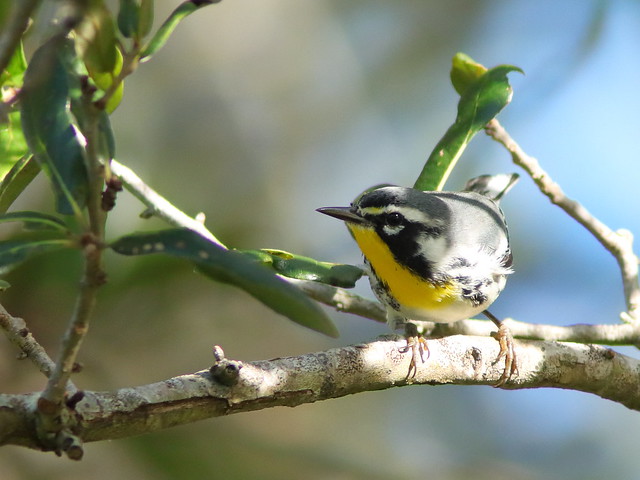 ...which seem to advertise their names: 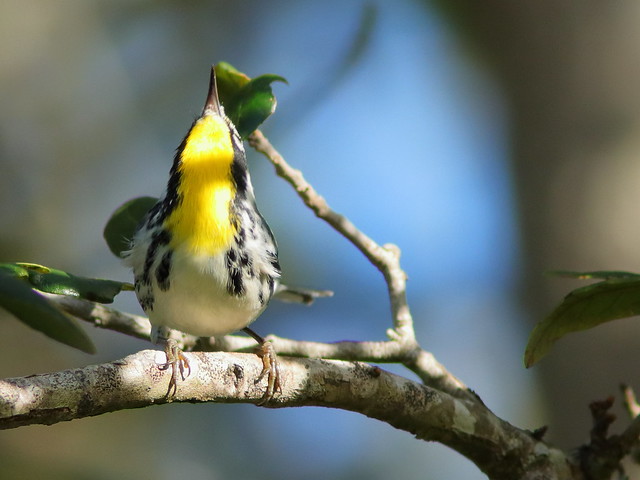 American Redstarts are hard to follow as they move erratically in the trees... 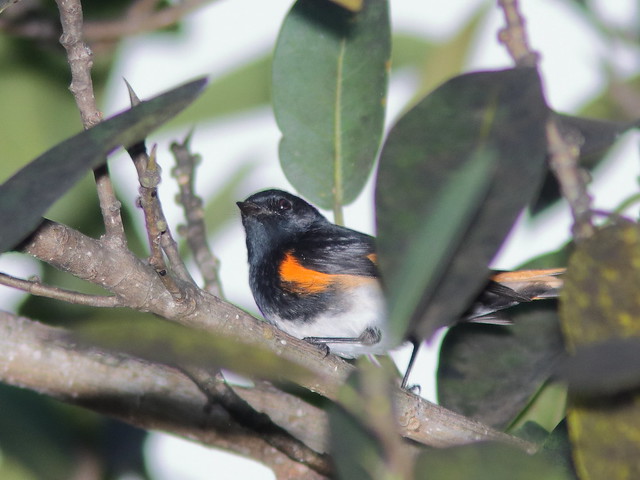 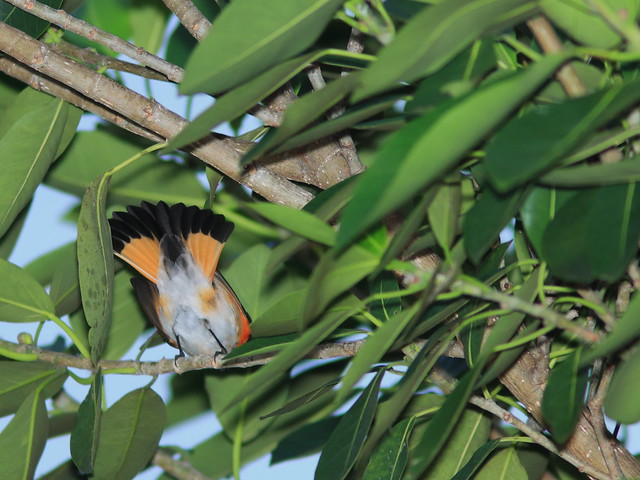 This demure redstart is probably a female. The immature male is very similar but usually shows more of an orange tint: 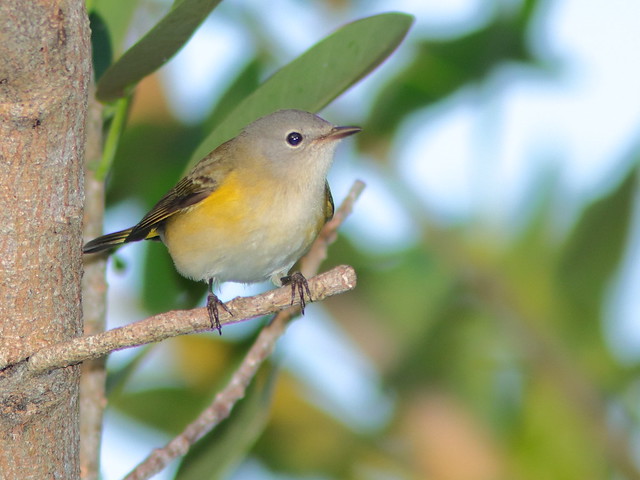 Northern Parulas nest just to the north and are early arrivals during fall migration. These are males: 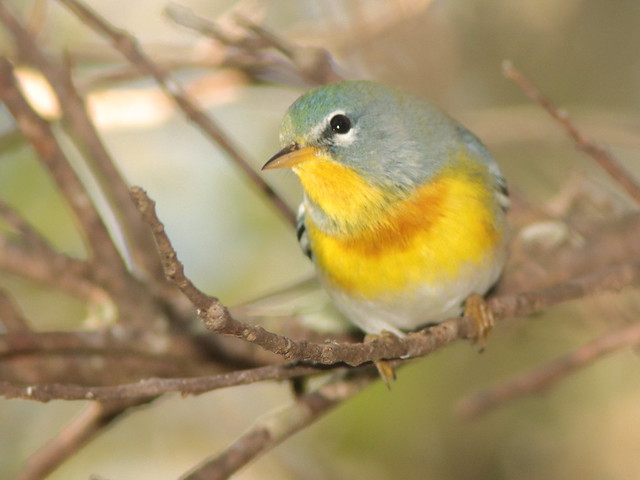 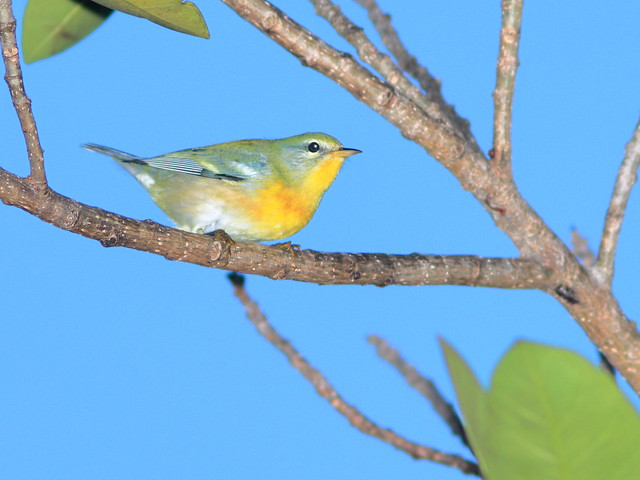 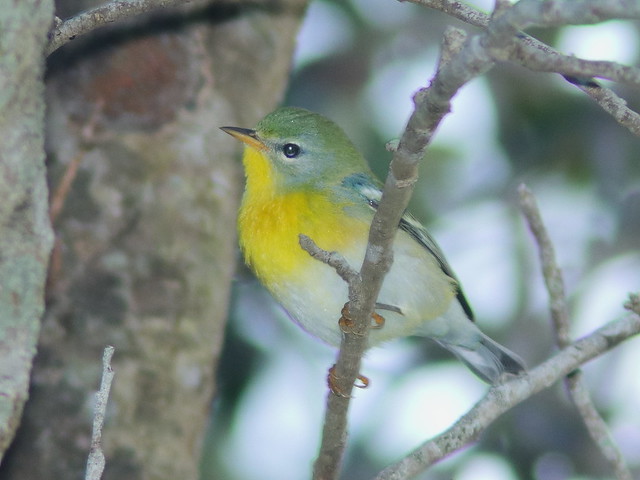 Active and acrobatic Black-and-White Warlbers do not nest locally but are sometimes seen here during breeding season. This could be an adult female or first year male: 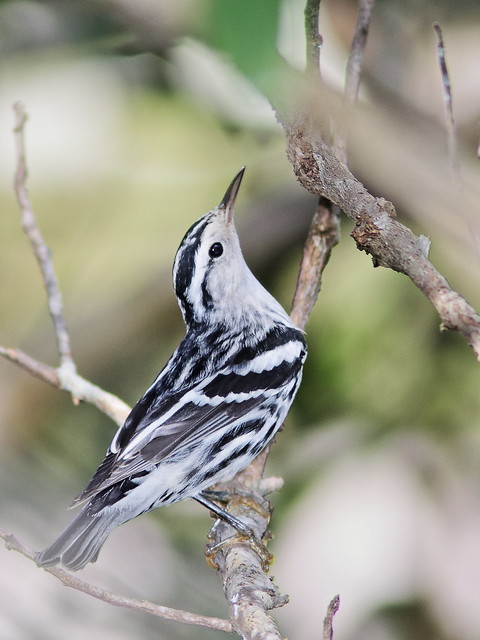 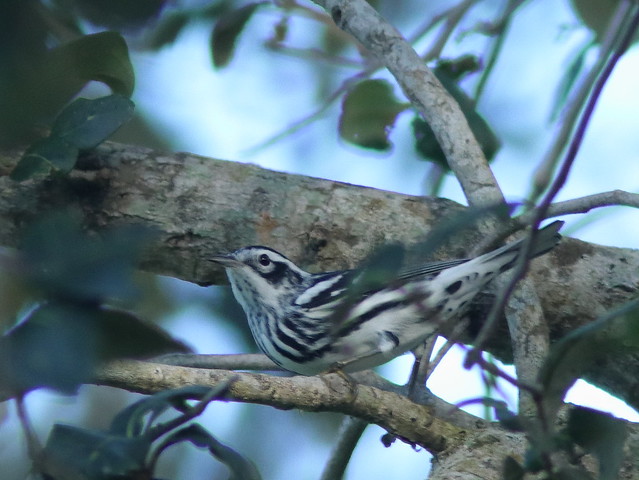 In spring, the adult male is more boldly patterned with black markings (April, 2020): 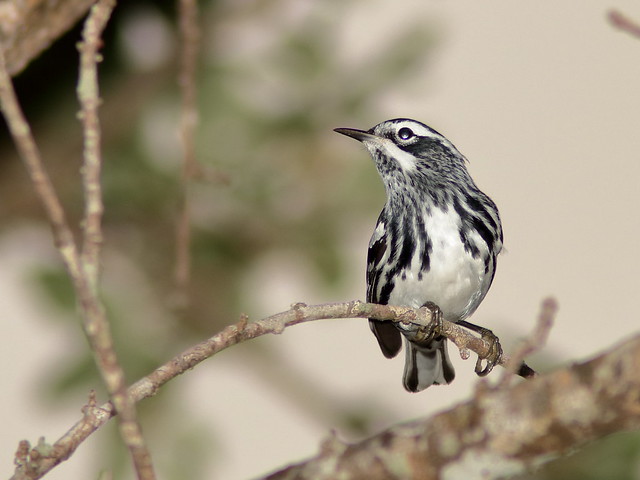 Palm Warblers arrive a bit later and many stay here for the winter. Their long legs are an adaptation for feeding on the ground: 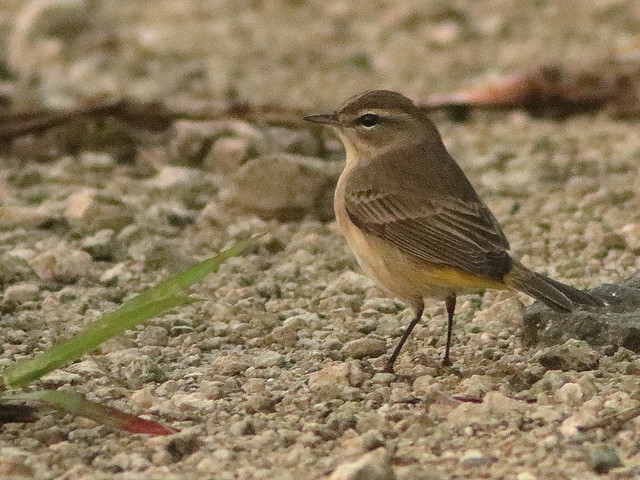 Prairie Warblers are back: 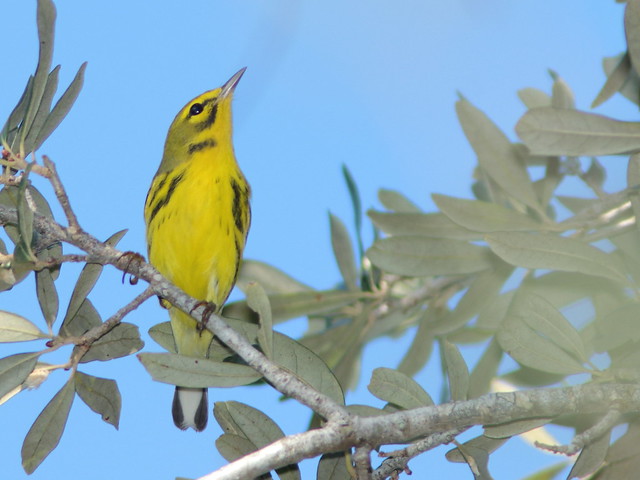 This male Scarlet Tanager was a bonus bird this past week. The male sheds his scarlet coat for a green one: 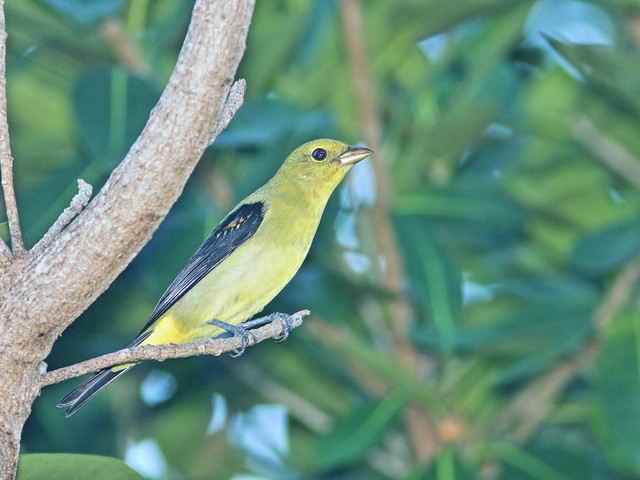 On my way home yesterday as I emerged from the high brush at the trailhead, I cautiously looked around before walking out into the open. Occasionally I surprise a mammal such as a rabbit, Raccoon, deer or Bobcat. This time I almost missed seeing a Coyote which had stopped to answer the call of nature: 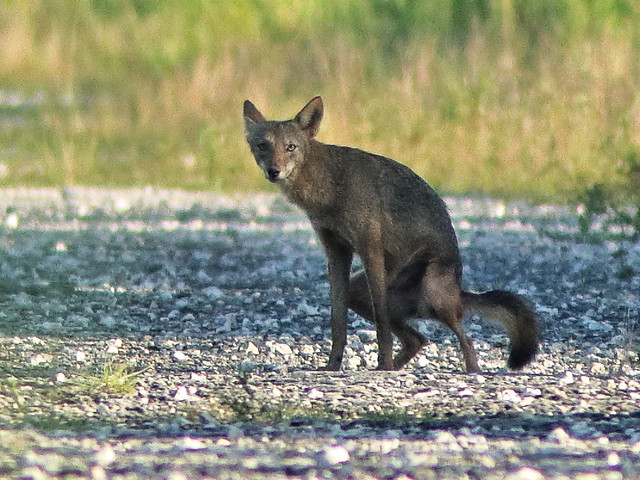 When finished with doin' business, it continued across the gravel road: 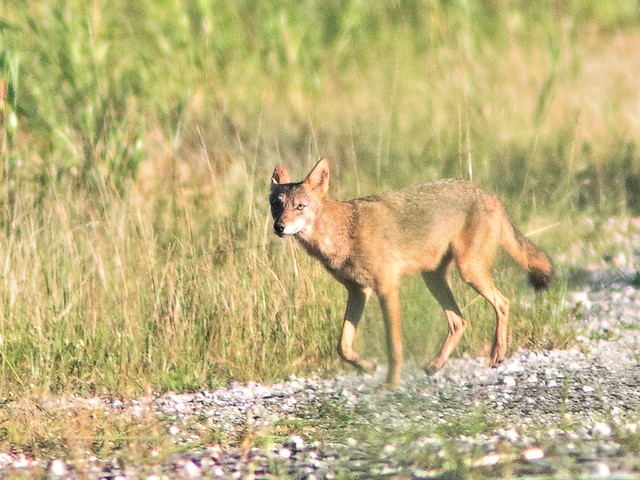 We are in the heart of the wet season. Cloud formations can be very entertaining. Can you see this poor guy being knocked out by one  thief while the other sneaks off with his stolen horse? (or is it a rooster or a seahorse? 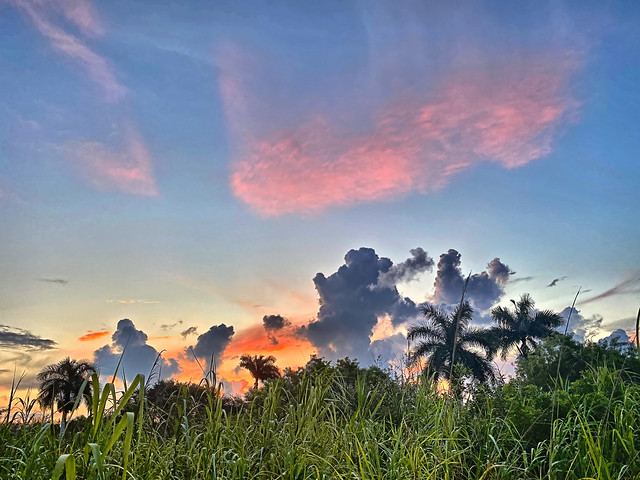 A record number of tropical storms have developed this year. Thankfully, south Florida has been spared a direct hit so far. Morning walks have been interrupted by "pop-up" showers associated with some of them.  Storms brewed rapidly before sunrise on October 3: 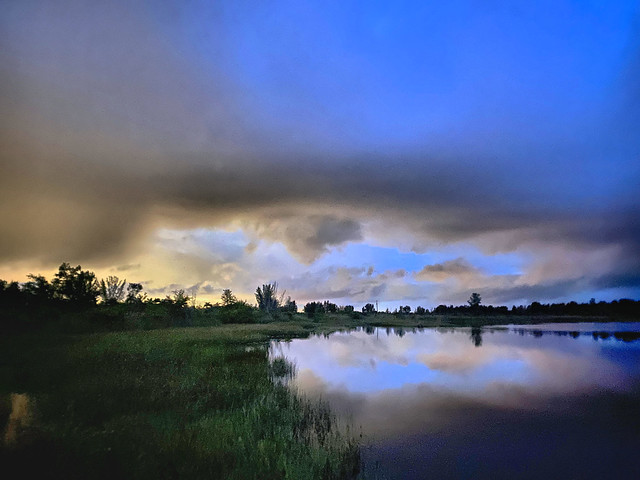 This was the scene to the south 25 minutes before sunrise on October 5. The clouds formed rapidly and I had to cut the walk short. 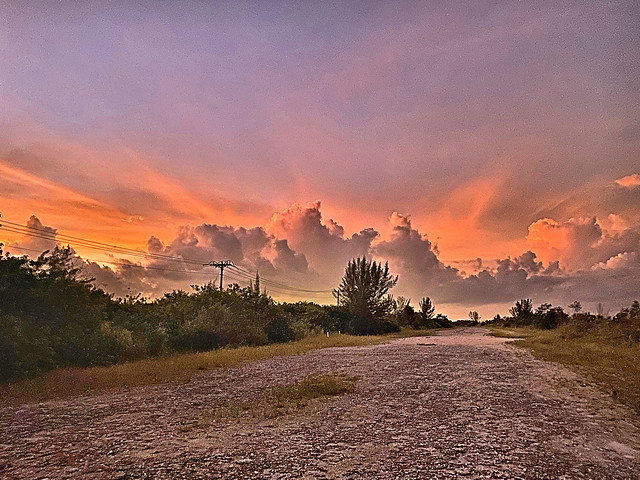 I got to the exit gate only minutes before the deluge: 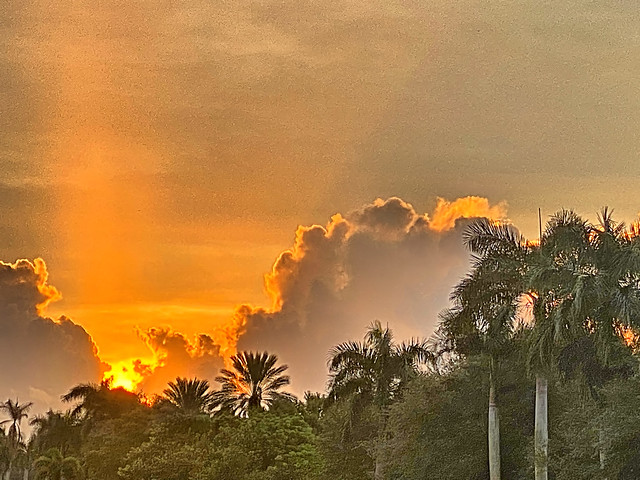 Posted by Kenneth Cole Schneider at 8:24 AM