Placid lake on a foggy morning

On a still and very humid morning, fog accumulated over the lake as predicted. It peaked just around sunrise, before lifting as the sun's rays penetrated and heated the surface of the water. 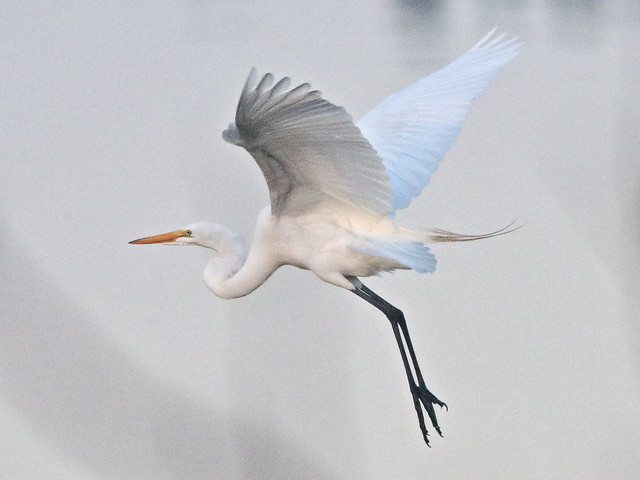 ...mirrored on the surface: 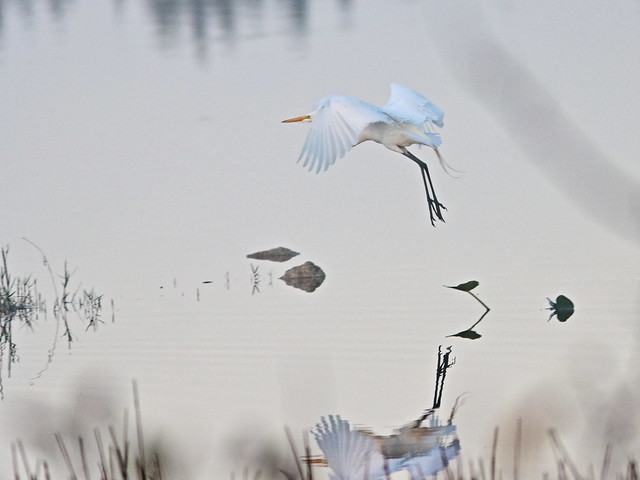 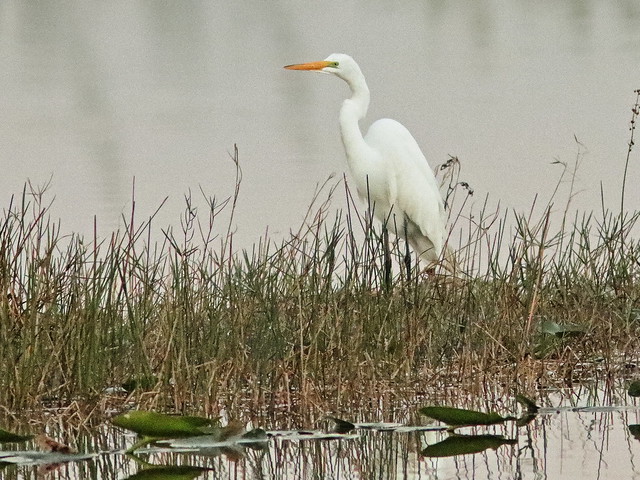 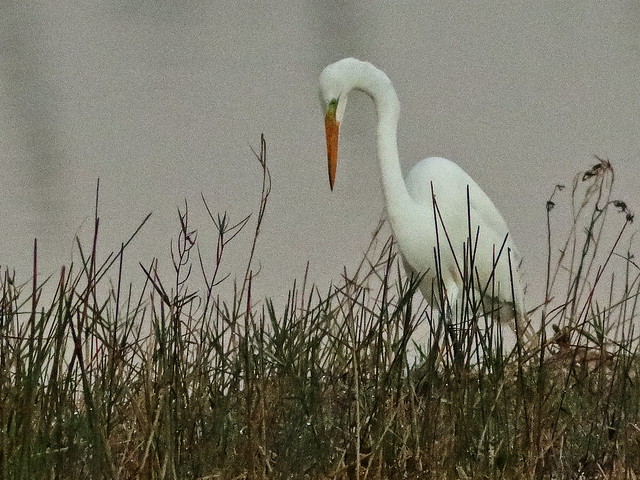 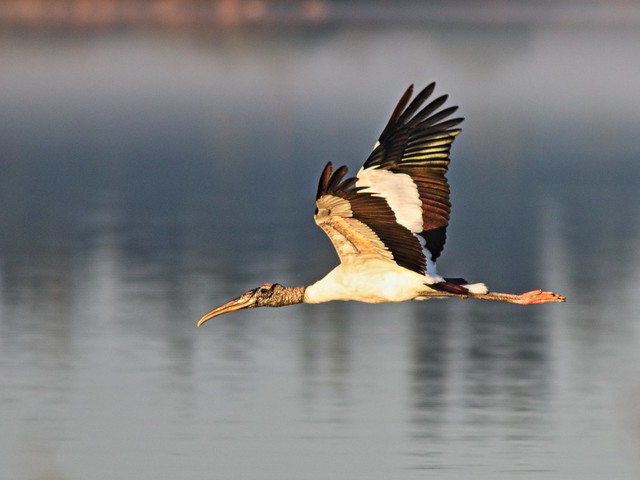 ...and joined the egret: 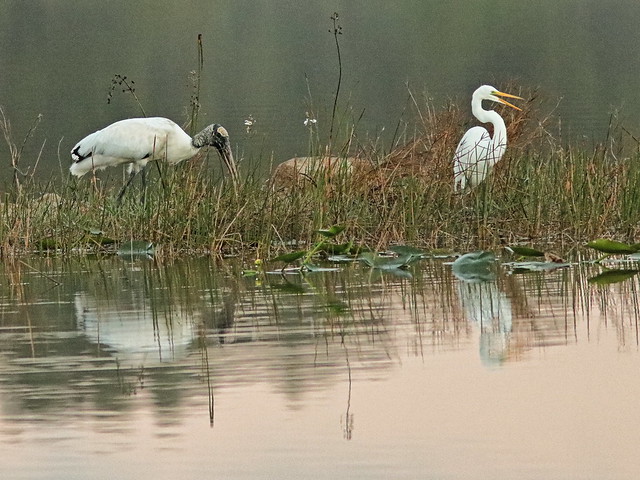 With bubble-gum pink feet, the stork stirs the water to frighten fish into its beak: 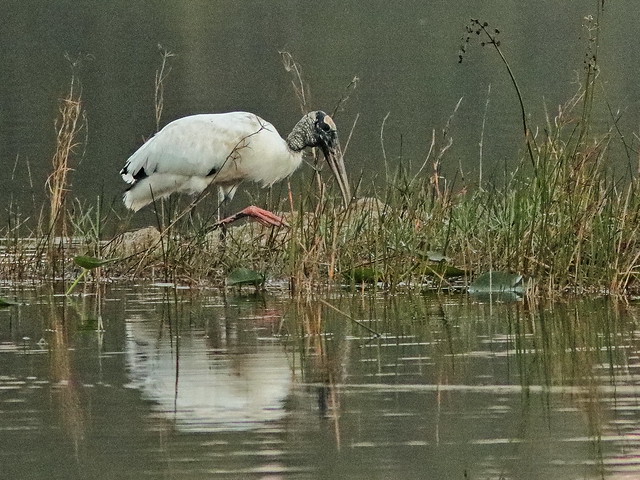 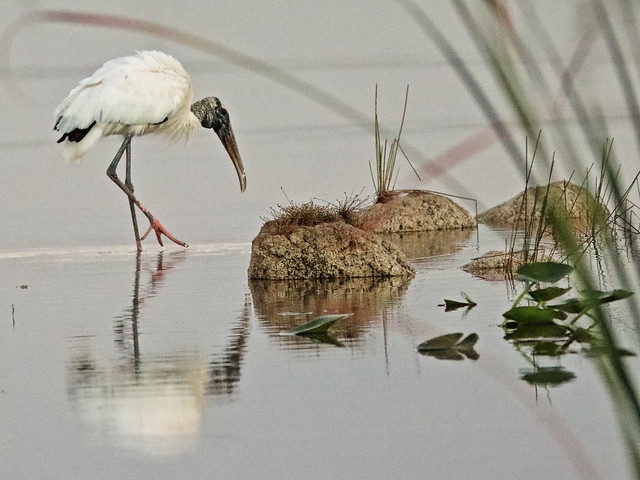 A Mottled Duck looked on... 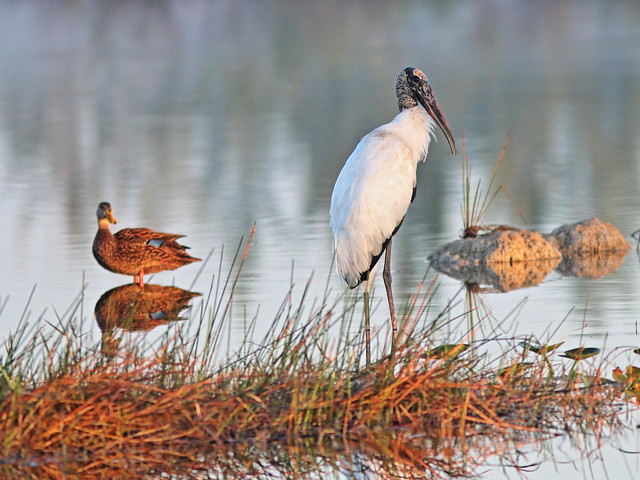 ...and provided my favorite shot of the morning: 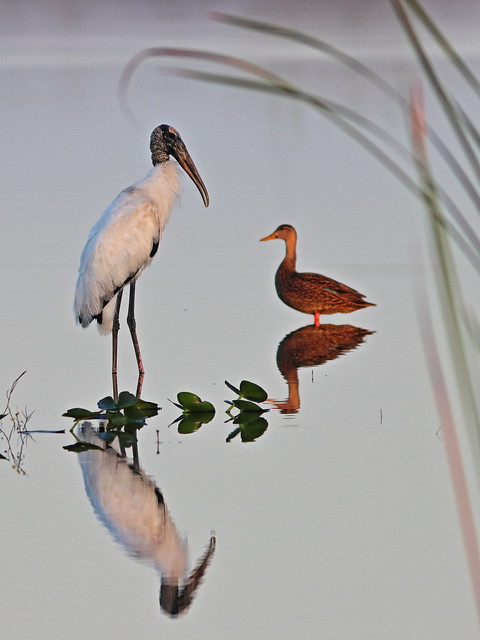 Another egret waded in the foggy wet prairie: 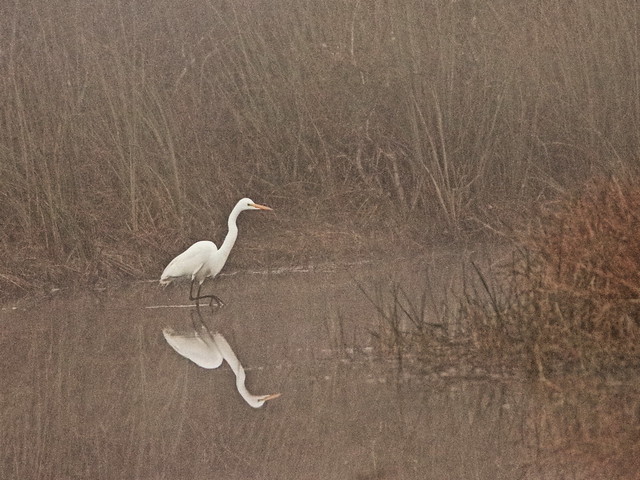 A female Belted Kingfisher perched at the edge of the prairie: 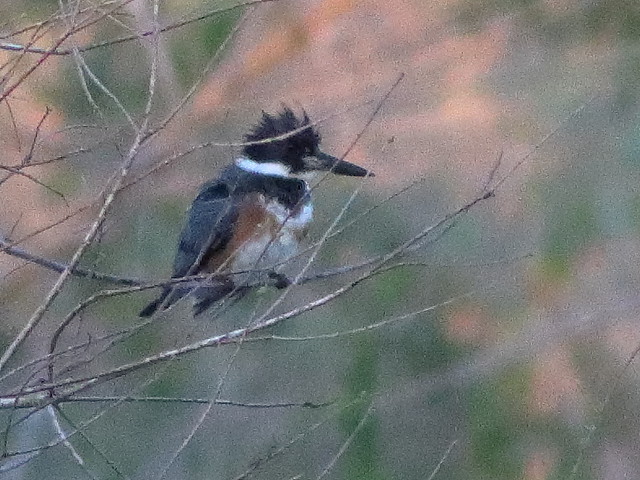 A pair of Pied-billed Grebes carved a wake on the lake's surface: 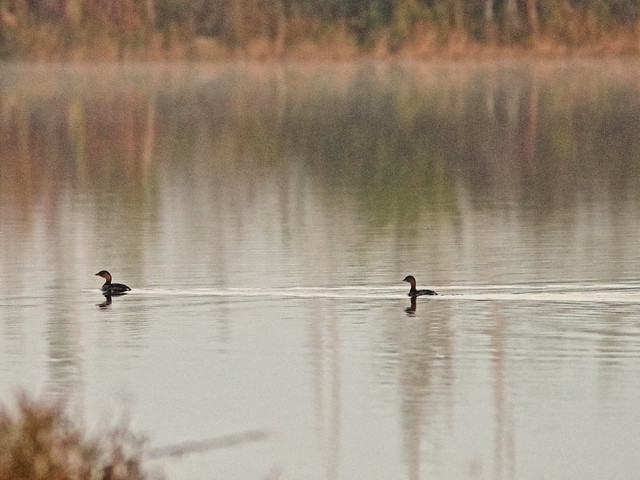 Before sunrise, the Wood Stork and Great Egret punctuated the landscape: 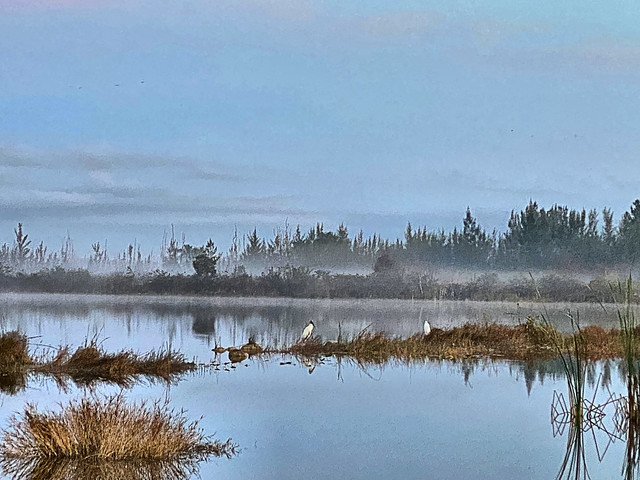 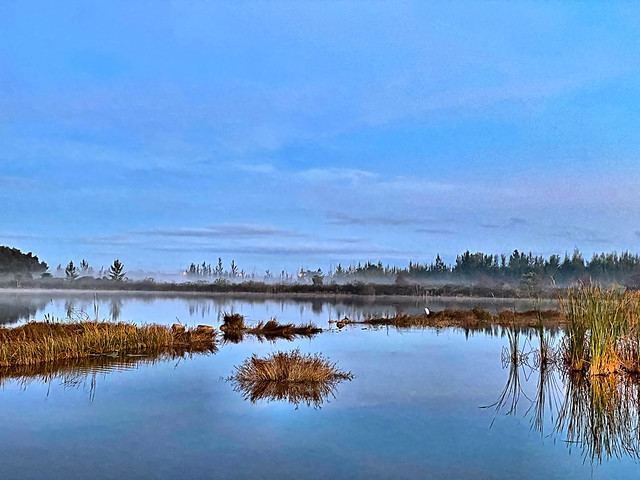 The Pine Bank was shrouded in fog as sunlight illuminated the foreground: 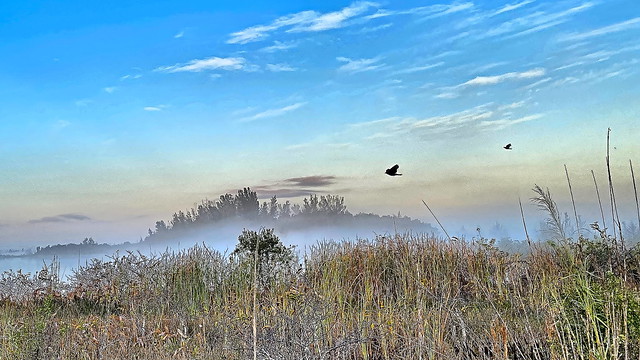 Moments later, rays of the sun reached the shore of the Pine Bank 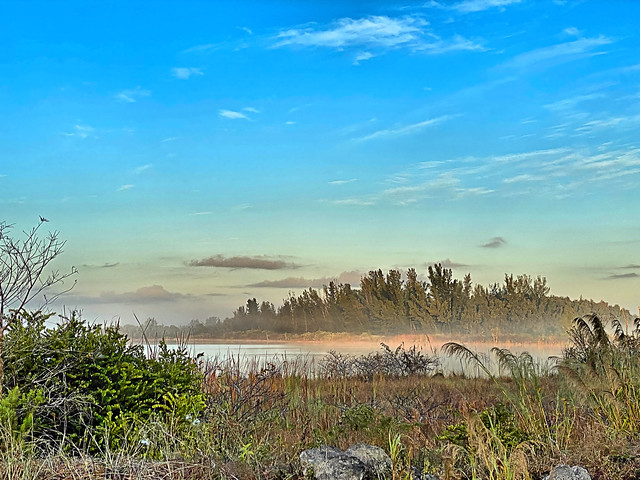 Over the wetlands along the canal, fog persisted after sunrise: 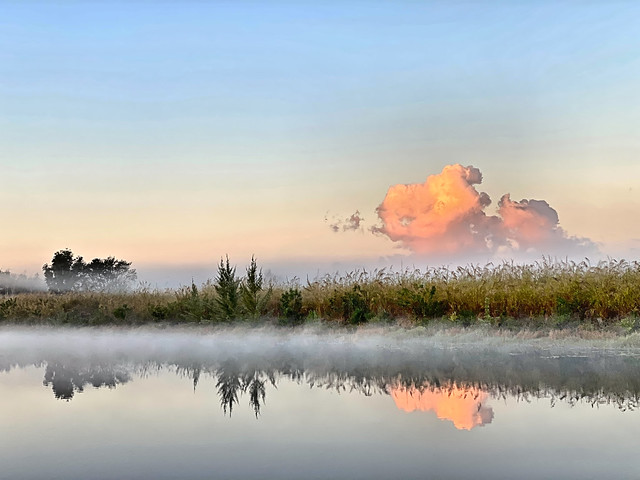 There was no fog to spoil our view of the sunrise from our back yard on February 16th: 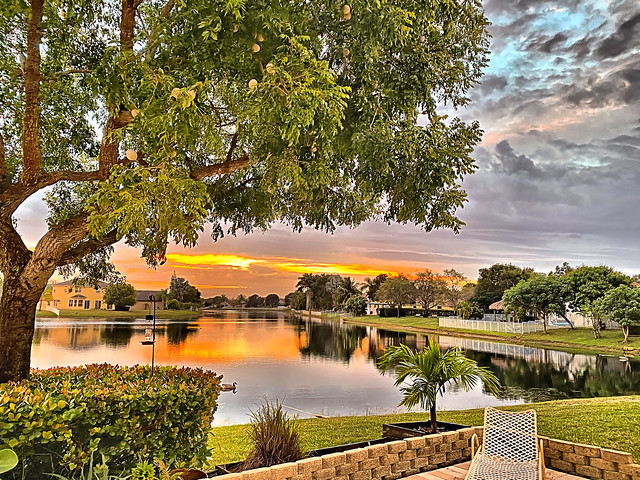 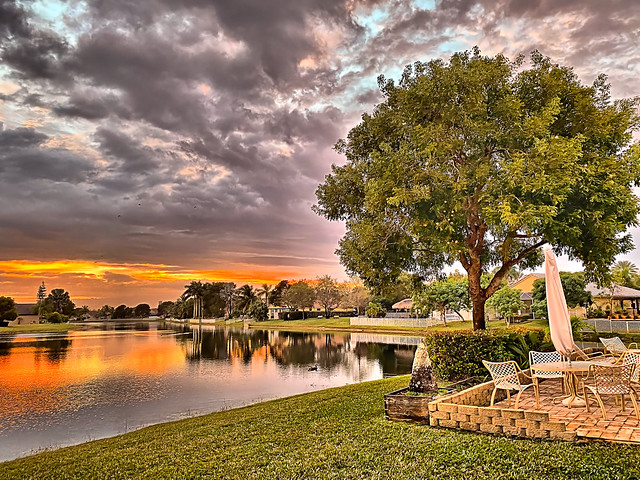