At nearby Chapel Trail Nature Preserve in Pembroke Pines, two purple relatives exist side by side. One is a newcomer, appearing first in the wild after escaping from a local private bird collection in 1996. The Gray-headed Swamphen (Porphyrio Poliocephalus) is related to the gallinules, coots and rails (Rallidae family). Native to the Middle East through India and southern Asia into northern Thailand, the species has adapted to Florida's wetland habitats and has spread widely in the State.

At first considered to be a threat to native birds, in 2006 it was subjected to an eradication campaign in which over 3,000 were gunned down by the Florida Fish and Wildlife Conservation Commission. This futile attempt to exterminate the species did not stop their expanding population.

The colorful Swamphen uses its prehensile toes to dig up the roots and emerging shoots of water plants such as this Spike-rush: 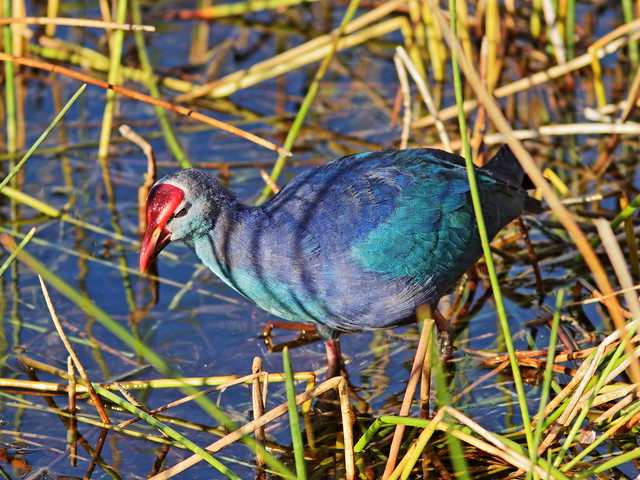 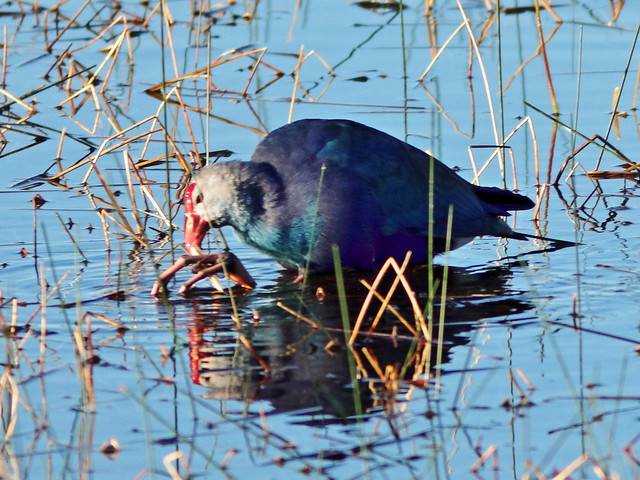 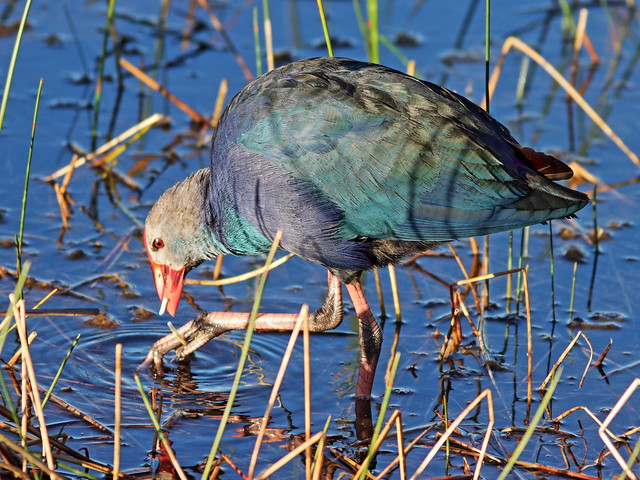 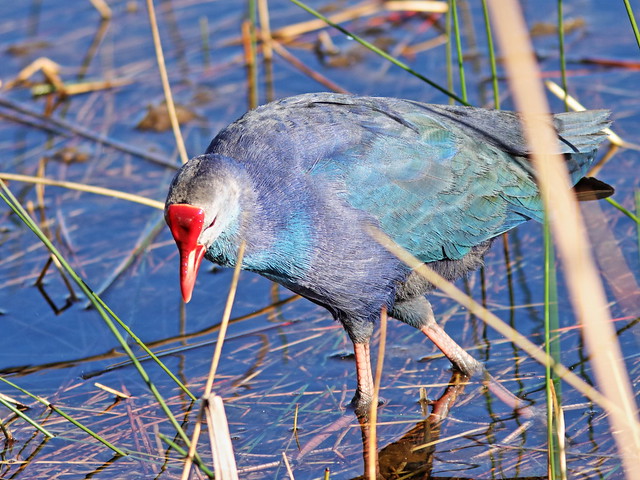 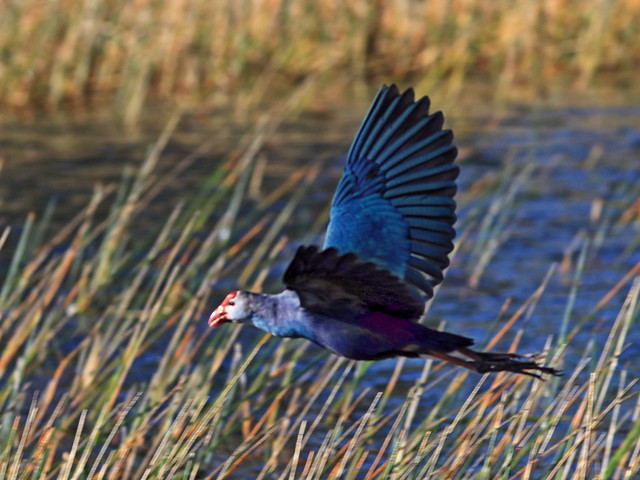 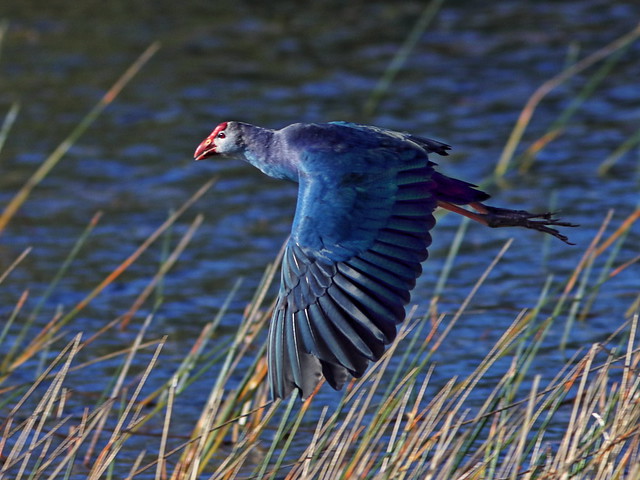 Gray-headed Swamphens were first considered to be a subspecies of the Purple Swamphen before being reclassified as a separate species. Large and muscular, they are often said to look like a "Purple Gallinule on steroids." .

A Purple Gallinule (Porphyrio martinica) was foraging for one of its favorite foods, the buds and seeds of Spatterdock (AKA Cow Lily or Yellow Pond Lily). Its long toes allow it to "walk on water" over the bed of lily pads: 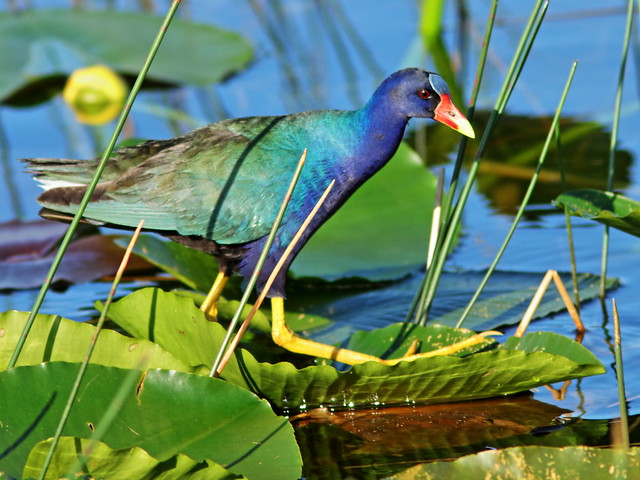 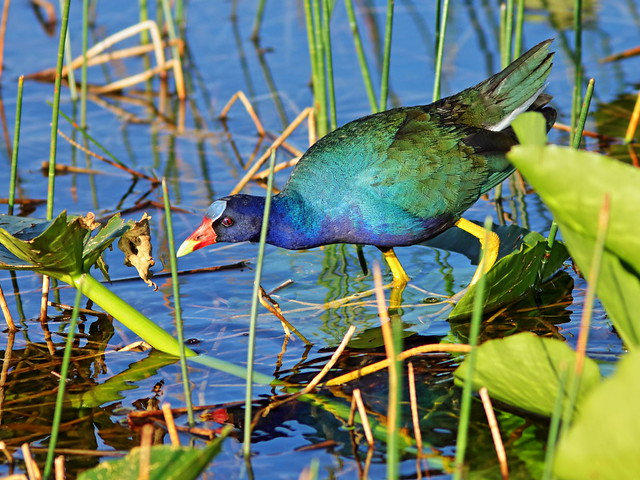 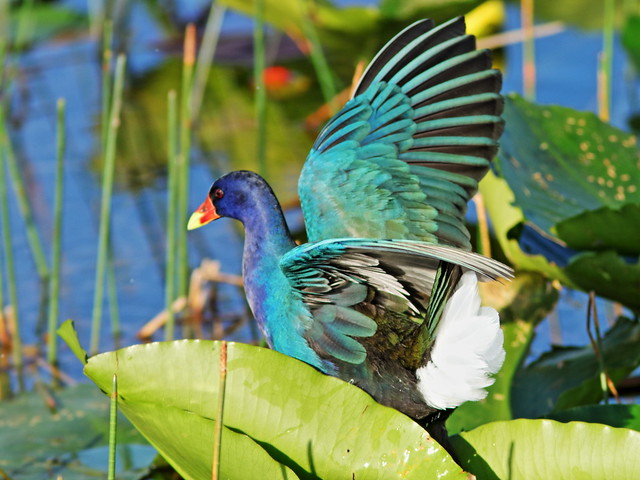 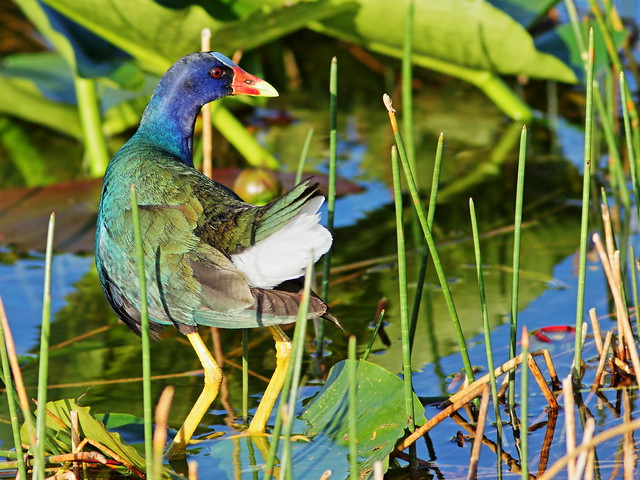 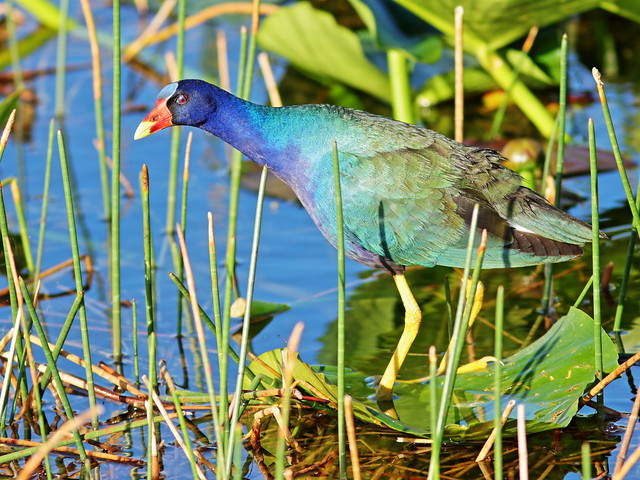 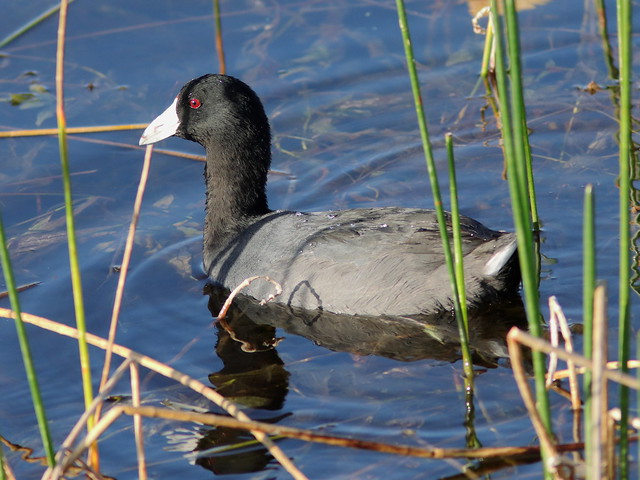 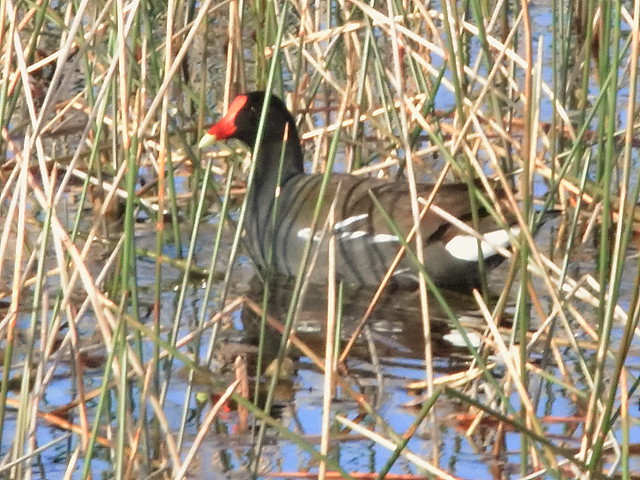 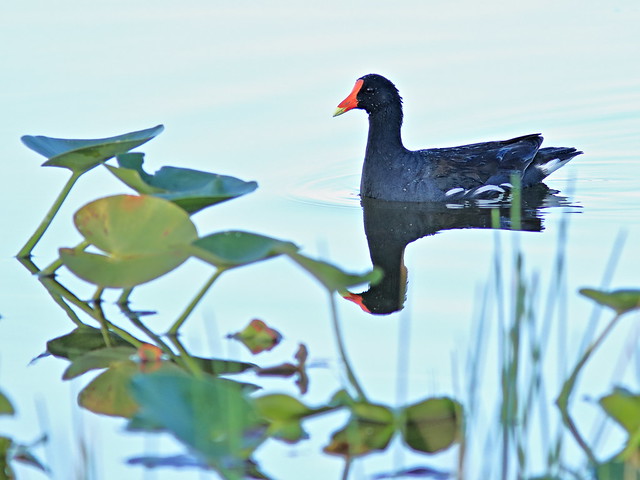 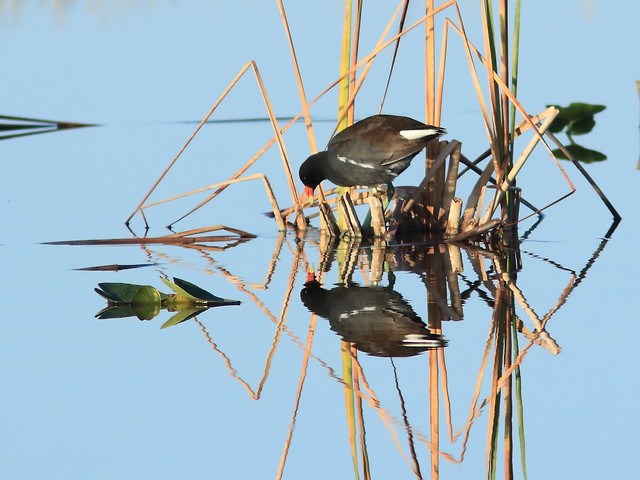 A male Anhinga was roosting on an island out in the wet praitie: 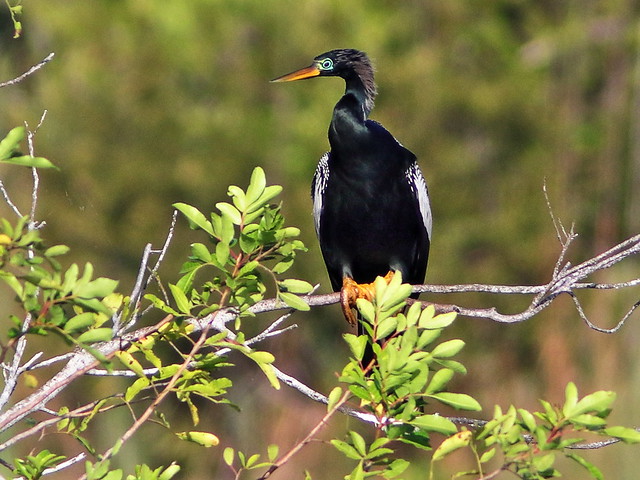 During breeding season the bare skin around the eyes of the male turns bright green. Lady Anhingas must find this irresistible: 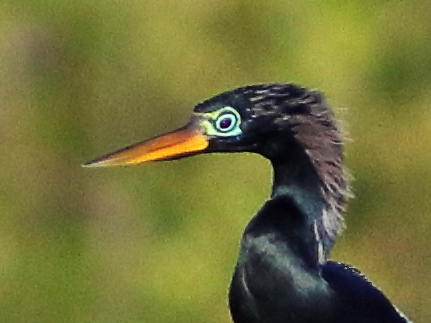 On the adjacent pasture, a Cattle Egret is chummy with a Longhorn calf: 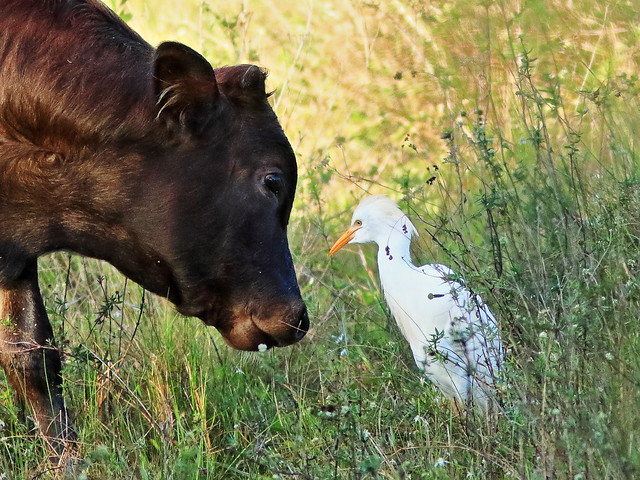 The boardwalk at Chapel Trail preserve: 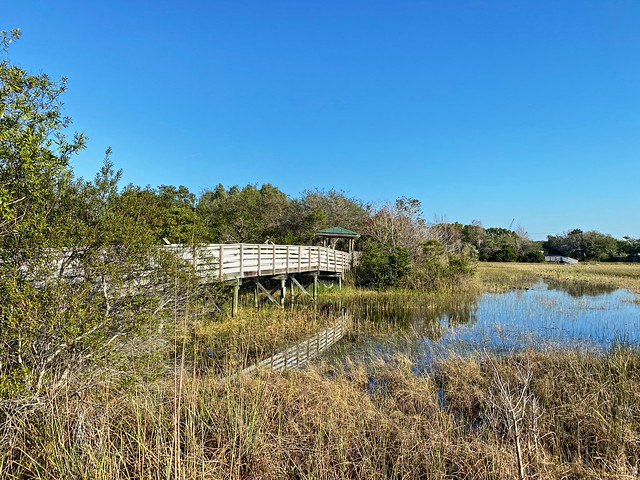 Sunrise at our corner on February 23: 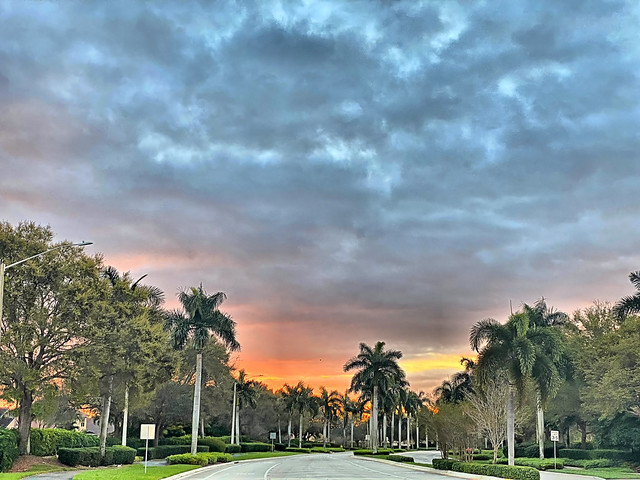