I combed the photo archives taken three years back and searched for images which reflected favorite memes: critters of all kinds (especially birds), skies and clouds, reflections, flowers and fences, as well as scenes which speak for themselves. We spent the entire month of February, 2018 at our home in Florida and processed 409  images.

On February 1, as we entered the Wounded Wetlands we encountered a confrontation between a Northern Mockingbird and an American Kestrel which had stolen its perch. The mockingbird actually succeeded in chasing off the kestrel: 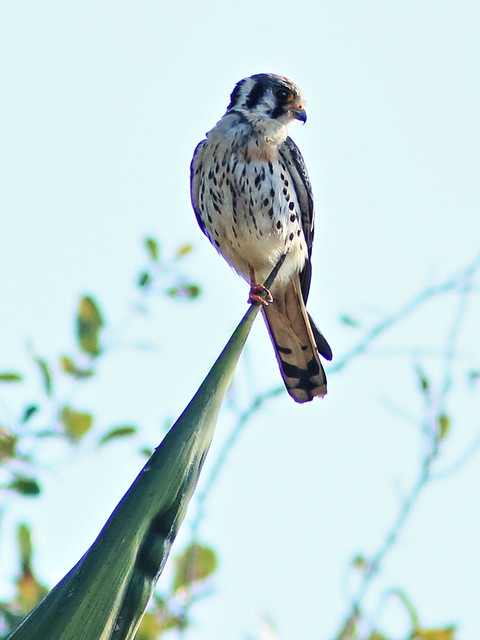 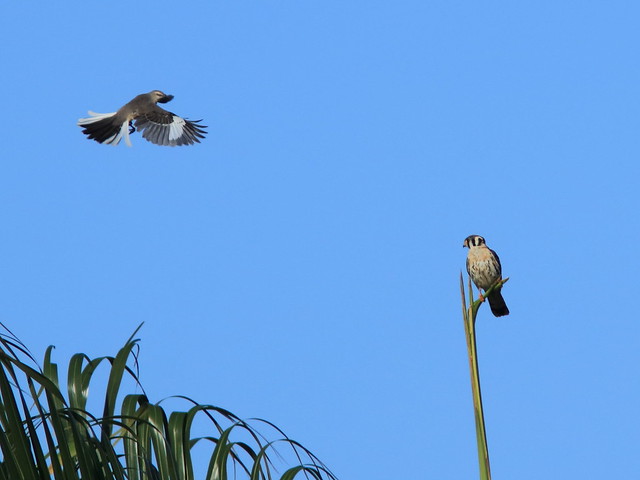 The kestrel retreated to a cluster of Royal Palm fruits: 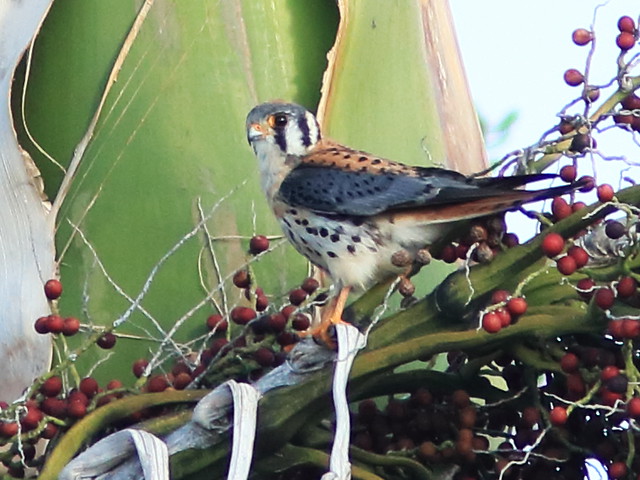 In the rookery, badly damaged by Hurricane Irma, a single Yellow-crowned Night-Heron roosted on one leg: 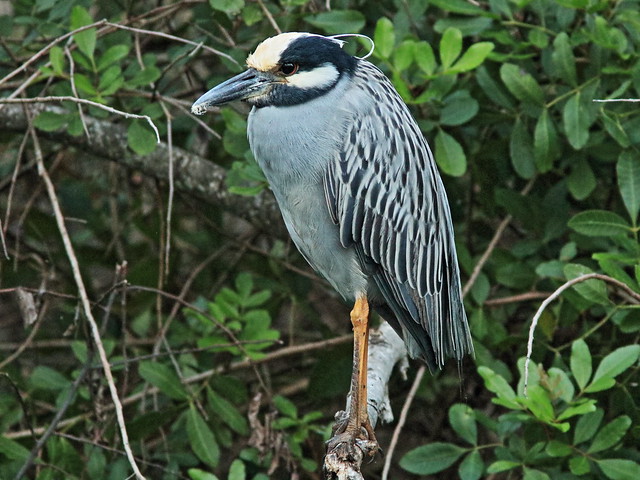 Nearby, a Green Heron: 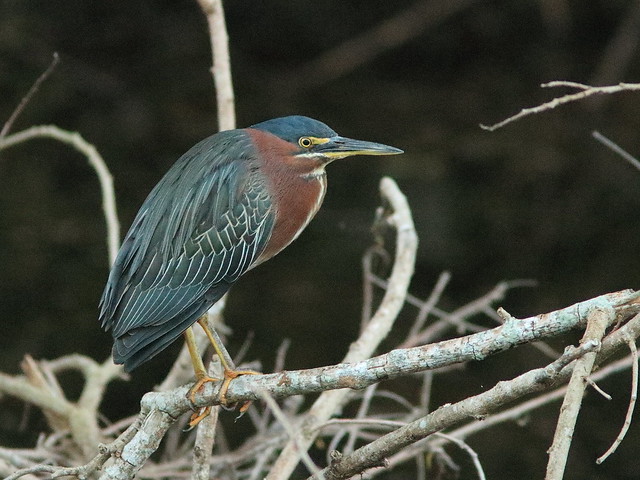 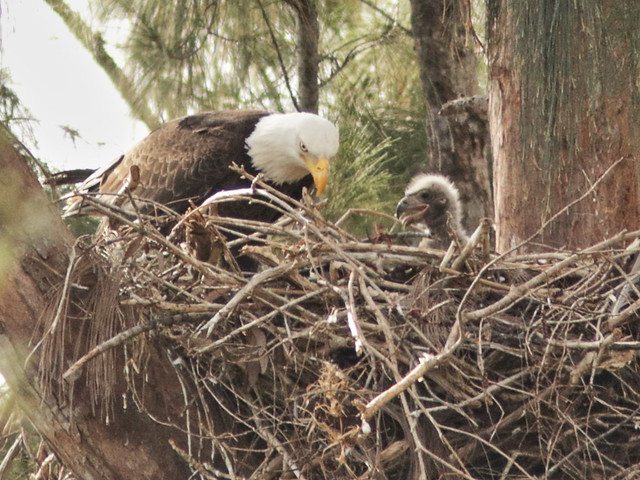 With three birders from New Jersey whom I got to know on the Internet, I visited Shark Valley in Everglades National Park. A Black-crowned Night-Heron posed nicely: 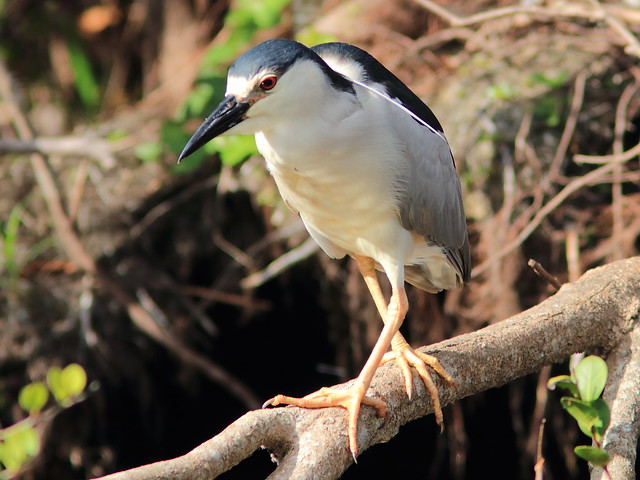 The park was rich in bird life. From the trail along the canal we watched waterbirds preying on the plentiful fish:

This female Anhinga speared an exotic catfish and swallowed it whole: 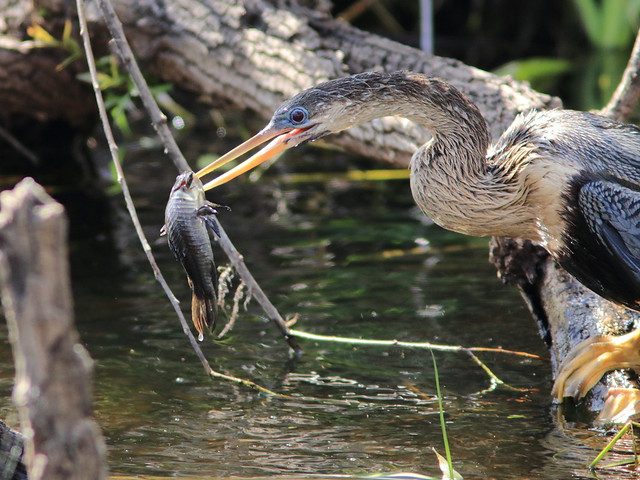 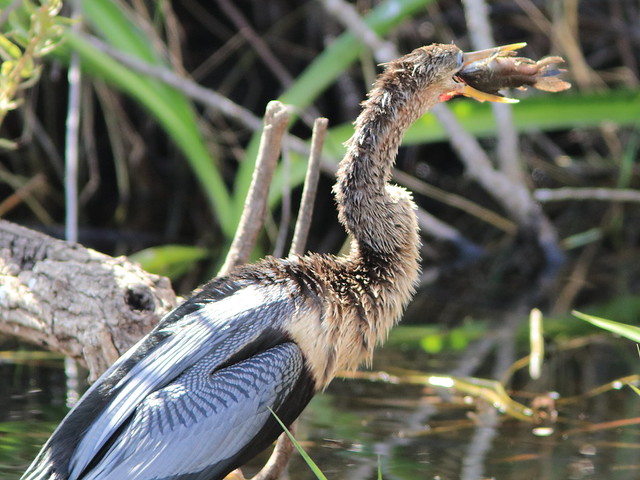 A Great Blue Heron caught and ate a Walking Catfish: 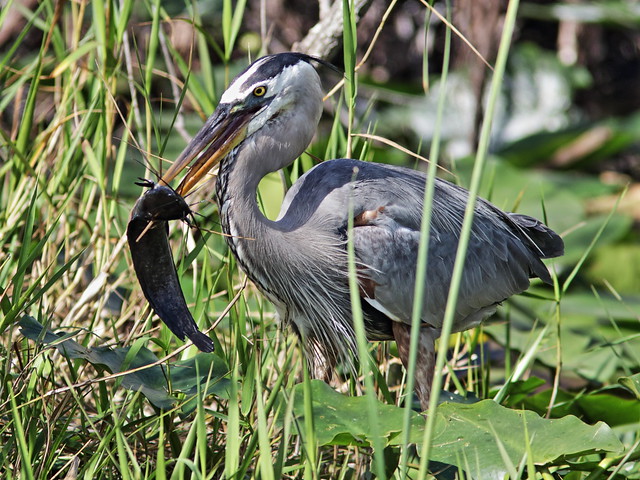 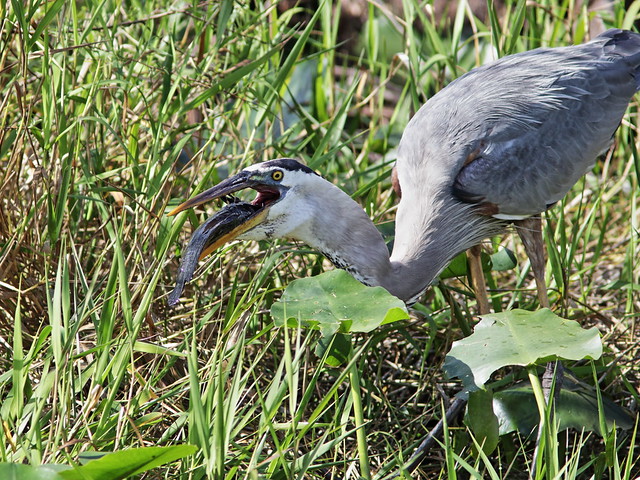 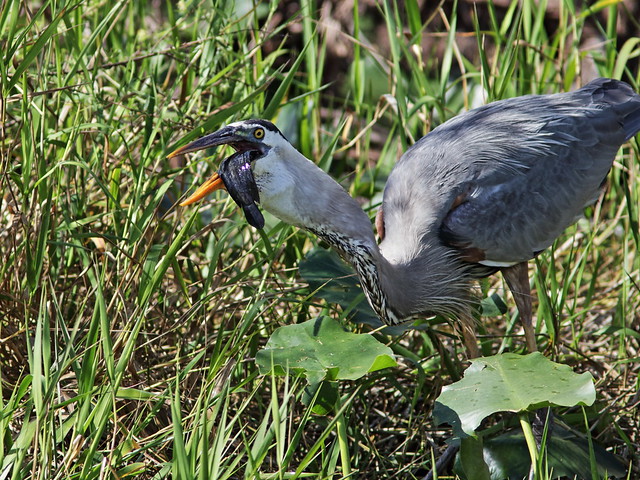 An American Alligator basked along the canal: 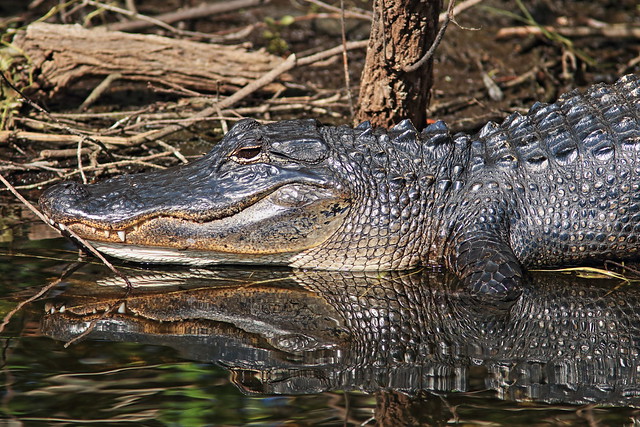 Out on our Wounded Woodlands, a Bobcat watched an unaware young lady on a bicycle, followed by her dog: 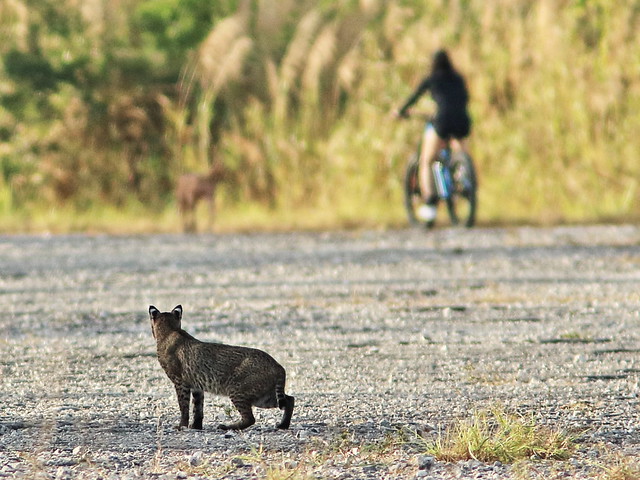 She stopped to use her cell phone, but the Bobcat was now more interested in what I was doing: 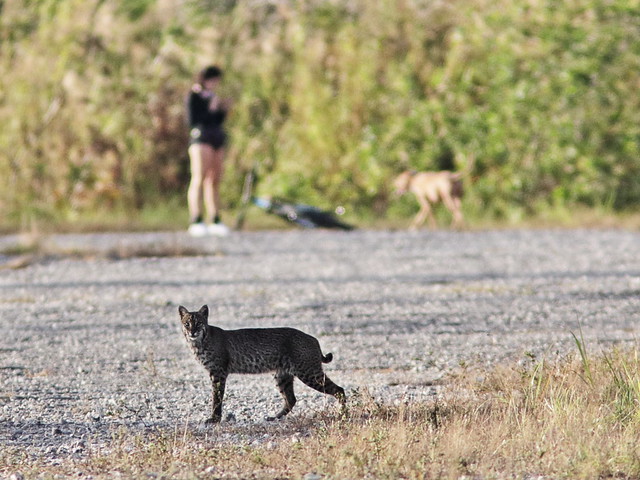 A Red-shouldered Hawk balanced in the wind: 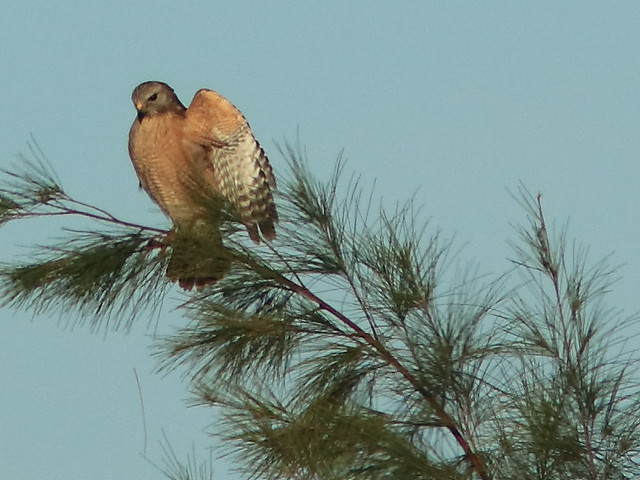 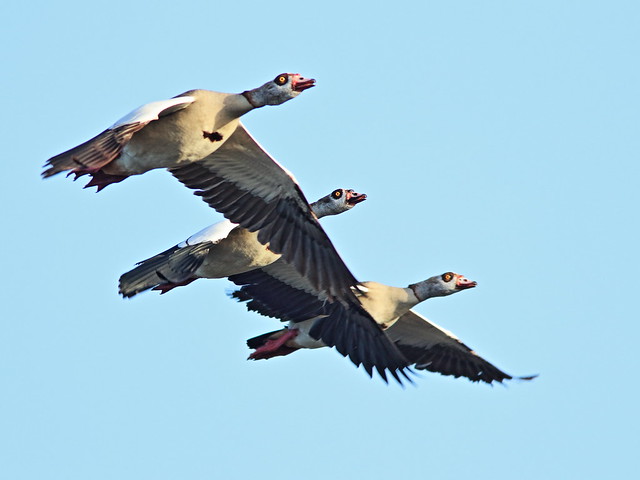 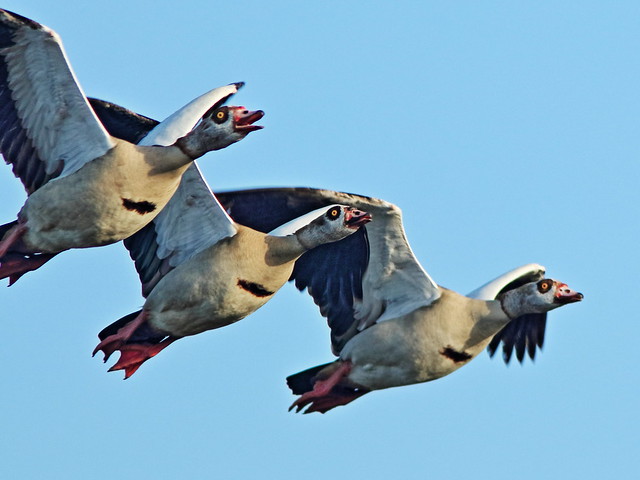 Two Egyptian Geese near the barrier rail fence along the Road to Nowhere: 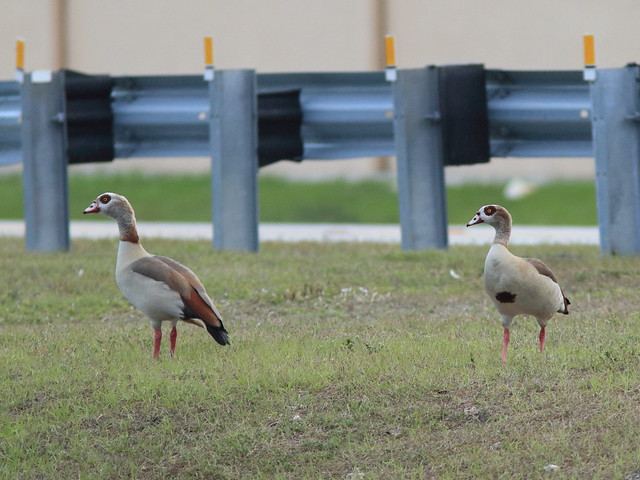 A pair of Mottled Ducks reflected on the calm surface of the lake: 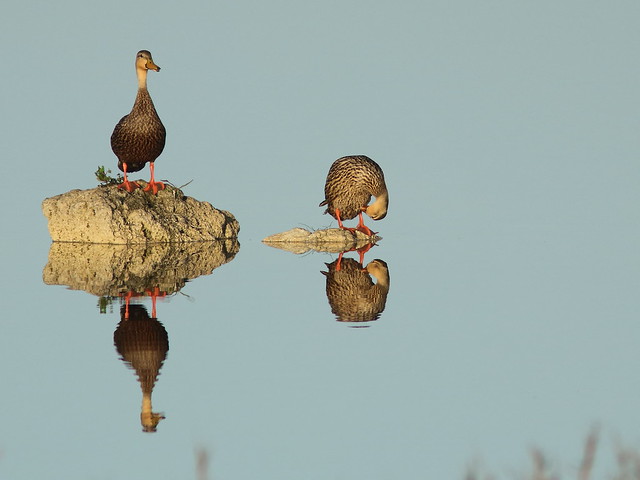 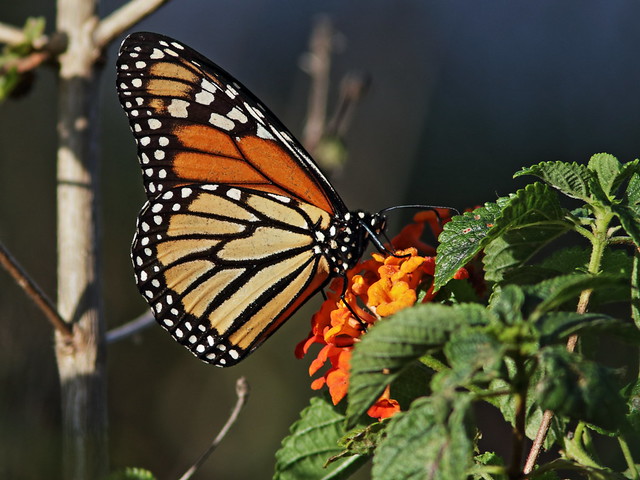 A boy and his dog in a kayak on a fog-shrouded morning: 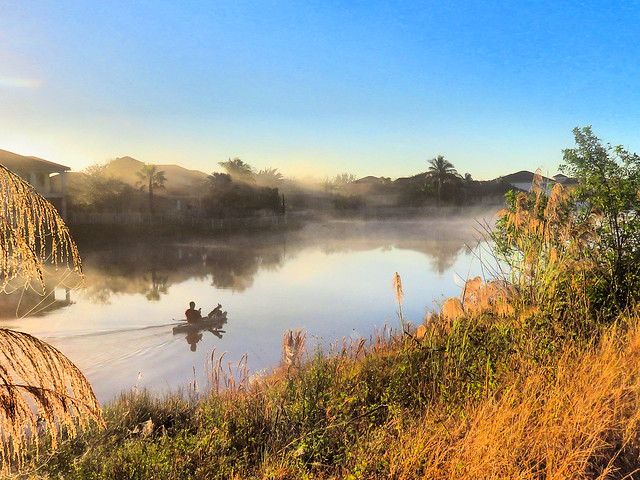 Just after sunrise on February 12: 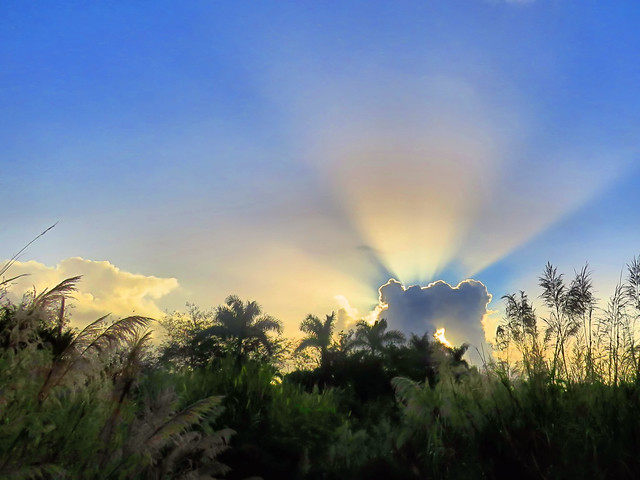 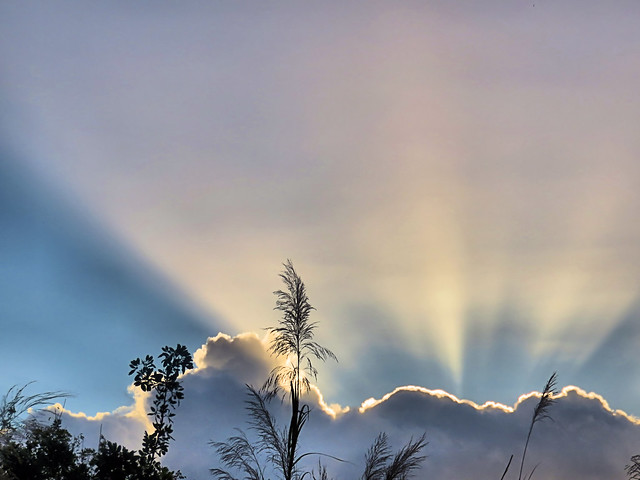 Posted by Kenneth Cole Schneider at 4:56 AM