Although rather common in the local open marshes and along our back yard lake, the Tricolored Herons in our neighborhood are quite timid and often do not permit a close approach. This week in the Wounded Wetlands as I stood on the peninsula in the lake, watching the sunrise and listening for owls and Chuck-wills-widows, two Tricolored Herons flew by. One appeared to be chasing the other, perhaps competing over feeding territories.

The "chaser" suddenly abandoned pursuit and settled down quite nearby on the exposed rocks of an extinct levee: 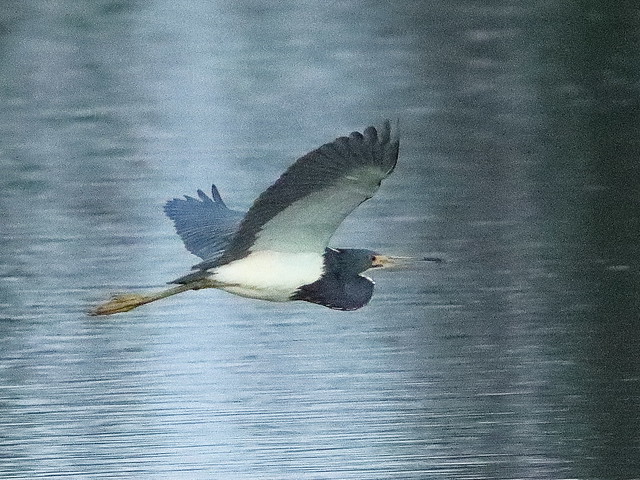 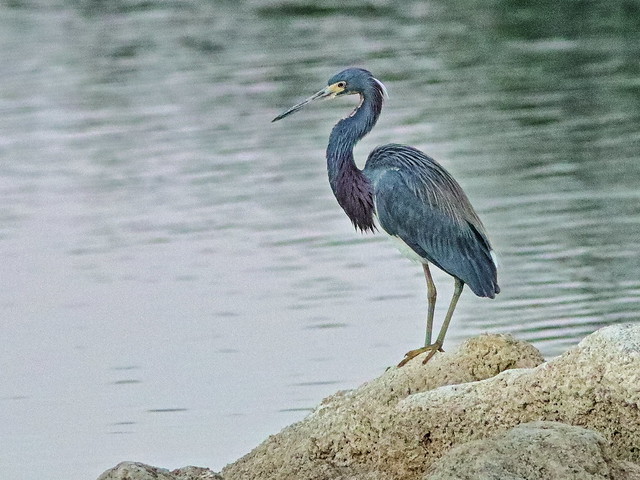 The sky was overcast and it was only 20 minutes after sunrise, so my photos were not very sharp. However, it was the heron's foraging behavior which commanded my attention. Not sure whether it was more interested in eating bugs or lizards or fish, it darted about haphazardly: 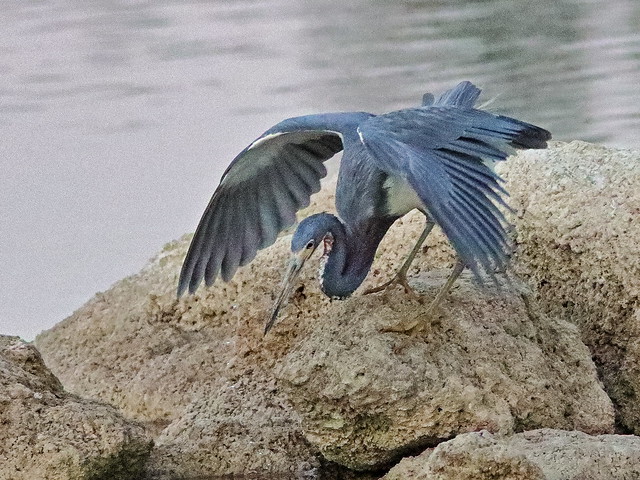 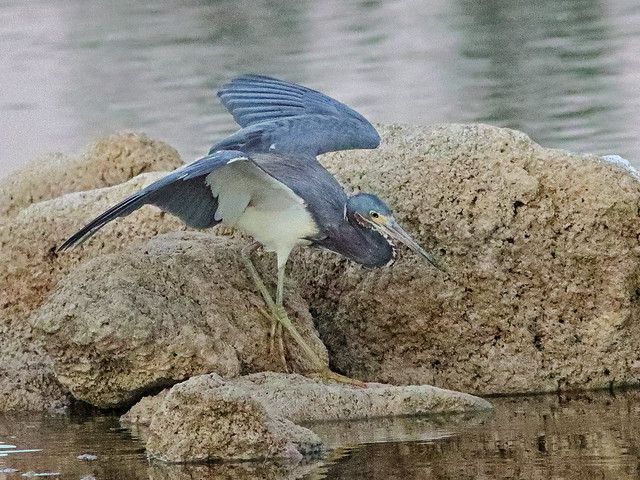 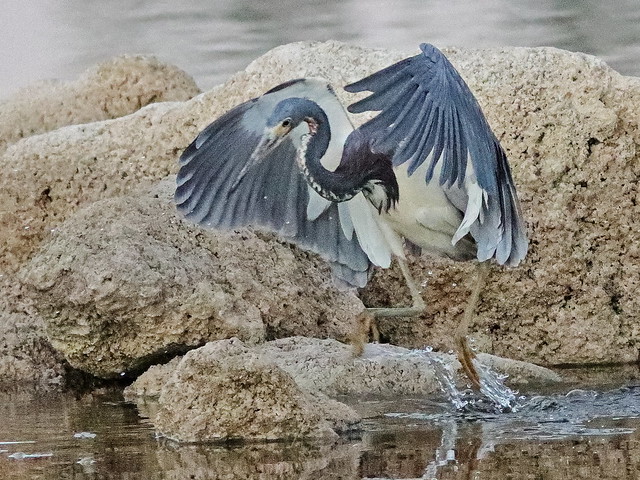 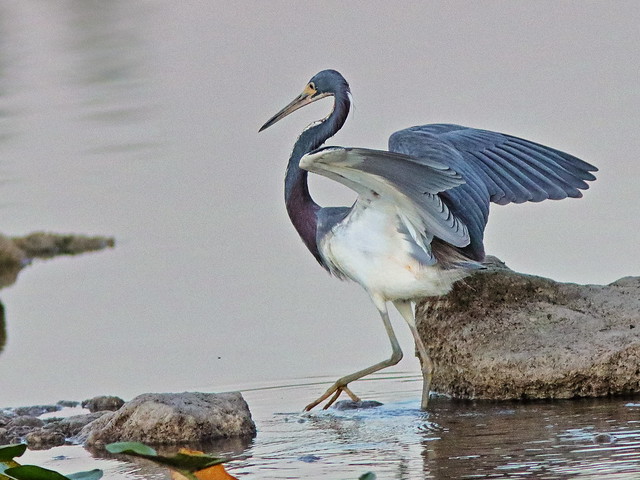 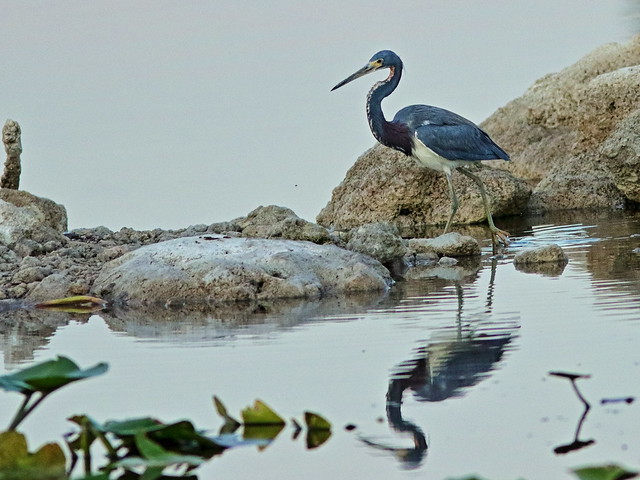 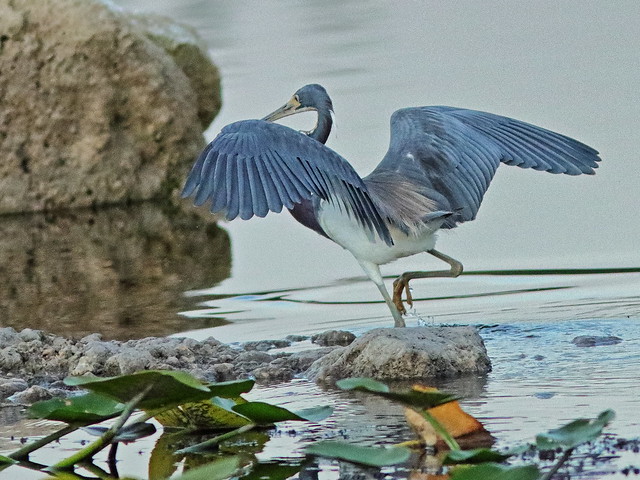 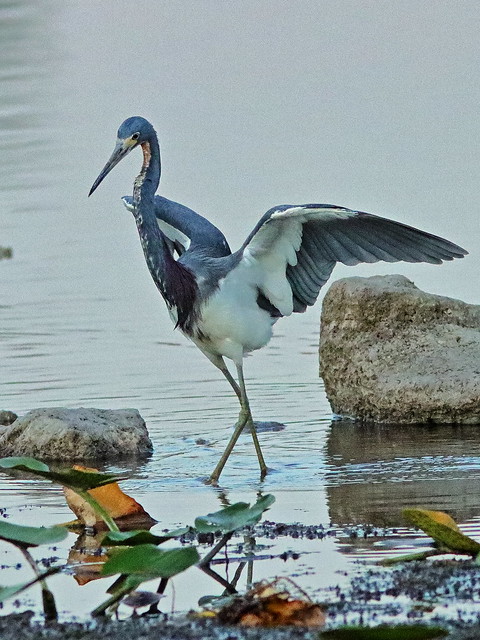 (I could go on and on, but your eyes are probably glazing over.)

John James Audubon's stylized depiction of this species, then called "Louisiana Heron," is acclaimed as art but does not do justice to the living bird. Audubon collected (shot) his subjects and draped their bodies on a framework of wires, reconstructing  postures to make them appear alive, but also fit the confines of the folio on which he painted them. 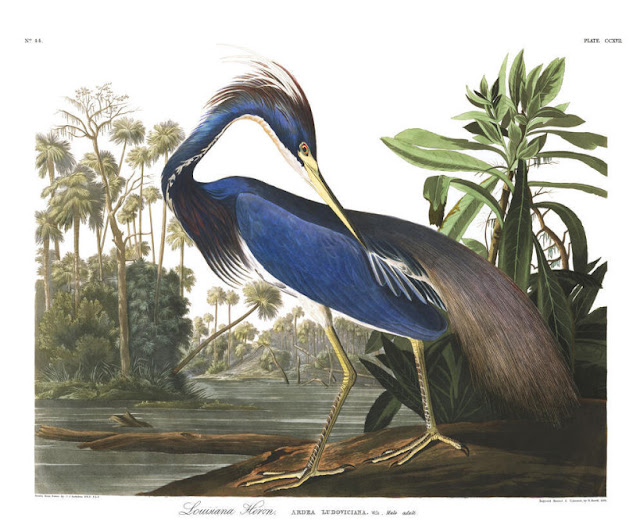 © Courtesy of the John James Audubon Center at Mill Grove, Montgomery County Audubon Collection, and Zebra Publishing, reproduced for personal and noncommercial use only.  https://www.audubon.org/birds-of-america/louisiana-heron

Grossly exaggerated plumes suggest that Audubon's bird was in breeding plumage, but at which time its bill would be blue rather than yellow as depicted in the painting. Here is my photo of a Tricolored Heron in breeding plumage in March, 2019: 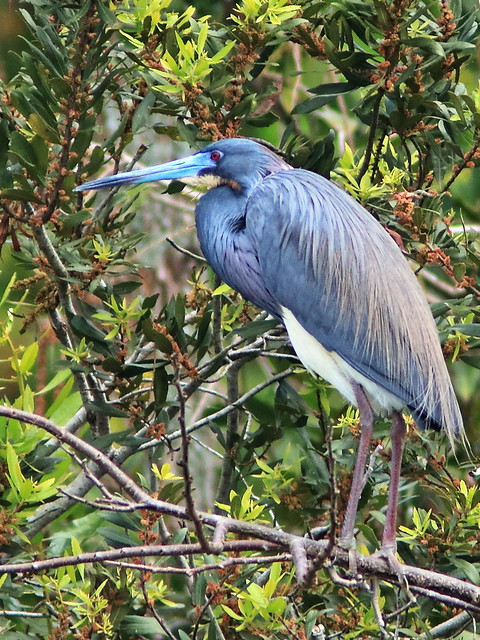 The Tricolored Heron has an imposing presence, but when seen with other herons it is actually quite small. Here is one next to an immature Reddish Egret which visited us back in 2011: 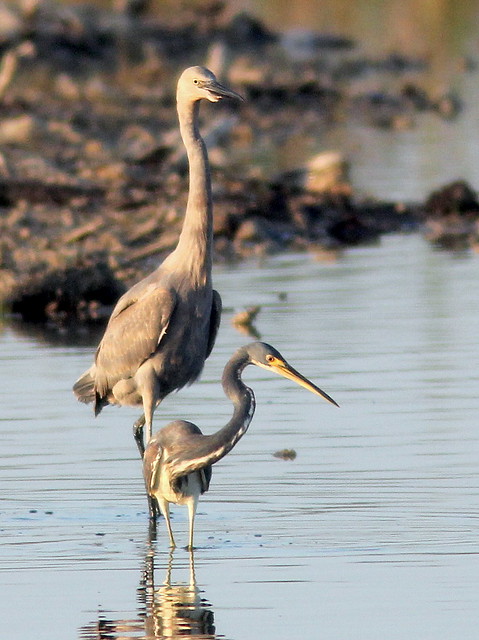 The Tricolored Heron seemed to be imitating the Reddish Egret's erratic foraging style: 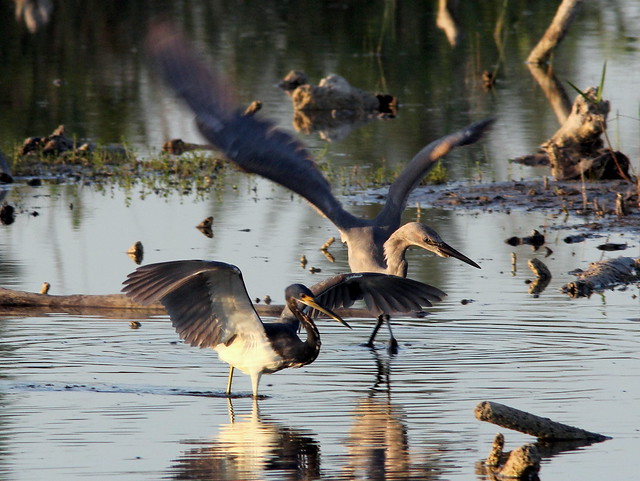 This Tricolored Heron was following a Wood Stork in our back yard lake in June, 2019: 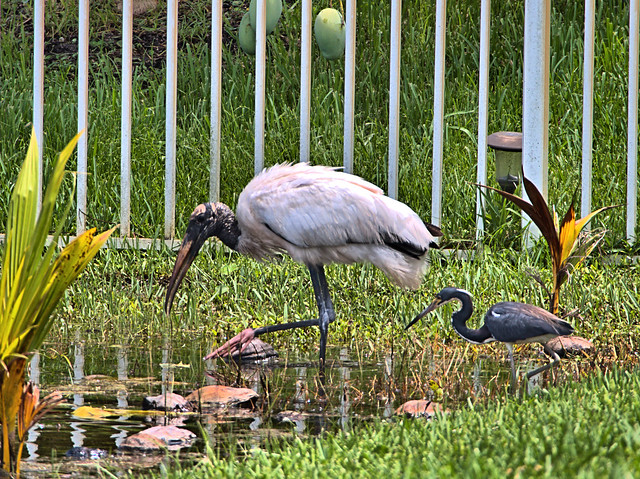 This immature Tricolored Heron plumage displays "three colors" more prominently than does that of the adult (June, 2018): 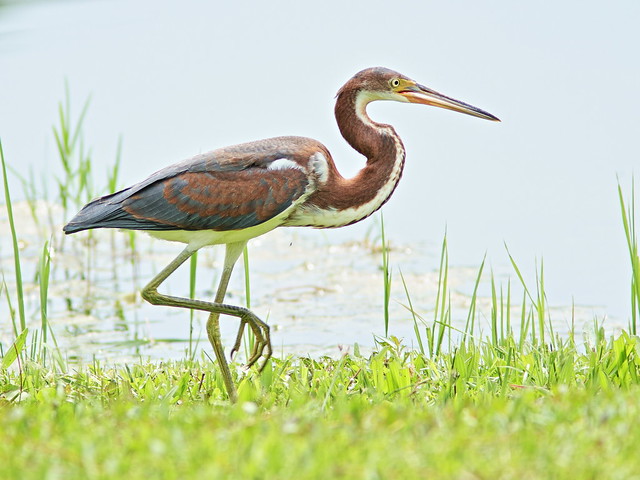 We are now transitioning to the wet season. Storm clouds were gathering up ahead on June 6 as we headed home from the Wounded Wetlands: 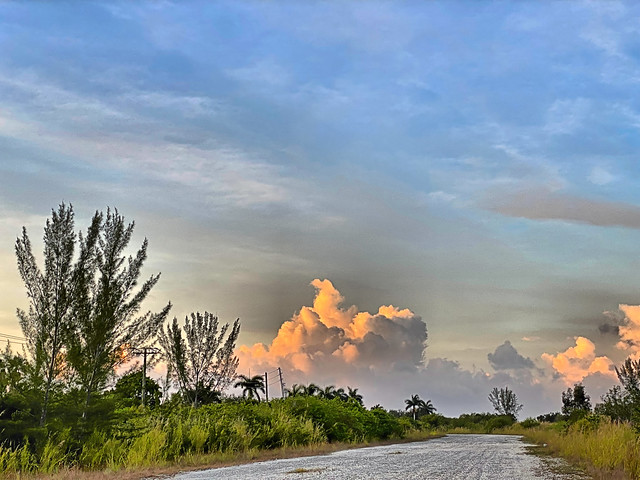 Fences Around the World
Nature Thursday