To kick off the month of June, I have once again turned to my photo archives, bringing back memories of three years ago, searching for favorite memes: birds and butterflies, flowers, reflections, colorful skies and scenes which speak for themselves.

We spent June, 2018 entirely in Florida. Early in the month, our Texas family visited and we drove to Shark Valley Visitor Center in Everglades National Park.

The range of Limpkins is nearly confined to Florida, so they are much sought after by visiting birders. Although they look somewhat like herons, they are more closely related to rails and cranes. Limpkins were abundant, as were Apple Snails, their favorite food: 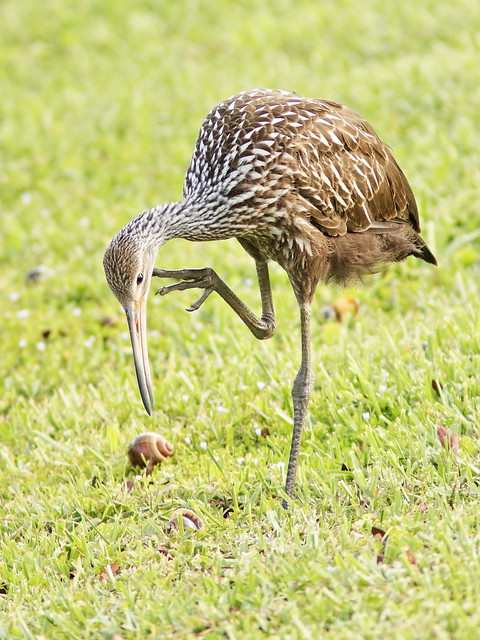 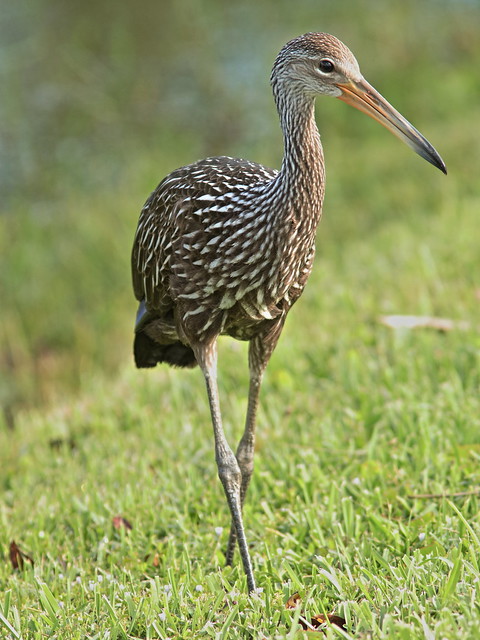 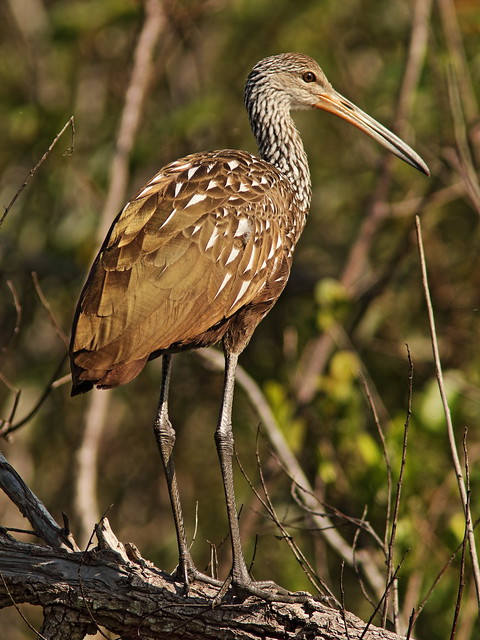 "The Limpkin's bill is uniquely adapted to foraging on apple snails. The closed bill has a gap just before the tip that makes the bill act like tweezers. The tip itself is often curved slightly to the right so it can be slipped into the right-handed curve of the snail’s shell." (All About Birds, The Cornell Lab) 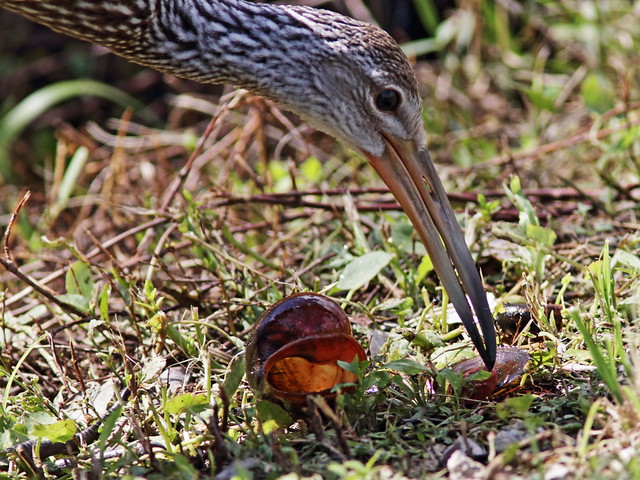 Next to the parking lot at the entrance to the Visitor Center, an immature Red-shouldered Hawk cried out incessantly: 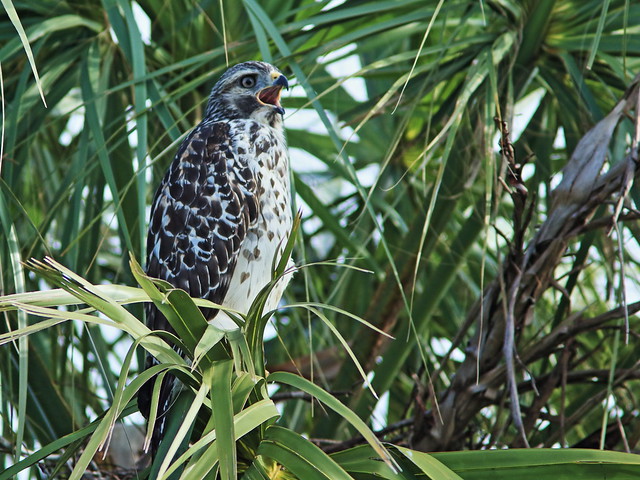 Alligators inhabited the canals, thrilling the many tourists: 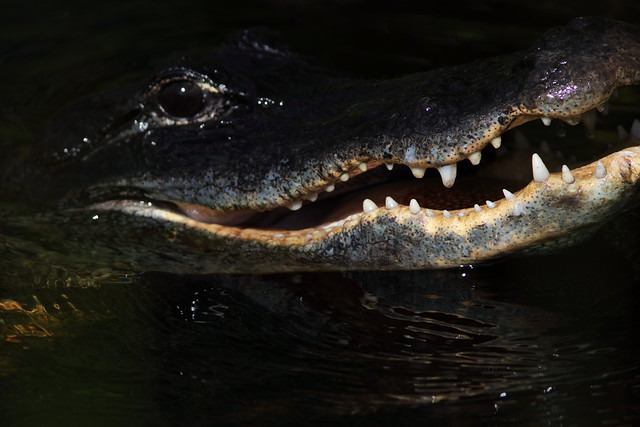 At the local Bald Eagle nest, only one of the two eaglets survived to fledge. P Piney 19 was 5 months old, ready to leave the care of parents and likely migrate to the north where fish are easier to catch as the water is cooler and they are closer to the surface. 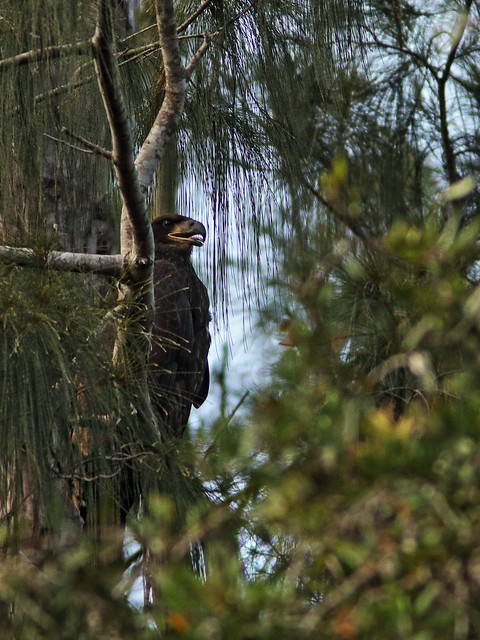 Out in the neighborhood wetlands, male Common Nighthawks patrolled nesting territories along the path. I accidentally captured the waning Strawberry Moon in this photo: 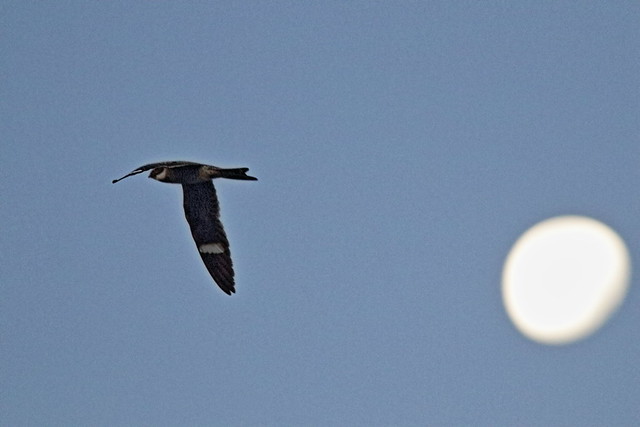 Killdeers also protested as we walked past their nests: 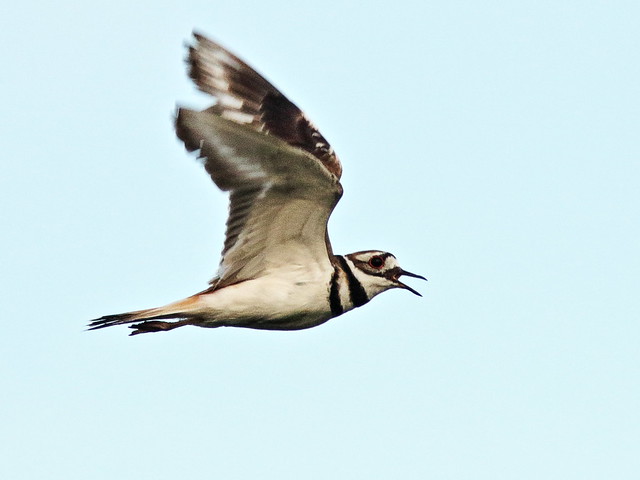 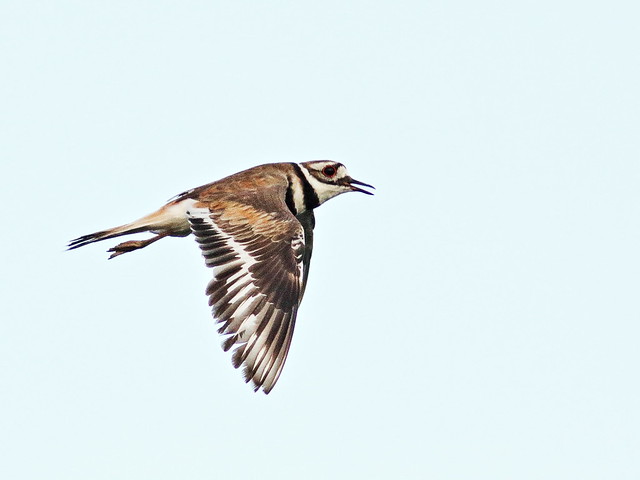 A Raccoon walked out into the open and looked at me before fleeing: 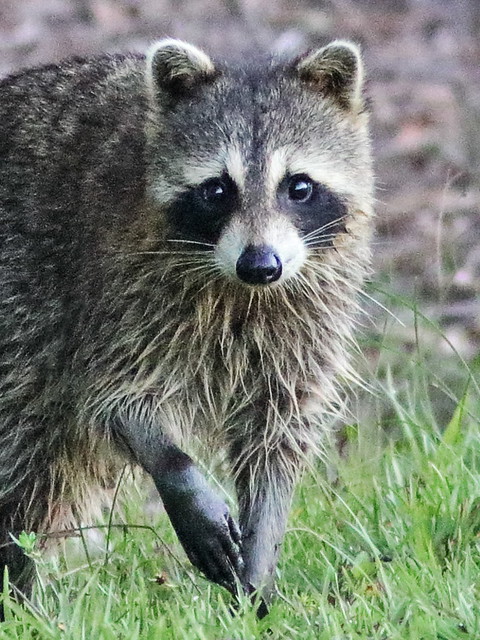 In the marsh, Pickerelweed thrust up their blue flowers... 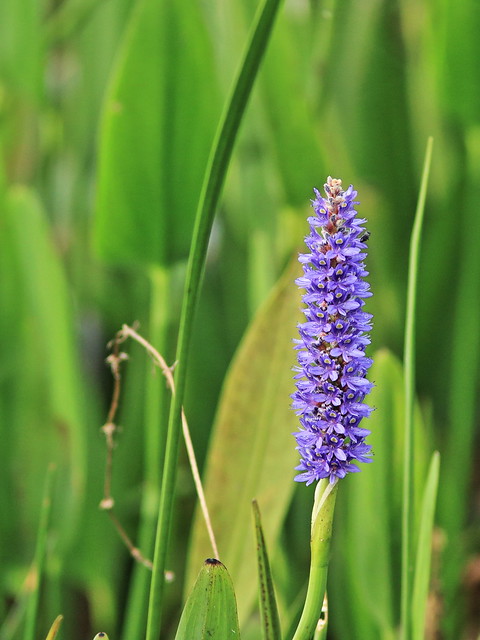 ...intermingling with the white blooms of Broadleaf Arrowhead (aka "Duck Potato" for its edible root tubers)... 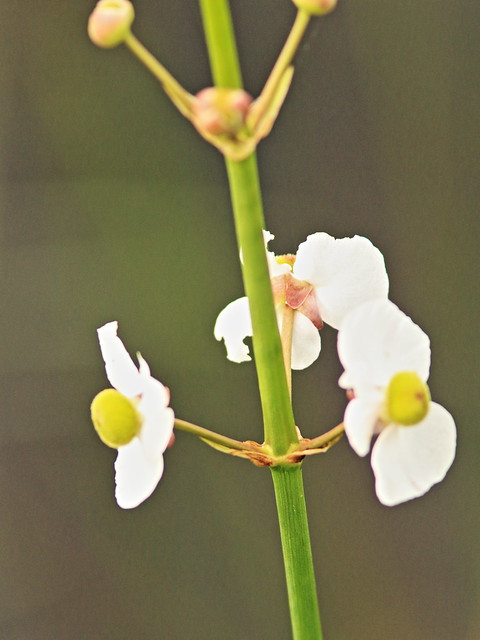 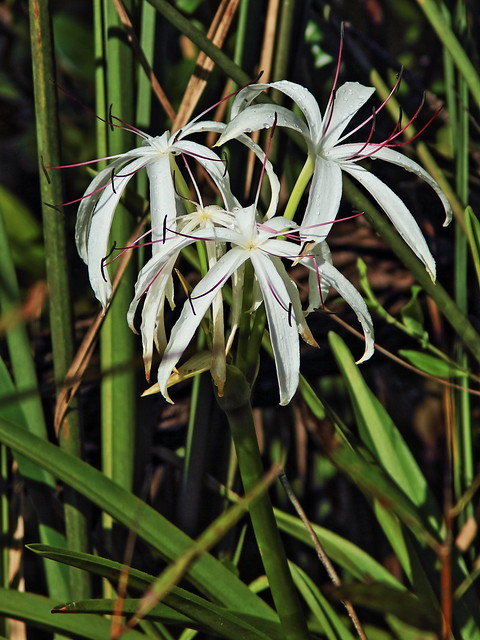 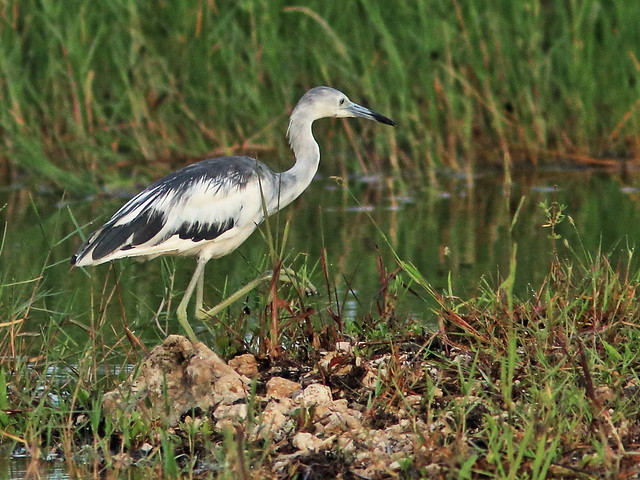 A White-tailed Deer doe thrust up her tail as an alarm as she bolted for cover: 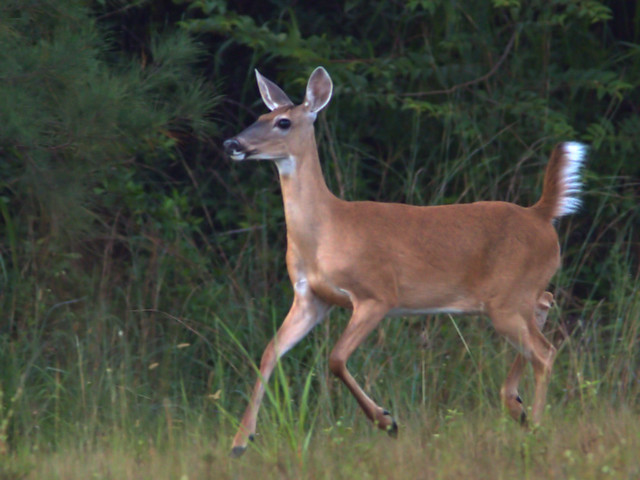 An immature Green Heron rested in a small Pond Cypress tree before flying off: 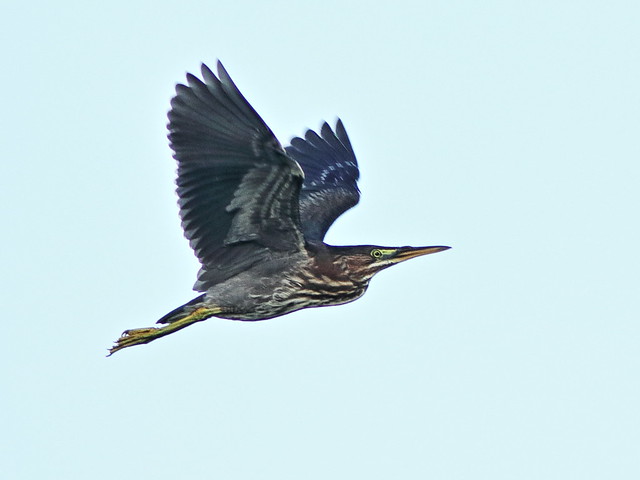 Young Wood Storks awaited to be fed at the rookery about 10 miles north of our home: 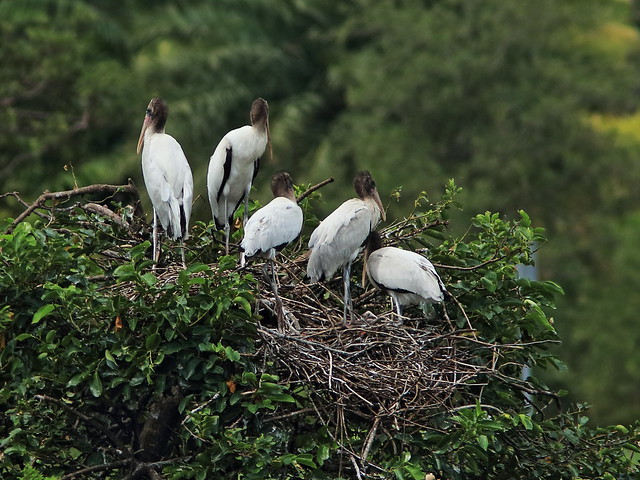 Along the path I encountered a Florida Box Turtle. Unfortunately, many people bring them home as pets, often not knowing that they do not live in the water or what to feed them: 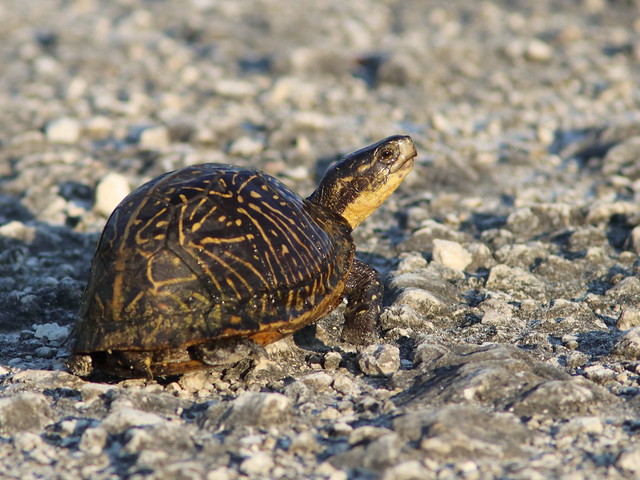 Among the insects, A white Peacock... 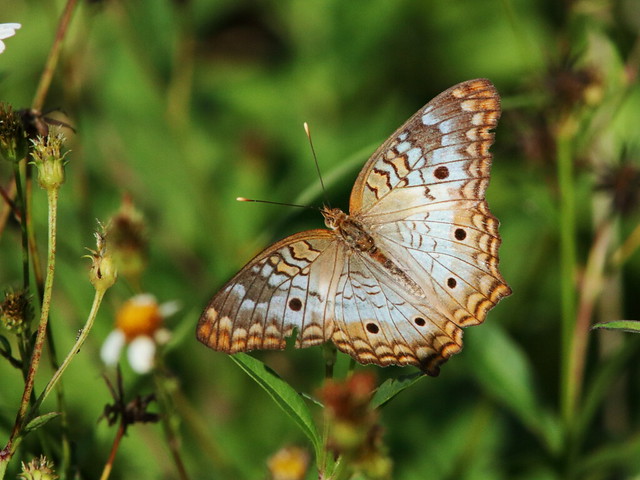 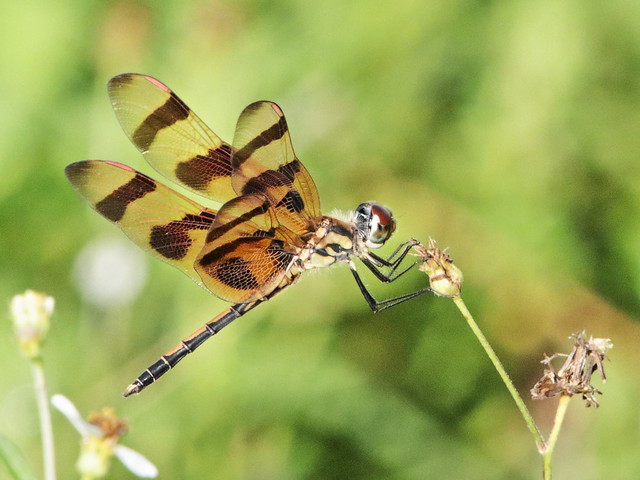 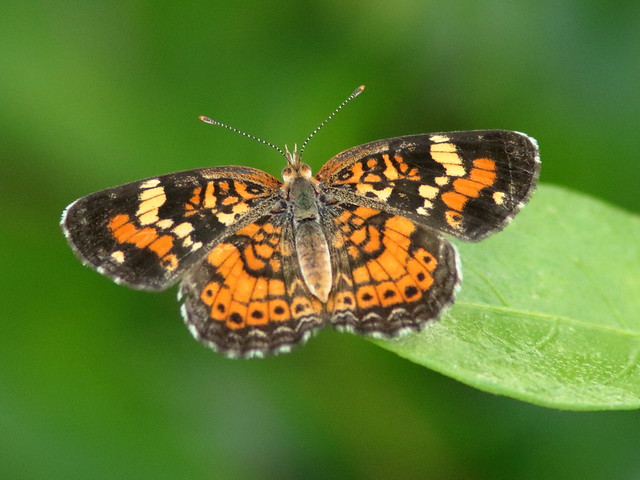 ...and a bee-like hoverfly: 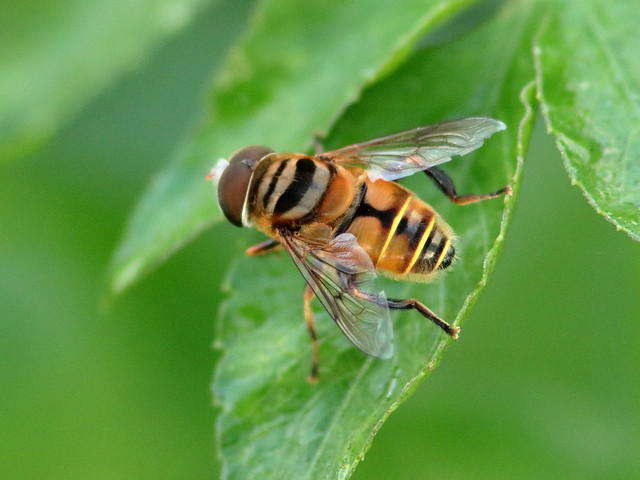 A Great Egret reflected on June 27: 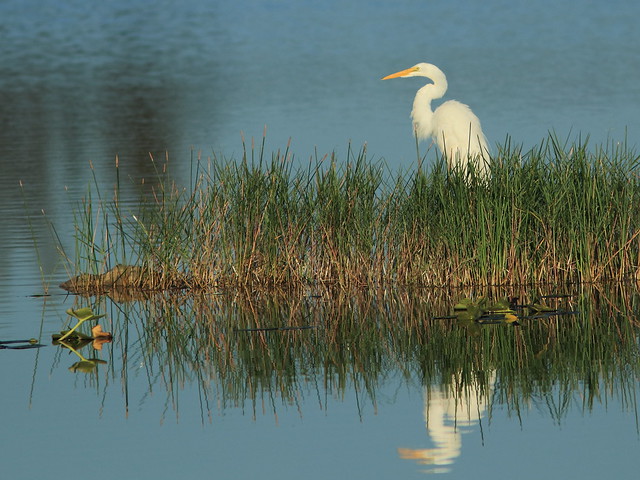 A foggy sunrise on June 29: 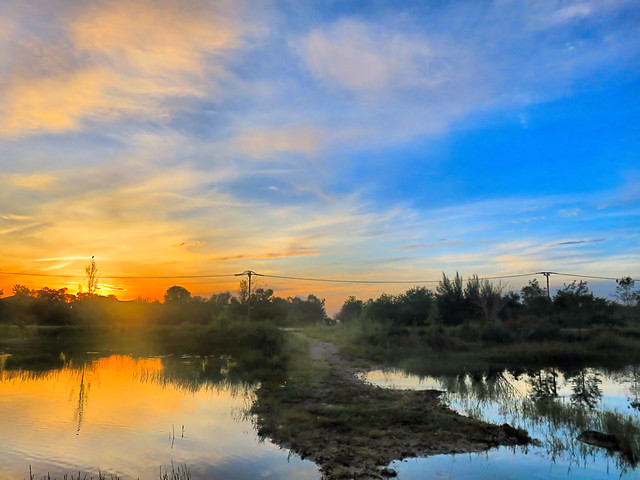 Along the path at 20 minutes before sunrise on June 30: 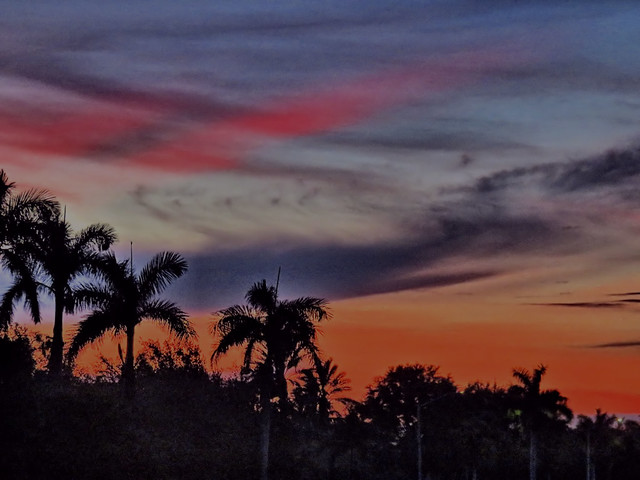