Cardinal meets the enemy and he is...

While observing the local Bald Eagles, nest watchers parked their cars in a grassy area adjacent to a woodland where Northern Cardinals maintained nesting territories. Often, even before the drivers completed parking and exited from their vehicles, a cardinal would attack a side mirror.

This behavior continued through the winter and up to the present. 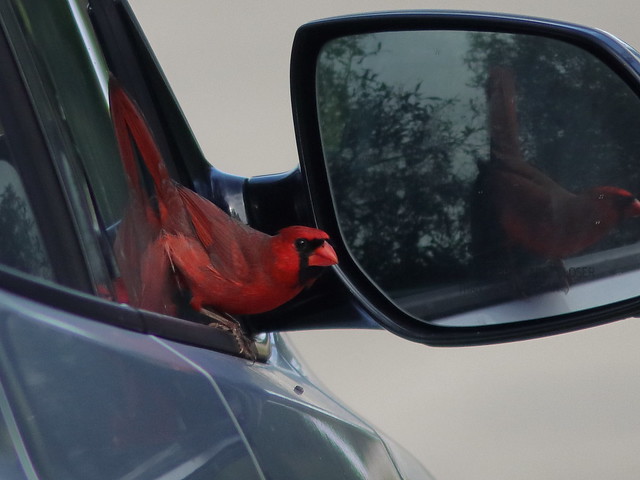 February 6, 2021. The scary image on the truck's mirror  did not dissuade this warrior: 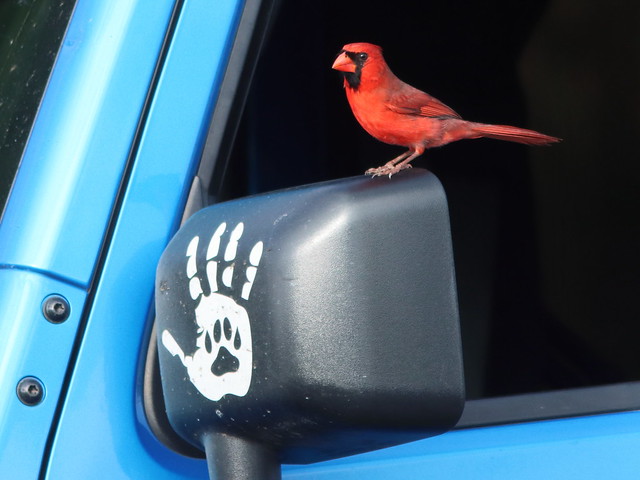 On June 16, a male cardinal watched me as I walked away from the car: 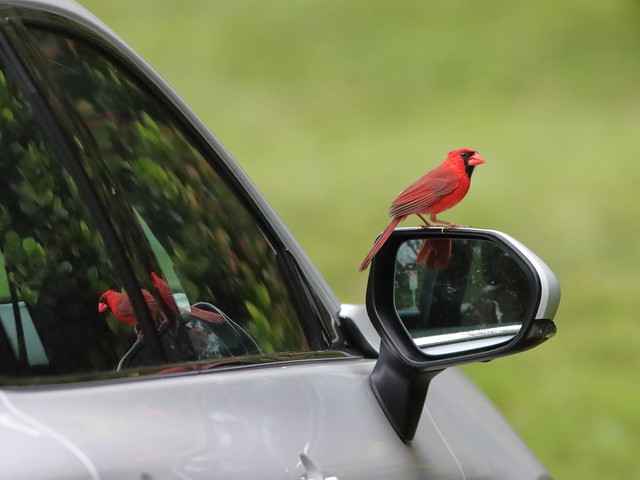 His mate flew in to watch the battle: 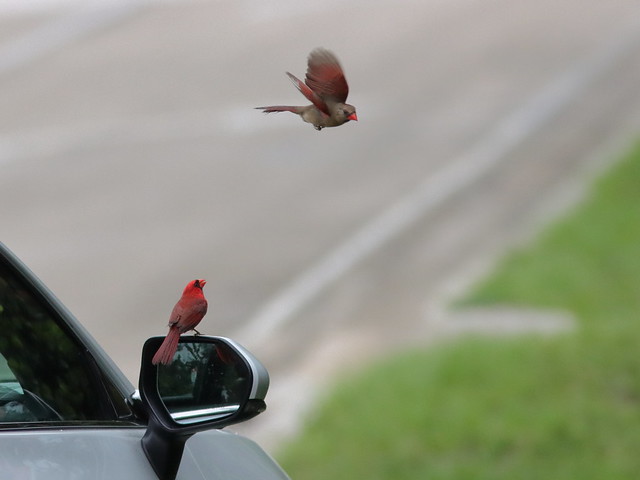 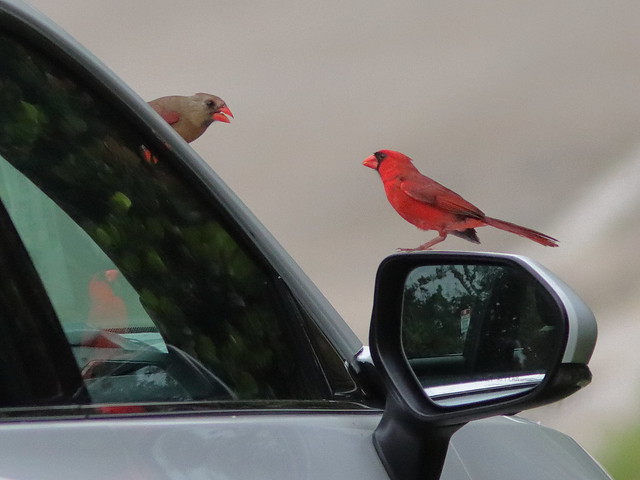 A double reflection. His rivals have multiplied! 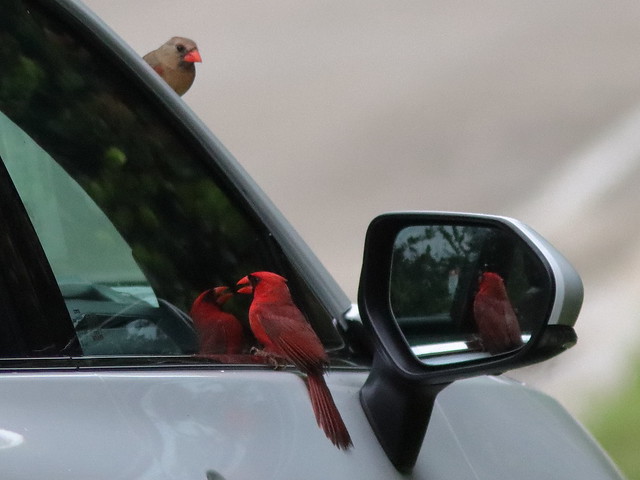 No amount of effort intimidated the enemy (* See note): 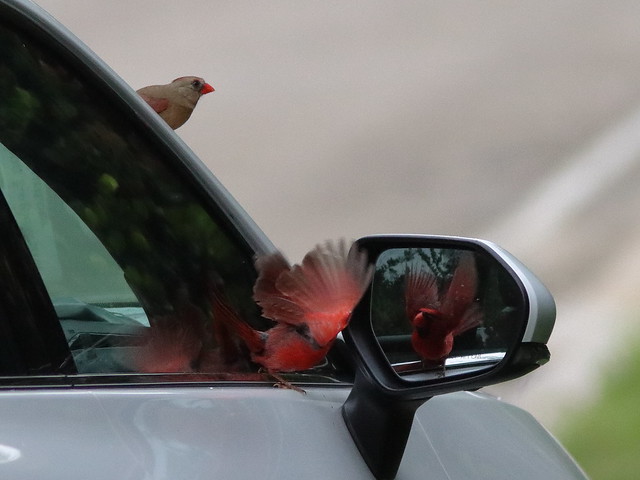 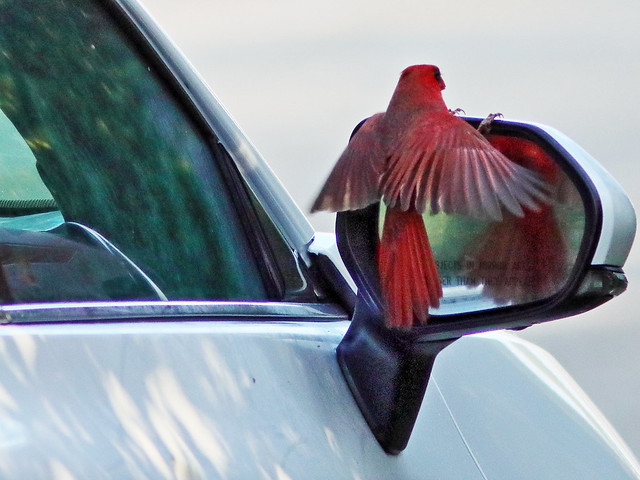 On the home front, the Mangos were ripening and we picked as many as we could reach, giving most of them away to neighbors. Those higher in the tree ripened on the tree and later fell to the ground, where we competed with the birds, squirrels and iguanas. Out early, we collected dozens more, ready to eat. We brought bags of them to church and neighbors who shared in our largesse: 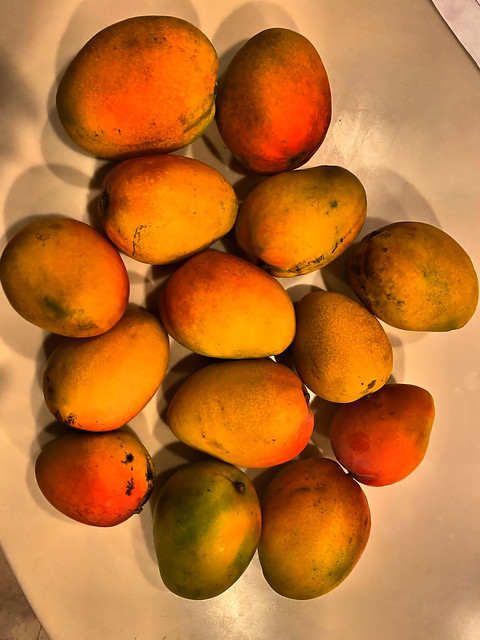 A Green Iguana got to some Mangos before we did: 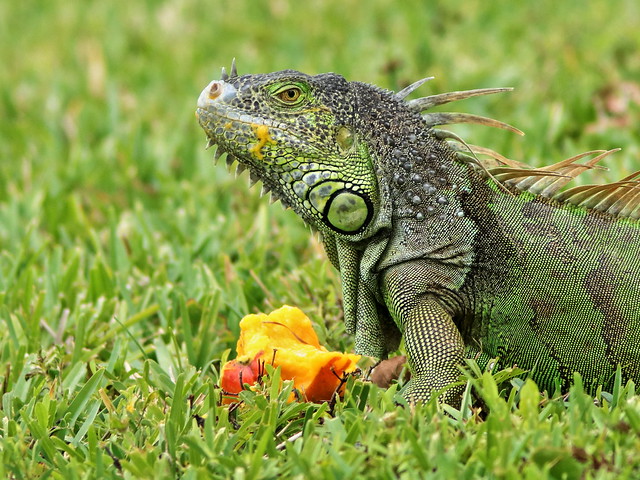 A Muscovy Duck mom brought her 9 ducklings to the feast. When she saw me she rushed to the edge of the lake with seven ducklings. Two were left behind as they were still eating the fallen Mangos: 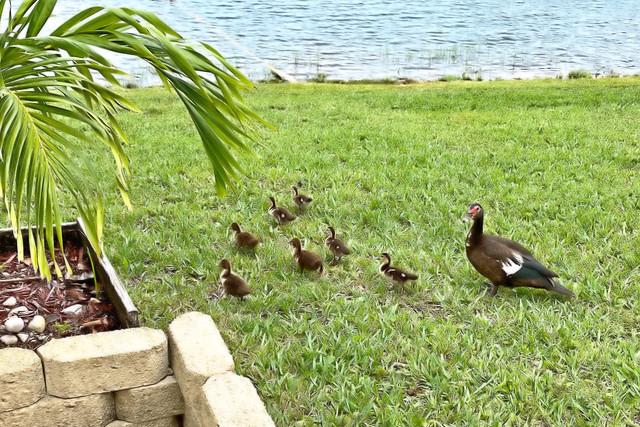 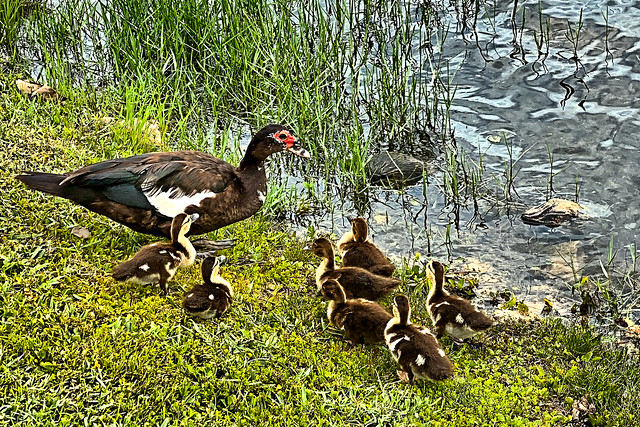 Two drakes joined them. They had been competing for her attention and often try to mate with a hen even if she is tending to her young: 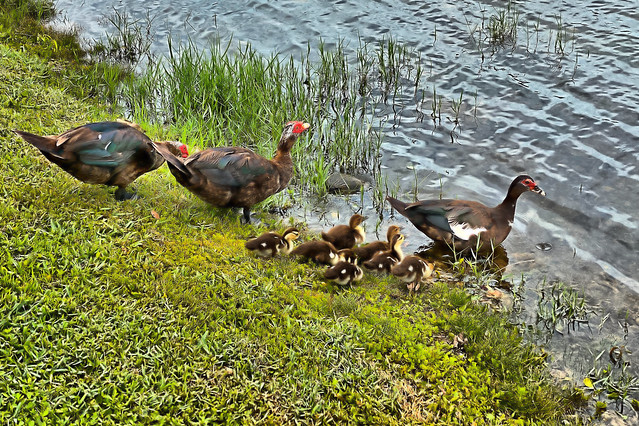 She gathered her ducklings together and then ran up to fetch the other two. All nine ducklings then rested together on our lawn. Some fell fast asleep: 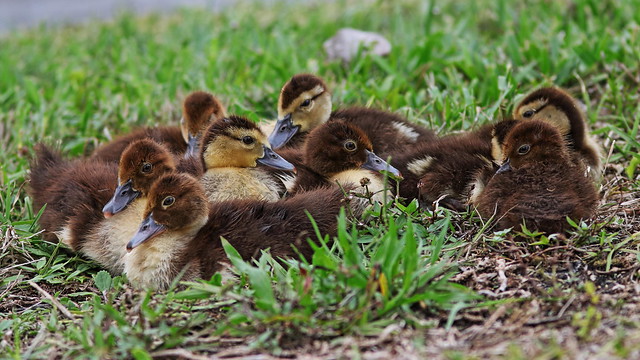 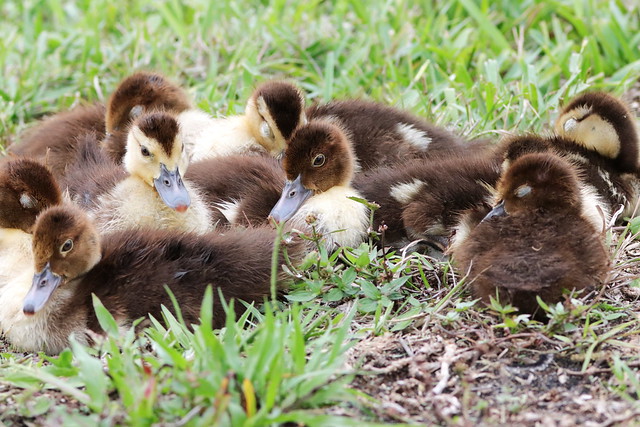 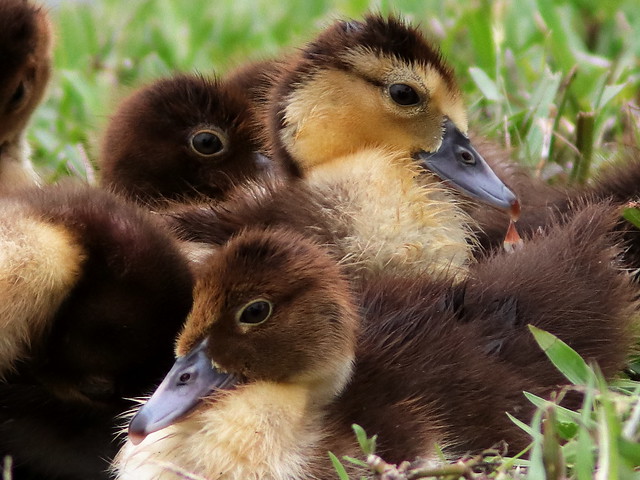 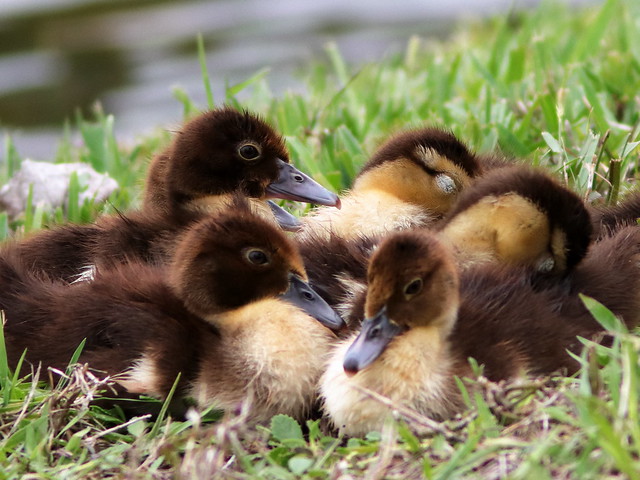 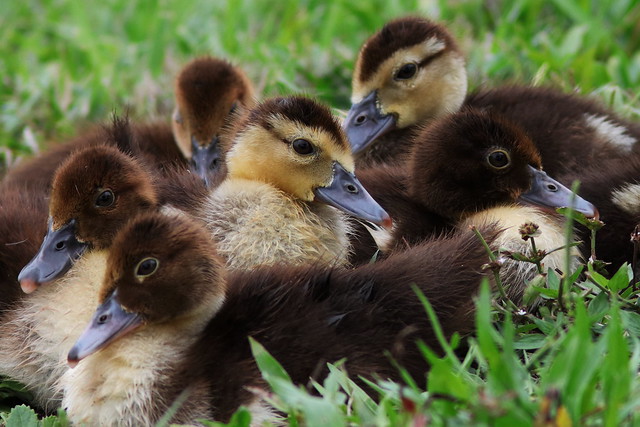 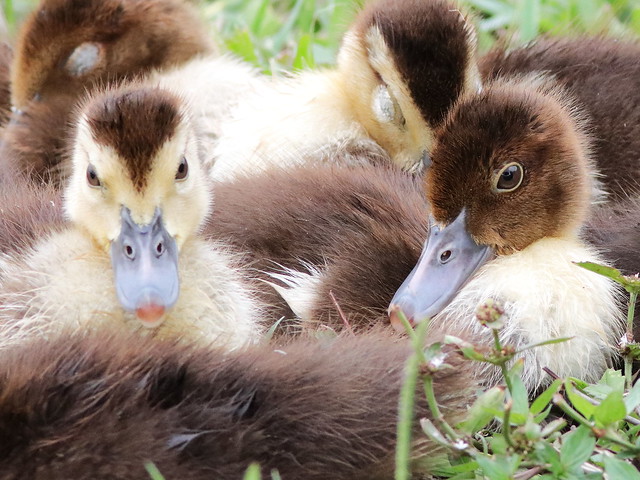 I did not get out much this past week, but a visit to Chapel Trail Nature Preserve in nearby Pembroke Pines yielded sightings of four Great Egrets, a species which has been absent from our local wetlands for more than two weeks: 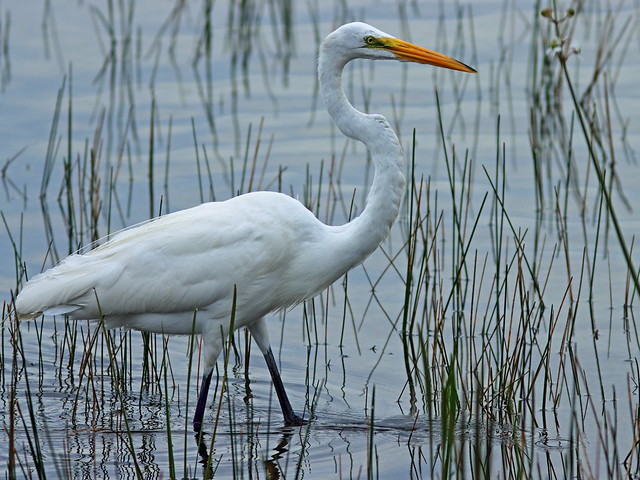 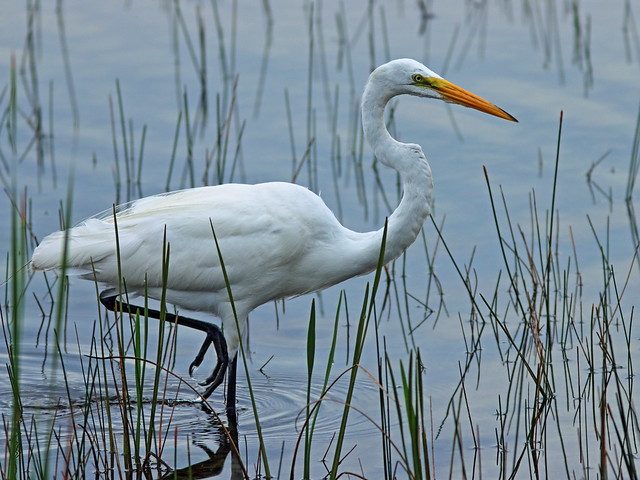 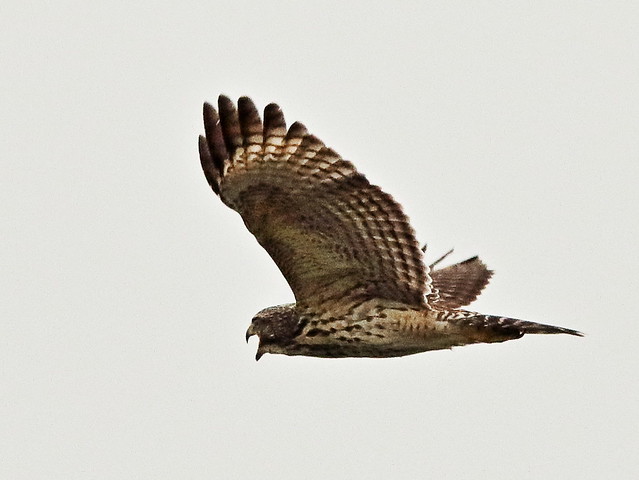 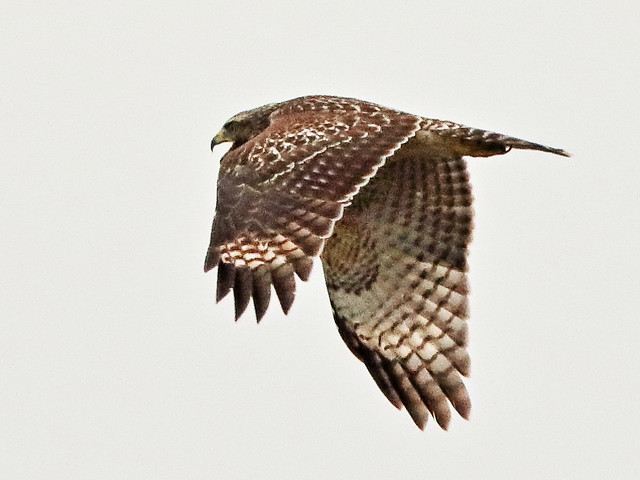 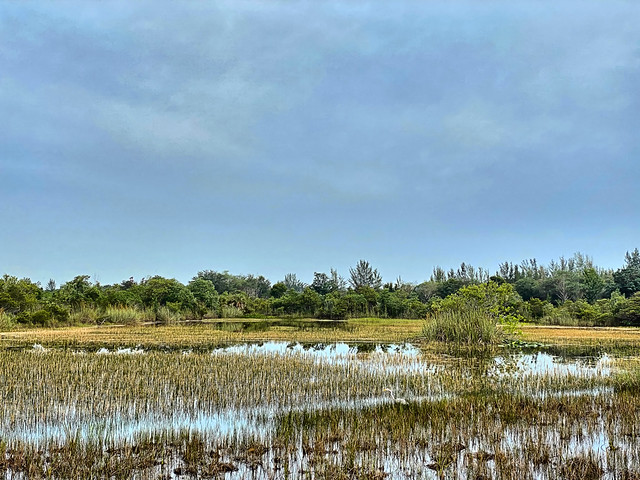 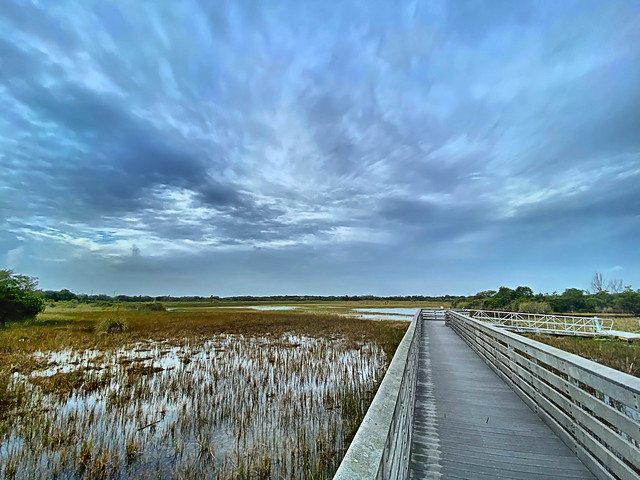 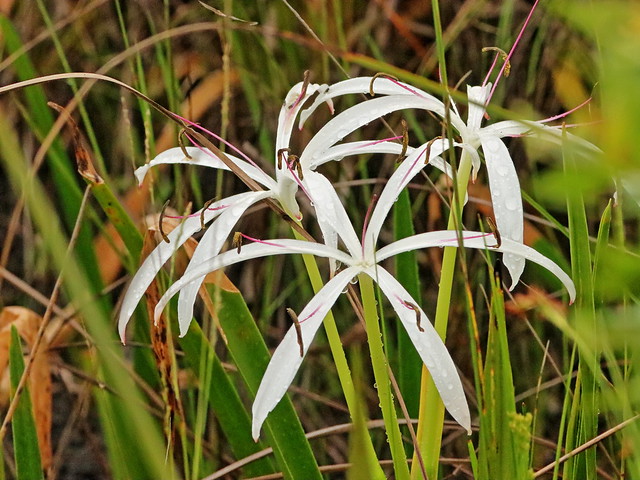 In a dry patch, I found a pretty yellow flower with distinctive leaves, but am not sure of its identity and whether it is wild or an invasive alien: 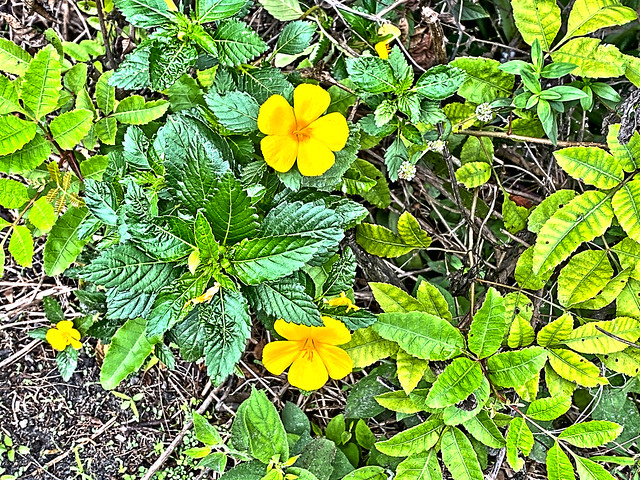 * REF: "We have met the enemy and he is us." Pogo in Walt Kelly cartoon