As I do each month, I enjoyed looking back over my archived photos, taken three years previously, to remember how things were then and maybe get some idea of what to expect this year. As usual, I searched for images which reflected favorite memes: critters of all kinds (especially birds), skies and clouds, reflections, flowers and fences, as well as scenes which speak for themselves. We spent the entire month at home in south Florida. I processed 629 images during October, 2018.

We were disheartened as the heron rookery in our birding patch was targeted for destruction when the County Drainage District marked all the trees which had been damaged by Hurricane Irma in September, 2017. They also planned to cut back all the vegetation that extended over the canal. This would amount to clear-cutting more than half of the trees and shrubs which served as homes for as many as 8-10 pairs of Yellow-crowned Night Herons, 3-5 Green Herons and occasional Black-crowned Night-Herons. 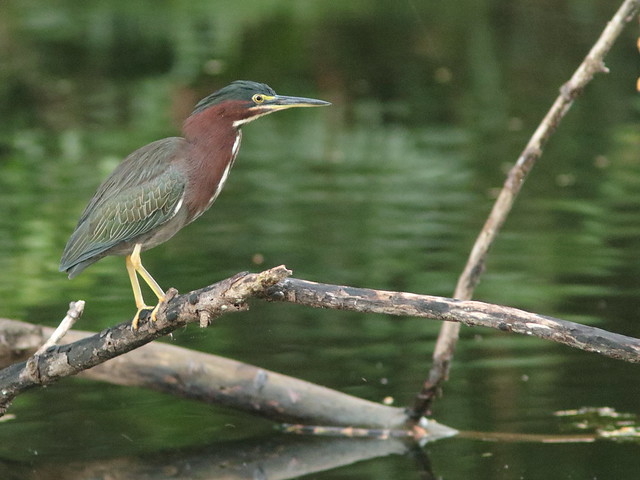 Yellow-crowned Night-Heron roosting on tree marked for removal on October 13: 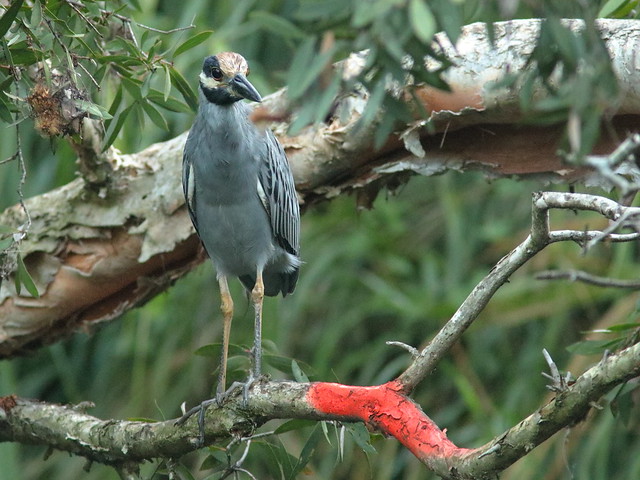 Mature Locust trees which hosted two Yellow-crowned Night-Heron nests were marked to be felled in early November. Although healthy, they, as well as many other trees growing along the bank were deemed to be a potential hazard if another storm blew then into the canal: 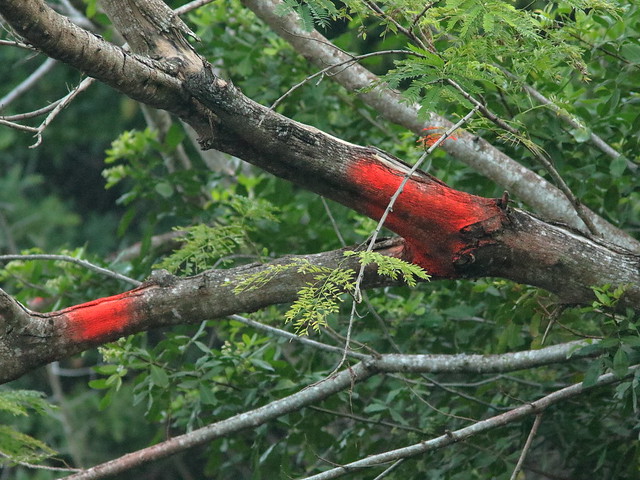 The rookery is on the right (east) bank of this storm water drainage canal. The herons almost always nested in the branches which extend over the water. The dead branches out in the water are from trees blown into the water by the hurricane: 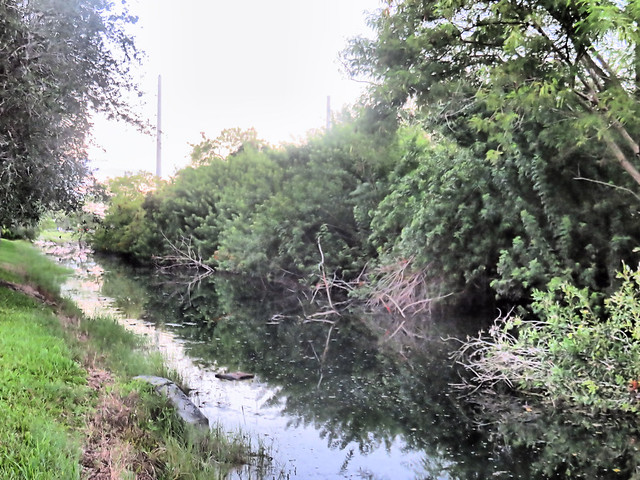 Near the rookery, a flooded woodland where the hurricane brought down many trees was then set afire by vandals. This created a tangle of burnt logs which a Louisiana Waterthrush found to be very hospitable: 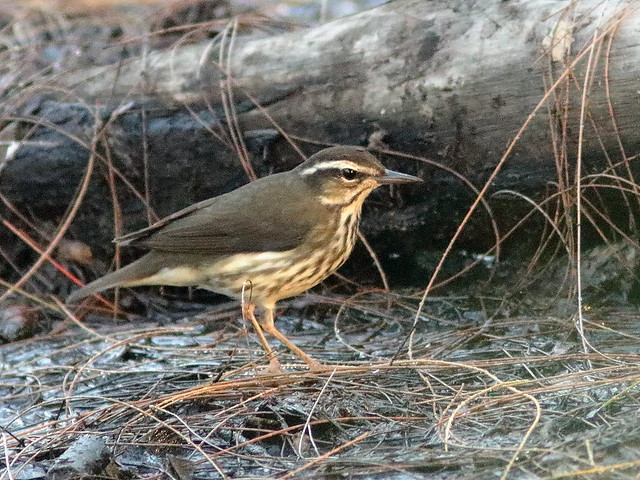 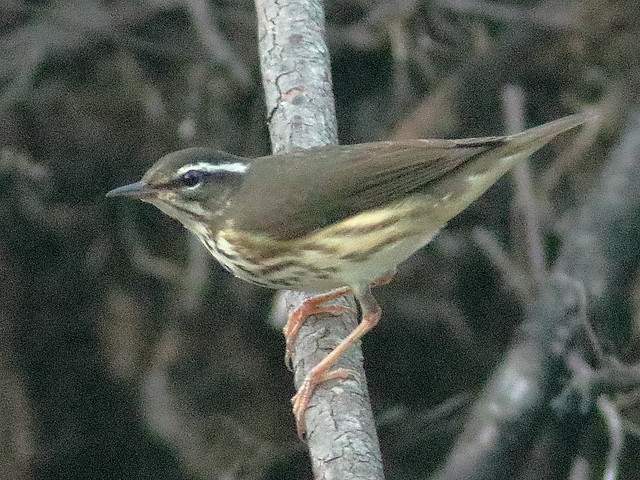 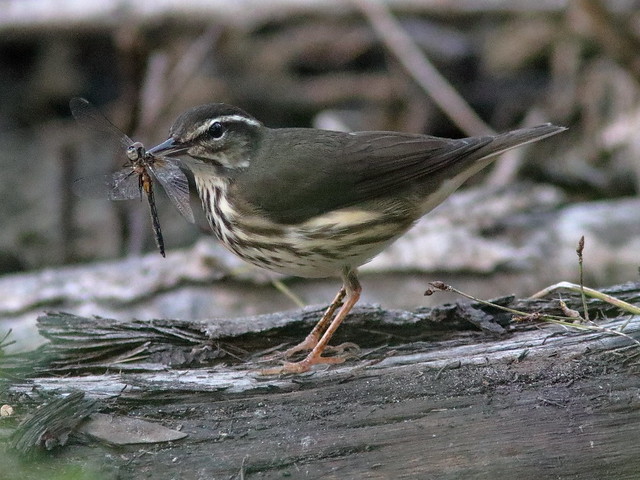 Southbound Painted Buntings migrants appeared on October 3. Some may linger here during the winter:: 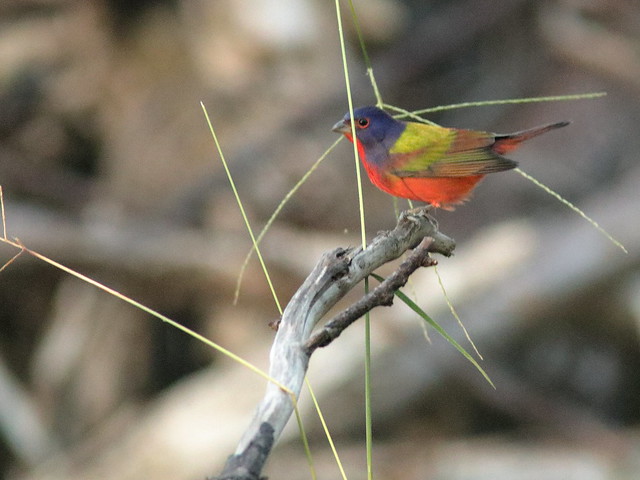 On the lake, Double-crested Cormorants swam in tandem: 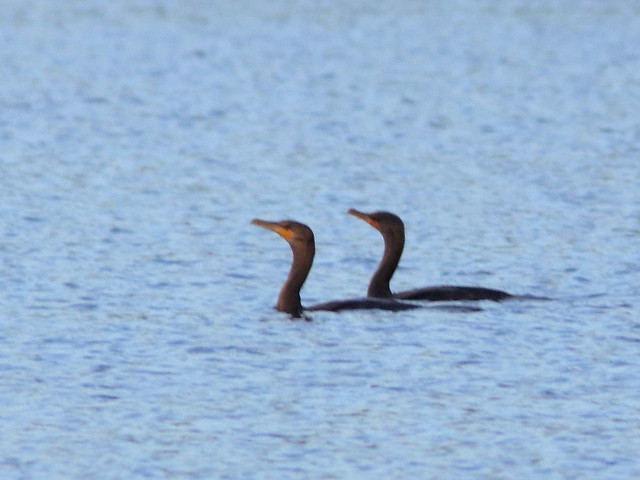 A Northern Mockingbird perched in the Lantana patch. The Lantana berries are attractive to wildlife: 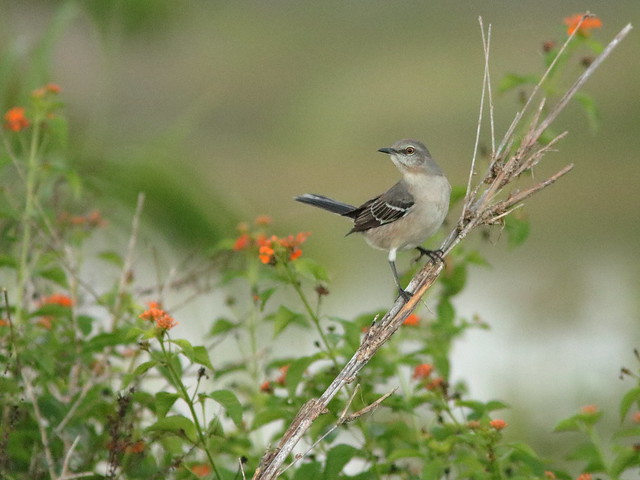 The Northern Cardinals had completed their molt and were in fine feather: 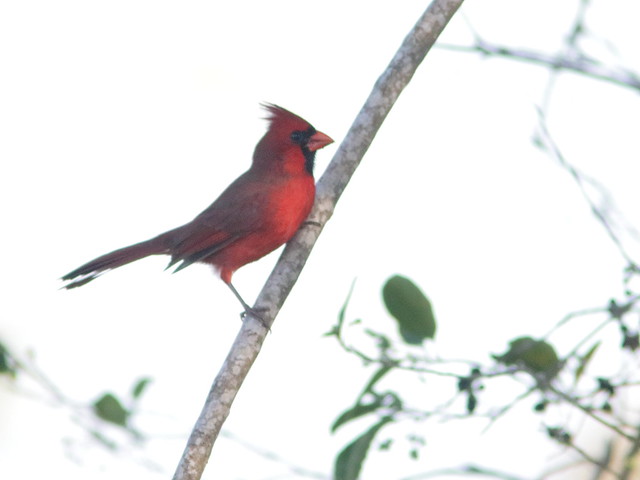 Killdeers had finished breeding but continued to occupy and defend their nesting territories: 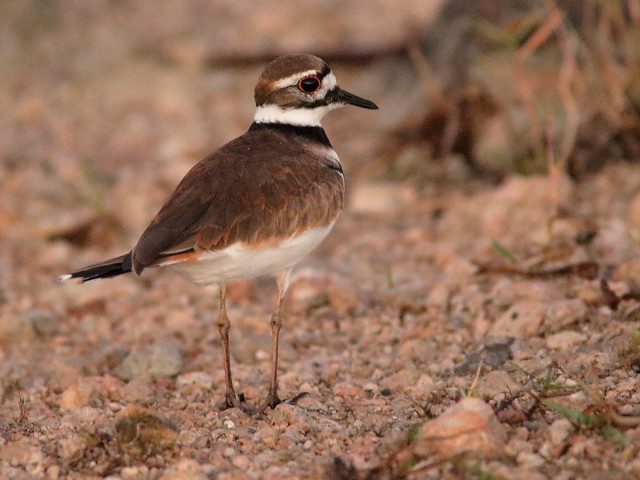 The blooming Lantana attracted butterflies, among them a Giant Swallowtail: 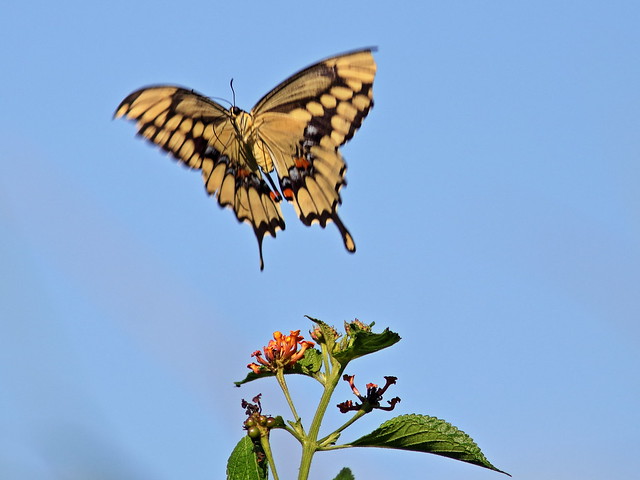 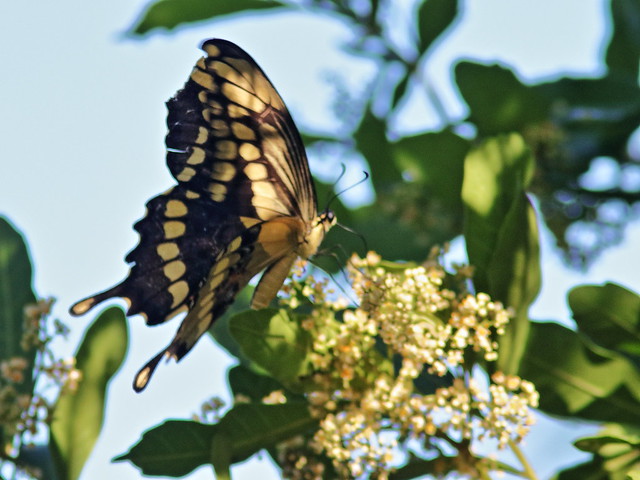 A male Common Yellowthroat. This warbler species breeds locally but its numbers are increased by migrants from the north: 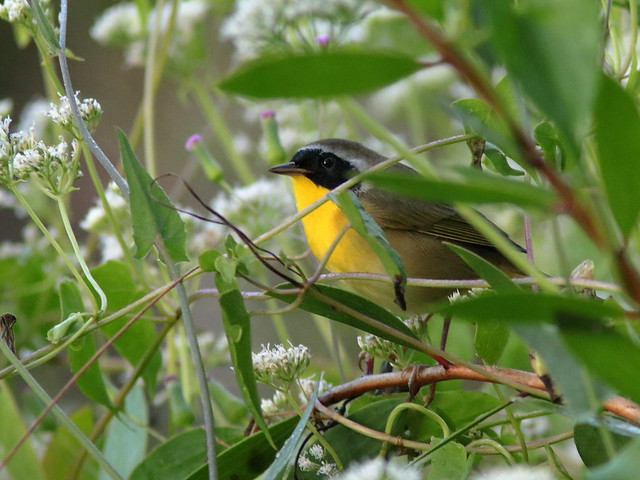 Yellow-throated Warblers made their appearance. Their breeding range includes the northern half of Florida but we welcome them as winter residents: 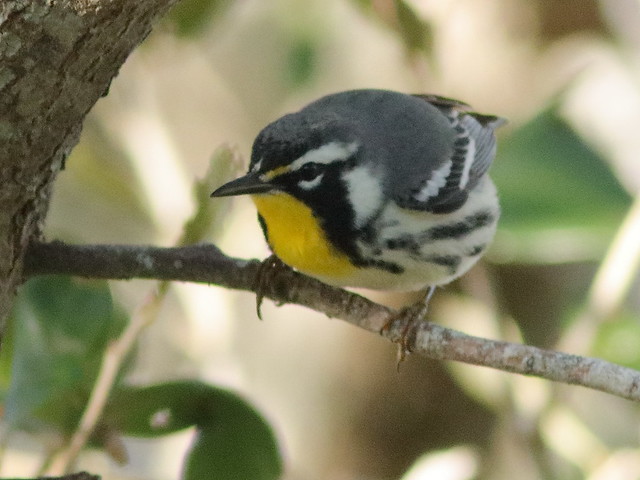 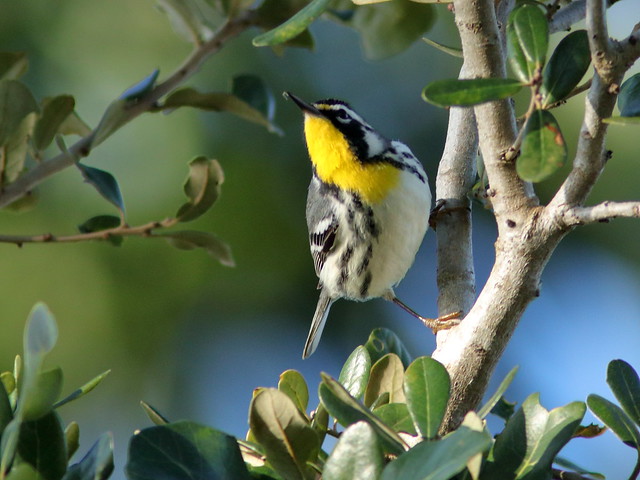 Black-throated Blue Warblers are especially fond of fruits and berries. Here, a male works his way down to the prize: 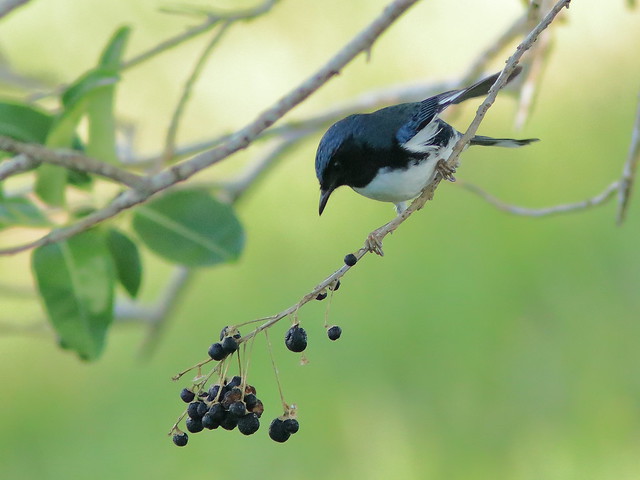 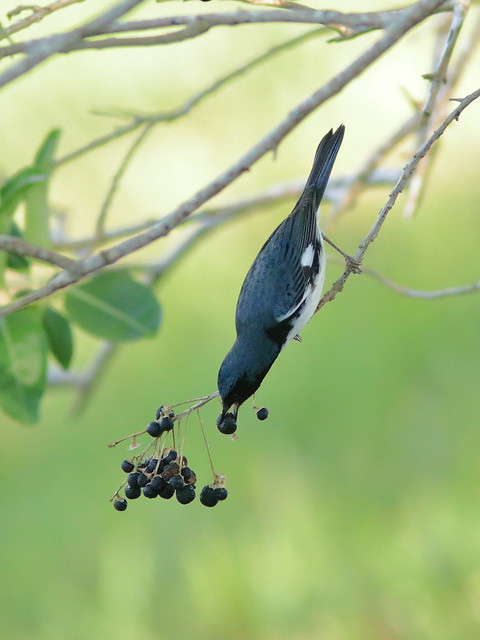 A southbound Rose-breasted Grosbeak stopped by: 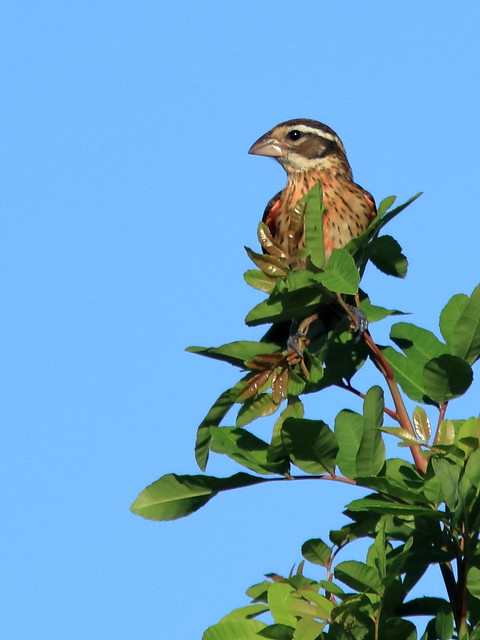 This male Scarlet Tanager has exchanged its bright red body plumage for olive green before migrating through Florida: 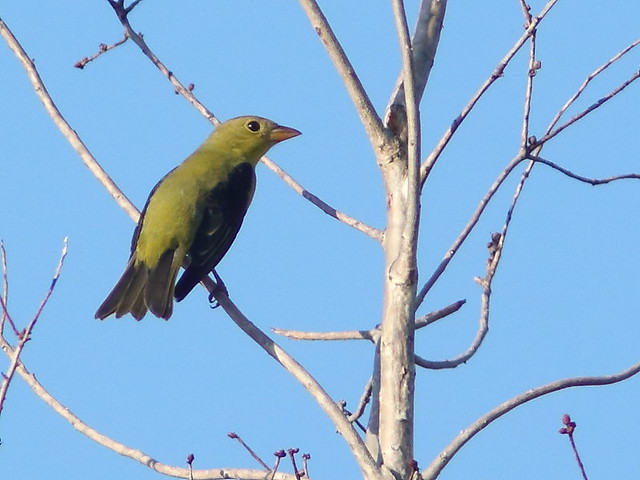 A Great Egret rested on a treetop against a pink sky at sunrise: 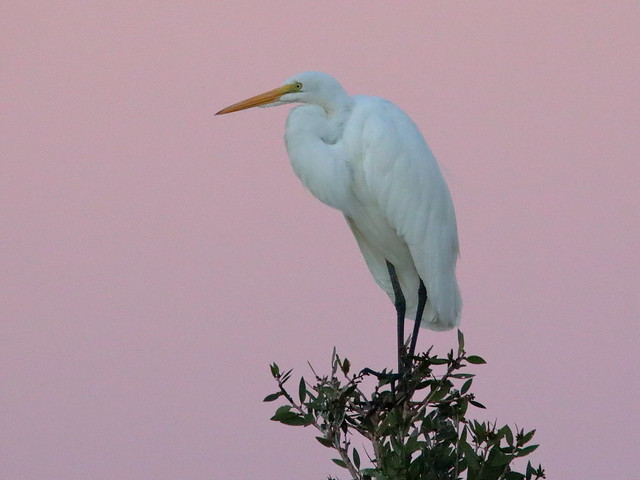 White-eyed Vireos breed locally but many probably migrate to Cuba and are replaced by winter residents from the north: 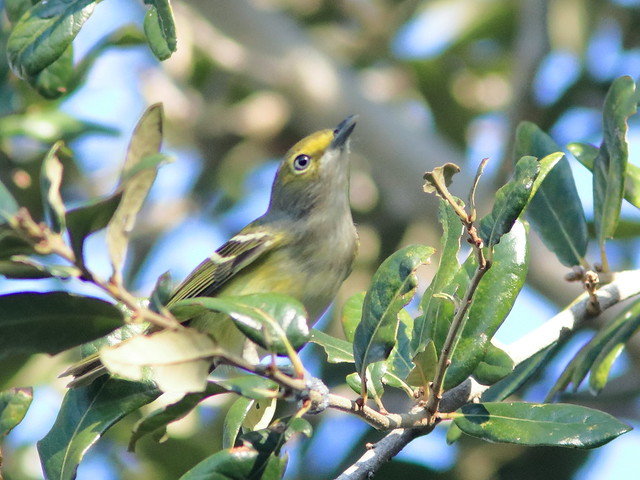 This Monarch butterfly carried a tag with a phone number. I learned that it had been bred in a volunteer's back yard and released about 5 miles from our home. 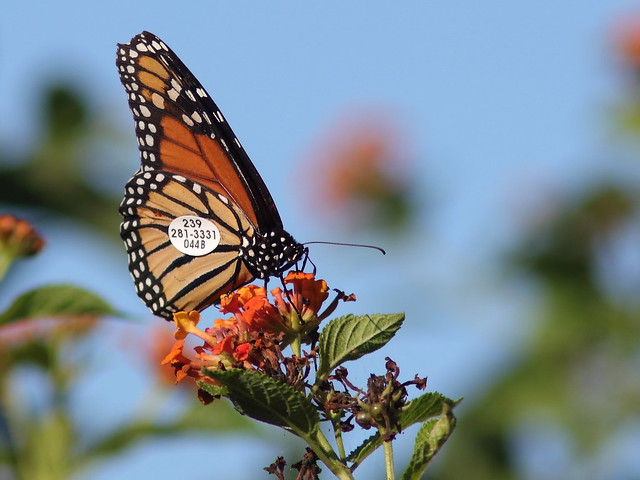 The local Bald Eagles returned and were beginning their breeding season. This is a portrait of Pride, the male of the pair: 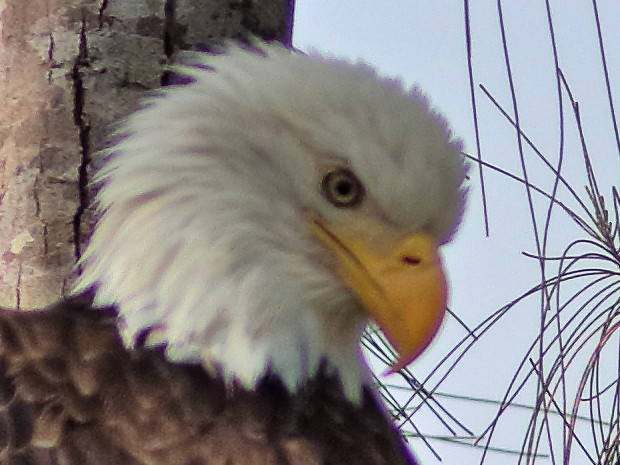 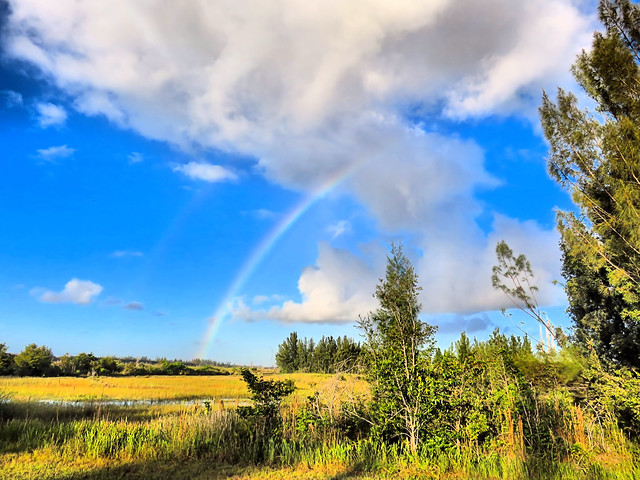 Hunter's Moon over the Pine Bank on October 26: 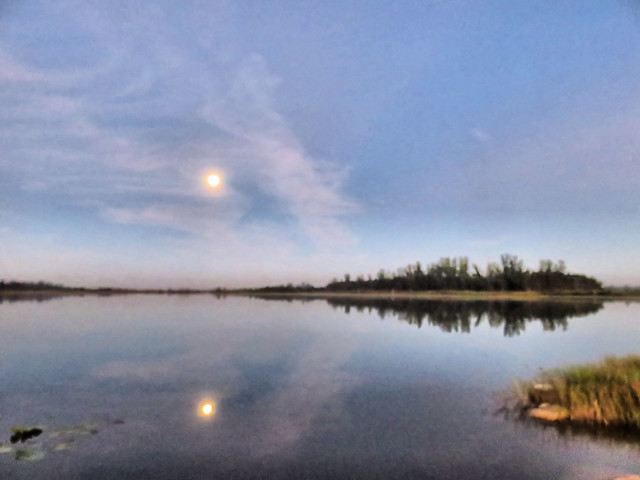 I prepared this week's post in advance but may be occupied by health-related appointments and procedures for a while. Hope to be back soon.