My health condition now (hopefully temporarily) prevents me from straying very far from home. Therefore I will take advantage of my forced leisure to reflect on the birds I have seen since moving from New Mexico to south Florida. This list only includes bird species seen in our back yard and the preserve adjacent to our home, the West Miramar Water Conservation Area in Broward County, Florida (AKA "Wounded Wetlands").

We moved to Florida in 2004, but I only started to report sightings on eBird late in 2008. I did not take up photography until 2008 and deemed two of my earlier sightings important enough to report retroactively. I  picked out a representative photo of each species, not necessarily the first one taken, but always one among many from the Wounded Wetlands. My checklist includes a total of 185 species to date for this location, most of which I eventually photographed here.

I was fishing in our back yard lake when I looked up in amazement as a flock of four long-legged, crooked-billed flamingos coursed from south to north right over in front of me. I was not sure at the time that this was a most unusual sighting, indeed the first flock reported locally in several years. I saw four again over the lake the next evening, flying almost the same course.

Flamingos once roamed extensively over South Florida, but in recent years the only reliable sightings were of a flock at the southern tip of the peninsula at Snake Bight. Inquiries about all known captive flamingos confirmed that none had escaped. Here is a photo of those in the nearest flock, confined in Flamingo Gardens: 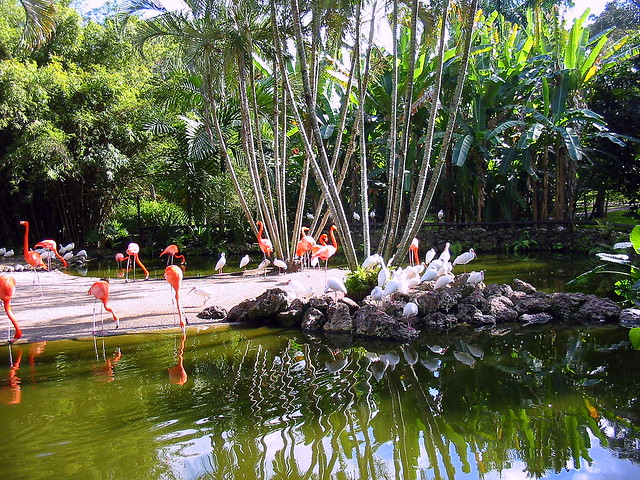 I put the word out on the Internet and others discovered them, a flock of "seven or eight or up to twenty" foraging in a wetland preserve adjacent to the north end of my Patch. I was not carrying a camera, but David Tringo, a neighbor, took this photo and kindly permitted me to publish it: 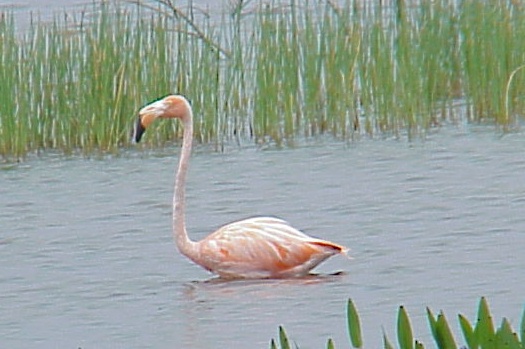 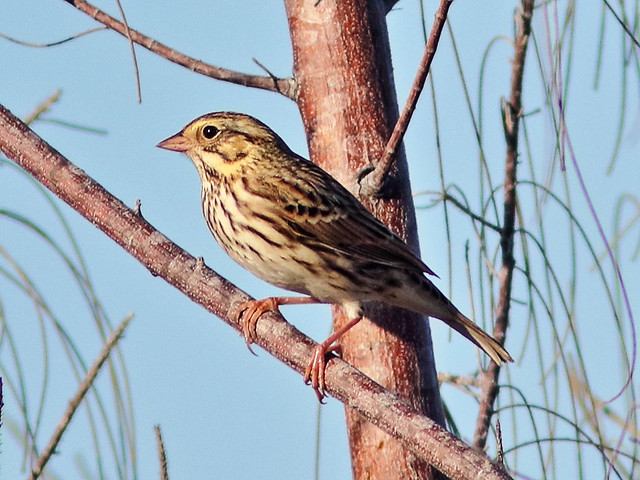 # 3. Rock Pigeon, 23 Oct 2009. That day I photographed a feral albino specimen, very likely an escapee from a wedding celebration or peace demonstration: 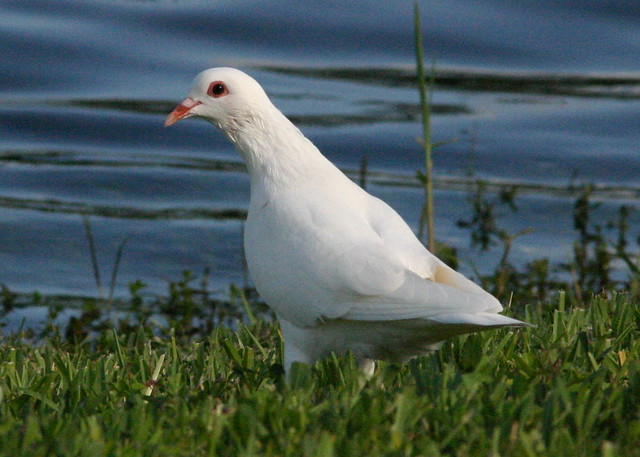 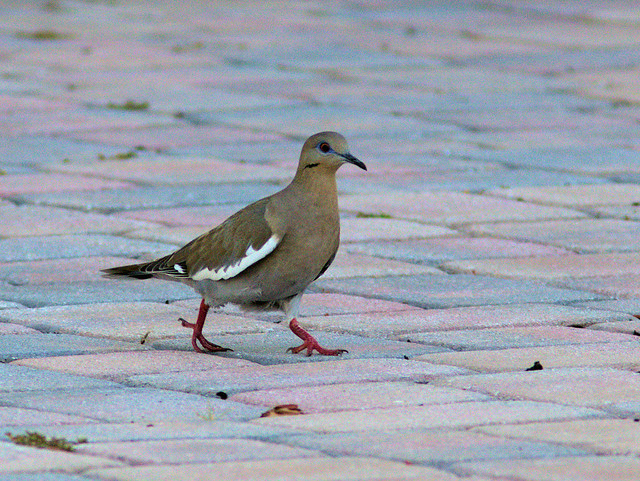 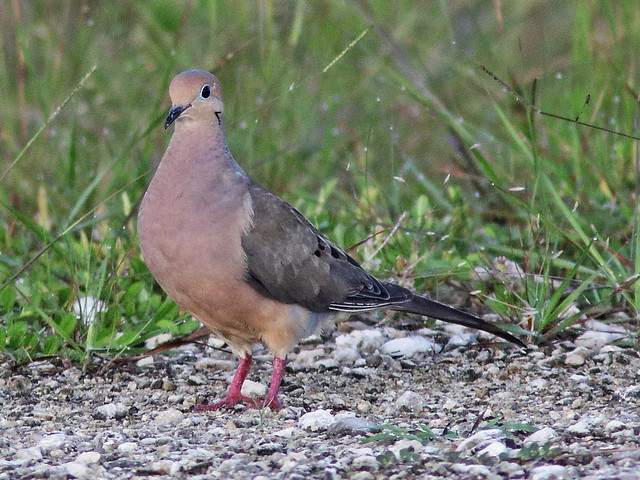 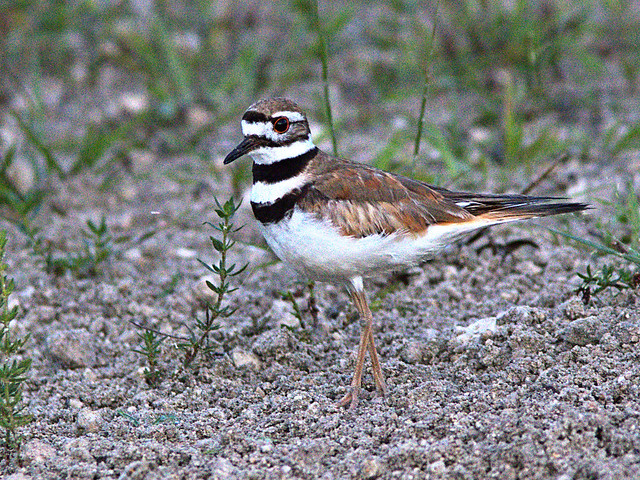 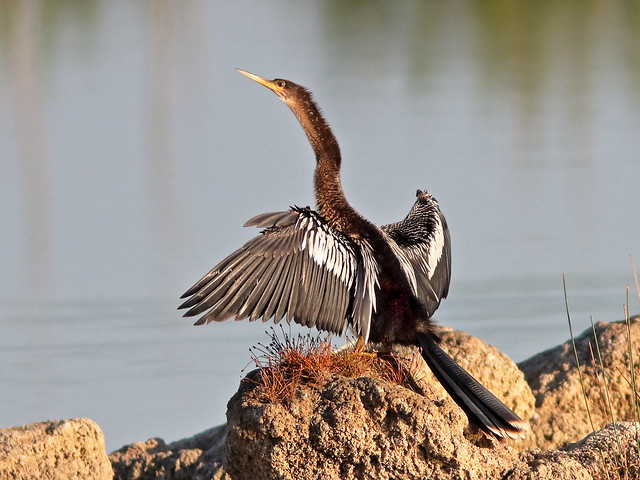 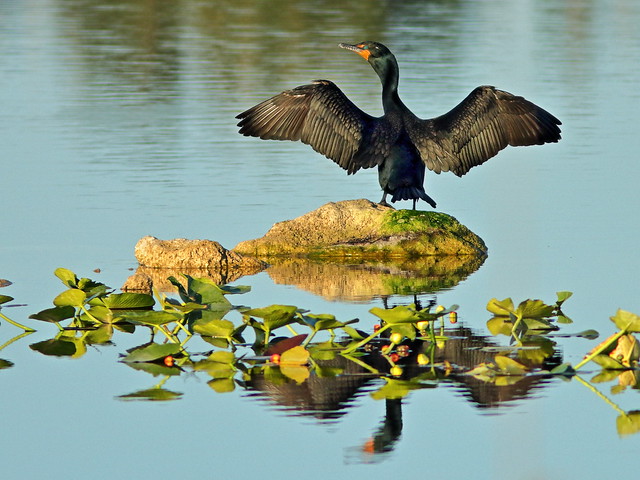 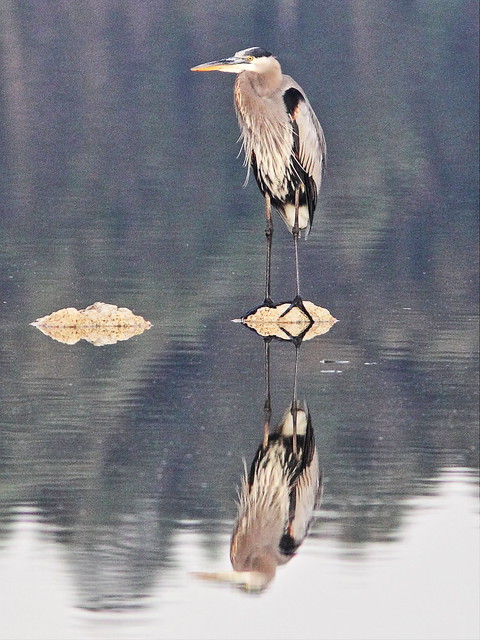 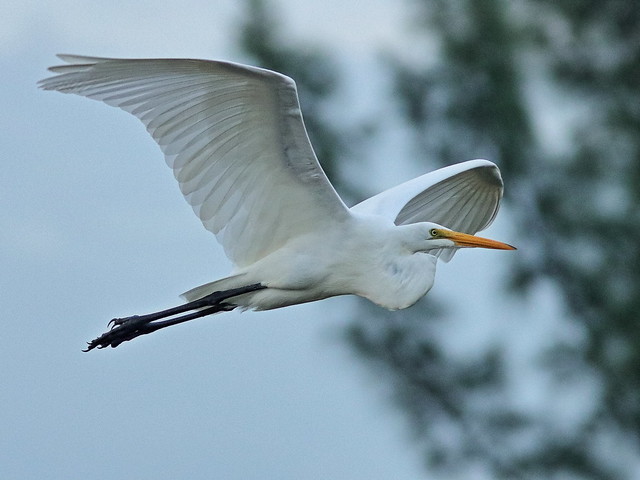 Our walks usually started out about an hour before sunrise, to take advantage of the cooler temperatures and listen to the owls and nightjars. The peninsula in the wetlands lake provided a wide open view over the Everglades to the west.   An advantage to being a stay-at-home birder is that I can see the sunrise on the eastern horizon, which is obscured by the trees out in the wetlands.

The morning after I got home from the hospital this was the view of sunrise from our back patio: 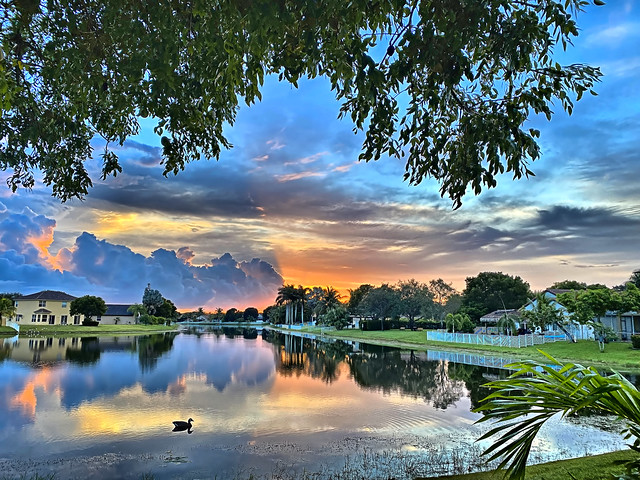 A flock of White Ibises foraged on the lawn of a home across the lake: 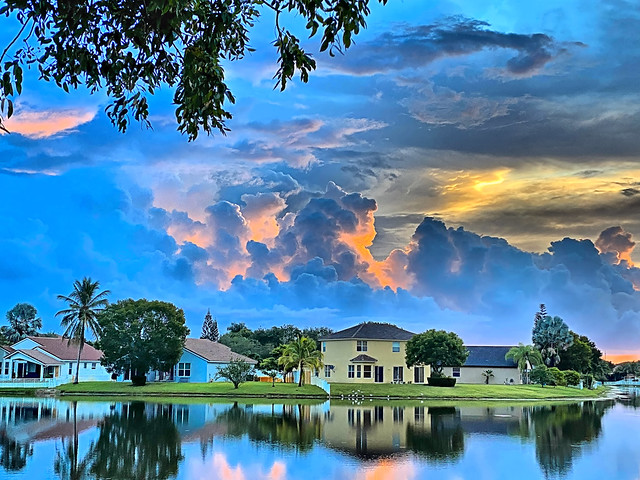 Later in the day the overcast sky provided a shadow-less view of a Great Egret, which hurried along our lawn. It appeared to be intently watching a prey item along the shore: 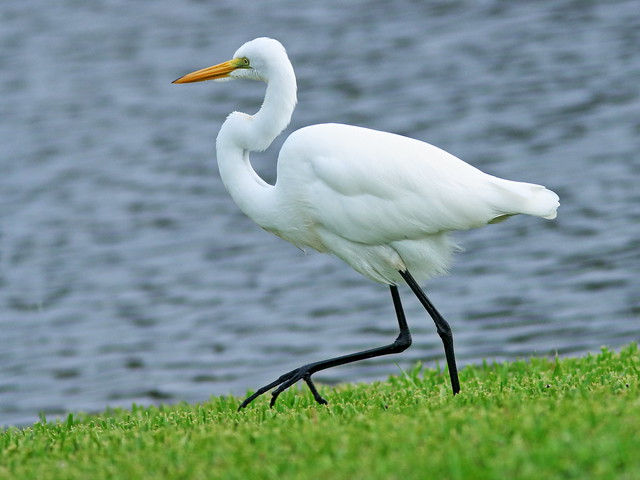 It plunged and came up with a small Peacock Bass: 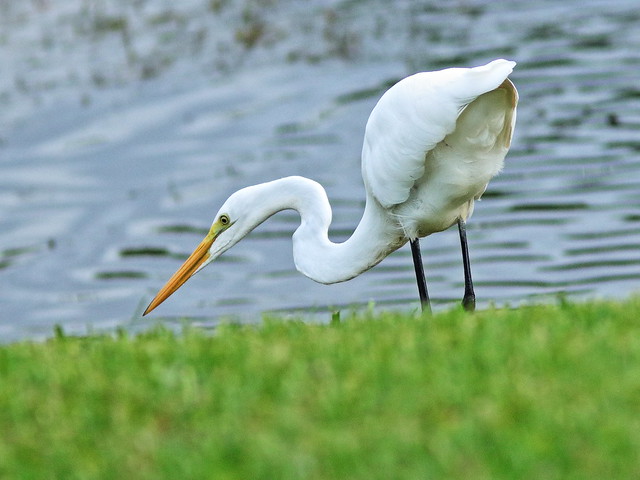 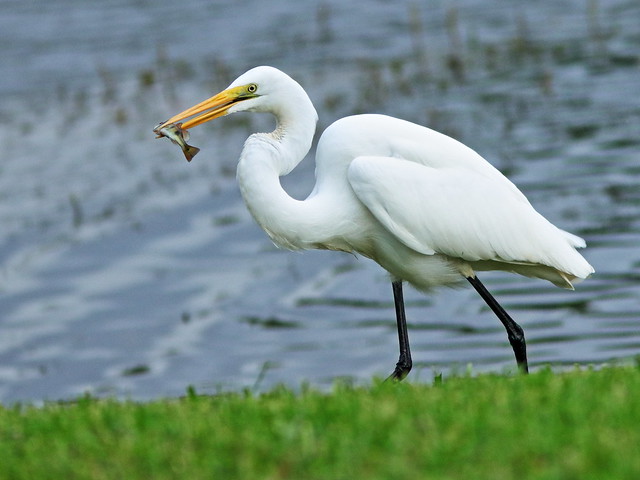 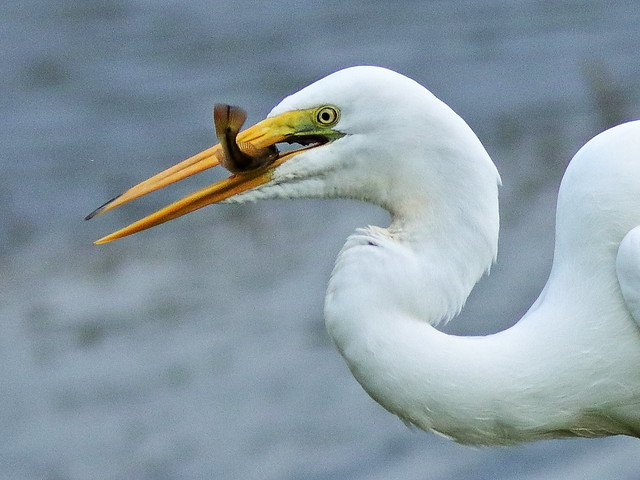 Kenneth Cole Schneider
Virtual New Mexican, lives in Conneticut and remembers growing up, birding and practicing medicine in New Jersey, finds birds and beauty close to home. A lifelong birder and retired physician, I grew up and began my practice in New Jersey. After my career in the US Public Health Service, my wife Mary Lou and I retired to the mountains of New Mexico, where we led bird walks at Rio Grande Nature Center and the US Forest Service. The cooperative rosy-finch feeding project we initiated at Sandia Crest has developed into a major banding and research program. In 2004 we moved to South Florida, where we worked to create a Bald Eagle sanctuary to protect this species' first active nest in Broward County since before DDT was banned. In 2021 we moved to Glastonbury, Connecticut. I took up photography in 2008 and enjoy finding beauty in birds and nature close to home. Read more here