Autumn officially arrived and I visited the boardwalk at nearby Chapel Trail Nature Preserve. A Great Egret happened to pose almost directly  under the day-old Harvest Moon: 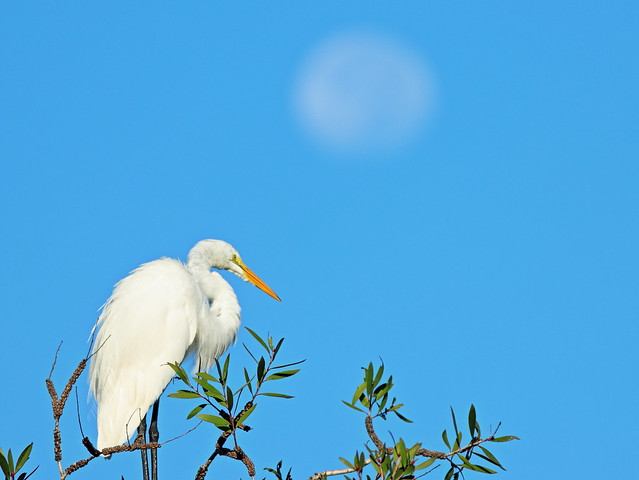 I was surprised at how quickly the Moon drifted down: 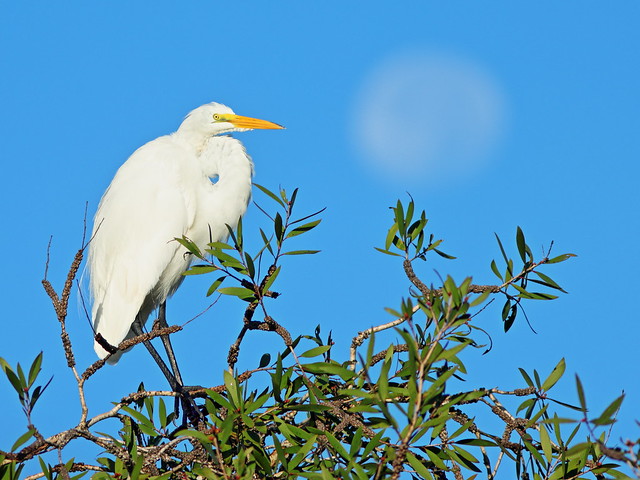 Shooting between tree branches, I had to contort to place the Moon behind the egret: 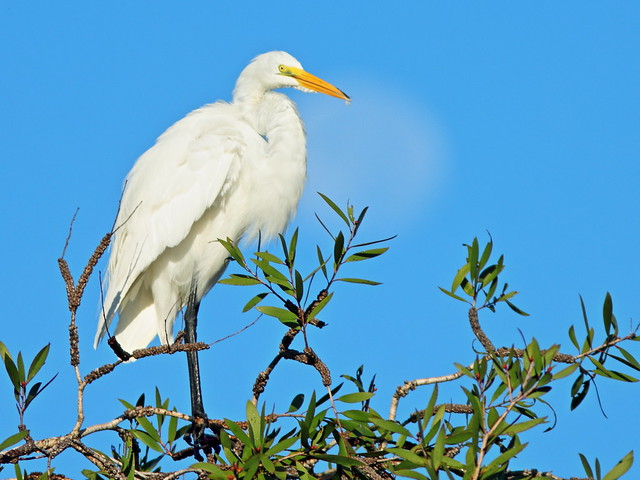 The egret was not impressed and went about preening: 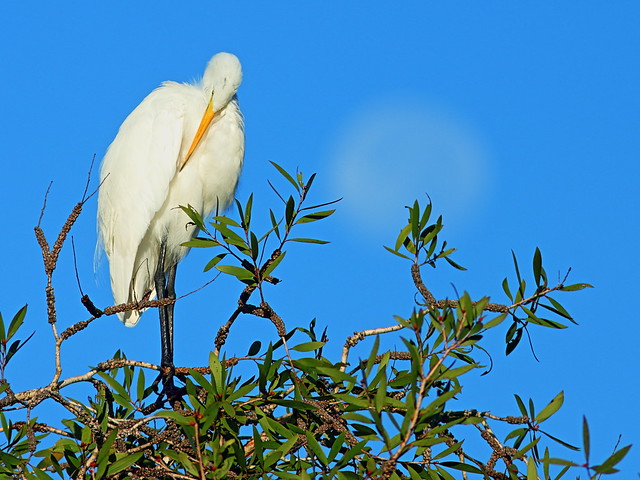 Actually, I had photographed the Moon a few minutes earlier, moved a short distance along the boardwalk and was lucky to look up and see the egret in a treetop: 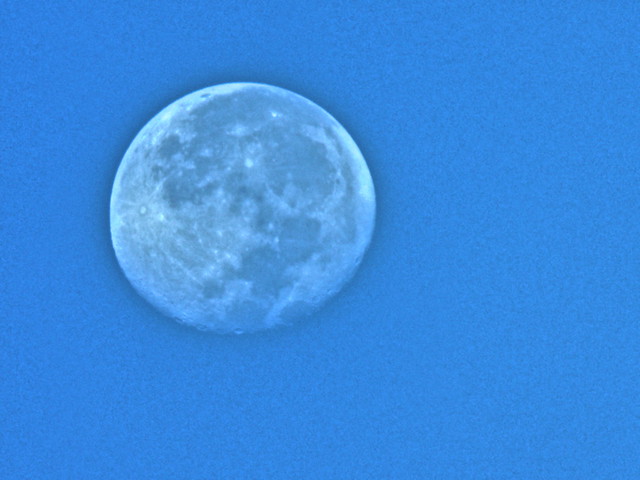 View from the dock near the beginning of the boardwalk. The wet prairie is now flooded and the spike-rush is flourishing. 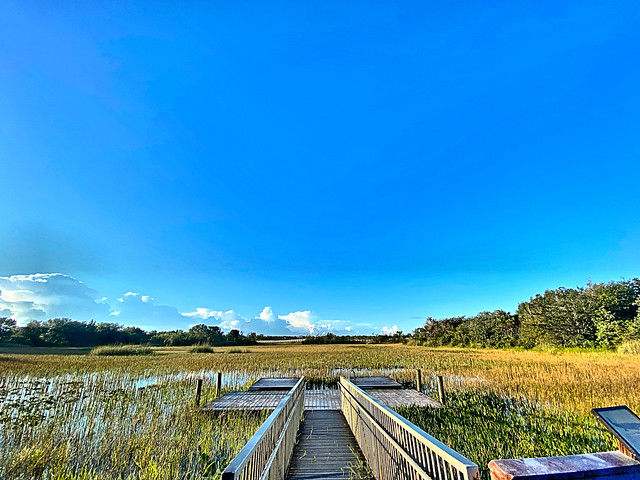 Although the morning radar showed heavy migration, birding was very slow. This is the Doppler velocity image at 5:00 AM on September 24. Green echoes are approaching Miami and red are heading away towards The Bahamas and Cuba. Our home is at the small red "+" which seems to be in the heart of the action. 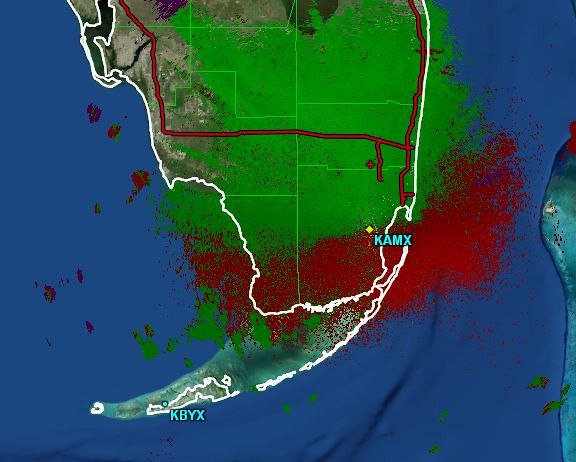 Instead of finding warblers dripping off the trees I logged only a single species. a Prairie Warbler: 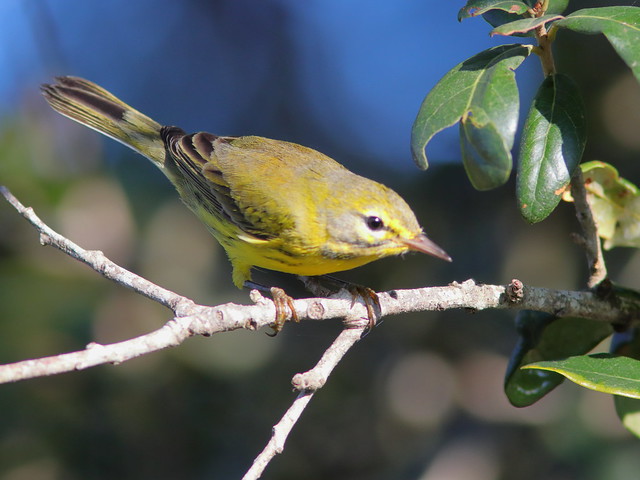 A Blue-gray Gnatcatcher was my consolation prize. A distracting dozen or more frolicked in the trees: 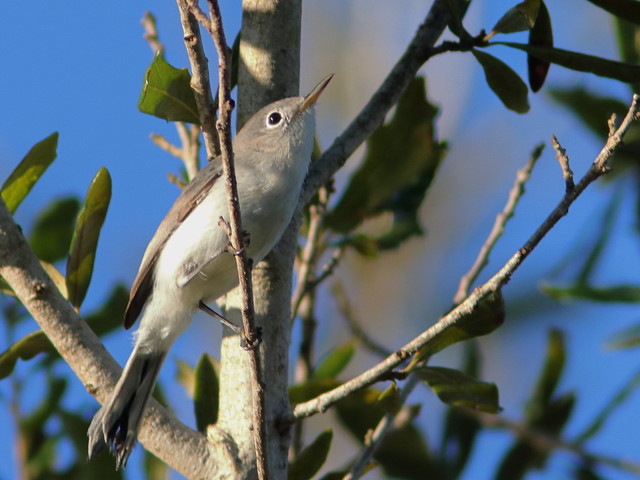 A grumpy Anhinga was sunning at the far end of the boardwalk. She protested my intrusion so I backed off after snapping a few images. Her red eyes glistened like jewels: 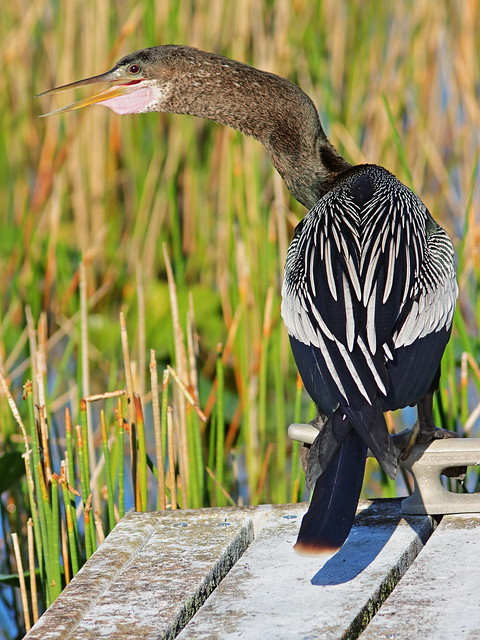 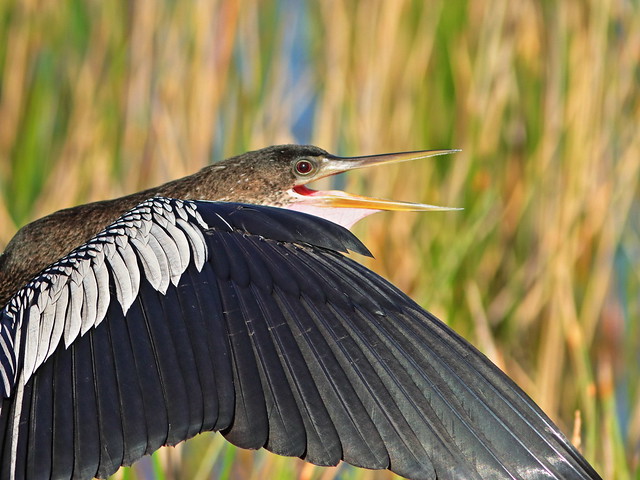 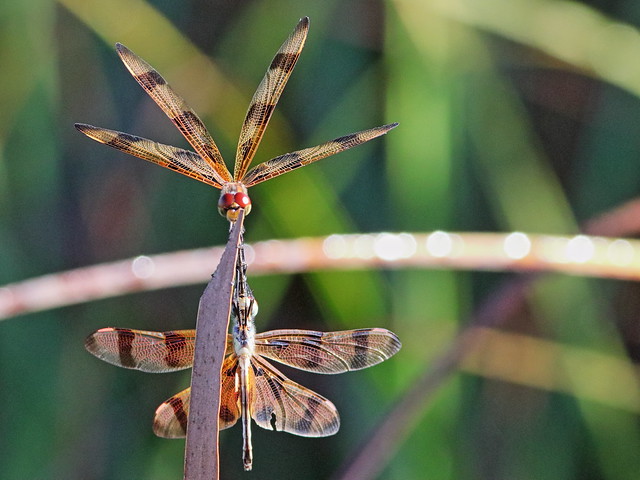 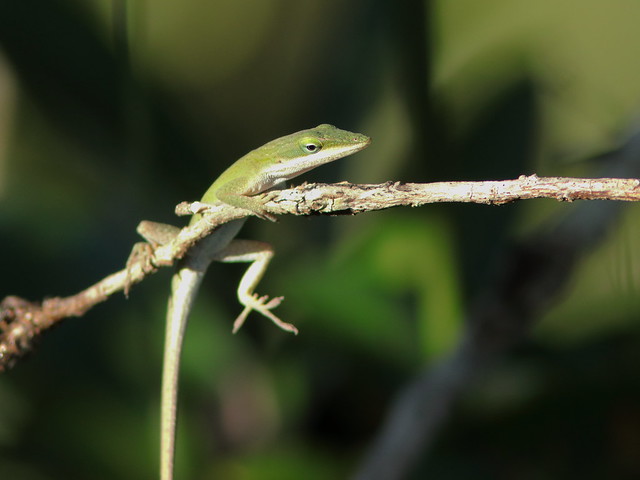 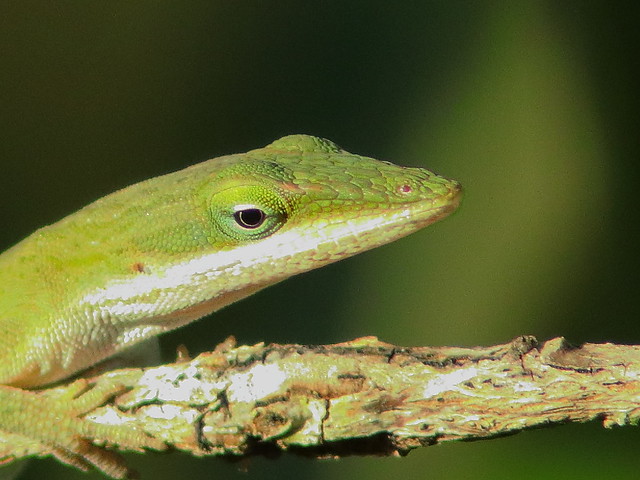 I had better luck in the Wounded Wetlands near our home. A Female Golden-winged Warbler showed up on September 20, my first ever record of this species in the local patch: 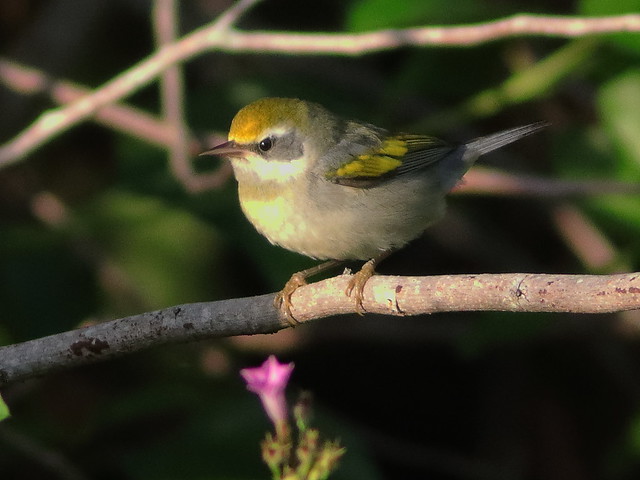 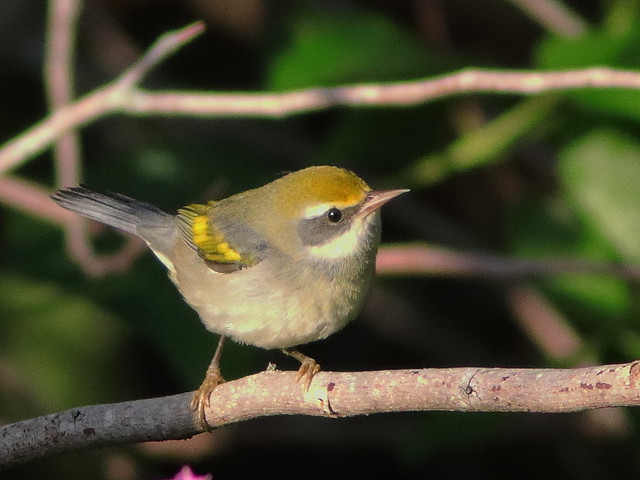 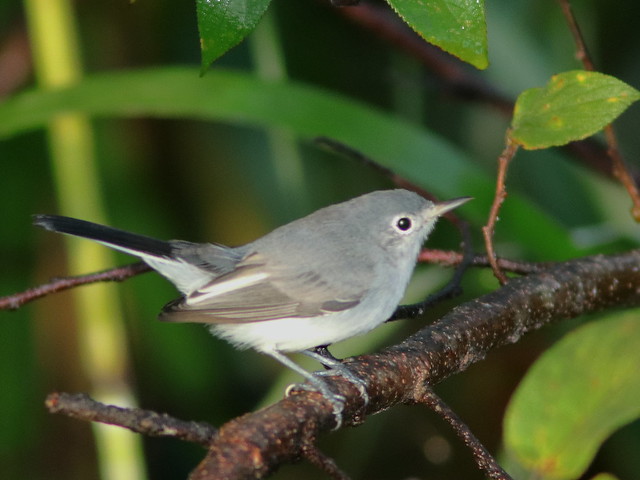 A Prairie Warbler hover-gleaned for insects: 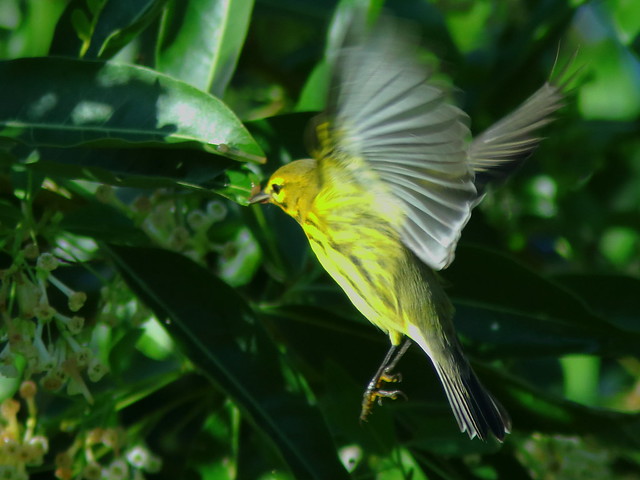 Another Prairie Warbler was missing his tail feathers. They should be finished molting and generally only replace tail feathers in pairs. Therefore this may have resulted from a close call with a predator such as a pursuing hawk. As bird banders can attest, some birds will "blow" all their tail feathers when severely threatened or to avoid being captured. 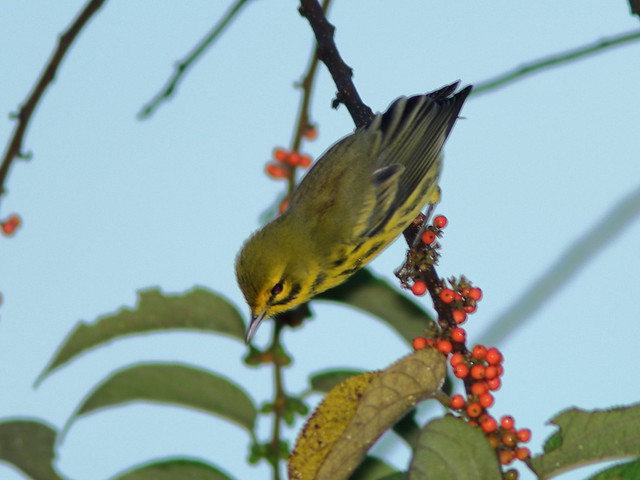 Other warblers included a female Black-throated Blue Warbler, here peering out from Ligustrum blossoms and berries... 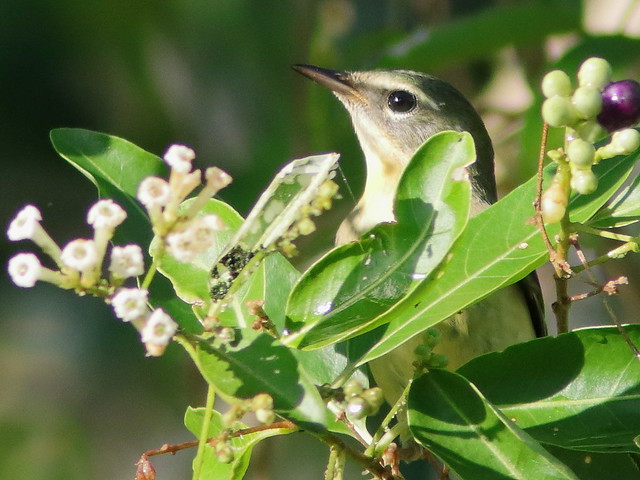 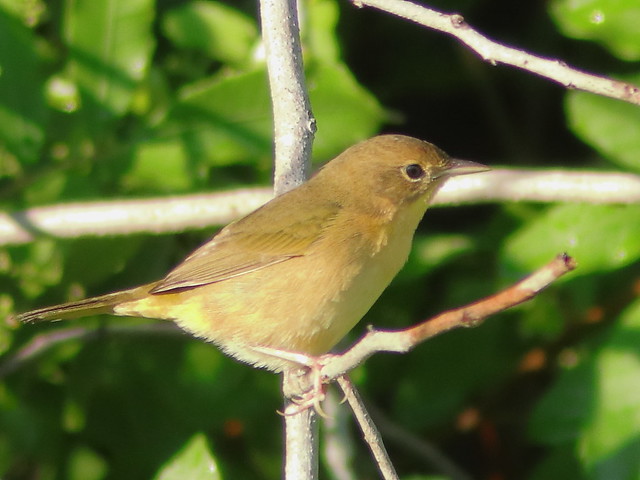 Acrobatic Black-and-White Warblers seemed to defy gravity while seeking insects hidden in the bark of a Live Oak: 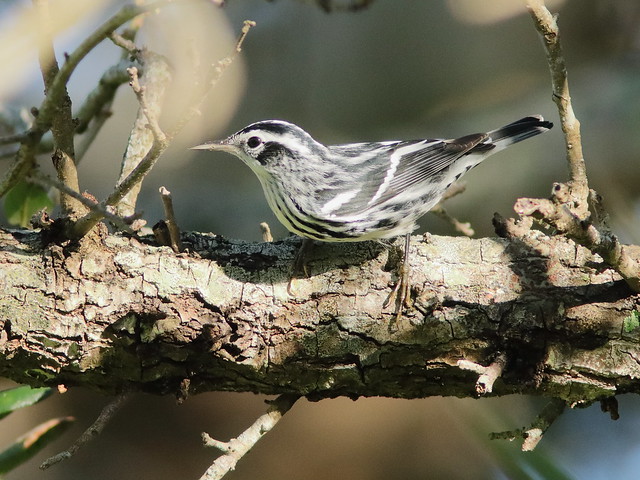 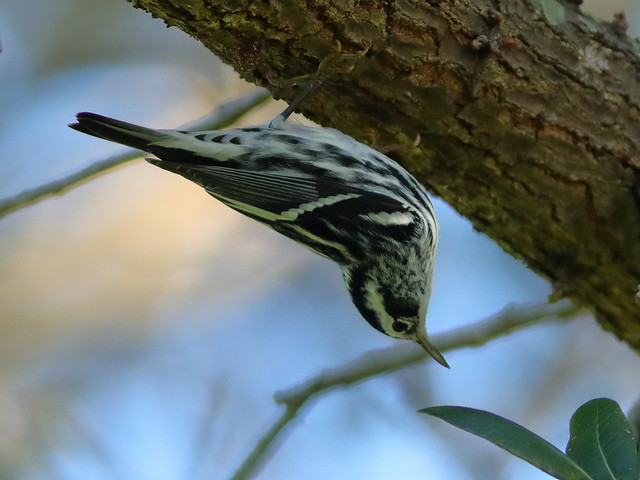 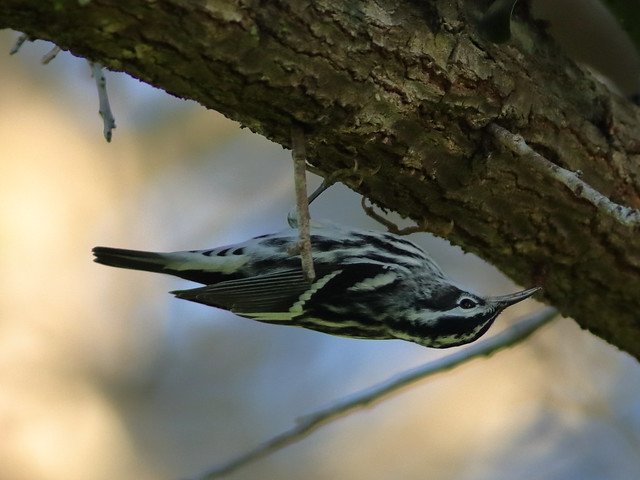 A Northern Parula warbler was mostly out of sight: 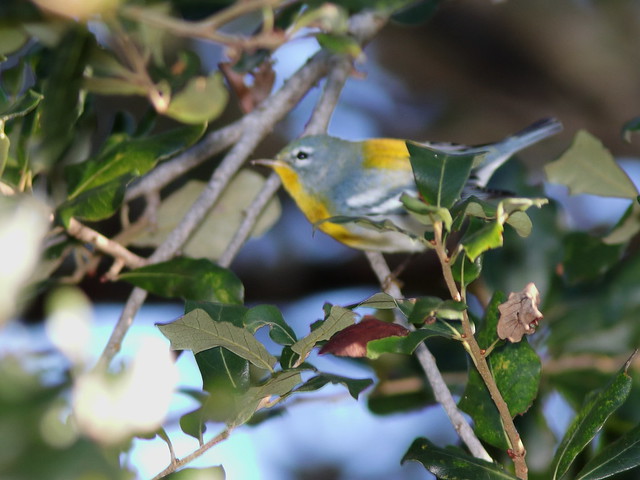 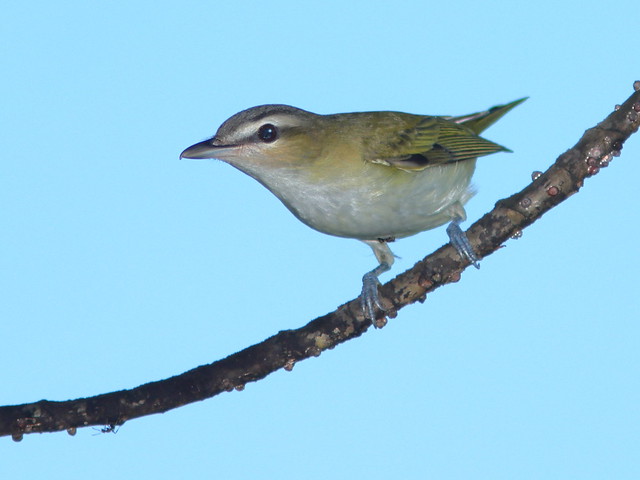 Oh those eyes! A Brown Thrasher peered out between the leaves: 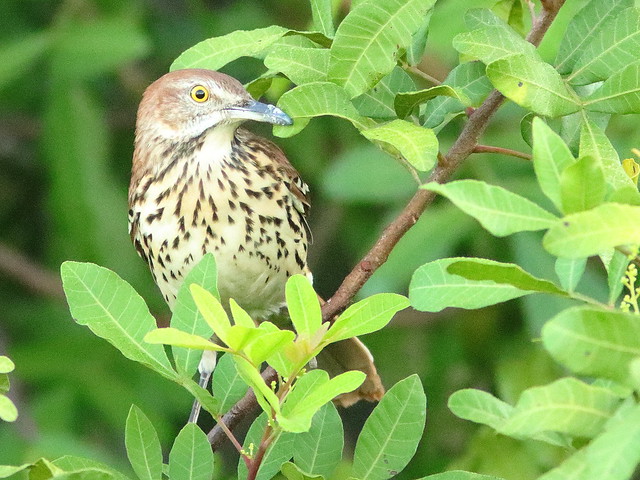 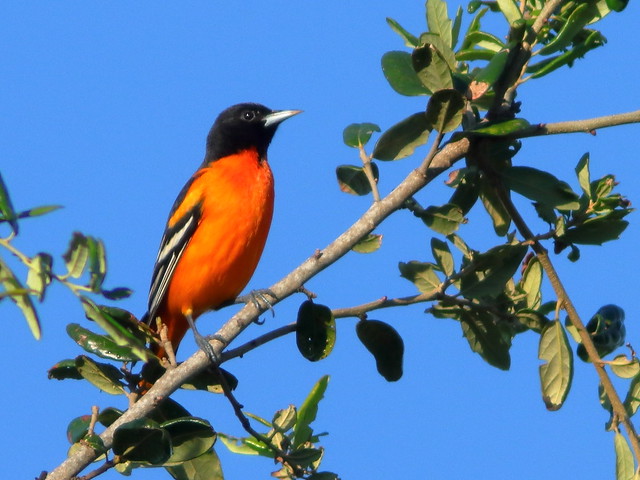 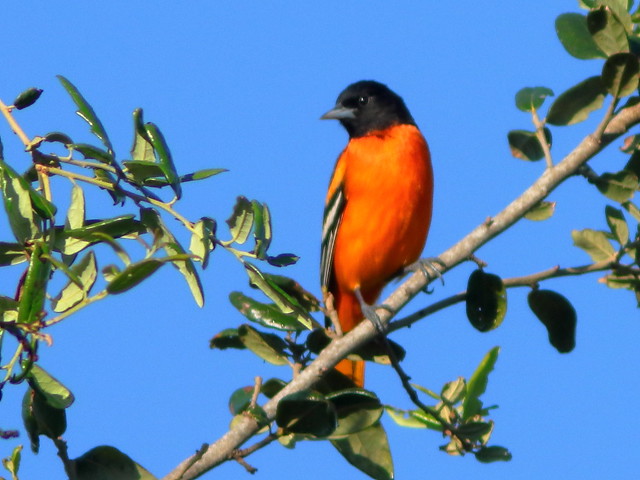 Out on the lake, only 5 minutes after sunrise, the Harvest Moon hovered over a swirling cloud (A nice example of the low-light performance of my iPhone 11 Pro Max): 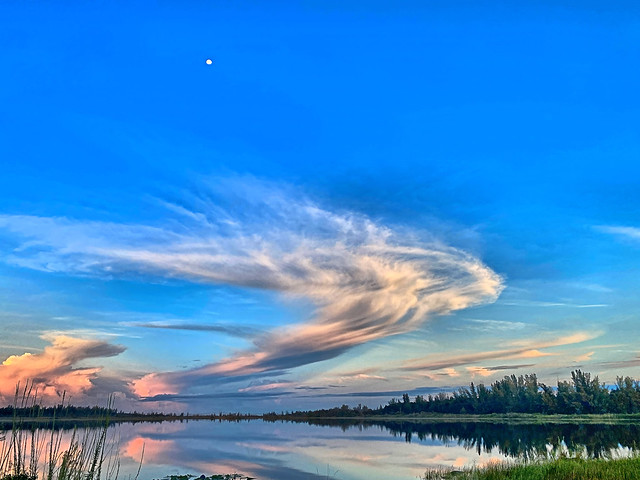