Back yard visions and decisions

Even though my condition prevents me from traveling far and wide, I do keep an eye on our back yard lake. Two very similar birds appeared together on November 2.

The Caspian Tern is largest and has a massive bright red bill. Its dark cap extends through the eyes into the forehead. Usually the tip of its bill is black, but apparently not on this specimen: 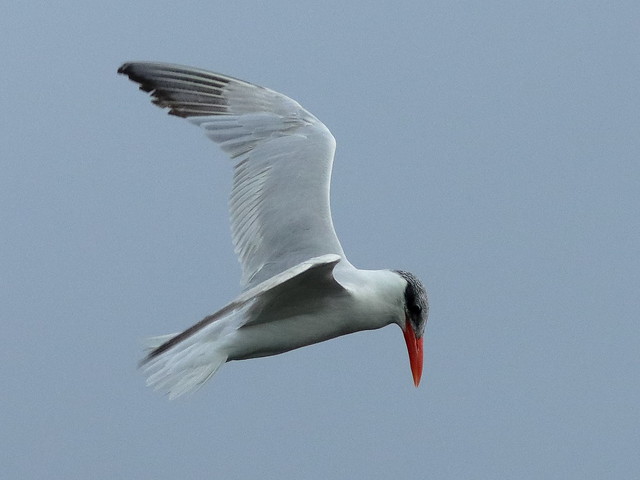 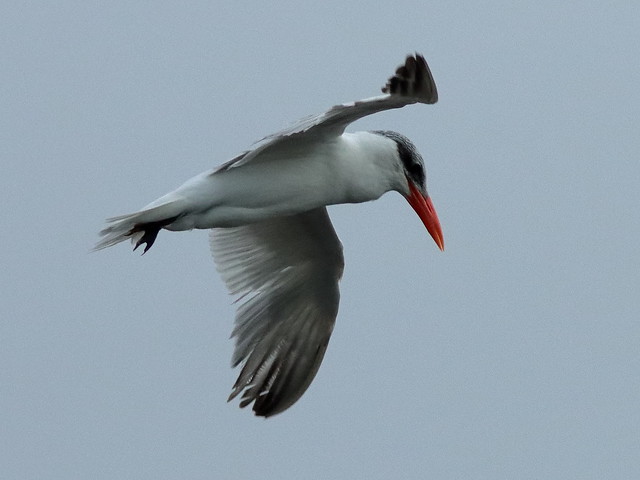 The dark cap of the streamlined Royal Tern generally does not extend in front of its eyes. Its longer tail is deeply forked and its bill is slender and more orange than red: 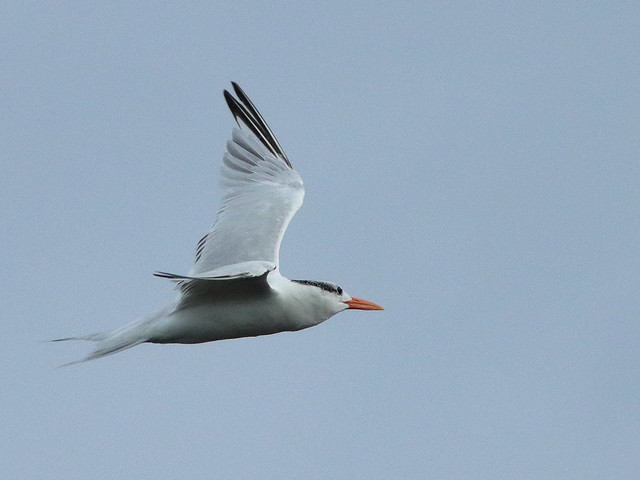 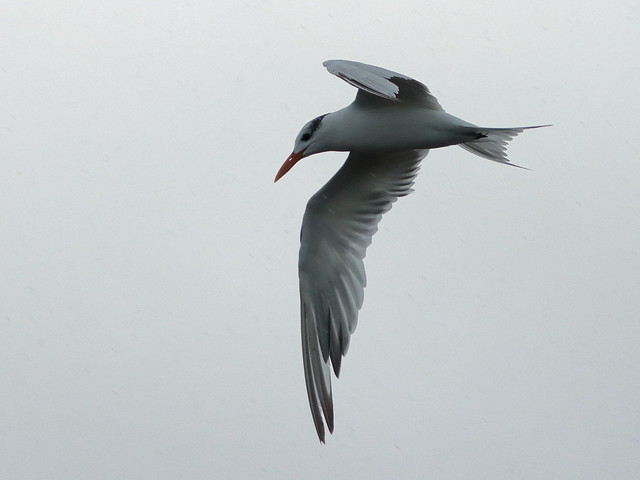 This female Anhinga believes she "owns" a spot at the edge of our lawn. The morning sun and prevailing easterly wind helps dry her extended wings: 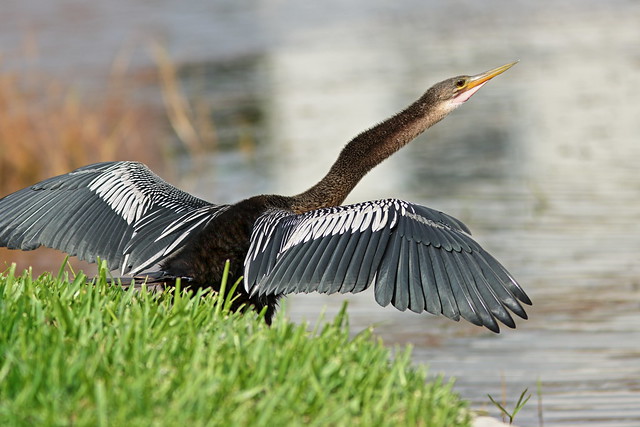 Threatened by my approach, she inflated her gular pouch: 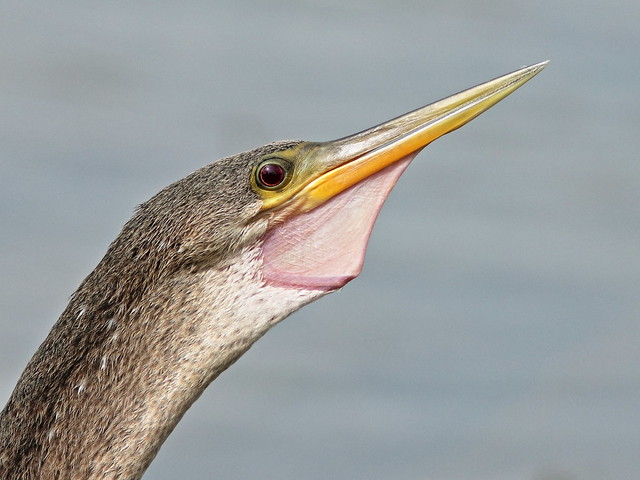 A Great Egret was so nearby that it was necessary to rotate the camera for a portrait exposure: 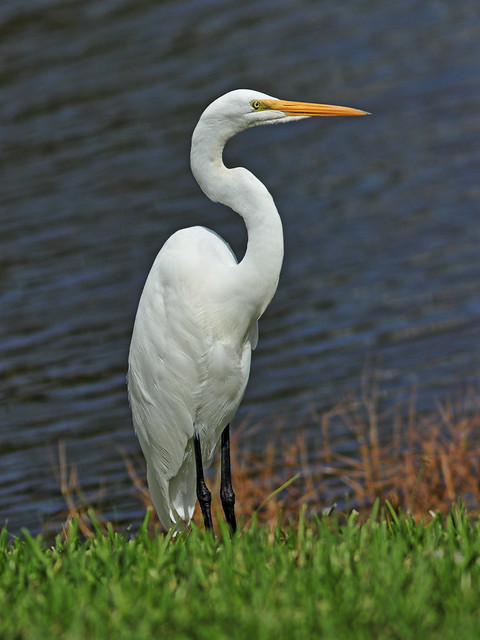 When the egret extended its neck I had to back away and process the image uncropped: 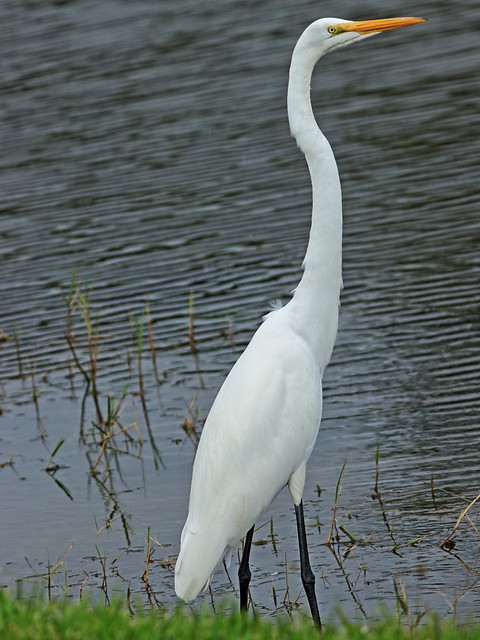 A Tricolored Heron rested at lakeshore: 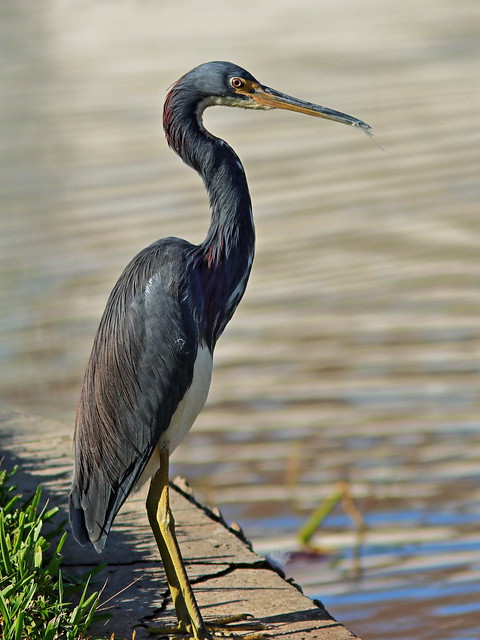 Across the lake, another Great Egret hunted intently: 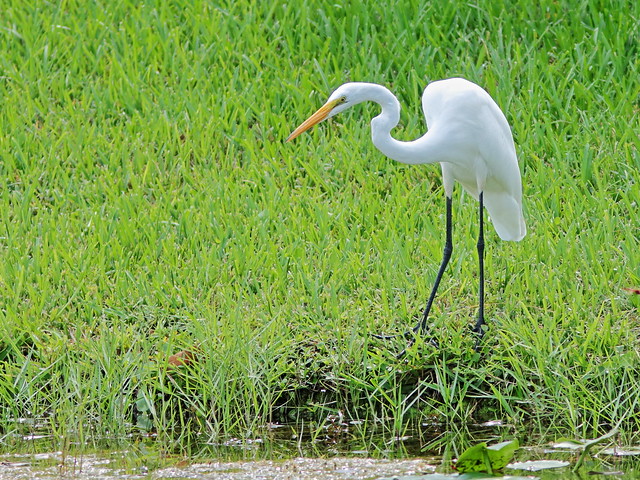 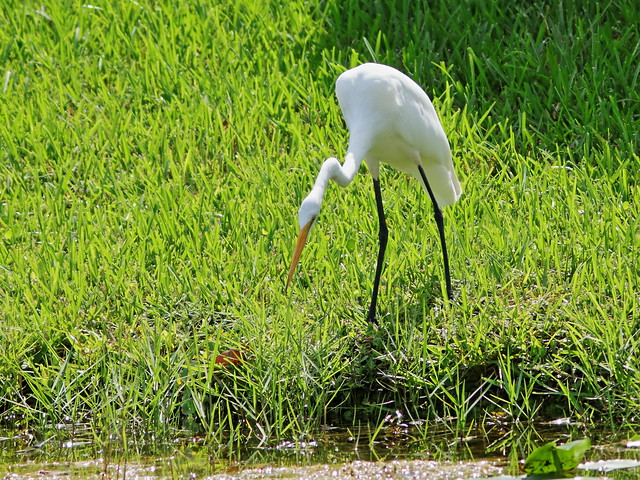 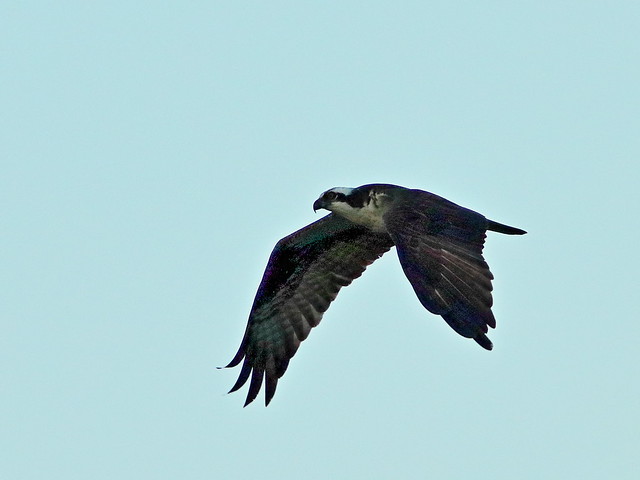 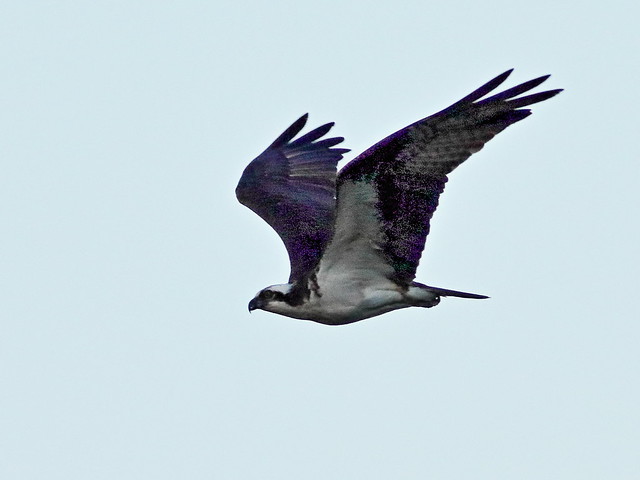 An angry red sunrise on November 2: 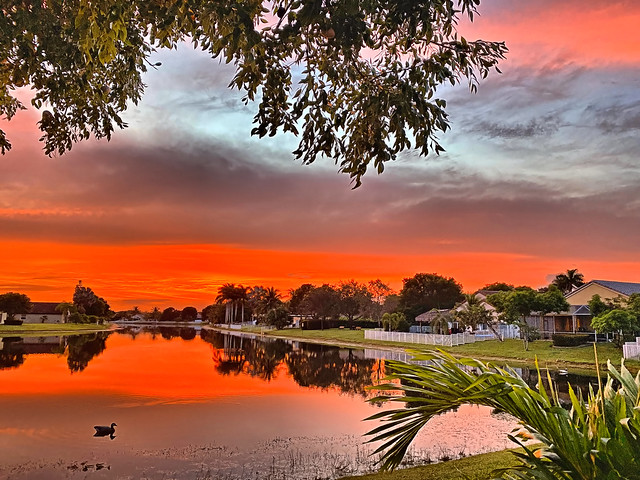 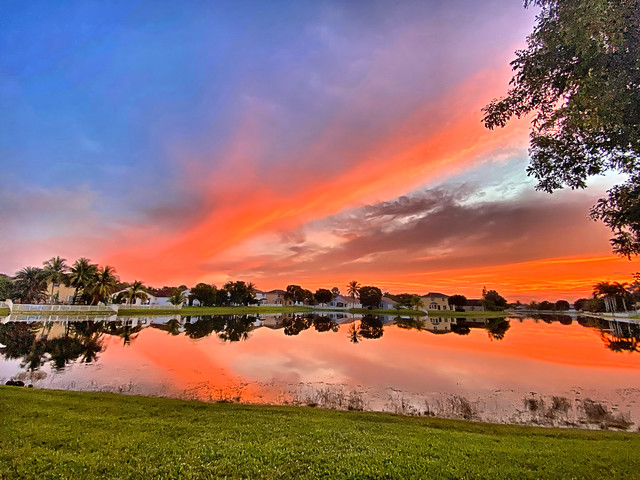 Today marks the fourth week since my surgery. The primary cancer in the cecum had not penetrated the colon and there was no evidence of local or lymph node spread. However, there were two small metastatic nodules in my liver. One was removed completely. The other was entirely ablated (cooked) with microwave energy.

The minimally invasive laparoscopic colon and liver surgeries were done in sequence by two surgical teams and each took about 2 hours. I feel very good right now and undergoing tests to determine whether any hidden metastases may be secreting tumor DNA into my bloodstream.

At my age (86) the possible benefits of chemotherapy are uncertain. It seems to be a choice between quality versus prolongation of life. Decisions are complicated by  the fact that we are in the middle of selling our Florida home and moving to Connecticut.