Missing my MDR of twenty species

Warblers and vireos (even a couple of locally breeding species), egrets, Killdeer, and Common Nighthawks have been scarce or absent from the Wounded Wetlands. Some birds are less conspicuous because they are tending to nests and young. Cardinals and Carolina Wrens are singing less often or are silent, but doves and mockingbirds do fill the air with their songs.

On one of those dull mornings this past week, standing vigil lakeside just after sunrise, I heard the call of a Green Heron. "Heard only" birds are accepted by eBird, but I tried unsuccessfully to find it-- until it walked out into the open: 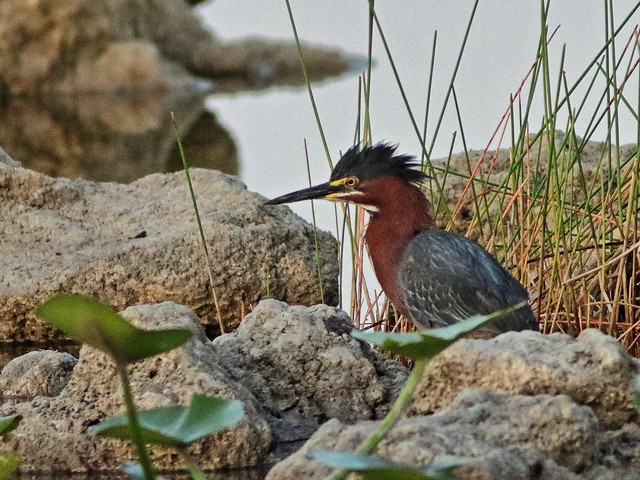 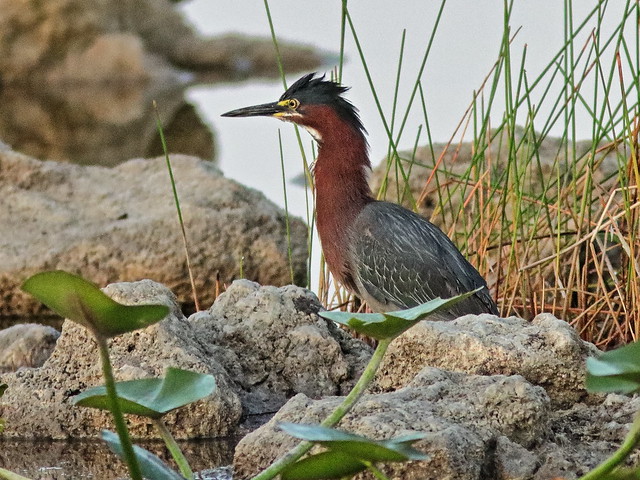 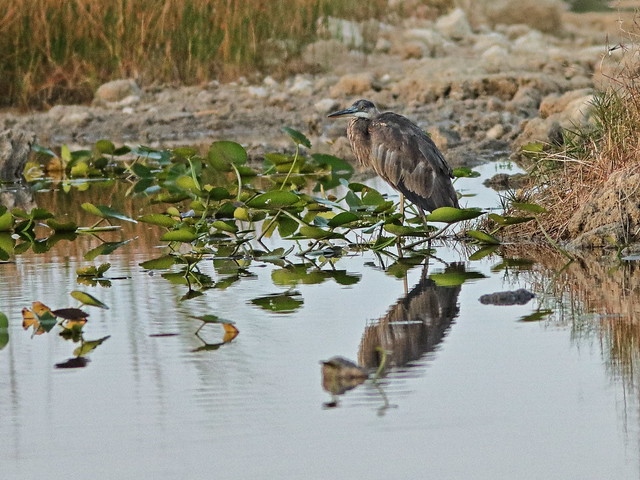 A Loggerhead Shrike hunted for grasshoppers from a low perch and a hungry youngster waited: 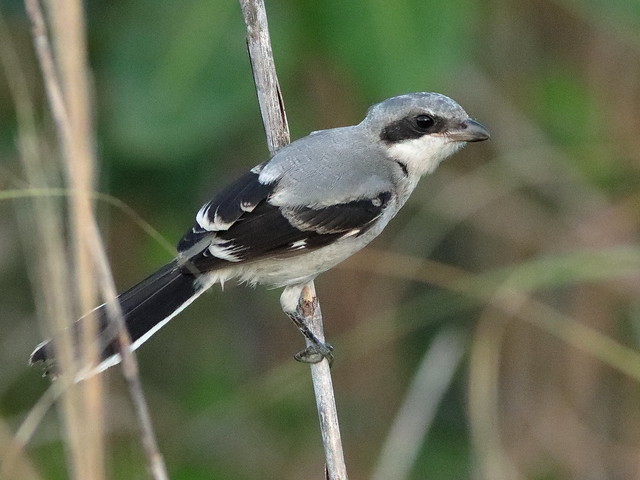 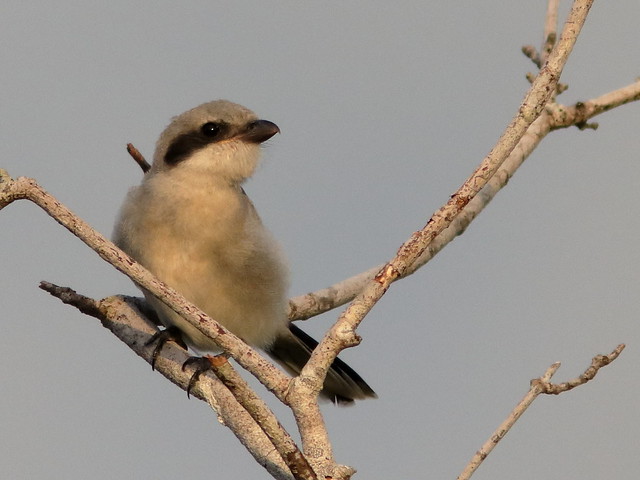 A singing Northern Cardinal was only visible with my flashlight: 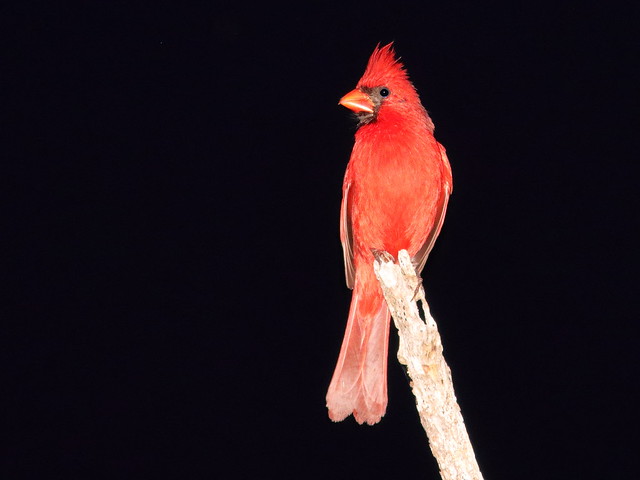 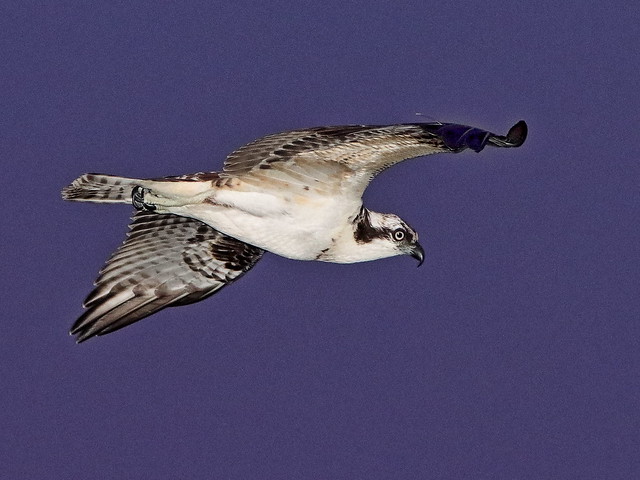 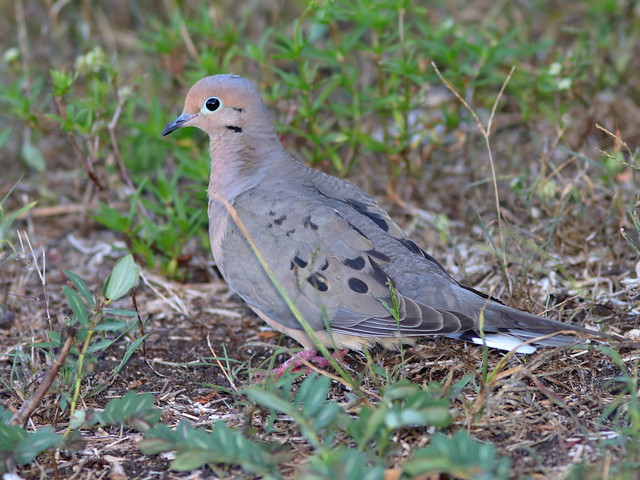 Nearby, an immature of its species eyed me with suspicion: 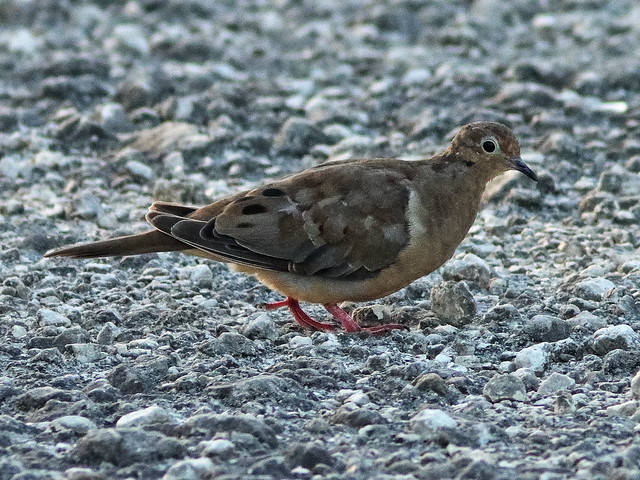 A Little Blue Heron foraged along the canal: 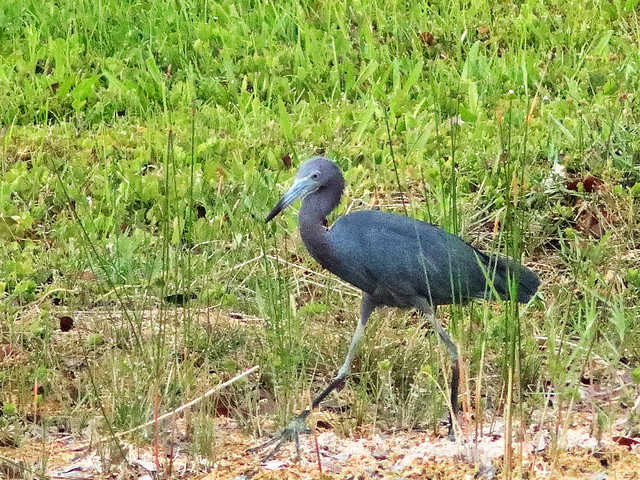 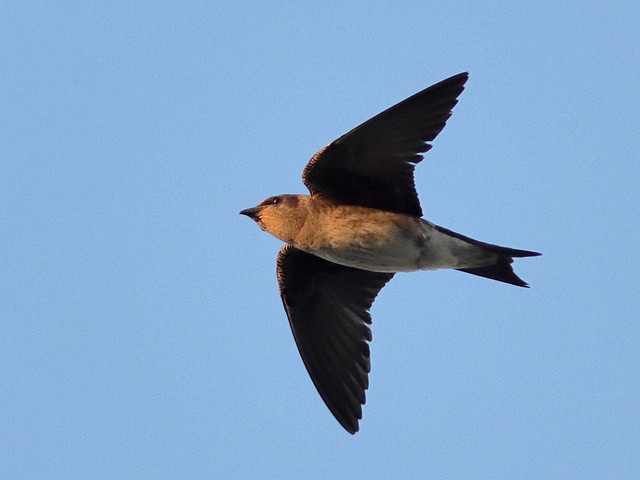 Sunlight brought out the iridescence in the plumage of a male Boat-tailed Grackle: 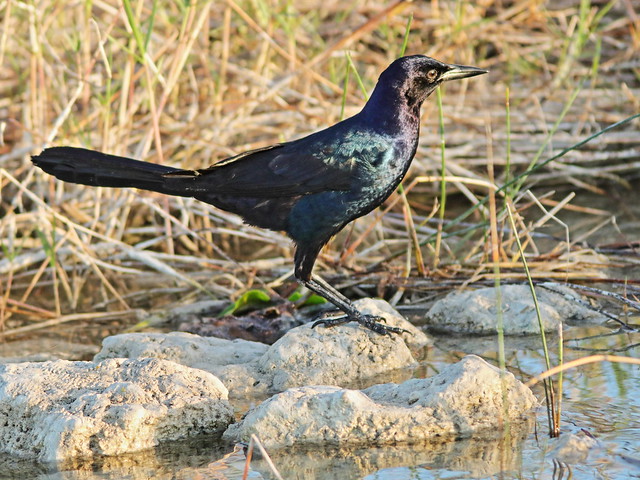 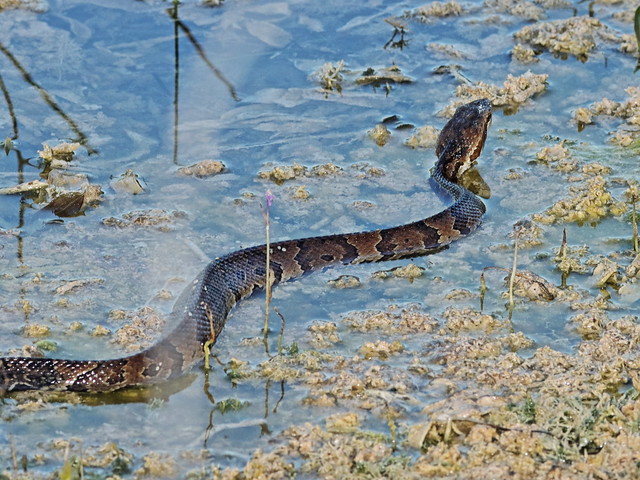 Close look at its black mask and slit pupil: 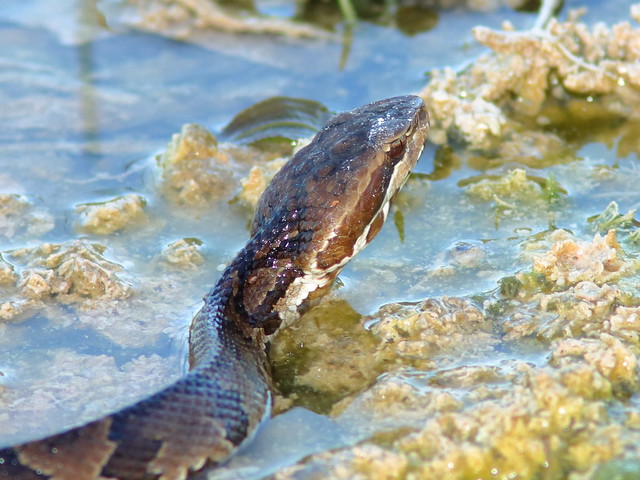 This curious Gray Squirrel was far from any trees and dashed off to find one as I approached: 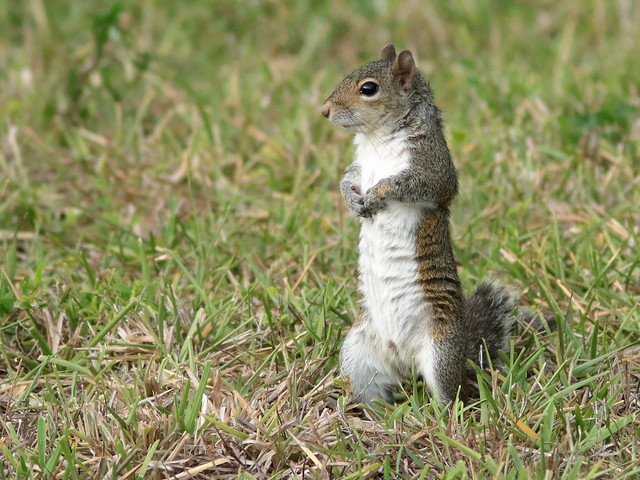 At sunrise, a sunburst: 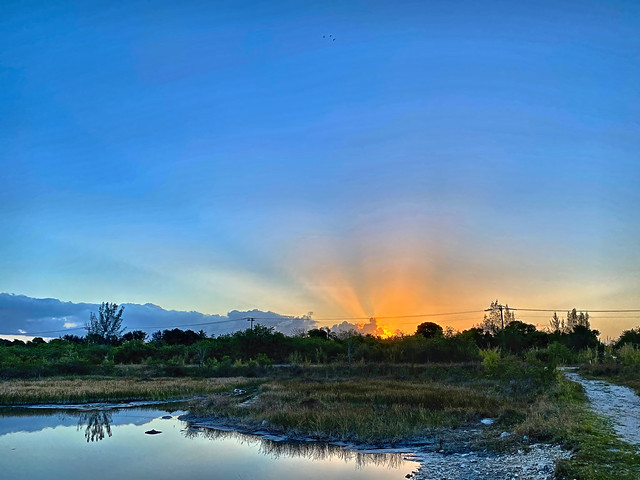 The sky was brightening up, but the Pine Bank had not yet been touched by the sun's rays: 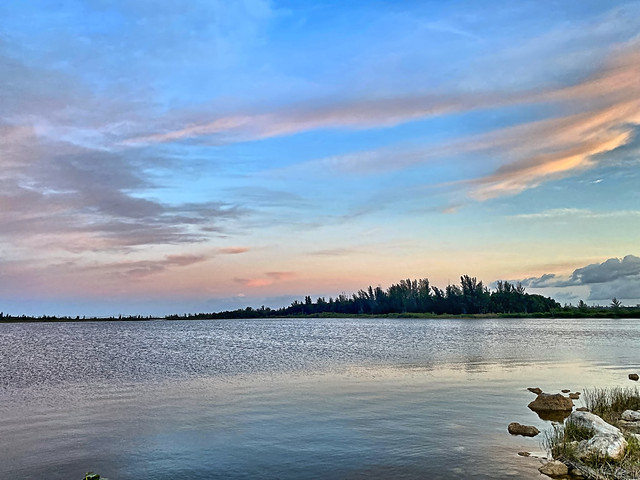 The Audubon Center for Birds of Prey in Maitland, Florida released this statement about P Piney 27, the first eaglet to fall from the nest, at the age of about 5 weeks on April 18:

“The Audubon Center For Birds of Prey is saddened to report that the first eaglet rescued from the Pembroke Pines nest had to be humanely euthanized due to the severity of her injuries and lack of response to treatment. These difficult decisions are not made lightly and are discussed with a consulting vet and US Fish and Wildlife to determine what is best for the bird and their future quality of life. While this is not the outcome we all hoped for, we are grateful to those who watched this nest and helped rescue this young bird when her nest collapsed. The prognosis for the sibling who also has a wing fracture is still uncertain, but we are doing our best to give it every opportunity to heal and get a second chance at life. We appreciate your support and understanding.”

This was my first photo of P Piney 27, on March 18, exactly one month before he (we assumed a male because of its slower growth and passive behavior in the nest) fell from the damaged nest. He was probably a little over one week old at this time: 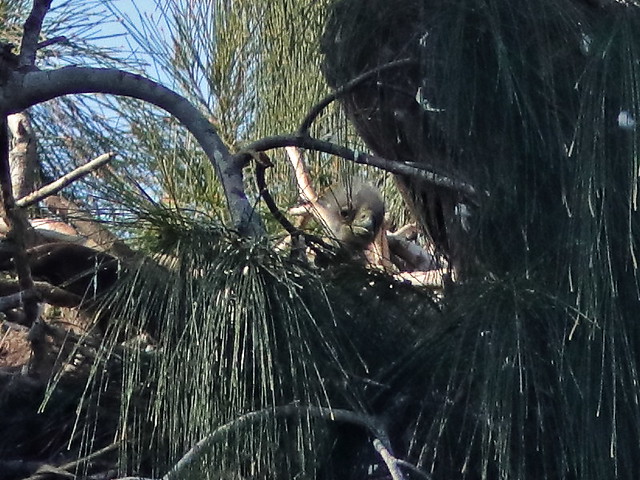 This was my last photo of him with P Piney 26, his older and larger (presumed) sister in the nest, on April 7: 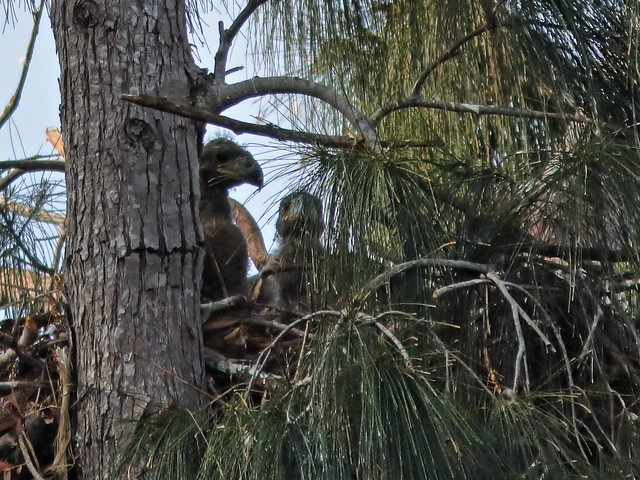