The rainy season has arrived and often encourages us to enjoy the wildlife in our own back yard.

This female Anhinga was resting at the edge of the lake: 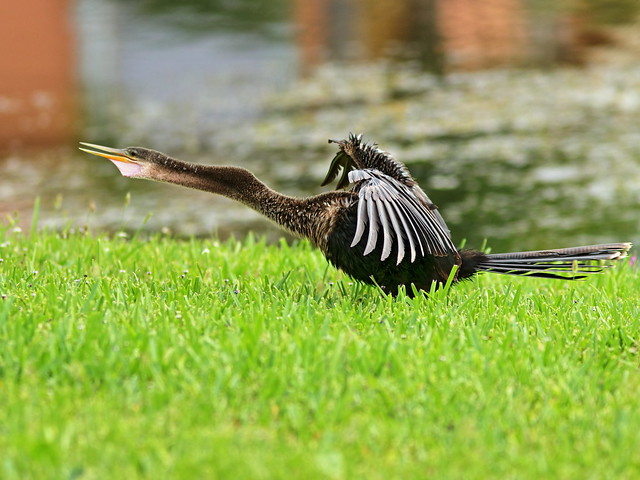 She took flight soon after I pointed my  camera her way: 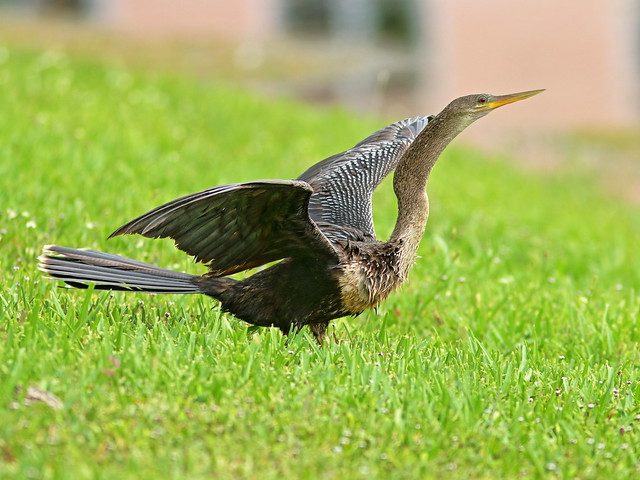 The rain was good for our lawn, and White Ibises foraged in the overgrown grass: 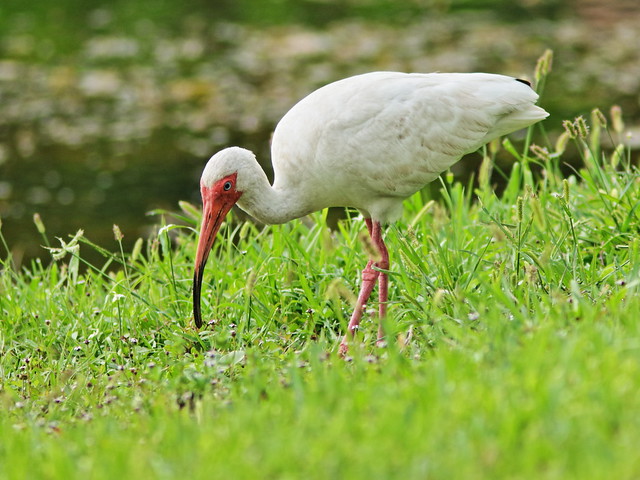 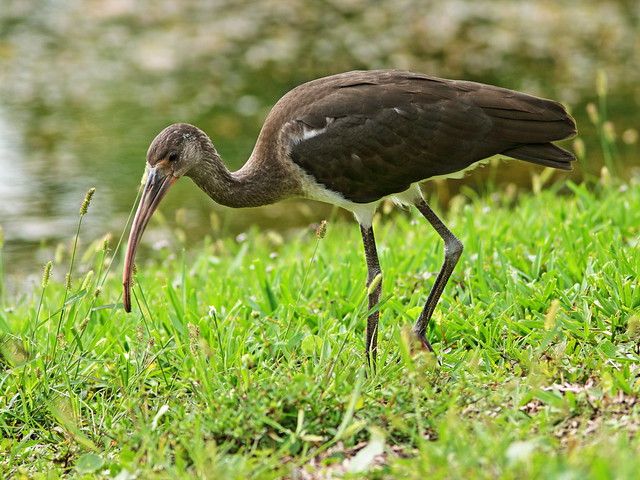 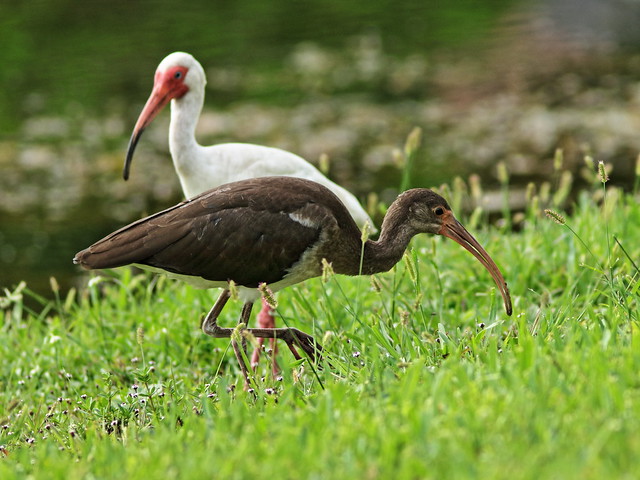 Little Blue Herons exhibit quite the opposite sequence of colors. The plumage of this piebald immature heron is molting from white to dark blue: 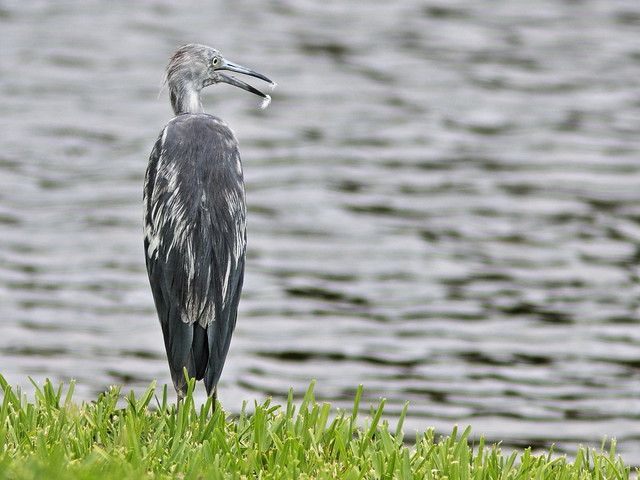 It also did not tolerate my presence and flew off to the opposite shore: 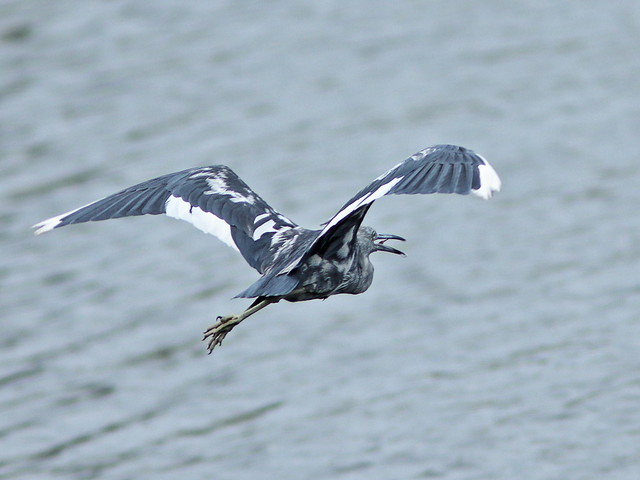 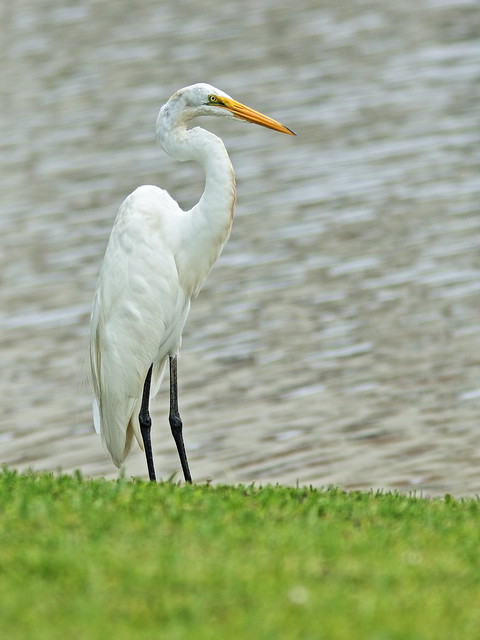 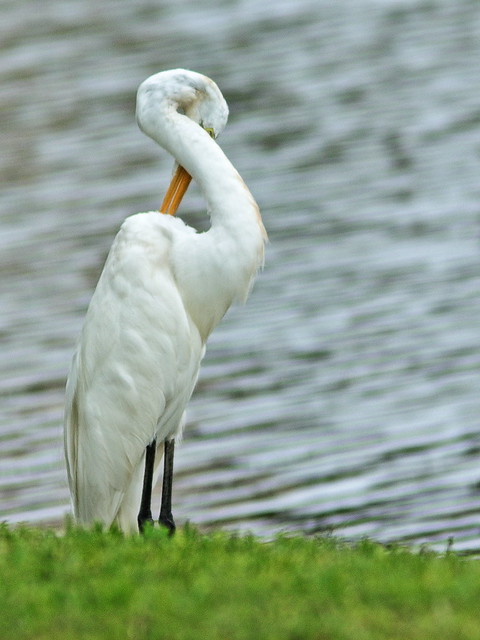 A male Muscovy Drake showed off his "hairdo:" 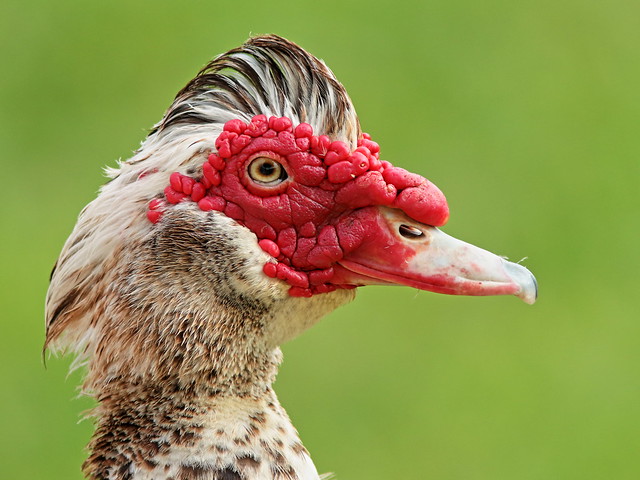 After we returned to our home in south Florida from our brief stay in Tennessee, our eyes were on a succession of tropical disturbances, one of which strengthened into a hurricane and struck the western coast of the Florida peninsula. 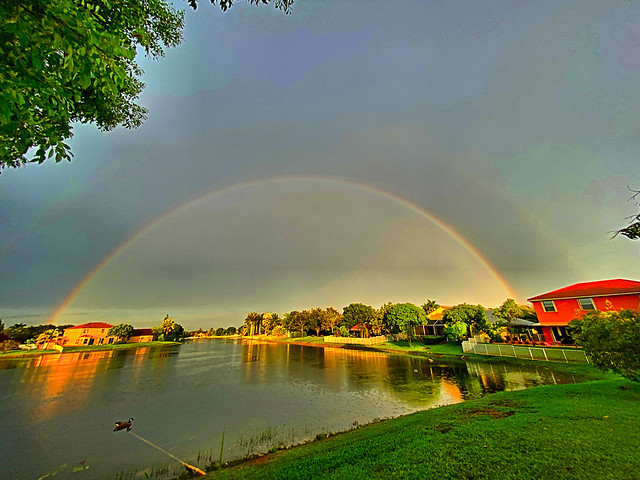 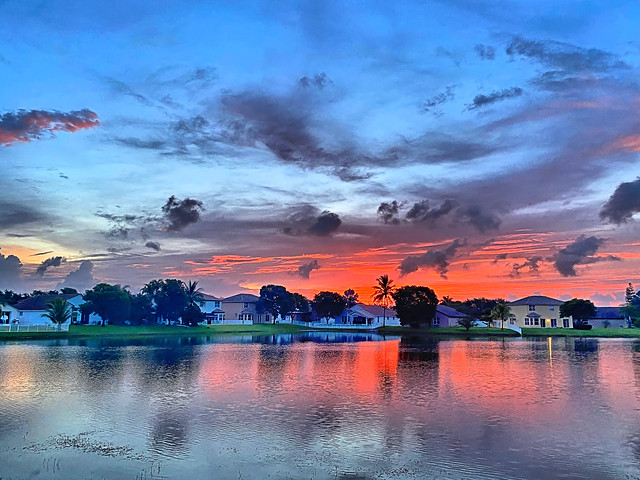 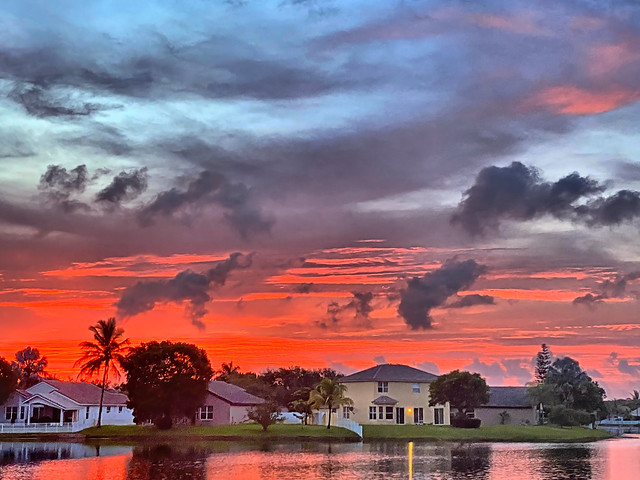 Tropical Storm Elsa strengthened to a hurricane and coursed just off the Gulf coast, making landfall to our north on July 8th. It was the earliest 5th named tropical cyclone on record. The blue spot marks our position:

Out in the local Wounded Wetlands, water levels were high and the deer moved in to higher ground. A nice White-tailed buck photobombed my image of an egret on the wet prairie: 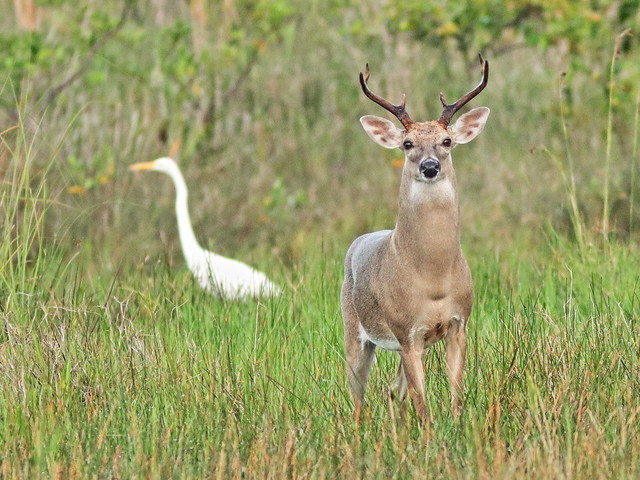 Three other bucks emerged on the scene (iPhone photo): 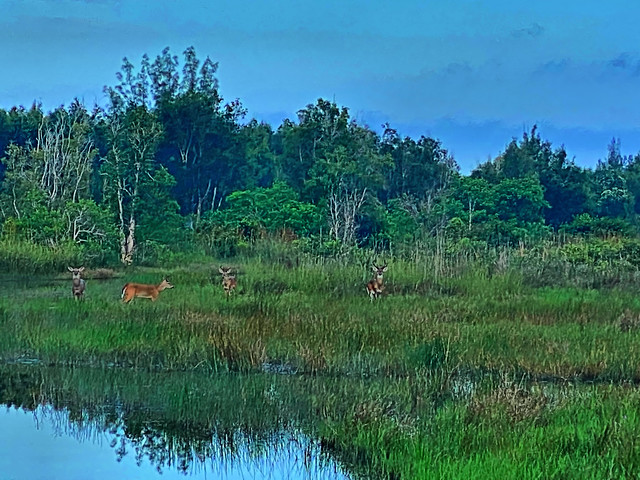 A fifth and larger buck suddenly appeared at the flooded edge of the prairie, and waded across towards the others: 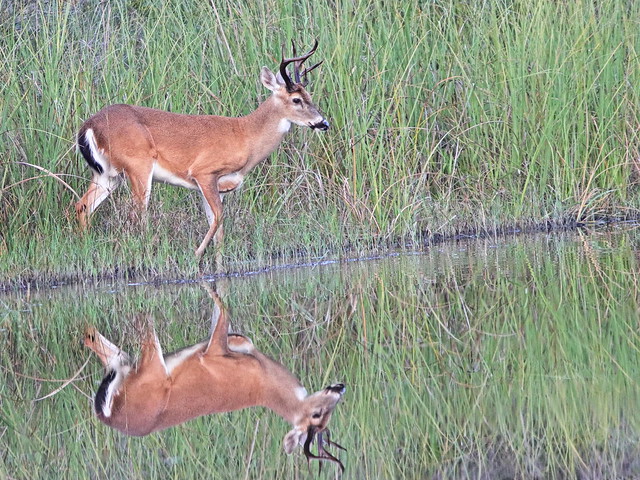 His left antler was malformed, having two main trunks: 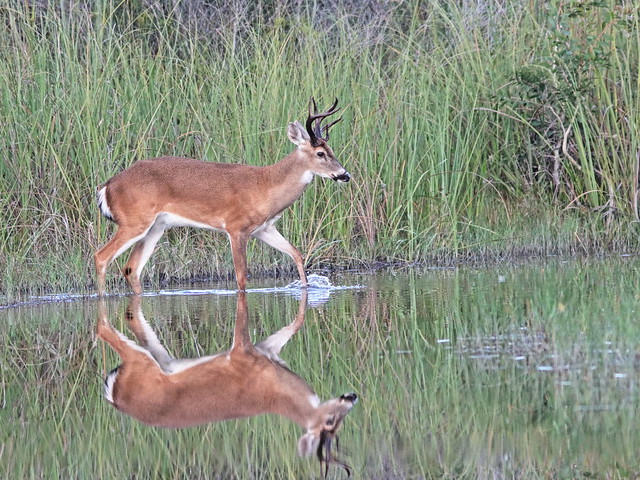 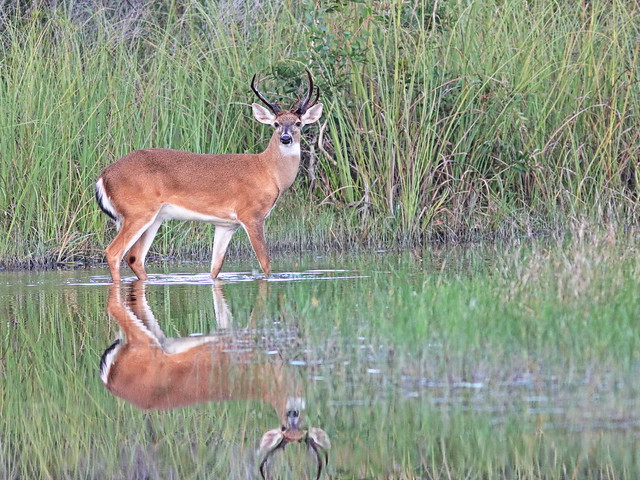 The smallest of the original four hid away and two immediately challenged each other. They jousted briefly as if anticipating a threat from the newcomer: 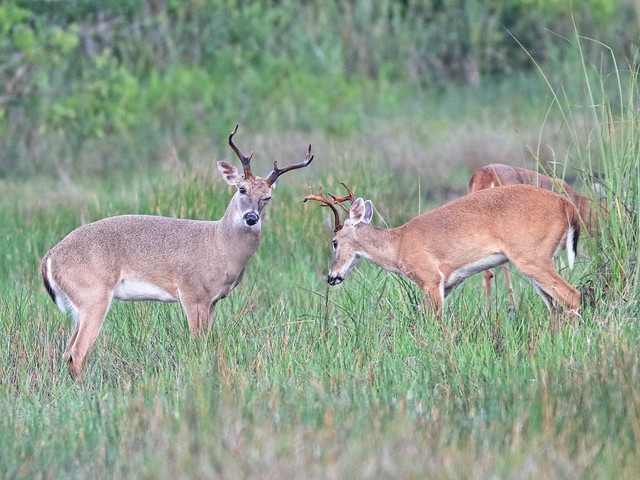 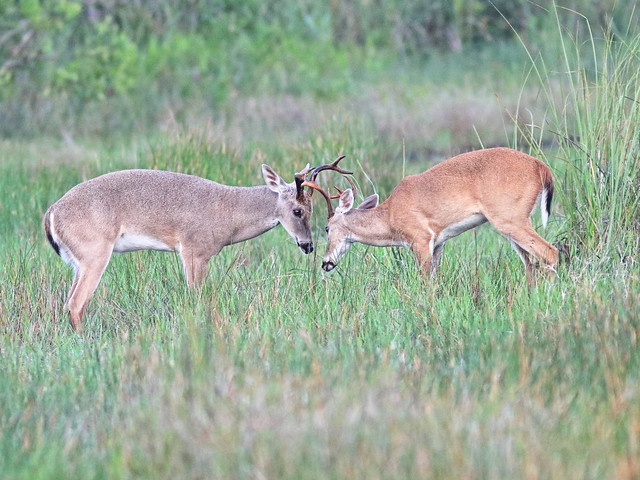 The "winner" (to the right above) was then challenged by the interloper with the deformed antlers (on right below)  and submitted readily. The third buck seemed to realize it was safer to remain an onlooker: 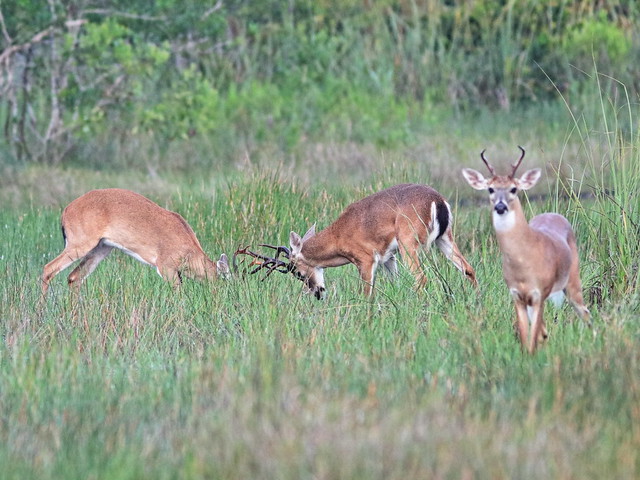 I assumed that the object of their attention was probably this doe which I found nearby, partially hidden: 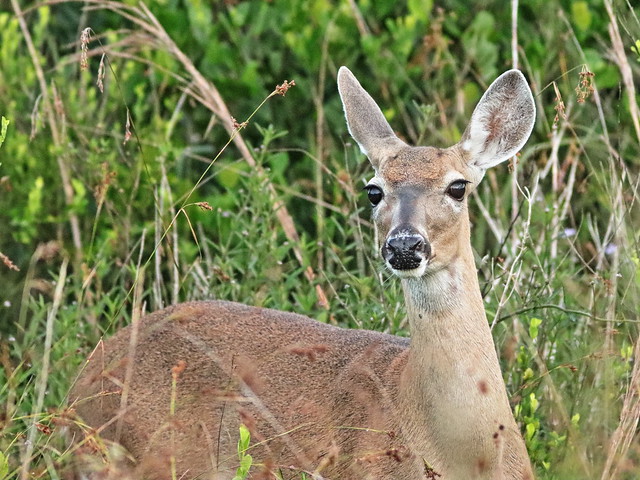 However she suddenly directed her attention to a sixth buck which strolled towards her from quite the opposite direction: 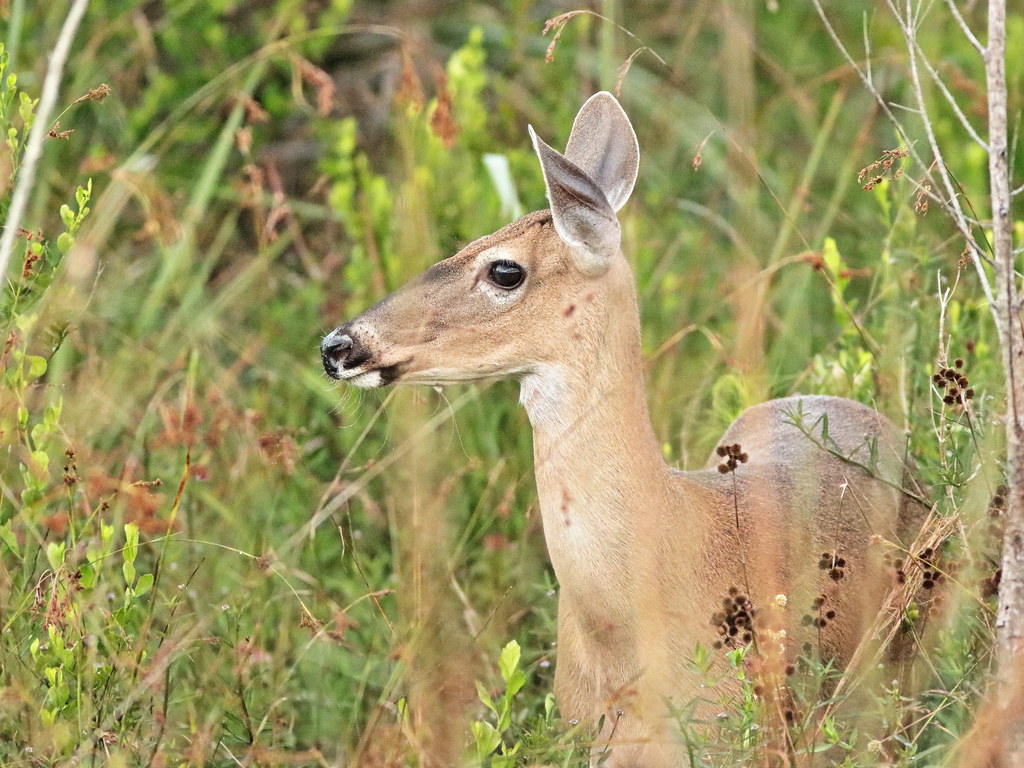 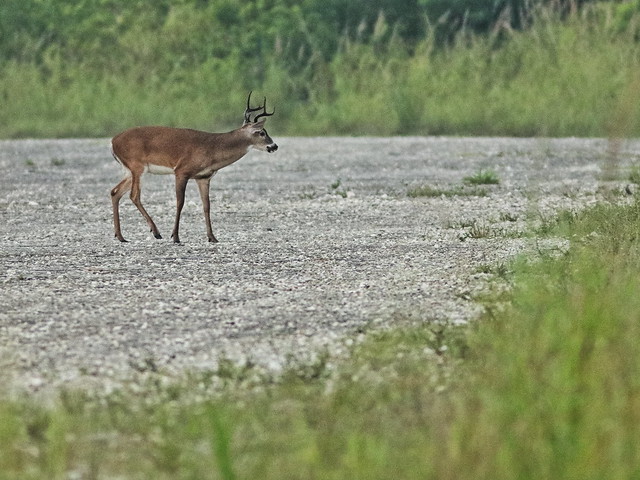 Rain threatened, so I retreated and never did see the conclusion of the deer drama.