South Florida has settled into a rather boring but typical wet season pattern following the spate of tropical storms which culminated in Elsa. We are also in the middle of the Saharan dust season. Dry air masses laden with dust have been coursing over from the African continent. This has the welcome effect of reducing the intensity of the tropical storms which spawn cyclones in the eastern Atlantic ocean.

Visits to nearby Chapel Trail Nature Preserve were not very productive. The high water levels dilute out aquatic prey and wading birds are free to forage over a much greater expanse.

Often I can find a dozen or more Gray-headed Swamphens, but this morning there was only one: 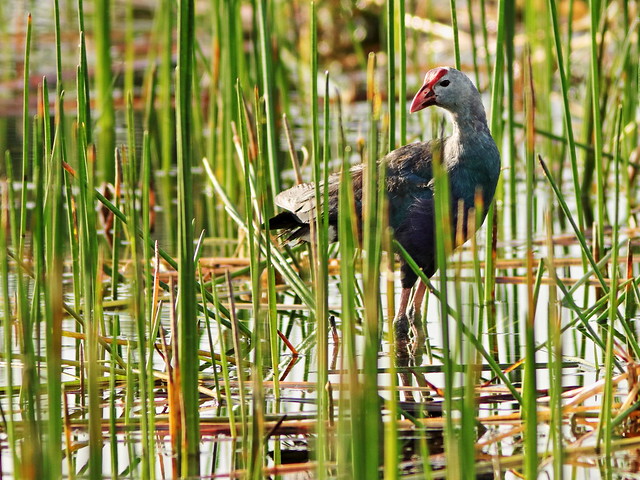 A pair of Northern Cardinals foraged on the boardwalk for the fallen fruit of an overhanging tree: 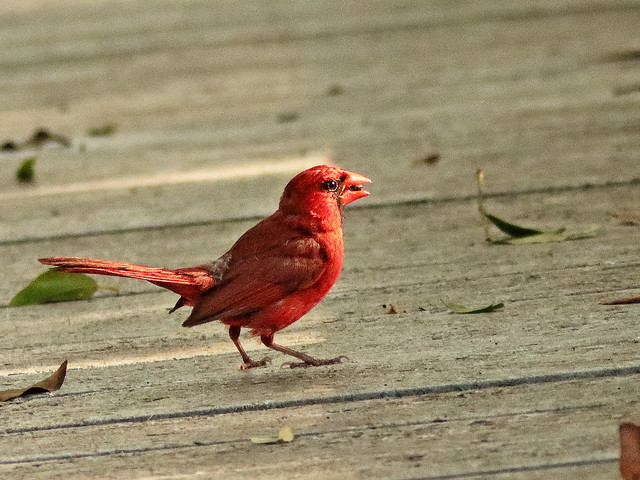 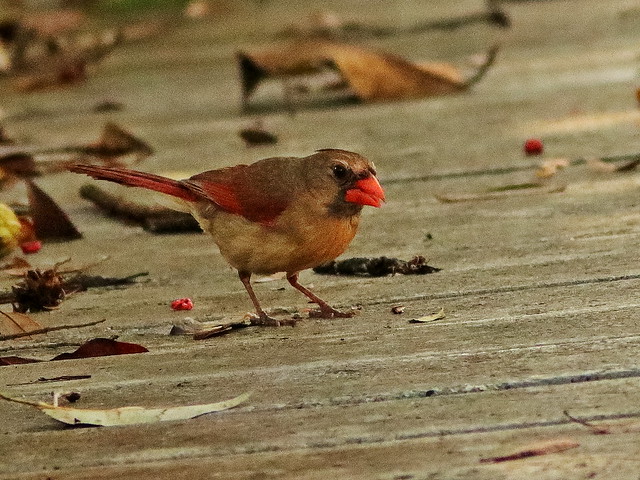 The male cardinal perched on the boardwalk railing near an interpretive sign: 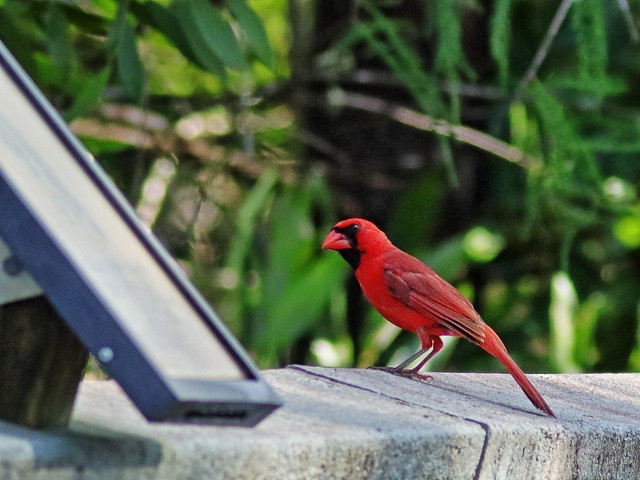 A male Anhinga, partially hidden in the spike-rush, dried his wings: 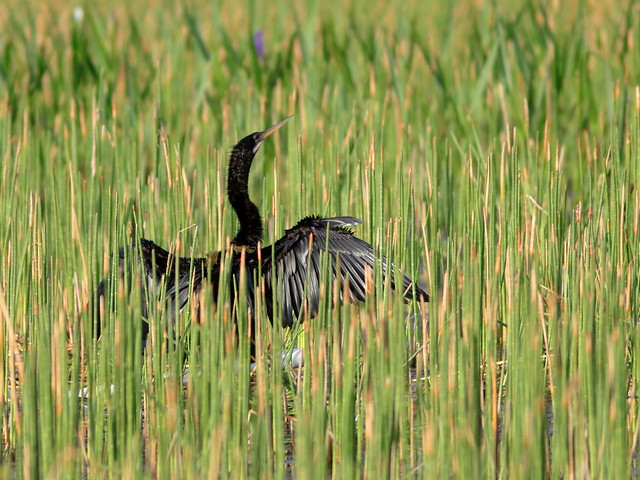 A juvenile Red-bellied Woodpecker searched for food on the trunk of a small tree: 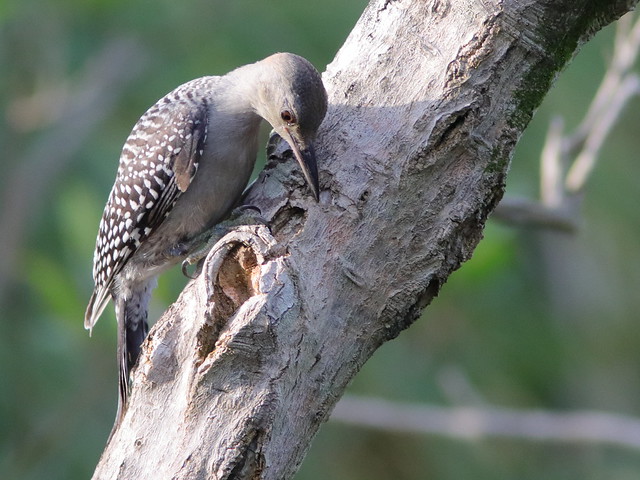 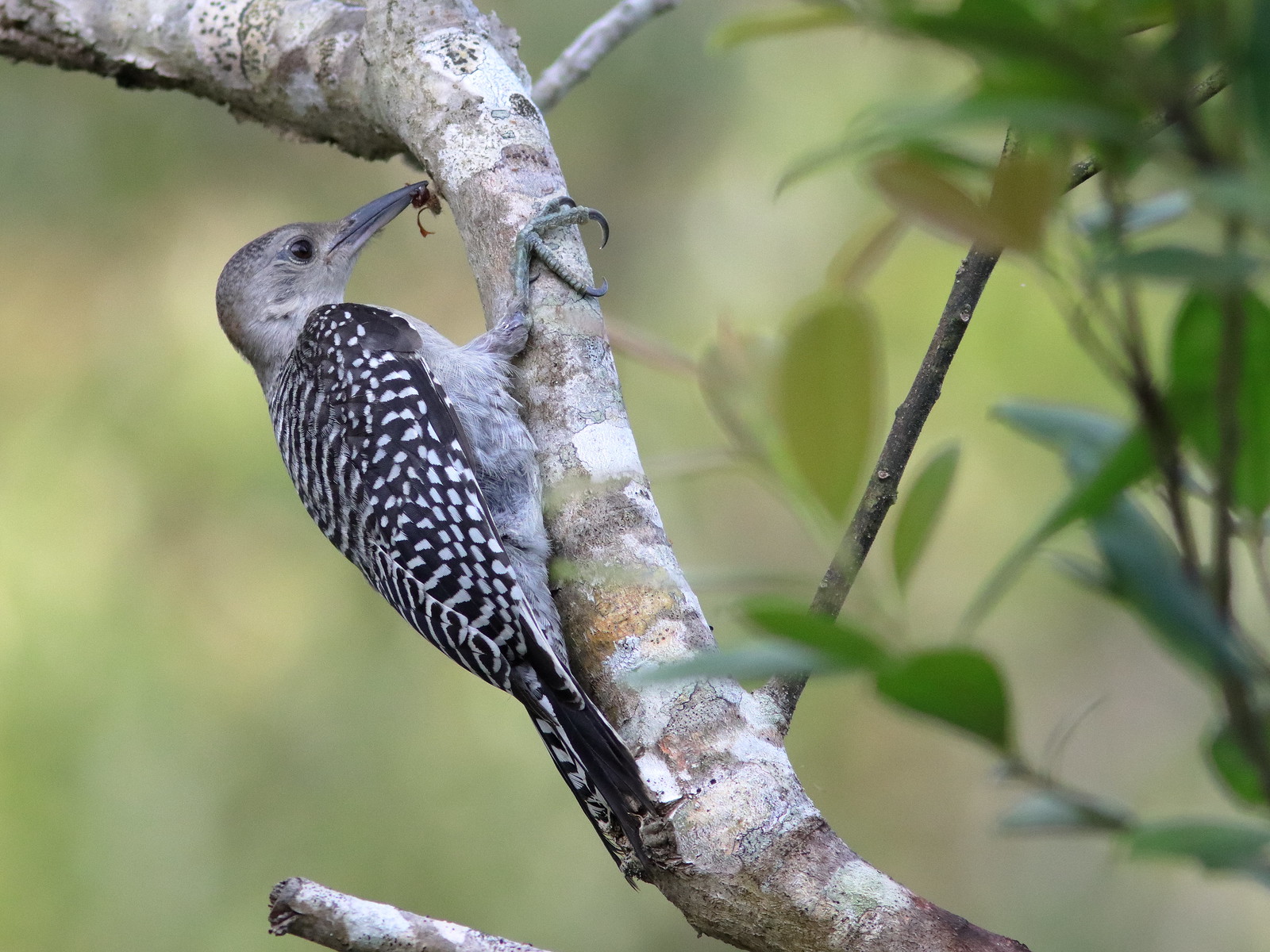 White-winged Doves nest along the boardwalk: 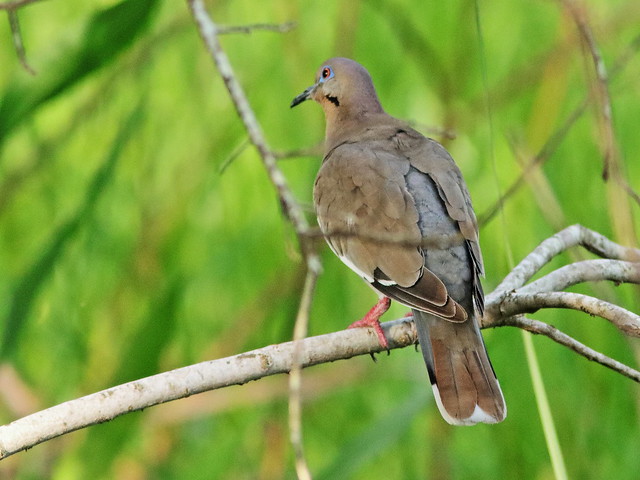 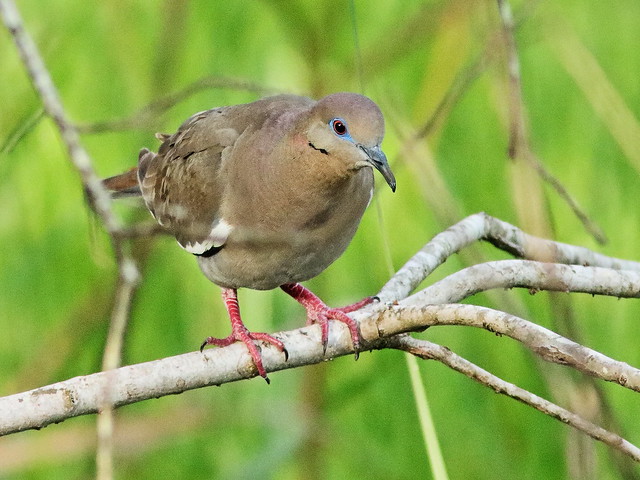 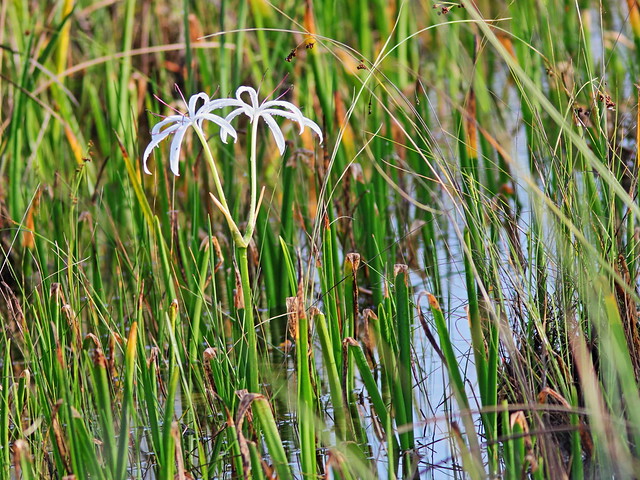 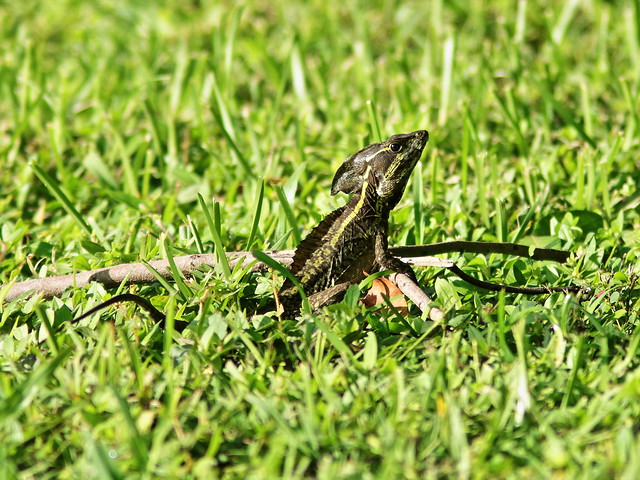 The Sarahan dust is said to stabilize the weather, which has been rather monotonous, with warm days and nights along with intermittent "pop-up" showers. This past week's forecast was remarkable (32.2 to 25.5 Celsius): 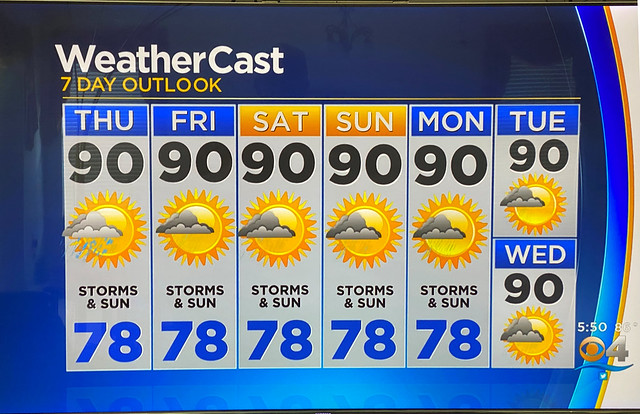 The dust can produce very colorful sunrises and sunsets. Fifteen minutes before sunrise this past Saturday morning, the unseen sun was reflecting off a pink mass in the upper atmosphere: 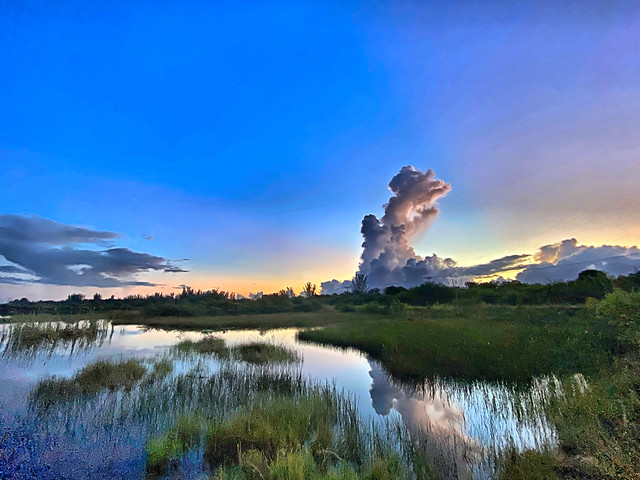 Within minutes, sunlight had illuminated the expanse of the dust cloud: 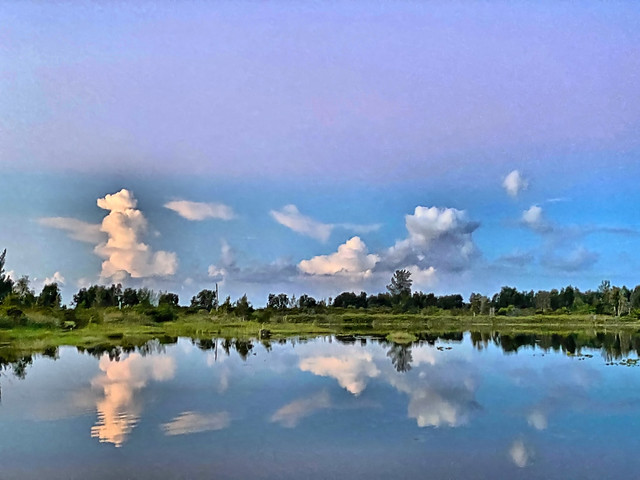 While the sky directly overhead was otherwise clear, storm clouds were lined up along the Atlantic coast to the east. The shadows of the tops of the clouds broke the rays of the rising sun. The rays reflected off the dust layer and converged over the Everglades on the opposite (western) horizon. The anti-solar rays were creating a "false sunrise," so I hurried to the lake to catch the reflections on the still water: 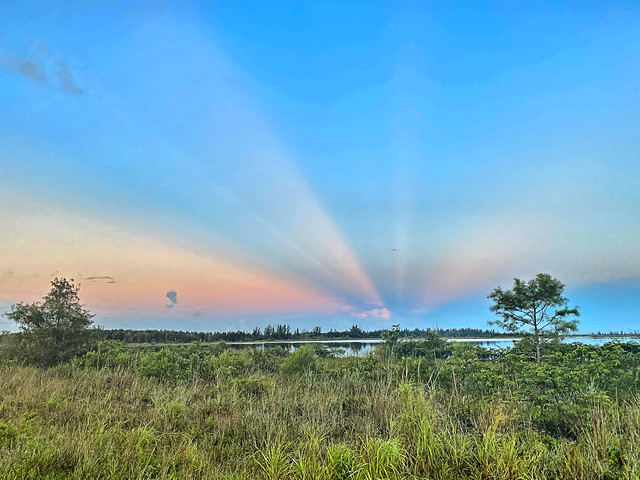 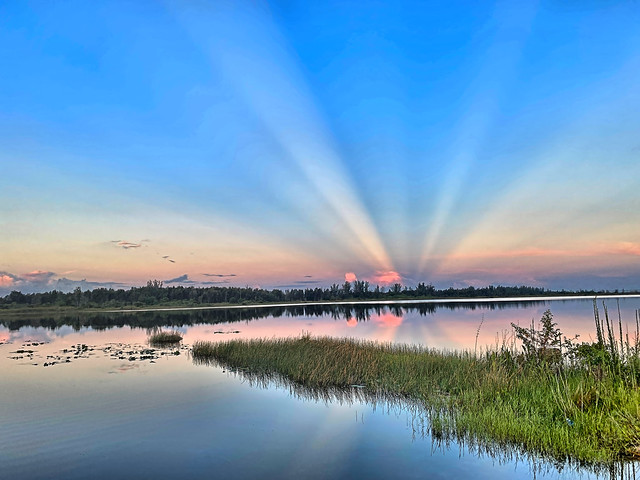 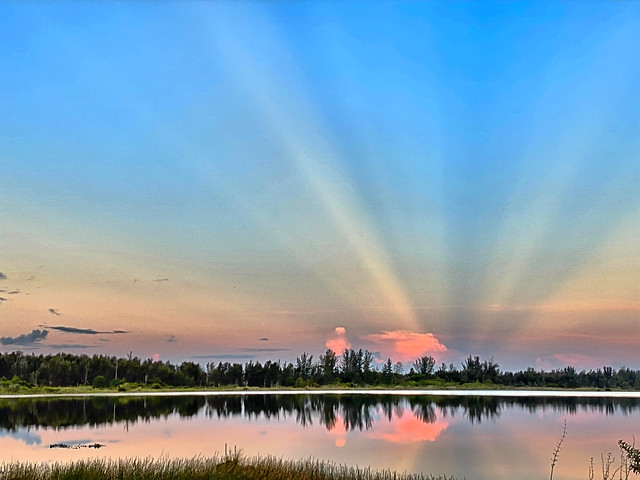