As I do each month, I enjoyed looking back over my archived photos, taken three years previously, to remember how things were then and maybe get some idea of what to expect this year.

As usual, I searched for images which reflected favorite memes: critters of all kinds (especially birds), skies and clouds, reflections, flowers and fences, as well as scenes which speak for themselves. We spent the entire month in Florida, having just completed sale of our Illinois condominium.

My first bird photos of the month, on July 1, were of a female Red-bellied Woodpecker on the paper bark of a Melaleuca tree... 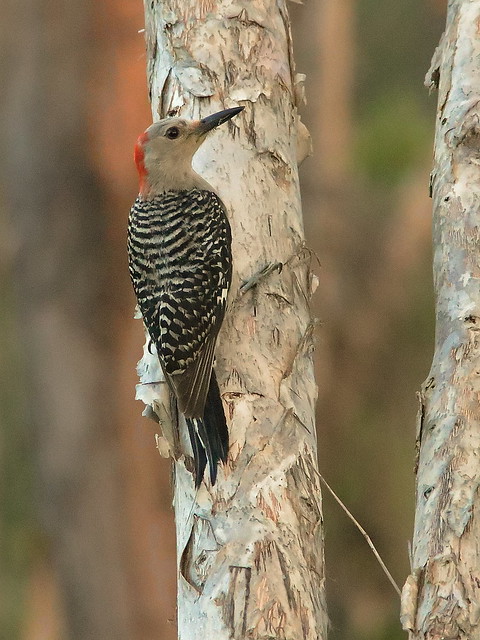 ...and a Common Nighthawk in flight: 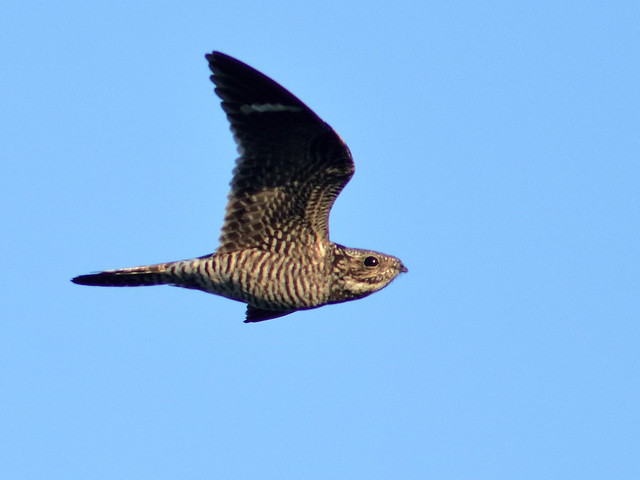 The next morning a male Red-bellied Woodpecker exhibited the more extensive red on his crown: 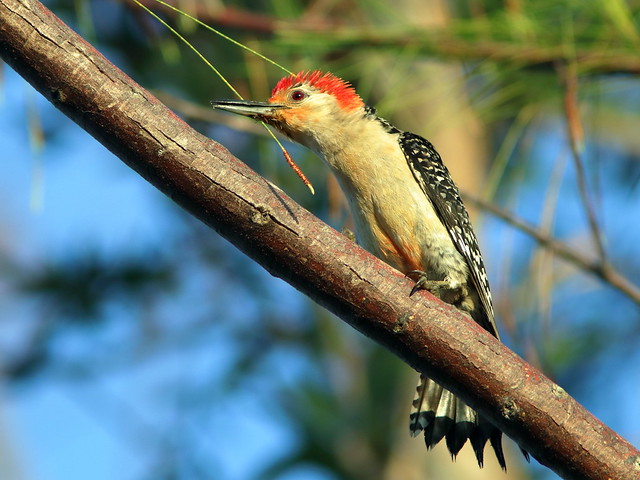 A Red-winged Blackbird looked down from his perch in a Swamp (Red) Maple: 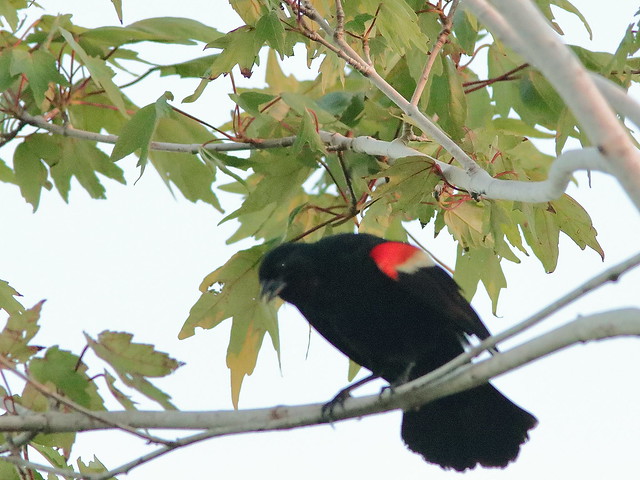 The streaked breast of this Green Heron indicates that it is an immature bird: 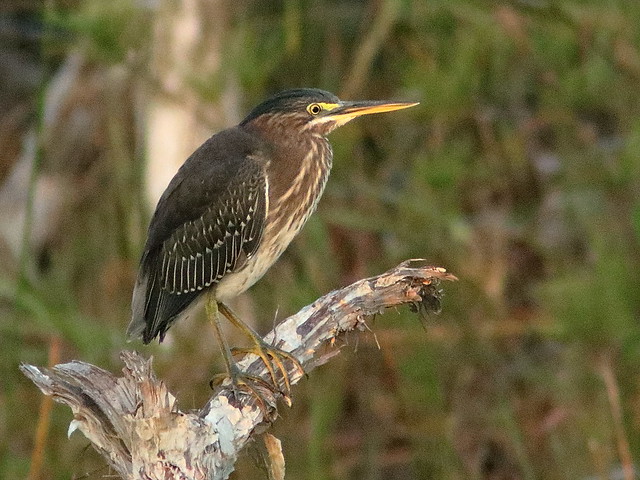 A Great  Egret flew over against the dawn sky: 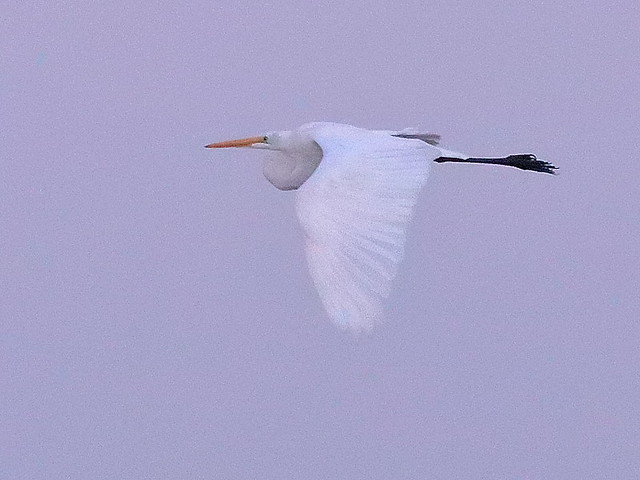 A Halloween Pennant, true to its name, faced  the wind like a flag atop a grass stalk: 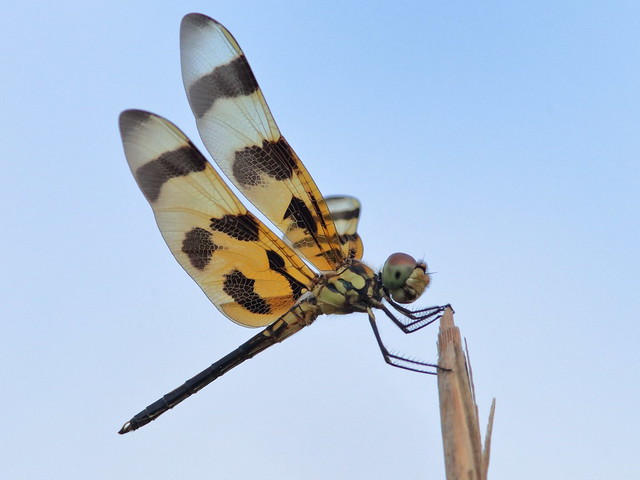 Quite a distance ahead, a Bobcat strolled across the gravel path. I captured a burst of photos and later stitched them together to form a composite image: 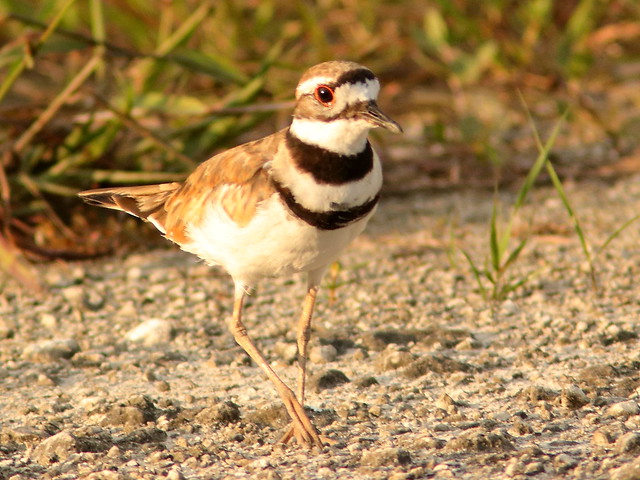 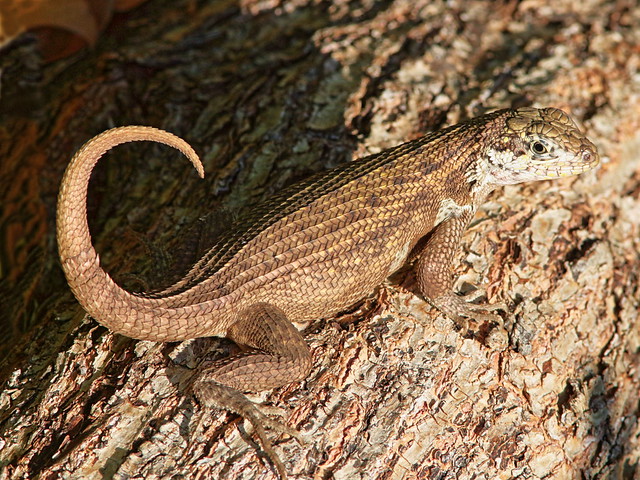 A Yellow-crowned Night-Heron roosted in the rookery: 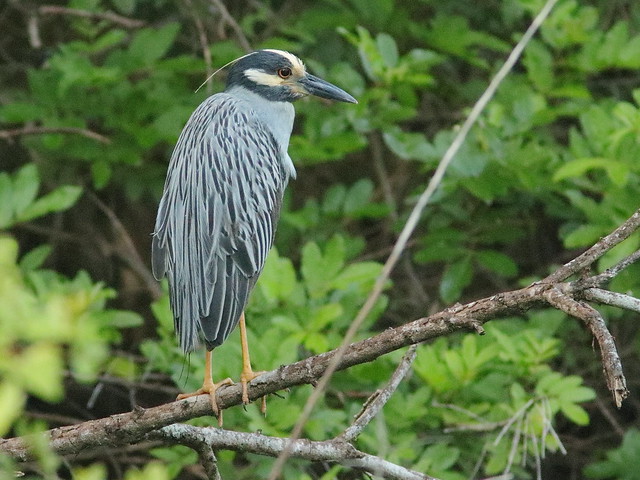 The adult Bald Eagle from the local nest flew over the Wounded Wetlands, followed by the juvenile: 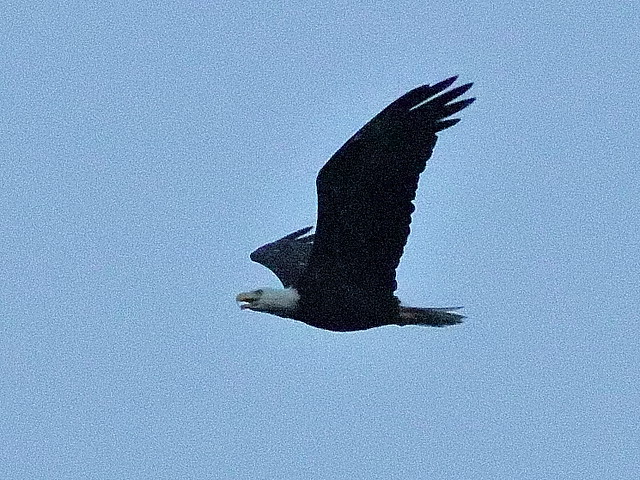 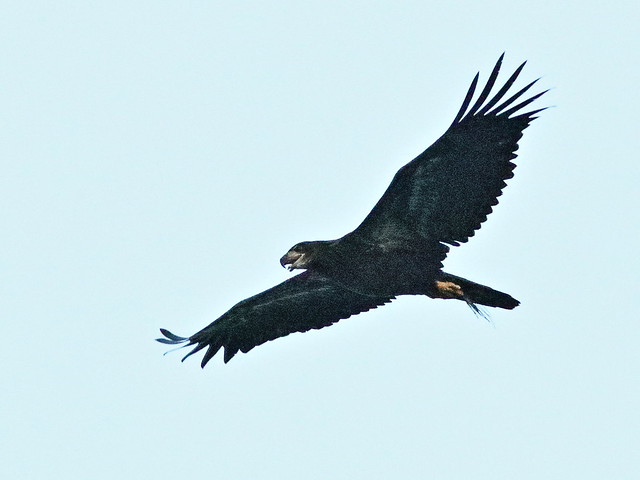 The tail of this male Anhinga is corrugated, a feature which reduces drag while it is swimming underwater: 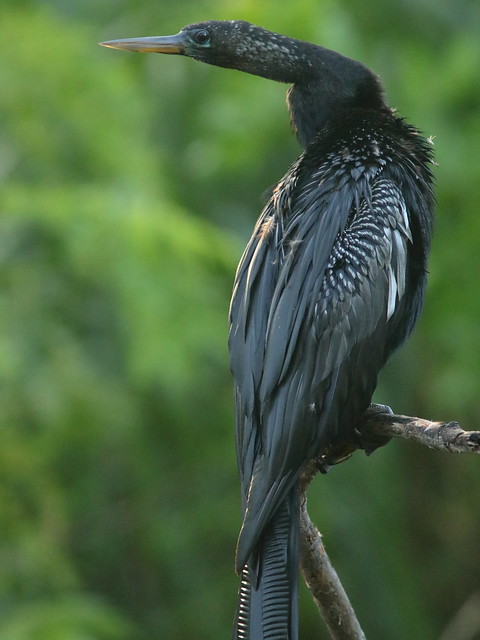 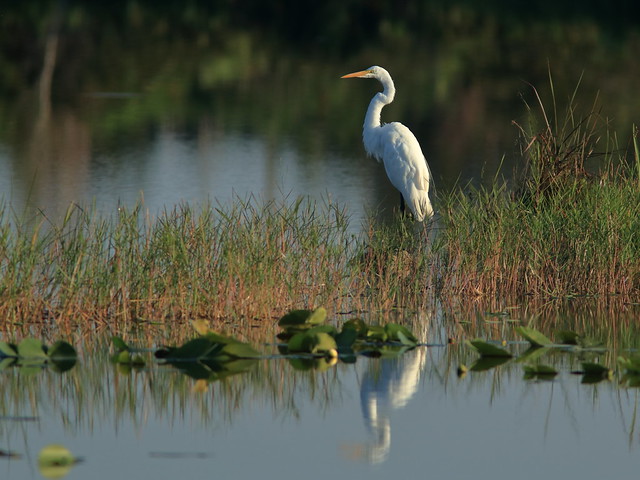 Loggerhead Shrike against the full Moon: 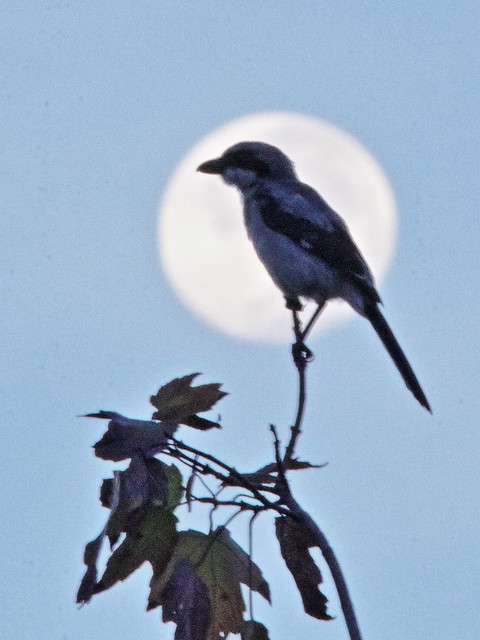 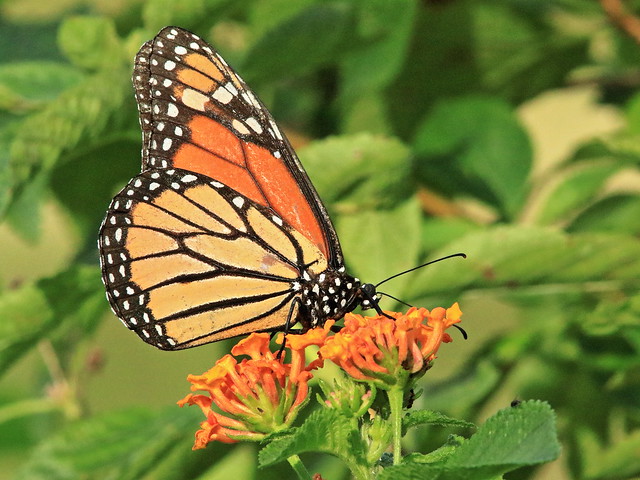 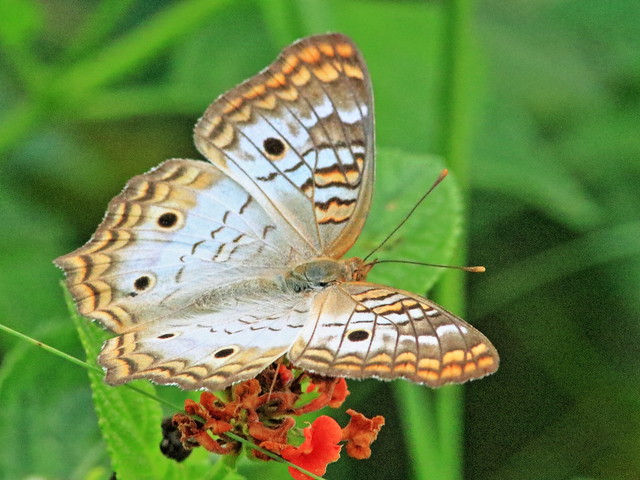 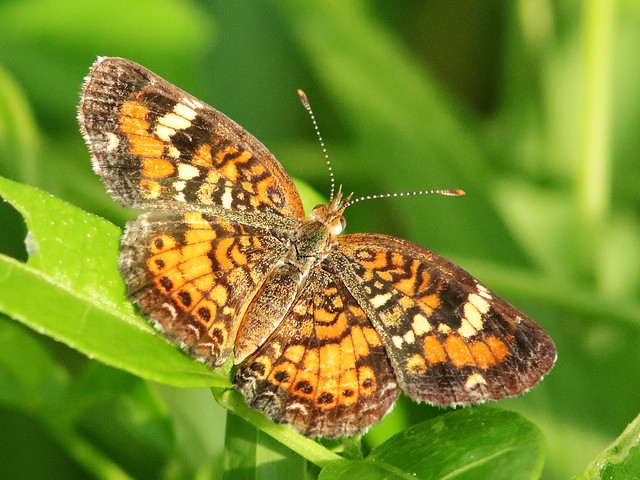 The Blood Buck Moon of July set behind the trees on July 27: 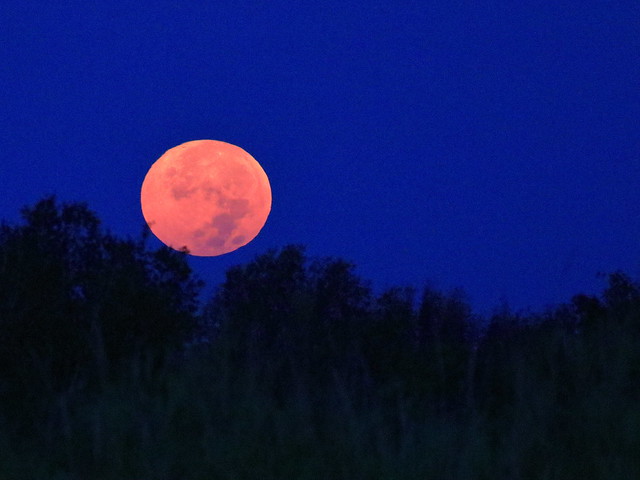 Sunrise from our back patio on a typical rainy season morning, July 28: 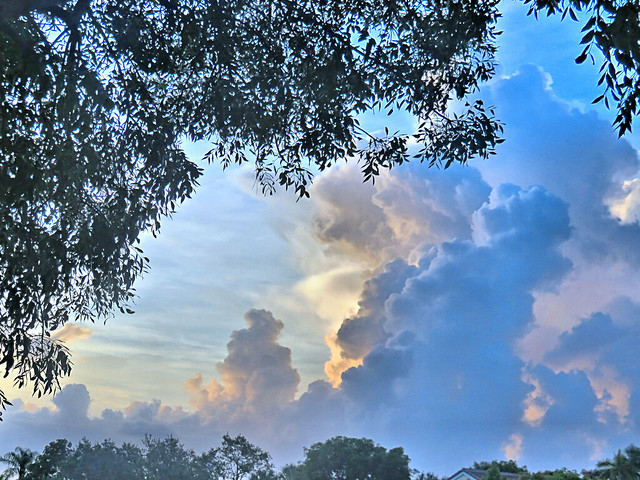 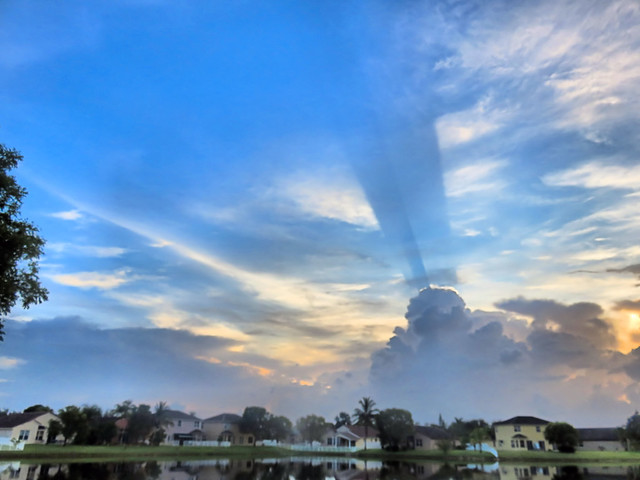