As I do each month, I enjoyed looking back over my archived photos, taken three years previously, to remember how things were then and maybe get some idea of what to expect this year. As usual, I searched for images which reflected favorite memes: critters of all kinds (especially birds), skies and clouds, reflections, flowers and fences, as well as scenes which speak for themselves.

We started the month at home in Florida. Southbound fall warblers were starting to pass through, but prevailing winds directed most of them to the west (Gulf) coast. My warbler photos were limited to-- 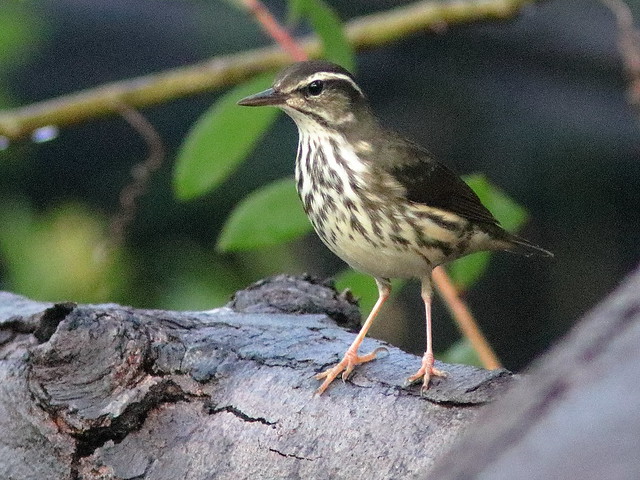 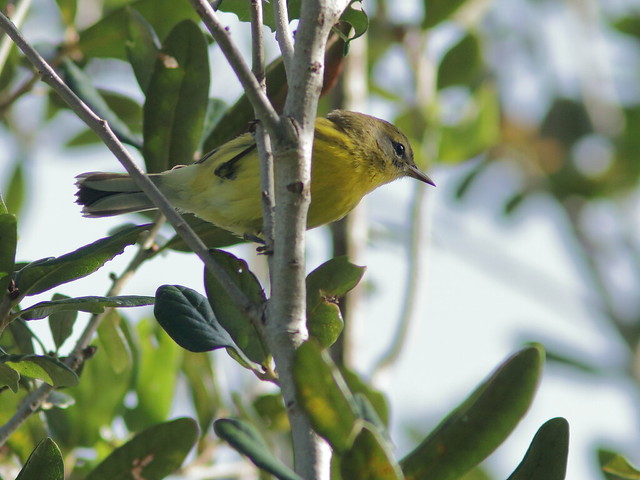 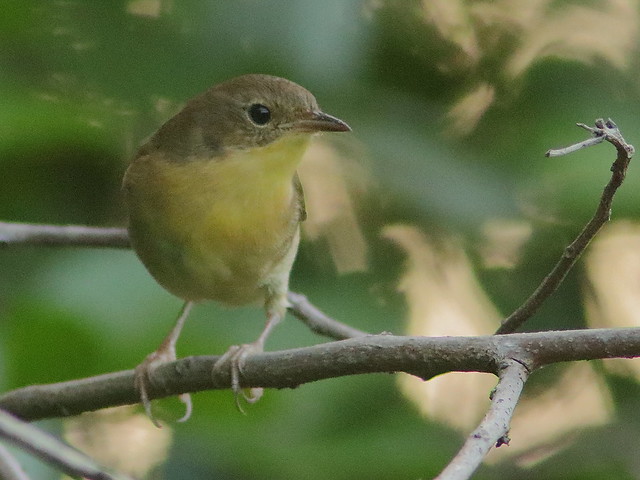 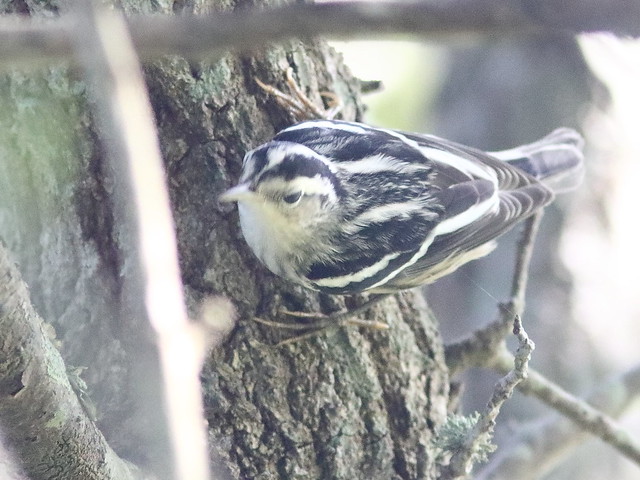 In the rookery (which has since been essentially abandoned), a Yellow-crowned Night-Heron roosted in a tree which would soon be cut down: 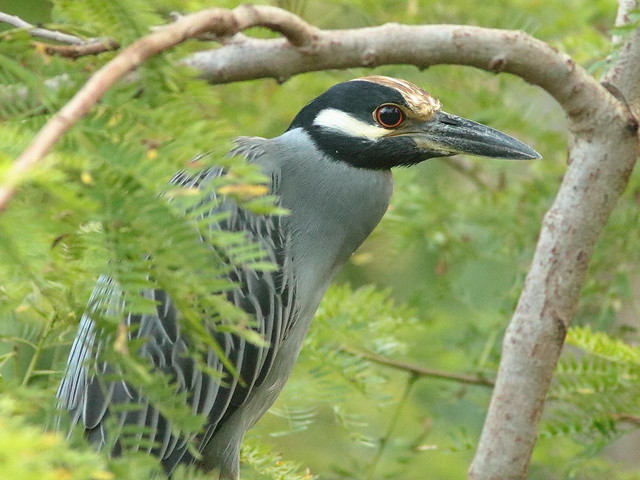 A tiny Bella or Rattlebox Tiger Moth rested on a blade of grass: 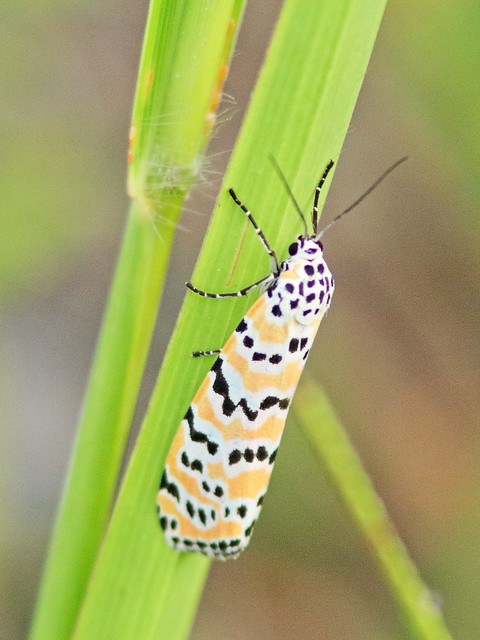 When is a goose not a goose and a duck is not a duck? Two gooselike members of the avian Order of Anseriformes (Ducks, Geese and Swans) enjoy rather uncertain positions as to where they fit into the classification scheme. Both bear some resemblance to each other and to the Shelducks, a group of large ducks which are smaller than geese.

Male Muscovy Duck and Egyptian Goose (Drakes or Ganders, take your pick) posed nicely in our back yard, exhibiting rather similar characteristics of heavy bodies and thick goose-like necks. Both of these introduced exotic species are populating the urbanized areas of south Florida. 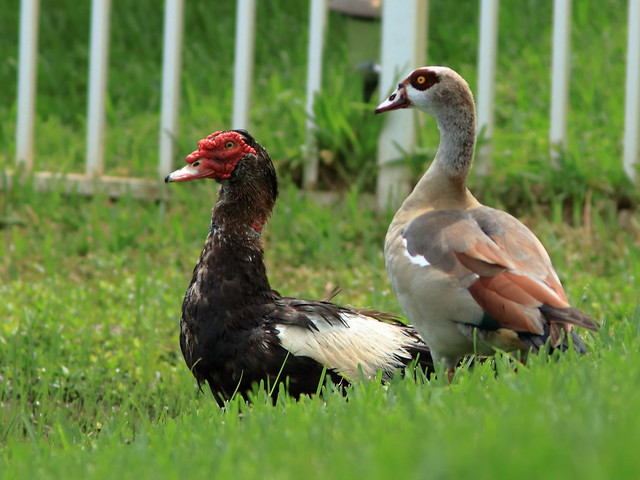 We visited our daughter's family in Illinois, our first return after selling our condo. Wasting no time, we headed to Nelson Lake, our favorite hot spot. In the prairie, Milkweed Bugs clustered on a seed pod of their host plant: 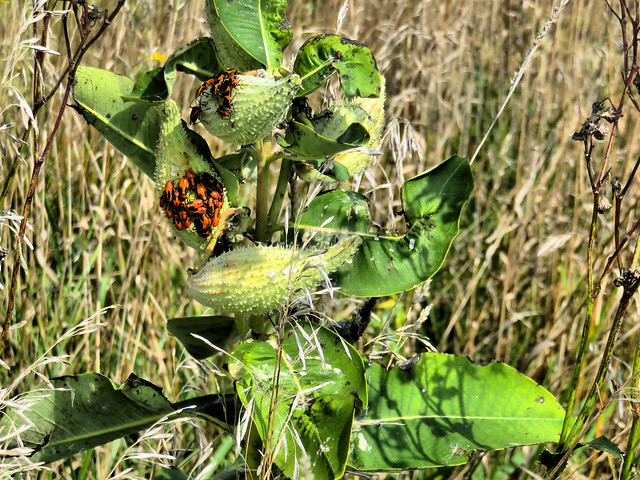 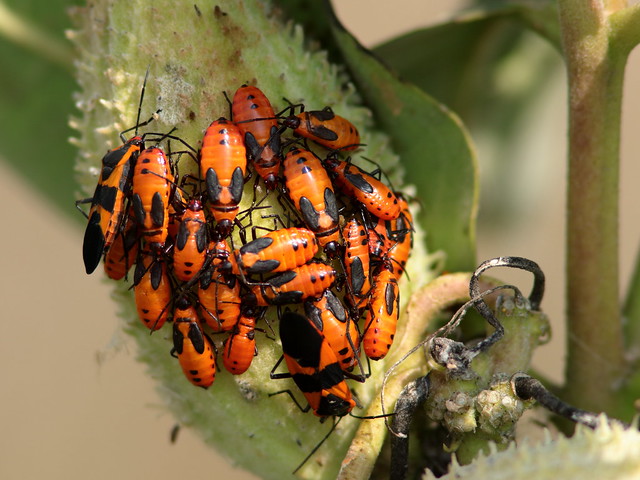 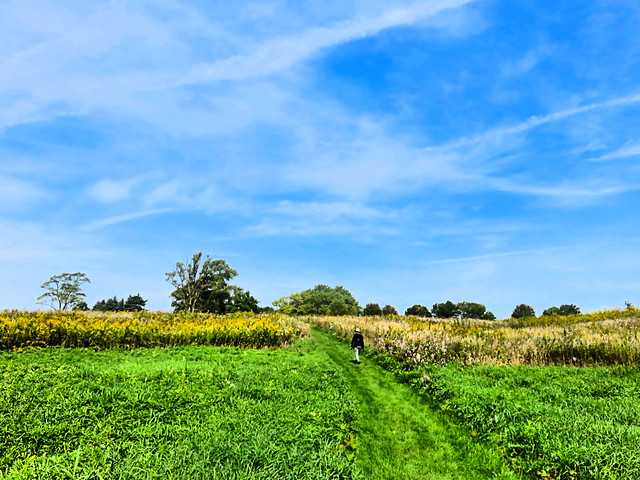 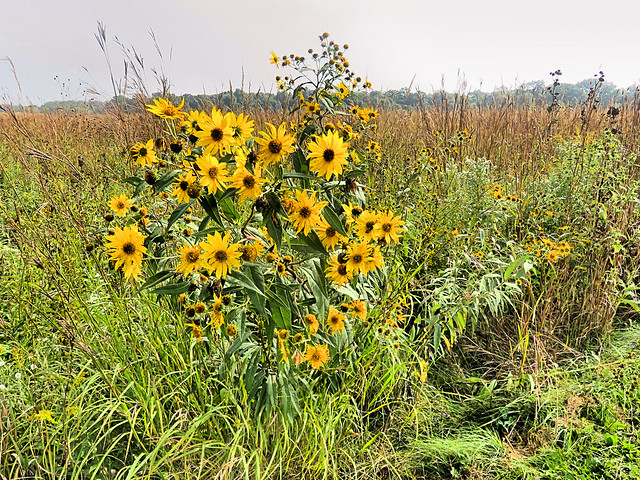 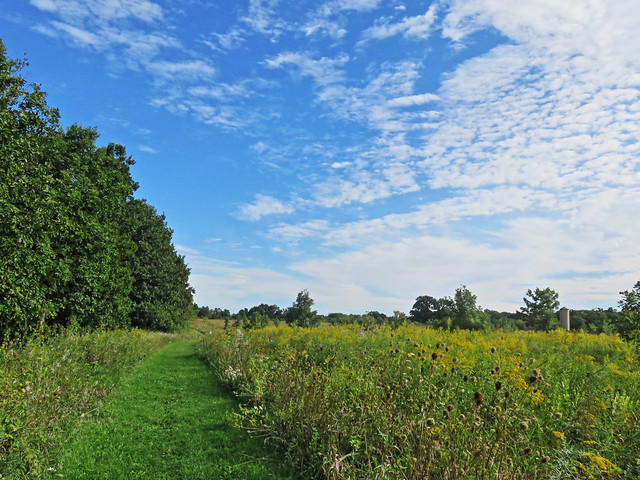 A stately old oak at the edge of the golden prairie hosted Red-breasted Nuthatches which earned their nickname of "upside-down birds:" 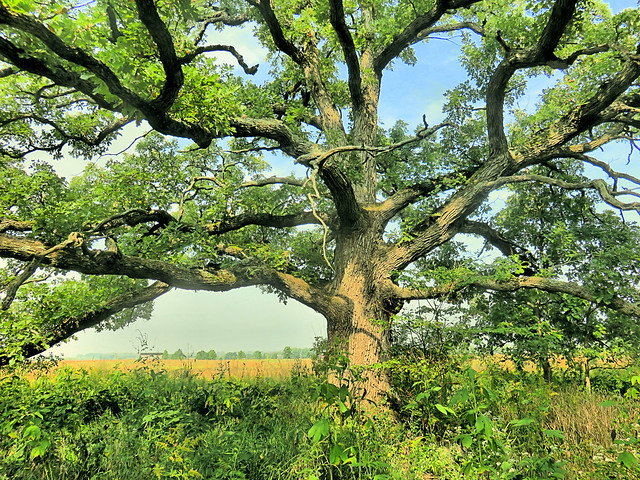 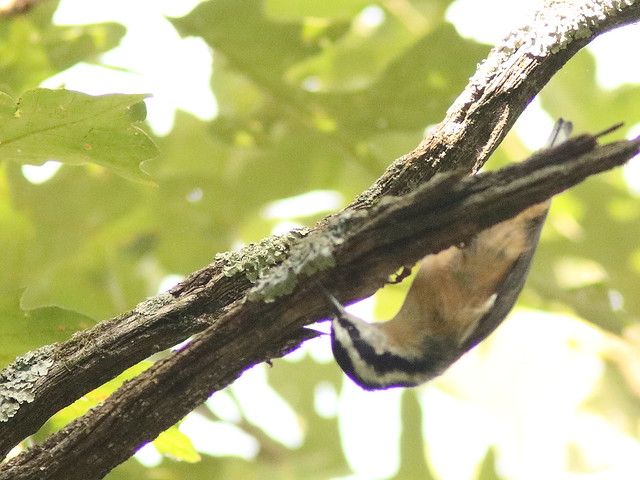 I applied "oil painting" effects to this photo of a red barn and silo across the road from the preserve (click to enlarge): 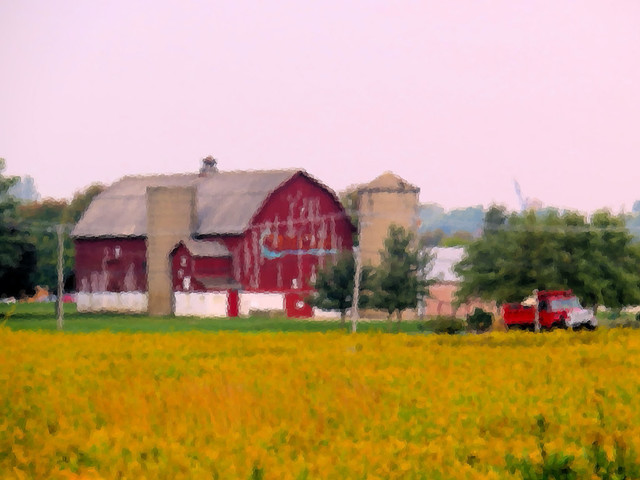 Aging Tibetan Mastiff Agramonte and his buddy Casador lazed in our daughter's back yard: 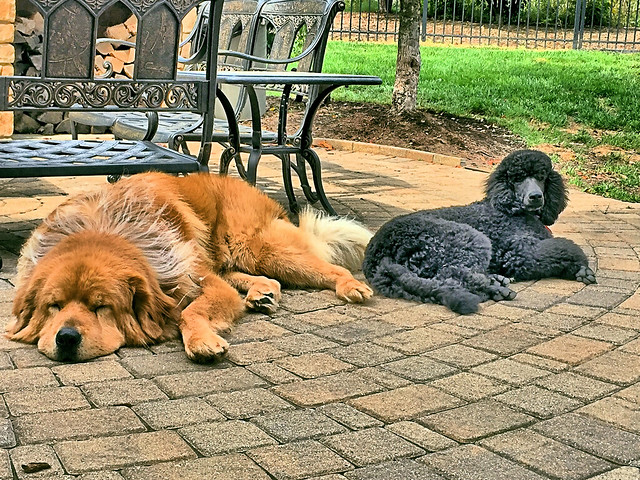 By the end of the month we were back home in Florida, where a juvenile Green Heron provided evidence that at least some of the herons had nested successfully in the rookery: 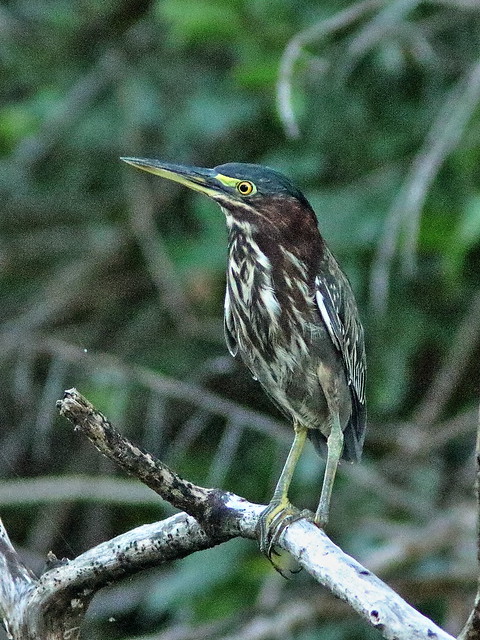 It was a good month for flight shots, this of a Tricolored Heron... 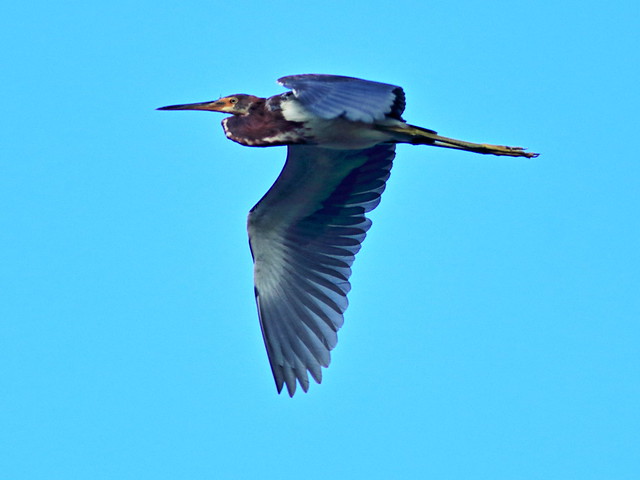 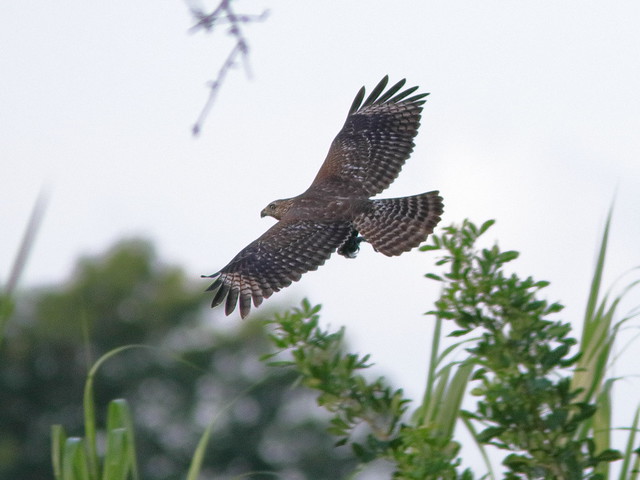 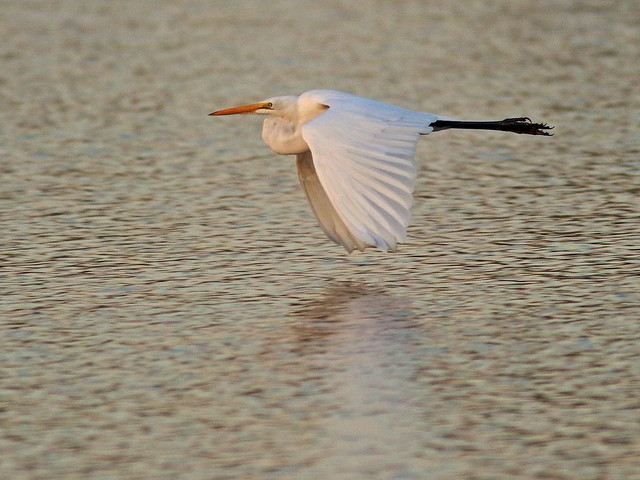 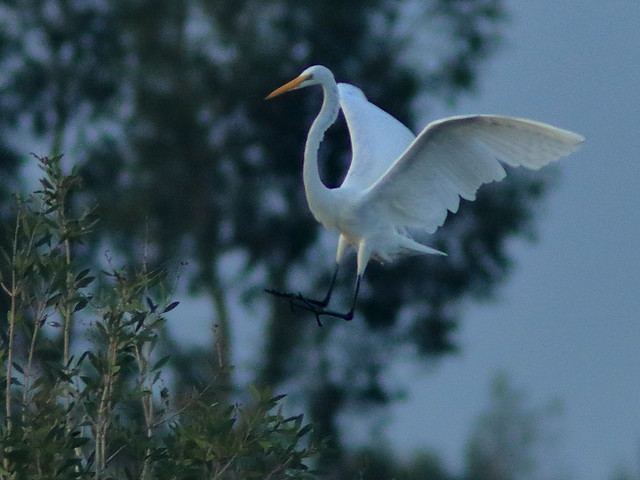 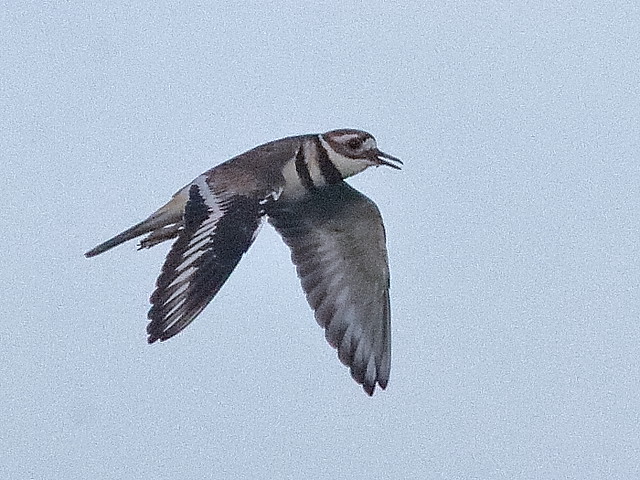 A perky Ovenbird on September 24: 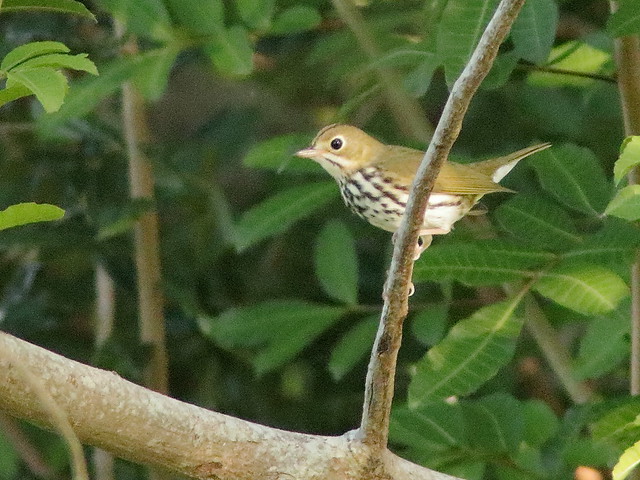 At sunrise on September 25, the Harvest Moon reflected on the still surface of the lake: 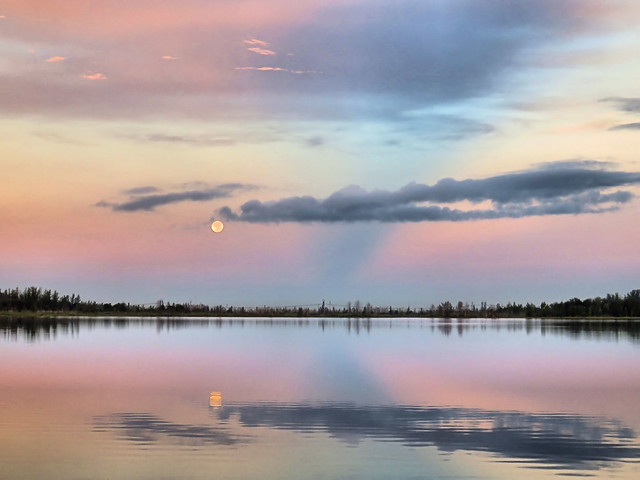