Although we get out early in the local wetlands, we generally shelter in place at home for the greater part of the day.

Our back yard lake attracts waders such as this Great Blue Heron: 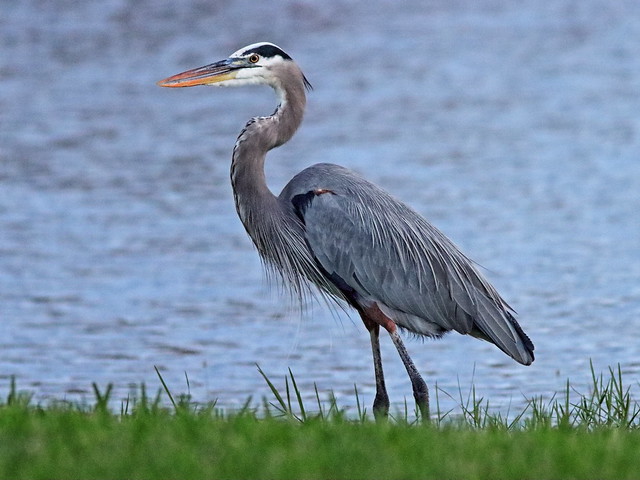 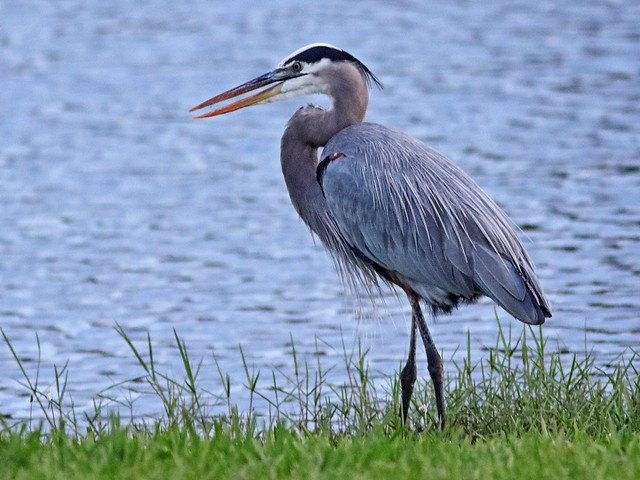 Green Herons are very skittish, so I was lucky to have this one stick in a spot visible from our patio: 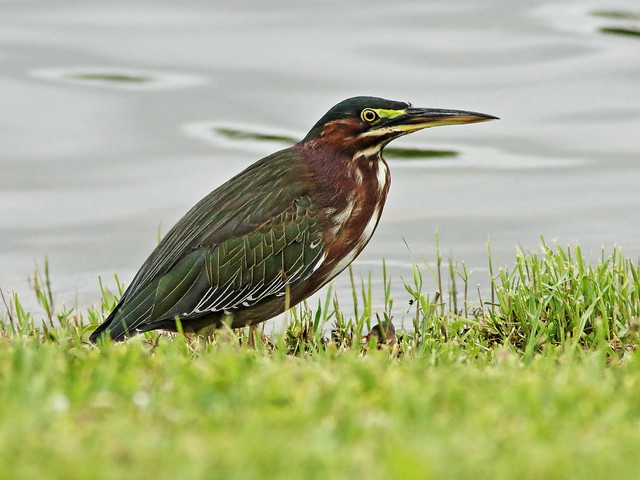 This Great Egret paid me no attention as it spied and then caught a small fish: 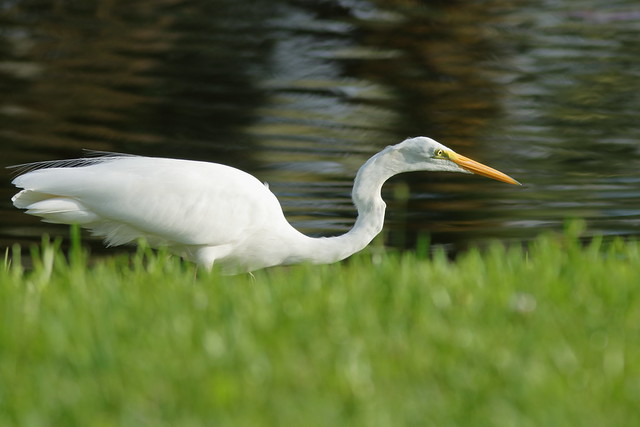 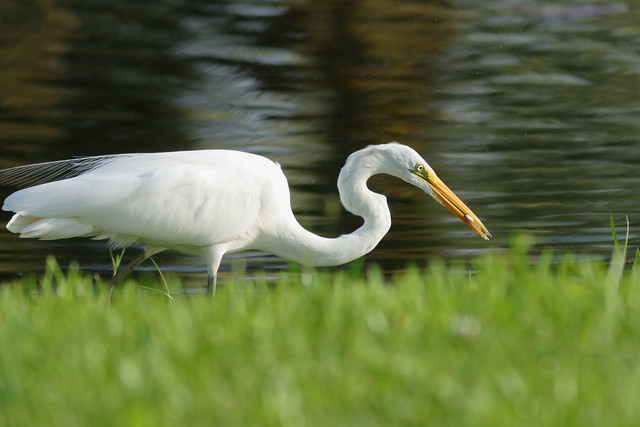 The fish wiggled violently and scattered water droplets, to no avail: 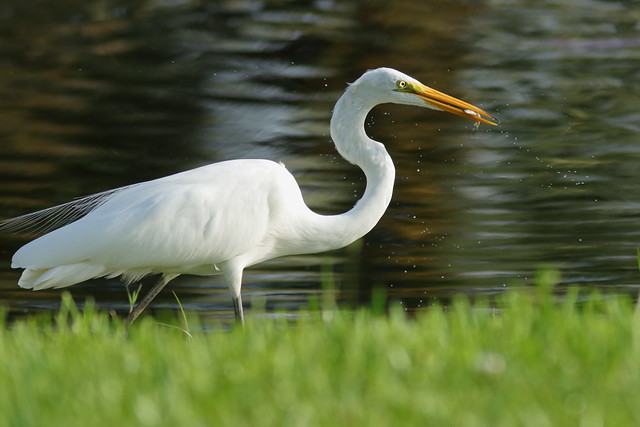 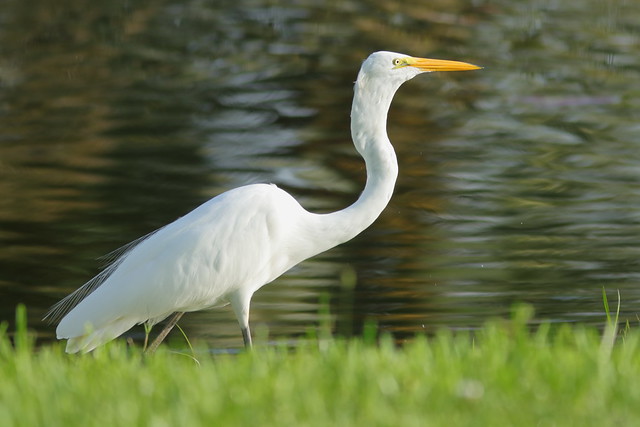 The first Yellow-bellied Sapsucker of the season, an immature bird which lacked the red on its head, started drilling sap wells on our Mahogany tree: 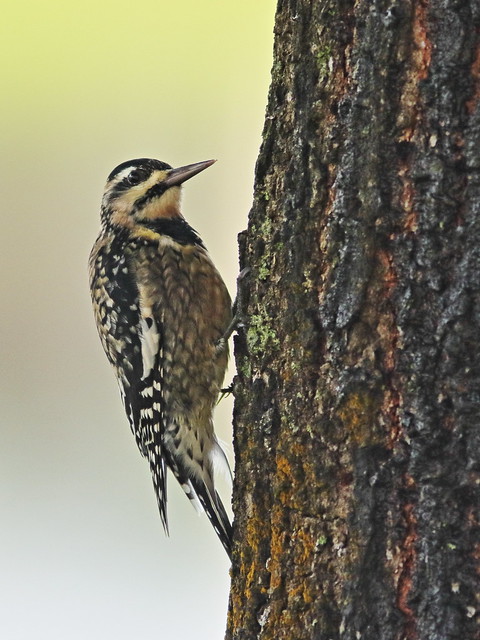 At the local Bald Eagle nest, the male "Pride" roosted nearby: 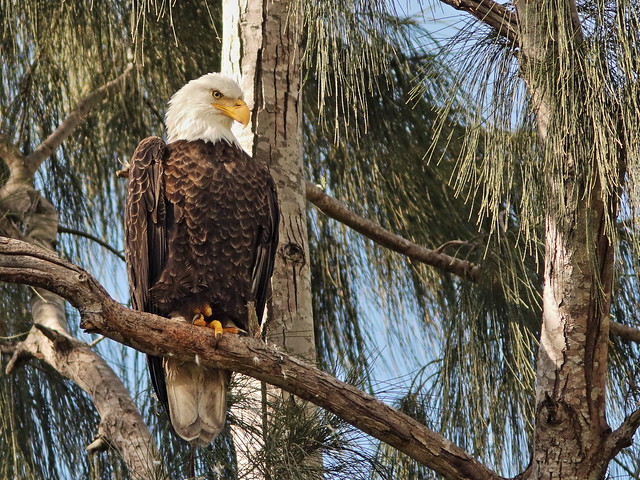 Out in the wetlands, a trio of white herons flew in together and walked in line, as if to show off their distinguishing characteristics: 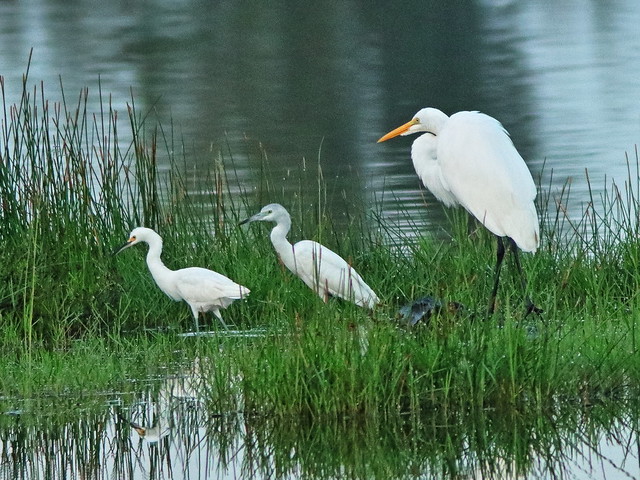 A Snowy Egret led the parade, followed by an immature Little Blue Heron, the taller of the two, which has a black-tipped gray bill and shows a bit of blue on its head. The snowy Egret has a narrow black bill: 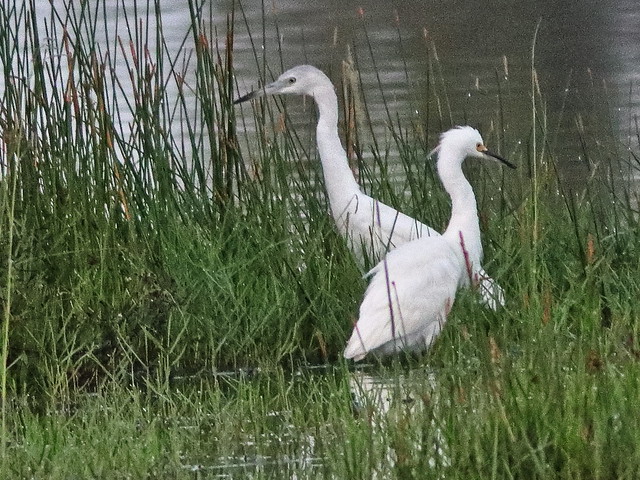 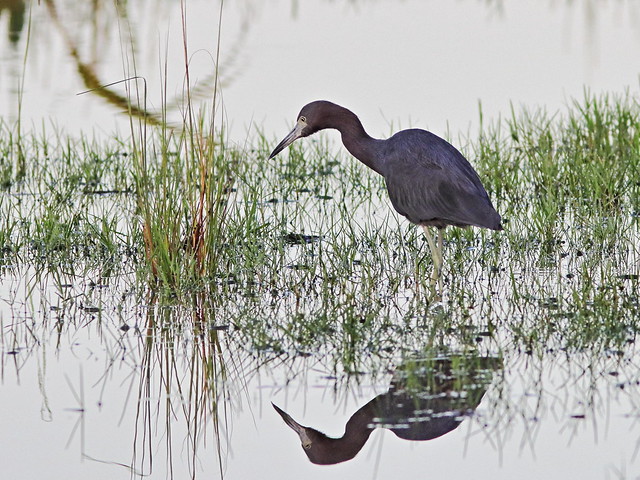 Along the levee trail, as I was peering into the dense  foliage of the fruiting ficus sp tree which I call the "warbler tree," a Merlin made frequent passes which kept the small birds in hiding. The falcon perched at the top of the tallest pine and had a commanding view of the surroundings: 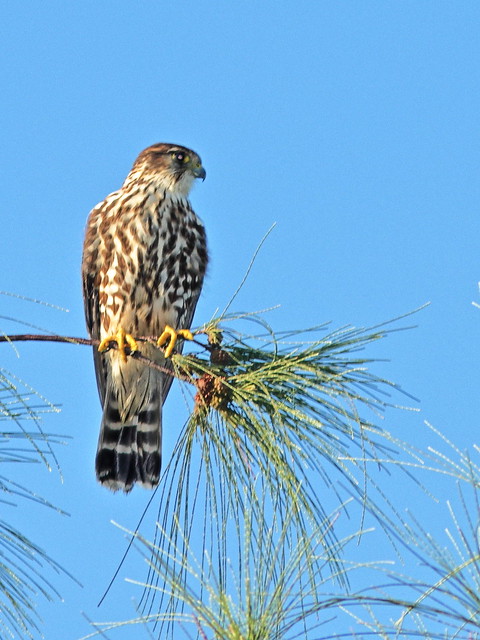 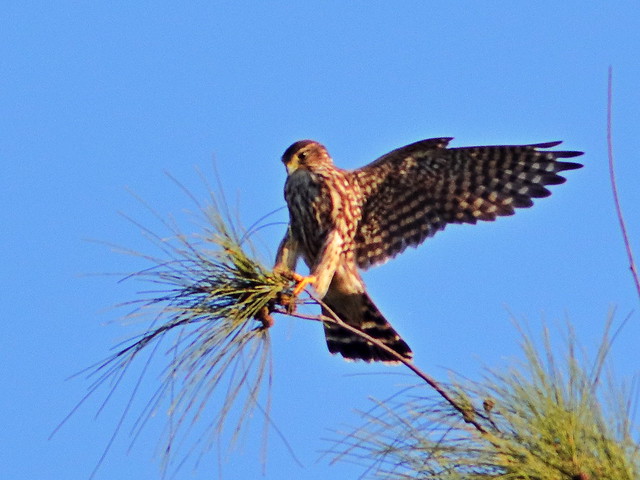 I tried very hard to get photos of the Merlin in flight as it flew by rapidly and unpredictably, once right over my head: 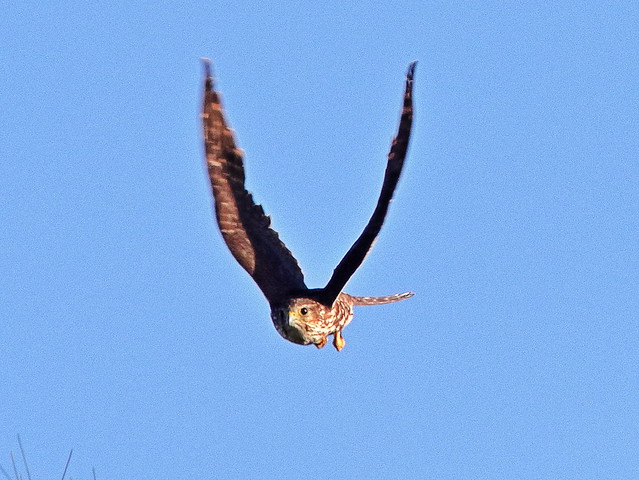 It was  easier to capture it as it stalled before alighting on its roost: 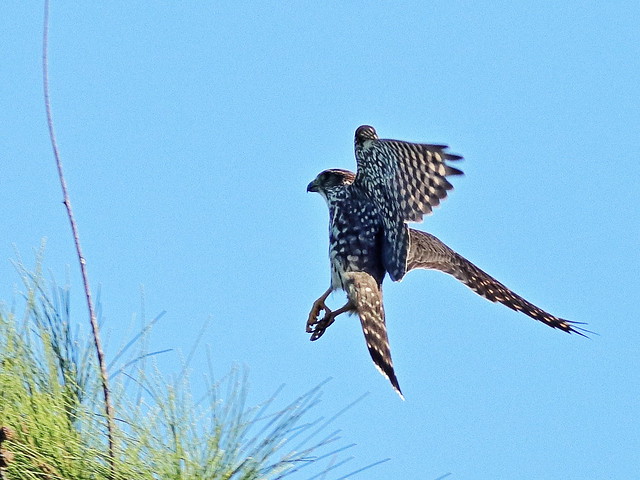 A courageous Blue Jay harassed the Merlin, which has been known to capture even larger birds: 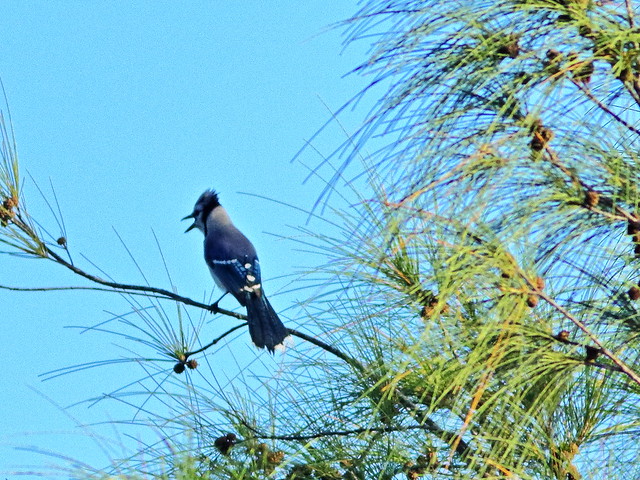 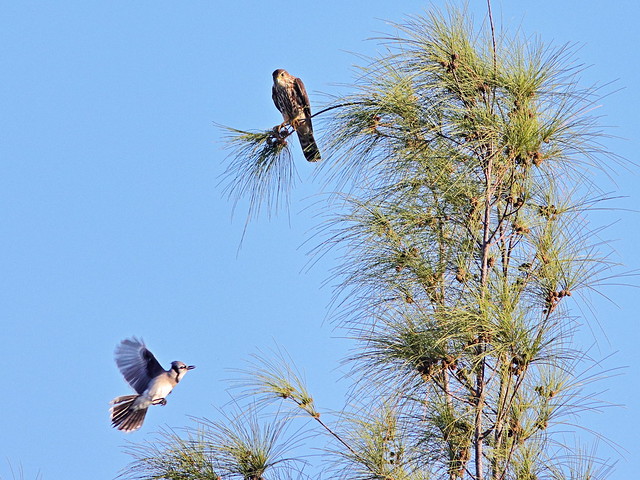 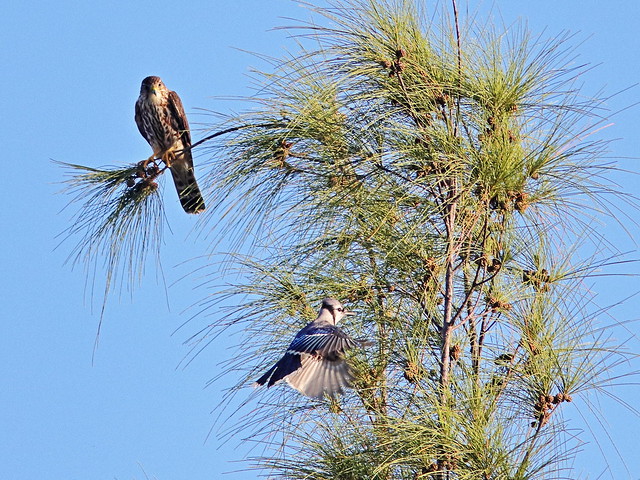 As I emerged from the high grass along the trail to an open area, I cautiously checked for mammals, usually an Opossum, Marsh Rabbit, Raccoon or even a Bobcat. This time I was rewarded by a Coyote with a reddish coat: 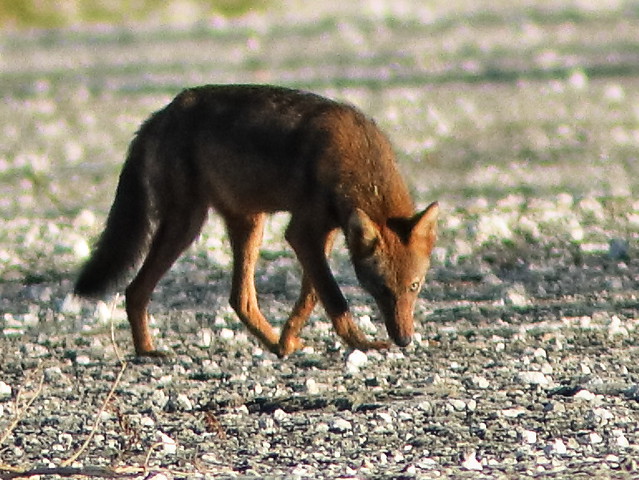 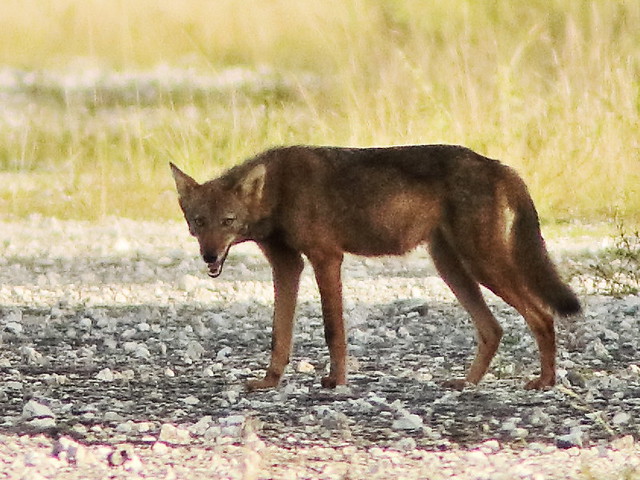 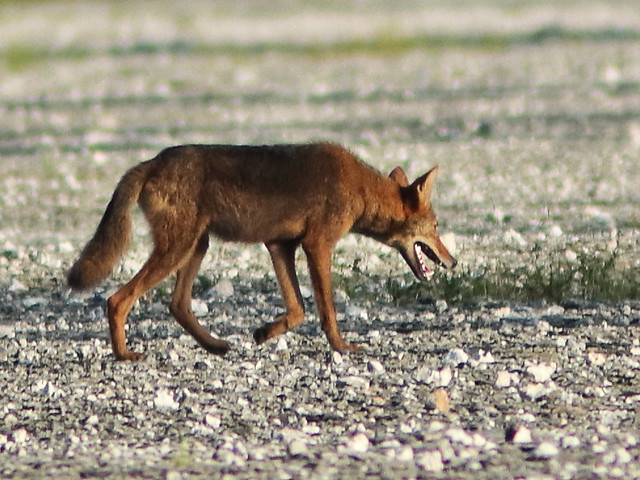 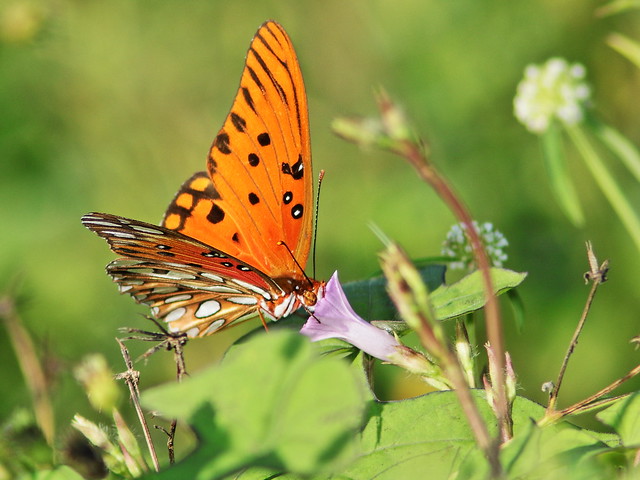 A Hunters Moon, also a Blue Moon as it was the second full Moon in October, was ready to disappear over the egret on the lake just before sunrise: 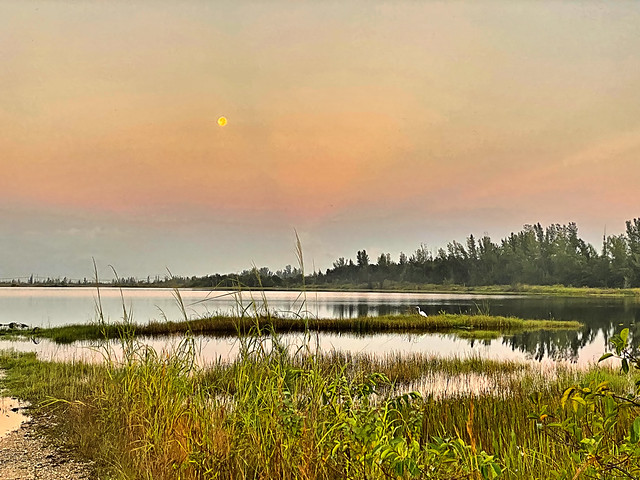 Slightly to the right, in the northwest sky, a streaming cloud caught the rays of the sun before they reached ground level: 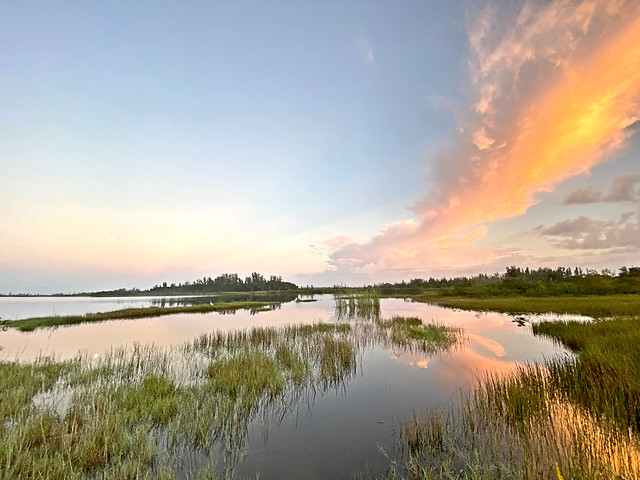