It has been another week of clear morning skies and early afternoon downpours, some of which cut short our walks. The bird species list rarely breaks 20, but even the common birds can provide interesting sightings. 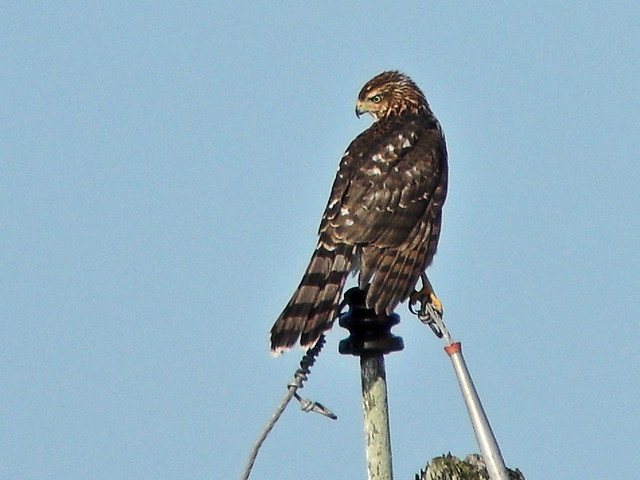 The next morning it selected a cross-timber for preening: 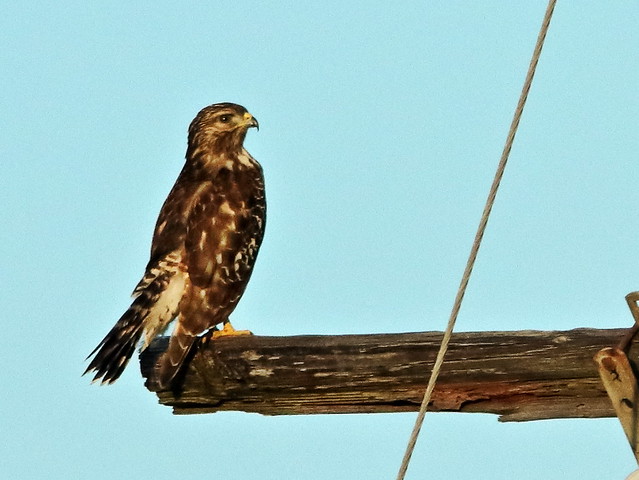 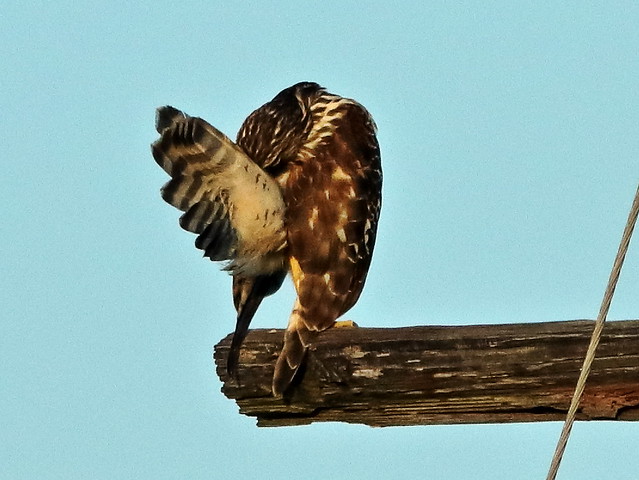 A Great Egret preened lakeside before sunrise, its white plumage contrasting with the reflected pink sky on tranquil waters: 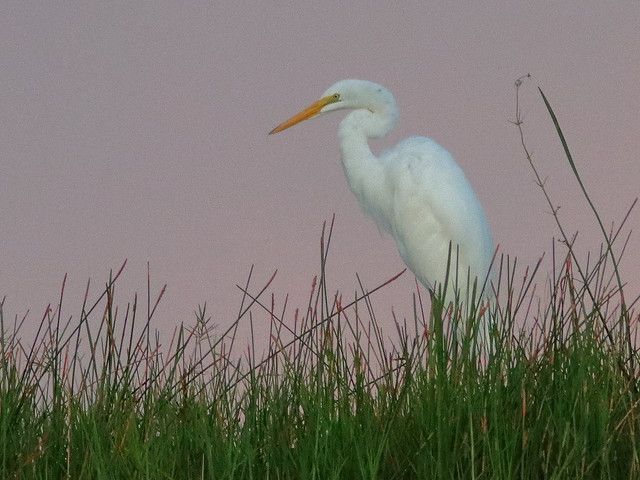 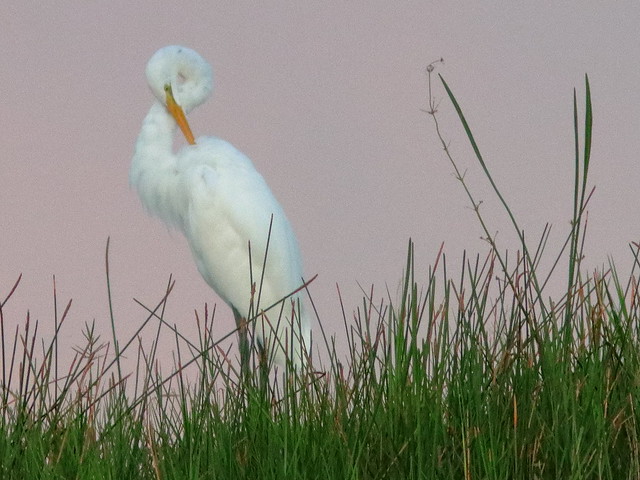 A bit later, the morning rays added contrast and a nice reflection: 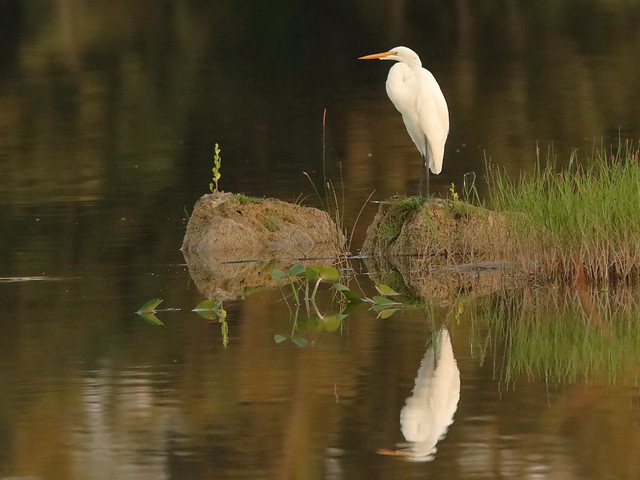 A distant Bald Eagle coursed above the lake: 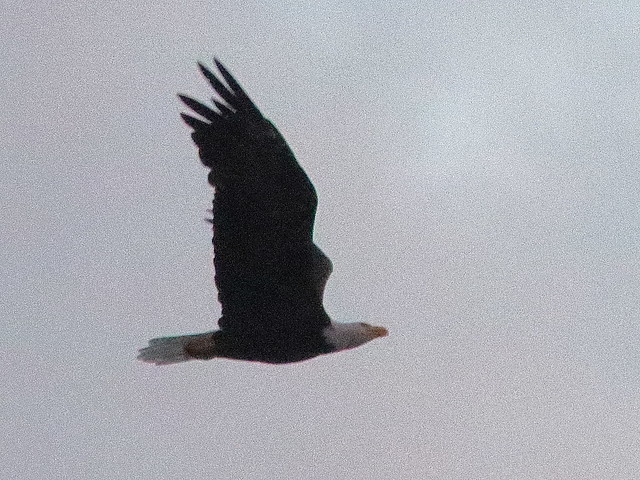 Early morning snaps suffer from underexposure. I could barely see this Yellow-crowned Night-Heron in the dark foliage but was surprised at the clarity of its image: 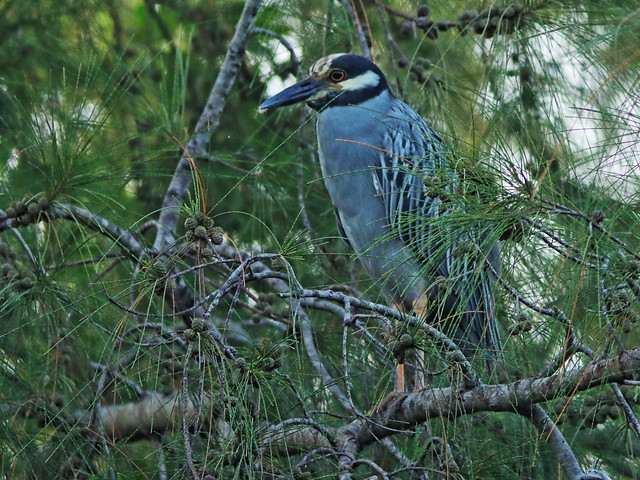 It turned to look straight at me. During breeding season its cap would have been white with a yellow tinge, but now it is streaked: 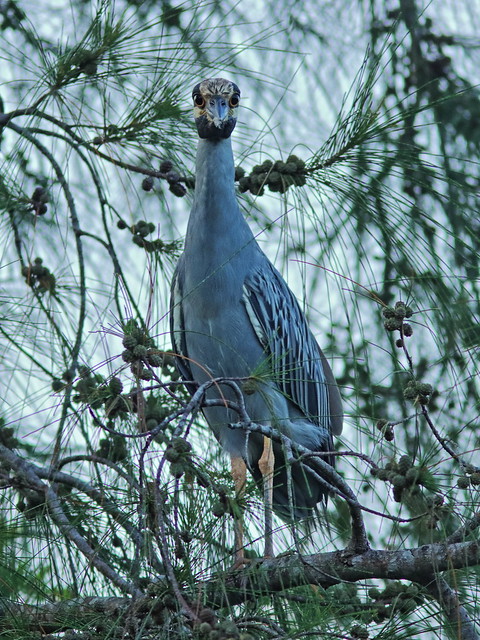 "Take me to your leader!" 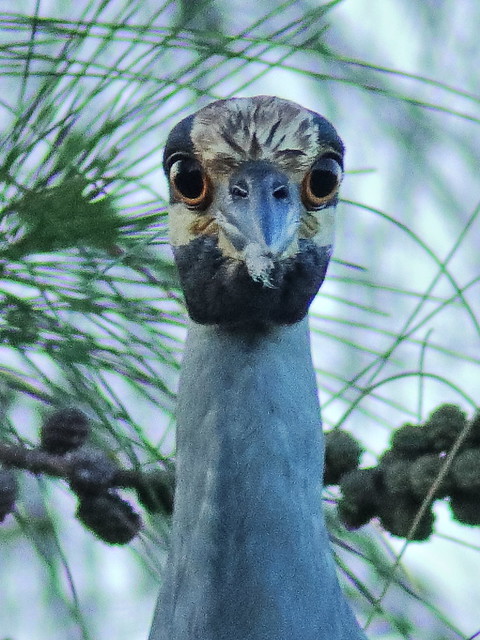 At nearby Chapel Trail Nature Preserve, a perky juvenile Northern Cardinal perched on the boardwalk railing: 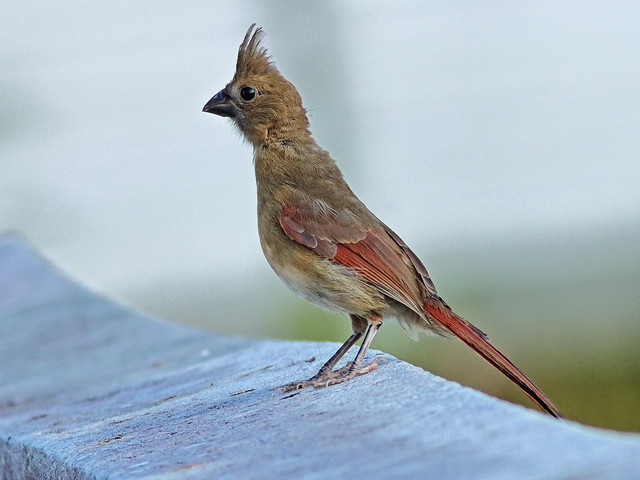 I am not sure whether it is a male or female. Young birds of both sexes somewhat resemble adult females, but their dark bills contrast with the bright red of their parents: 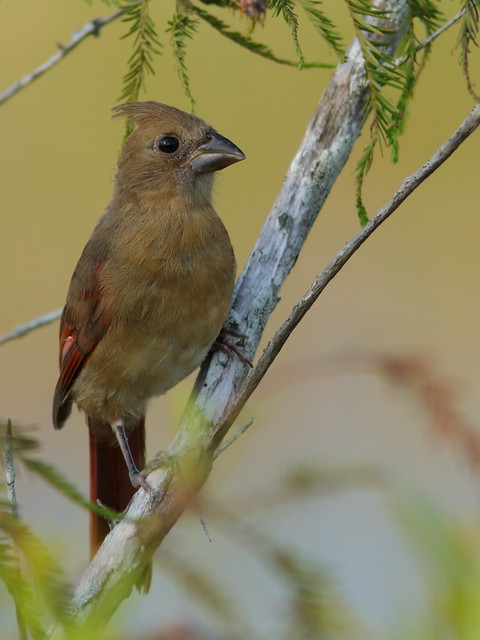 The post-breeding molt is in progress. This Anhinga revealed its motley tail feathers after it took flight. The central corrugated feather is fresh as compared to the worn ones about to be replaced: 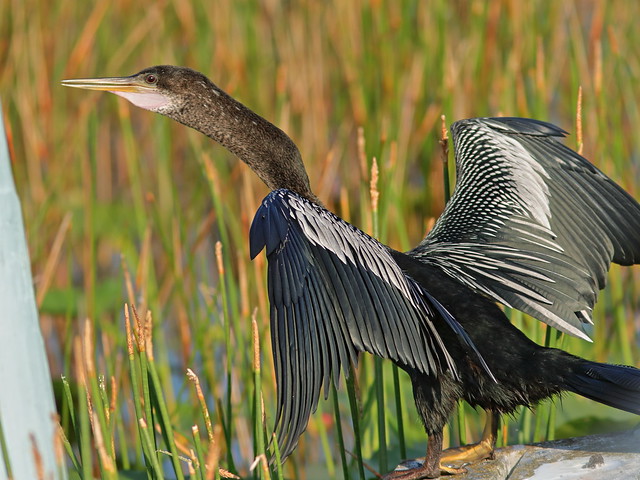 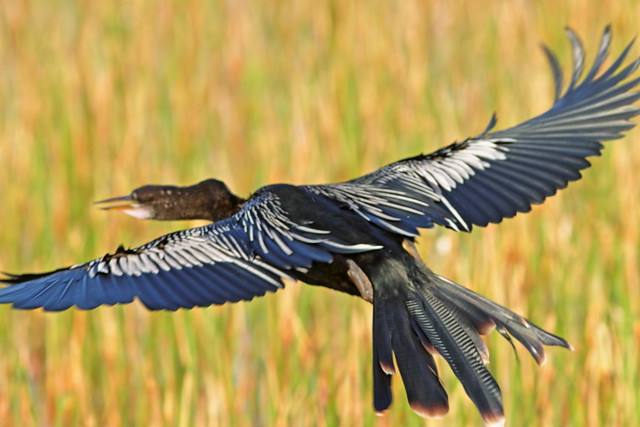 This molting adult Northern Mockingbird's fresh tail feathers are emerging on top of the old worn ones: 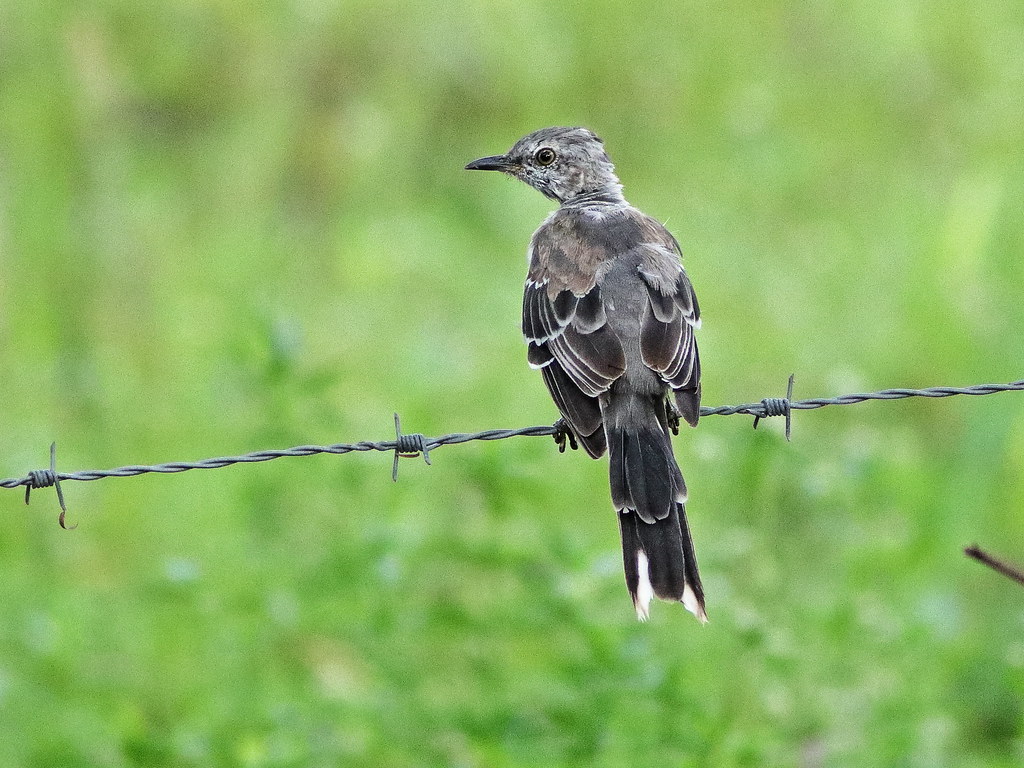 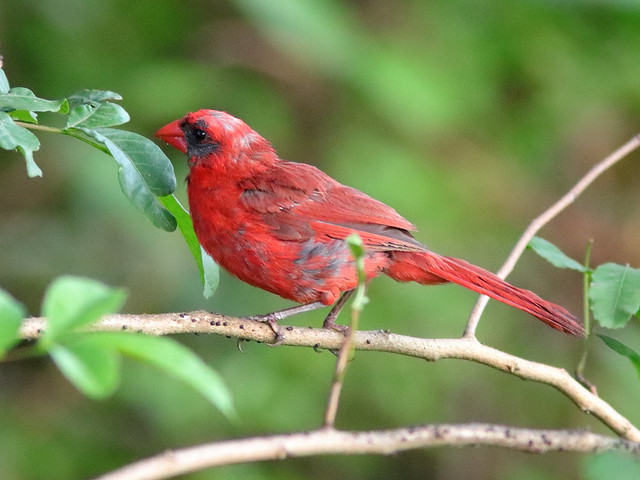 To be kind to the birds when they are not in their best attire, I often back off to show their habitat. This male is harvesting the berries of a Trema tree: 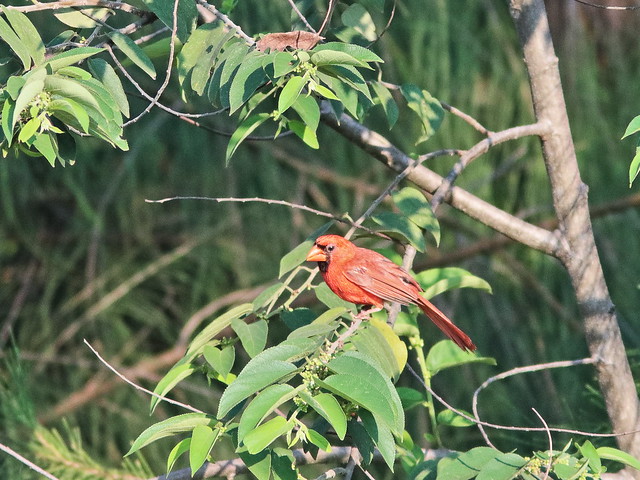 Another juvenile cardinal chews on a the Trema fruit: 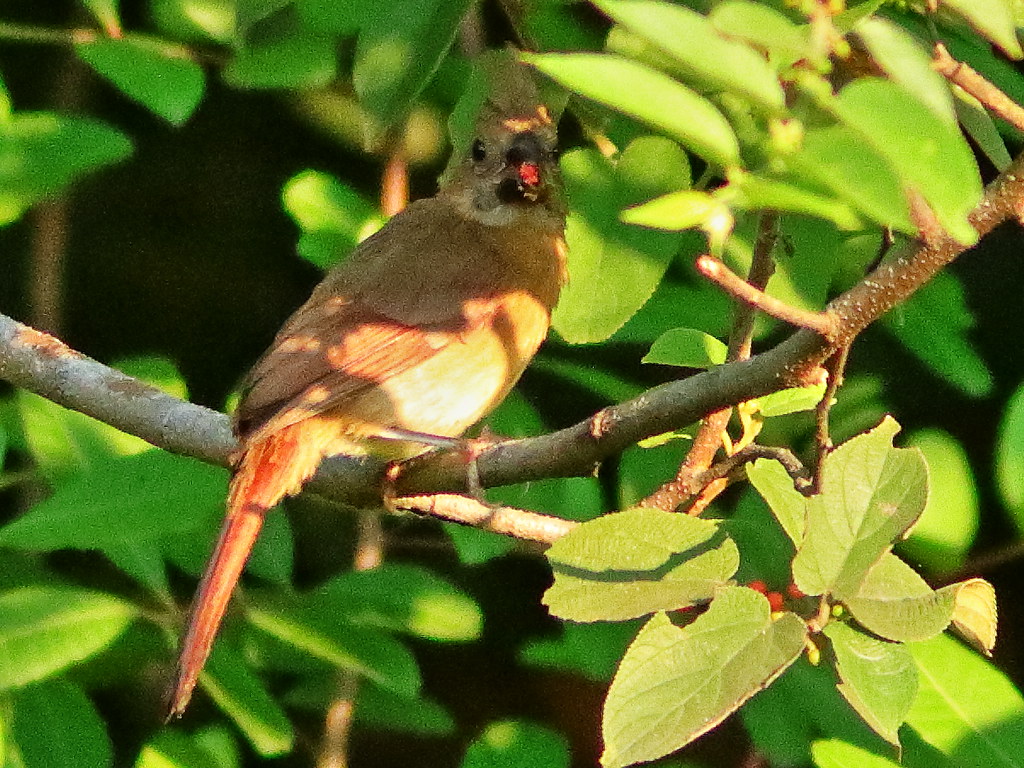 I was surprised to find a warbler, an American Redstart, also plucking the berries: 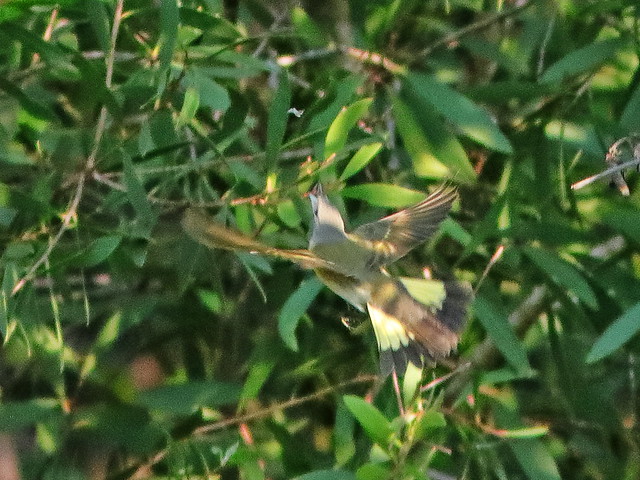 Redstarts are not commonly encountered here during midsummer, as they normally breed north of Florida. This one appears to be an adult female. It was the only one seen in our our County, of the three reported in all of south Florida during this month: 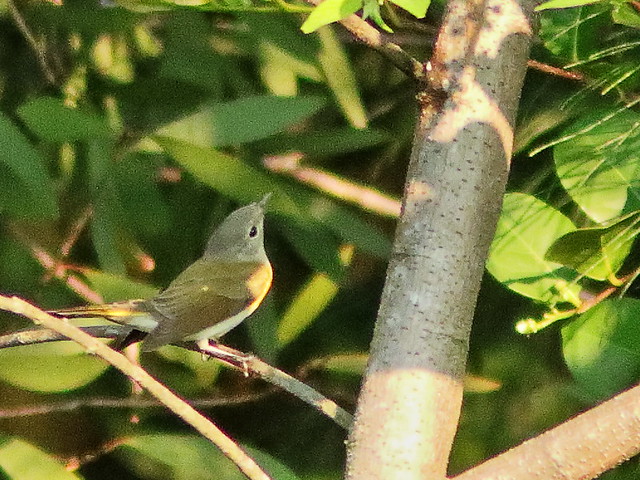 This week's biggest surprise was a Coyote crossing the gravel road in front of me. It was quite far away and the early morning light was not very intense, so my photos are soft: 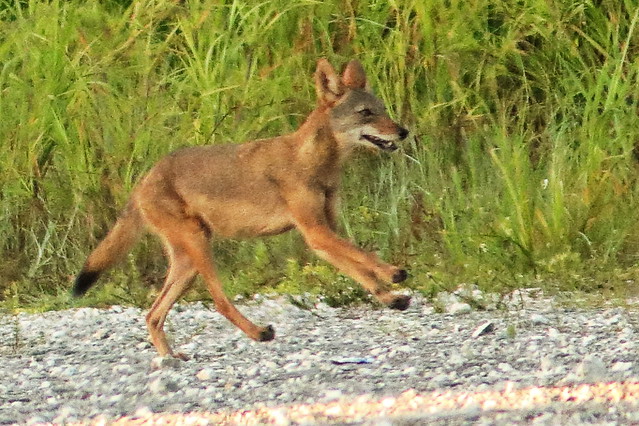 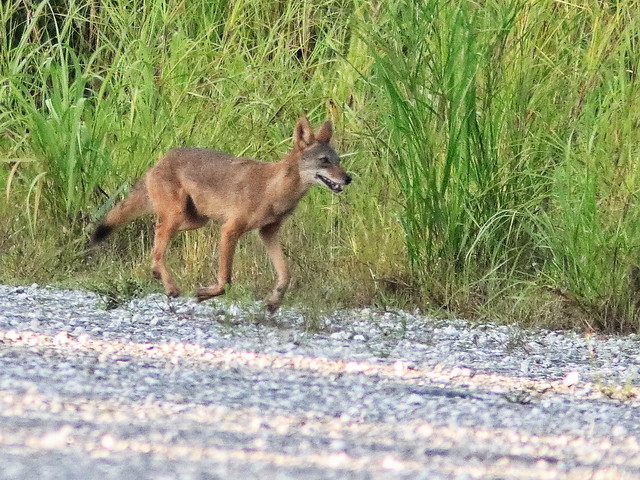 I found a small patch of wild Poinsettia. The cultivated "Christmas Flowers" have an array of entirely red petal-like leaves (bracts) which surround the tiny yellow flowers: 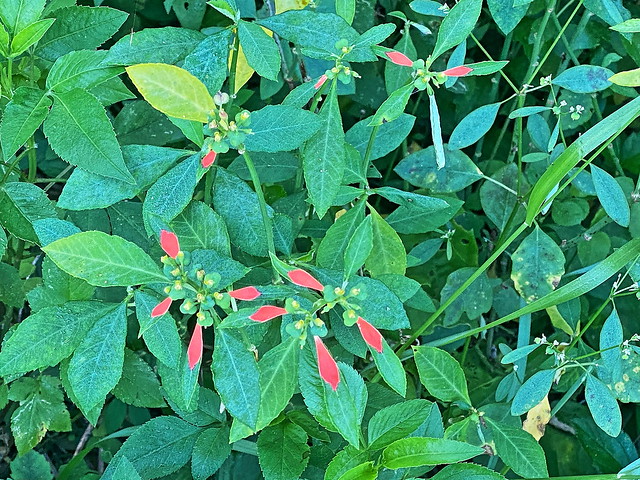 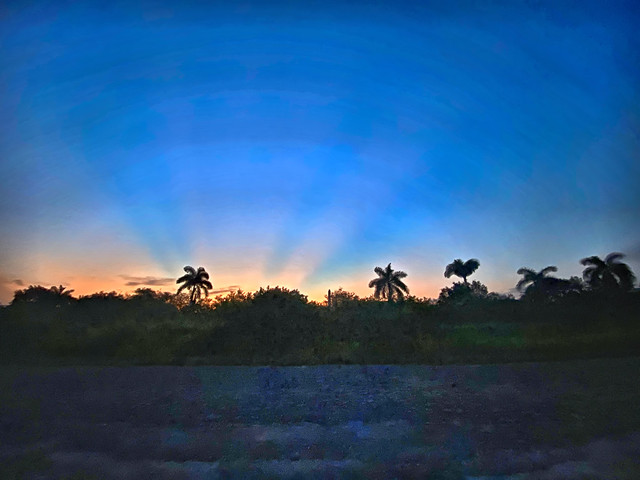 ...which converge as anti-crepuscular (anti-solar) rays over the Everglades to the west: 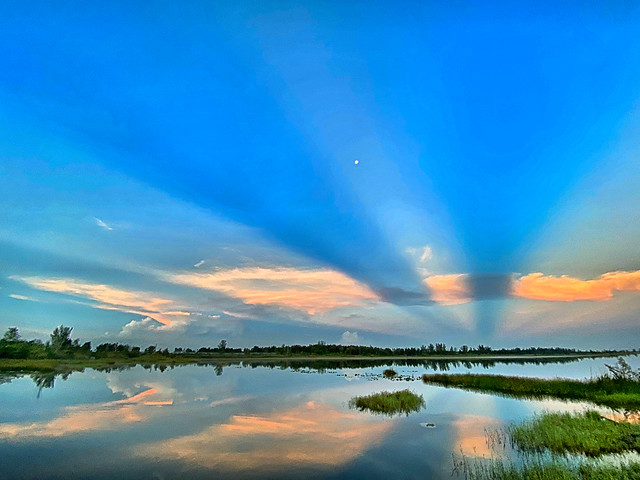