My list of bird species seen in our local south Florida birding patch (West Miramar Water Conservation Area aka the Wounded Wetlands) had reached 182 at the end of 2020. Over the years the productivity of the patch has followed the Law of Diminishing Returns. I began keeping my sightings records in eBird in 2009, when my yearly total for this location included 47 different species.

The year 2010 began with a flourish, adding 6 new species on January 10, including my first Short-tailed Hawk. It was this light morph. Its tail looks red due to refraction of sunlight: 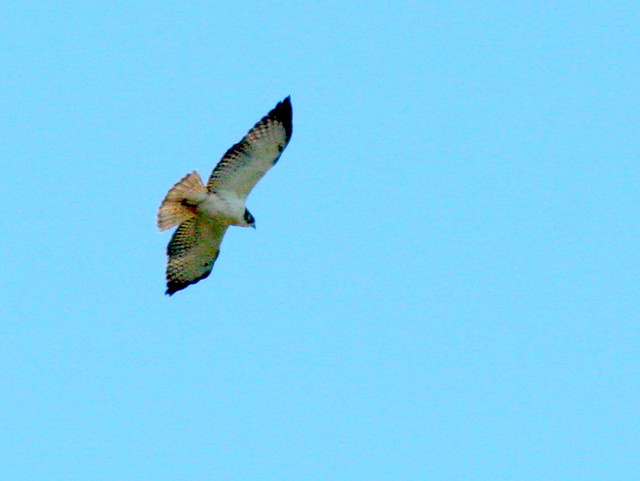 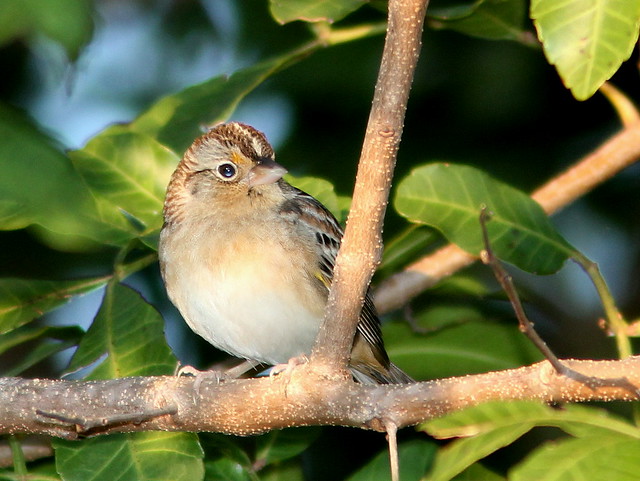 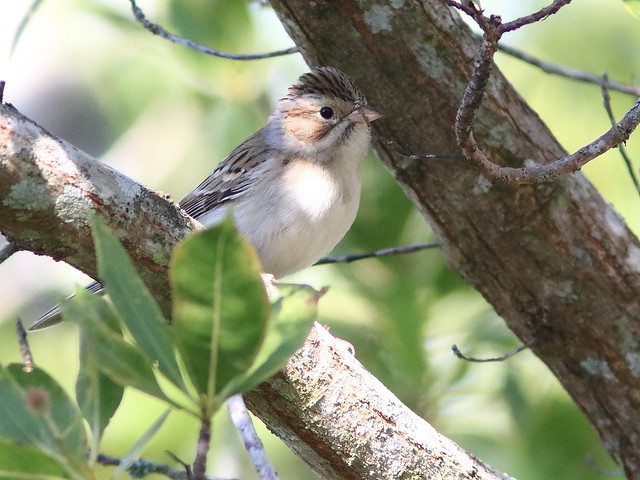 Despite the pandemic, I added five new birds in 2020. Indeed, it was liberating to walk mask-less in the Wounded Wetlands.

My highlight new species in 2020 was a Yellow Warbler (actually there were two), my only Florida sighting of this species, on August 18: 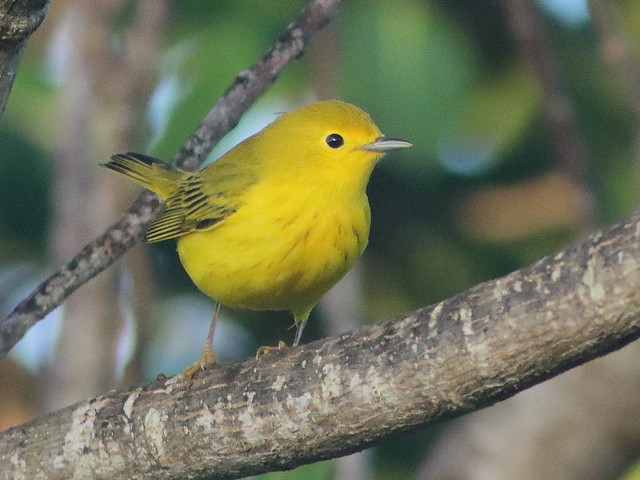 The Law of Diminishing Returns was working against me when 4 Semipalmated Sandpipers appeared at the edge of the lake on May 24, 2021. This species can be difficult to distinguish from the Western Sandpiper.

Over the years I have seen small sandpipers, but never well enough to distinguish their species unless they had the yellow legs of a Least Sandpiper, another member of the Calidris genus.

Yet I assumed that I must have reported the species earlier. Nope, it was always entered as a Semipalmated/Western Sandpiper, not "countable" by eBird. I had backed into a new species!

Semipalmated Sandpiper #183 in the Wounded Wetlands, foraging in very early morning light. Note the webbing which covers only the base of its toes, hence its name: 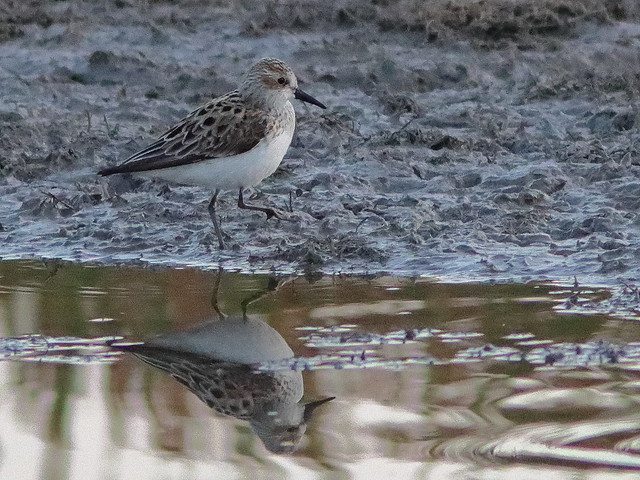 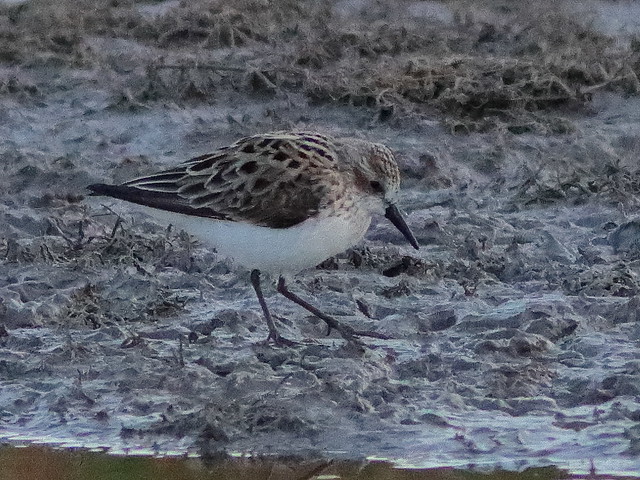 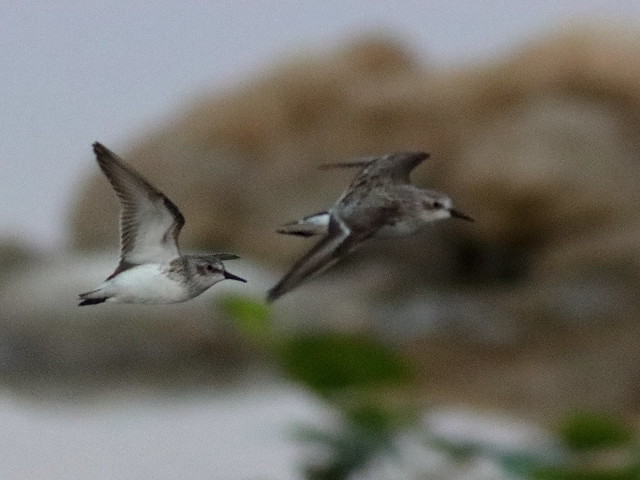 Here are Least and Semipalmated Sandpipers in much better light, feeding in a pond near our second home in Illinois, July 17, 2012. The Least Sandpiper displays its yellow legs: 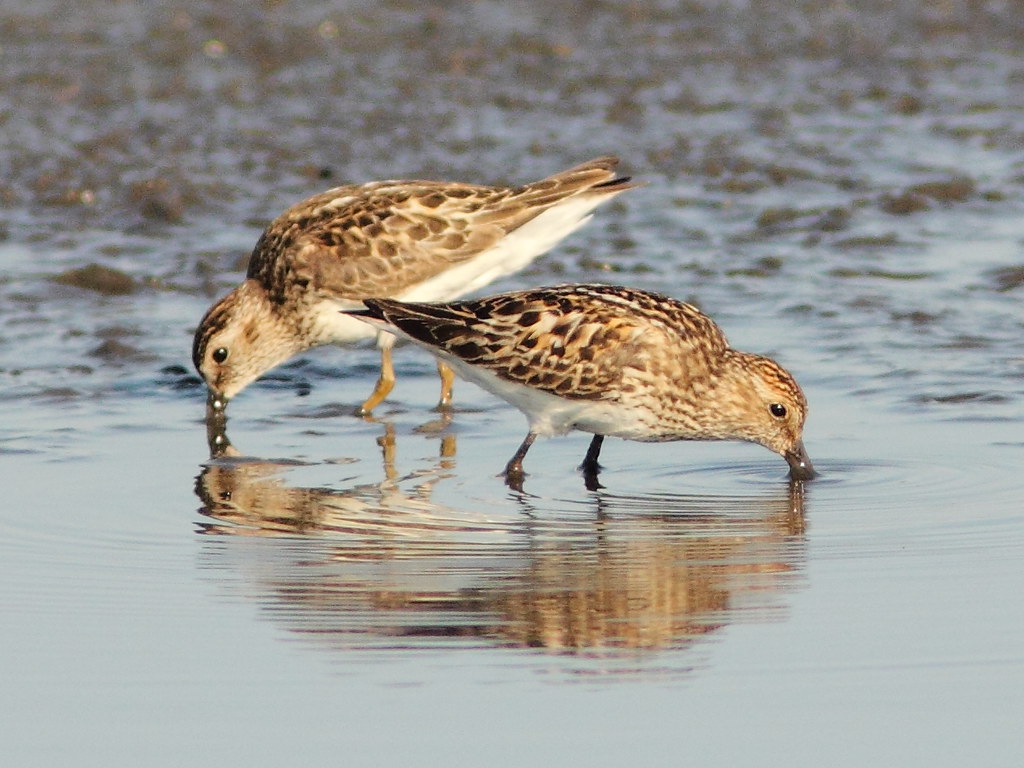 Diminishing returns indeed. So far this year my addition of one species has raised my total count for this patch by only 0.54%.

As my musing maysuggest, I have not been out in the field very often this past week.  Avian highlights were a Pileated Woodpecker... 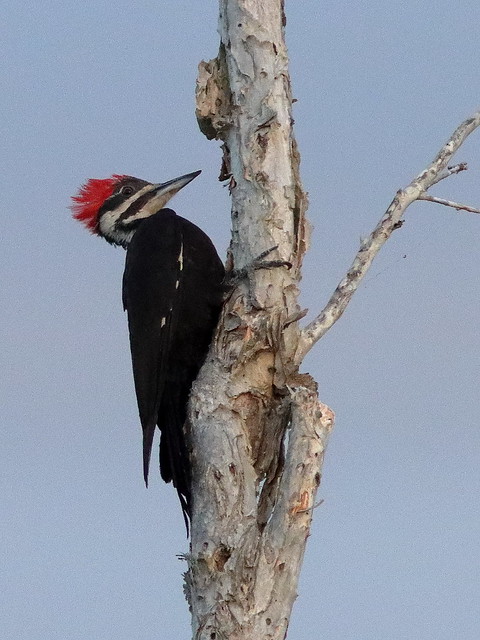 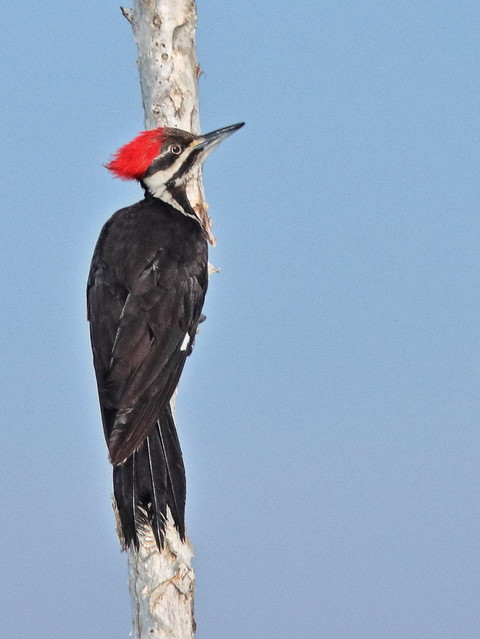 ...and a juvenile female Northern Cardinal: 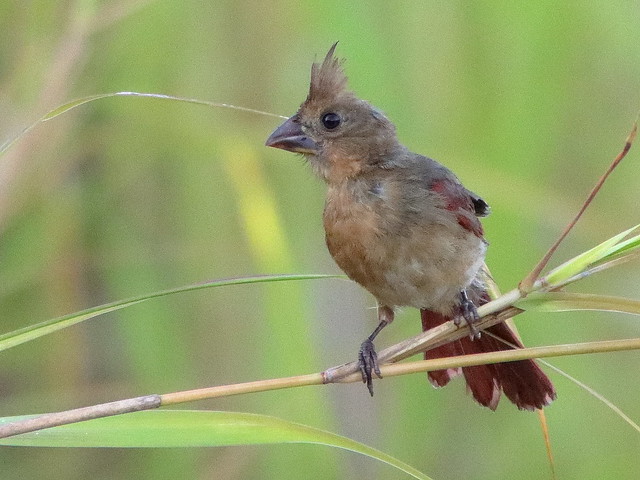 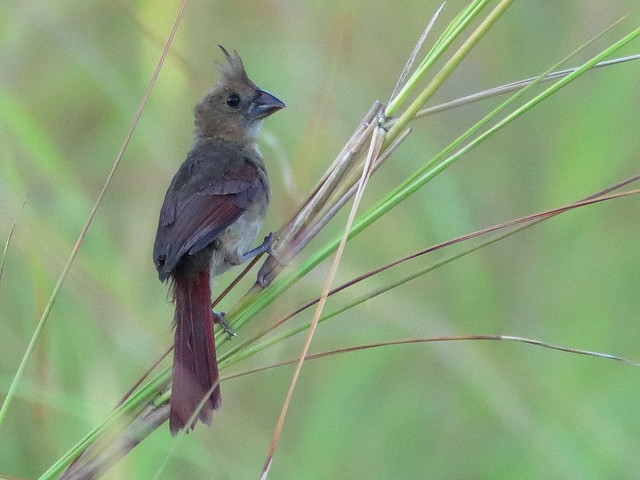 A young Raccoon silently watched me from behind a tree trunk: 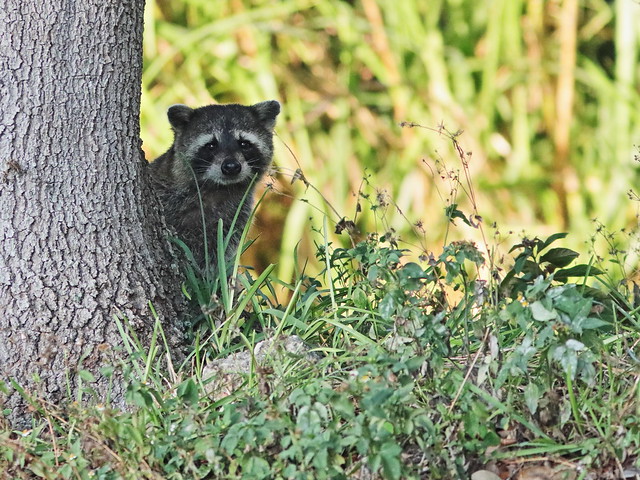 In the lake, Longnose Gar: 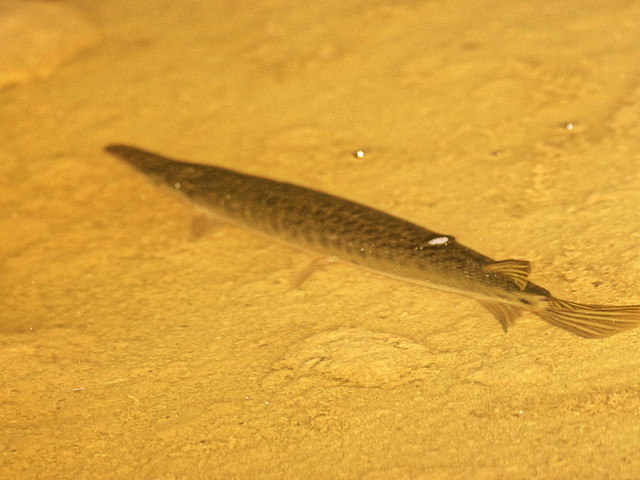 The pilot of a motorized parachute was checking his phone: 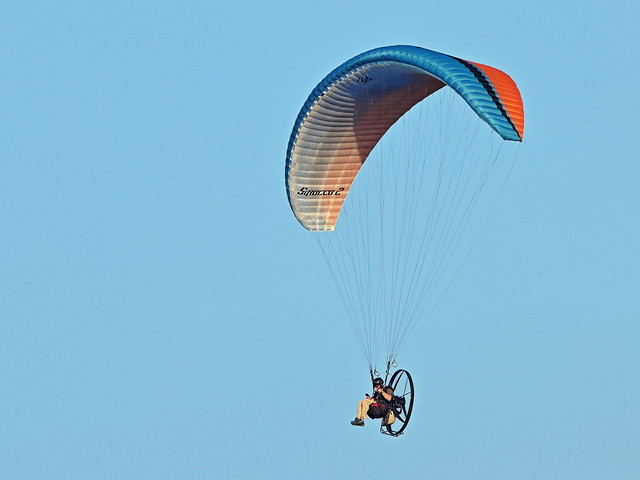 Before sunrise on May 30, Jupiter and Saturn were lined up with the Moon in Aquarius (iPhone photo): 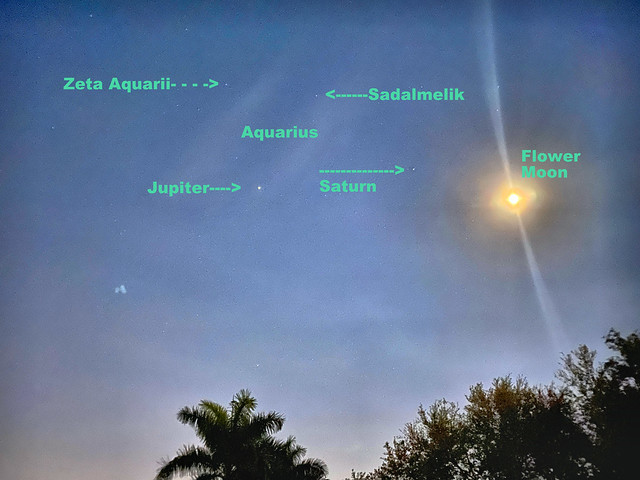 Hand-held DSLR photo of Jupiter and three of its moons, a bit jittery: 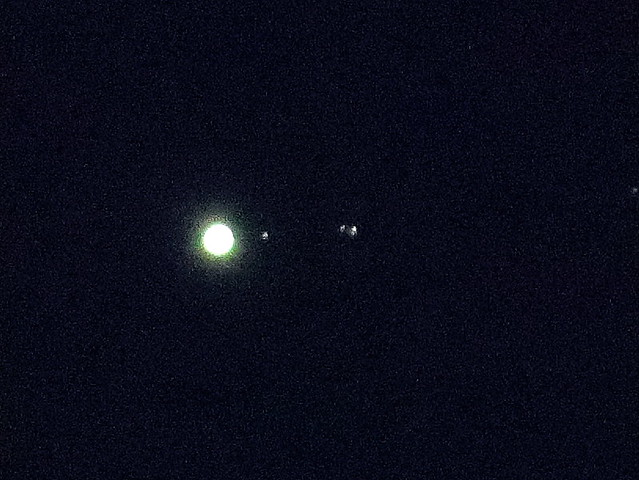 Storm clouds to the east  broke up the rays of the rising sun... 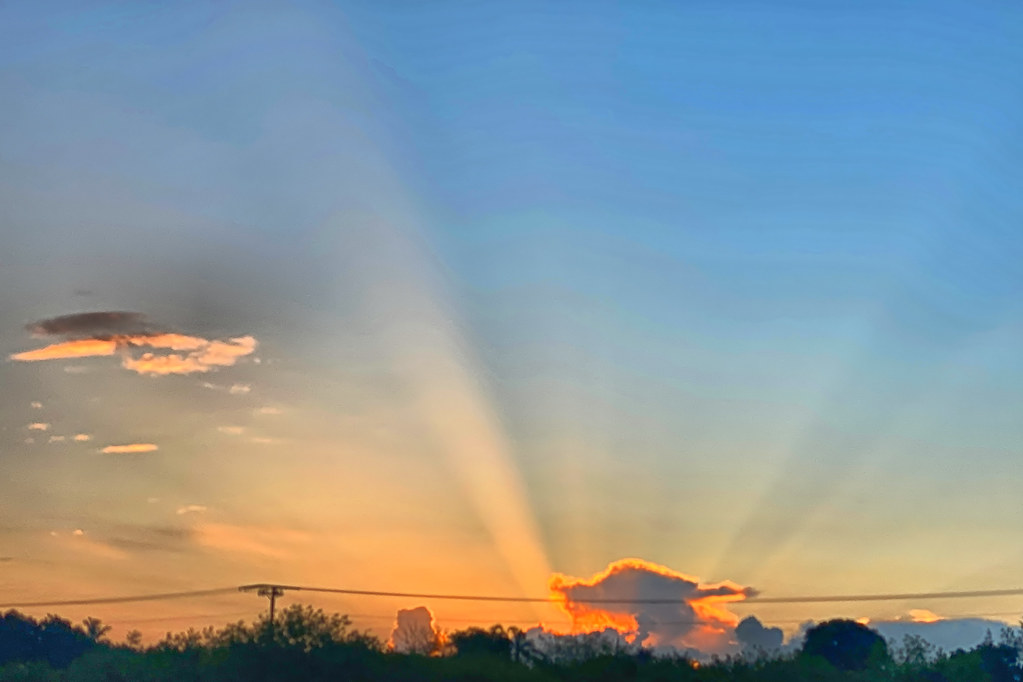 ...which reflected on the smoke from several wildfires and converged on the western horizon: 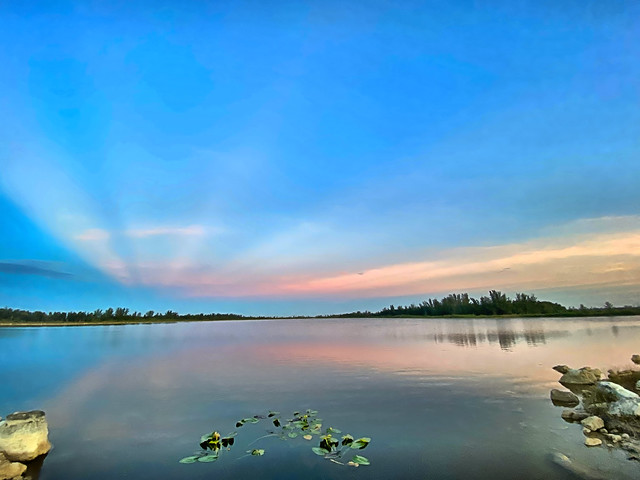